The 'Fog couch' comes to London.

ONE PERHAPS INCONGRUOUS element in Danish artist Olafur Eliasson’s spectacular and engrossing retrospective at Tate Modern, is … a sofa. Eliasson, with his manifold curiosity and experimental verve, has collaborated with the Danish textile company Kvadrat since 2007. ‘Fog couch’ (2018) is the latest project, first conceived as a site-specific artwork for Kvadrat headquarters. 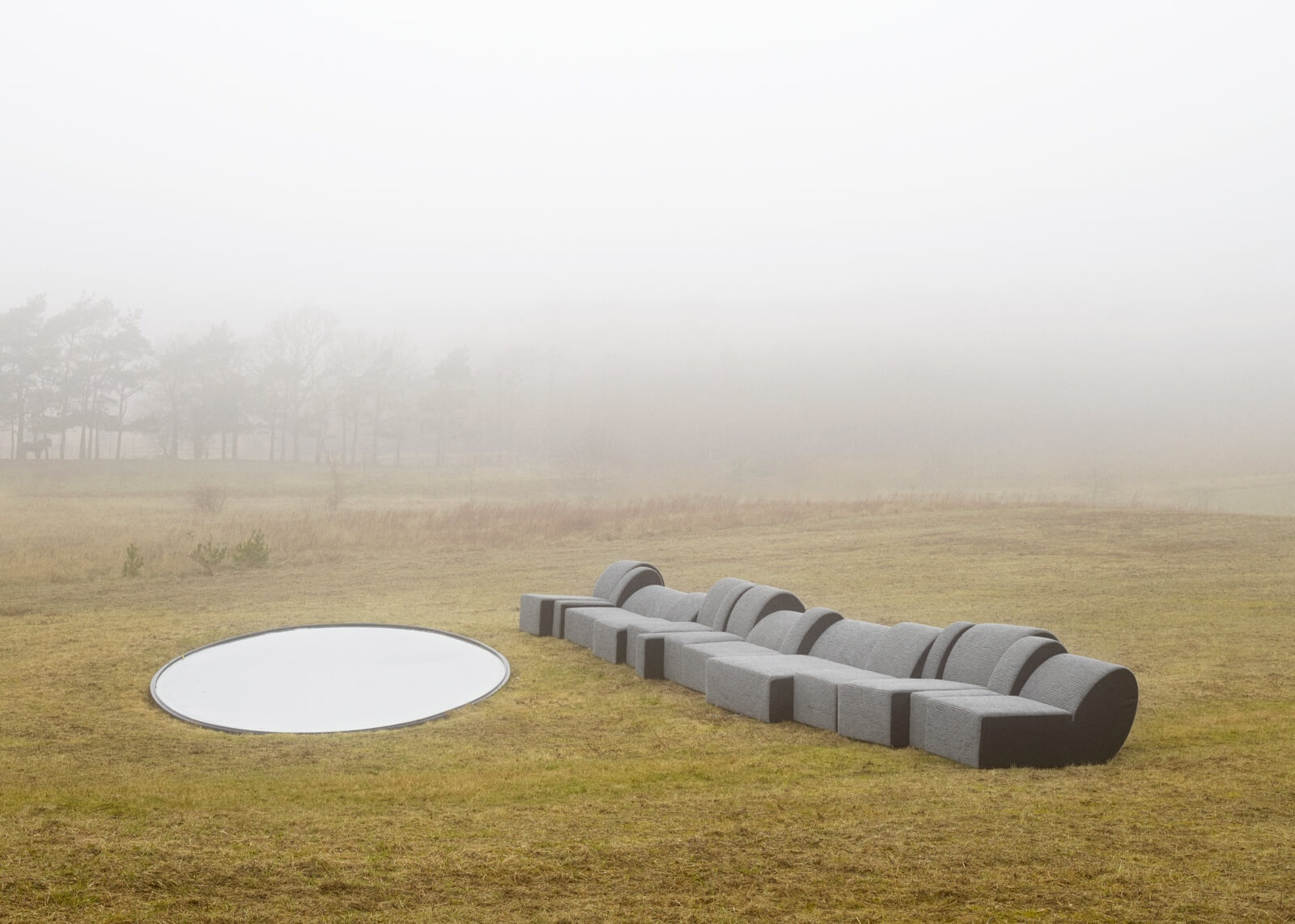 To create the ideal surface for the piece Eliasson and his team spent more than five years researching textile techniques. They worked together with Icelandic artisans to develop a flat knit which uses techniques similar to those used in knitting wool sweaters.

Like the shape-shifting element it is named after, ‘Fog couch’ never settles into a single form. Instead it is composed of modular segments, each of which has different dimensions, depending upon on the relationship between the elliptical back section and the rectangular base.

In 2003, Eliasson wowed visitors to Tate Modern with ‘The Weather Project’, his fake sun, which filled the Turbine Hall, bringing people together in mesmerised wonder. This retrospective is also full of weather – sun, rain and fog – conjured through art. Amusingly, in this exhibition subtitled ‘In Real Life’, the only practical, functional, and, if you like, real, object, is this ‘Fog couch’. 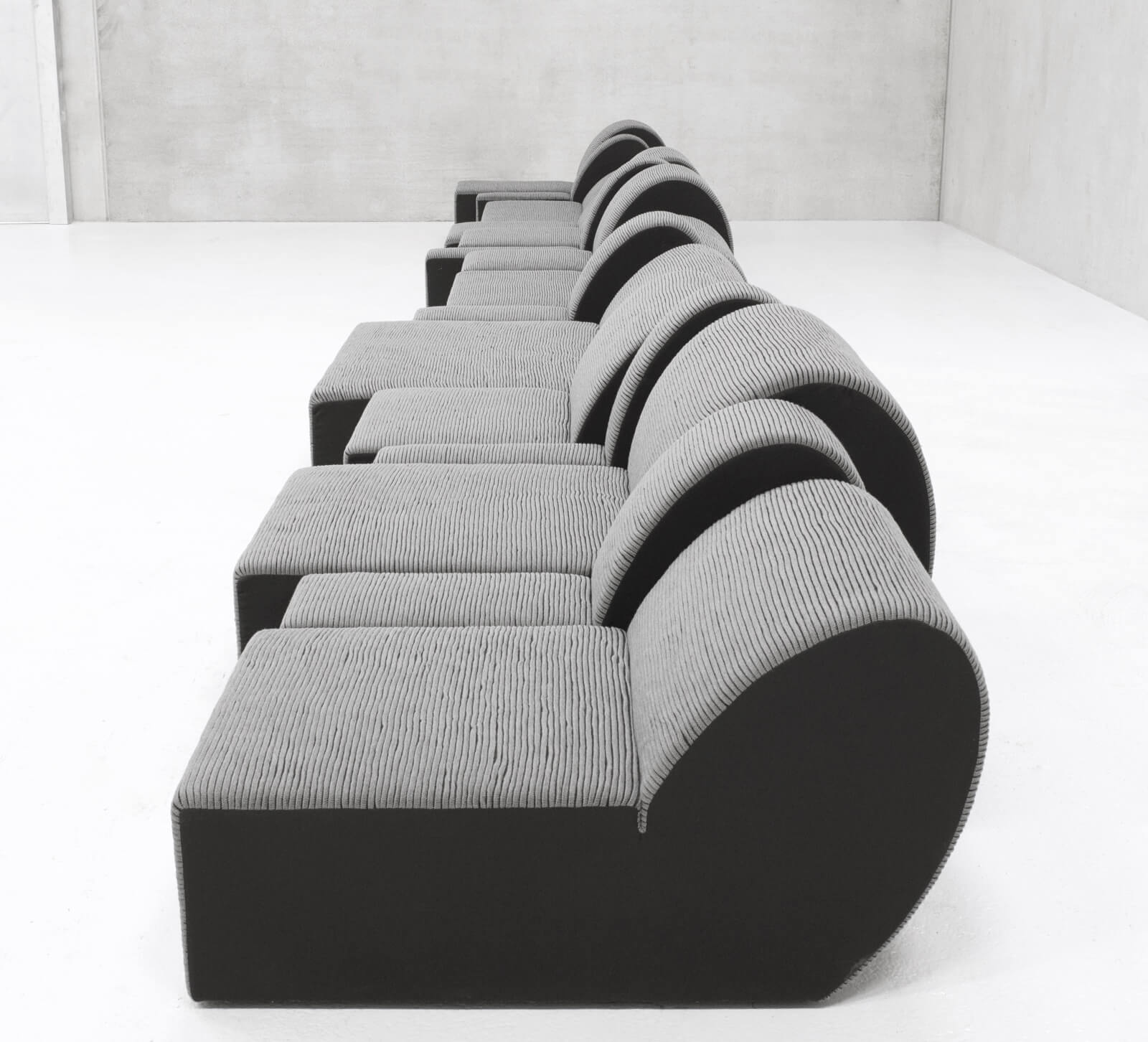 ‘Fog couch’ is part of the exhibition ‘Olafur Eliasson: In real life’ which is on show at Tate Modern.