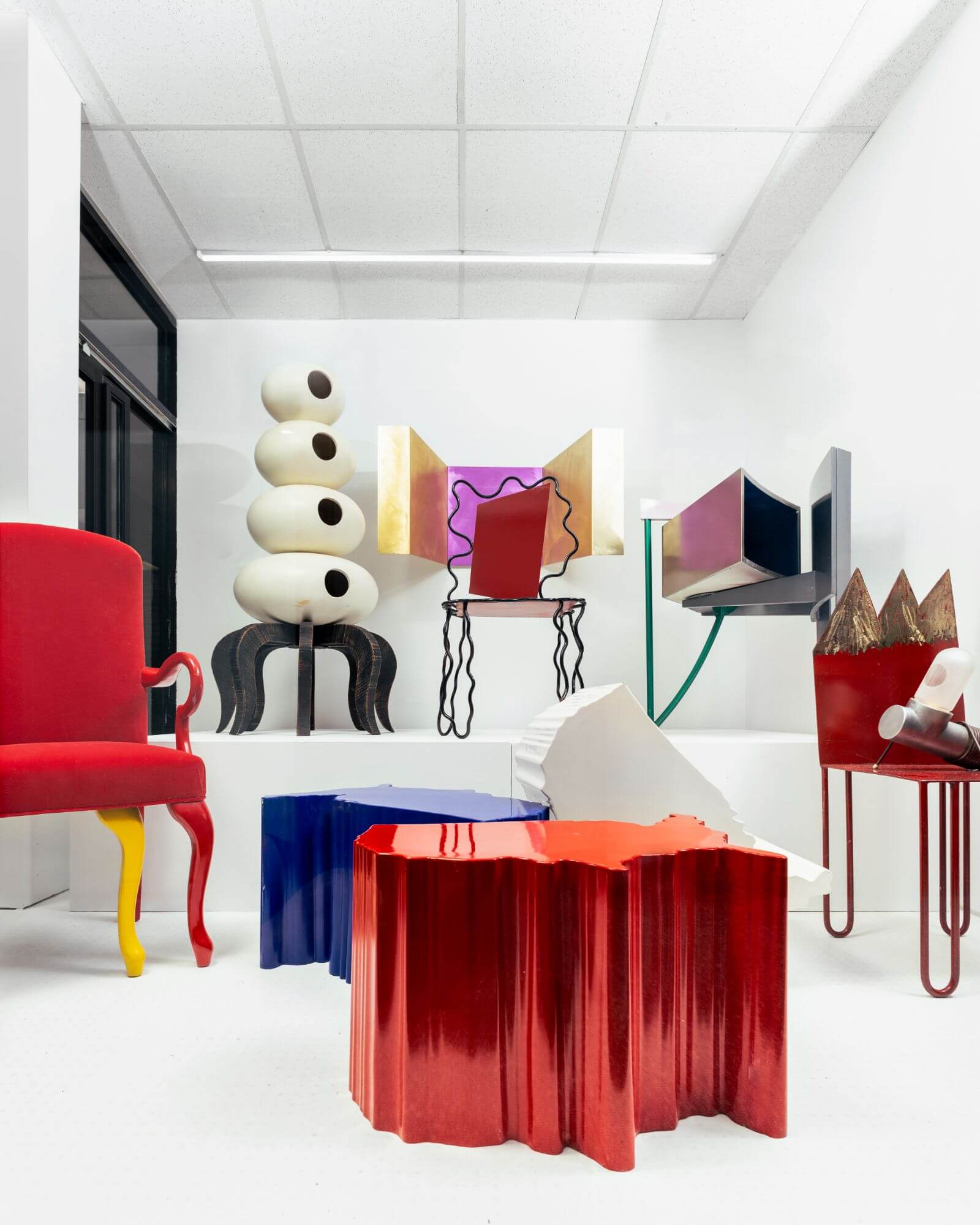 THE HOMOGENISING FORCE of themes as a curatorial strategy was recently analysed in The Manhattan Art Review, “[it pressures] artists to follow trends to assure their relevance, which reinforces the centrality of the trend by making itself pervasive through artists naturally caving to pressure and conforming.” Worse, themes themselves have been homogenised and there are only two (identity, the environment) that seem to be available at the moment. An alternate mode of grouping work is to use a broader bandwidth: one, for instance, connected to time. Superhouse Gallery’s current show, ‘Return to Downtown’, is of this variety – and the results are genuinely edifying. 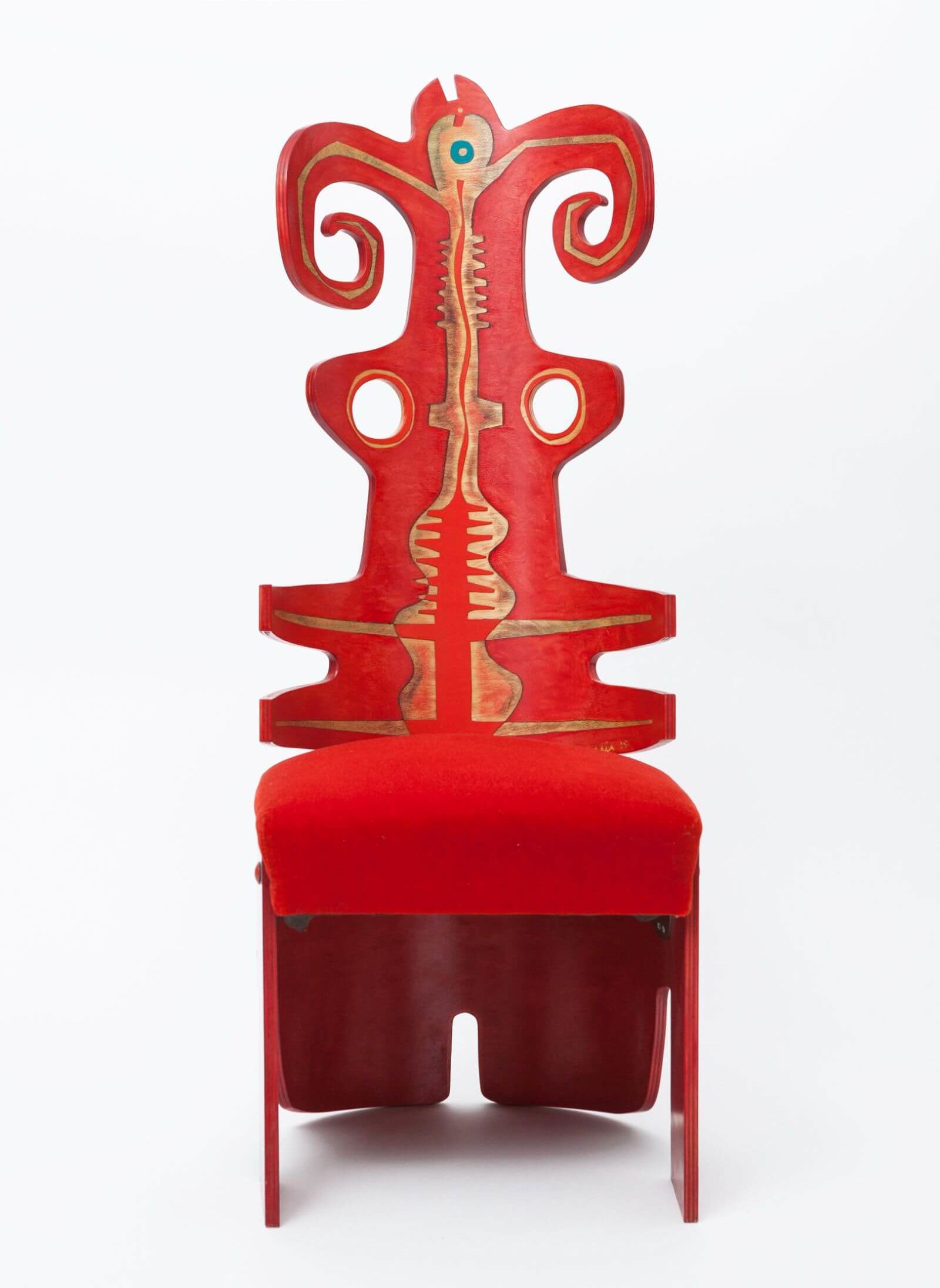 Experimental design is a poorly documented field. So much so that we need rogue anthropologists rustling up forgotten but significant works from the pre-internet oblivion, in order that we who speak in emojis across fibre optic networks can believe that they once existed. Which is precisely what some galleries are now doing. Consider Superdesign, a film commissioned by gallery R & Company on the Memphis movement, for which filmmakers Francesca Molteni and Maria Cristina Didero interviewed leading figures of 1960s-70s radical Italian design. 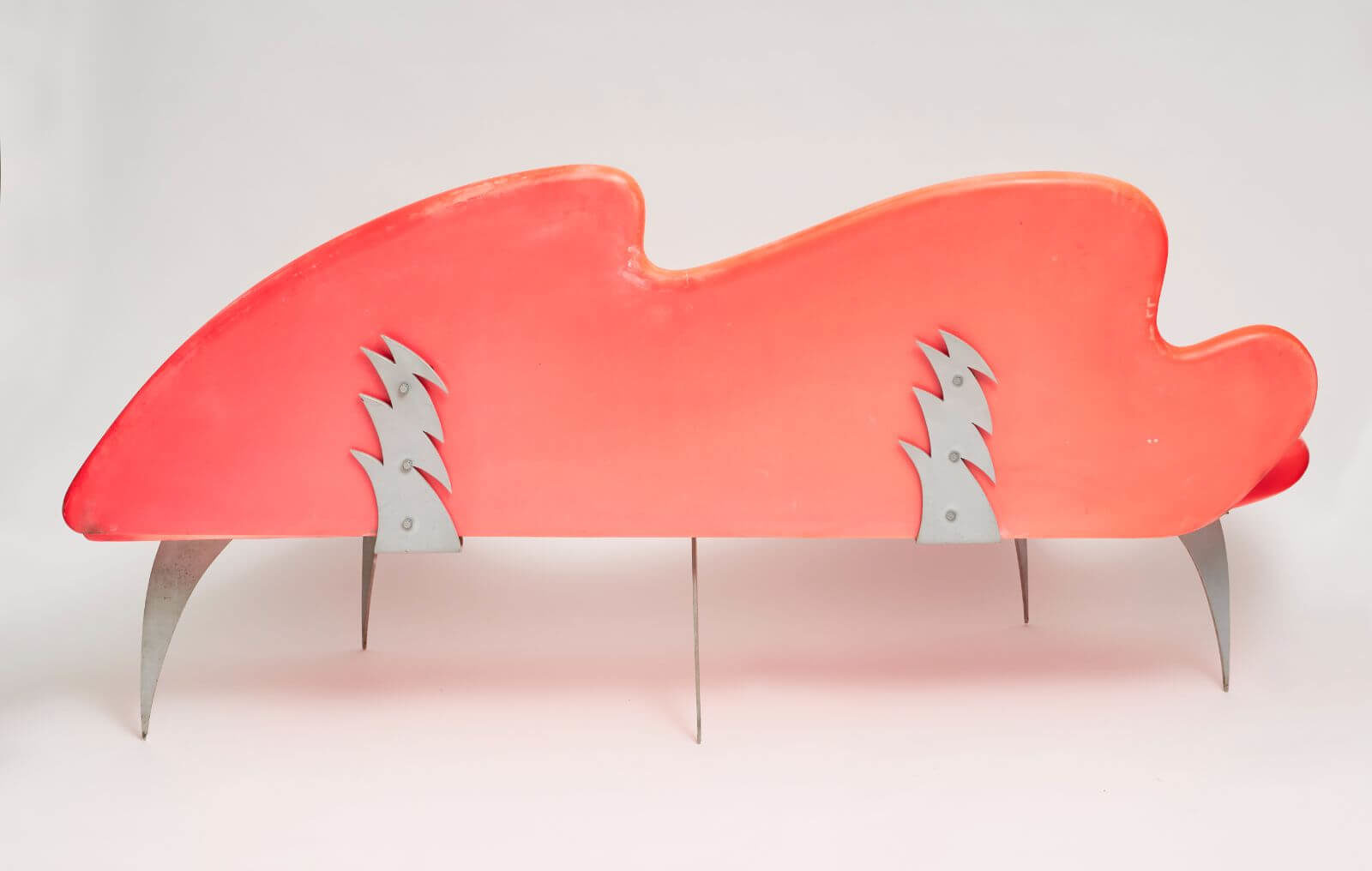 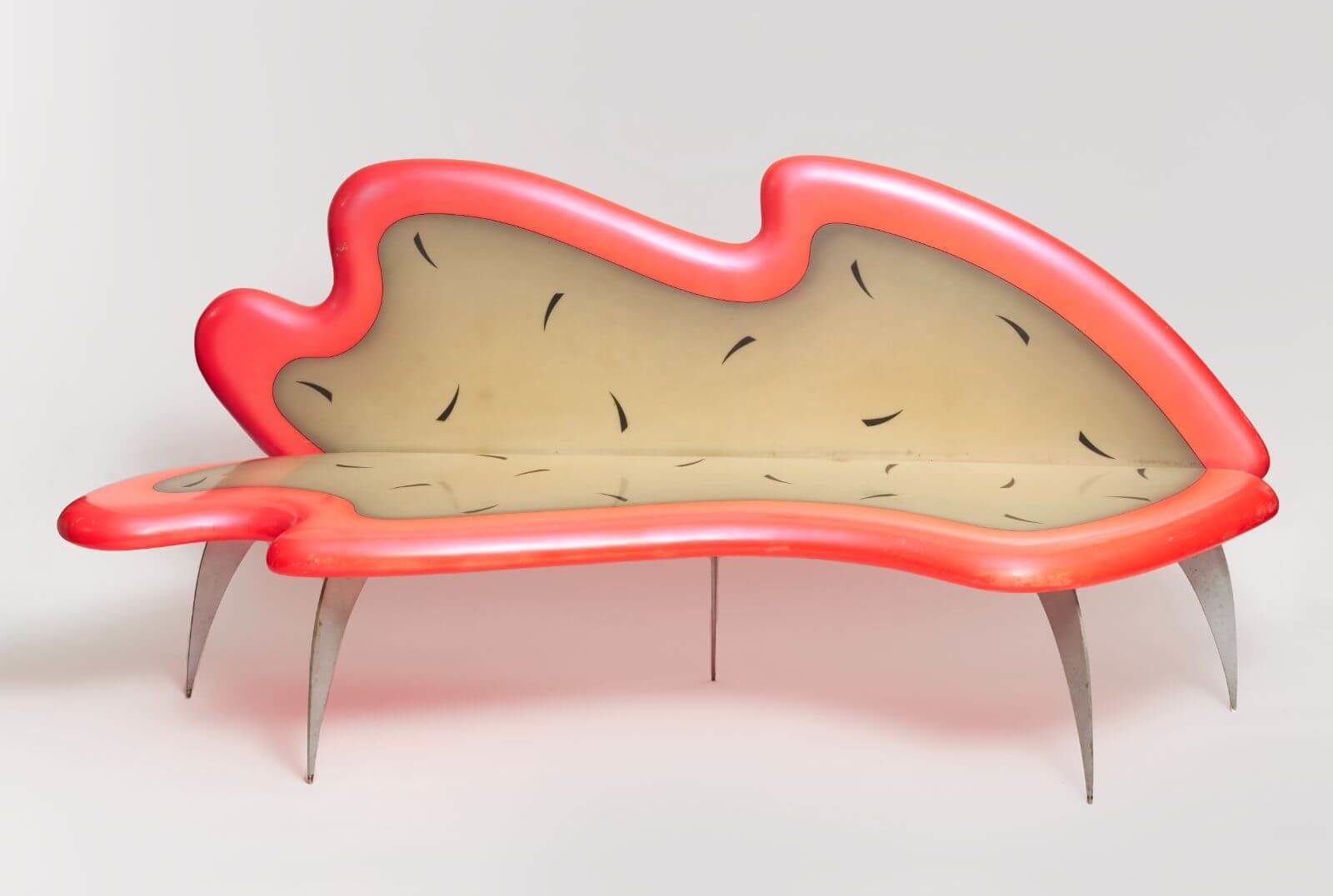 The film finds Piero Gilardi living above a basement infested with his animatronic installation of freakish wonder-plants, ‘Inversomile’. Fast forward four years and the octogenarian Gilardi is now having his first institutional solo show in the United States, at Magazzino. The market may be a gibbering imbecile, but every so often it saves a baby. 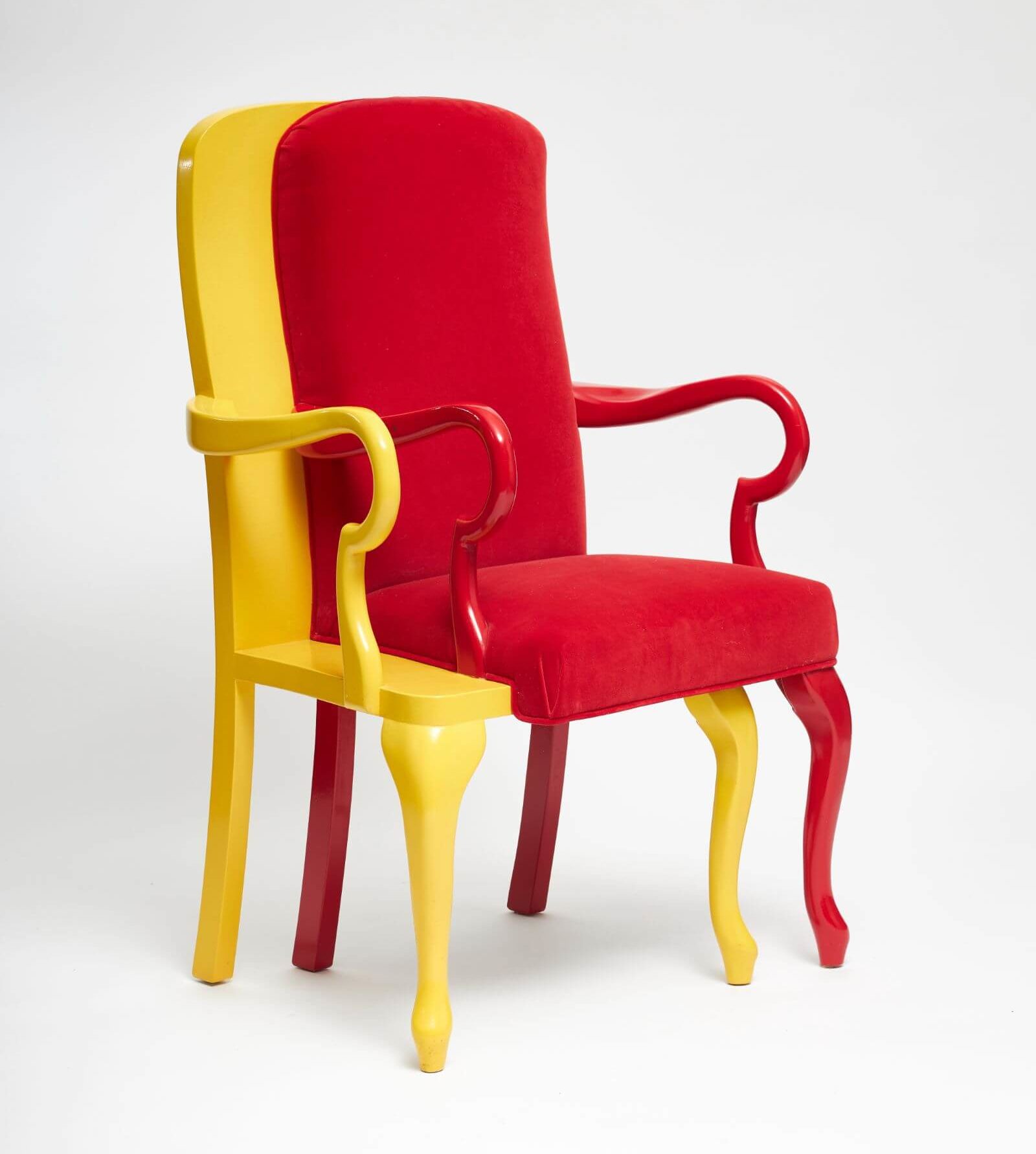 Earlier this year Emma Scully Gallery mounted a re-edition of Jane Atwood’s recycled plastic chair; very possibly the first recycled plastic chair ever. In January, Friedman Benda staged ‘Creative Salvage’, a show about a movement from 1980s London that I had not heard of prior to the show. 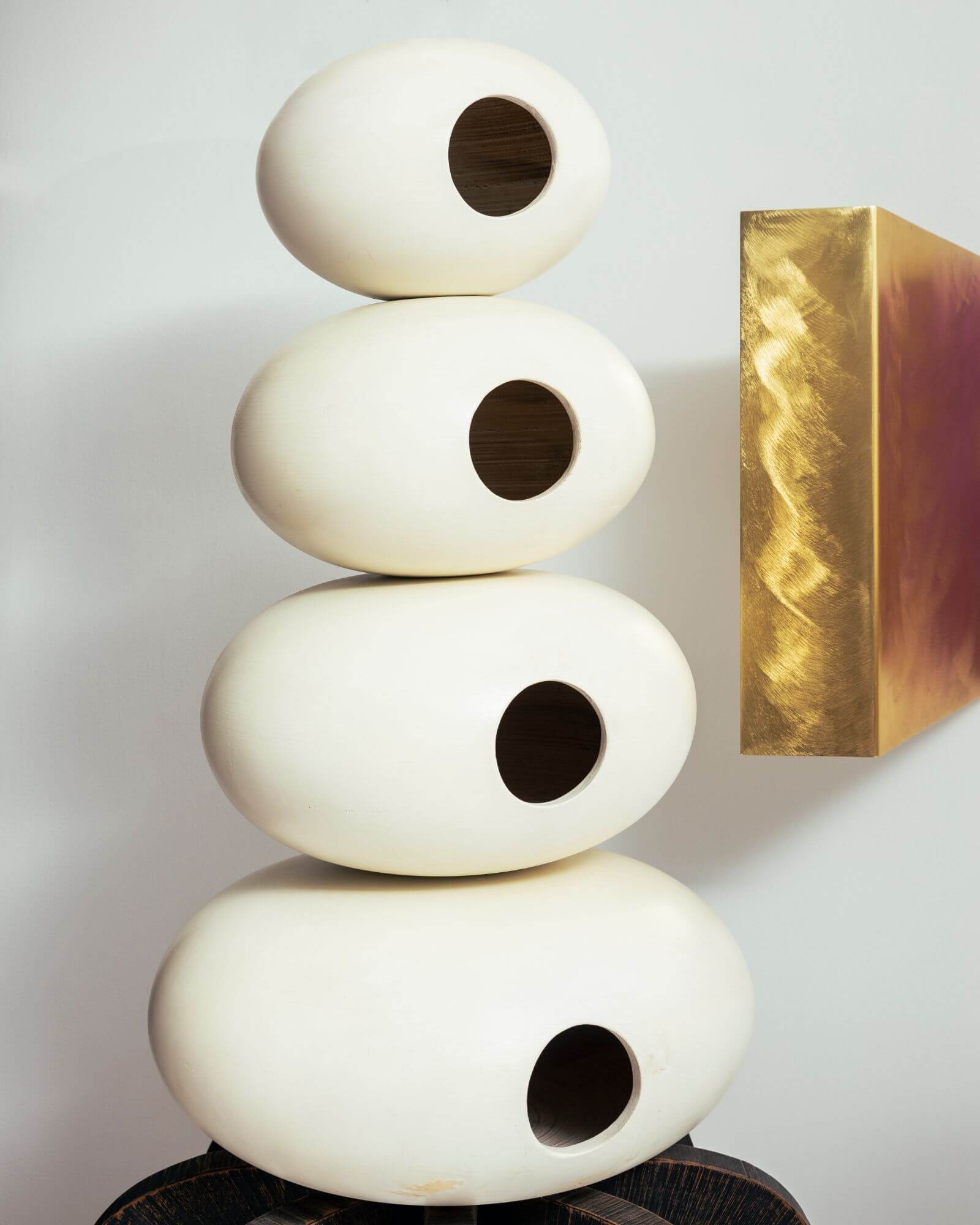 Most satisfying of all, Salon 94 Design recently brought to the surface the long overlooked 1960s work of Kate Millett. Holy mackerel was that something. And now Superhouse, in collaboration with Magen H gallery, has rescued several more babies. My baby metaphor gets troublesome here because these babies, as I’m calling them, are, well, not so young. Three of them, Jim Evanson, Lisa Evanson, and Laura Johnson Drake died during the planning stages of the show. 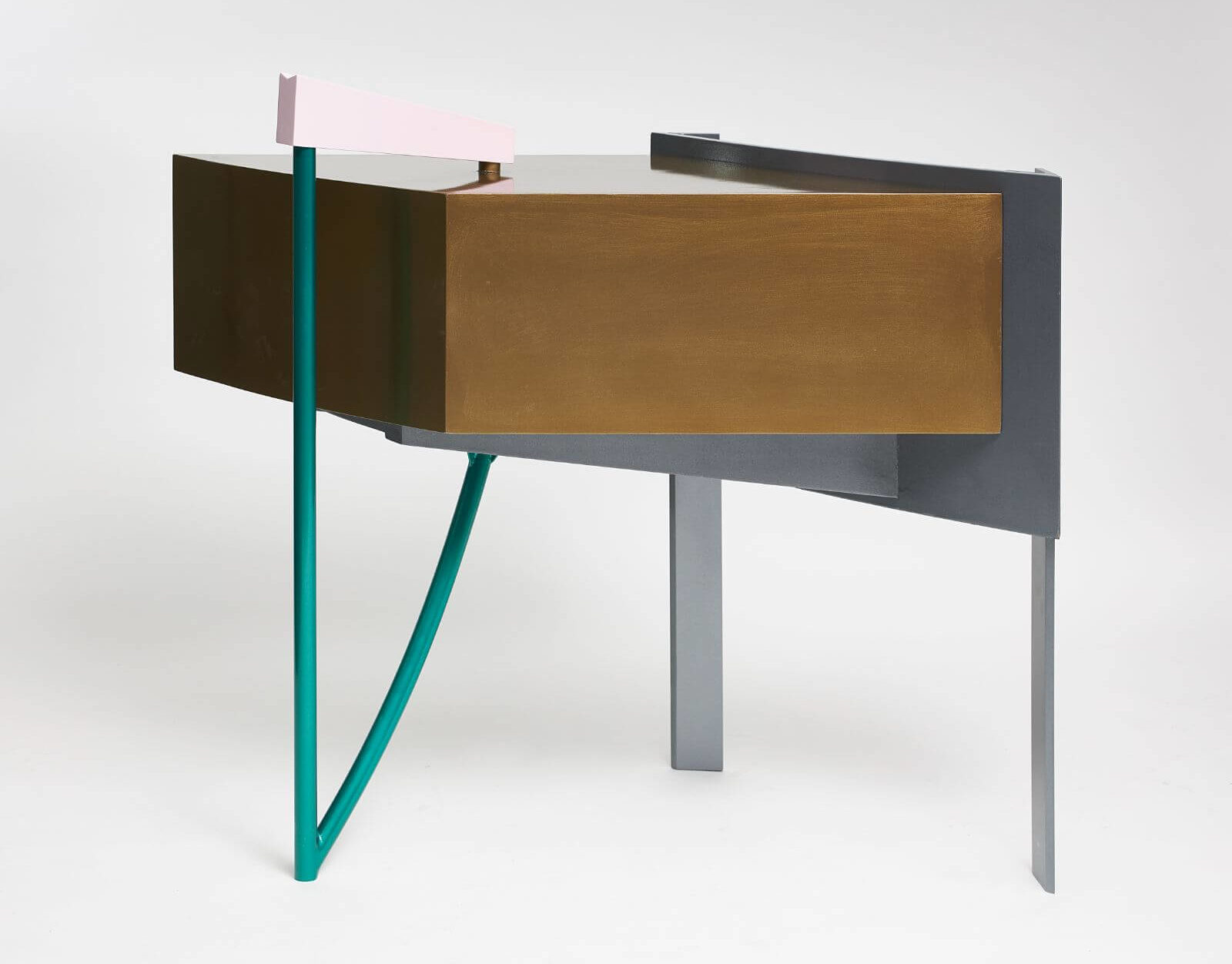 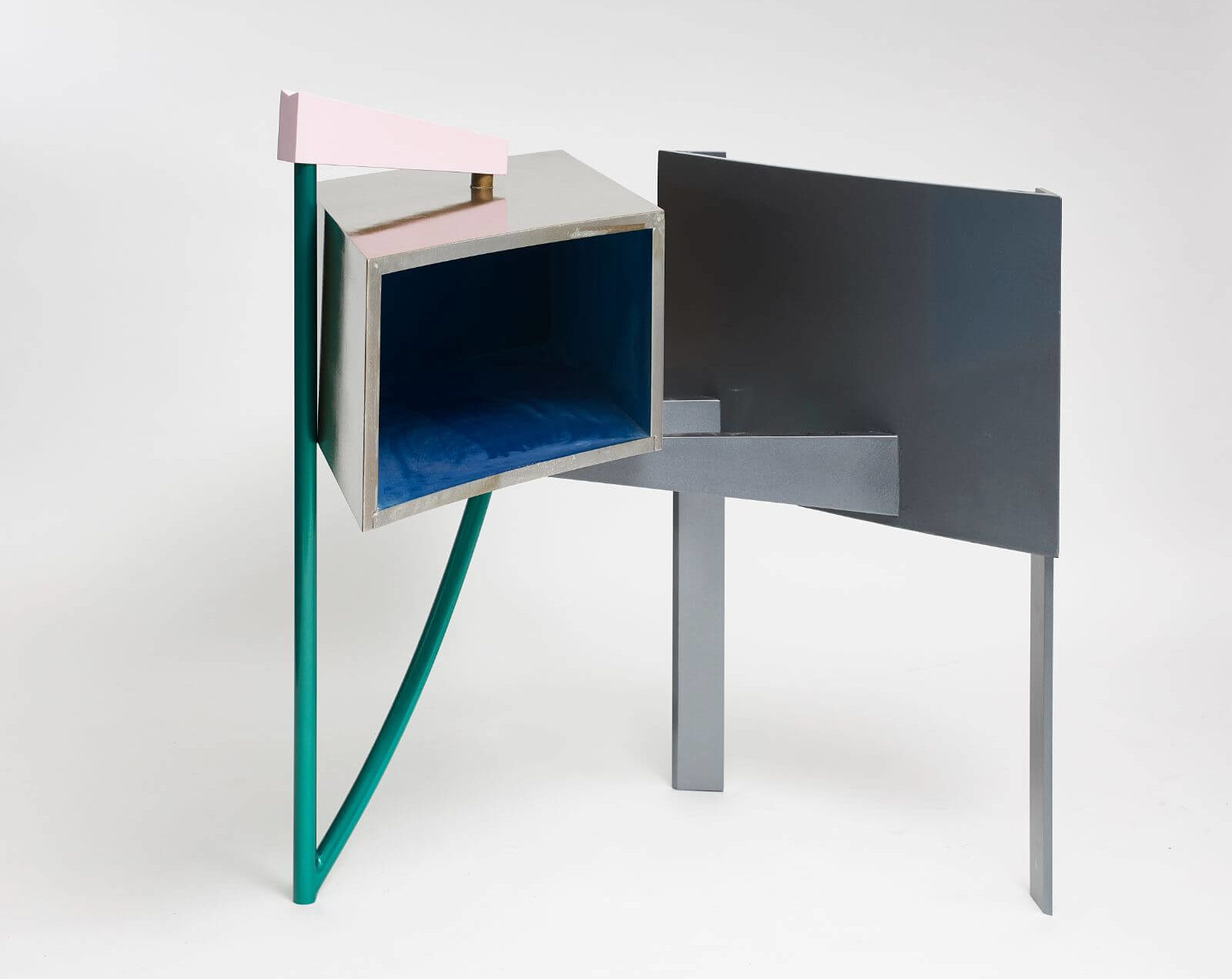 If this is a disappearing generation, you wouldn’t know it from looking at their work. What’s immediately apparent upon visiting the gallery is that our moment is not as fresh as it imagines itself to be. What does it mean that this collection, mostly from the 80s, looks like it was made yesterday? Were the designers ahead of their time? Are we behind ours? Has furniture design been in a stasis? Or is the pendulum of style reaching a moment of transtemporal coincidence? Turns out it’s a little bit of all of that. 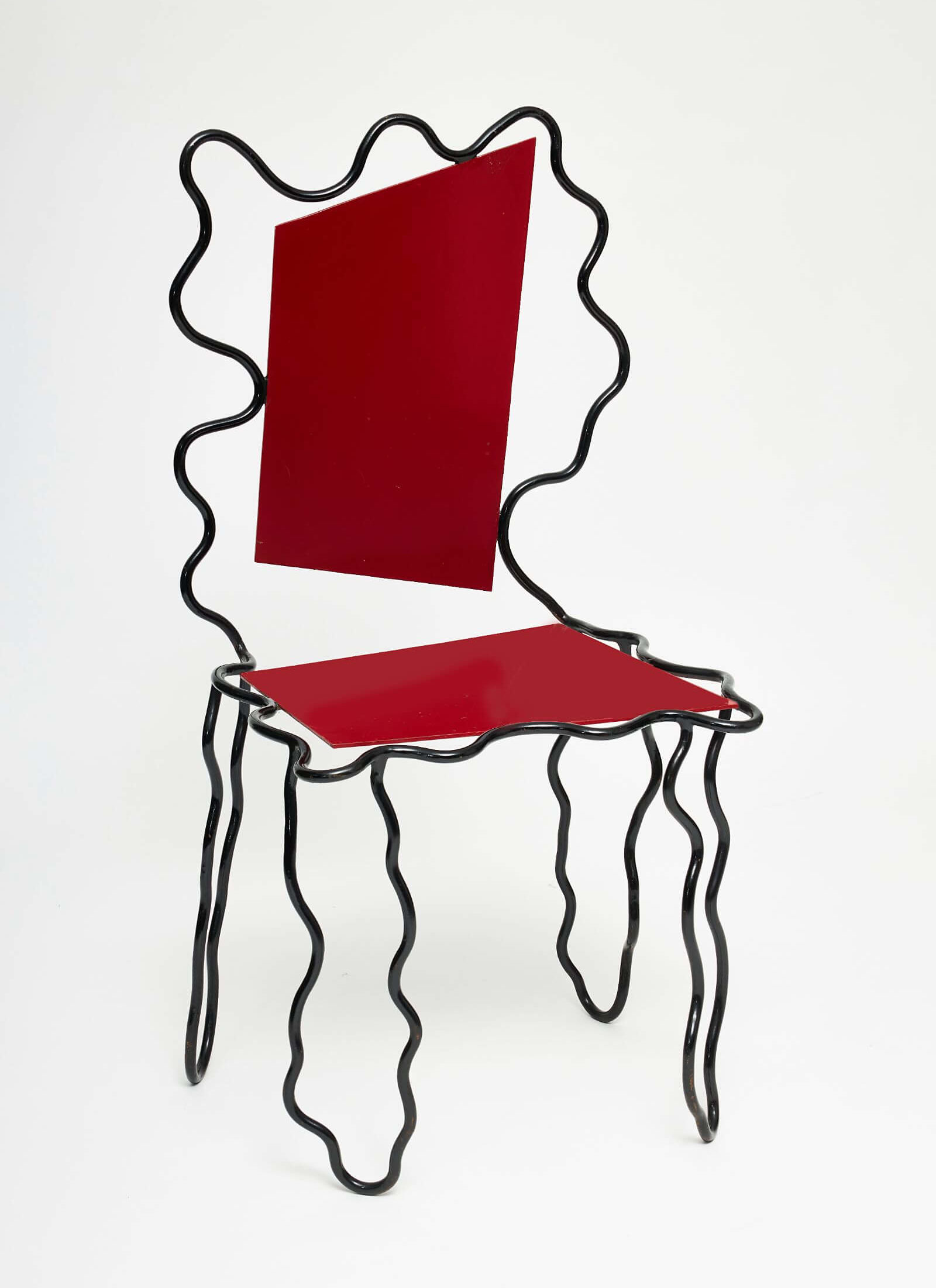 I’ll note a few quick examples. Howard Meister’s ‘P. Strut’ chair (1982) presages the squiggly linework and bold colouration of Maarten Baas’s clay series. It contrasts a steel rod frame that feels pencilled into space with the broad flat planes of the backrest and seat. James Hong’s work fords a gap between Shiro Kuramata and what sci-fi looked like in the 80s (see Brazil). A sausage-thick steel jacketed electrical cable runs to the bottom of his Karnak bookcase, supplying power to several candelabra-sized blue lights. 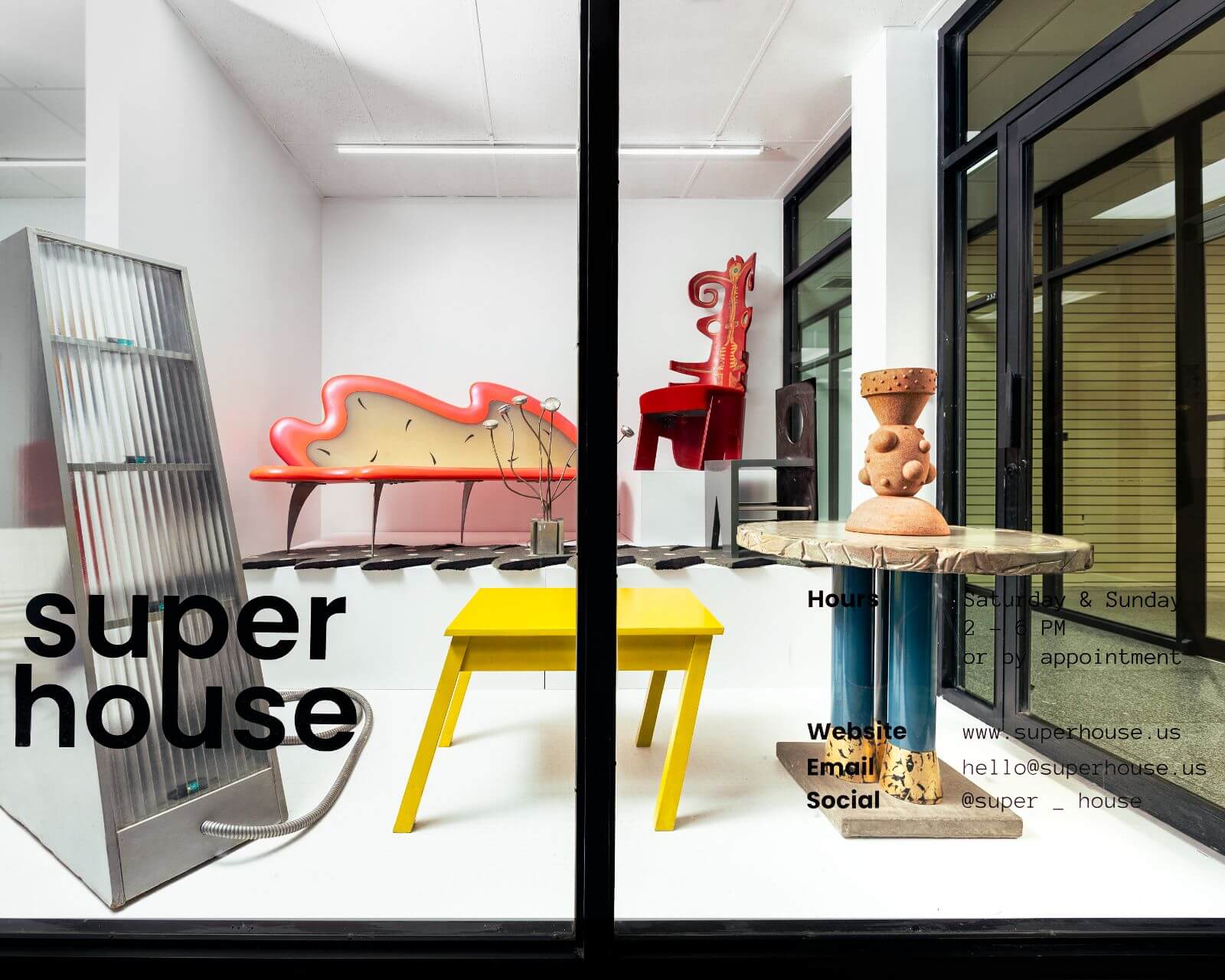 Main & Main’s ‘Moondog’ lamp exemplifies the neotenic anthropomorphism recently reinvigorated by design studio Jumbo. The work has a brilliant, designerly economy. There is nothing superfluous, no wasted moment, and yet it has an abundance of energy – imagine a table lamp made from plumbing fixtures possessed by the spirit of a panting puppy. 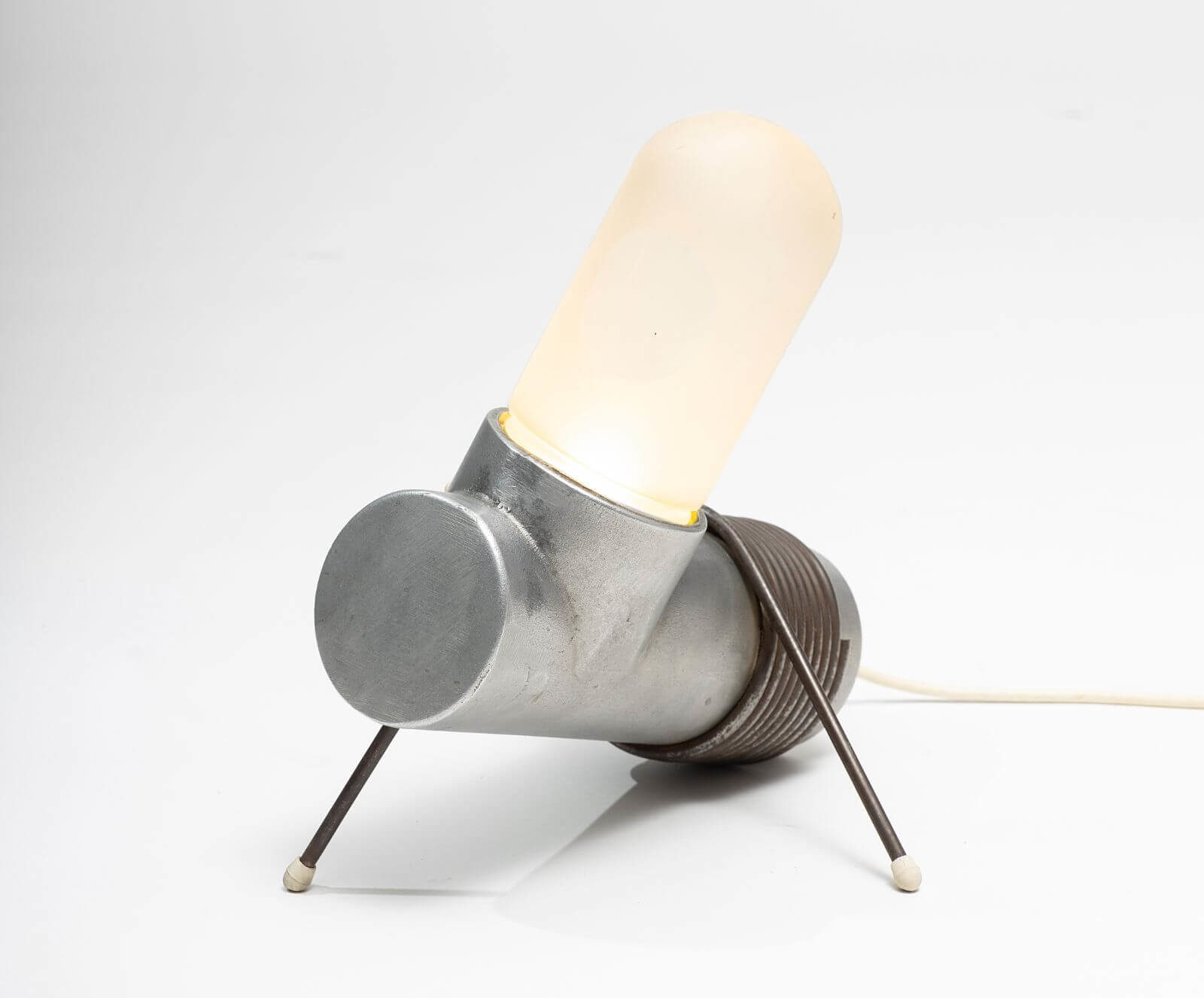 In ‘Return to Downtown’ ways to undermine expectation are all in evidence, from bold colouration and playfulness to the use of furniture typologies. The show reflects the work of designers with a gratifyingly diverse range of aesthetic impulses. The centre of the 80s scene was the now-closed gallery Art et Industrie, where much of the work was previously shown. The art market has vastly expanded since then – and as is often the case, the first get it the worst. 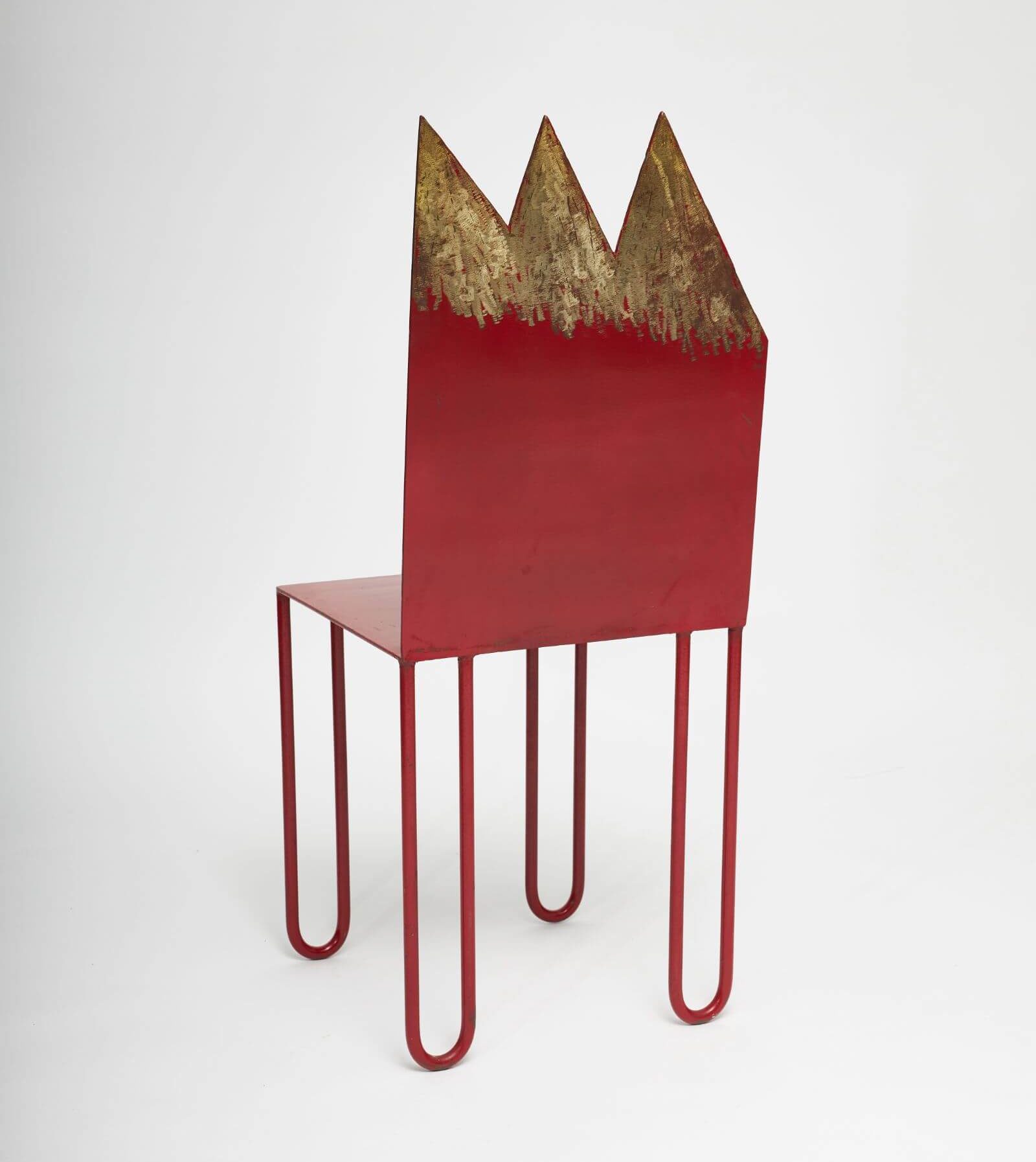 Newspapers, if their forms reflected their content, would be graven in clay tablets – there’s just not much news that isn’t also very old. Because it has never quite gone mainstream, sculptural design has kept its sense of having a fresh edge. Which is to say that most people are not familiar enough with the precedents to know whether any given work popped out of thin air or not. 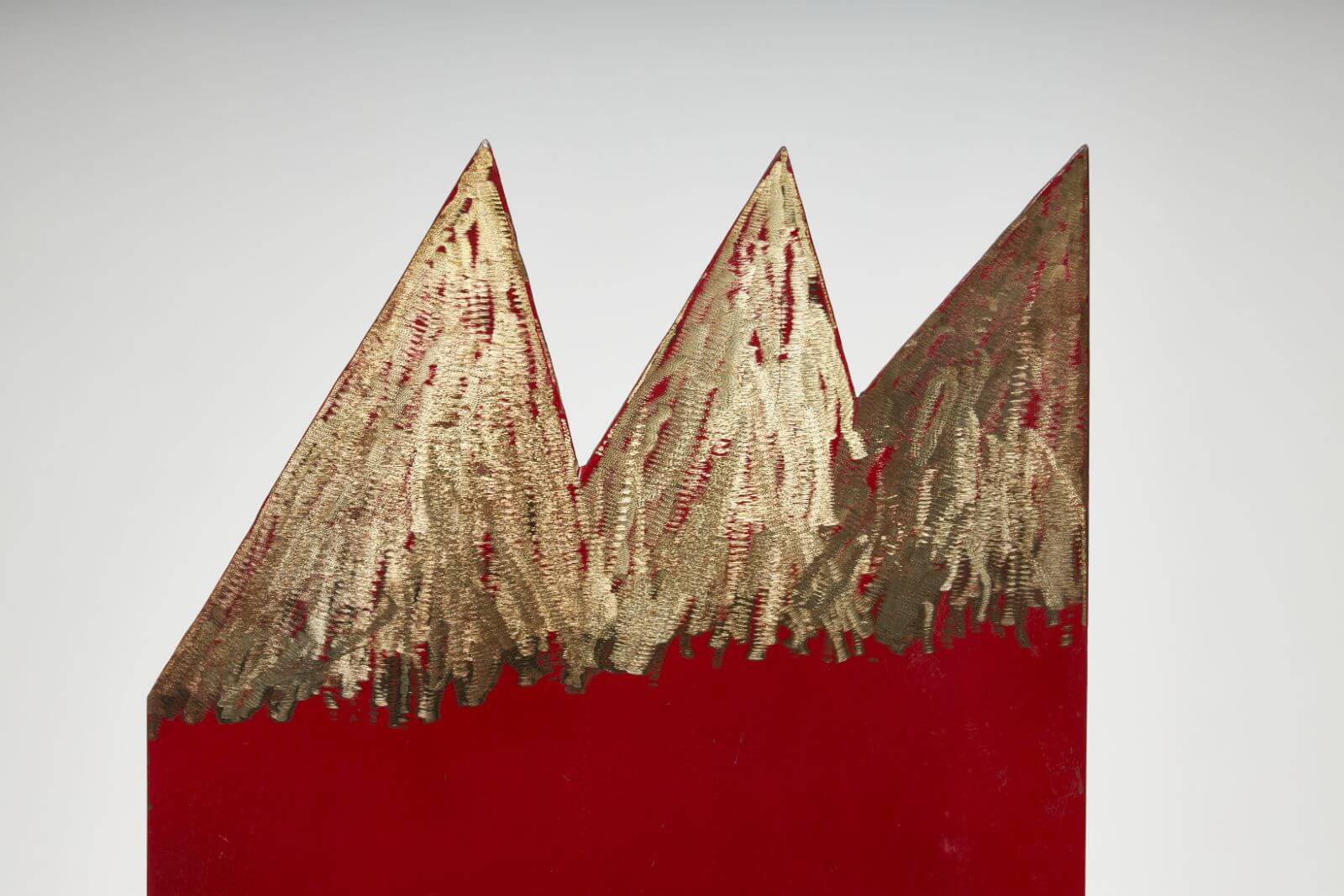 Even for someone who has been immersed in design for a decade, missing pieces of the historical record are still falling into place. I won’t advance a theory as to why, exactly, the field has been so neglected. Luckily, commercial galleries have become unlikely heroes, filling the void by creating an archive of the currents that flow into our present from the past.

‘Return to Downtown’ at Superhouse. 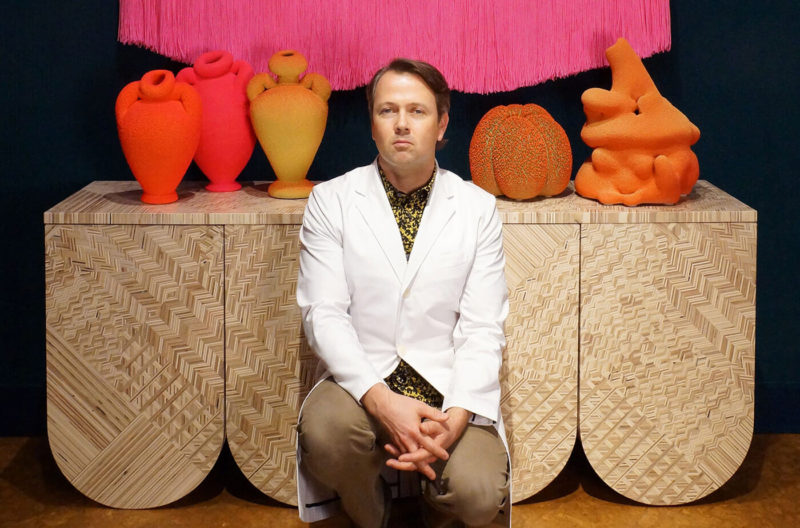 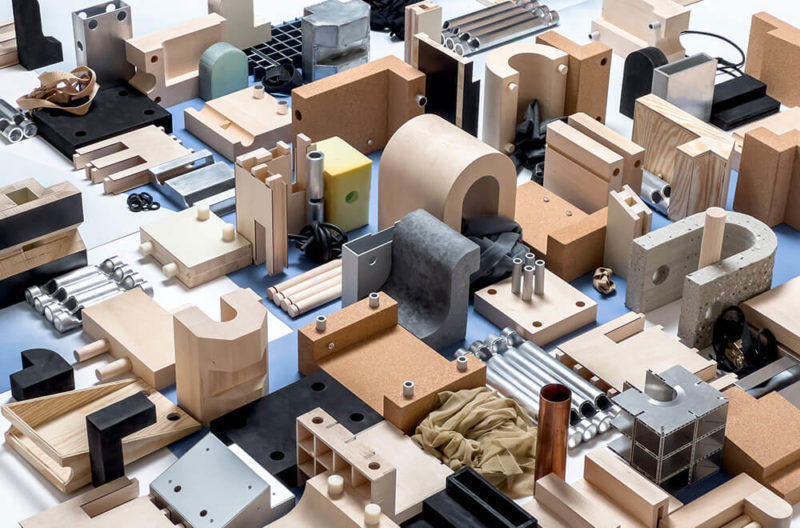 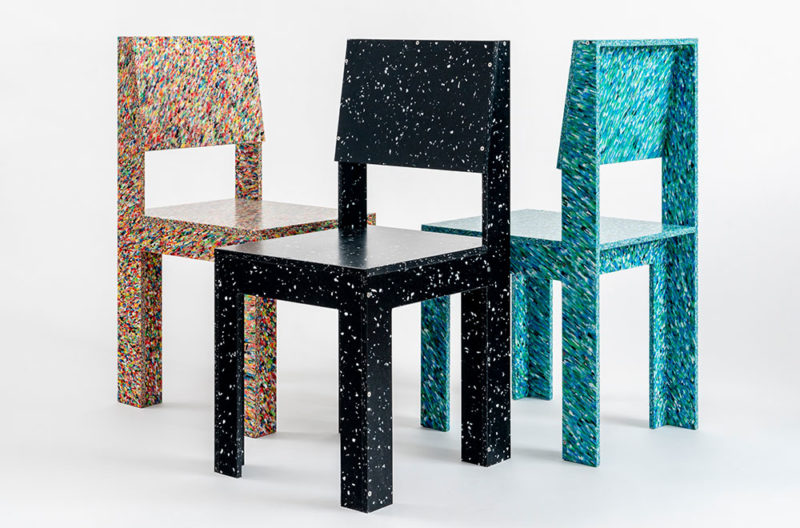