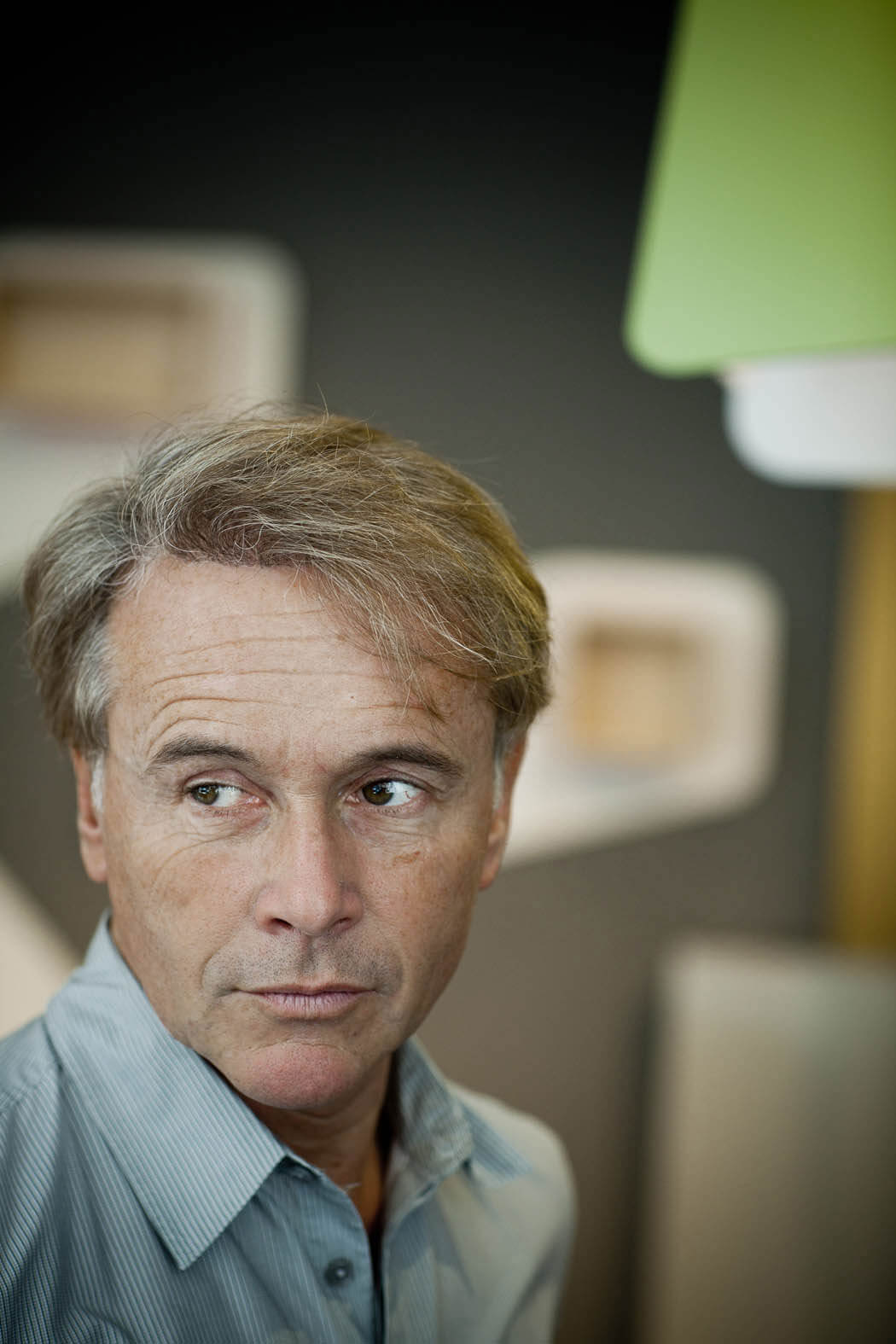 TOOLSGALERIE – ITS NAME expresses its identity. The works this gallery shows reveal a strong connection between technical knowhow and design; between an idea and its physical realisation. First founded by Loïc Bigot in 2003, but re-inaugurated this January, the gallery’s most recent show – which paired Arnoud Visser’s ‘Basket Stools’ with Lise Roussel and Aurélien Veyrat’s ‘Fragments’ columns – reflects the owner’s permanent quest for beauty, through an exploration of process and materiality. 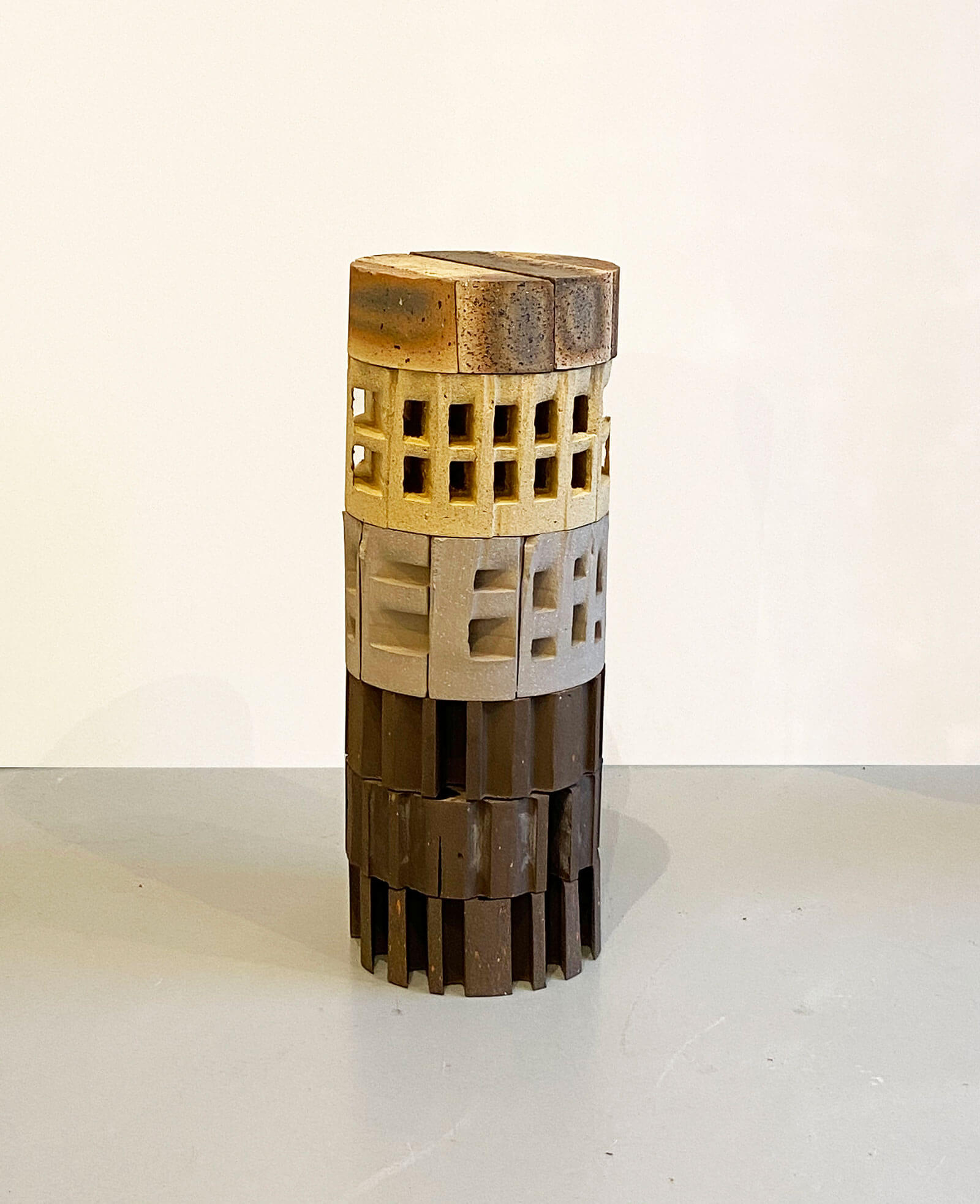 It was in 2003, aged forty, that Bigot, a corporate lawyer, decided to change direction in life. Having always been interested in the field of product design, he opened his first gallery in the Marais. The original concept was a shop-gallery, showing a highly selective mix of conceptual and poetically-designed objects. He was the first in Paris, for instance, to show the products of the Dutch association Droog Design, which enabled him to meet young Dutch designers such as Chris Kabel and Arnoud Visser. Bigot also exhibited the ceramics of Frédéric Ruyant, created collaboratively with potters at Vallauris, in Provence, which has led to an ongoing series of exhibitions with the artist. 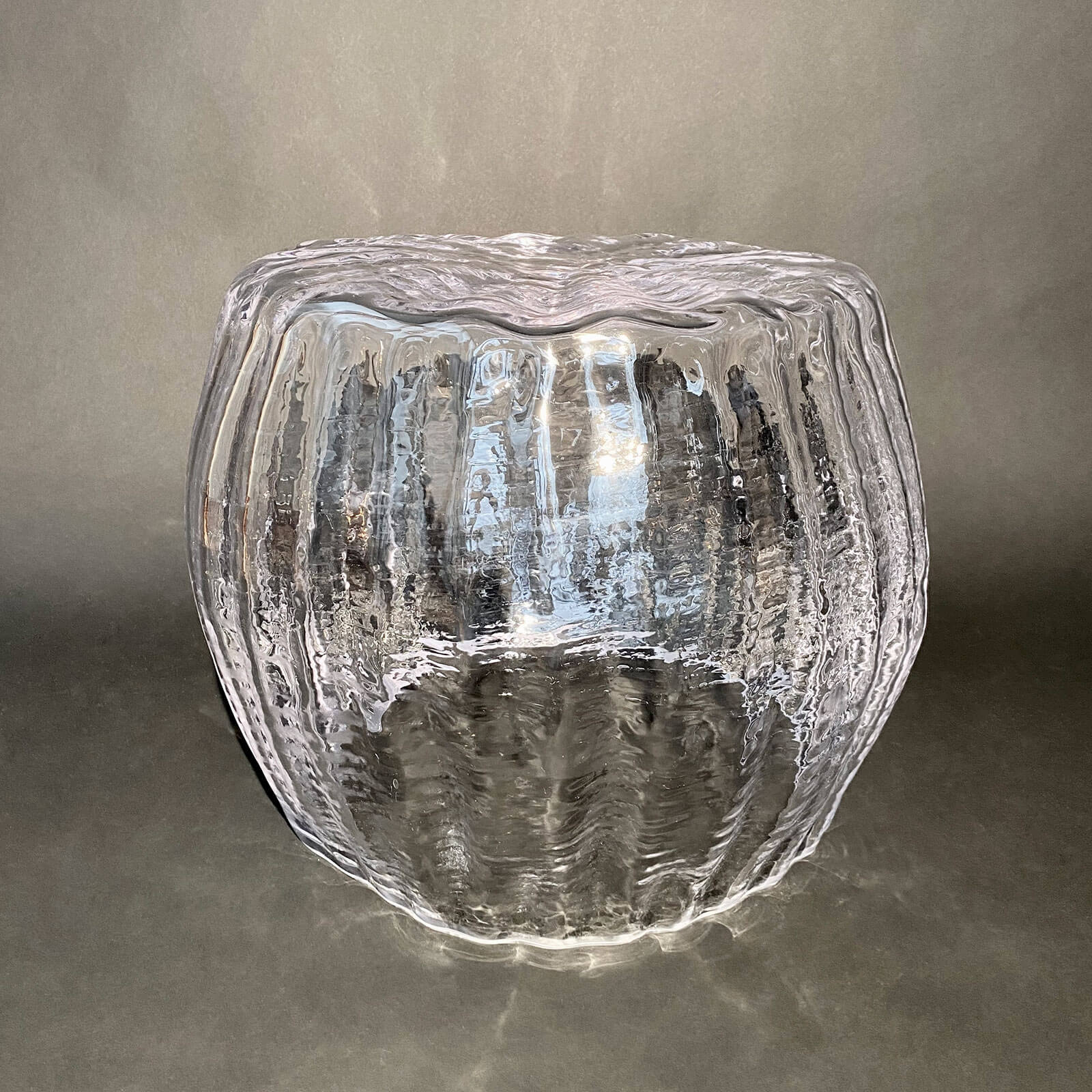 Looking at the market at that time, Bigot was conscious that there were very few galleries exhibiting the work of young designers. Most of the galleries featured established designers only – work by figures such as Elizabeth Garouste and Mattia Bonetti, Martin Szekely, Marc Newson and Ron Arad. The exception, showing both established and emerging designers, was Mouvements Modernes, founded by Pierre Staudenmeyer in 2001. It was Staudenmeyer who had revolutionised the market of contemporary design, back in 1984, when he had founded the renowned Néotù gallery. “If you are interested in promoting young designers, you cannot really expect to be in the market, because they are just starting,” observes Bigot. It was not obvious what strategy he should take, but he trusted his intuition. 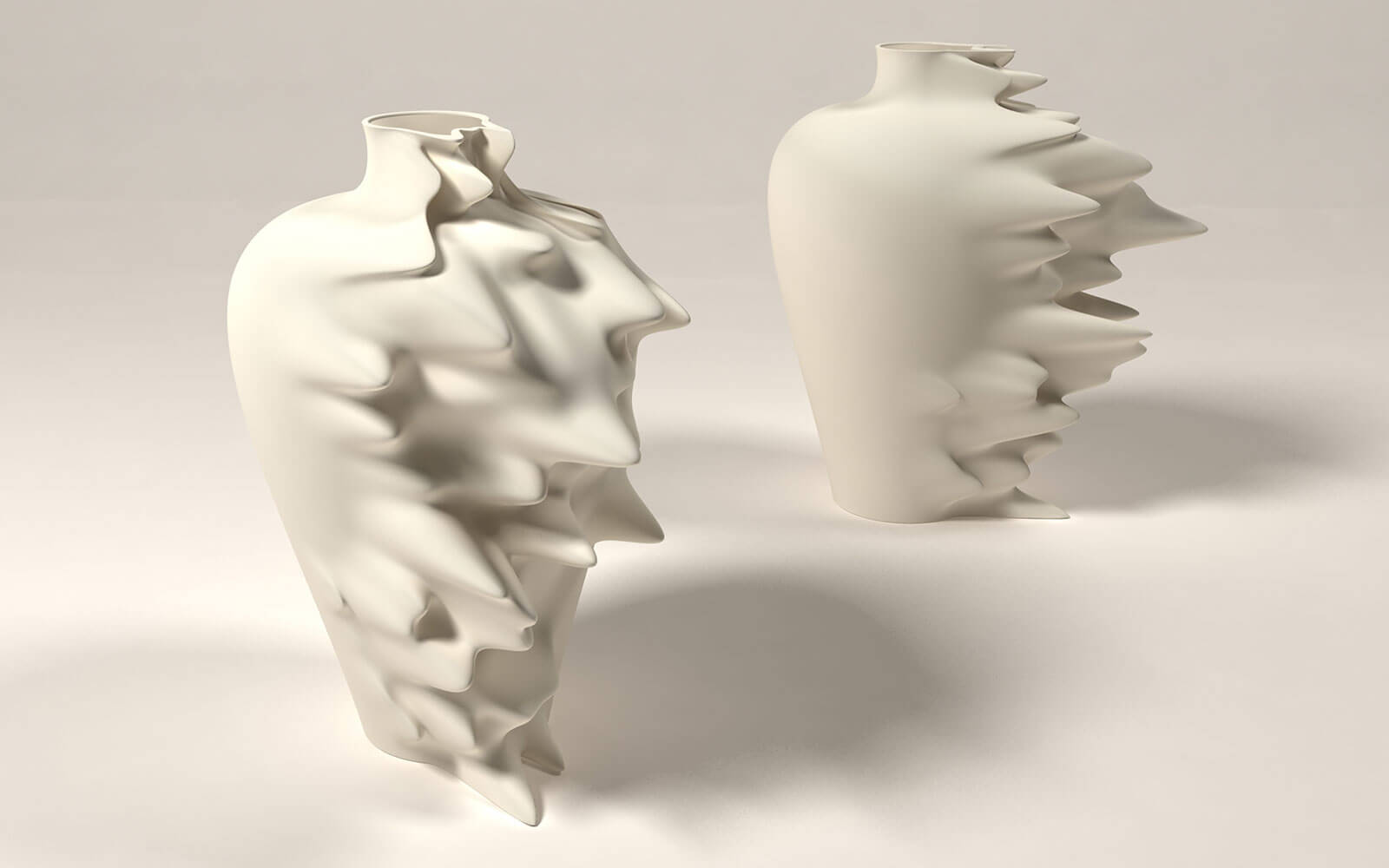 It is a matter of pride to him that the designers he showed in the beginning, are now successful and have joined other galleries. “They need a different kind of representation,” he explains. “I feel no frustration, this is the way things happen.” He exhibited the clay furniture of Maarten Baas, the iconic ceramic teapot by Wieki Somers, the unsettling leather cows of Julia Lohmann set amidst straw, and the work of the prolific product designer Cédric Ragot. 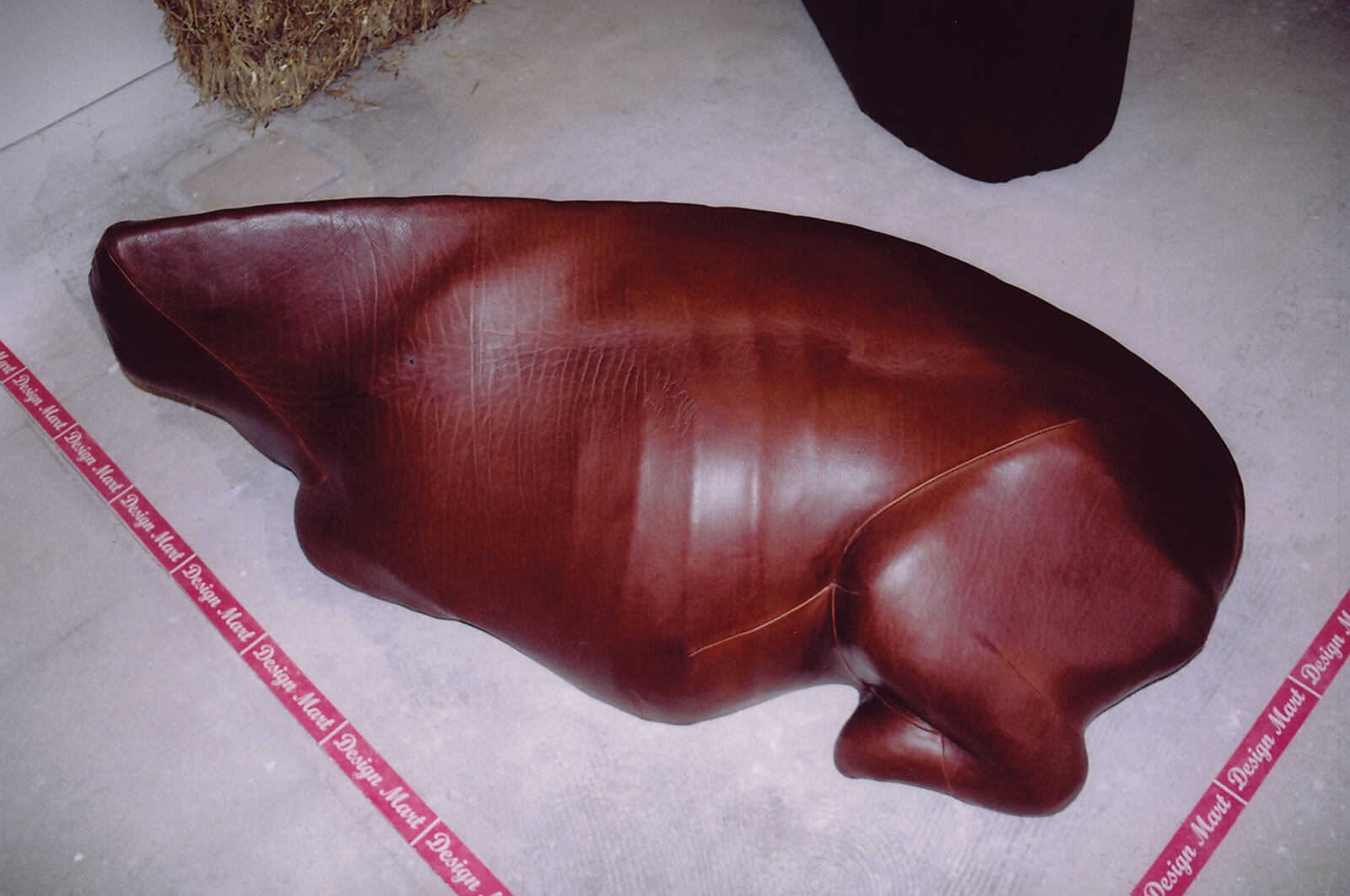 “We had a lot of fun,” Bigot comments. He also sold the witty pieces designed collectively by the Radi Designers (Laurent Massaloux, Olivier Sidet, Robert Stadler, Florence Doléac, and Claudio Colucci). This reflected his growing interest in alternative and experimental design. “We did two shows with Stuart Haygarth … ‘Scraps only’, a group show in 2006 with his famous ‘Tide’ and ‘Millennium’ chandeliers, and a solo show in 2007 with ‘Aladdin’ – tables formed from collections of coloured glass housed in light-box vitrines.” 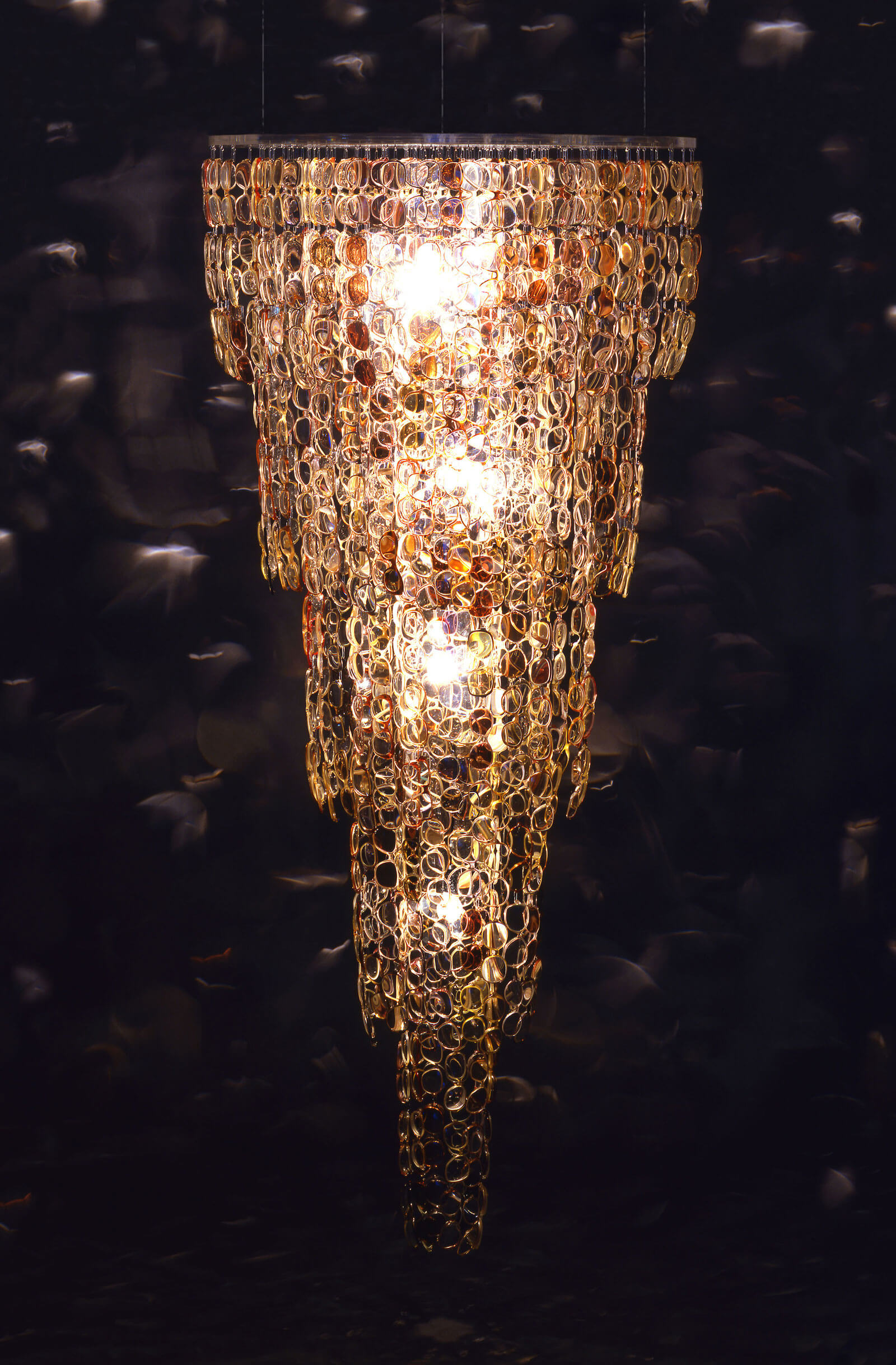 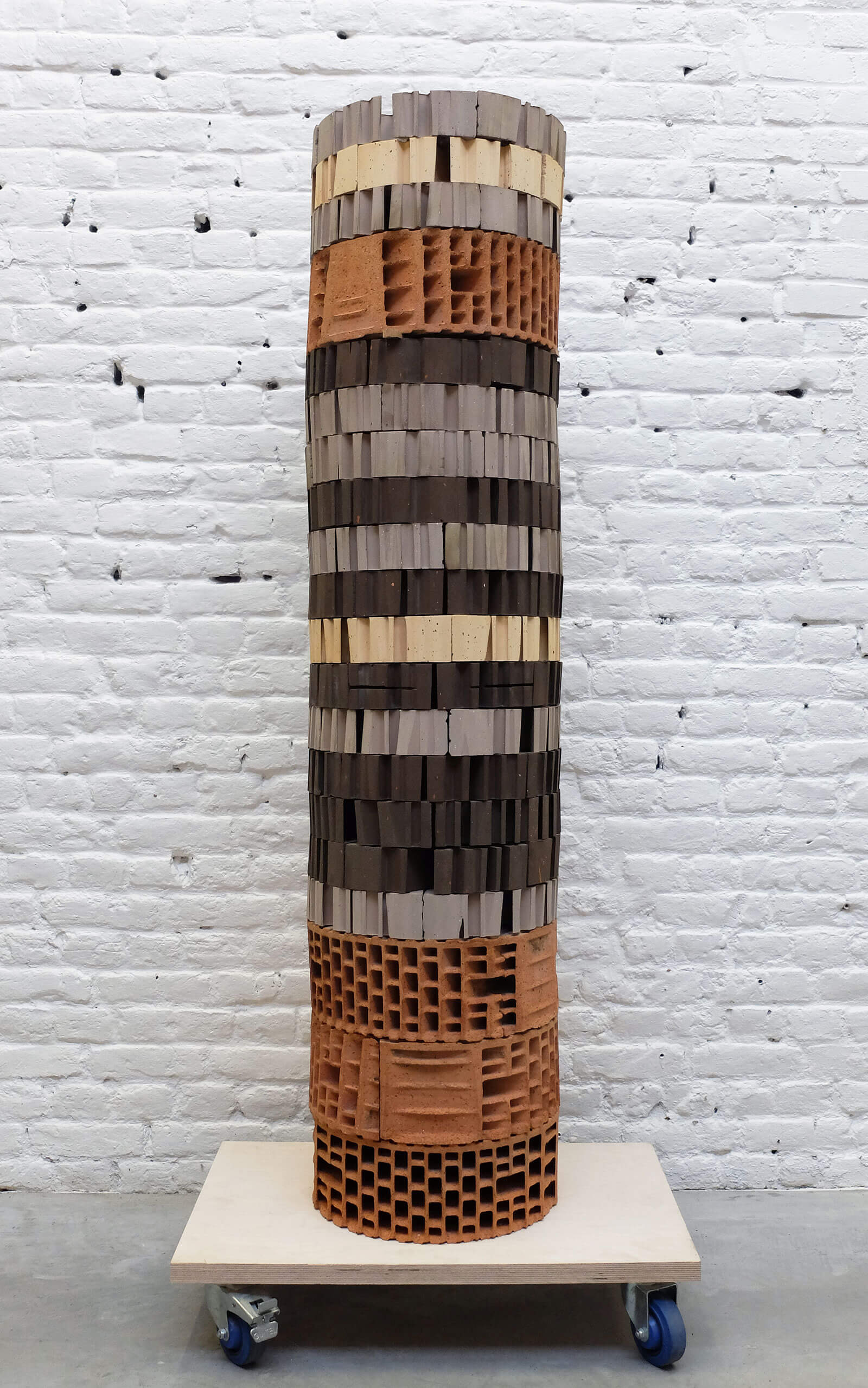 “… through an exploration of process and materiality”

In 2008, Bigot marked his maturity as a gallery with a series of curated exhibitions, including: ‘Use of ornament’ and ‘Studiobility’ by the Icelandic designer Gudrun Lilja Gunnlaugsdóttir; as well as ‘Loud’ by Olivier Peyricot and ‘Unique and unlimited’ by Pieke Bergmans. 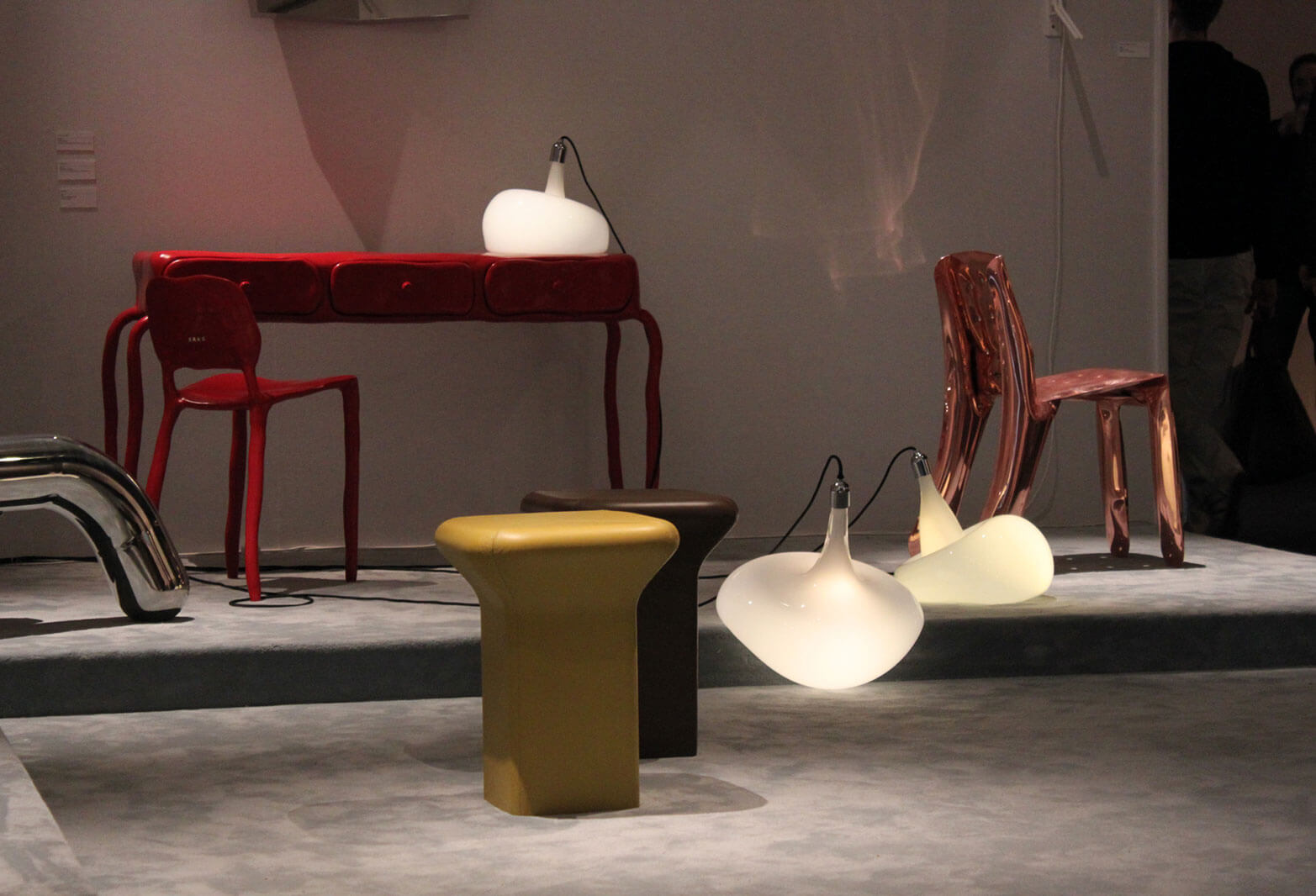 In what became a stand-out year, the gallery was also selected to participate in FIAC (International Contemporary Art Fair) with seven other leading galleries of both vintage and contemporary design. 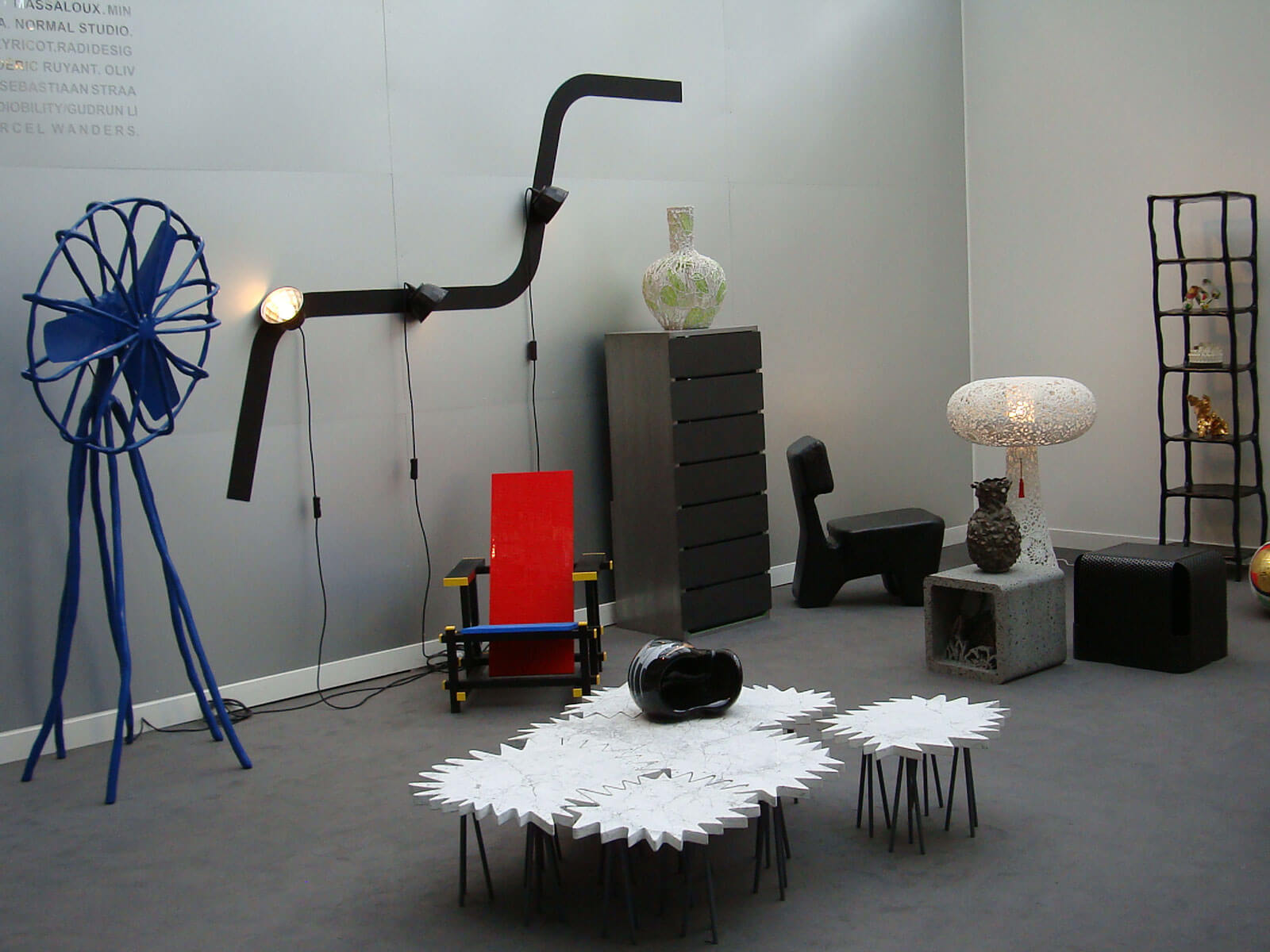 Over the next few years, the rhythm of exhibitions organised by ToolsGalerie intensified, with Bigot developing the gallery and managing both the exhibition production and the press communication on his own, sometimes helped by his architect wife. In 2014, he called a halt and embarked with his family on a one-year, round-the-world trip. The Parisian landscape of design had changed anyway, as new galleries, such as Galerie Gosserez, Beatrice Saint-Laurent, Next Level and the Carpenters Workshop Gallery, settled in the Marais district. The market had evolved. 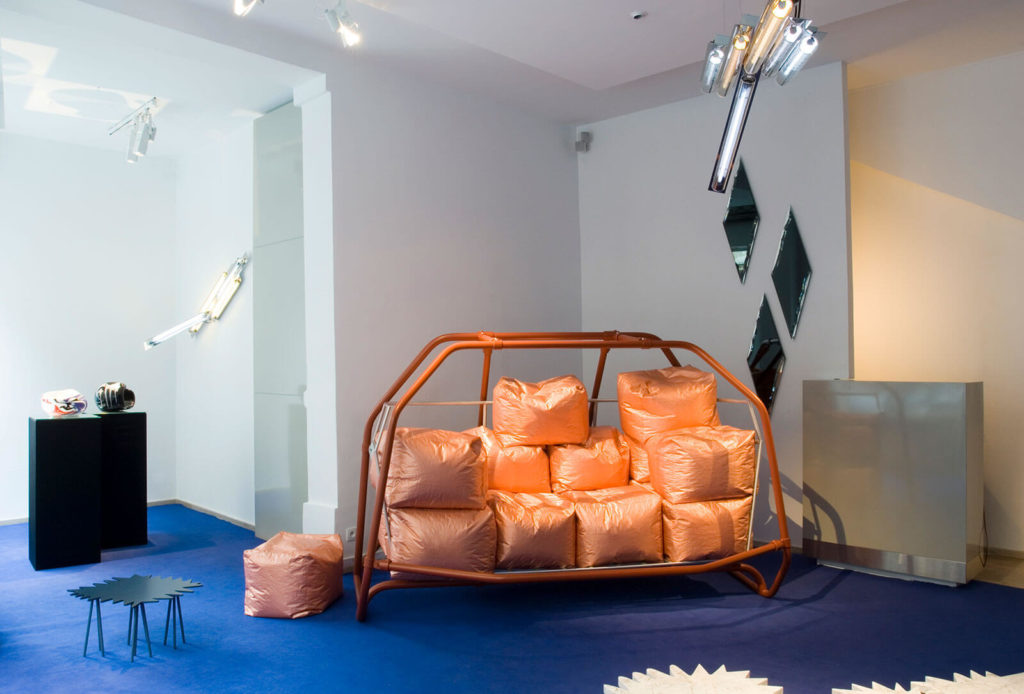 In 2015, he decided to reopen a gallery on the rue de Montalembert in the 7th arrondissement, something of a gamble. He had chosen this smart location because it was close to the well-known furniture brands (Cassina, Kartell, Knoll, Silvera). He decided to mix solo shows of contemporary designers on the ground floor – for instance ‘Stools 4 Tools’ (2015) by Guillaume Delvigne –  with vintage design in the basement. Despite the quality of the surroundings, the clients did not follow. Bigot felt isolated and after three years he closed the gallery. Disappointed, he reorganised his activity through pop-up stores, continuing to curate significant exhibitions. One of the most ambitious was ‘The art of sitting’ (2019), exploring the language and political potential of contemporary design. 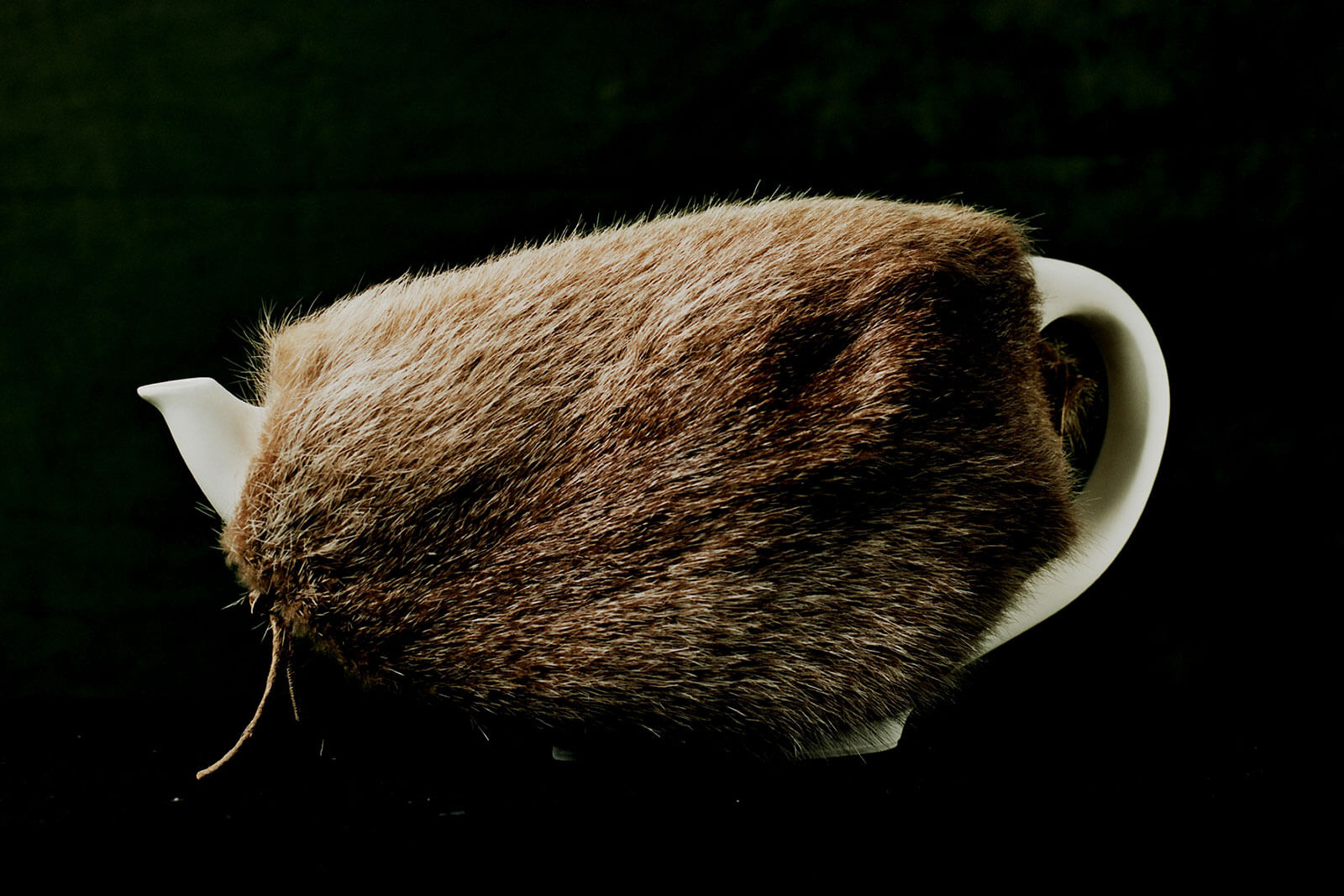 In the end, however, he could not resist reopening a gallery back in Le Marais. “I missed the clients,” he says. He inaugurated the new ToolsGalerie in the Rue des Coutures Saint-Gervais, at the beginning of January 2021, with a concept that links the present with the past. On the one hand, he will show “a cabinet of contemporary curiosities” – affordable pieces from his own productions, or pieces that he buys from young artists, designers and craftsmen. Examples include vases by studio Jeroen Wand, Pierre Charpin tableware, an experimental chandelier by Hella Jongerius, Laurent Massaloux’s 3D project ‘Vanity’ (2004) and works by Marcel Wanders. On the other hand, he will develop new projects with designers, from an experimental idea to a series of finished works. 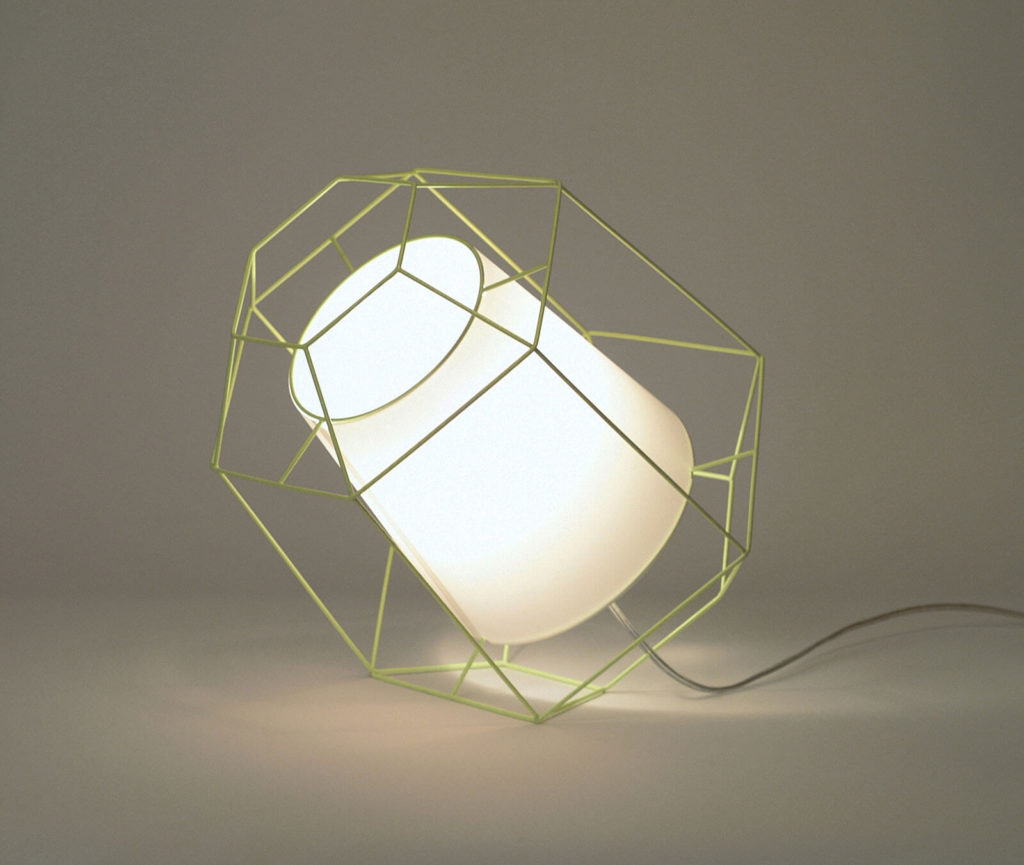 For the inauguration of the new gallery, he showed ‘Basket Stools’ by Arnout Visser, a designer he first met through Droog Design, and, in Bigot’s words, “a form-finder with a passion for glass.” Visser’s unique stools are created from glass blown into rattan baskets, moulds of different sizes, that burn at the contact of the melted glass. 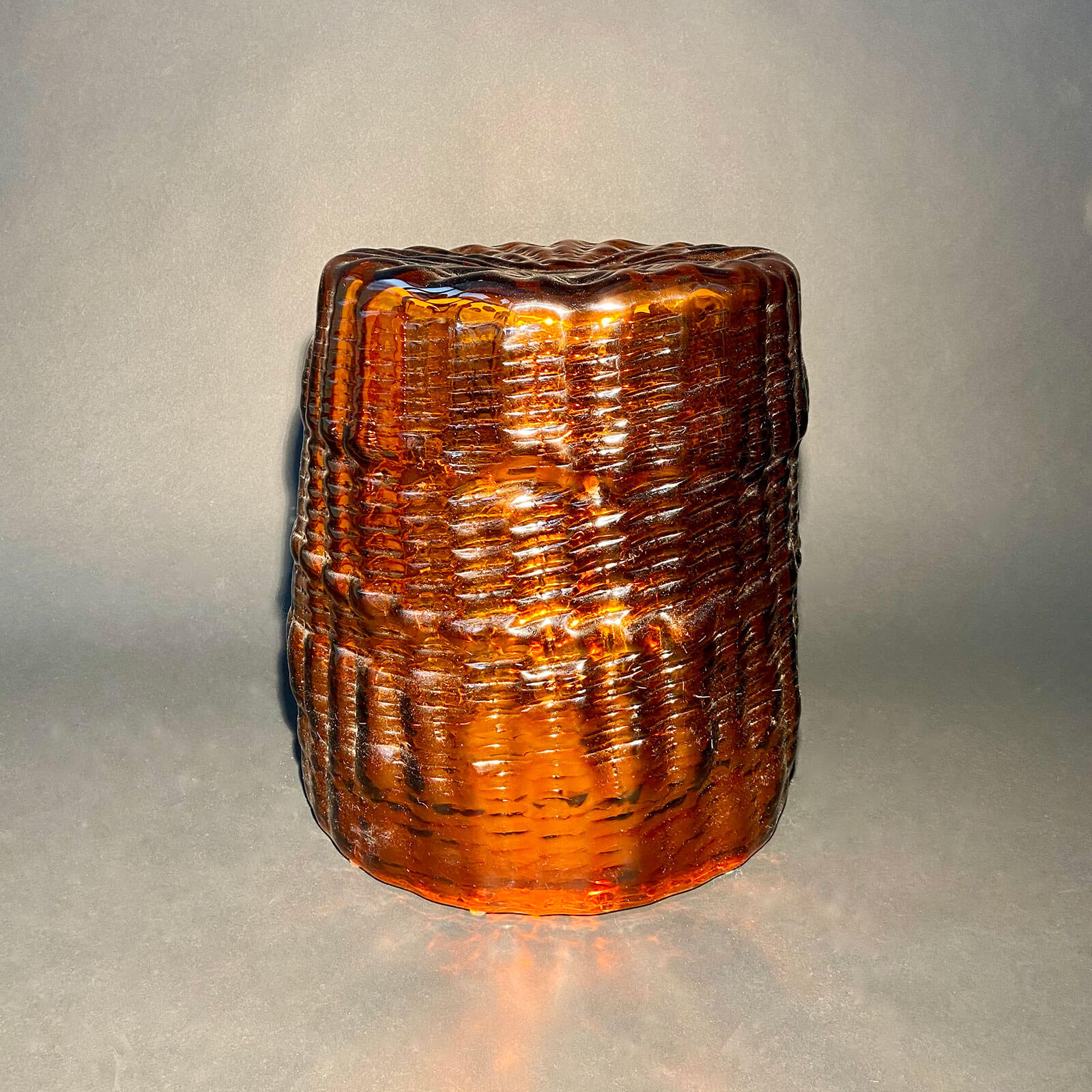 The other project, ‘Fragments’, is a piece of speculative research undertaken by French designers Lise Roussel and Aurélien Veyrat – striking vertical sculptures made from the bricks produced in the north of France, celebrating their colour and texture. Their design refers to the Tower of Babel. The beautiful columns are close to art pieces. Their sensuousness, conceptual richness and categorical ambiguity – are they sculpture or are they design? – are emblematic of Bigot’s revived ToolsGalerie. 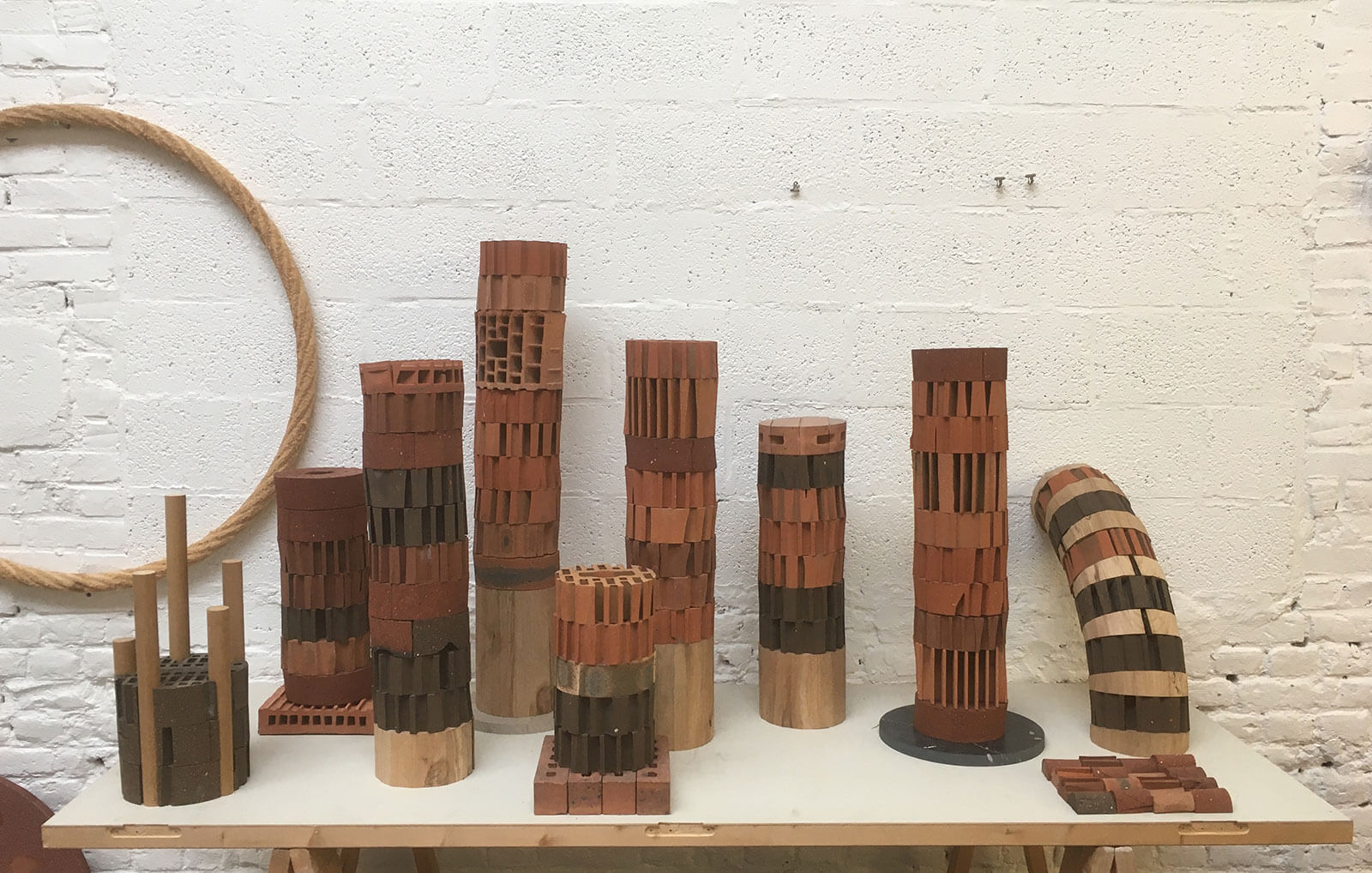 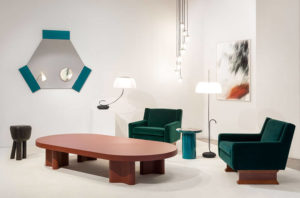 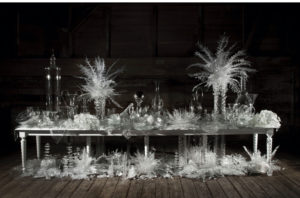 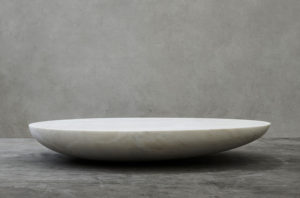 Deep Dive
A new Art Deco movement?
Architects, interior decorators and industrial designers are taking the next step in expressing their vision – creating collections of bespoke furniture.
By Anne Bony
The Design Edit
For Collectors and Dreamers
Read
Connect
Legal
Join Our Bi-monthly Mailer
Follow and Share
© 2021 The Design Edit.
All Rights Reserverd