175 design lots are on show and ready for auction, after a three-month hiatus. 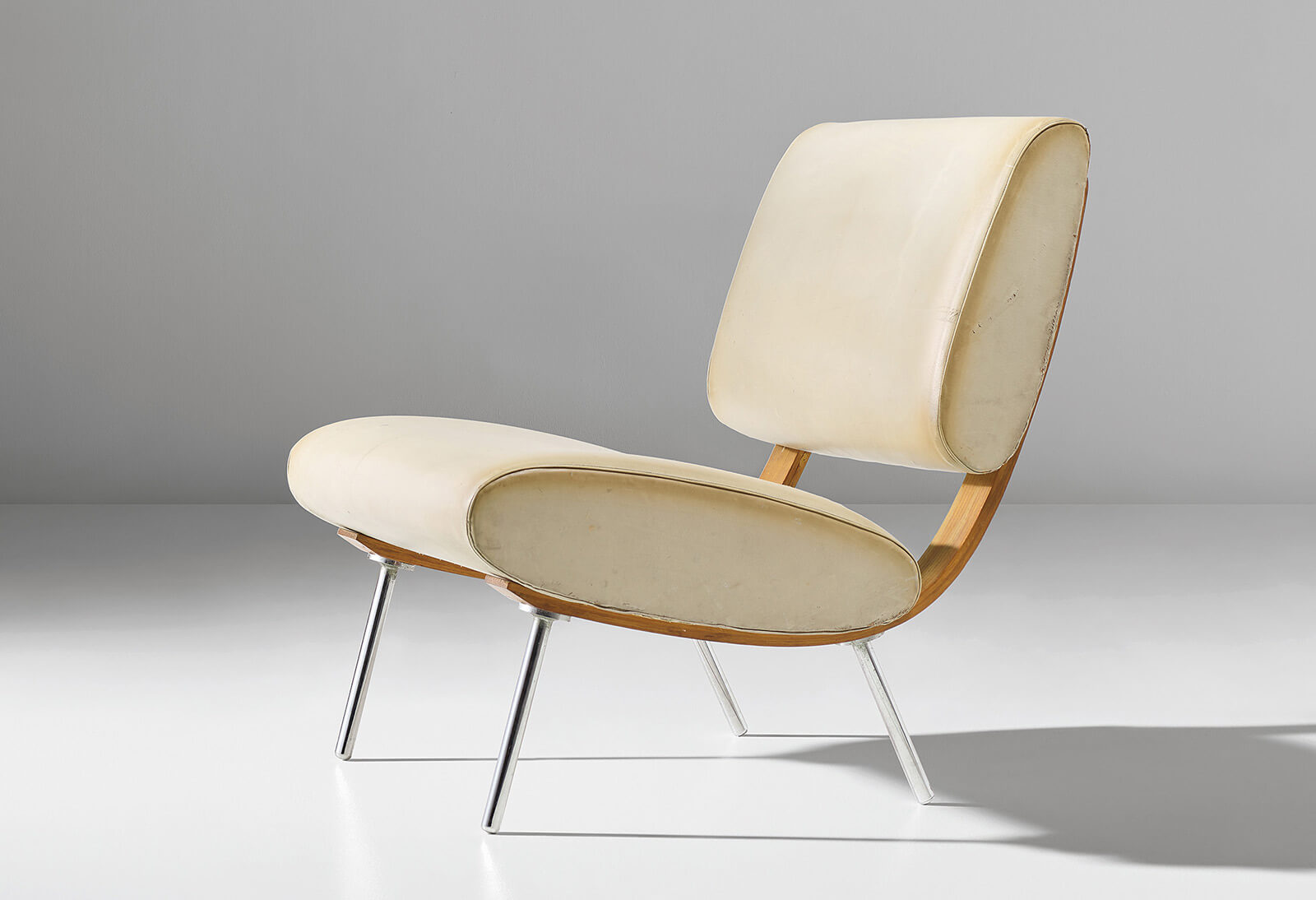 ON MONDAY 15th June Phillips opened its doors for the first time since lockdown. On display throughout its spacious ground floor showroom (with much visible through the large windows, for those too nervous to cross the threshold) is the entire sale originally scheduled for 26th March. The lots had already been gathered, the catalogue published and collectors primed, when the difficult decision was made to postpone. But at least it means that this week everything is already in place – as if the whole world had merely been asleep and not shaken to its roots.

Domenico Raimondo, Phillips head of Design, Europe, and Senior International Specialist, comments, “The quality is very high throughout. There are things that are very rare and that have not come to market before.” He cites the ‘Robber Baron’ table (est. £50,000 – £70,000) and jewel safe (est. £30,000 – £50,000) (2007) from Belgian art and design collective Studio Job: iconic, outrageous, satirical and masterfully accomplished. Developed originally in 2006 by Studio founders Job Smeets and Nynke Tynagel as an edition for Moss Gallery in New York, the series mocked the decadence of Industrial Capitalism, whilst relishing its design legacy. These pieces continue to speak powerfully to our more chastened times. Raimondo comments, “For a collector of contemporary design, these are the best pieces Studio Job have ever done.” He points out that they continue the northern European artistic tradition, dating back to the Renaissance, of mixing the sublime and the grotesque, the deadly serious and the tongue in cheek. 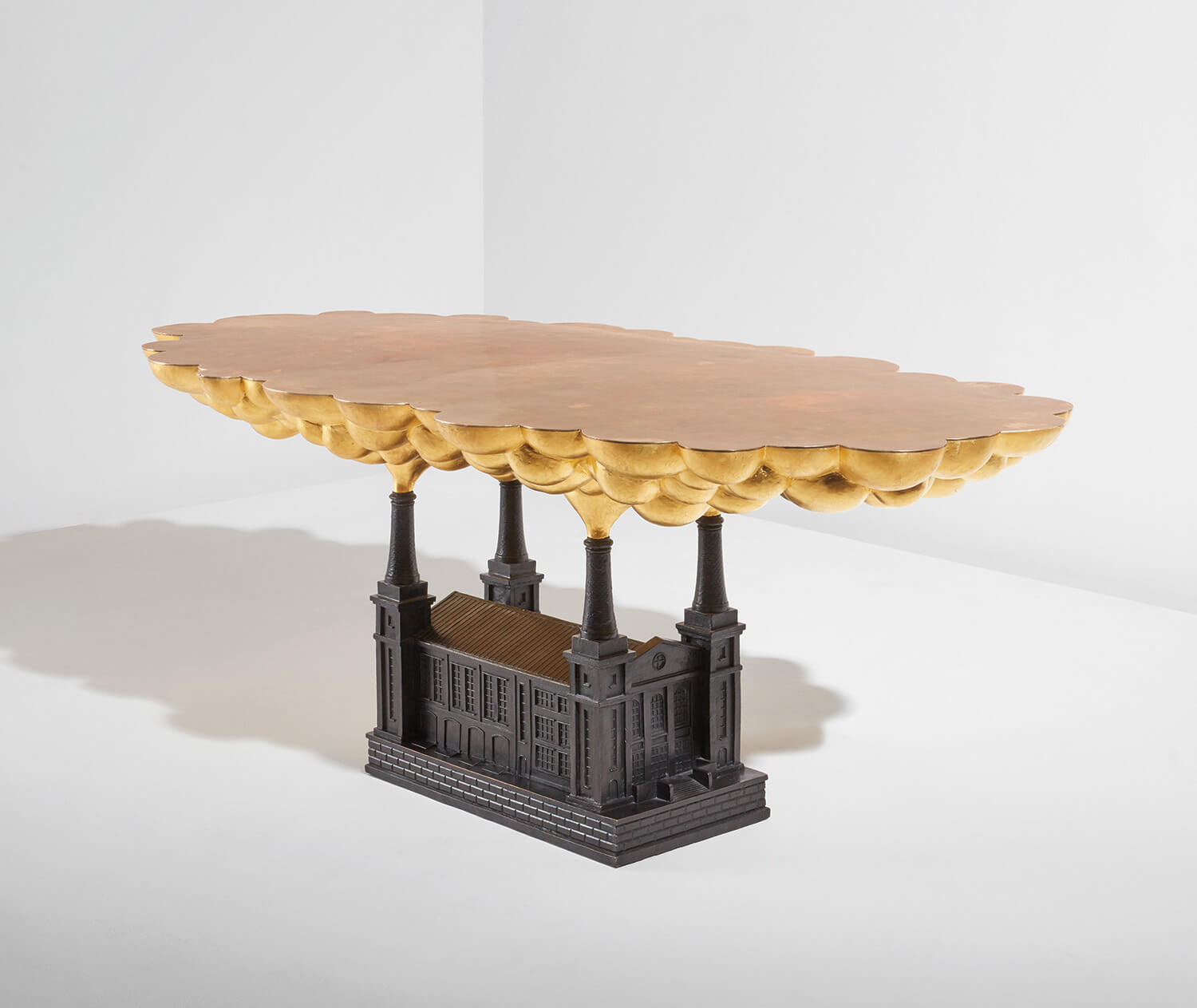 Marc Newson’s ‘Orgone’ chair 1993 (est. £200,000 – £300,000) is another star piece. Raimondo likes the fact that Newson “got to this chair through his passion for collecting classic post-war Italian sports cars.” All his life Newson wanted to create a fluid object – to emulate the aerodynamism achieved by Italian single‐shell automotive coachbuilding techniques – but it was not until he encountered a team of Aston Martin car restorers near London, in 1992, that he found craftsmen capable of bending aluminium as if it were plasticine. Raimondo says, “The chair talks about the symbolism of speed even though it is a still object. It has a captivating quality.” 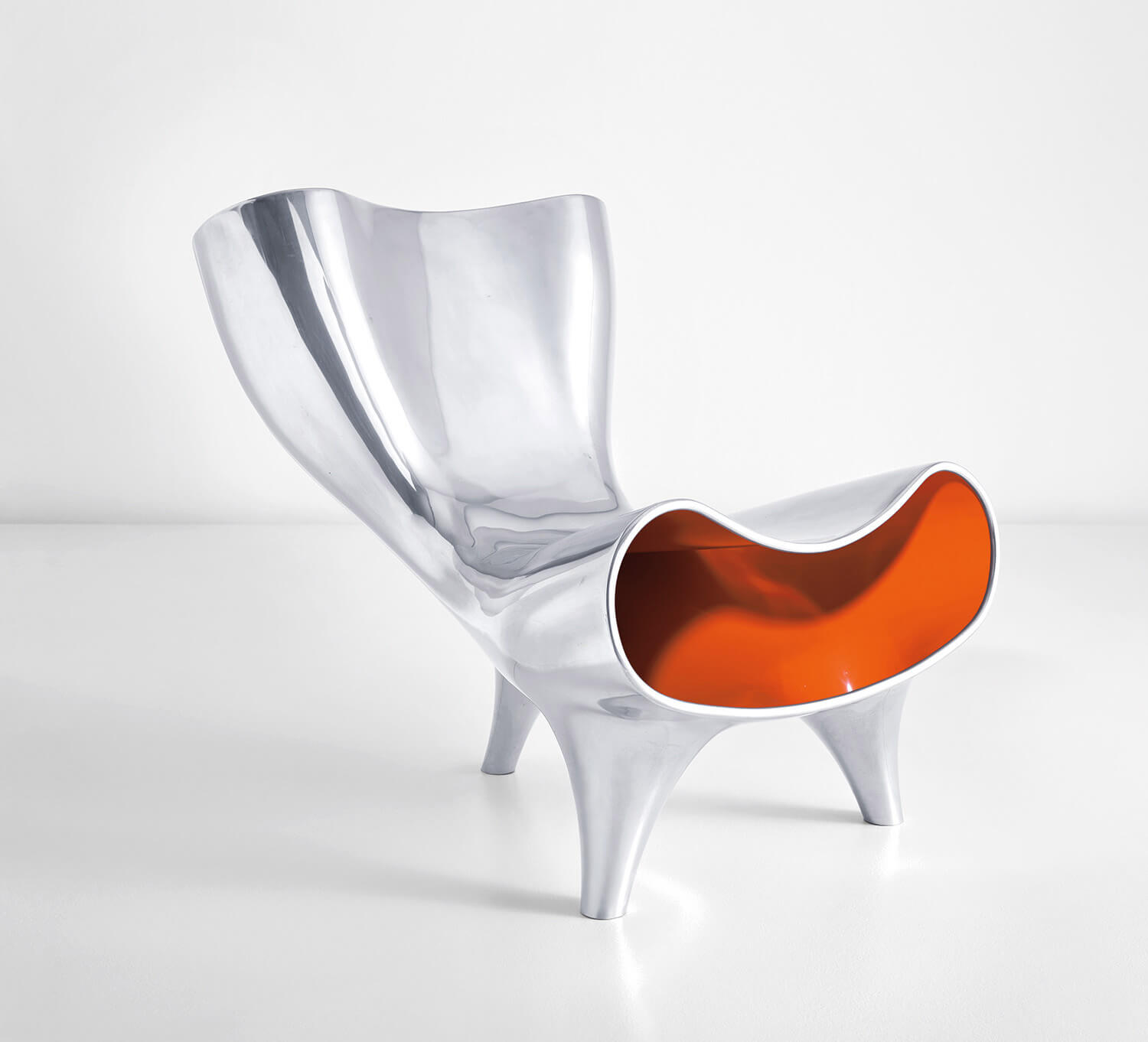 If this is a rare find from a tiny edition of six, with two artist’s proofs, the delicate bronze and copper low table by Claude Lalanne from 1998 (est. £250,000 – £350,000) is unique. It was designed for a client with a home in the Caribbean and incorporates silhouettes of tropical birds, whose top feathers and curling tails also serve as the leaves and body of a sinuous tendril. Raimondo remarks that “although it is very heavy, the dexterity in the handling of the material makes the leaves and petals appear so light.” He adds that Claude Lalanne’s “best work was always in response to a particular client,” with this piece commissioned before Les Lalanne were famous. Later, Claude would try to buy back early pieces to make further editions – but this one eluded her, retaining its special status as a one-off. 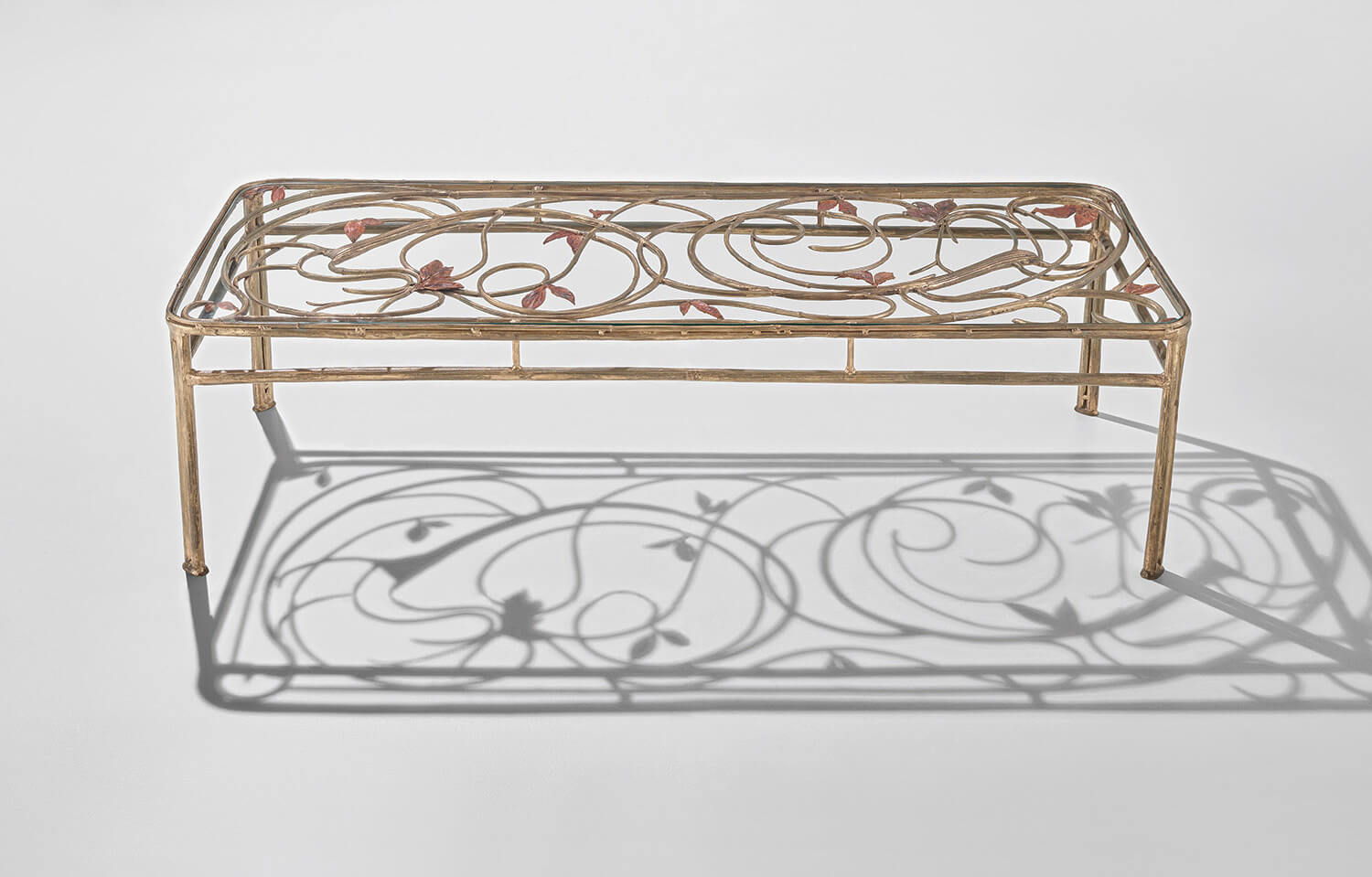 Other interesting lots include prototypes by Gio Ponti and some understated tables by Swiss artist-craftsman Jean Dunand, from circa 1925, with a distinctive lacquered wood surface with eggshell inlay. 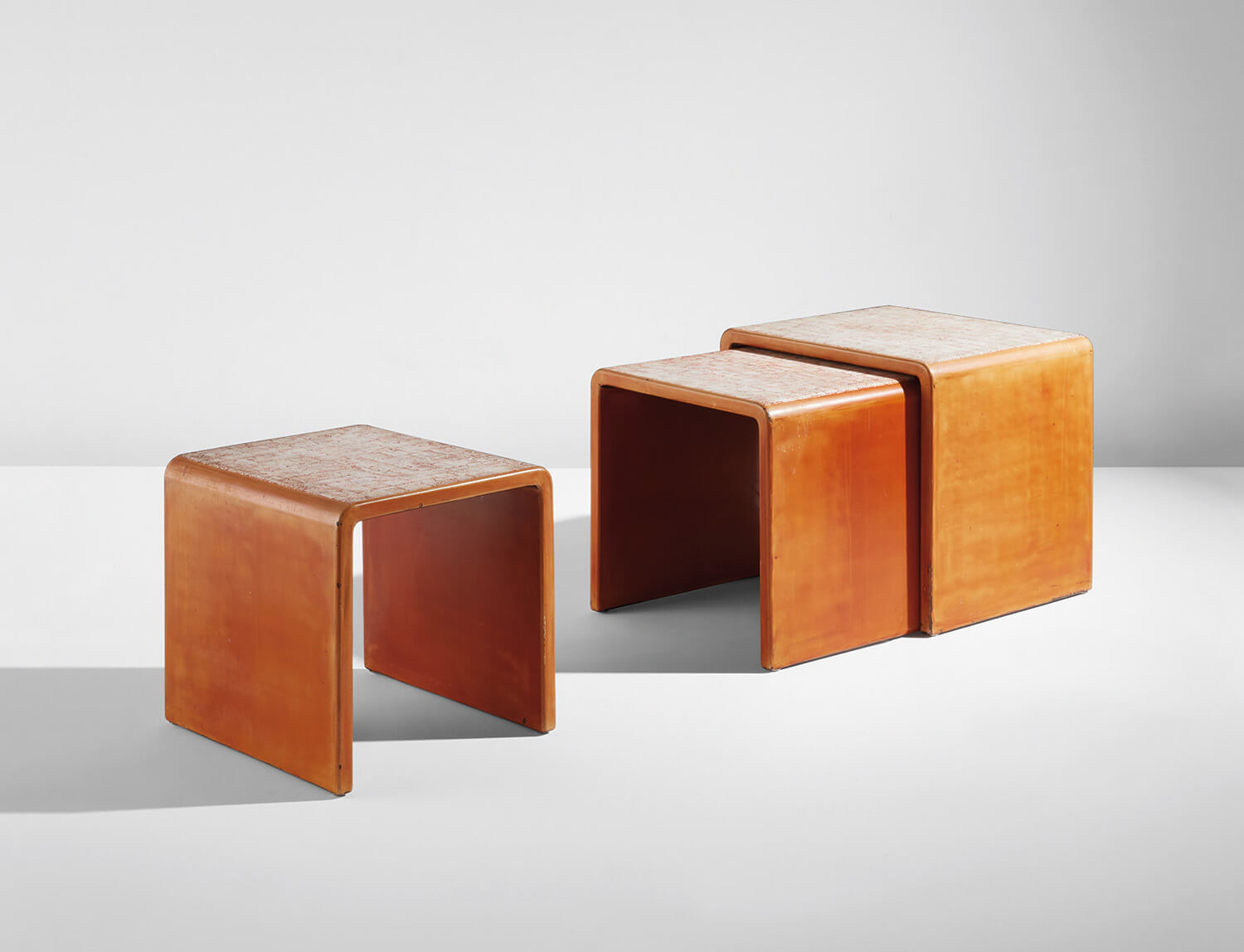 There is also a small but impressive group of ceramics, including works by Lucie Rie and Hans Coper and an exquisite five cabinet array of celadon vases by Edmund de Waal entitled ‘Kamen’ from 2012 (£150,000 – £200,000). Raimondo says, “We have for a long time promoted ceramics at auction. It belongs to our DNA and is a natural evolution of our history as a department.”