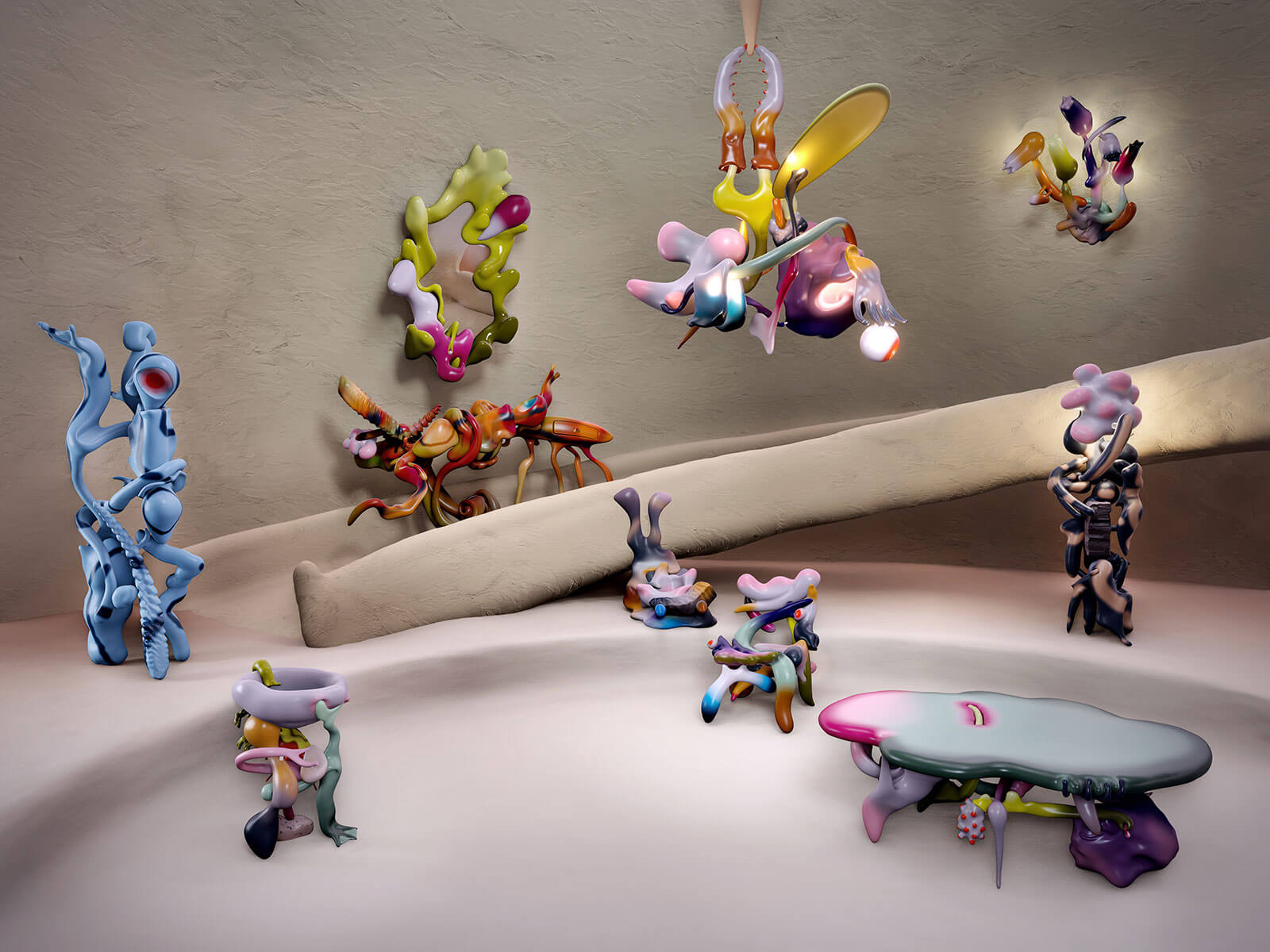 THIS AUGUST, CHRISTIE’S launch their first dedicated NFT Design auction, in partnership with Misha Kahn. The designer has developed a series of ten NFT animations for the auction house, with quirky, humourous names such as ‘A Ride on a Slug’s Back’ and ‘Nippers Last Grasp’. These multicoloured and fantastical digital designs cover a range of collectible design objects – from chandeliers to coat racks, sconces to consoles.

The American designer is known as a material polymath, with an irreverent, nonconformist approach. He has previously used a wide range of techniques and tools, from lo-fi collage and improvisational moulds, to virtual reality and robotics. These new works are truly the harvest of lockdown for Kahn, who spent six months with his partner living in Minnesota during the pandemic. It was during this time that he started his ventures into sculpting in virtual reality. This period of playful experimentation led to the development of these NFTs. 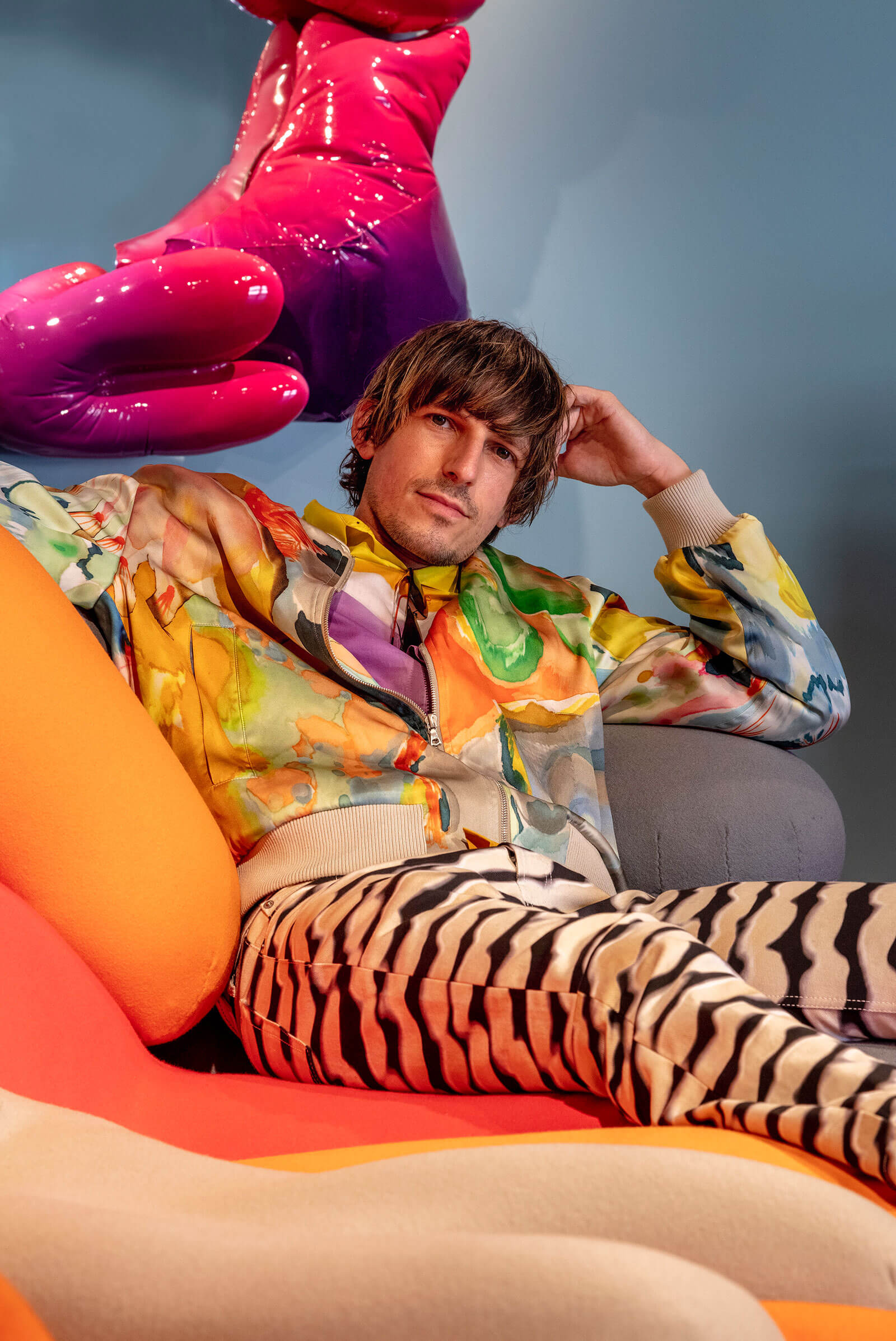 “What’s really cool about VR is that you are able to draw something and feel like you’re seeing it in 3D,” says Kahn, who is represented by Friedman Benda gallery. “If you want a compound line, instead of imitating it, you can actually make it. Doing that was like learning how to draw all over again.”

Each of the ten lots consists of a unique 3D model rendered as an FBX file, together with a corresponding MP4 ‘trophy’ video of the object spinning on a pedestal. In a departure from previous NFT-based artworks, the successful purchaser of each lot will also have the ability to 3D-print physical examples of the model, as many times as they would like. In addition, they can commission one copy of the model made by Kahn’s studio, which allows the designer to oversee the finish, how the paint is applied and every detail. 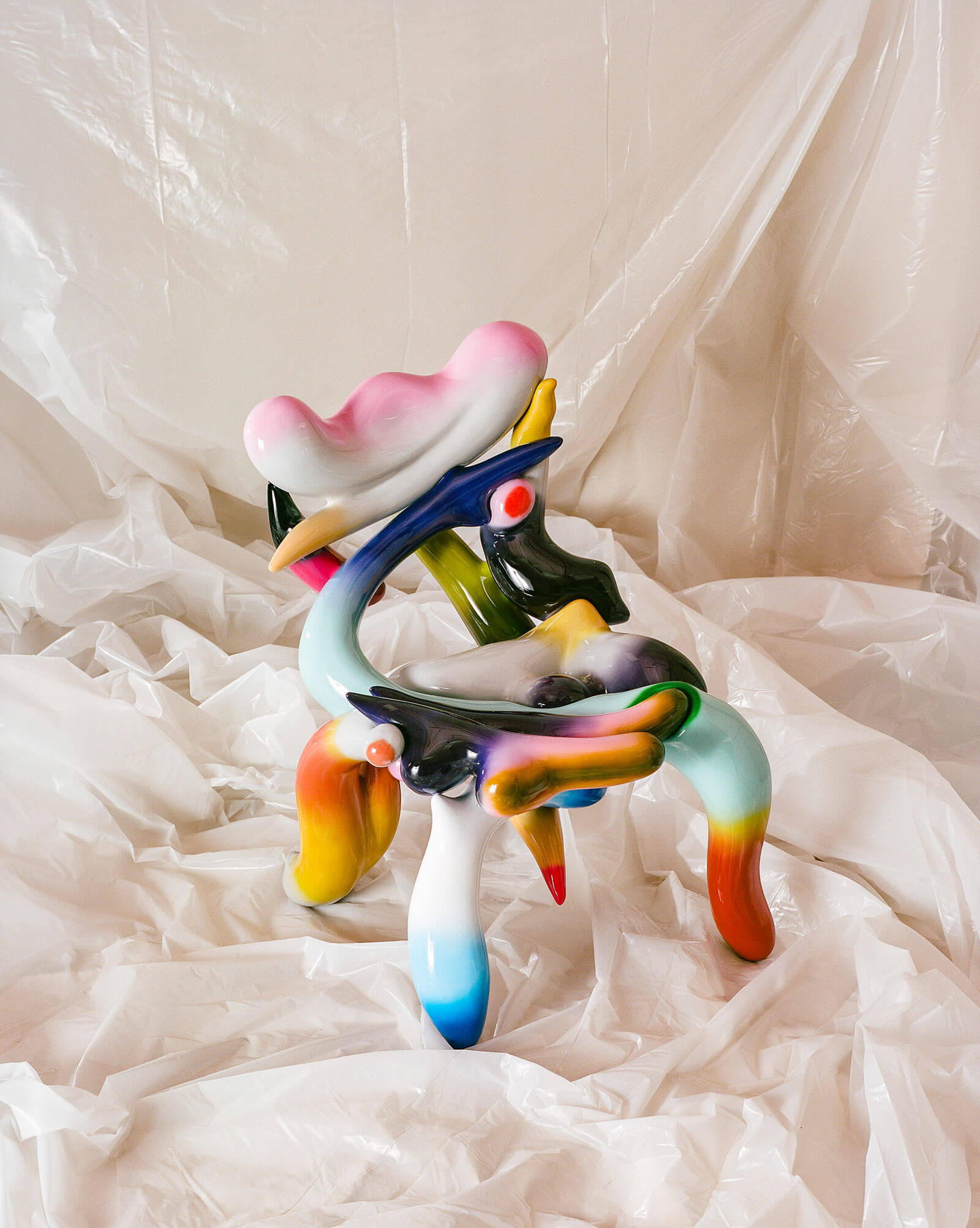 Misha Kahn, ‘It Must Have Been the Clams’ chair, 2021
COURTESY: Friedman Benda and Misha Kahn / PHOTOGRAPH: Sean Davidson

What interests the designer is that his NFT design could purely exist as a visual in a digital space – for instance in a video game – without being materialised. However, by selling its blueprint, it can also be fully printed and functional. “It could lend to a localised way of doing things,” says Kahn, “So, even though people are buying and seeing it in a global setting, hypothetically, [they] could just get it printed down the street.”

For this new body of work, ‘Furniture Unhinged’, Kahn has taken the idea of the blockchain as an opportunity not just to sell a design object as a visual, but to provide a blueprint for an object in a new way. 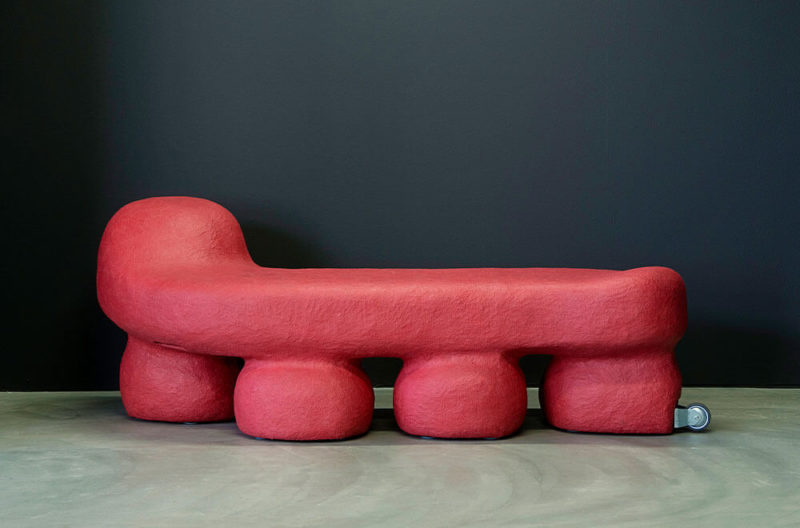 Athens: Cheap rents and beautiful weather are not the only elements attracting expat designers back to the city – the art and design scene is humming with energy and opportunities. 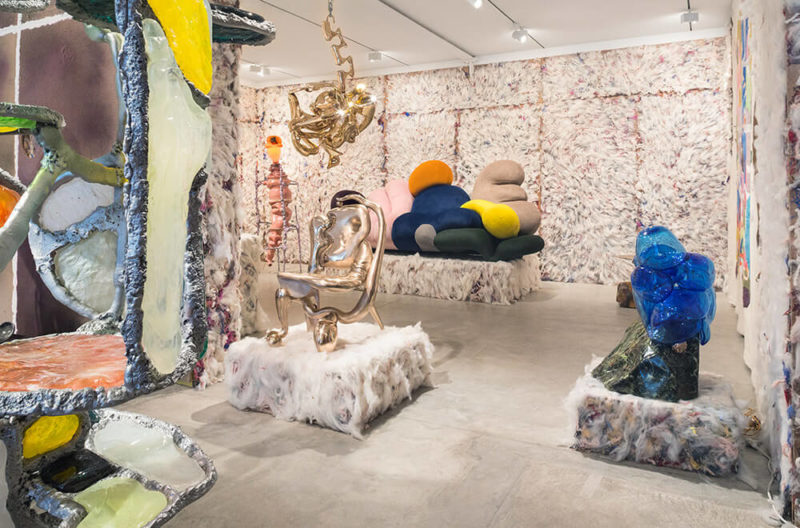 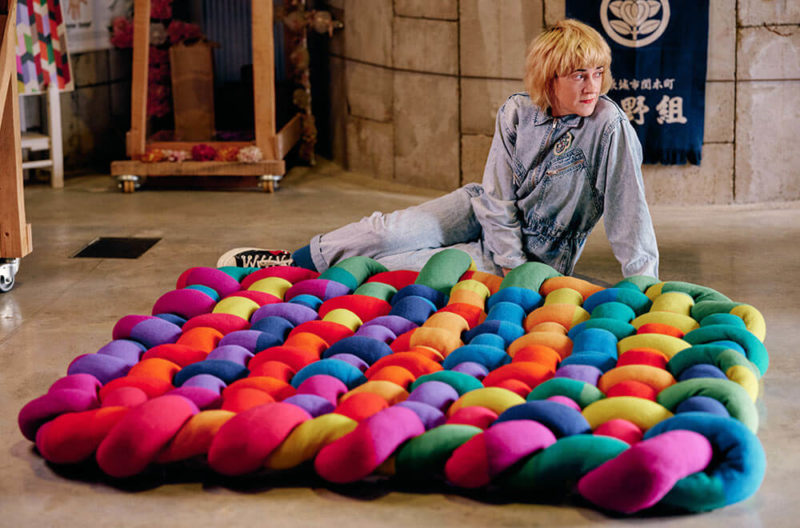 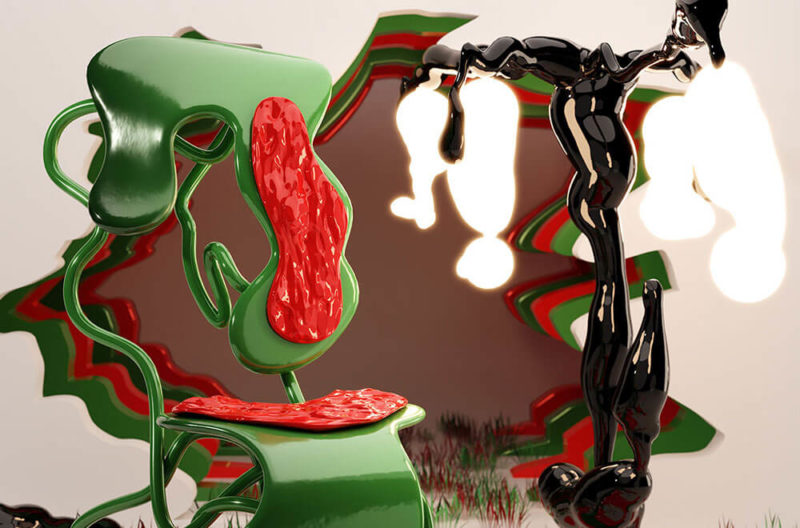