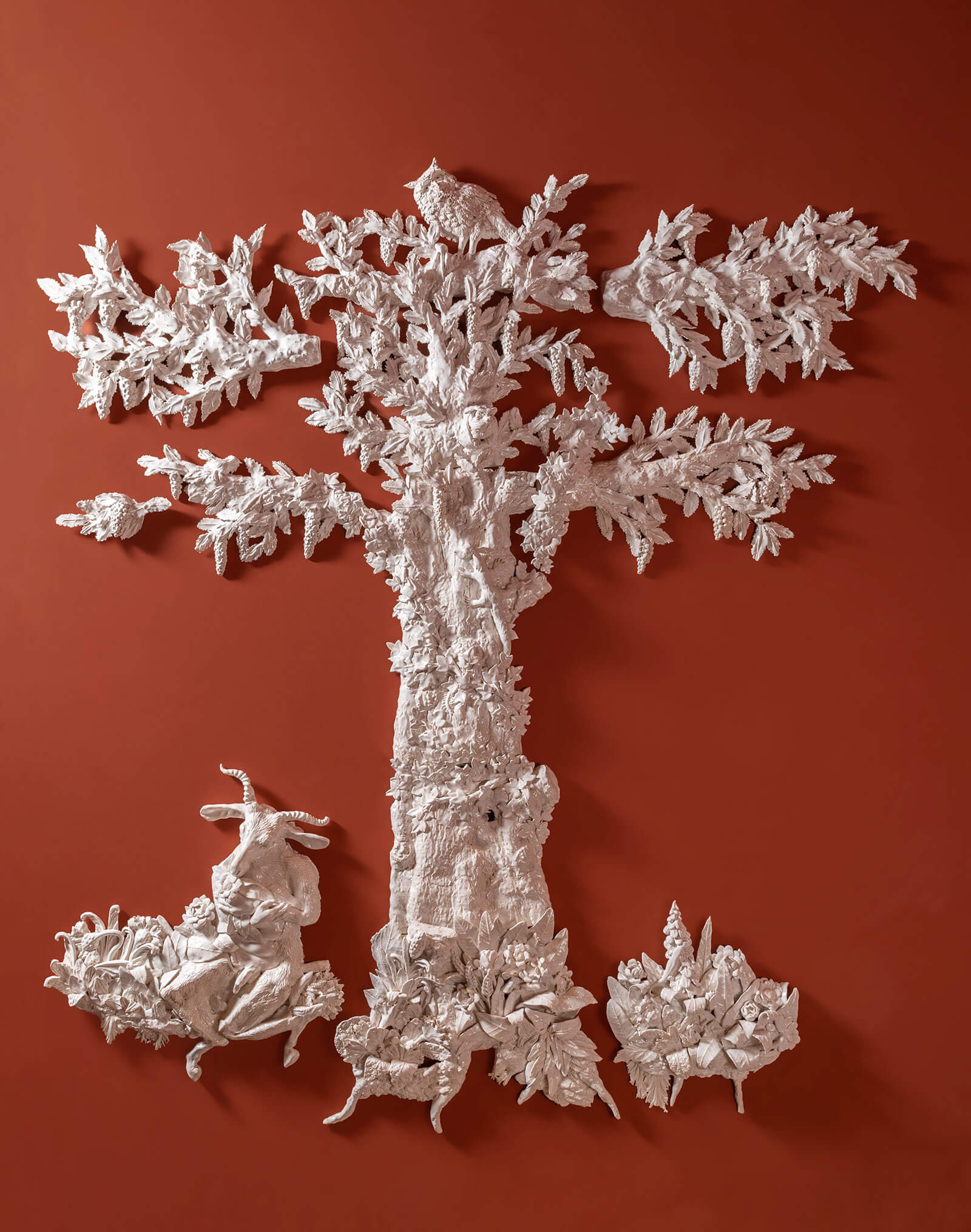 THIS OUTSTANDING WORK by ceramic artist Carolein Smit was spotted by The Design Edit during the 44th edition in Paris of the ‘Carré Rive Gauche’ – five days during which seventy antique and art galleries on the left bank opened their doors in a festive mood to wanderers and collectors alike.

‘Tree with a faun’ (2021), on view at Galerie Michèle Hayem, is a lockdown project, a spectacular wall-sized fresco made entirely from white glazed ceramic. Characteristically seductive, the gleaming surface and intricate detailing draw you in. The foliage and surrounding flowers are sumptuous and vividly lifelike and the fairy tale forest creatures – owl, squirrel, hedgehog and the mythological faun itself – appear arranged in a charming pastoral scene, the faun cradling flowers in his arms. As Smit herself says of her work, “It is not very difficult to like my work. Everything shines and glitters, is adorable, and the details of eyes, tongues, noses and ears are endearing.” Smit, an accomplished ceramicist, recognises that an audience attuned to Meissen porcelain figures will also fall for her figurative sculptures: “That’s just the way I like it. I want people to love my sculptures. I want them to lose their hearts to them and I do all I can to make them do so.”

But Smit is no virtuoso purveyor of child-friendly figurines. The gleaming white glaze covers more sinister, adult ambiguities. Those strange dangling fruit up high and berried spikes below – are they poisonous? Those spiky leaves and curling ivy – are they the picturesque holly and ivy of Christmas carols, or more predatory and discomforting? And the foxglove, however appealing to the eye, has, rightly, other, less innocent common names: ‘Dead Man’s Bells’, ‘Witch’s Glove’ and ‘Bloody Finger’. As for the faun’s definitely human hands, plump stomach and prominent dangling phallus, these send 21st century shivers through this bucolic archaic scene. Smit, whose work is in museum collections worldwide, is known for her macabre imagination – skinned animals, snake-headed Medusae, bats and skeletons often people her universe. Her ambition, she tells us, is not to make our loving of her created worlds too easy: “It’s painful, fragile, unfulfilled, and sometimes dangerous. Where are the boundaries, where does innocence become guilt? Where does life become death? That is what my work is about. The tension brought by emotional dilemmas, trying to separate right from wrong where everything evolves out of clumsiness, coincidence and misunderstanding.”

We begin to wonder what darkness lurks in fairy tales and what difficult human realities the perfect ceramic skin conceals. 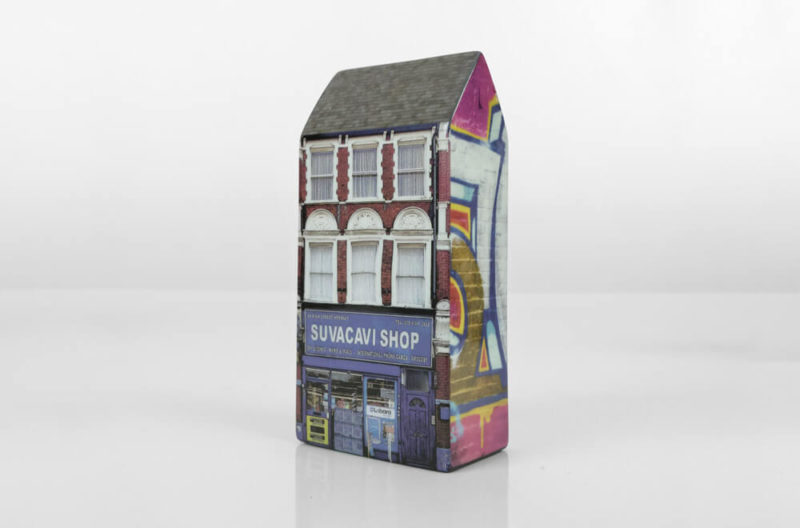