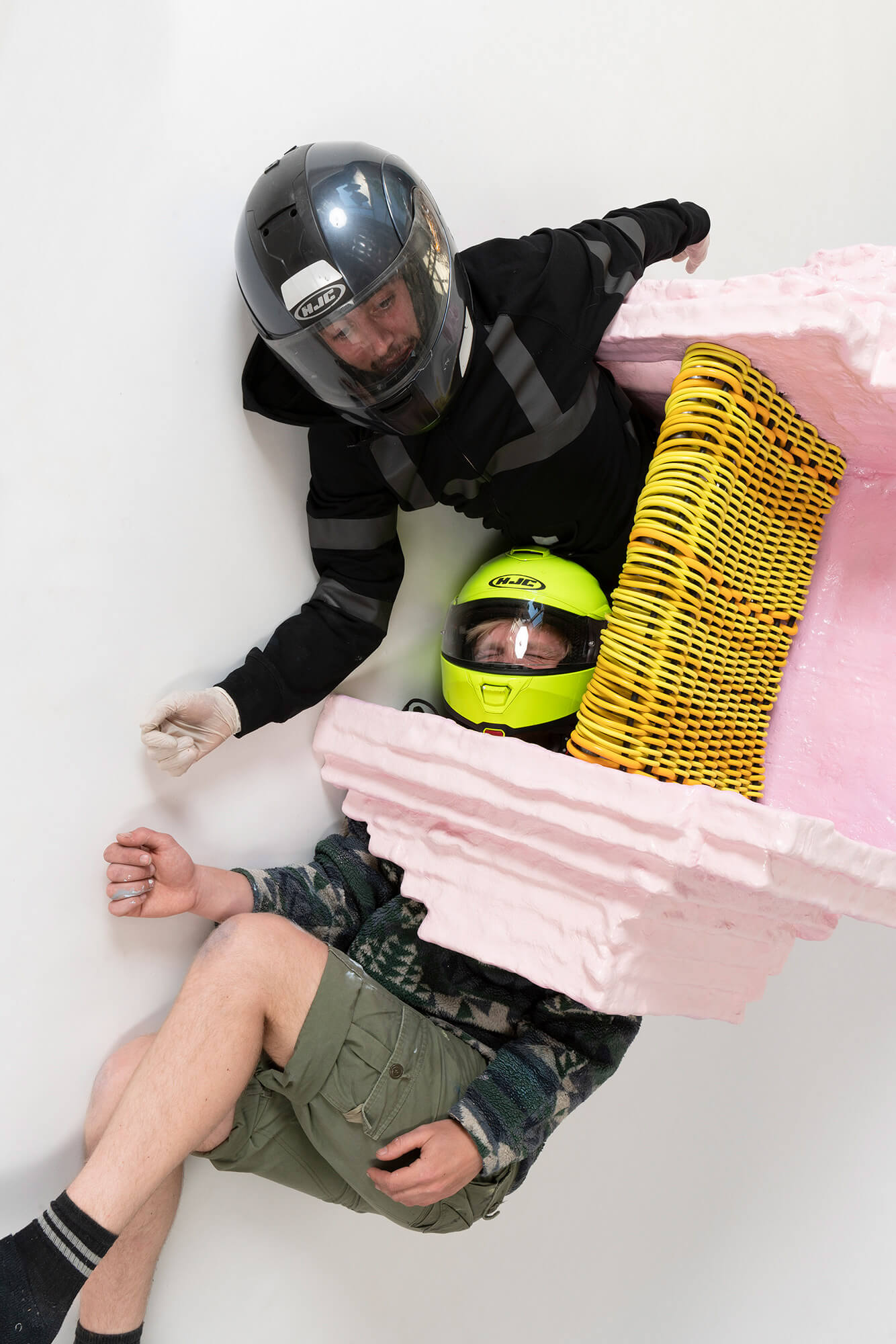 ON MONDAY, FRIEDMAN Benda will open Six Acts of Confinement, the first US solo show by the young French-Danish partnership OrtaMiklos. The exhibition, its title inspired by the global experience of lockdown, is divided into six discrete scenes – peopled partly by objects designed by OrtaMiklos, partly by works in different media by other artists they know, with each act representing a different emotional response to that experience. A planned performance element, intrinsic to OrtaMiklos’s work, has become virtual through a collaboration with digital artist Jānis Melderis, composer Amédée De Murcia, and writer Richard Johnston Jones. Together they have realised a virtual occupation of the Temple of Dendur, the ancient monument that now sits in the Metropolitan Museum of Art, in COVID-19 isolation.

The two designers – the Dane Victor Miklos Andersen (b.1992) and the Frenchman Leo Orta (b.1993) – are barely graduated (indeed, Andersen graduates this summer). They met at the Design Academy Eindhoven and recognised a common purpose to subvert at every point the established way of doing design. Performance, animation, graffiti and sound are as important to the communication of their ideas as individual objects. Collaboration with other artists and designers, and even with artificial intelligence, is as important as authorship. They are determinedly focused on everyday experience and on communicating what Andersen articulates as “the liquidity of being an unstable, vulnerable person.” 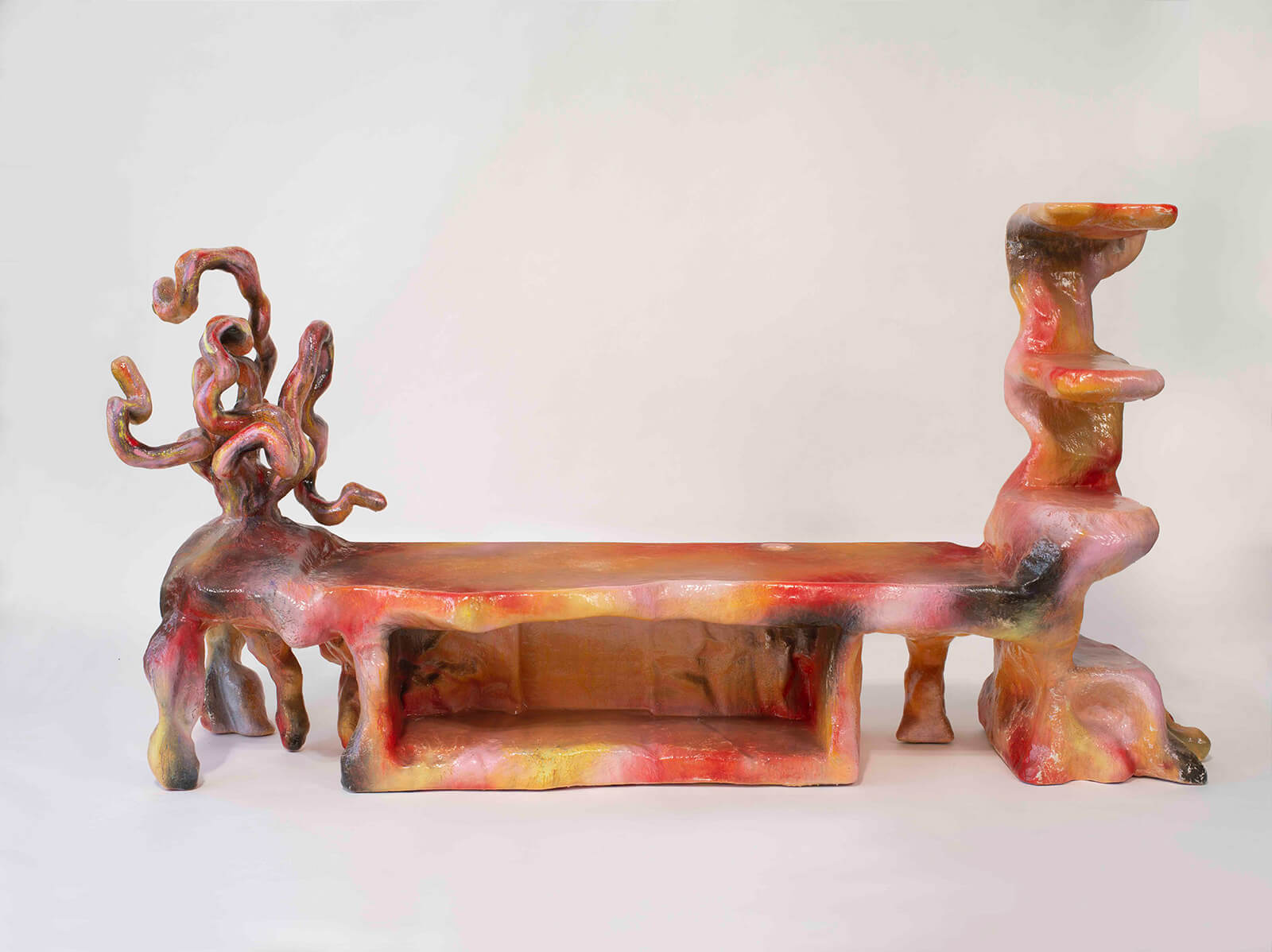 Last summer they were invited by the gallery to contribute to a group summer show. This year, they were invited back to create what they describe as “something more consequential”, tackling the topic of climate change and inspired by the underwater world, beneath the sea. No sooner, however, had they gathered their collaborators and materials, than the pandemic closed all borders and forced them to reconsider. It became imperative to the duo to reflect the new emergency and its emotional impact and so the whole team agreed to move to Orta’s family home south of Paris and start work on a show that would draw elements from their previous underwater climate thinking, but would be responsive to the new circumstances.

Orta says, “This new work has catalysed things that we were already exploring through improvisation.” The classic idea of the couple, for instance, or accepted ideas about domestic space, or the notion of power as reflected in that classic piece of office furniture, the desk. Maurice Sendak’s children’s classic Where the Wild Things Are has inspired one act, with its demonstration of the power of dreams and the imagination to enable us to escape confinement. 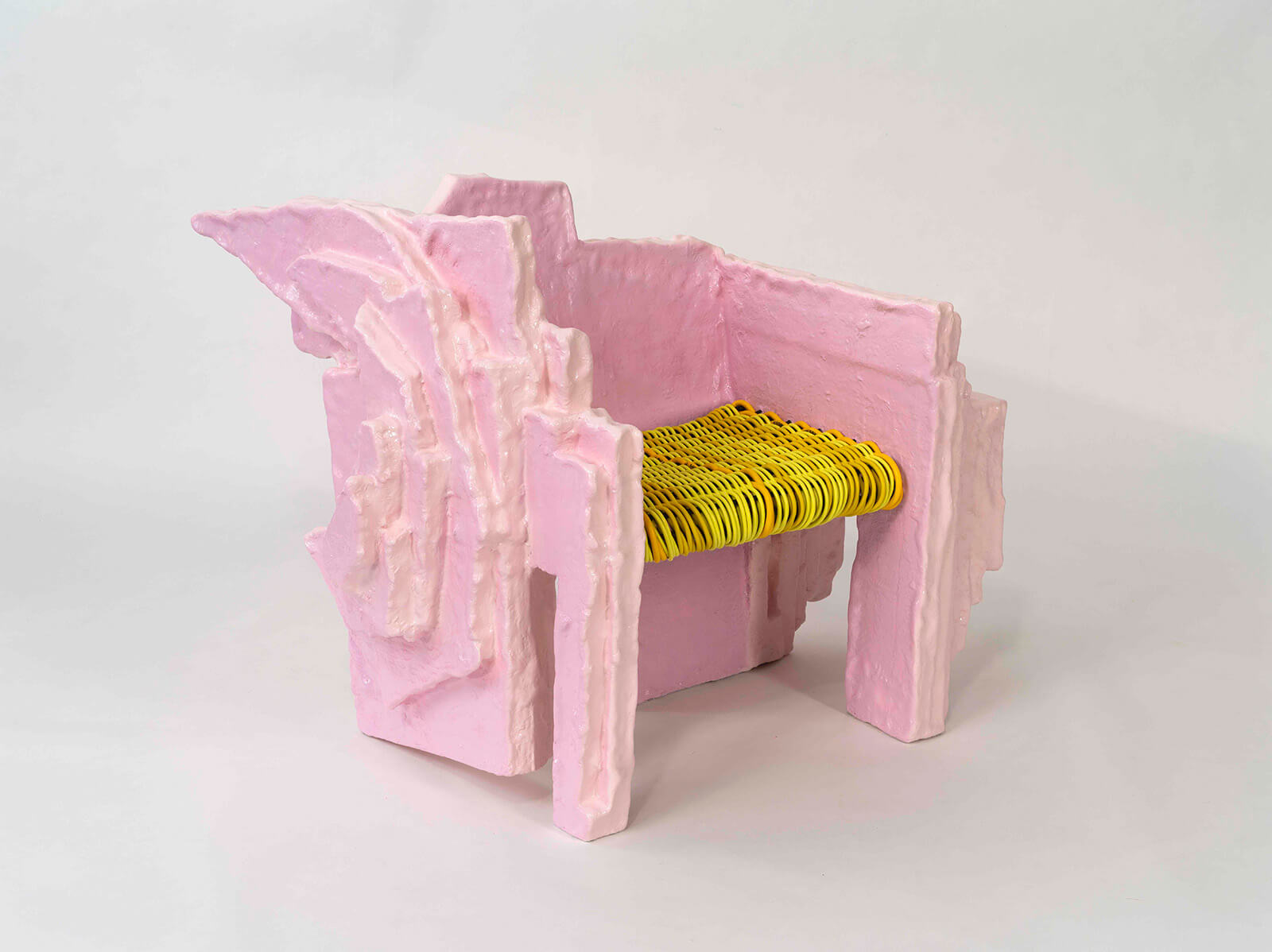 It is this exhibition that will open on Monday, without the artists themselves to animate the scenes but with a variety of ingenious alternative methods (including recorded performances), to bring variable meanings to the installations. Andersen comments, “Our philosophy is grounded in the theatrical habits of the stage. We have to bring life and movement to our objects otherwise they don’t make sense. And so we have had to bring that vision into a different sphere – onto an alternative platform – and that has given us the freedom to do something new.”

OrtaMiklos: 6 acts of confinement – the first US solo exhibition of the French and Danish creative duo. 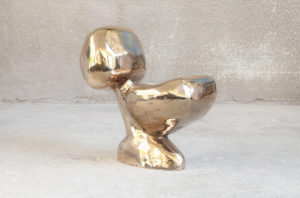 In The Studio
Artists under Lockdown / Voukenas Petrides
A design duo grounded in Athens.
By TDE Editorial Team 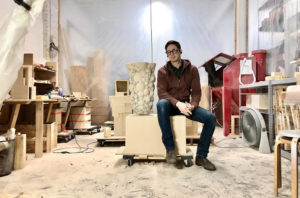 In The Studio
Artists under Lockdown / Steven Haulenbeek
A designer using this forced pause to develop his processes in Chicago.
By TDE Editorial Team

In The Studio
Artists under Lockdown / Marlène Huissoud
An experimental designer temporarily anchored in Paris.
By TDE Editorial Team 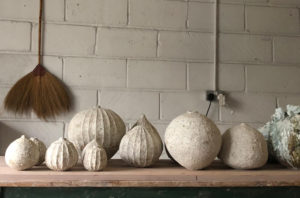 In The Studio
Artists under Lockdown / Akiko Hirai
A potter in London.
By TDE Editorial Team
The Design Edit
For Collectors and Dreamers
Read
Connect
Legal
Join Our Bi-monthly Mailer
Follow and Share
© 2021 The Design Edit.
All Rights Reserverd