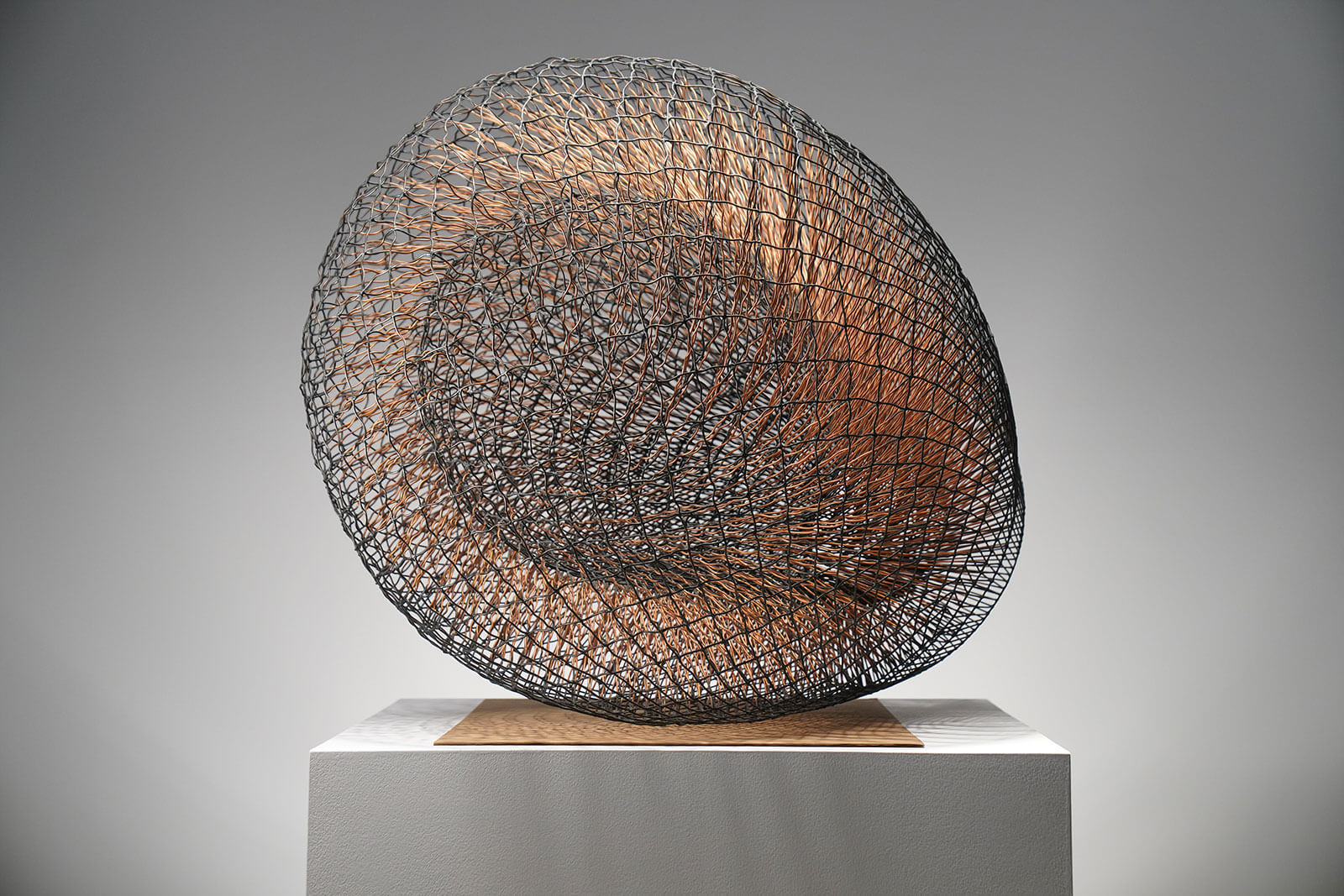 JOHN PAI IS a sculptor who works with welded steel. His ethereal objects are born from a laborious process of welding together individual units of this industrial material, some coated with copper. The forms begin from a single unit and grow organically from there into a wide variety of different abstract constructions – each pursuing their own logic, carrying within them the momentum of their making as well as a record of the subconscious journey that gave them birth. For Pai, the process is like drawing in space. The manifold influences that inform their growth range from memories to music, science, Eastern philosophy and literature.

“Working is like a private ritual,” he has said. “It brings me back to the idea of reaching a communion with a sense of silence, finding my way within and without it. I have no preconceived idea when I start working. I work and react to what I’ve done. I become comfortable with silence.”

Pai was born in Korea in 1937. His family lived in a remote area outside Ilsan, Korea, where he spent his early childhood immersed in nature. As the Second World War ended, the family moved to Seoul, and then, in 1949, to America, where he has lived ever since. Lodged with a family in West Virginia in his teens, Pai showed a talent for art, holding his first one-person show at age fifteen at the Oglebay Institute in Wheeling, West Virginia in 1952, whilst also playing the saxophone and clarinet. He studied industrial design and then sculpture in the graduate program at Pratt Institute in New York, where he encountered the cutting edge of contemporary art. In the early 1960s, he became the youngest professor to be appointed to the faculty at Pratt where he led the school’s fine arts and sculpture programmes for nearly four decades, encouraging crossovers between disciplines.

This particular object, ‘Shared Destinies’, is an almost perfect balance of opposites. It seems as much to hold as to inhabit space. It is made of a hard industrial material, but is equally composed of the air surrounding it and permeating its structures. It is contained, complete and yet the copper inside shimmers like a raging fire inside a cage. The forms  – inner and outer  – share destinies yet differ, like a married couple, and from every angle the object is differently animated. Although it lies still, it requires you to move. It transpires that Pai is as interested in the architectonic aural structures of J.S. Bach as he is in the formal logic of nature or the work of artists like Constantin Brancusi, Hans Arp, Barbara Hepworth and Henry Moore  – this work, in itself an exercise in radical simplicity, the meditative placing of one piece next to another, resonates with all these.

You can see ‘Shared Destinies’ at Frieze New York 2021, on the stand of Hyundai Gallery, in The Shed, Manhattan, until Sunday 9th May, or online at the Frieze Viewing Room until 14th May. 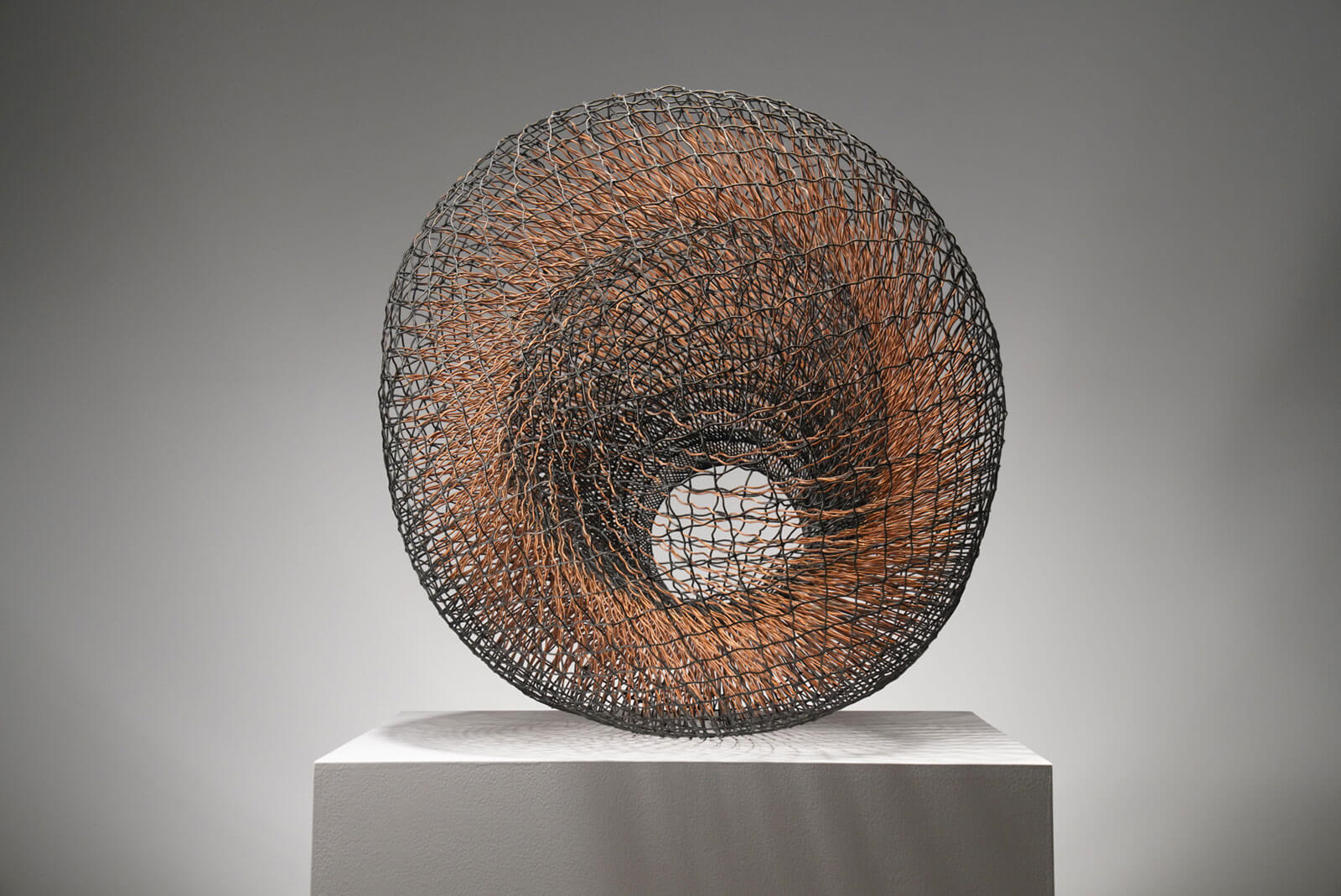 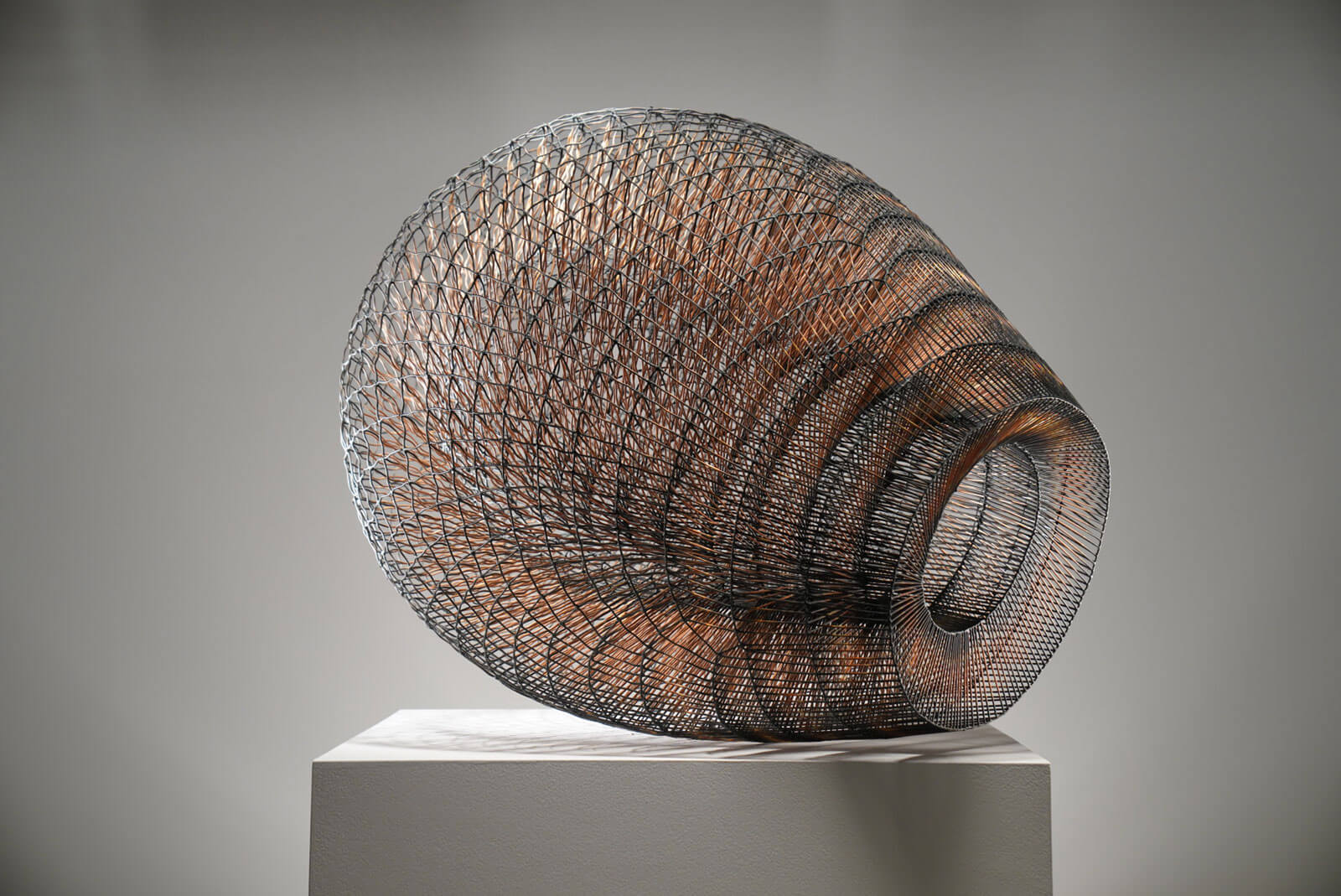 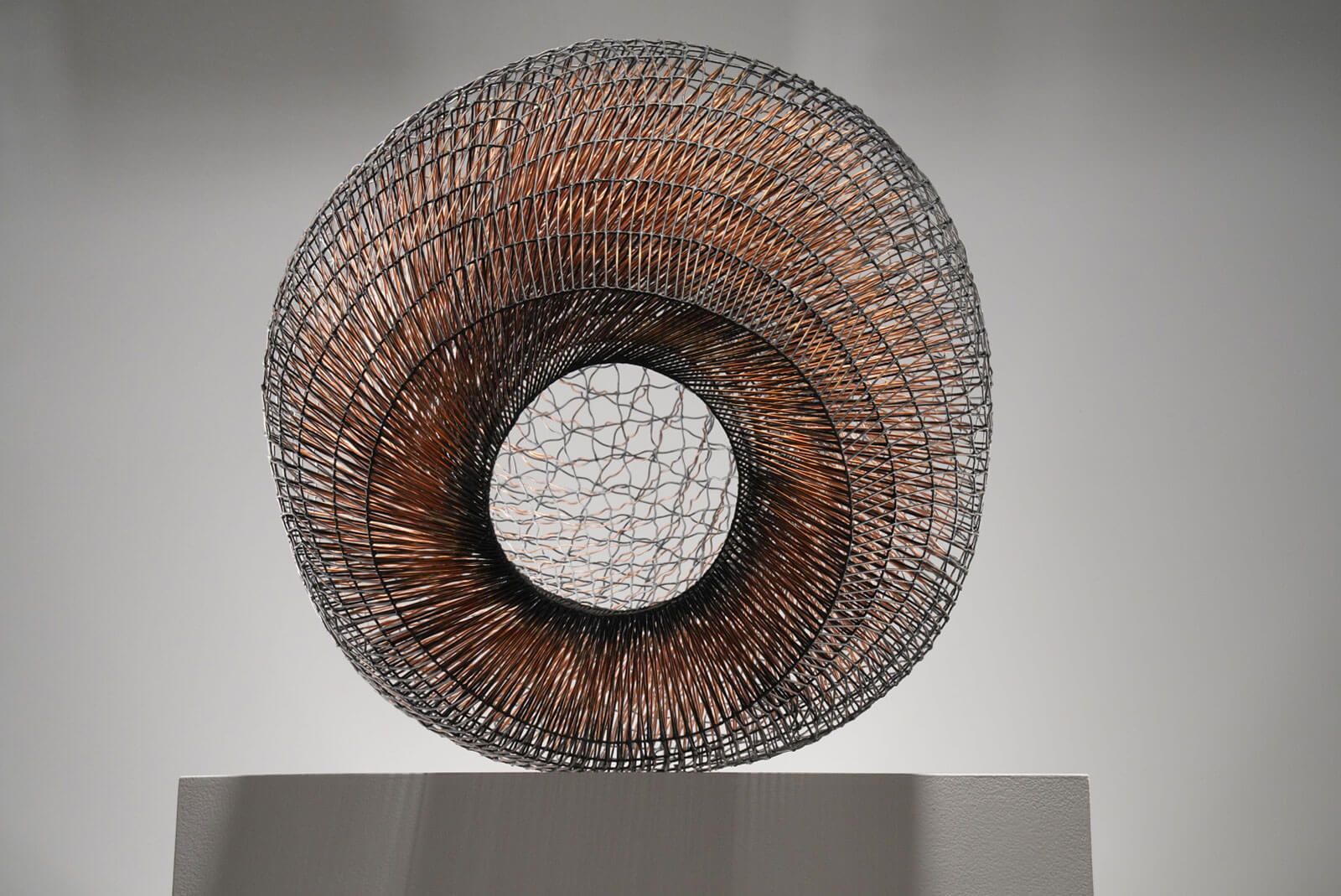 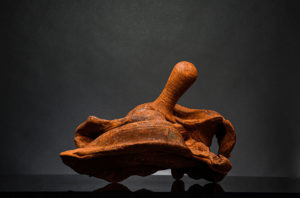 Object of the Week
'Attenuated By Fetters', 2020
James Evans
By TDE Editorial Team 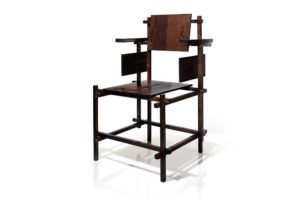 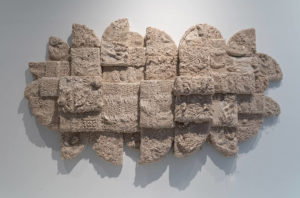