Architects, interior decorators and industrial designers are taking the next step in expressing their vision – creating collections of bespoke furniture. 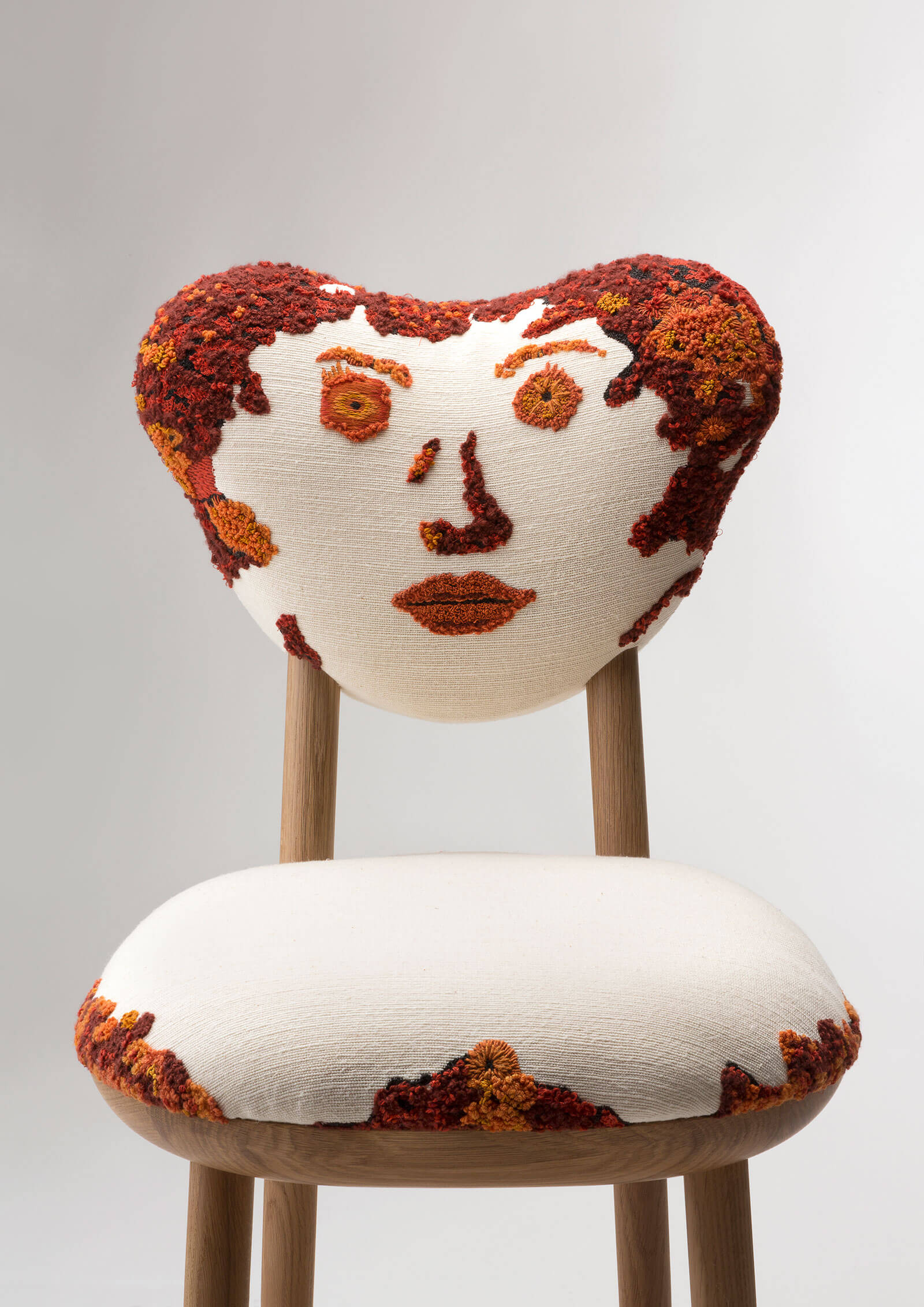 Contemporary “ensembliers” – those interior designers who also create their own pieces – represent a distinct, new art deco movement in furniture design. Some of the foremost figures in this contemporary way of working are the architects Charles Zana and Joseph Dirand, the interior designer Pierre Yovanovitch and the industrial designer, Mathieu Lehanneur. Far from the gallery system and industrial production, these creators have developed an innovative, haute couture approach to interior design based on craftsmanship and a dedication to the bespoke. 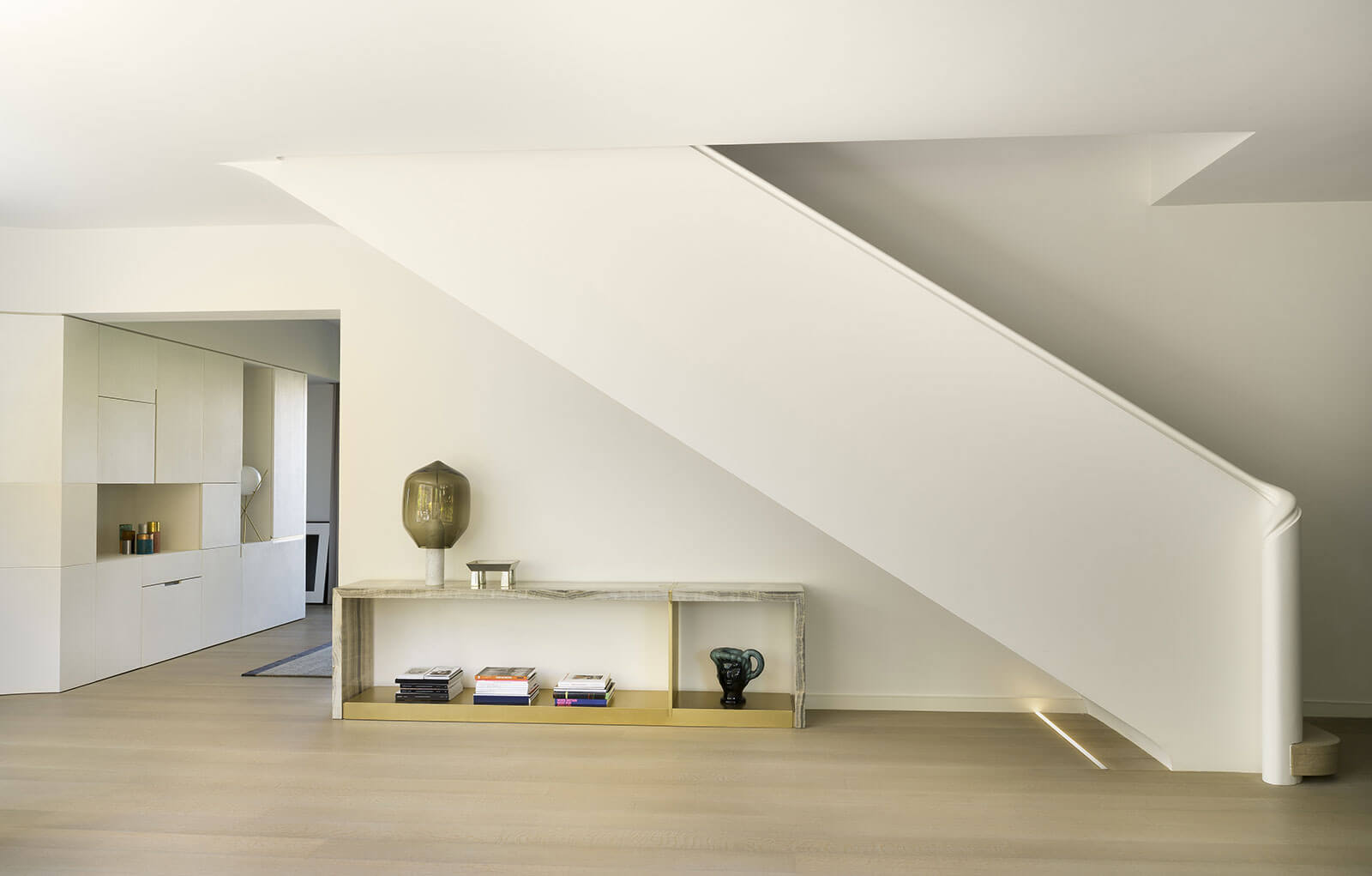 France has been renowned for its decorative traditions, rooted in highly skilled craftsmanship, since the mediaeval era. The guilds were established to uphold the most exacting standards for craftsmen, as for all professions. Until the French revolution, most commissions were ordered by clerical authorities and royal courts, ensuring a stream of masterpieces in the field of decorative arts and fine arts. During the nineteenth century, as the country established itself at the forefront of the luxury trades, Paris became the style capital of the western world. 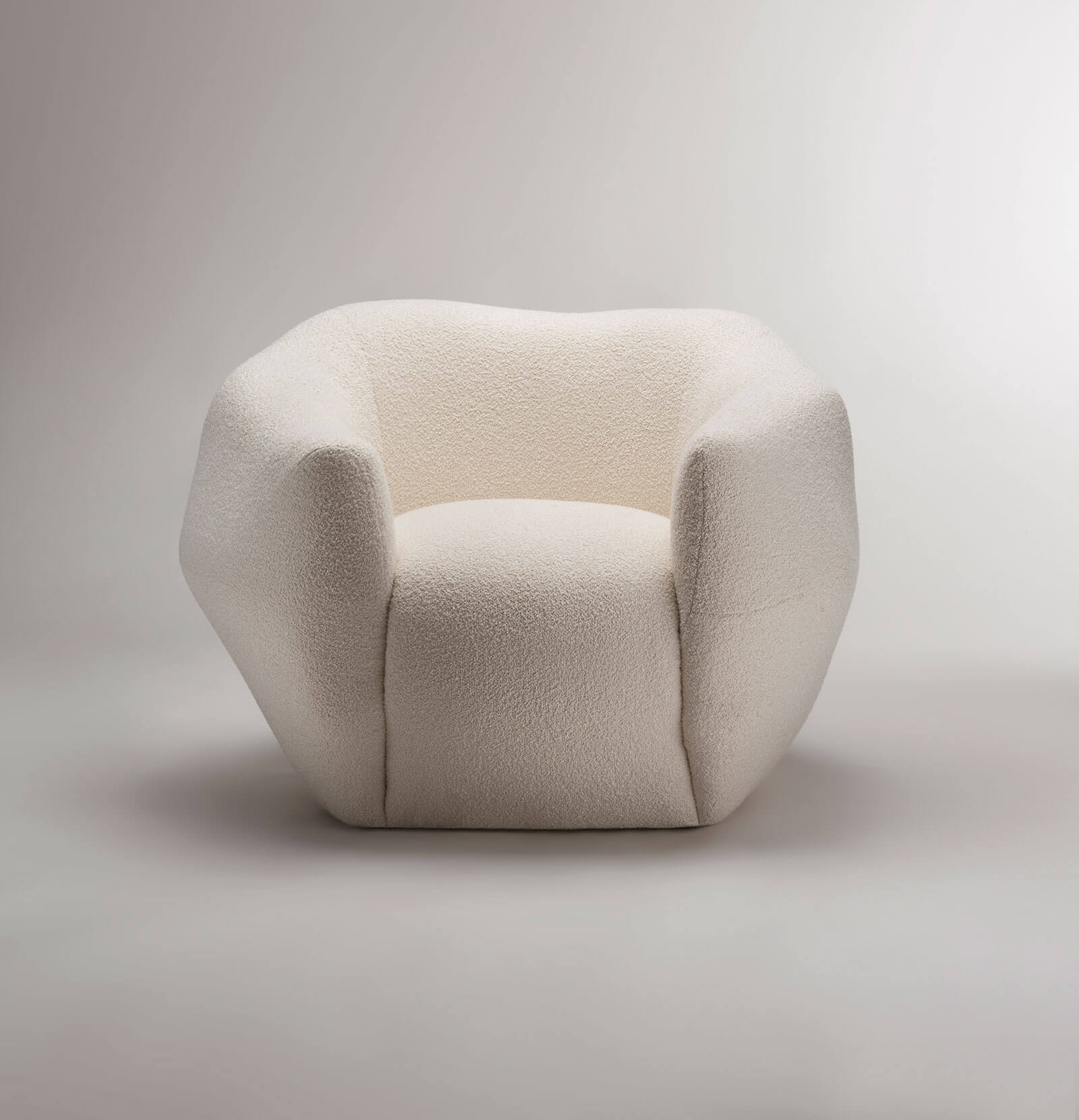 In the 1910s and 1920s, connoisseurs were inspired by a new development in “modern” design, the Art Deco style. It reached its zenith at The International Exhibition of Modern Decorative and Industrial Arts, held in Paris in the summer of 1925. The Art Deco “ensembliers” offered an alliance of art and craftsmanship as a way to experience the modern world. “Ensembliers’” showrooms, such as those of Émile-Jacques Ruhlmann, Armand-Albert Rateau, and La Compagnie des Arts Français were not only filled with individual pieces for sale, but also presented fully furnished interiors that demonstrated the range of what the “ensembliers” could produce on commission. 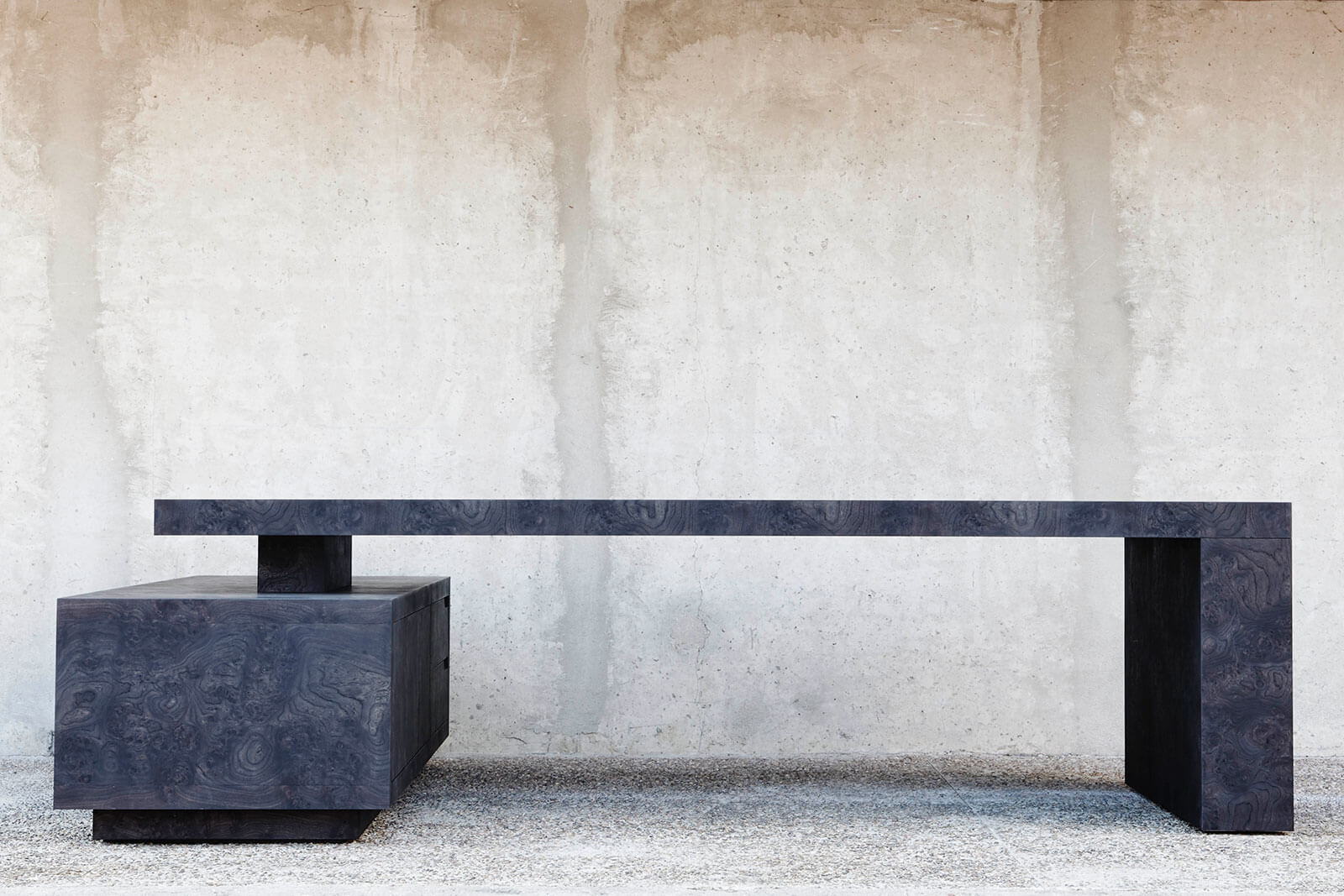 Today, in interior design, the “French touch” is taken to mean refinement, sophistication and exquisite taste – explaining the demand for French professional decorators abroad. A handful of these decorators, however, follow their predecessors also in uniting a deep knowledge of the history of design, with an appetite for innovation, enlarging their activity to produce personal collections of furniture. “It is hard to find furniture pieces that correspond with my storytelling,” reflects Joseph Dirand. This explains why he decided to design his own pieces; first he simply wanted to match his interiors, but then after some years, he felt the necessity to create a collection that could be independent: an expression of his philosophy. “I consider furniture as a kind of micro-architecture, very minimalist,” he says. 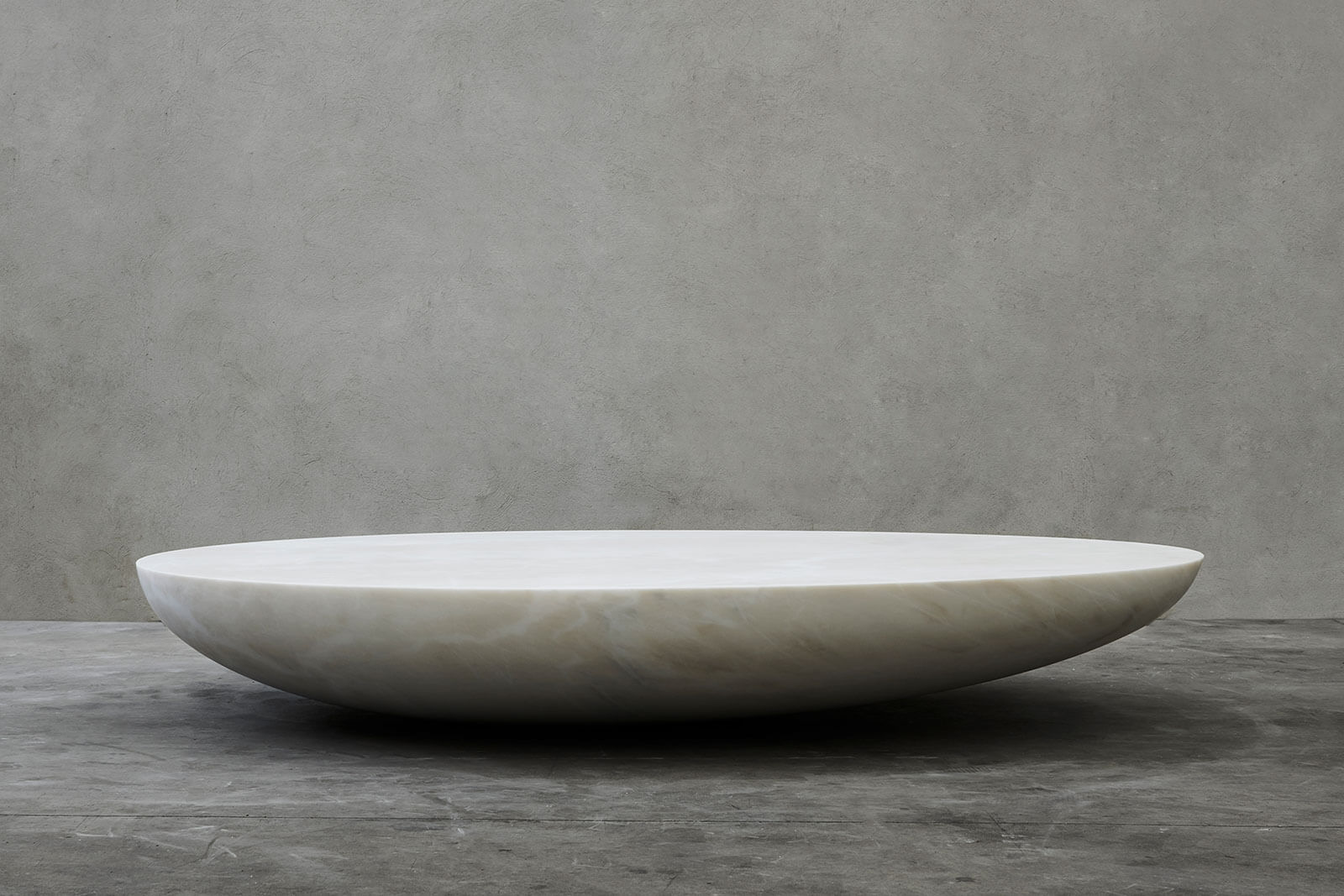 His first collection called ‘Modernism’ (2015) is a tribute to the architects he worships, Le Corbusier, Pierre Jeanneret, Alvar Aalto. It was shown in the Pierre Marie Giraud gallery in Brussels. Today, he produces all his decorations and furniture pieces as unique commissions, collaborating with the Ateliers de Saint-Jacques, whom he considers to be “the best craftsmen in the world!” To explain his style, he says “I am above all, an architect, when I design furniture.” He invokes architectural shapes, especially from the minimalist movement and brutalism, searching for sculptural effect. “My aim is to give a maximum of strength and character, with the least expressivity,” he adds. He likes to create pieces out of a single material, to produce a kind of monolithic object, an impressive mass that captures the light on the surface. Joseph Dirand sells these limited-edition pieces through Aurélie Julien Collectible and Pierre Marie Giraud Gallery in Brussels. 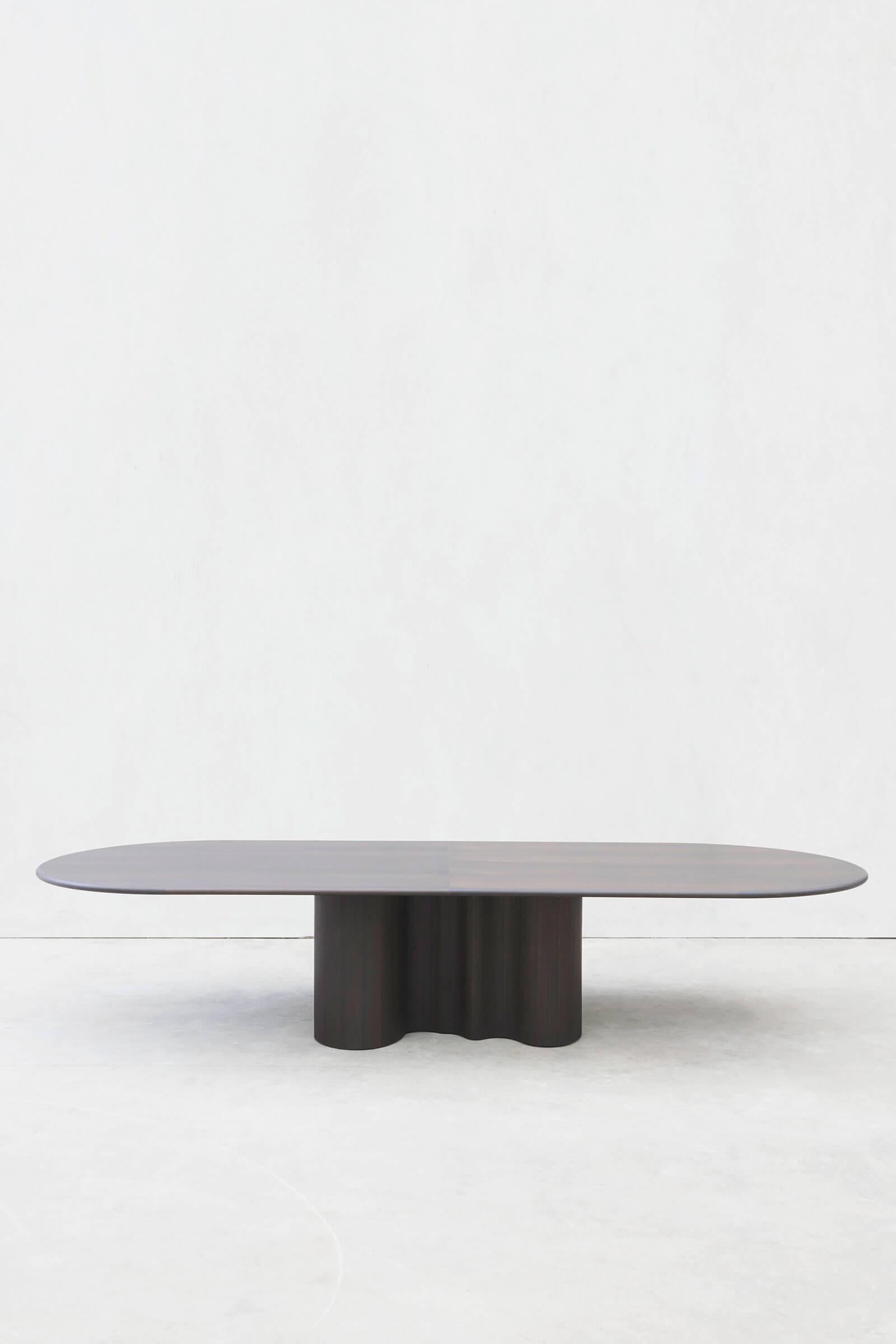 “My aim is to give a maximum of strength and character, with the least expressivity” 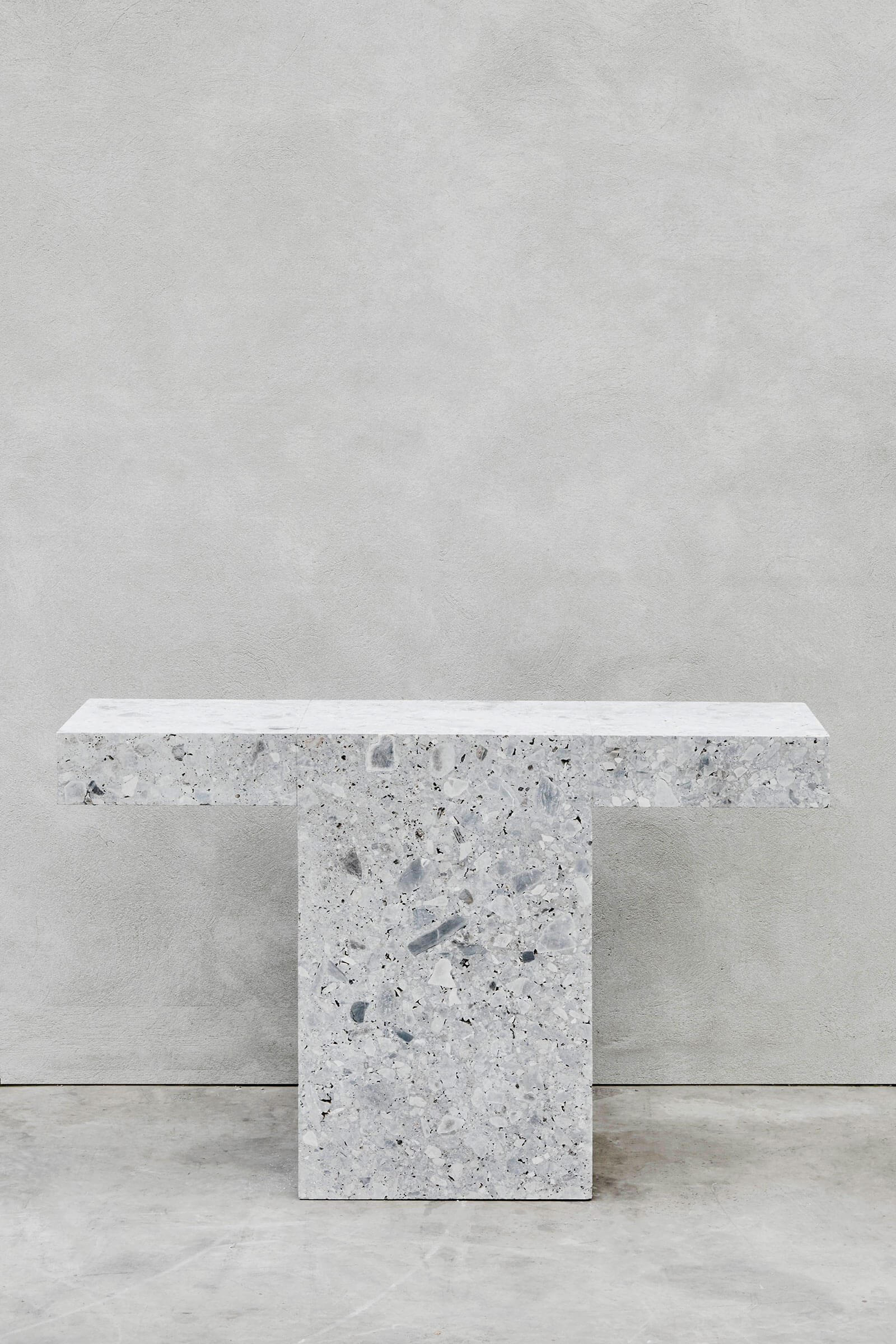 “I consider furniture as a kind of micro-architecture, very minimalist”

The architect Charles Zana, steeped in the history of French decorative arts, is also an erudite collector of Italian design. When he decided to add his own furniture to his interior design projects, he saw this as an extension of his global architectural vision. Influenced by interior designers like Jean-Michel Frank and Pierre Chareau, he argues that: “In the thirties, there was an ambition to design exceptional furniture, and it was exceptional because it was not industrialised.” 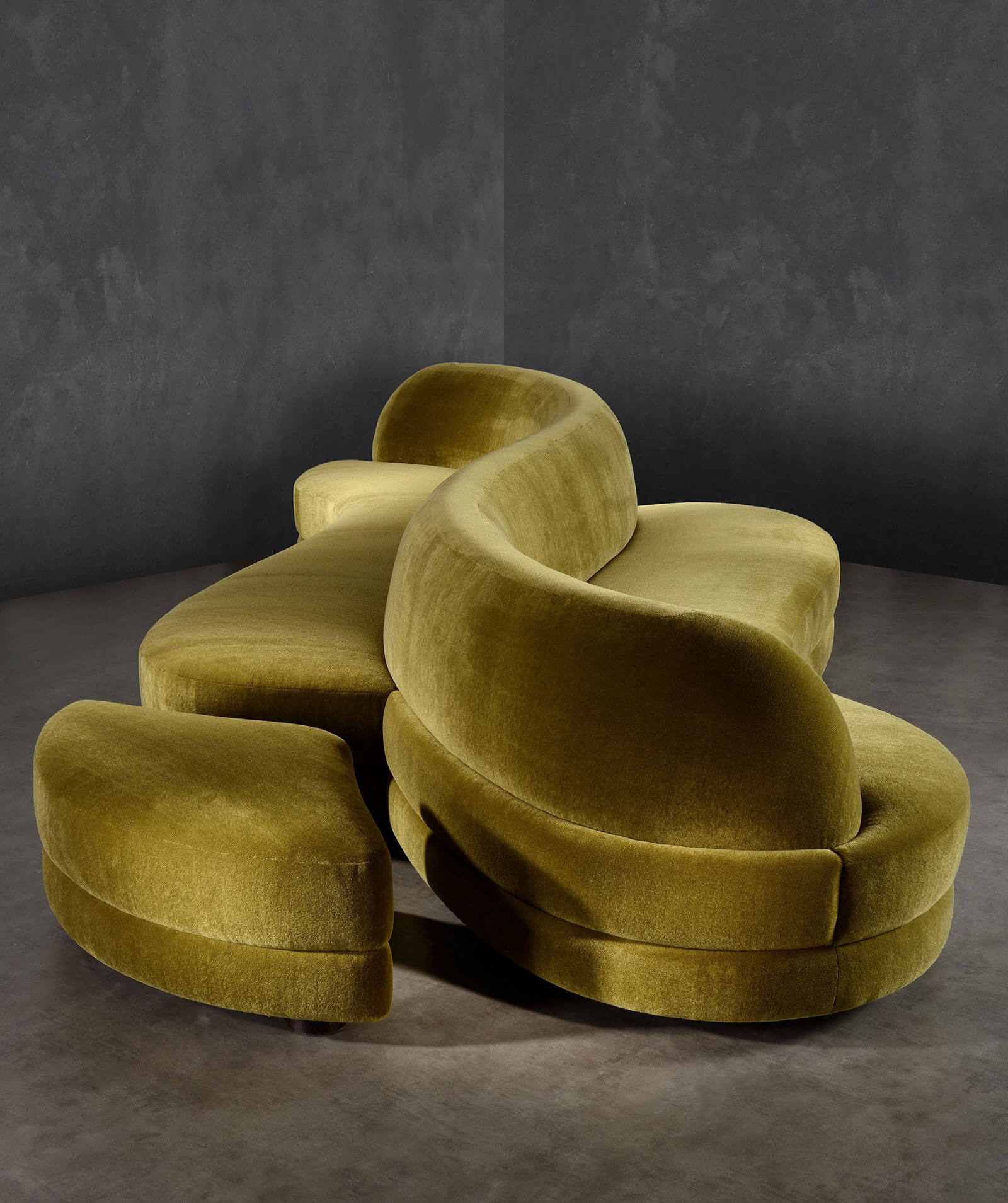 Zana has also been inspired by the Italian designer Michele De Lucchi, who has developed a line of experimental Produzione Private alongside his product design. Zana believes that “the idea behind designing bespoke furniture is to suggest tradition, but with a special twist.” What he meant by that was demonstrated by his exhibition for “AD interiors” (2014), when he first showed examples of his exclusive furniture, such as the marble stool ‘Nomad’. 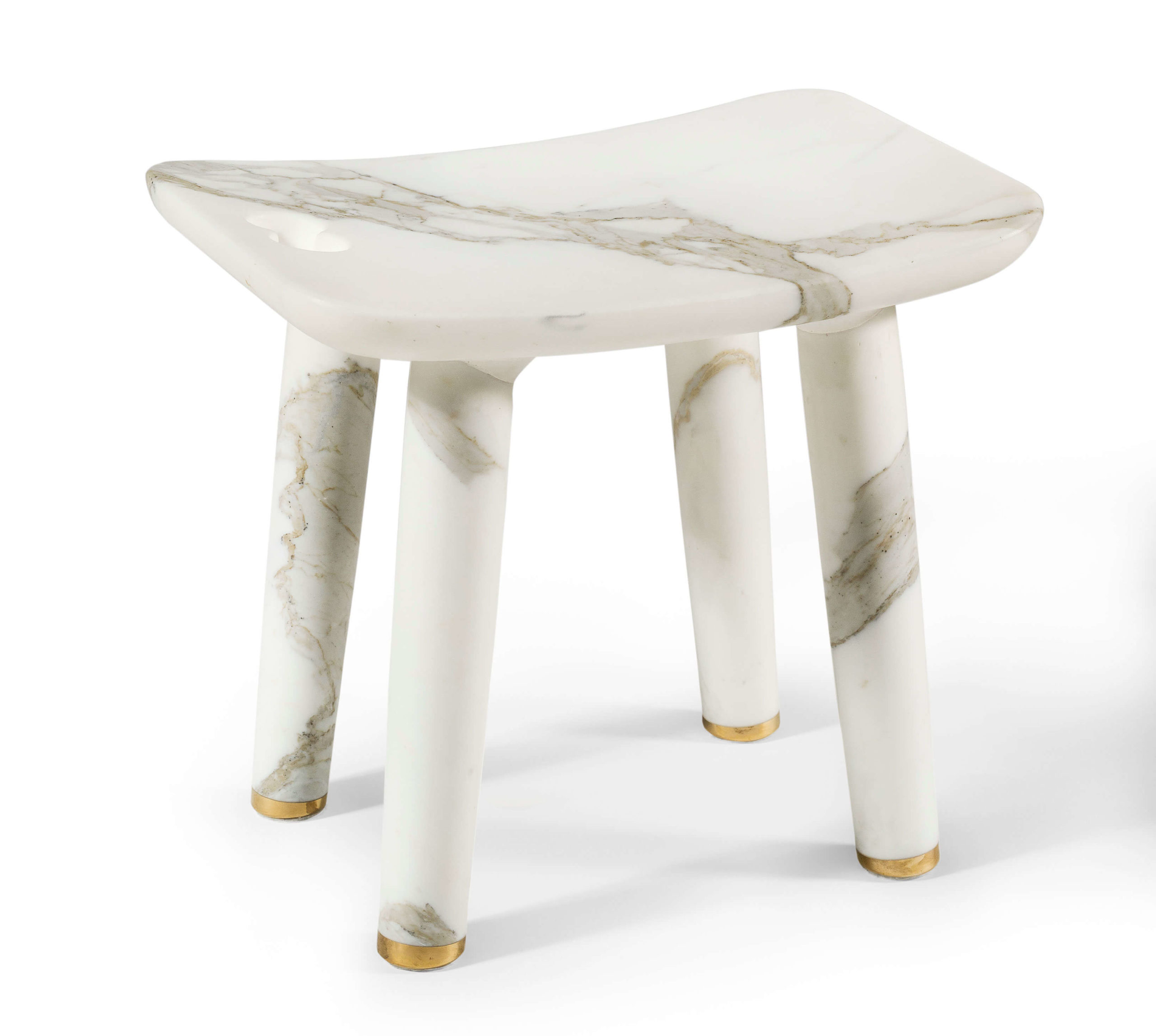 He likes to define his work in three words “elegance, proportion and comfort” and refers to the architect Carlo Scarpa, who promoted the idea of “déjà vu” as a way to reinterpret classical trends: “the object is part of our memory”, confirms Zana. 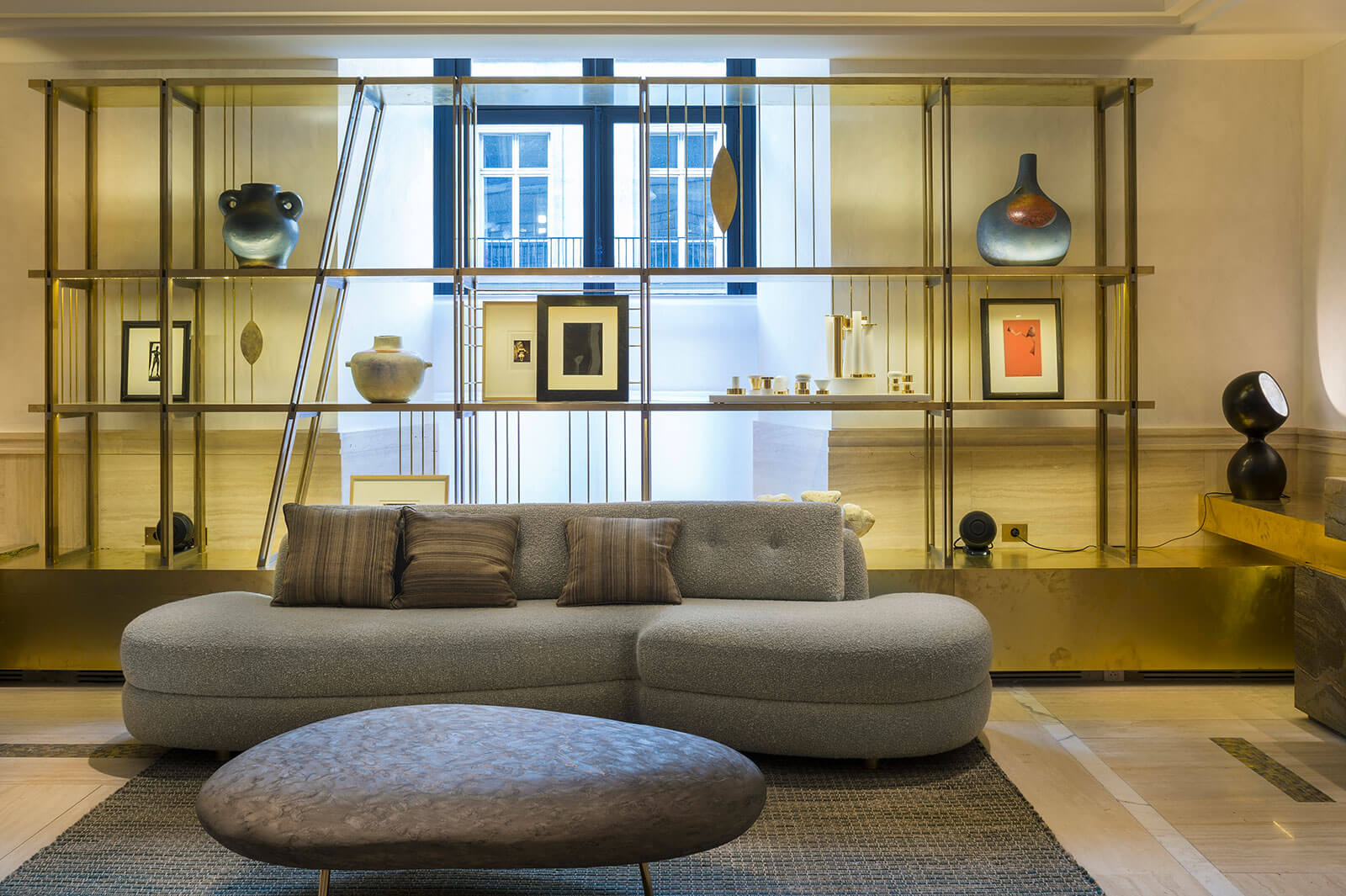 Although Zana is a great believer in online publicity – “With today’s network, one can publish on Instagram and reach clients all over the world” – he has opened a showroom on the rue de Seine next to his studio, because no virtual or digital rendering can replace the physical touch. He also sells through “The invisible collection”, the first online platform to sell a curated selection of outstanding pieces by the world’s best interior designers. 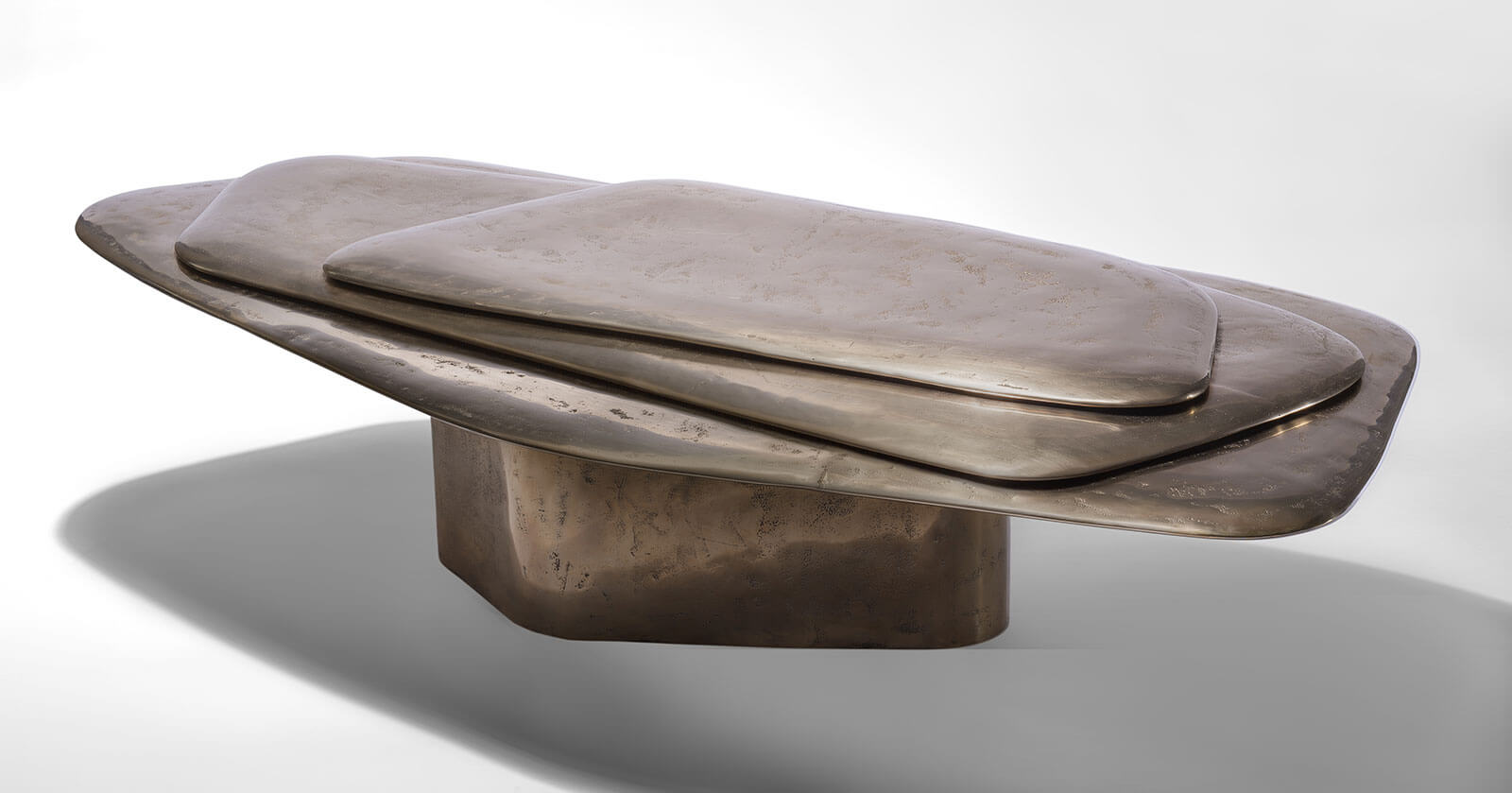 Pierre Yovanovitch founded his interior design studio in 2001, after eight years working with the fashion designer Pierre Cardin. He started designing furniture pieces when he needed oversized sofas, for instance, or any bespoke elements in his projects. “It also pleased me to widen my palette, as a tribute to architects I admired, like Jean Royère, the American designers of the 1940s and the ‘Swedish grace’ represented by Axel Einar Hjorth.” In 2017, he showed his first furniture pieces in the R & Gallery in New York, the ‘OOPS’ collection: “I created this collection with a specific purpose – that was as functional as it was spiritual.” 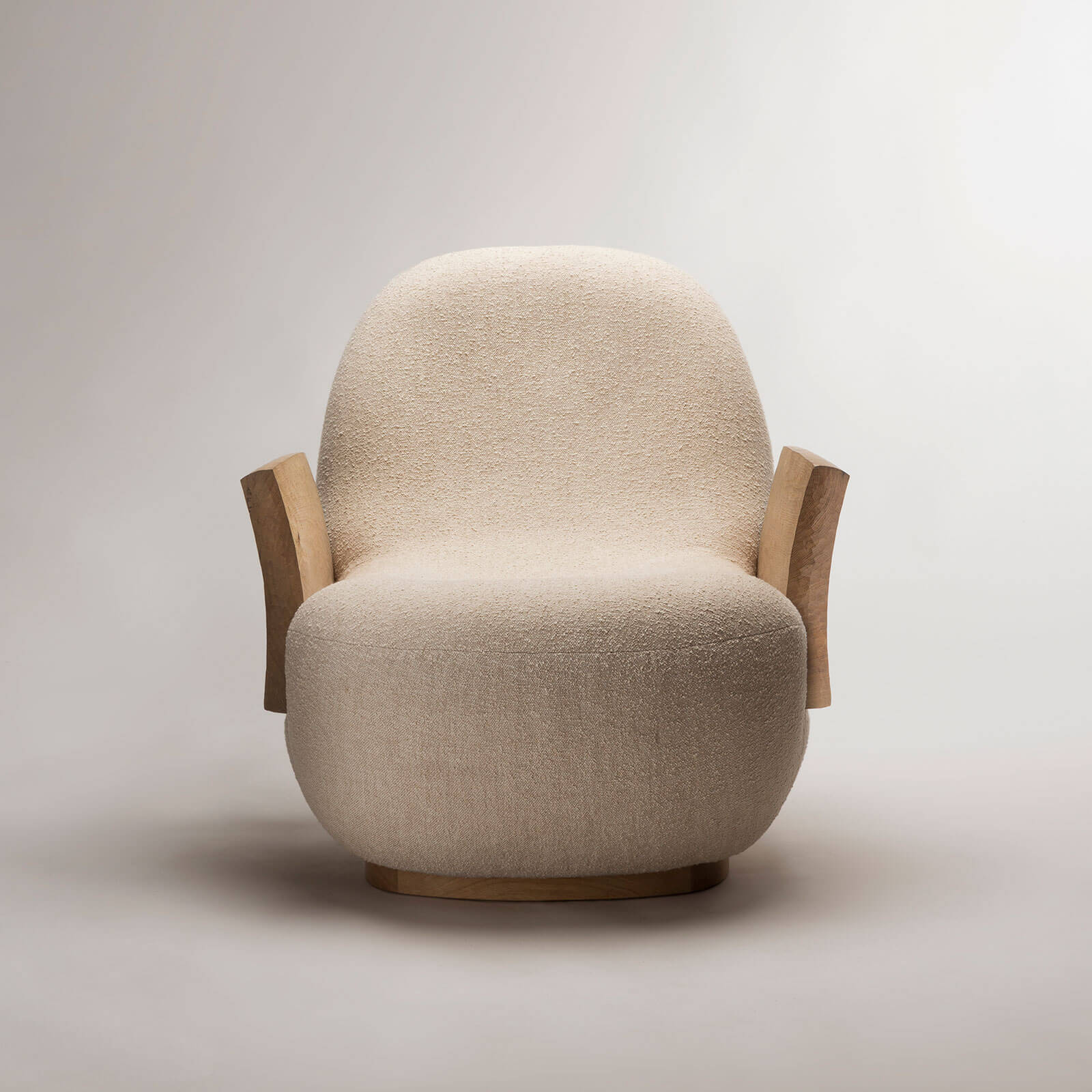 Pierre Yovanovitch suggests that his furniture arises from the marriage of imagination with a very specific know-how. He makes demanding choices, such as connecting massive pieces of wood with very sophisticated joints – no nails, or glue – but using traditional handicraft systems like dovetails and Tenon and mortise joints. “The Yovanovitch style”, confirms the interior designer, “I would qualify as simple, not ostentatious, and my concern is to focus on details, to make this furniture last forever. I like to create a family of furniture pieces; I give them names and I would love the clients to adopt the pieces.” 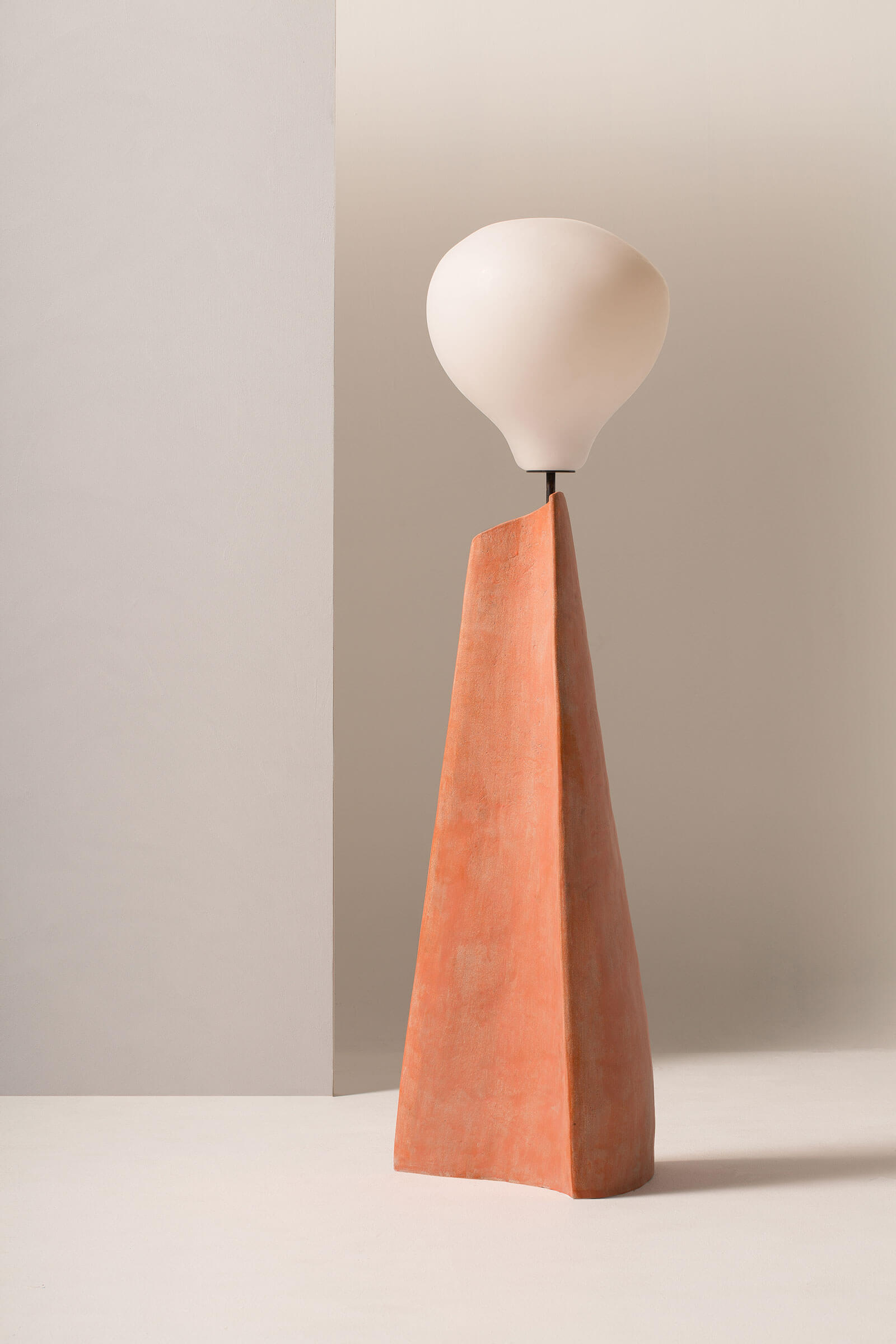 For his interiors, he likes to suggest a mix and match of vintage design, other designers’ pieces and his own production. “I don’t want to impose a total look, but a kind of eclectic style, in order to match the personality of the owners,” he says. Pierre Yovanovitch calls his production an Haute-facture collection, a luxury production, but he adds, “the word luxury can be confusing. Our luxury means a very sharp eye for detail, [and using] the best craftsmen ever: this is our philosophy.” 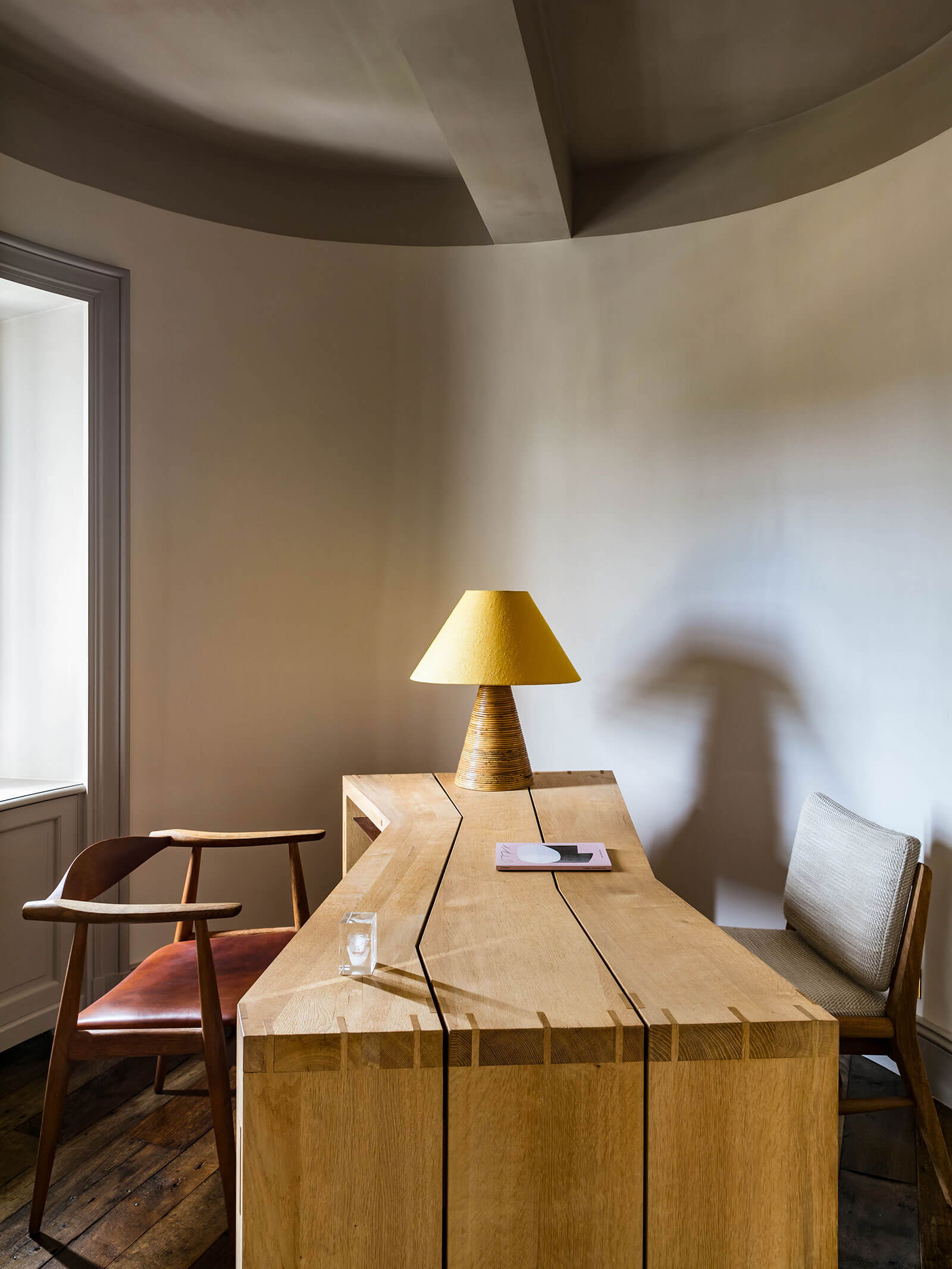 While exclusivity for his first collection rests with R & Company in New York, increasingly he hopes to work directly with clients through his company “Pierre Yovanovitch Mobilier”. 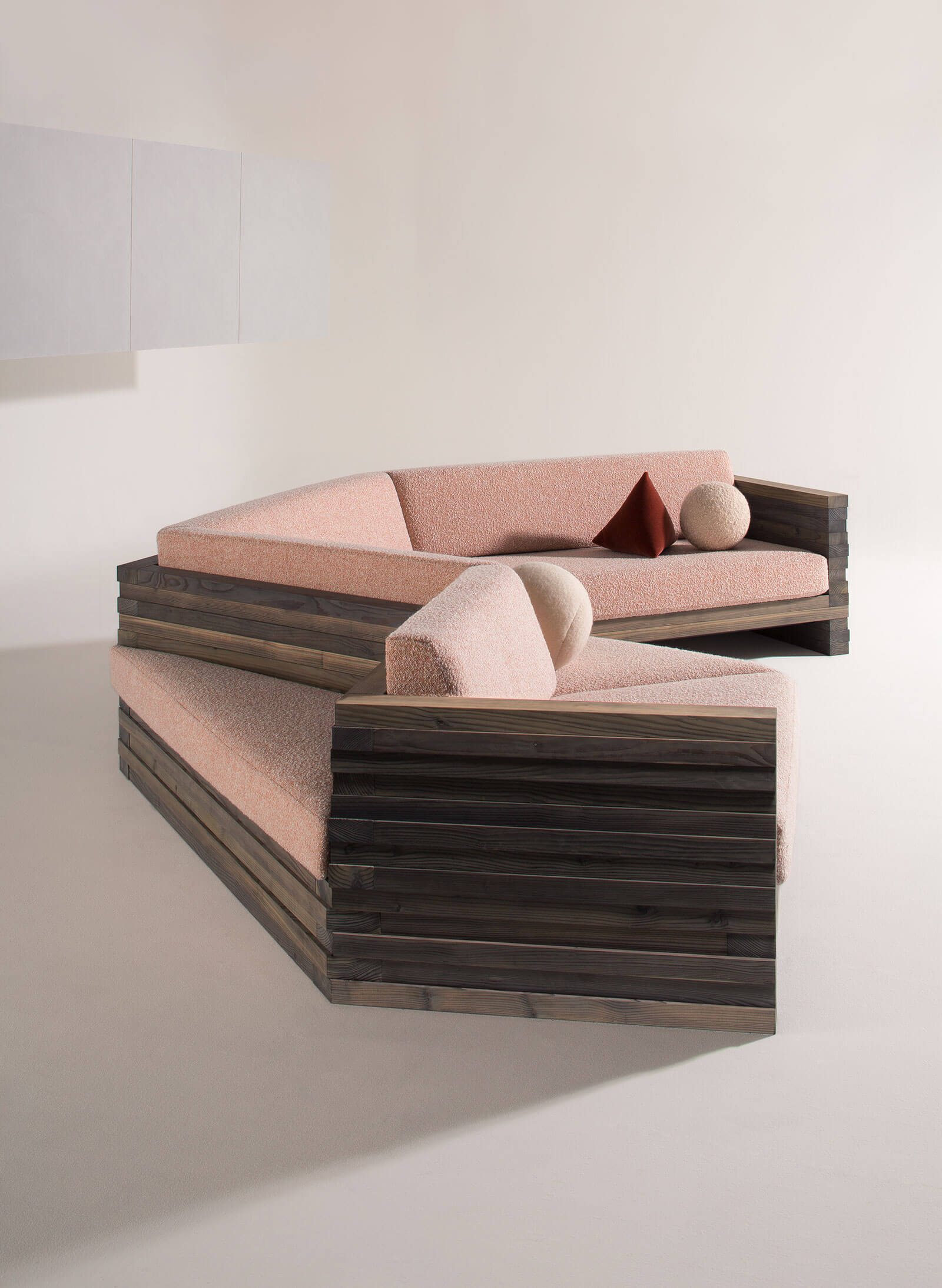 Mathieu Lehanneur, meanwhile, educated at Les Ateliers (ENSCI) in Paris, has been represented by Carpenters Workshop Gallery since 2010. He started his own furniture collection to create his personal brand, out of disappointment with the industrial firms. “In order to tell my own story, I want to control the whole production process. You don’t just buy a product, an object or a piece of furniture design, you buy a concept, an experience, an adventure.” 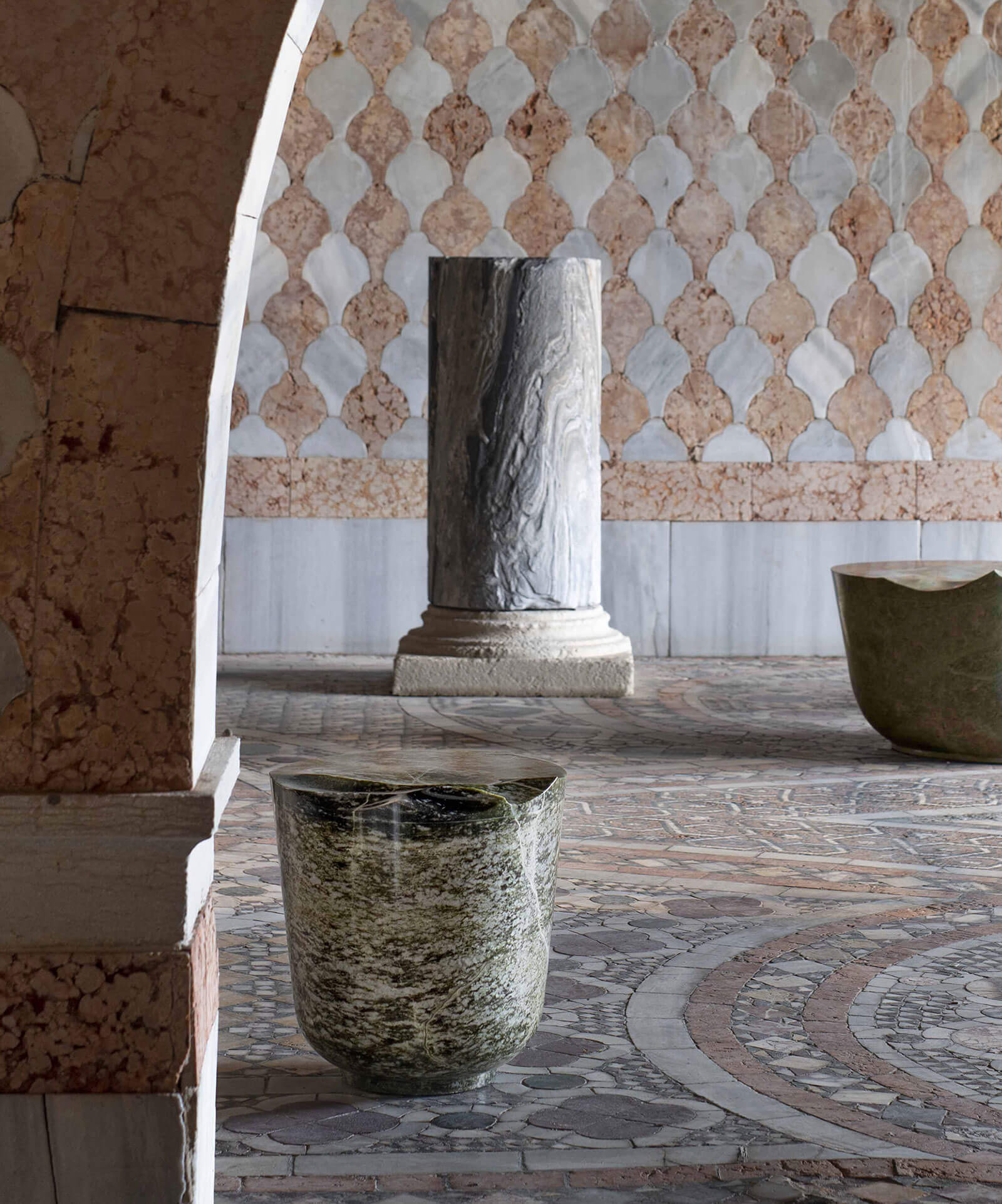 To explain the way he works, he compares his approach with the decorators and asserts “I work in the opposite way … I always start with the function – I suppose that it is linked to my education as an industrial designer.” He doesn’t like to refer to a particular style, saying “I instill my pieces with a magical touch; they are conceptual and very elaborate in terms of engineering.” Most of them are sculptural. “I like to stay on the verge of art and utility,” he says. Drawing his inspiration from nature and mathematical shapes, he seeks to achieve “a balance between culture and nature.” 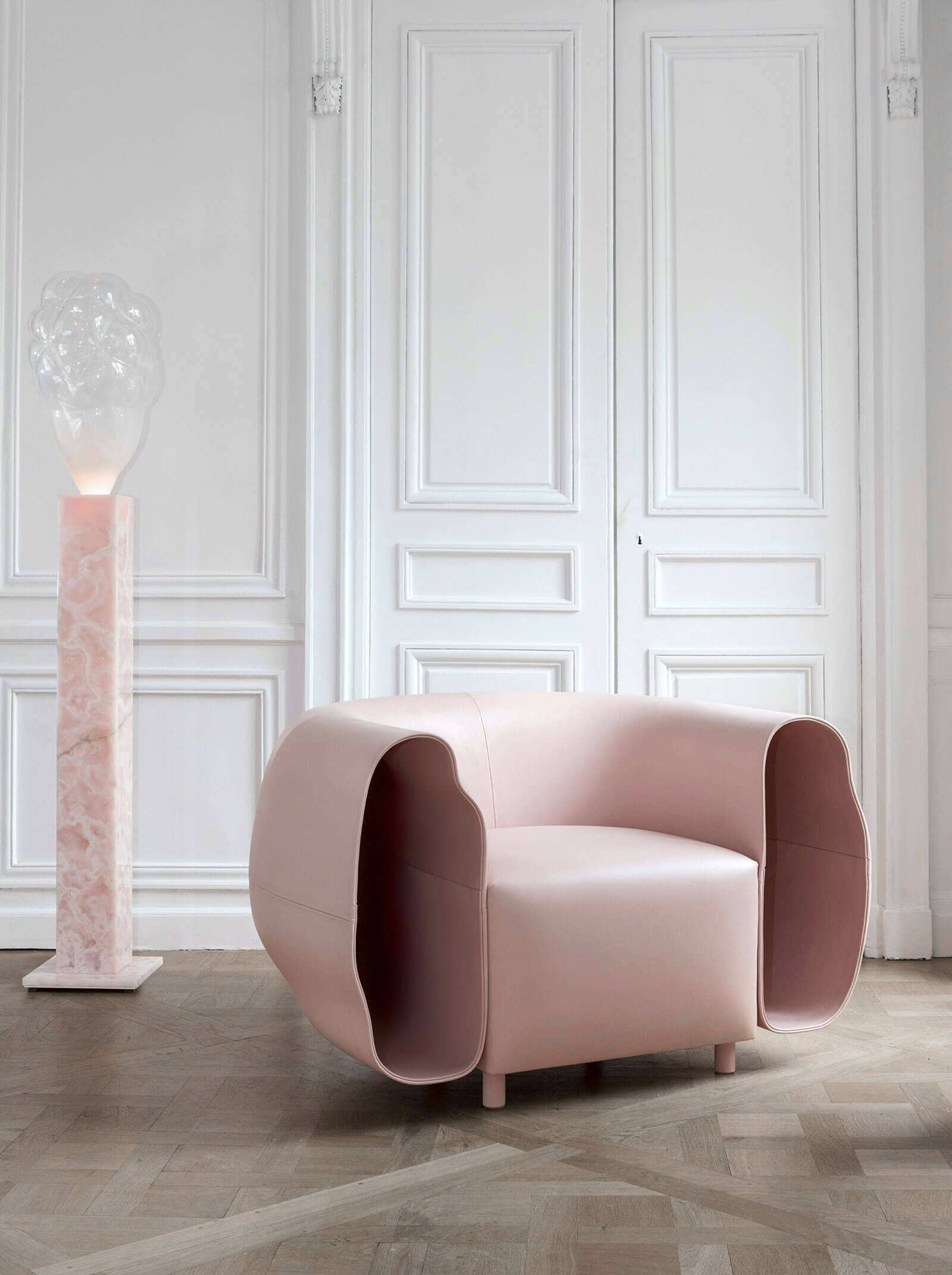 An international reach is also part of Mathieu Lehanneur’s strategy, who decided to open a showroom in East village, NY, six months ago. Countering the idea of luxury, Mathieu Lehanneur uses the metaphor of a painting sold for 3 million dollars in an auction house: “Is it luxury?” he says “No. If you ask the painter he will answer: it is my life. When we create pieces like this, we believe in the object, we share a concept.” 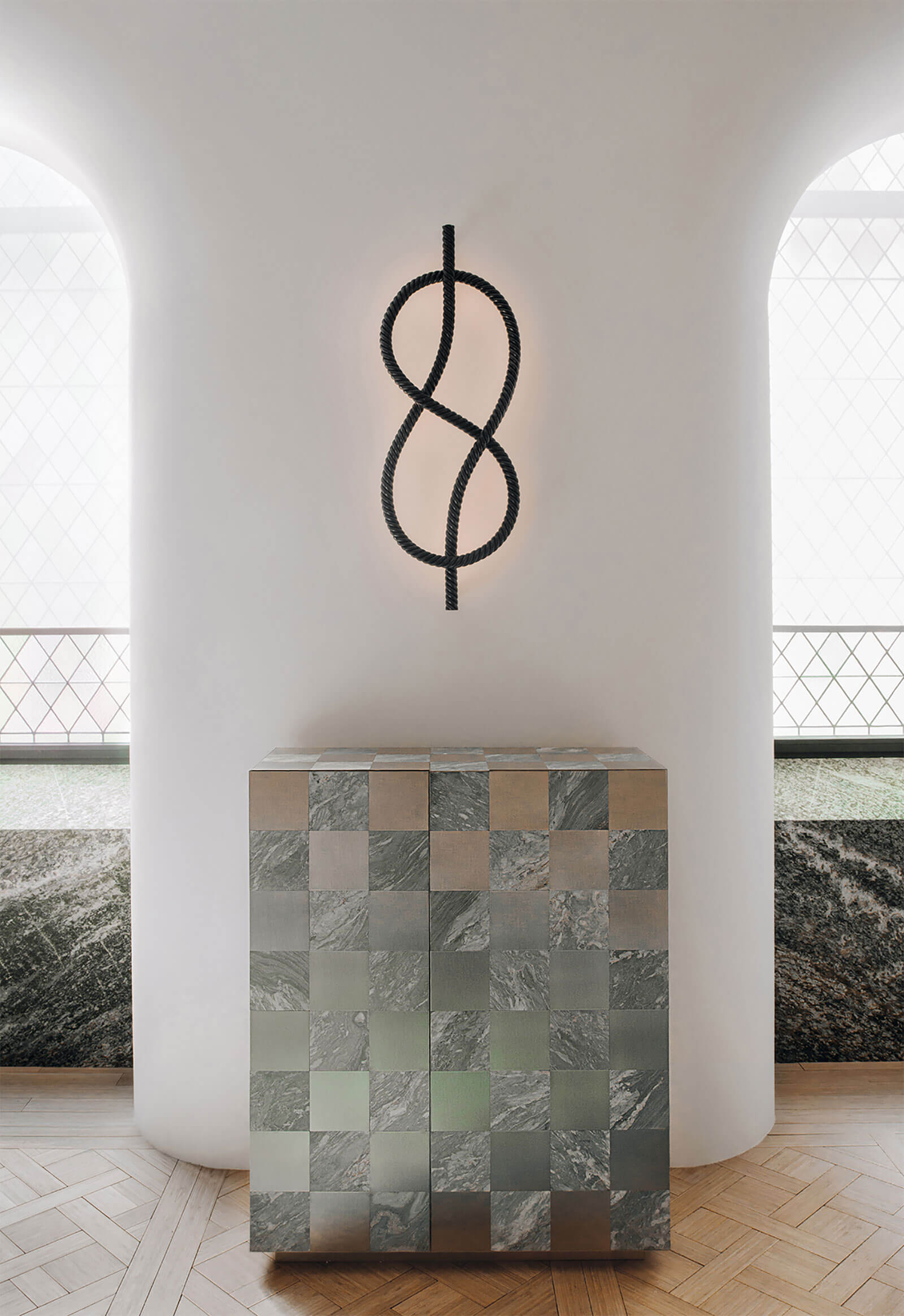 Together, these architect-designers are defining a kind of new art deco. Their limited edition, bespoke pieces offer luxury, based on the amazing knowhow of craftsmen. Together, they mark a specific moment that can be added to the History of Design. 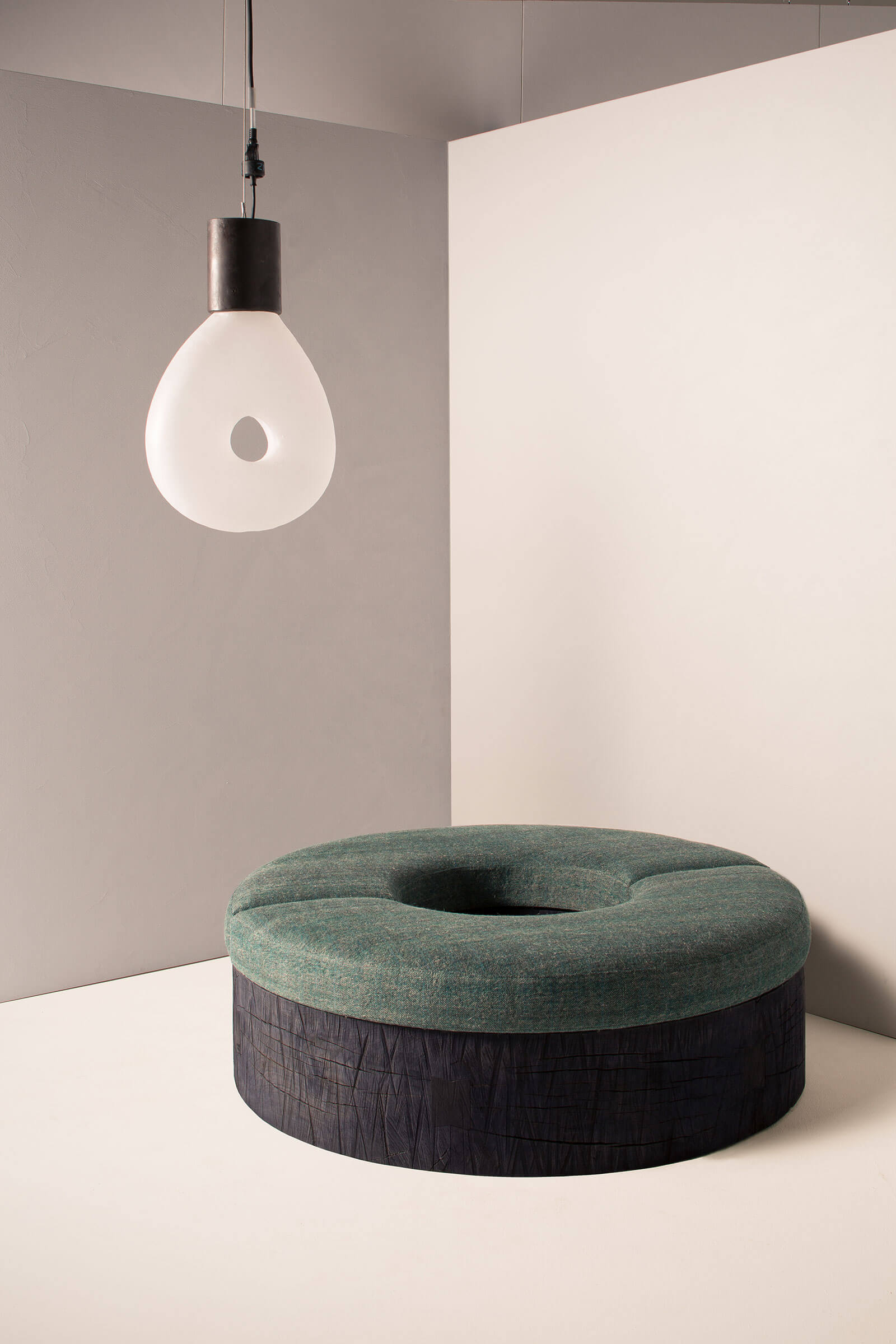 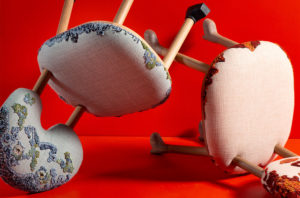 Exhibitions
Pierre Yovanovitch: LOVE
“All we need is love,” shouts Yovanovitch literally and metaphorically in his new exhibition, which is infused with sensuousness, colour, craftsmanship and humour.
By Judith Gura 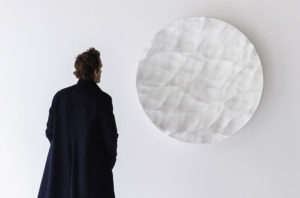 News
Mathieu Lehanneur in New York
The designer opens a new space on Lower East Side, to introduce his more experimental work to New York's savvy audience.
By Judith Gura