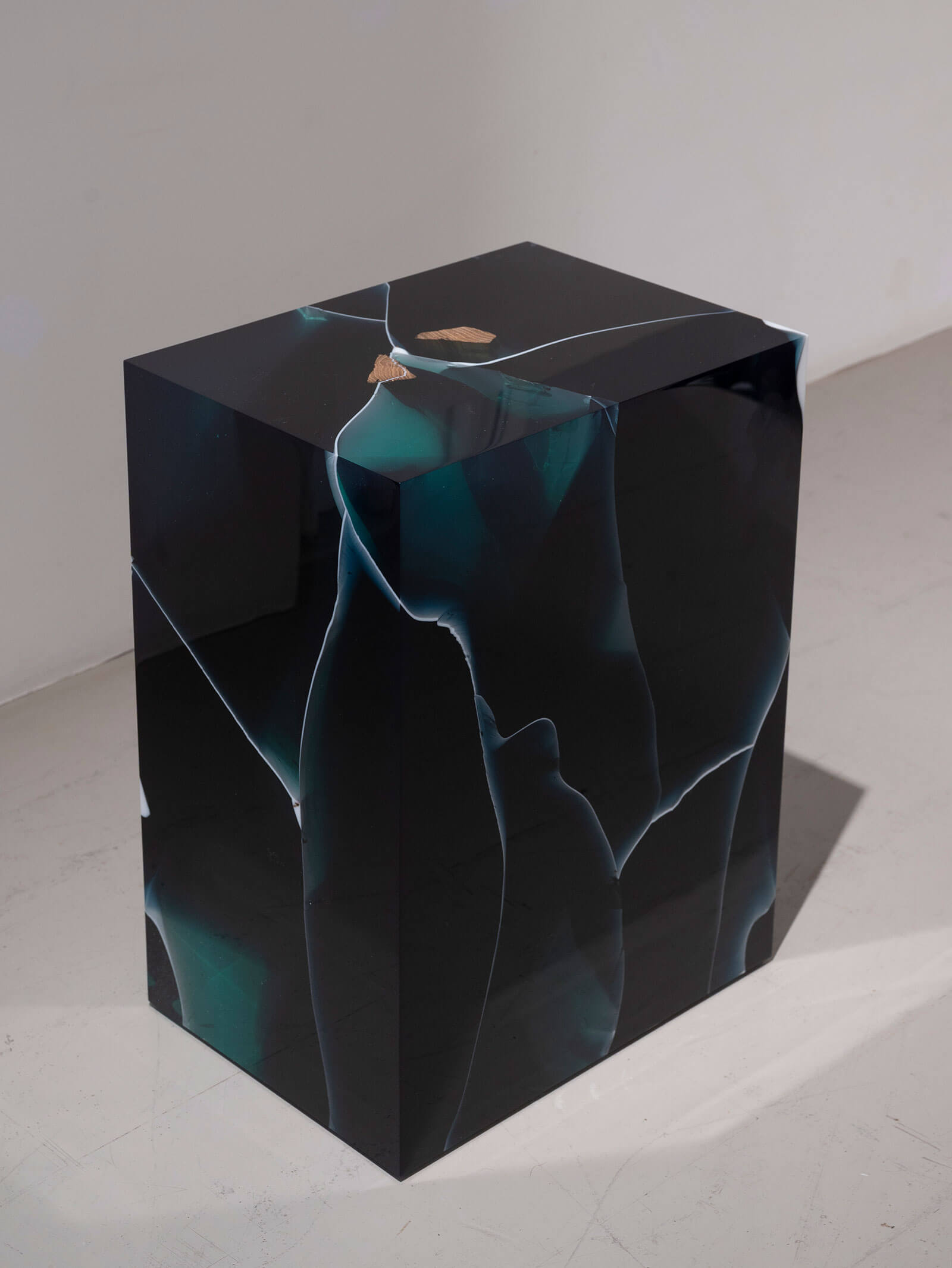 STUDIO NUCLEO IS a collective of artists and designers based in Turin. It was founded by Piergiorgio Robino in 1997 with the aim of investigating forms and materials with creative freedom. Over the last two decades, Studio Nucleo’s work has been exhibited at Design Miami/ Basel, PAD, Frieze New York, Salon Art + Design in New York and Miart.

Robino first started experimenting with resin in 2009, using it along with cardboard and fibreglass to make the ‘Primitive Collection’ of furniture and lamps, loosely evoking futuristic relics.

Bringing history into the present, while harnessing new techniques and materials, is a consistent ambition throughout Studio Nucleo’s projects. One project used a thousand red resin cubes to reflect upon the role of military figure Giuseppe Garibaldi, with his red-shirted soldiers, in Italy’s ‘Risorgimento’ reunification. Another used pieces of wood from vintage furniture purchased in Turin’s flea market, embedded in resin, as if they were relics, for the series ‘Souvenir of the Last Century’.

The ‘Stone Fossil’ series was started in 2012. Uniform in size, the objects can be used as stools or regarded as sculptures. Visually seductive and cerebrally intriguing, they are inspired by semi-precious stones, such as jade, obsidian or emerald. To make them, epoxy resin is poured into a single block, into which a wooden log and pigments are inserted. The interaction of these elements creates the captivating effect of veins, cracks and differing tonal intensities replicating the geological formation of natural stone.

‘Emerald Fissure Stone Fossil 02’, made this year, is the latest piece in this ongoing series. Robino drew inspiration from online images of the Sandawana emerald mine in southern Zimbabwe. After Colombia, Brazil and Zambia, Zimbabwe is the fourth largest producer of emeralds worldwide. Indeed, each ‘Stone Fossil’ piece metaphorically symbolises the ornamental, imperial and elitist aspects of the gem trade.

“Whereas jade was important for the Chinese people [who made jewellery and objects with the stone], emeralds mined in Zimbabwe were important for colonialists as an export [product] but the local people had little relationship with them,” Robino says about the geo-political context of Zimbabwean emerald-mining. “The story of the ‘Emerald Fissure Stone Fossil’ is about creating a fake stone, which is like a sustainable emerald, that talks about colonialism.”

The form of the rectangular block is as pristine and exacting as the lines of the fissures are unpredictable and inexact. Gaze beyond the blackish-green surface and the hue of emerald green gleams vividly – an imaginary, man-made stone developed thanks to the alchemy of materials.

‘Emerald Fissure Stone Fossil 02’ is currently on show at Ammann Gallery in Cologne. It is in an edition of eight, plus two artist’s proofs. But inevitable variations in the shapes of the wooden log, tonal gradations and fissures result in each piece being ultimately unique. 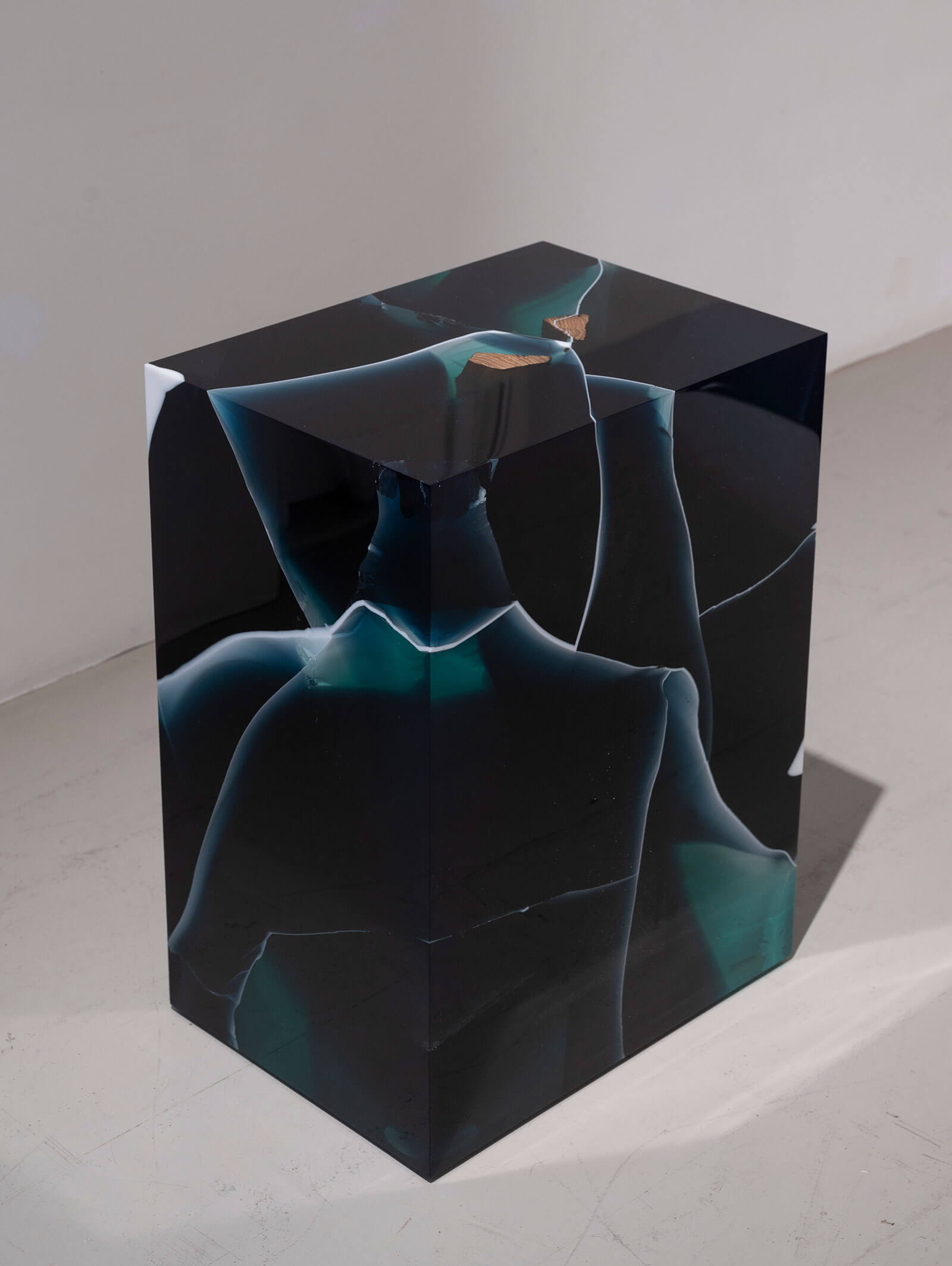 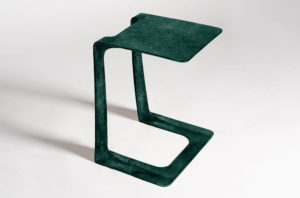 Object of the Week
'Garrison Stool', 2016-2021
STACKLAB
By Adrian Madlener 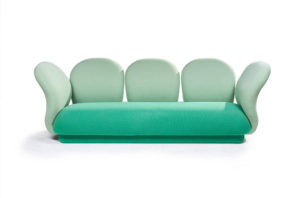 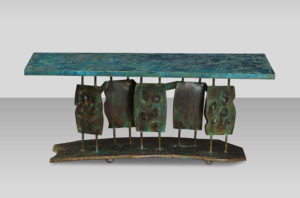 Object of the Week
'Dance of the Fauves', circa 1970
Philip & Kelvin LaVerne
By Adrian Madlener 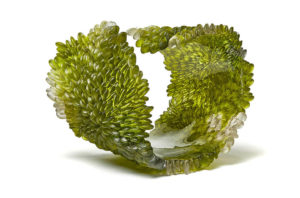