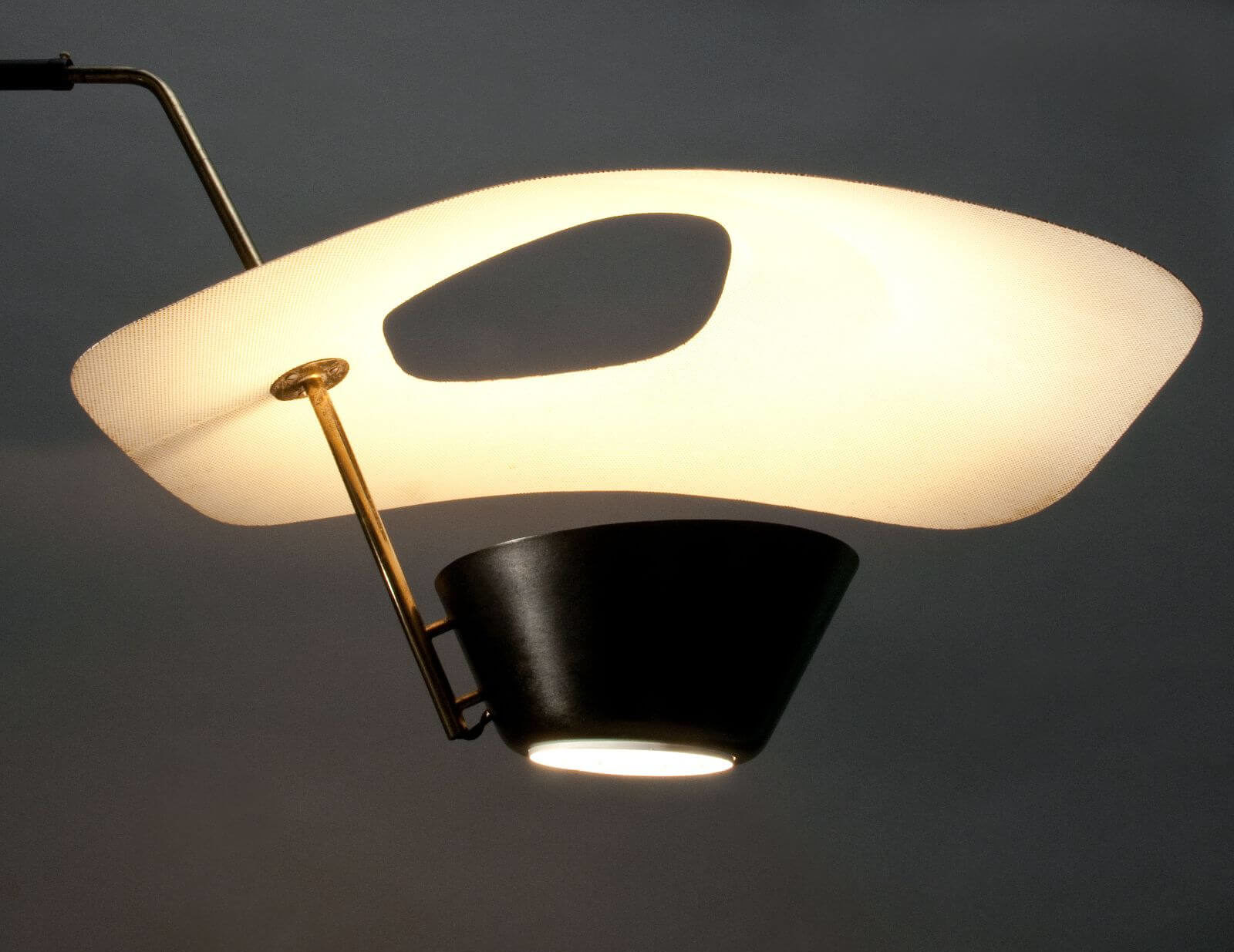 THE SIXTEENTH EDITION of Design Miami/Basel, the leading fair for upmarket, collectible design, returns this week to the Messe convention centre in Basel, Switzerland. Around 30 international galleries, representing everything from historically important pieces to cutting-edge contemporary design, are converging at the venue. 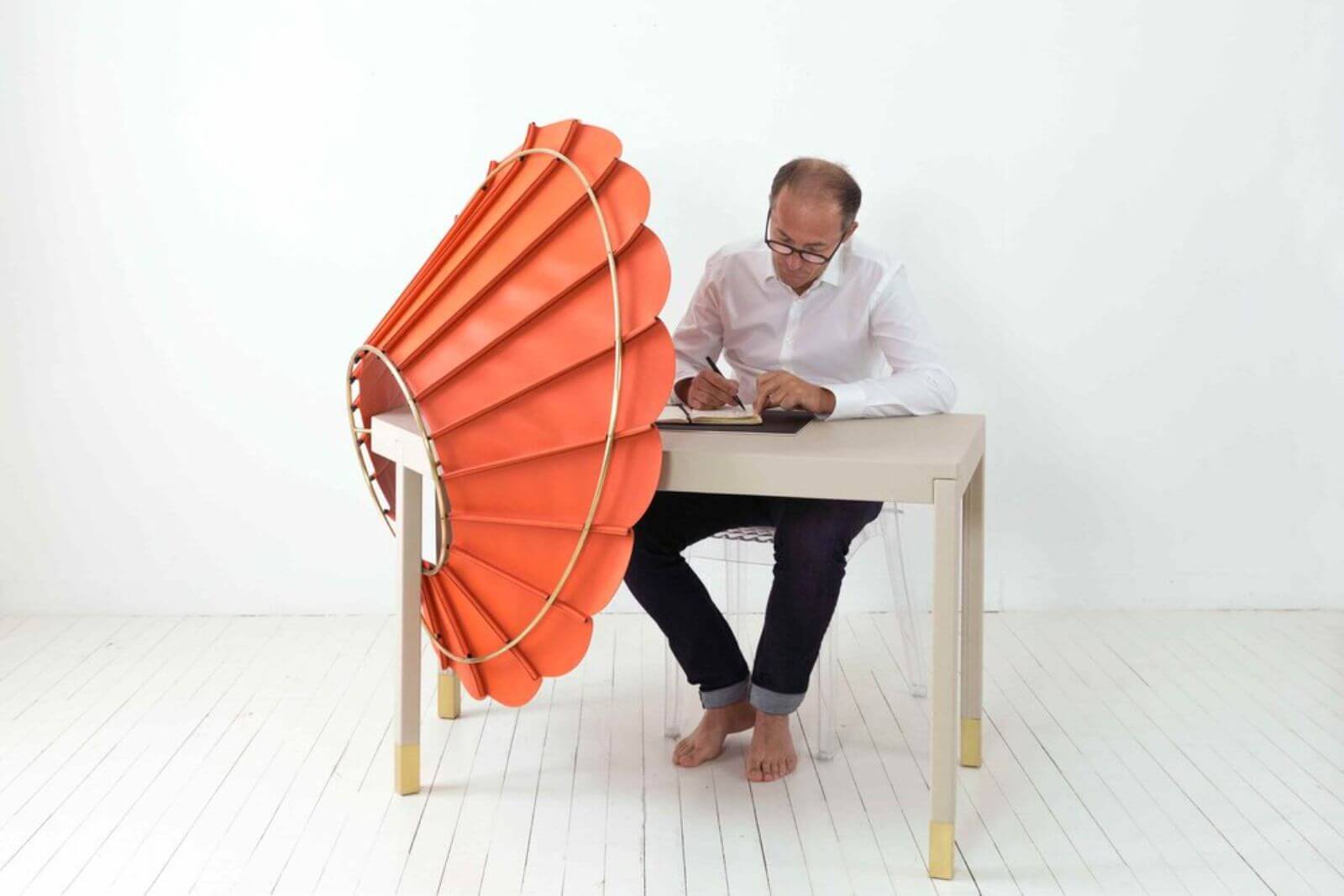 This is the first edition led by the new curatorial director, Maria Cristina Didero. As a demonstration of her thinking, Didero has curated a selling exhibition, ‘The Golden Age: Rooted in the Past’, for what is dubbed the ‘Podium’ concept – featuring works from different galleries.

“My idea is to bring an optimistic twist about a dream future,” Didero told TDE. “We worked closely with the galleries who all had different interpretations of the theme – from Pierre Paulin’s ‘Water Lilies Bowl’ at Pascal Cuisinier, Paris, to a pair of bunk beds by Carlo Mollino at Milan’s Rossella Colombari gallery.” 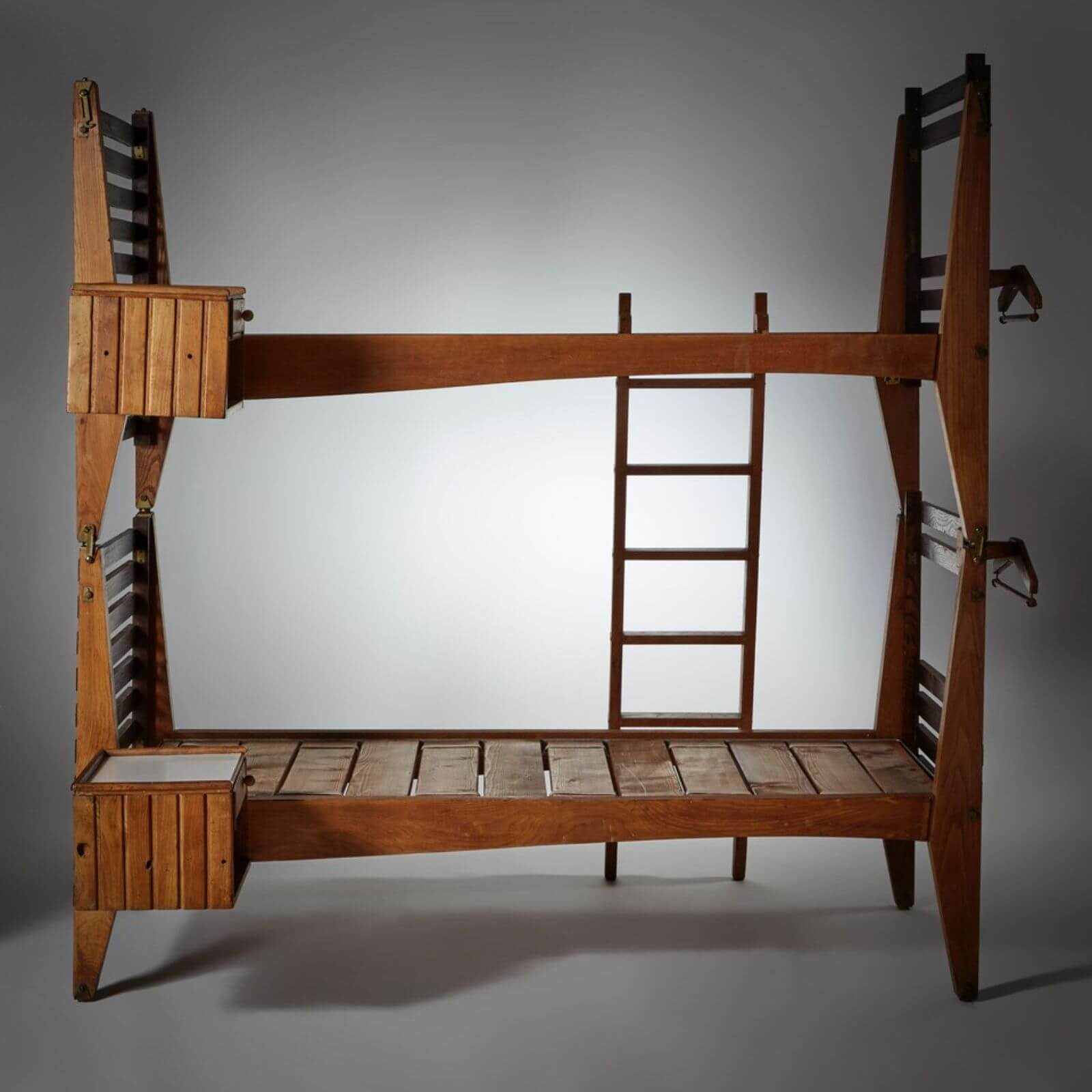 Also eye-catching in Podium is Finnish designer Ilmari Tapiovaara’s red ‘Marski Chair’ (1960) – the headrest hovering above the chair which is raised on a wooden frame – at Eric Philippe (Paris). 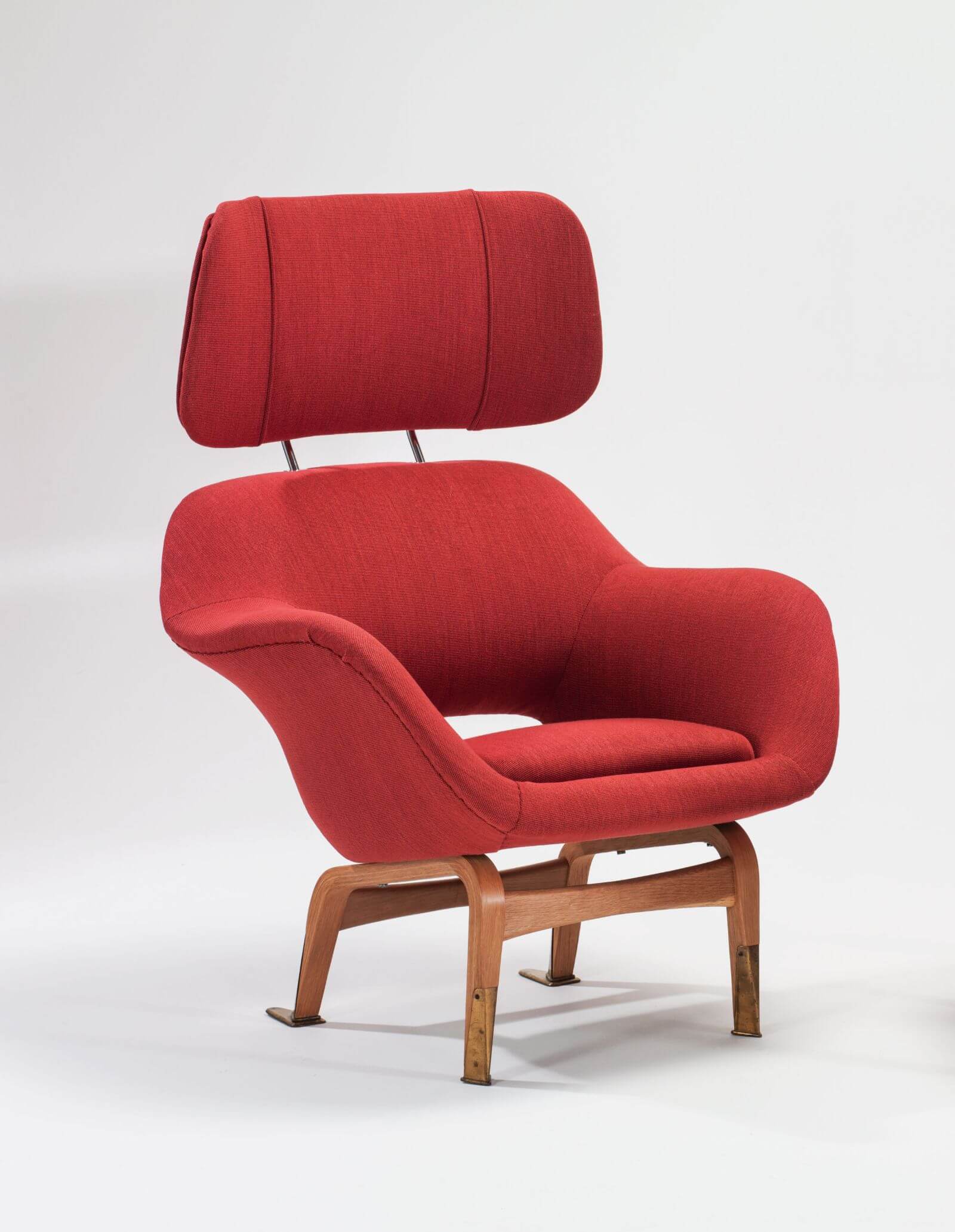 In the Curio section, 18 international galleries and designers are presenting variations of curiosity cabinets. Didero picks out as a highlight the ‘Veleni’ (Italian: ‘venoms’) tableware collection (2022) by the creative team Lanzavecchia + Wai. “They’re about all the poisons that we inject into our bodies every day, like microfibres and plastics,” Didero explains of the project, which is produced by Particle.

Among other standouts in the Curio section are Matali Crasset’s ‘Espace Sonirique’ (2018) – a desk with a large red cone, inspired by a gramophone, at Galerie MICA x Lab (Rennes) – and Philippe Starck’s ‘Néon Easylight’ (1979), with black, ribbed edges. The light is shown by Ketabi Bourdet (Paris) as part of a solo display of Starck’s older work. 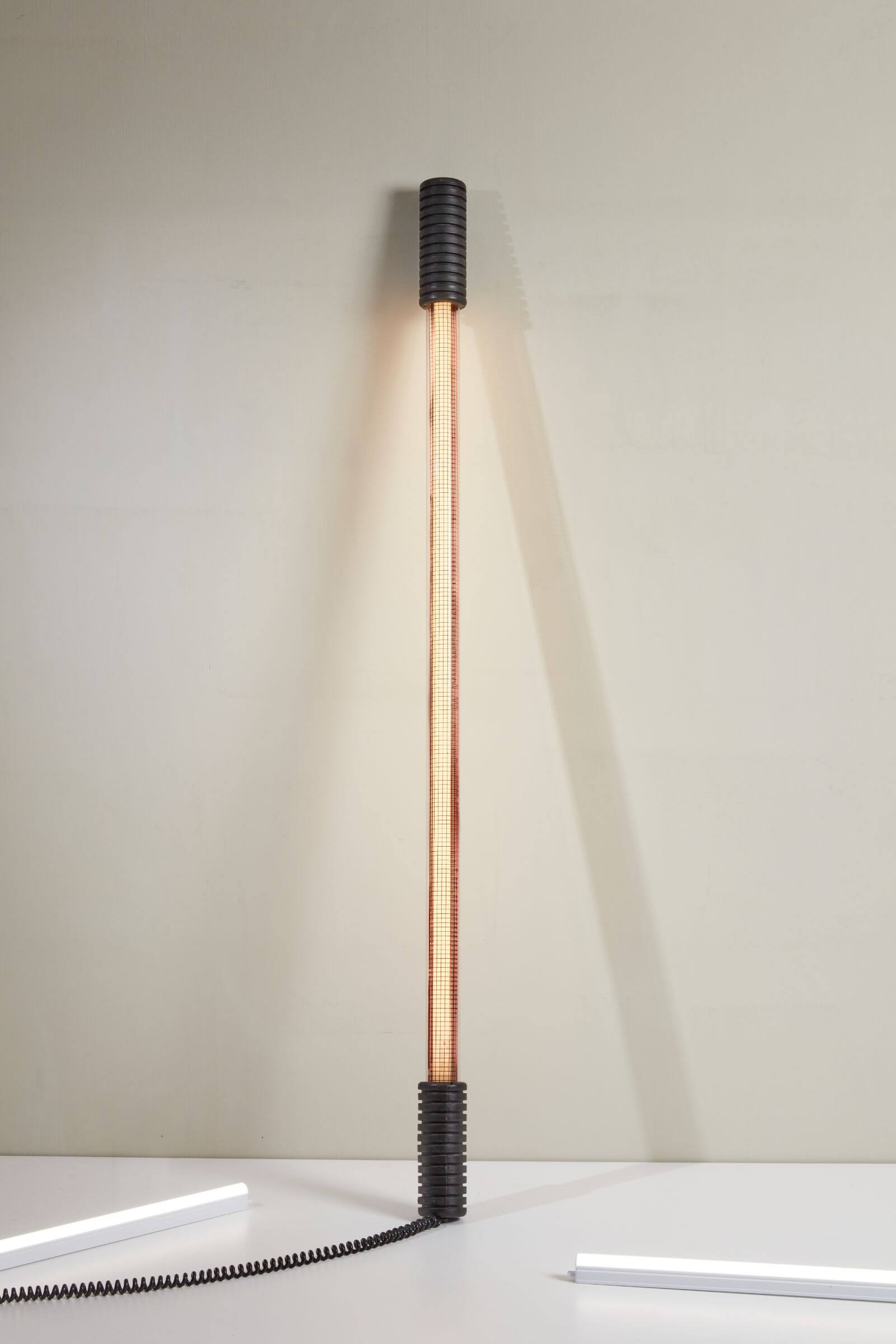 There is playfulness, too, in the furniture made from the trunks of coconut trees, from which brightly coloured drawers pop out, by Ivorian designer Jean-Servais Somian at first-time exhibitor 193 Gallery (Paris). Somian’s exciting work, in colours celebrating the vibrancy of Africa, has never been shown in Basel before. 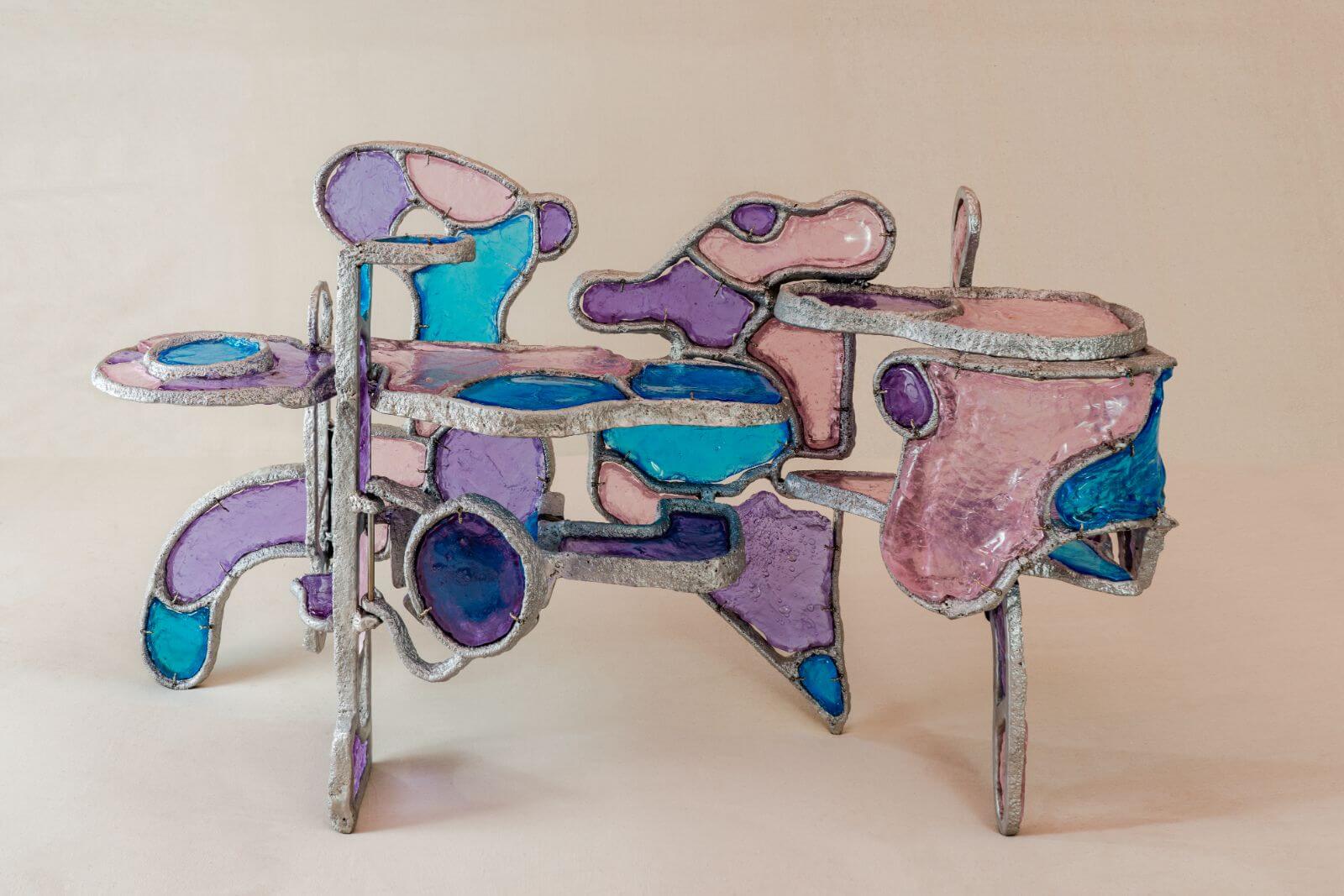 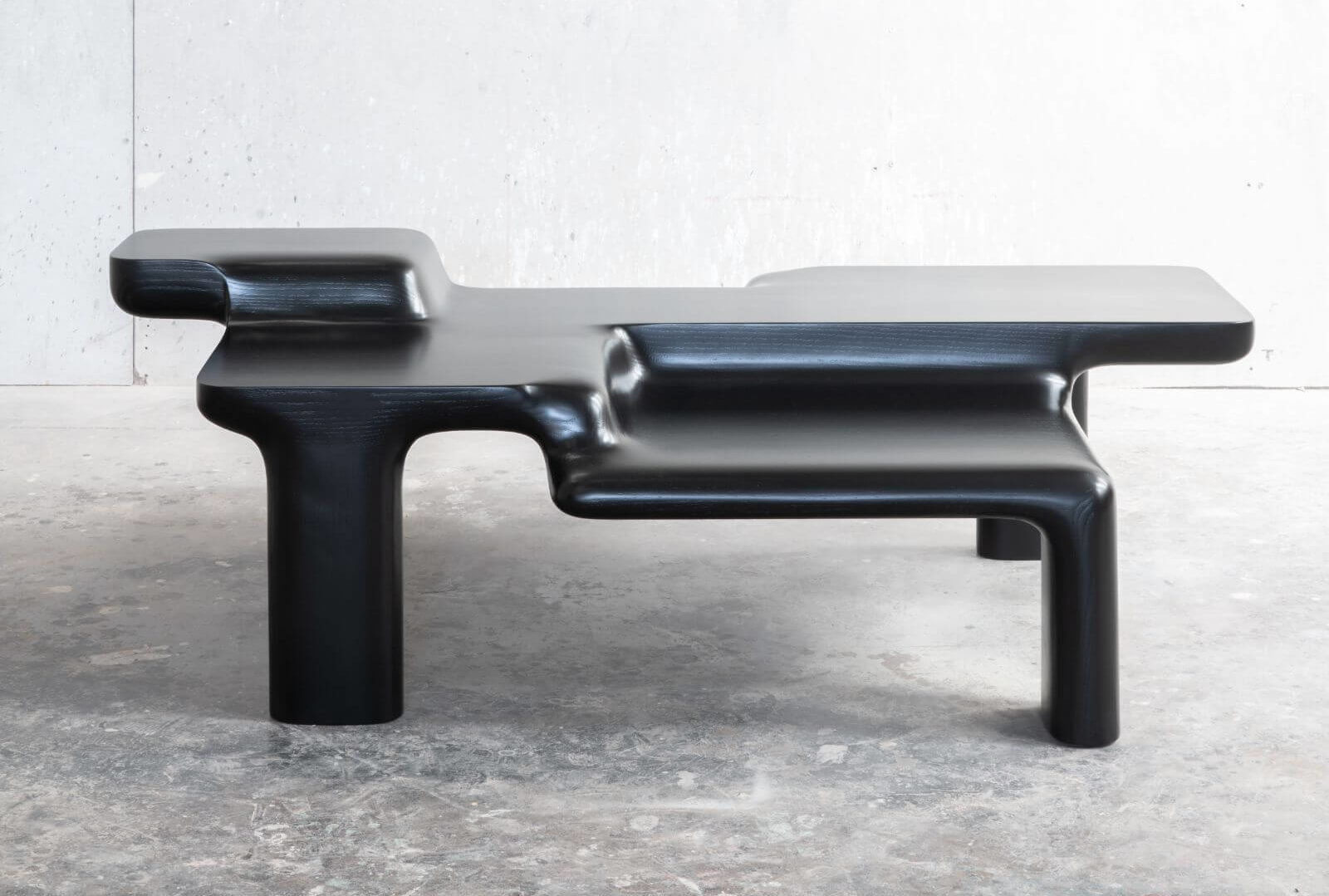 Besides gt2P’s bronzed mirrors made from volcanic lava is the seductive ‘Monopole Coffee Table’ (2021), made from lacquered ash, which cleverly incorporates various levels and curved edges, recalling rock formations in nature. 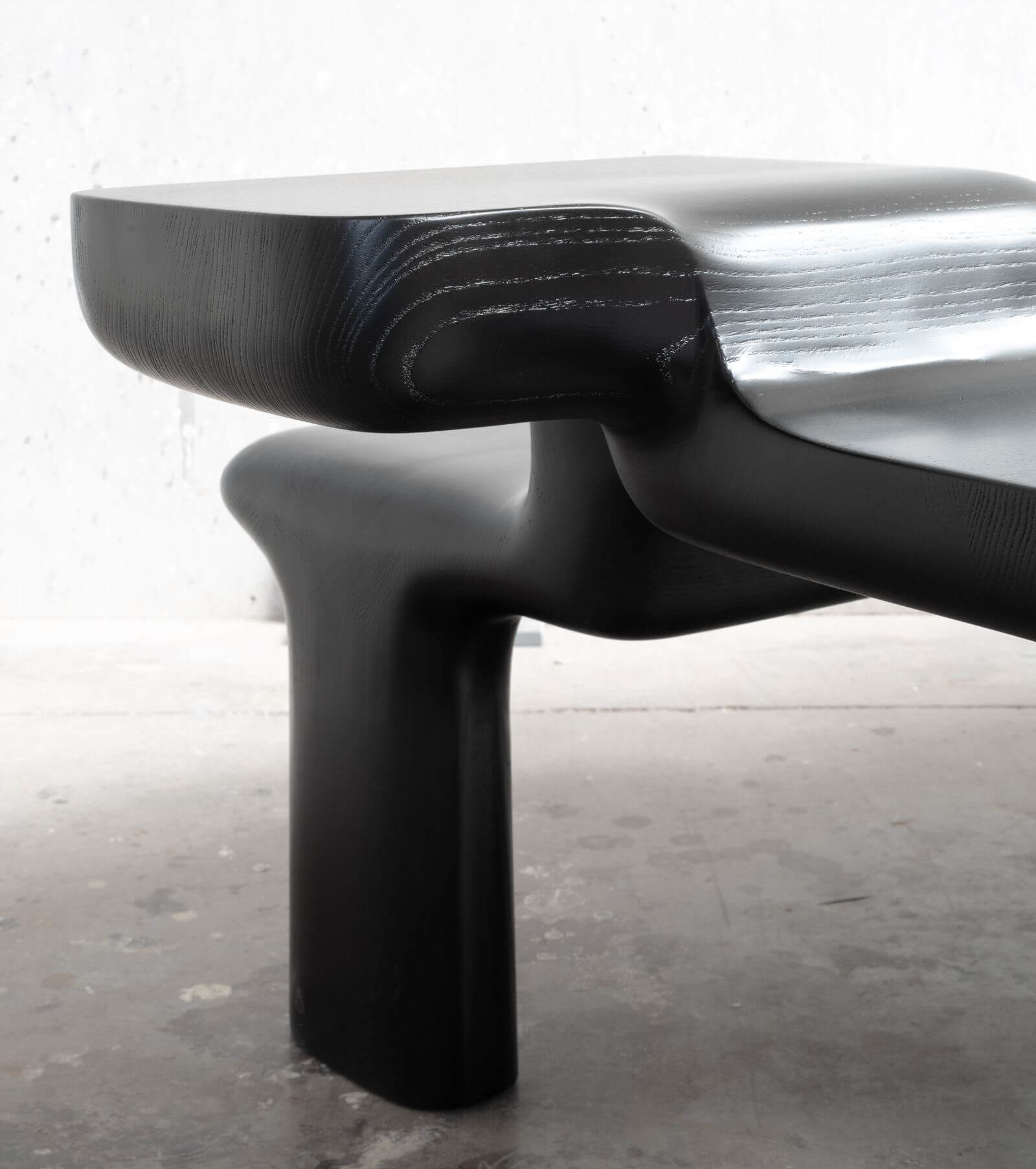 Several galleries are showcasing the contrasting ways that designers work with materials and processes. For instance, Carpenters Workshop Gallery is exhibiting Italian designer Giacomo Ravagli’s ‘Barometro Table Lamp’ (2019), its irregular base beautifully carved from Italian marble, along with Afra & Tobia Scarpa’s set of ‘Artona Chairs’ (1975), made in walnut with scalloped ebony inlays. 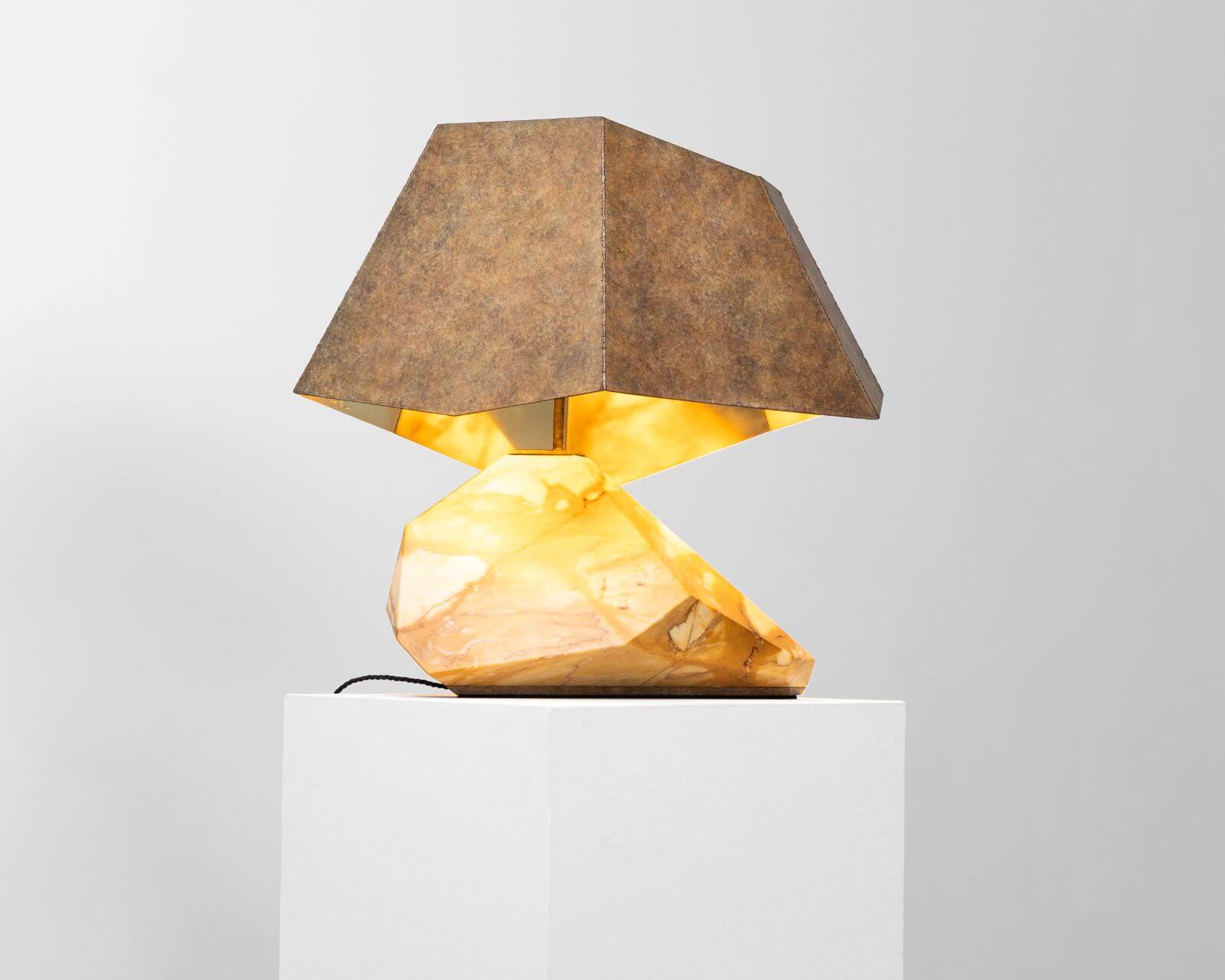 Among other discoveries are Eske Rex’s ‘Pull’ installation – a circular base attached to a pulley and ribbons of wood that open out to create a dwelling-place. On view at Maria Wettergren (Paris), it exemplifies the tension and craftsmanship at the heart of the Danish designer’s work. 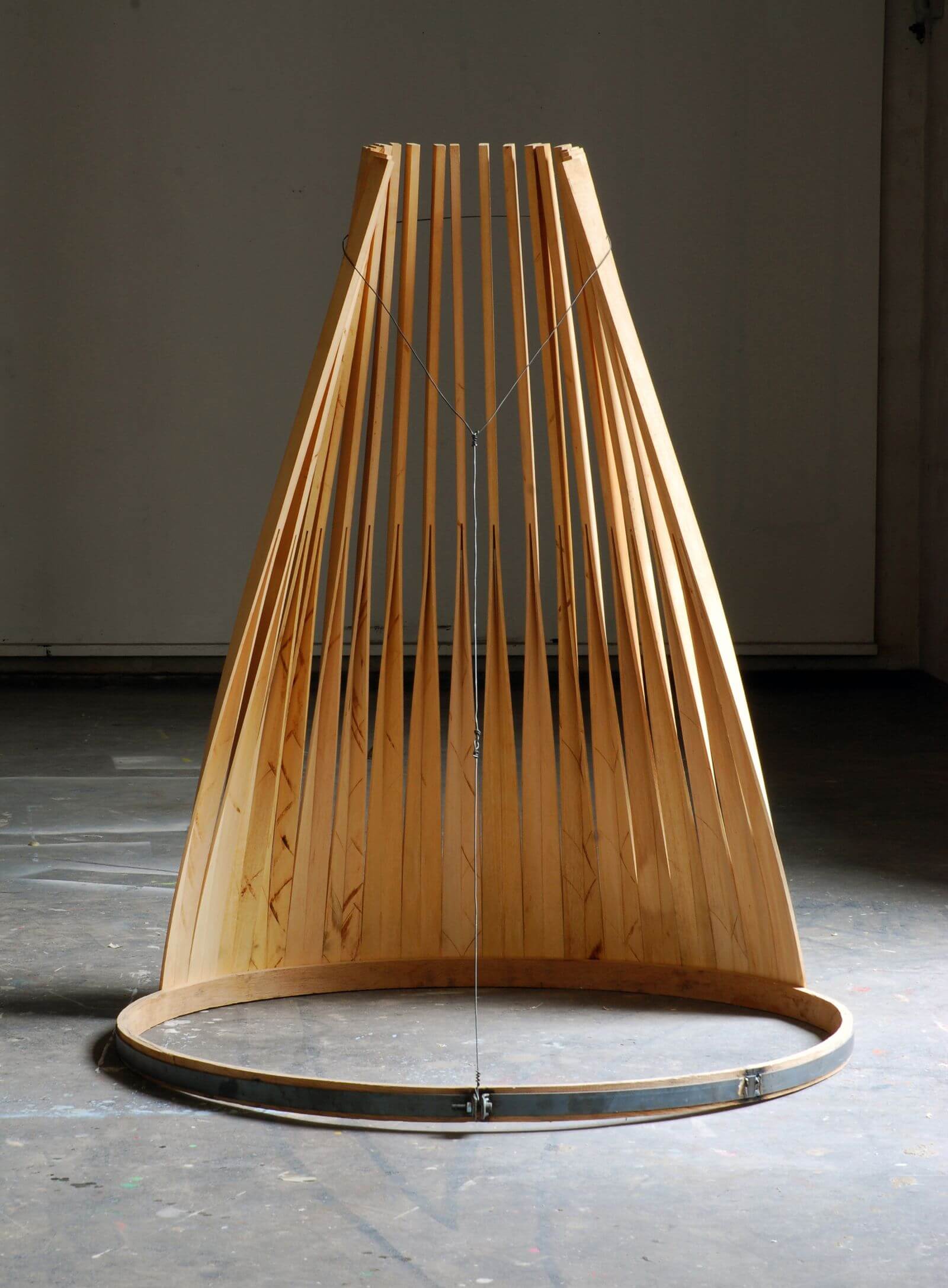 Meanwhile, Pierre Marie Giraud (Brussels) is premiering Herzog & de Meuron’s ‘Hong Kong Stool’ (2002). This endearing piece grew out of the design process for the benches that the Swiss architects made for the visual culture museum, M+ in Hong Kong. Its form inspired by traditional Asian wooden gates, the stool was made from steamed bamboo, an industrially engineered material whose milled, rippled surface evokes the texture of bamboo sticks. Made without any screws, just one bamboo component holds it together. 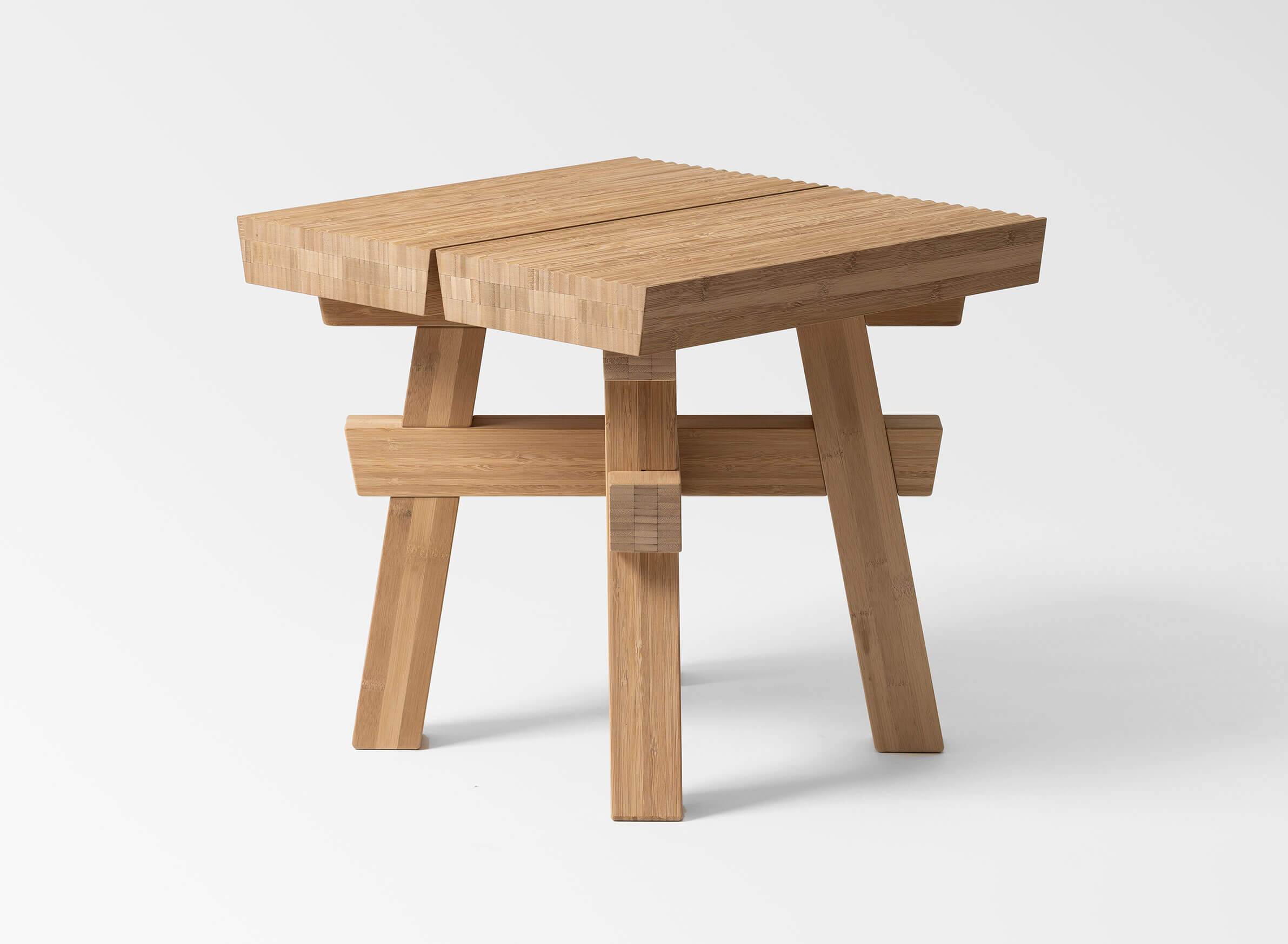 Besides pieces that could be considered future greats is an abundance of works by artists and designers that have long found their place in the history of design. 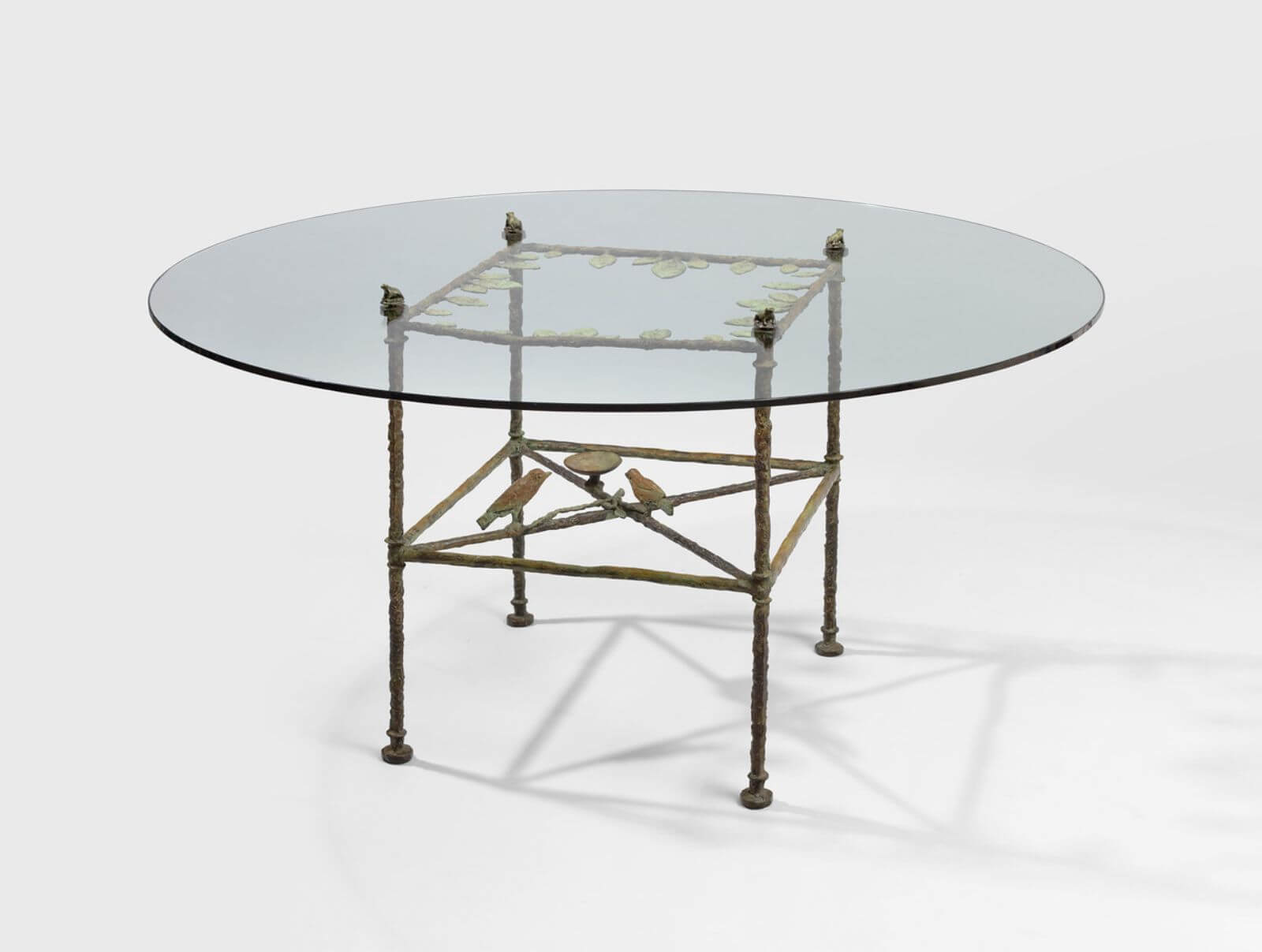 The sweep of historical pieces ranges from Diego Giacometti’s circular table adorned with birds and frogs from around 1983 at Jacques Lacoste (Paris), to Finnish designer Antti Nurmesniemi’s ‘Bench’ (circa 1960) in contrasting woods at Eric Philippe (Paris). 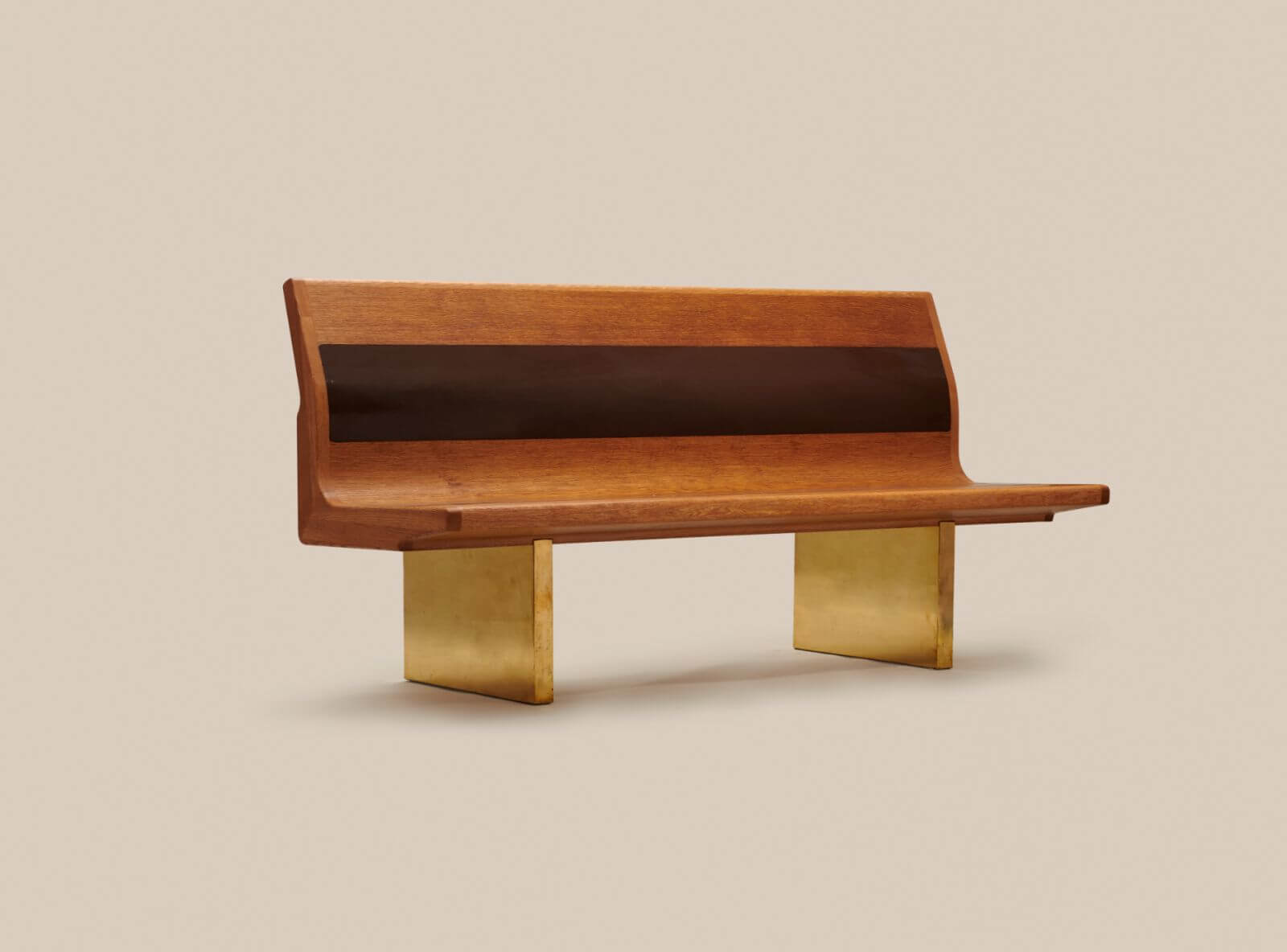 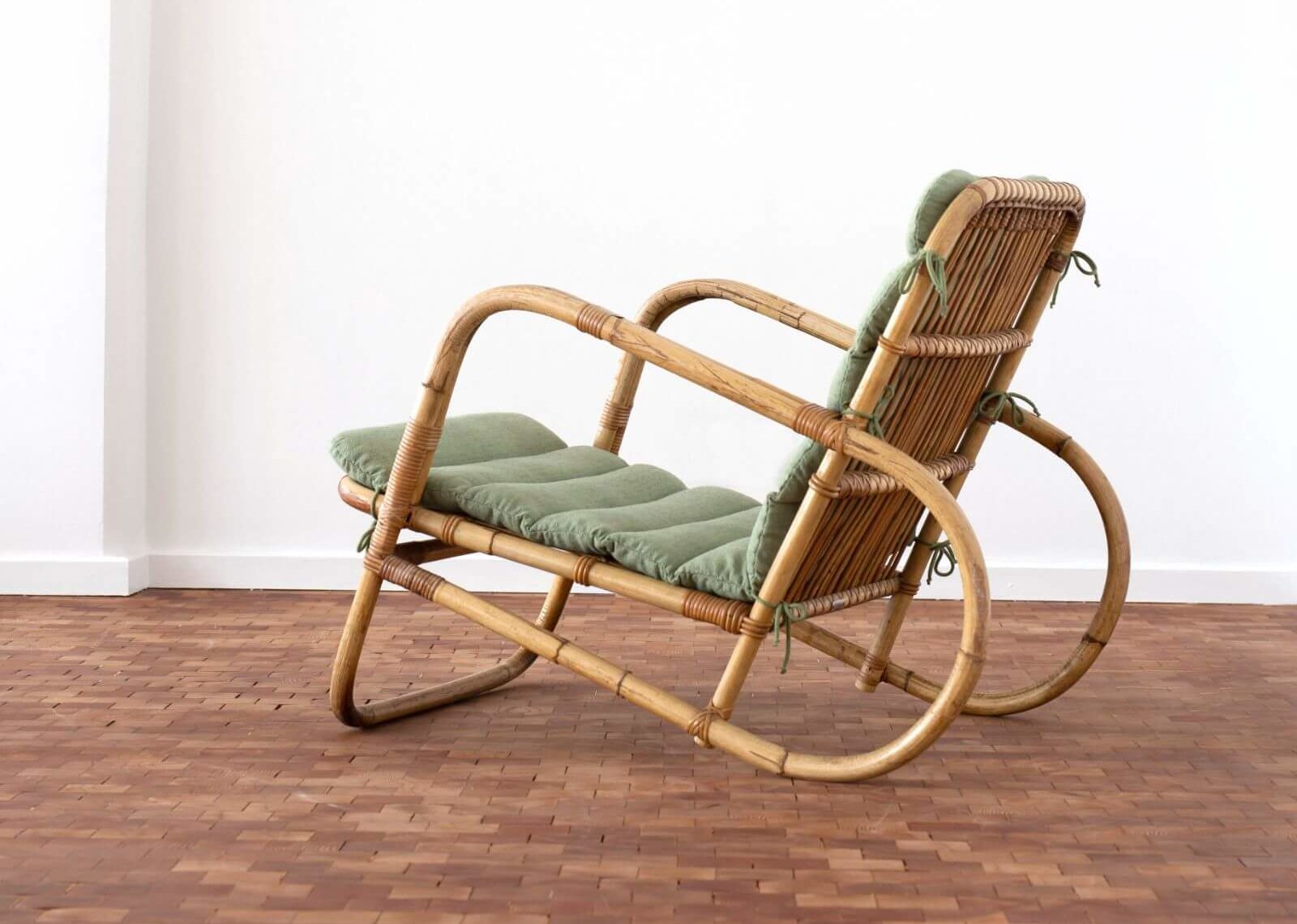 Unmissable at Design Miami/ Basel is the stand of Parisian dealer Patrick Seguin, who often exhibits installations of Jean Prouvé’s work. This year is no exception – Seguin is unveiling a partial reconstruction of Prouvé’s ‘Croismare Professional Training School for Glassmakers’ (1948).

Located in northeast France, the school was the brainchild of glassmaker Paul Daum and commissioned by the Glassmakers’ Union to strengthen the profile of their industry. Hailed as epitomising “the modern school”, it is made of Prouvé’s trademark folded sheet steel and an imposing central portal frame. 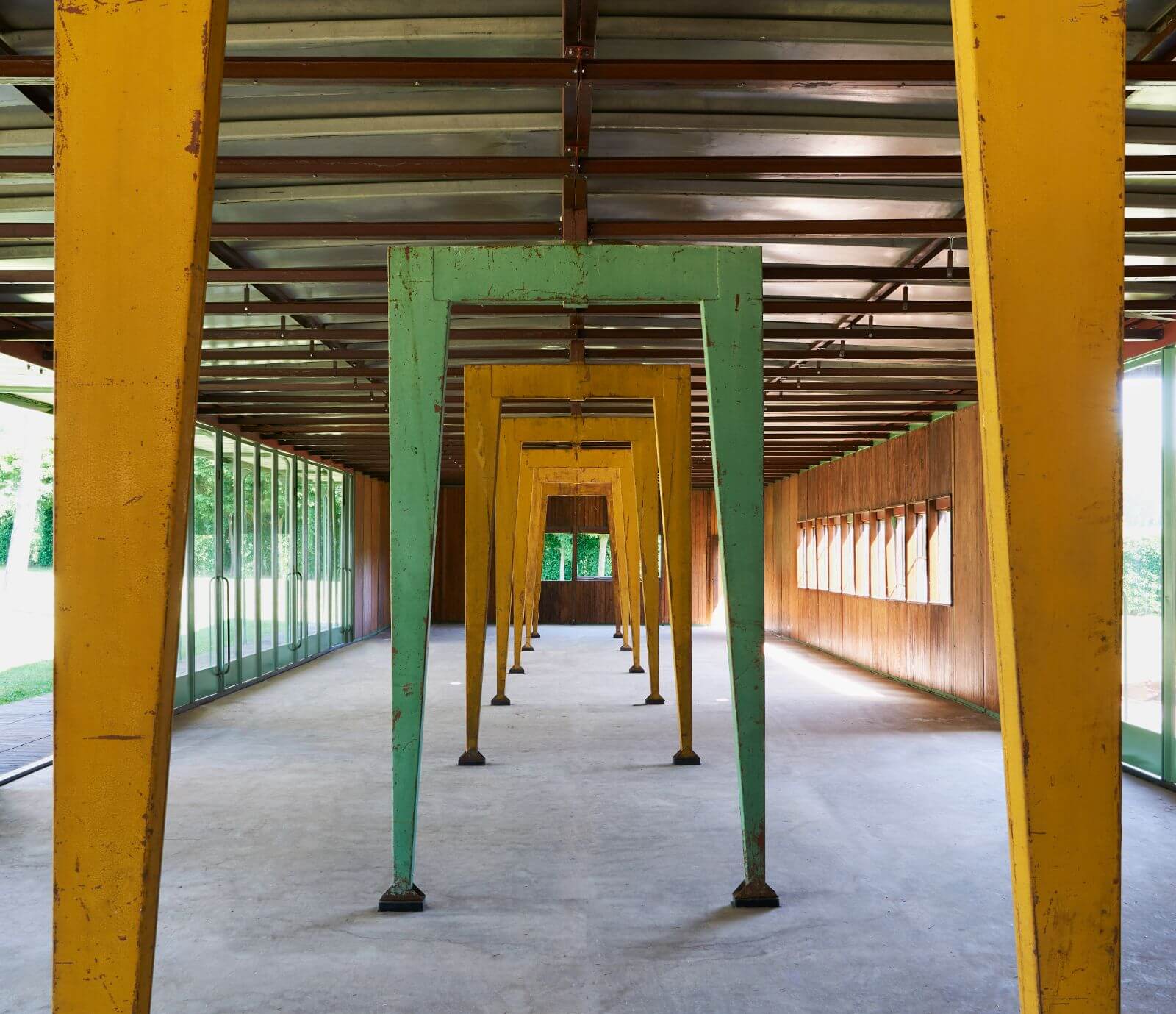 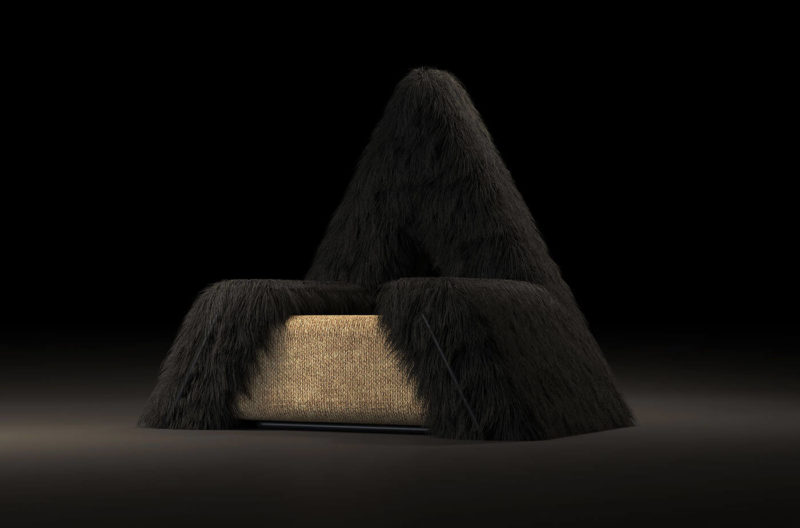 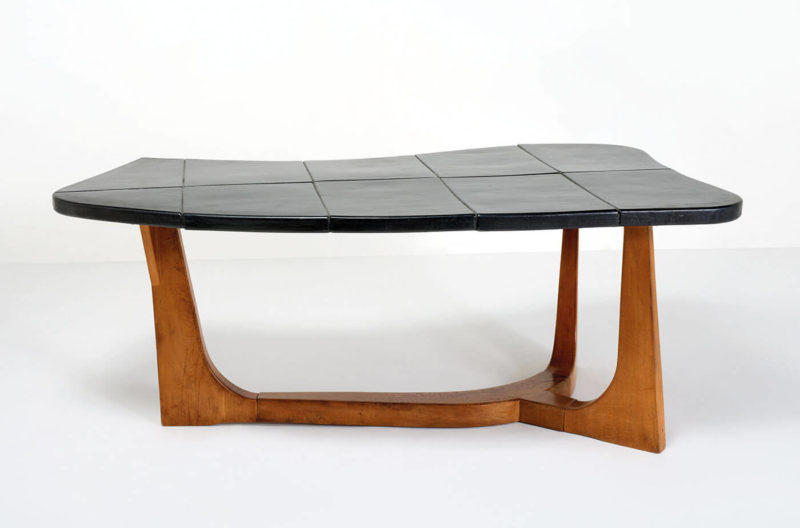 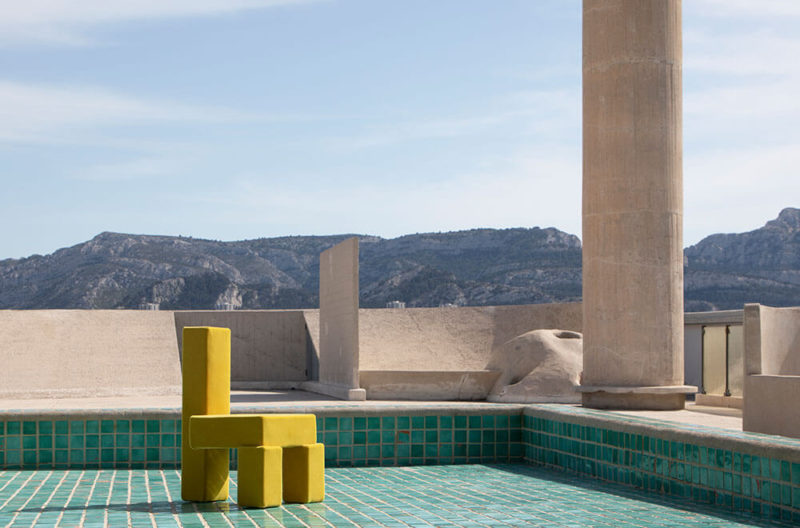 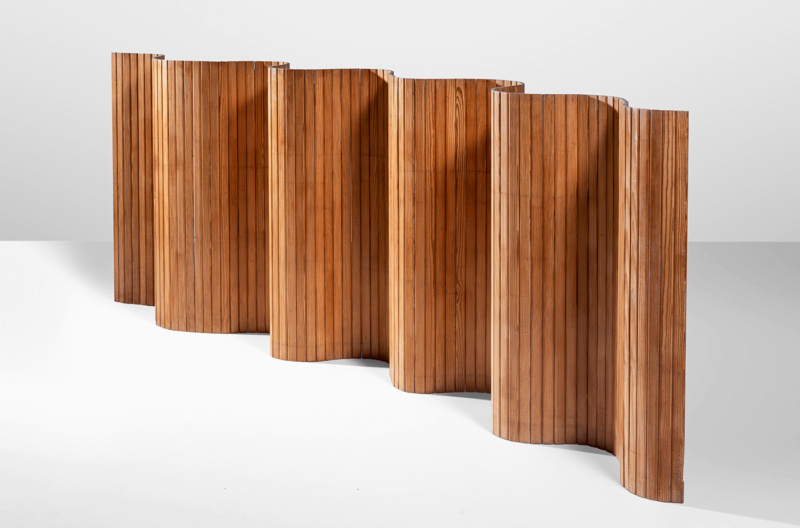