An exhibition of one of the most influential artists of the post-war period, who developed a unique visual vocabulary.

THIS SPRING, GALERIE Thaddaeus Ropac has opened its first exhibition of work by the American sculptor, Donald Judd (1928-1994), since it began representing his foundation last November. The show has been curated by his son Flavin Judd, artistic director of the Judd Foundation. 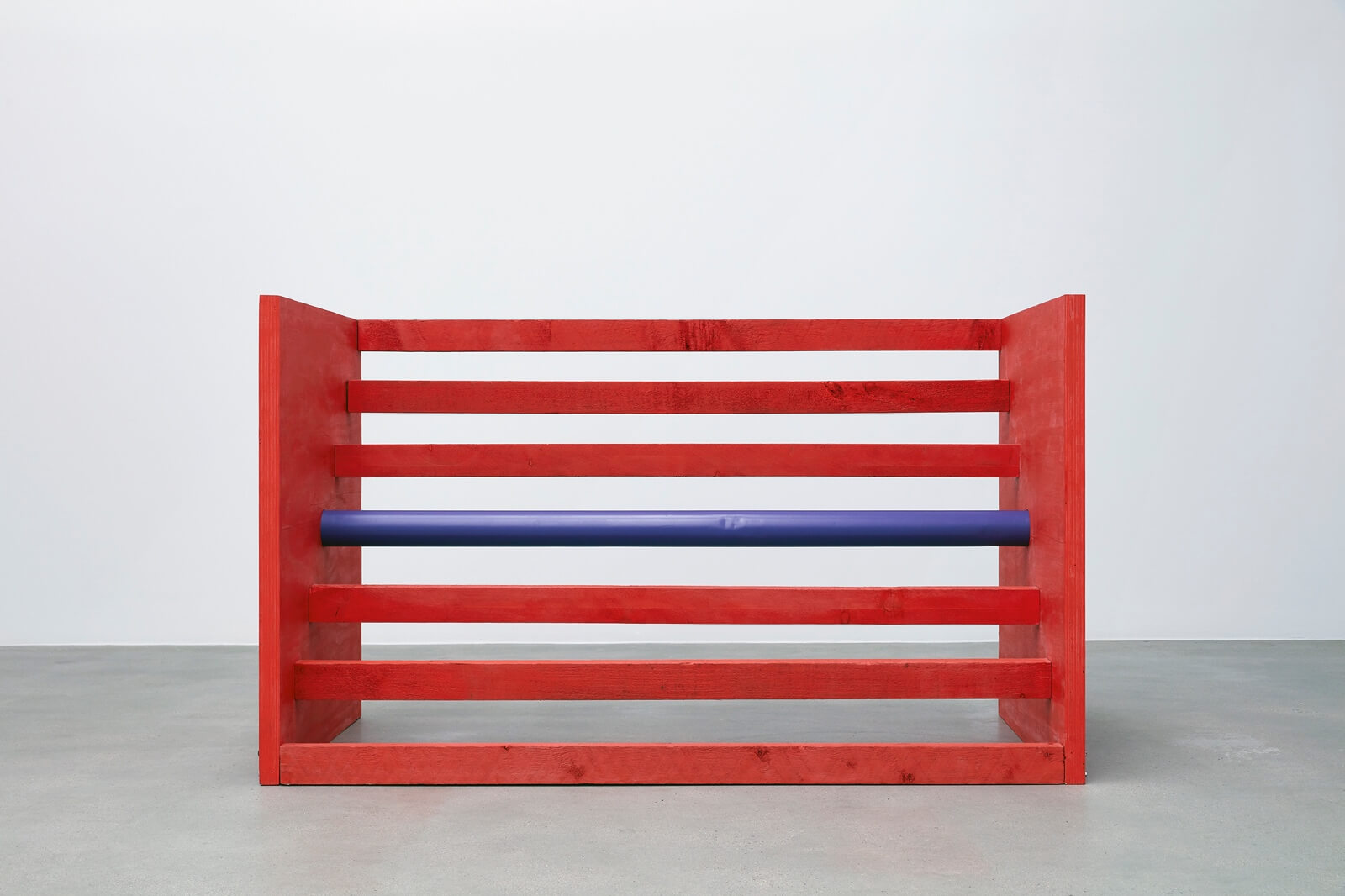 On view is a diversity of sculptures from 1963-1993 that exemplify the American artist’s non-representational approach to art and his fascination with form, space, industrial materials, colour, volume and geometry. For instance, an early floor sculpture made from wood, painted in ‘cadmium red light’ with a central, aluminum purple tube, from 1963, is juxtaposed with a horizontal, wall-based ‘progression’ sculpture from 1970 in clear and purple anodised aluminium, its elements and the spaces between them progressively increasing in size. 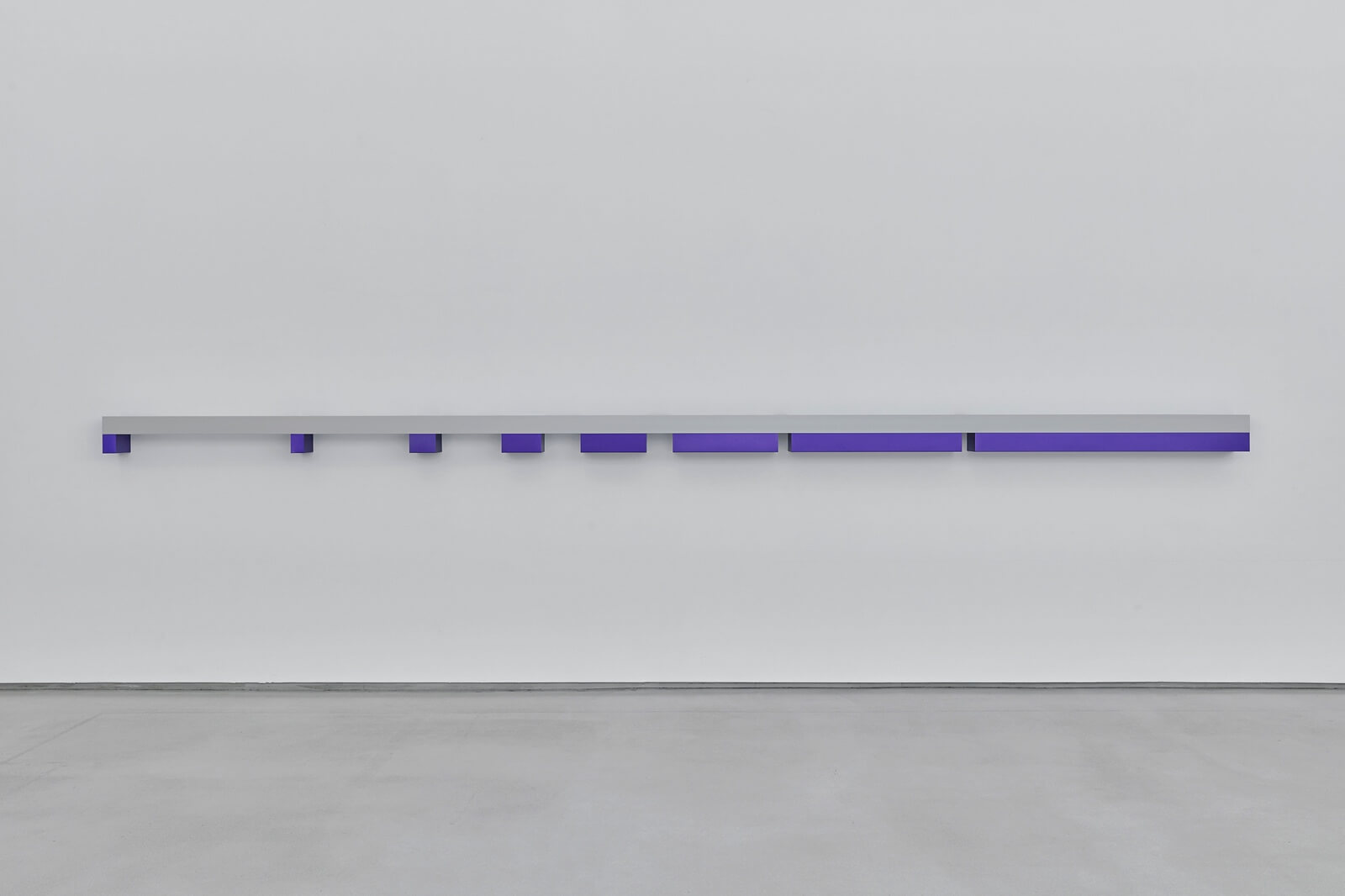 “I selected pieces that I thought would go with each other because the key thing in Don’s work is that it’s against art history, against myth, against narrative,” insists Flavin, who refers to his father as ‘Don’ throughout our conversation. “There’s a scientific interest in the physicality and absolute love of space and colour, and the combination of those produces the pieces,” adds Flavin, who is emphatic about how his father disliked his work being described as ‘minimalist’. 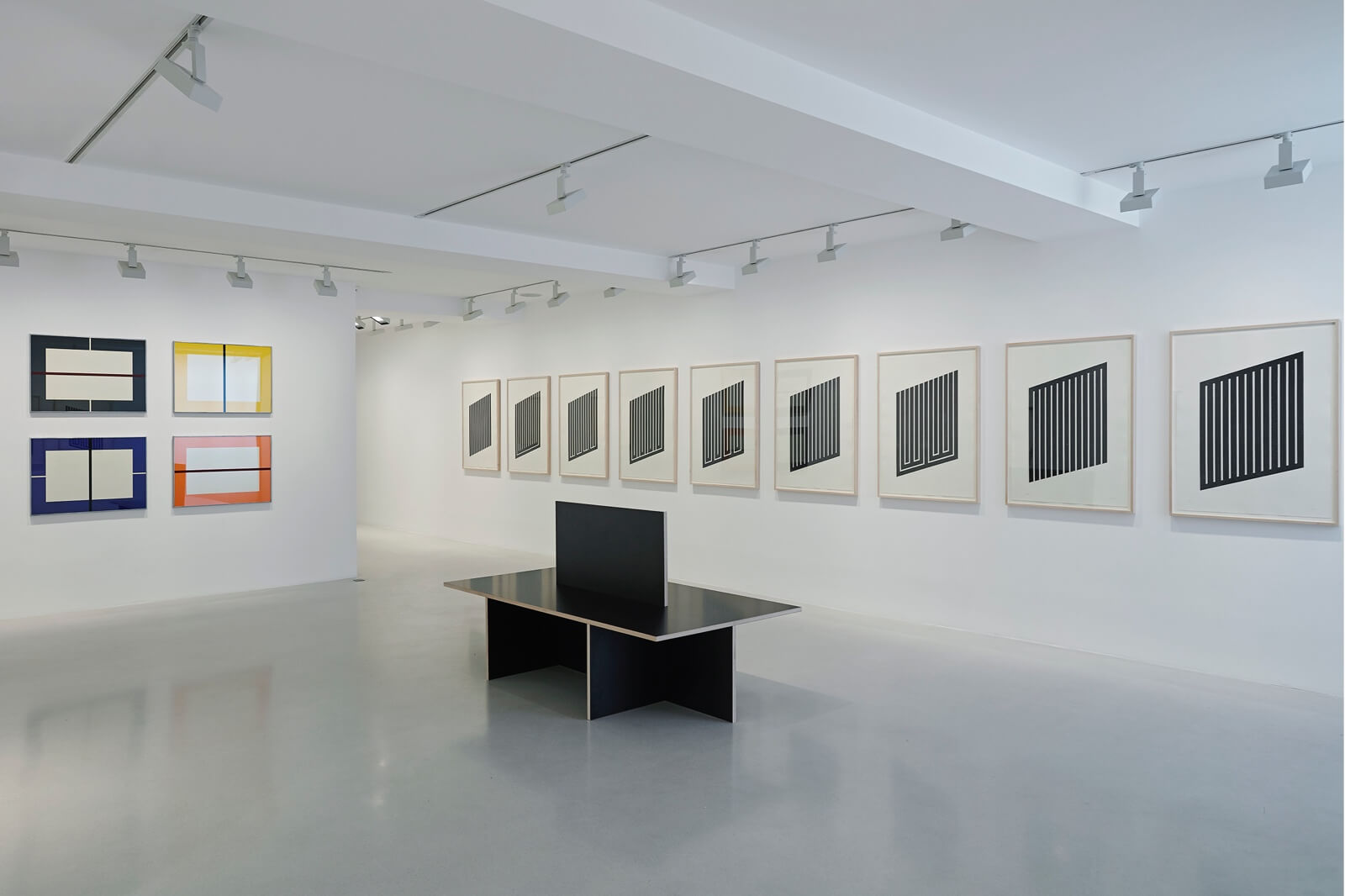 Upstairs is a black bench, ‘Plywood Bench 76’, that is an example of Judd’s furniture, its angularity resonating with the surrounding woodcuts with painted stripes. As with the sculpture, it is expressive of how Judd desired to expose the intrinsic quality of materials. “People wonder why the architecture, furniture and artwork are so consistent but it’s very simple: they come from the same aesthetic viewpoint, but design is to solve a problem whereas art doesn’t have a problem [to solve] to begin with,” Flavin remarks. He recalls that when Judd moved from New York to Marfa, Texas, in the 1970s, it was necessity that propelled him to start designing furniture for his young family: “The furniture was originally made because me and my sister had joined the Marfa elementary school and needed desks, and the only desks you could buy in Marfa were plastic, horrible things.” Flavin continues, “In the late 1960s, he had tried to make a table from a piece of art and it didn’t work because he was not solving a problem. But in the late 1970s when he made our desks, it did work because they did solve a problem. I don’t think there’s a direct impact [from Judd’s art onto his design] but they both come from the same philosophical space.”

That philosophical space is about how Judd related to the world around him. “When Don designed a chair, it was basically about what he could do with lumber from the local lumber yard; he wasn’t adding anything that didn’t need to be there,” Flavin says. “He was playing with the interior of the chair like he was with the art pieces that have the dividers.” 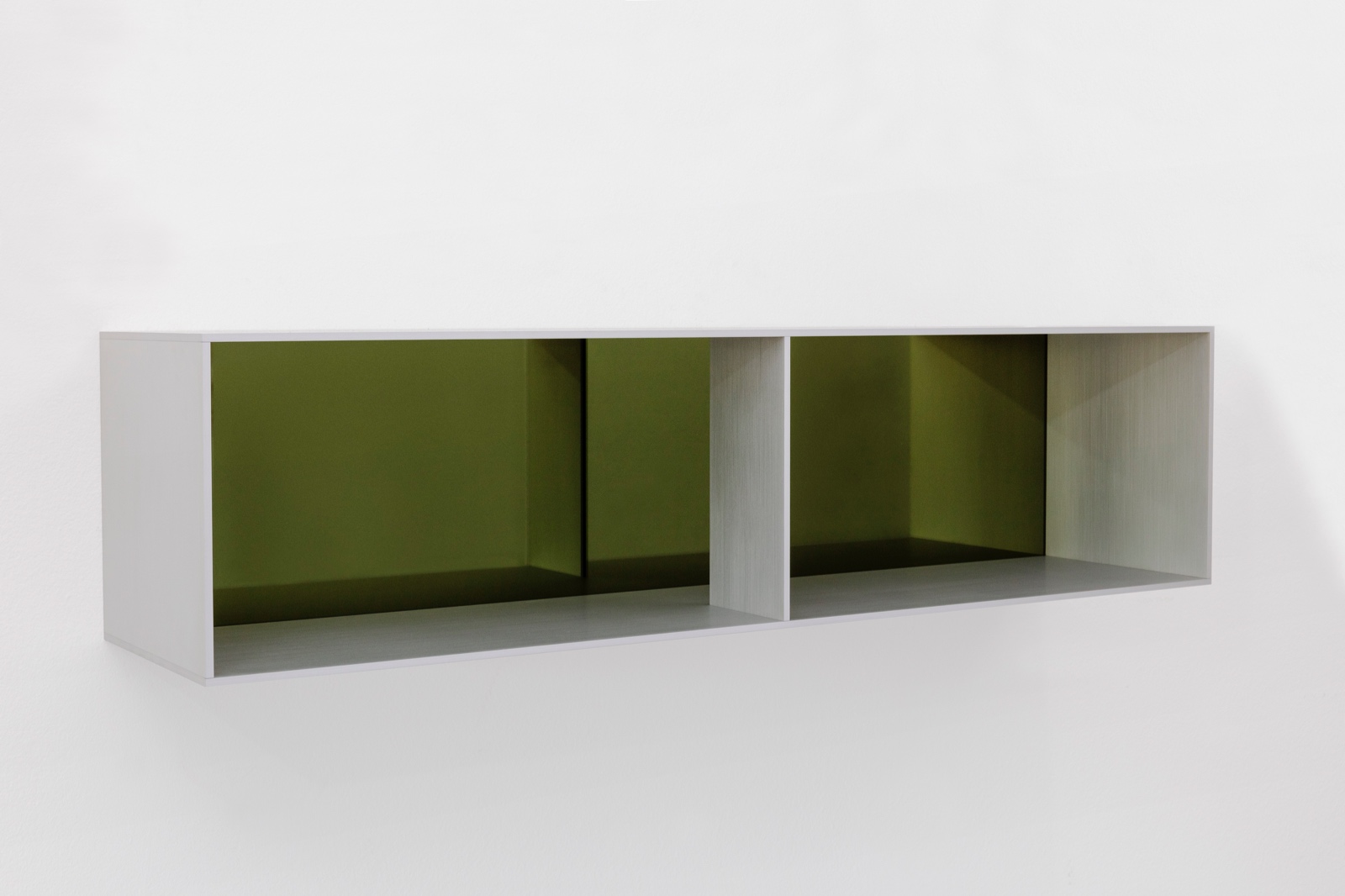 Since their father’s death in 1994, Flavin and his sister have been committed to the huge undertaking of preserving his numerous spaces, from the five-storey, cast-iron building at 101 Spring Street in New York to the 20 buildings in Marfa, as Judd requested in his will. In his architectural spaces, Judd exhibited his artworks in permanent installations that also included his pieces of furniture, thus becoming an important part of his legacy that he hoped future generations would discover. “We thought it’d take five years and then we’d know one way or the other [about the feasibility of preserving them] but 25 years later we’re still trying,” Flavin says, laughing.

Donald Judd Furniture – continues to be made to his original specifications, stamped and numbered sequentially.