I VIVIDLY REMEMBER the first time I stumbled across the work of ceramist Malene Hartmann Rasmussen. It was at the Royal College of Art’s graduation show in 2011, and tucked in one corner was this distinctly odd, dystopian take on the domestic fireside – rendered almost entirely in clay. At its heart was a wood-burning stove, but rather than using logs, the flames inside licked around ceramic hearts. Meanwhile on the floor a couple of intertwined snakes appeared to be about to pounce on a timid – and presumably terrified – squirrel. The piece stopped me in my tracks. I stared at it, for what seemed like an age, trying to work out whether this was completely brilliant, or simply a kitsch piece of set design. It was bright and cartoony, but there was a distinct, dark undertow (it was only later that I discovered that it was an interior of a wooden hut, based on tales of the Brothers Grimm). Good or bad – and I was inclined to think it was excellent – I surmised there was an intriguing mind, as well as some adroit hands, behind all of this. 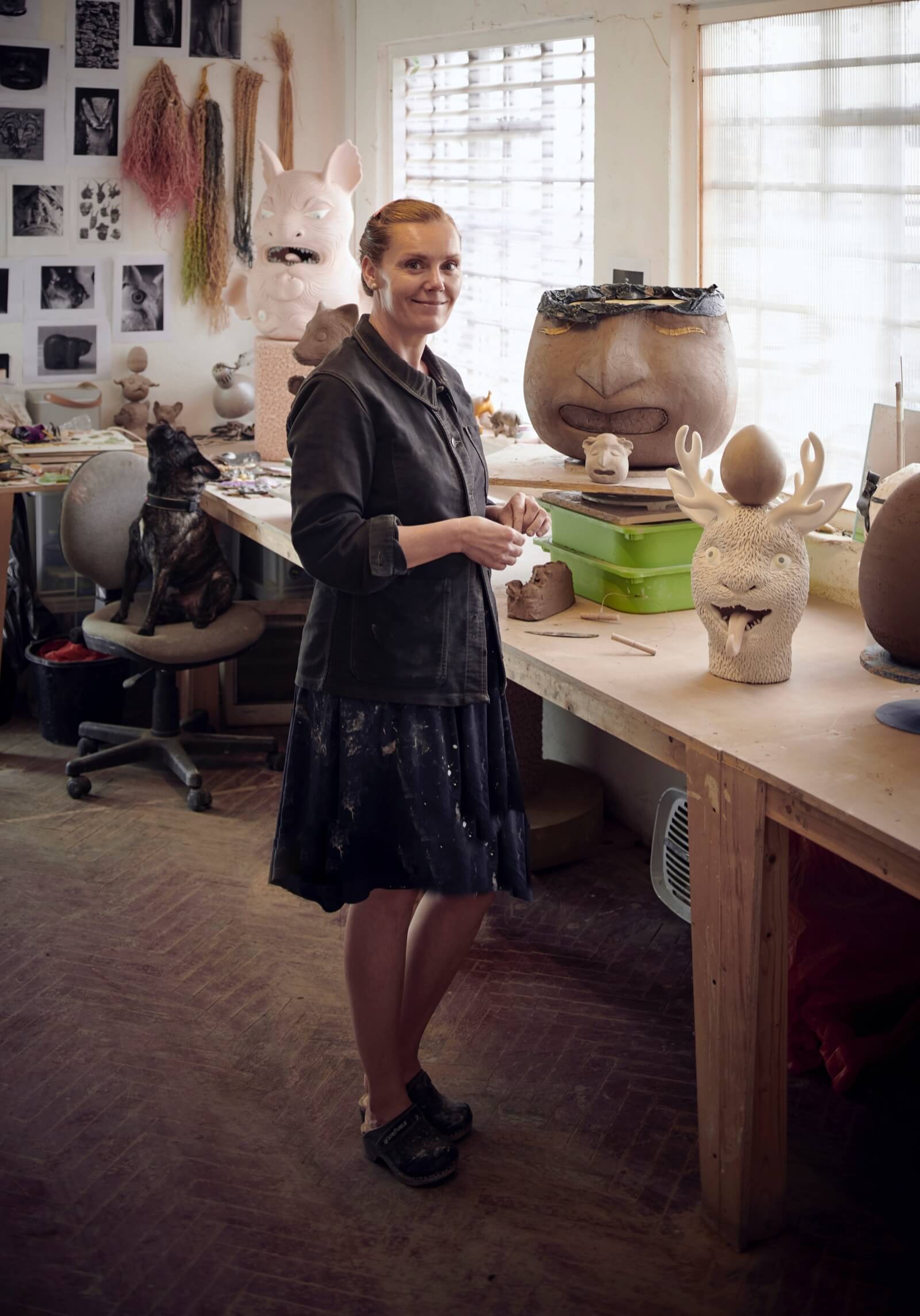 My hunch was right. The Danish born artist came to ceramics relatively late, having been a cinema projectionist in her native Copenhagen. However, while working on her main job she had also been fitting in evening classes and had begun making slip cast porcelain, selling the pieces at craft markets. She signed up for The Royal Danish Academy of Fine Arts on the island of Bornholm and started creating figurative work (inspired by the Dutch artist Carolein Smit). Her initial work was a series of disturbingly aggressive robots influenced by her alcoholic father and bipolar mother, who both died when she was young. In time the robots gave way to work that was more surreal than literal, and is probably best described as Guillermo del Toro meets Andy Warhol.

Our paths crossed intermittently through the subsequent years, most notably when I was a member of the judging panel of the Jerwood Makers Open in 2015 that gave her an award. She used the £10,000 to create a semi-immersive installation, entitled ‘In the Dead of the Night’, through which she pursued her fascination with traditional Scandinavian fairy tales. She had a solo show at the Aspex Gallery in Portsmouth in 2016, and last year she was a resident at the V&A. This summer, there has been a small exhibition of her pieces – new and old – at Messum’s London. Many of the works displayed will be travelling on to Istanbul during September in time for the Biennale, where they will be part of ‘Beyond the Vessel’ at the Koç Foundation’s gallery, Meşher. There is a sense that this exhibition was a bit of a warm-up gig, a half-way house in anticipation of the main event – I suspect Messum’s took the opportunity to introduce the artist to its London collectors before the work was shipped out. Which isn’t to say the pieces are bad. Quite the contrary. They are technically dazzling and the exhibition contains her largest work to date, ‘Fantasma’, a strange totem-like stack of beasts from which the exhibition derives its name. 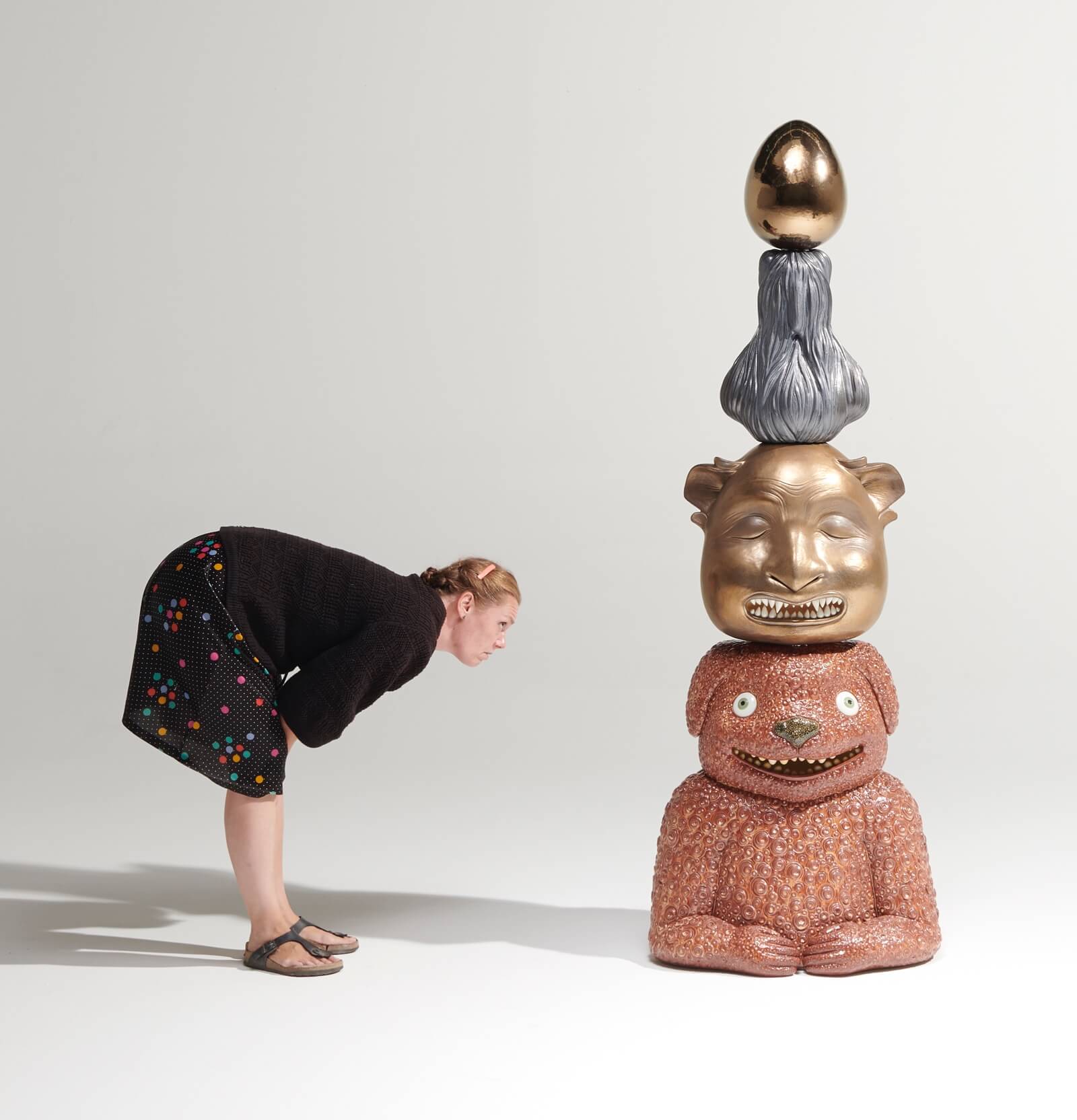 The show opened with a new piece in the gallery window entitled ‘Treasure’, which goes some way to explaining the light and shade that can often be detected in her oeuvre. A cluster of jewel-like and faceted, coloured stones fills a basket, almost tempting visitors to dip their hands in. But on a closer look you realise the basket itself is fashioned from a nest of snakes, waiting in anticipation. Once inside the gallery there was a selection of works, including one from the Jerwood (inspired by her pet dog), and a couple from her time spent in the V&A. It covered her usual preoccupations of witchcraft, trolls, ghosts and snakes but lacked a narrative thread. Rather than entering Hartmann Rasmussen’s world you felt as though you were simply looking at individual pieces in a Mayfair-based gallery. It was all a bit too polite – a little, well, conventional. 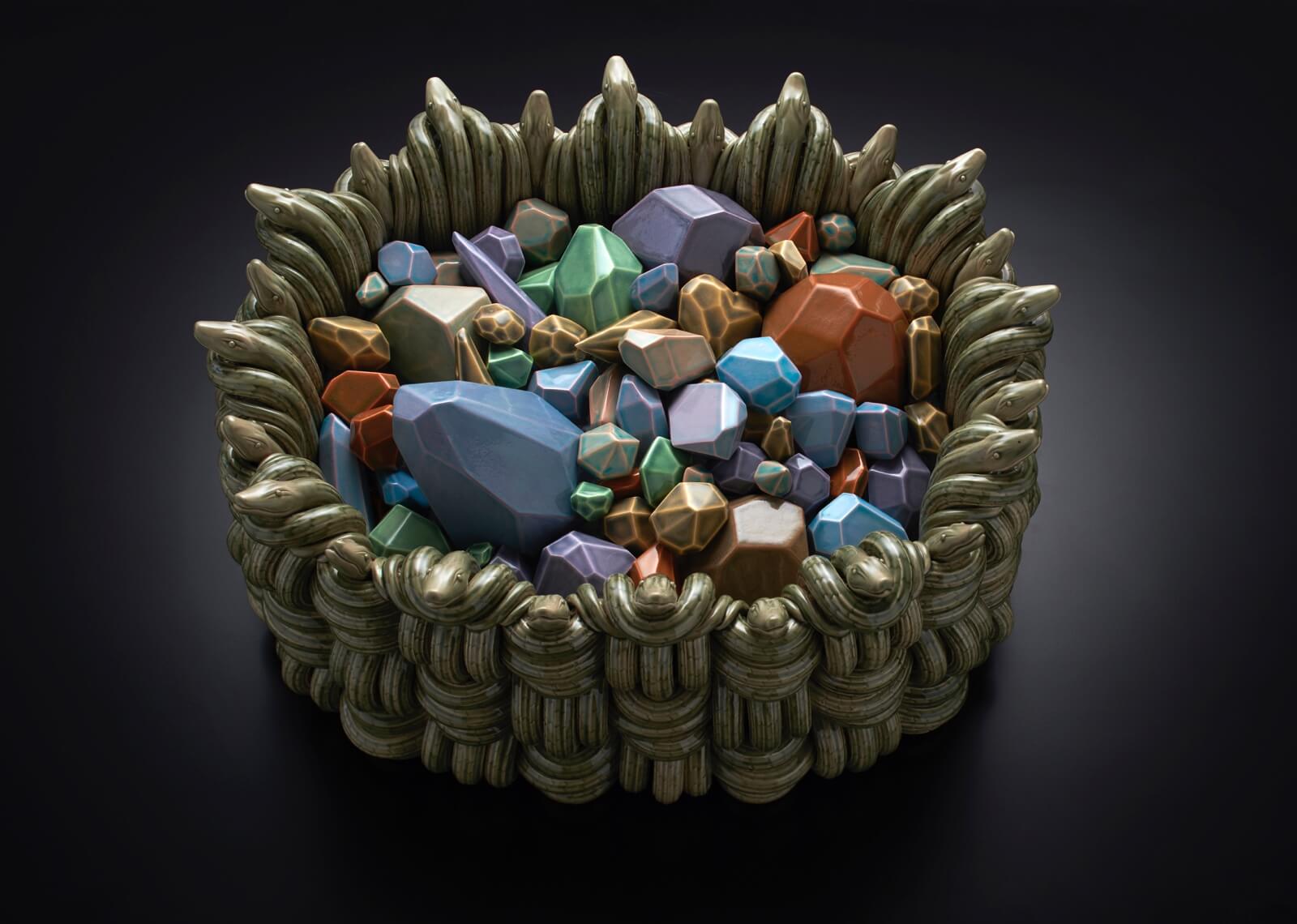 There is little doubt that the artist’s career is on an upward trajectory and I applaud Messum’s for taking a chance on her (and a slew of other makers) – a decade ago a Cork Street gallery showing work like this would have been unthinkable. However, eight years on from when I first encountered her fireplace I’m still waiting for someone to provide her with the space – and let’s face it, the budget – that allows her imagination to truly take flight. ‘Fantasma’ feels like another small stepping stone.  With a little help the best is yet to come. 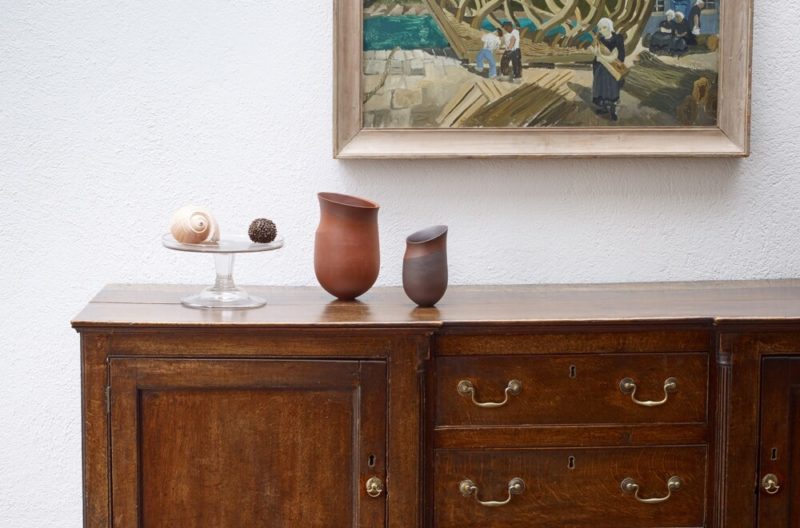 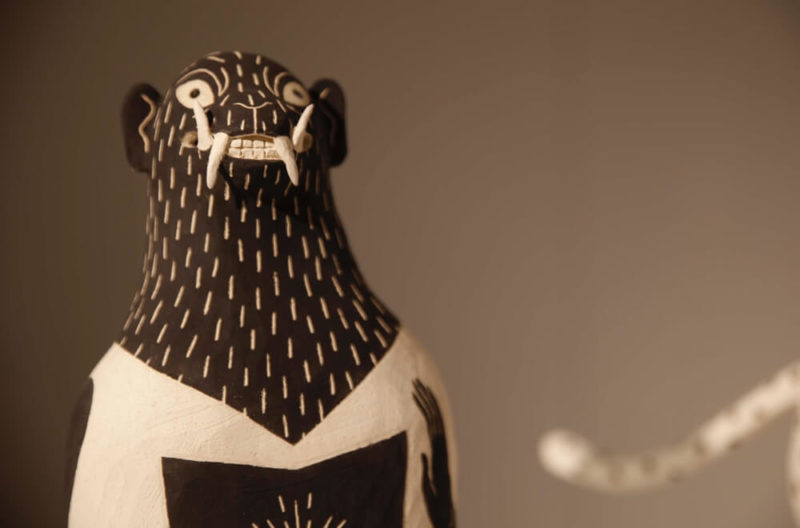 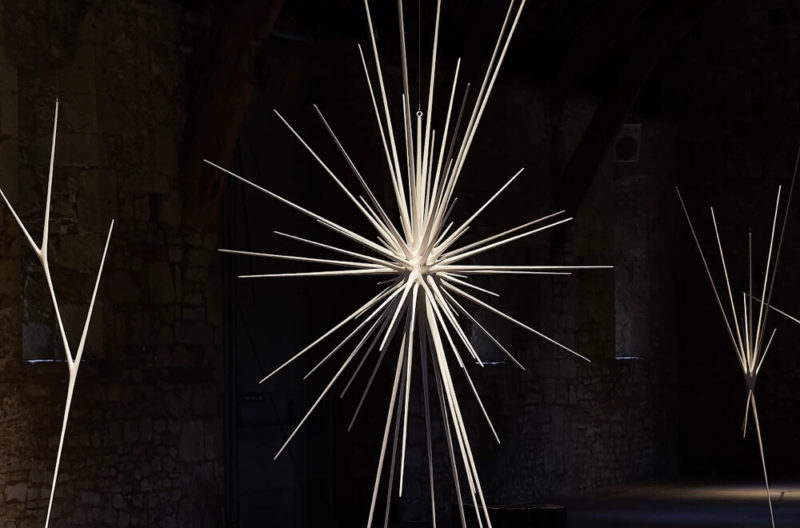 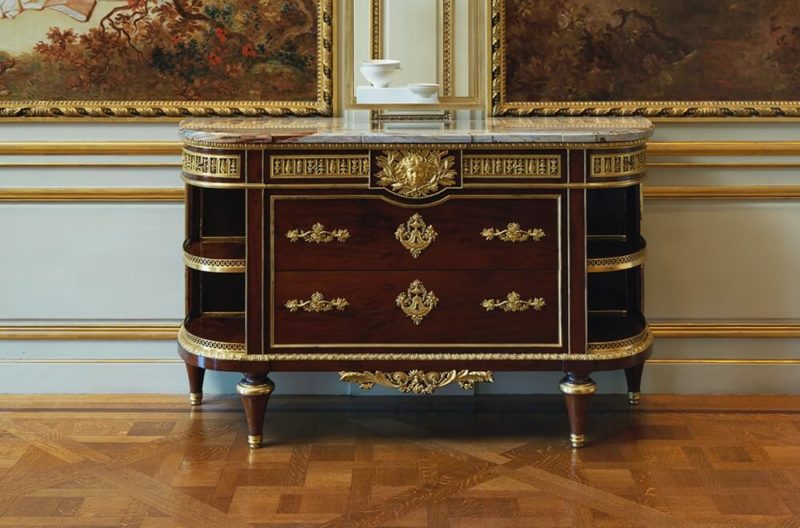 By Anna Talley
The Design Edit
For Collectors and Dreamers
Read
Connect
Legal
© 2023 The Design Edit.
All Rights Reserverd
We use Actito as our marketing automation platform. By clicking to submit this form, you acknowledge that the information you provide will be transferred to Actito for processing in accordance with their Privacy Policy and Terms. The Design Edit will use the information you provide on this form to keep you informed with announcements and updates. You can change your mind at any time by clicking the unsubscribe link in the footer of any email you receive from us. We will treat your information with respect.