IN 1971, THE architect/engineer Jean-Prouvé presided over the competition jury for the future Centre Pompidou and supported the audacious project of three young architects: Renzo Piano, Richard Rogers and Gianfranco Franchini. Franchini quit, leaving Piano and Rogers in charge of the museum’s construction. It seems fitting, therefore, that some of Prouvé’s seminal work was recently exhibited in a pavilion designed by Piano at Château La Coste in Le Puy-Sainte-Réparade, south of France. Last year, ‘Maison Prouvé/Rogers’ (1944-2015), a 36m2 prefab, demountable house made by Prouvé for people who had lost their homes in the Lorraine region during the Second World War and readapted by Rogers Stirk Harbour + Partners (providing electricity, hot water, a kitchen and a bathroom) was showcased in the pavilion. On loan from Parisian gallerist Patrick Seguin, ‘Maison Prouvé/Rogers’ will be installed in the park’s grounds later this summer.

The exhibition ‘Jean Prouvé: l’âme du métal’, emphasising the ‘metal soul’ of Prouvé’s work, similarly ensued from McKillen and Seguin’s longstanding friendship, the pieces again lent from Seguin’s collection. “The 60 exhibited pieces allow one to discover — or rediscover — Jean Prouvé’s work and judge its relevance and modernity,” Seguin said at the time. “The fact that this exhibition is taking place in a piece of architecture by Renzo Piano is important as there was a direct link between the two men who had a friendly relationship,” he added.

Seguin selected pieces that were emblematic of Prouvé’s constructive thinking, and illustrated his knowledge of metal

SEGUIN HAS BEEN presenting Prouvé’s socially engaged work, namely prefab, demountable structures, prototypes and rare, unique pieces of furniture made for schools and emergency housing, for the past 30 years. Some of Prouvé’s large-scale projects have been exhibited by Seguin in the Tuileries gardens during Fiac, France’s international contemporary art fair, and at Design Miami/ Basel.

For Château La Coste, Seguin selected pieces that were emblematic of Prouvé’s constructive thinking, and illustrated his knowledge of metal. Indeed, Prouvé (1901-1984) trained as a metal craftsman before opening his workshop in Nancy, northeast France, in 1924, followed by a factory in 1947 — prior to serving as a consulting engineer on architectural projects in Paris. Prouvé’s passion for combining wood and metal is exemplified in ‘Bureau Présidence’ (1955). With its green metal drawers and legs, it served as architect/sculptor/editor André Bloc’s desk at the architectural review, L’Architecture d’Aujourd’hui. Such pieces have become highly sought-after — a similar ‘Bureau Présidence’ from 1952, with black drawers and grey legs, went under the hammer at Artcurial, the Parisian auction house, in 2015 for €1.1m, soaring past its €200,000-300,000 estimate.

Among other emblematic pieces were the ‘Antony’ armchair and refectory table designed in 1954 for the Cité Universitaire, a university residence near Paris, as well as aluminium sliding doors, panel systems and lighting. They were all characteristic of the crisp, sober lines of Prouvé’s output that would bear an influence on future generations of designers and architects. But above all, the exhibition’s poignancy lay in Prouvé and Piano being reunited through their complementary work. 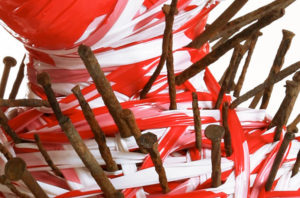 Exhibitions
IncarNations. African art as a philosophy
The last chance to catch a provocative presentation of African art.
By TDE News 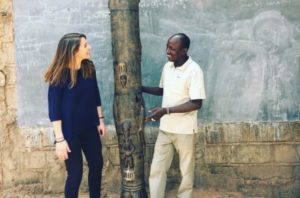 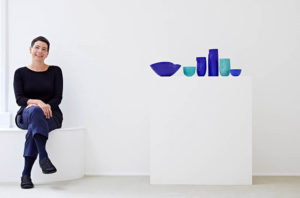 Exhibitions
Sara Flynn
The fruits of lockdown: a collection of sensual, sculptural vessels with an array of impressive new glazes.
By Emma Crichton-Miller
The Design Edit
For Collectors and Dreamers
Read
Connect
Legal
Join Our Bi-monthly Mailer
Follow and Share
© 2021 The Design Edit.
All Rights Reserverd