IT WAS LATE OCTOBER and Coal Drops Yard had just opened. It is the latest architectural addition to the ongoing re-invention of King’s Cross from designer Thomas Heatherwick. Safe to say it’s dividing the critics. Bryan Appleyard penned a piece in The Sunday Times which appears to claim it could point the way to the future of shopping in the physical (rather than digital) realm. In a reply, the same paper’s former architecture expert and current editor of the RIBA Journal, Hugh Pearman compared it to a pair of “parted buttocks”.

Visiting this new part of the city, it seems to me that Appleyard’s claims are ridiculously overblown, while Pearman’s sentiment is undoubtedly funny – but a little harsh. The truth of the matter is that it’s too early to judge. The notion of bringing the pair of long, thin Victorian coal sheds together in a ‘kiss’ has charm as well as function – it opens up more retail floor space, which already promises to contain a fascinating mix of stores. The brilliant shoe designer, Tracey Neuls, is in situ, with pieces of her work dangling rather beautifully on strips of red ribbon from the ceiling. Cubitts – the fashionable spectacles brand – has moved in too, and tucked around the corner in a small cubbyhole of a space is, arguably, the best surprise of all – the new MDR Gallery. The gallery is the brainchild of design magazine editor and journalist Laura Houseley, and represents an intriguing step in an eclectic career. The Derbyshire-born writer initially made her name at Wallpaper before successfully going freelance, culminating in the launch of her own independent magazine, The Modern Design Review, in 2015. At the same time, she has been the brains behind many intriguing installations and exhibitions, most notably at London’s Ace Hotel, while her last show PlasticScene (with co-curator James Shaw), investigated how a generation of designers are attempting to find new uses for waste plastic. It was timely, entertaining and generally considered to be one of the hits of last year’s London Design Festival.

A physical space was the obvious next step. “For a long time I’d had the idea of becoming a gallery,’ Houseley tells me, as we hunker down in one of Coal Drops newly opened cafes. “We invest a lot of time in the designers we feature, getting to know them, studying their work and writing about them. Most aren’t represented by a larger gallery and I think there’s some greatness in their work. It just seemed like a natural progression to start showing their pieces and help to sell them –for their benefit and ours.”

HER OPENING EXHIBITION, ‘Schema’, germinated from the Space Frames collection of lights by Studio Mieke Meijer, which she describes as “a genius systems design that is incredibly modular and scalable.” She adds, “They have an attitude towards their work which is all about construction and system-building.” Putting this to the test she commissioned the Eindhoven-based duo, Mieke Meijer and Roy Letterlé, to create a series of Christmas lights made from an interlocking skeleton of aluminium parts, over which a polyester fabric (more commonly used in the aviation industry) is stretched. Subsequently these were dotted around Coal Drops. “That dictated what the first show from the gallery would be,” Houseley explains. ‘Schema’ is all about architecture and functionality in smaller objects. For instance, rationality and formal principles of construction play a key role in the ‘Pyramid’ collection of shelves (made from laser-cut sheets of aluminium) by Paris- and Ghent-based designers Wendy Andreu and Bram Vanderbeke. While an aluminium frame entitled ‘Changeable Without Change’ by Ward Winjnant is obviously inspired by a grid. Other pieces come from practices such as OS & OOS, Silo Studio and Minimalux. 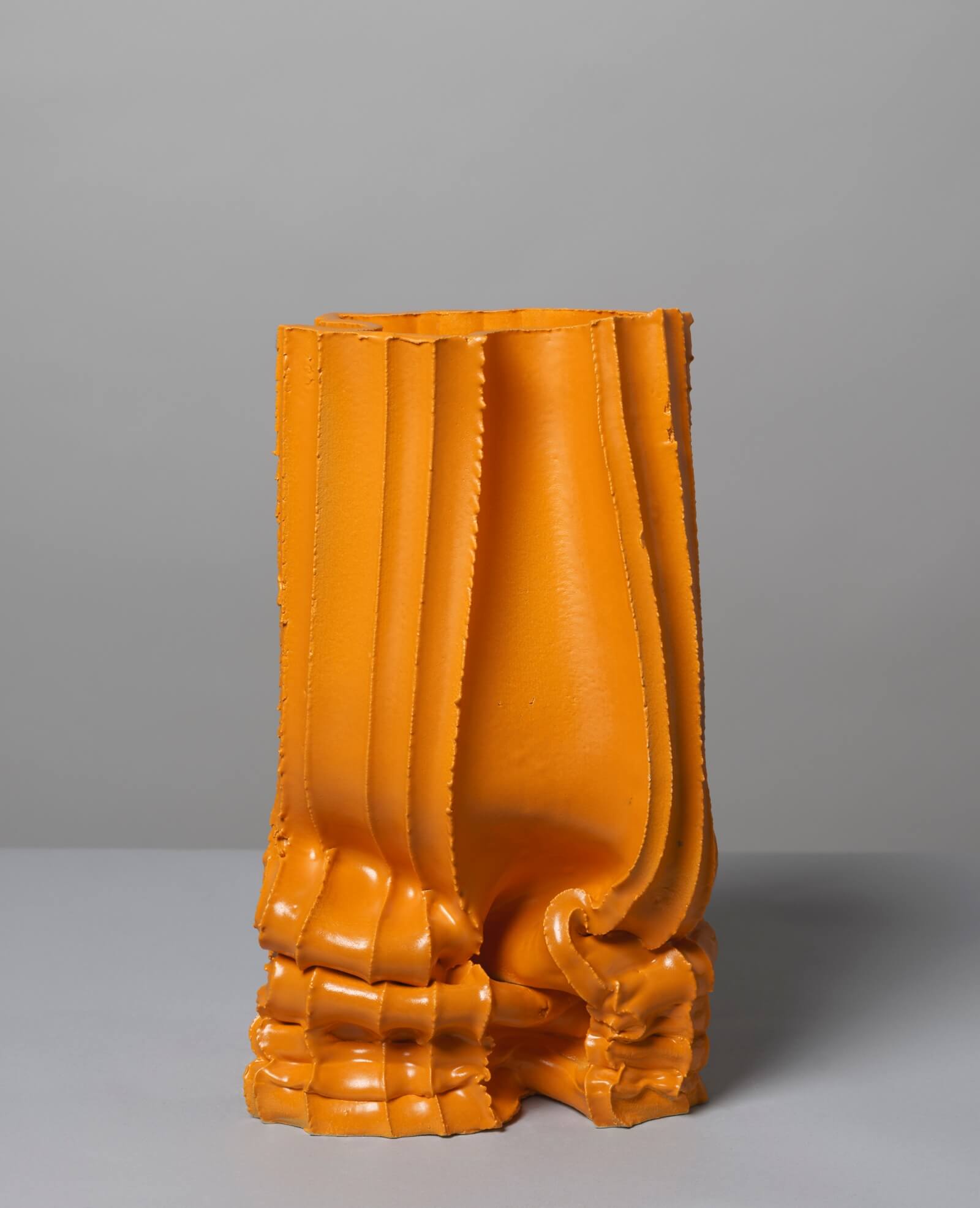 “We invest a lot of time in the designers we feature, getting to know them, studying their work and writing about them …” 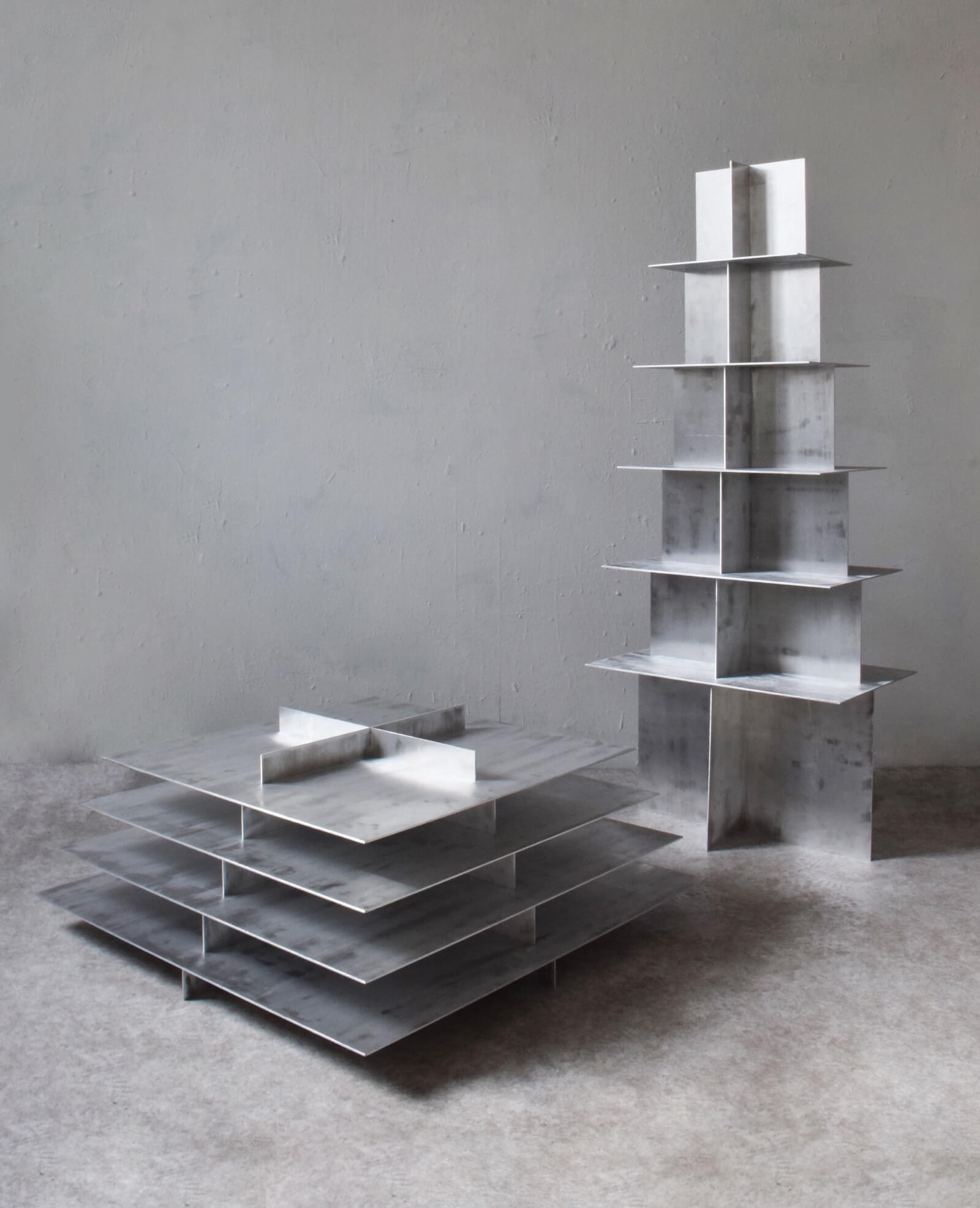 In many regards Houseley’s career reflects the flux that design journalism finds itself in as print continues to redefine its place in an increasingly digital world. Having cut her teeth at Wallpaper in the heady, cash-rich nineties, she left in 2004 to do her own thing around the time the brand came under the aegis of IPC and the founding editor, Tyler Brûlée, jumped ship to create Winkreative. However, it was another decade before she launched her own title. “I’d registered the name when I’d left Wallpaper, so I’d lived with the idea for a long, long time,” she says. In some regards Modern Design Review is a reaction against the huge success of websites such as Dezeen. It comes out twice a year and has a pace best described as stately.

The issue, of course, for all the independent titles that have emerged in recent years is how to create a genuinely sustainable business model. After all readerships are niche and display advertising is scant. The solution many have adopted is to use the magazine as a calling card for other, frankly more lucrative, schemes and Houseley is no exception. She creates publications for other brands, as well as helping companies source suitable designers for various projects.

MDR’s first outing as a gallery proper came in March last year at the Belgium design show, Collectible, where Houseley mounted the show ‘Man and Machine’. She showed work from three designers – Anton Alvarez, James Shaw and Thomas Ballouhey – who have each built a unique machine to create their pieces. “I was curious to see if we would be taken seriously,” Houseley reflects, “and it turned out people were cool with it.” The question now is how the magazine and gallery dovetail. You get the sense it’s a conundrum with which she is still wrestling. “There is some crossover but there’s also some separation,” she says, “One thing I’m very clear on is that we don’t want to lose our editorial character. It’s important we have a strong story behind all the collections. I really want the gallery to be a platform from which we can explore some of the ideas we begin to look at on paper.” As Coal Drops Yard is settling down and finding its audience, it seems Houseley is going through the same process. These are early, but exciting, days.

MDR Gallery will be showing Alu! (works in aluminium) from April 28th – May 14th.

Grant Gibson
Grant Gibson is a former editor of Blueprint and Crafts and hosts the new podcast Material Matters.
Previous
Article
Next
Article 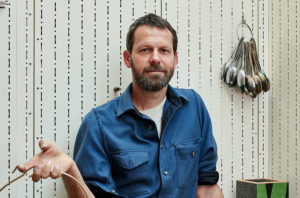 People
Martino Gamper
A late discovery of ginger, combined with his love of Italian cooking, gave the designer inspiration for a new recipe.
By Dominic Lutyens

People
In The Hot Seat / Sam Pratt and Valerio Capo
From Hoxton to Mayfair, via Porto Cervo – the story of Gallery FUMI’s eleven extraordinary years in the contemporary design market.
By Emma Crichton-Miller
The Design Edit
For Collectors and Dreamers
Read
Connect
Legal
Join Our Bi-monthly Mailer
Follow and Share
© 2021 The Design Edit.
All Rights Reserverd