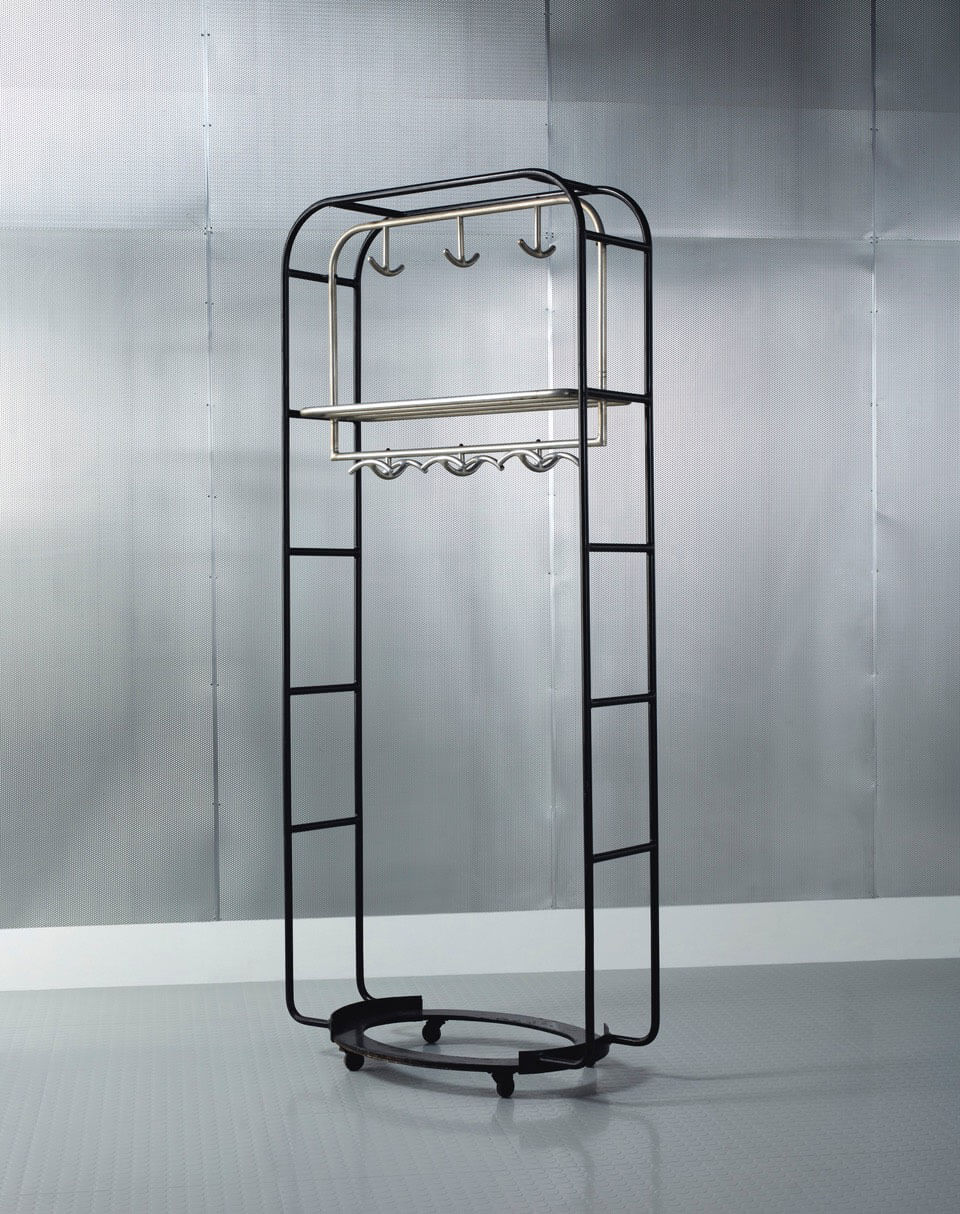 THE MAISON DE Verre is possibly the most mysterious and emblematic of 20th century modern monuments. The house was the first in France to be made of steel and glass and has been likened to a classical Japanese temple, Giacometti’s ‘Palace at 4 a.m.’, Marcel Duchamp’s ‘Large Glass’ – and even described as a window onto the fourth dimension. 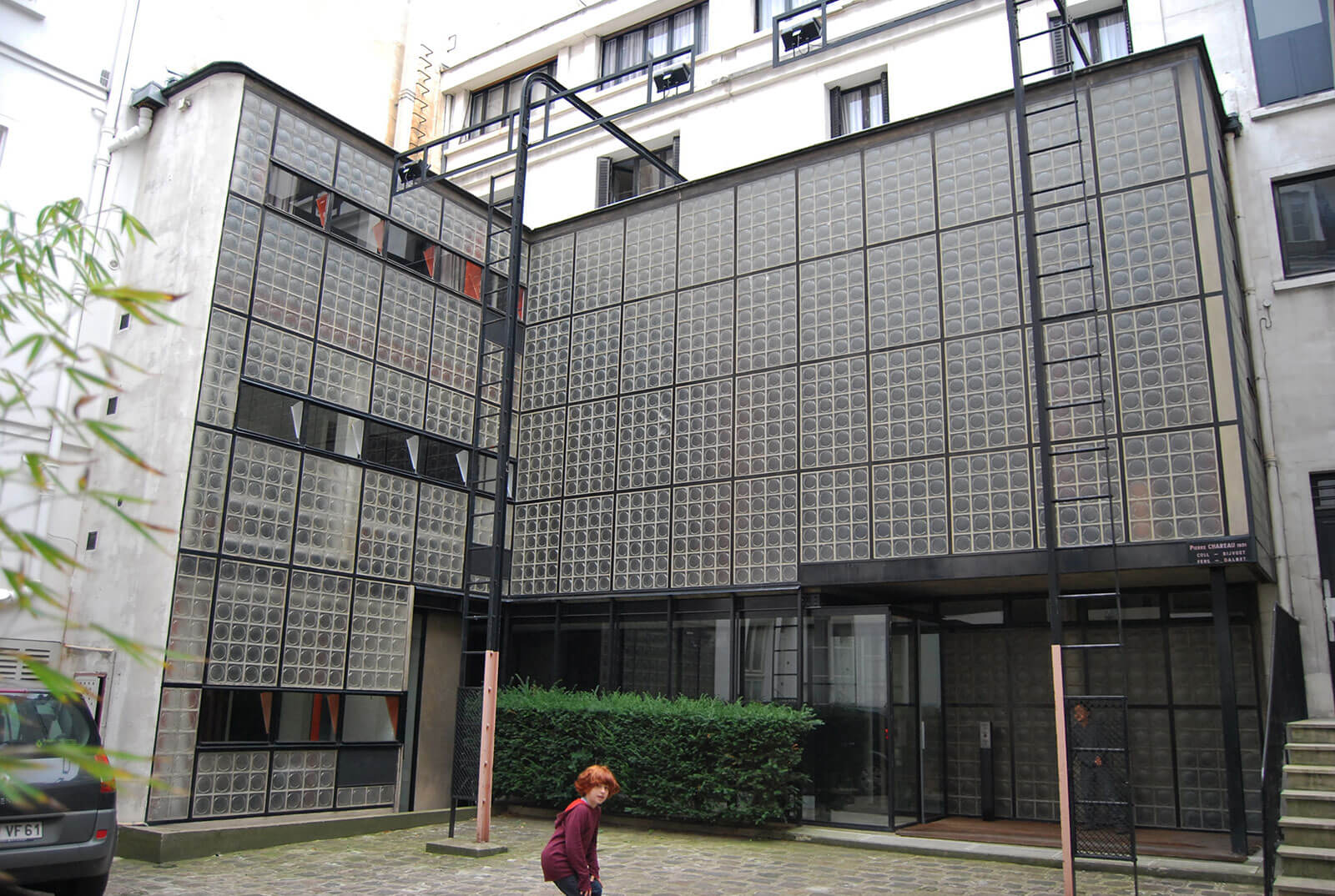 The house was conceived in 1925 and completed in 1932 by Pierre Chareau with the collaboration of the Dutch architect Bernard Bijvoet and the metalworker Louis Dalbet; all under the auspices of their enlightened clients, Annie and Jean Dalsace. The young couple had met Chareau in 1919 and decided to entrust the unknown architect with the furnishings for their first flat. This marked the beginning of a close friendship between the Dalsaces and Chareau who went on to design the Maison de Verre as well as most of the furniture for the interior. 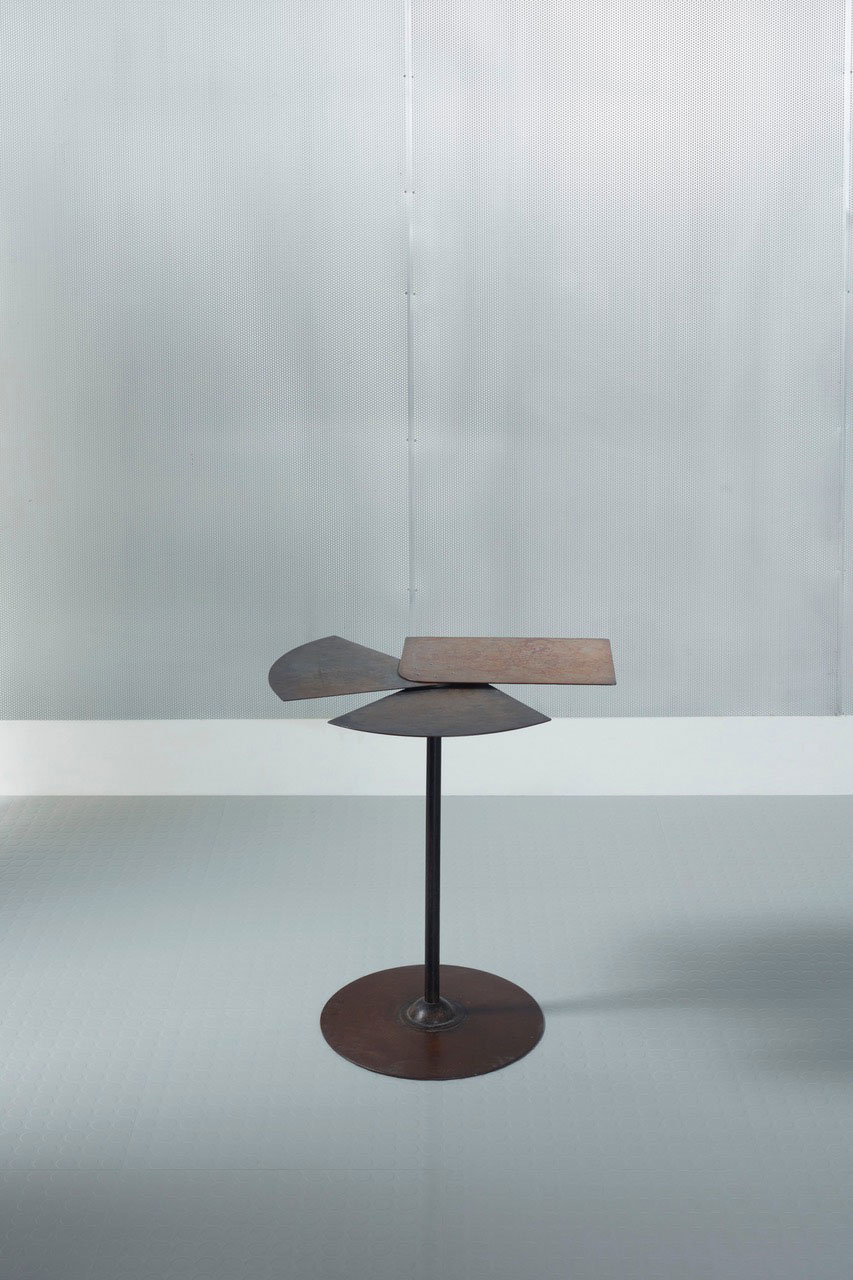 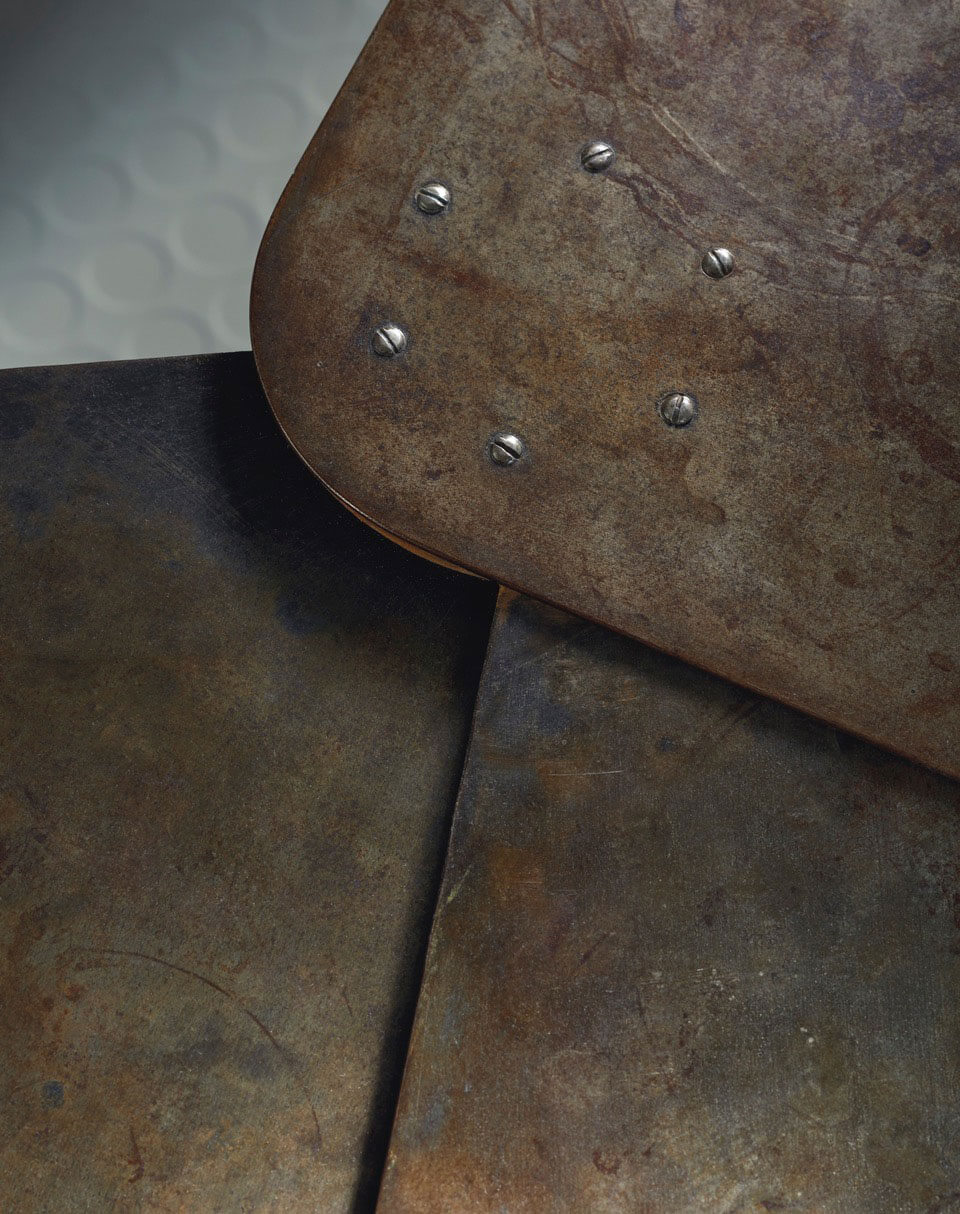 Maison de Verre was built on the site of an 18th century, four-storey townhouse, of which only the two bottom floors were available. Chareau and Bijvoet audaciously created a stand-alone space supported on standard steel columns and divided it into three lower storeys with various means of vertical access. But the magic of the building, and its name, mostly comes from its envelope of translucent glass bricks (a technique that was about six months old when it was used by Chareau) – giving privacy from the outside, whilst letting in a subdued but changing light. 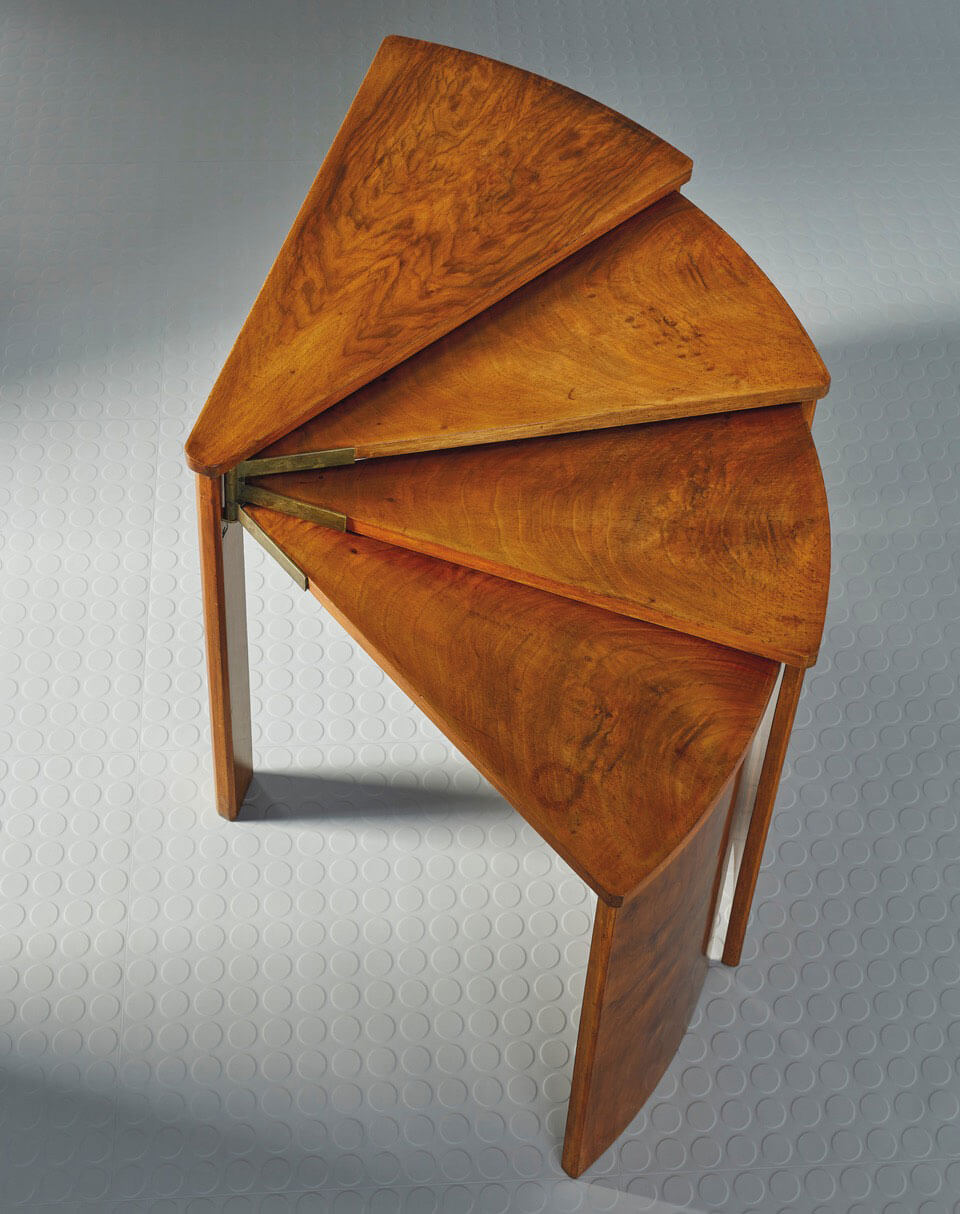 Although well known for his furniture creations, Chareau was never as prolific as Le Corbusier, or as public as Robert Mallet-Stevens. He only conceived five buildings and their interiors and sadly very little is left of them. However, the Maison de Verre, which is still standing, was of particular significance to Chareau as it was his first house. He wrote to Annie Dalsace in 1932: “Dis-moi que j’ai lutté comme un lion pour votre maison. Pour votre maison je garde les premiers battements de mon cœur.” (“Tell me I have battled like a lion for your house. For your house, I keep the quickest beating of my heart.”) 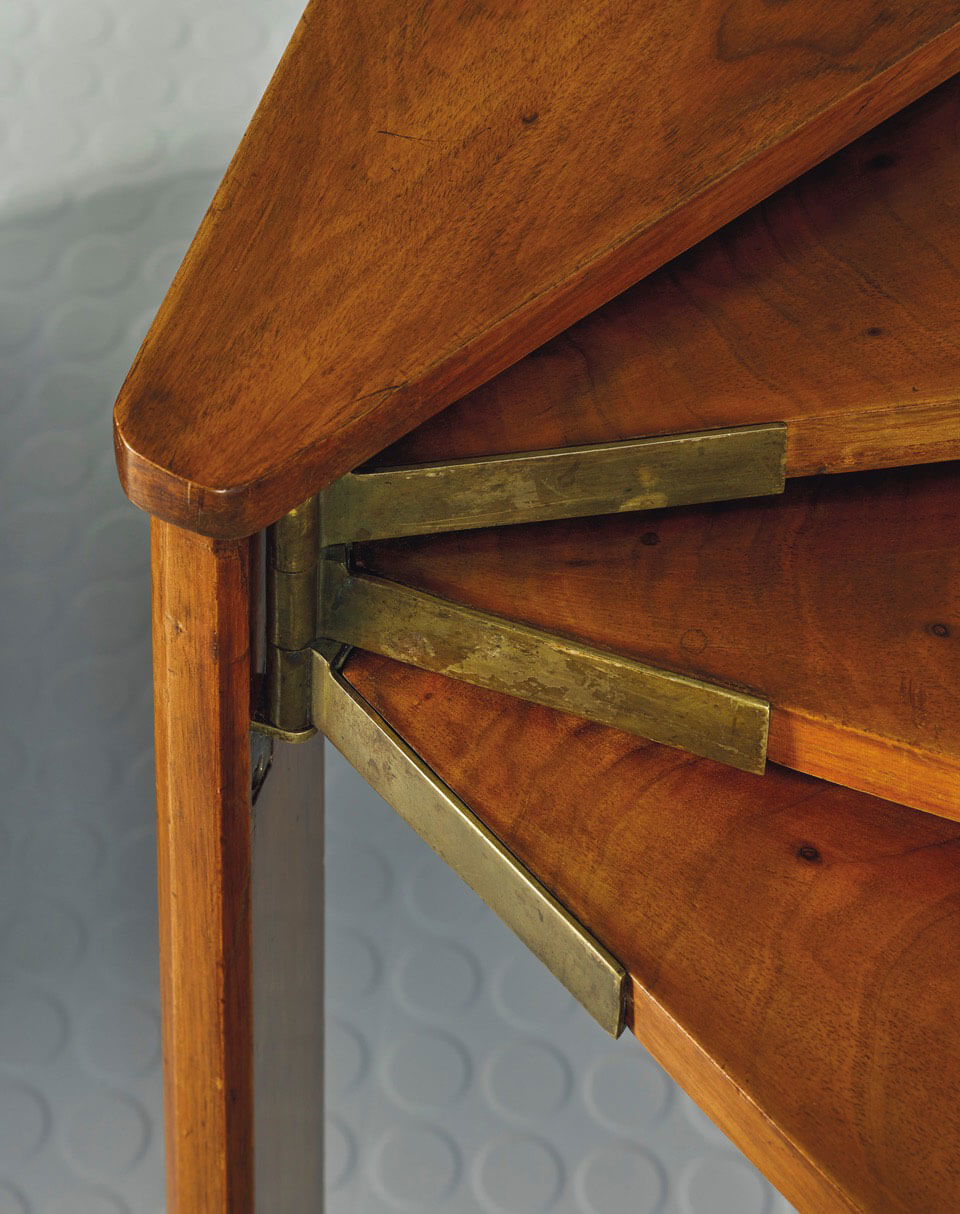 It is often said that Chareau’s work escapes any categorisation, representing his own very personal take on modernity and beauty. “A pebble in his hand could become a jewel,” said the designer Francis Jourdain, one of Chareau’s oldest friends, describing the designer’s gift for invention and his ability to insert beauty in the everyday life of his clients. The Maison de Verre is the Chareau’s Gesanthumwerk and distilled in this selection of furniture are the interests, principles and obsessions of the architect. 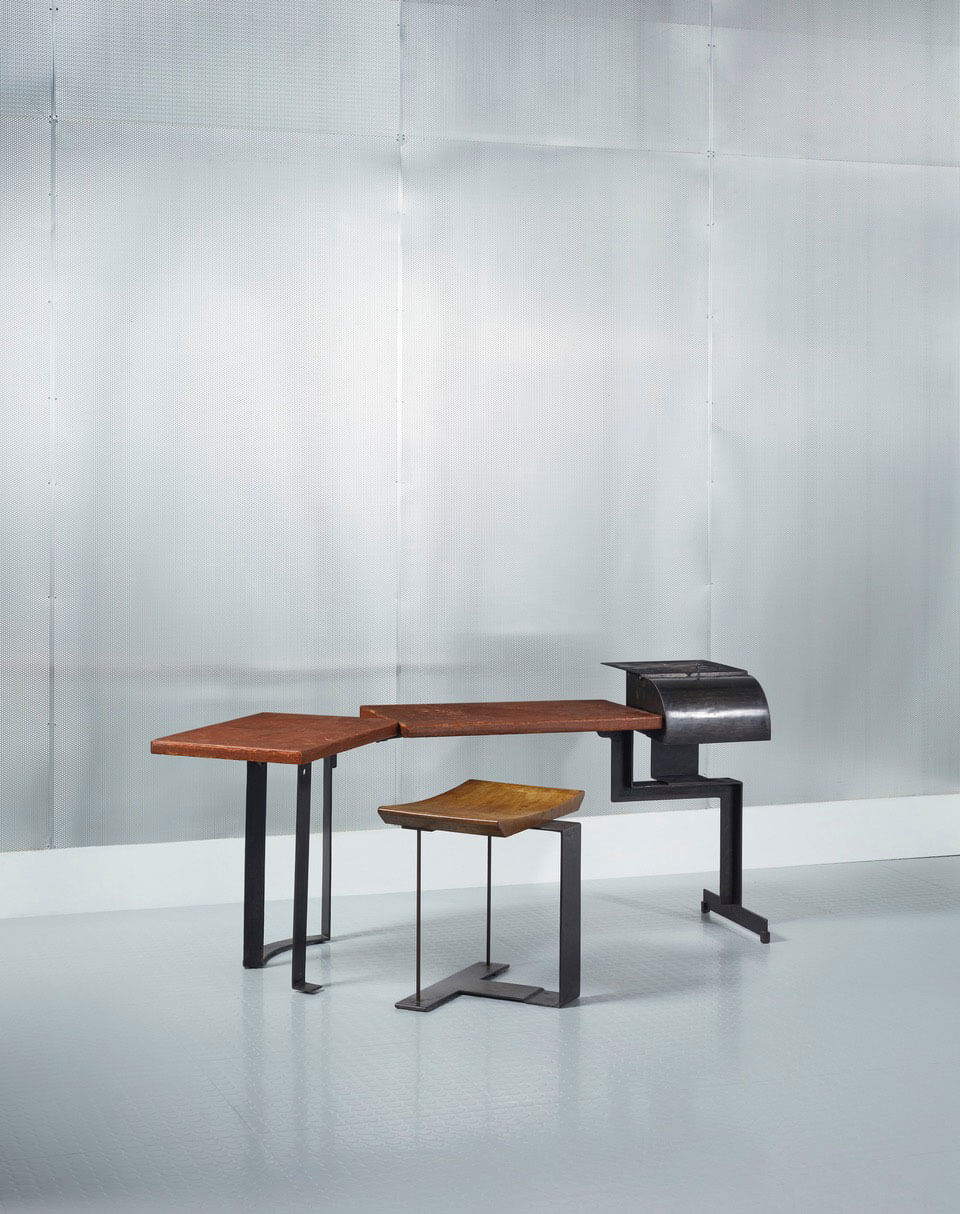 “The [‘Secretary’] desk is a true manifesto,” explains Flavien Gaillard, head of the Christie’s Design Department in Paris. “It embodies all the principles of the house’s architecture: the principle of transparency between the floors reflected in the free and transparent structure; the movement of the rolling drawer which mimics that of the doors.” Furthermore, it expresses the avant-garde spirit of Chareau, who had already anticipated the multitasking trend by adding interdependent elements to the desk (estimate €200,000 – €300,000) – a feature that only reappears in the 1950s with the introduction of a more organised office life. 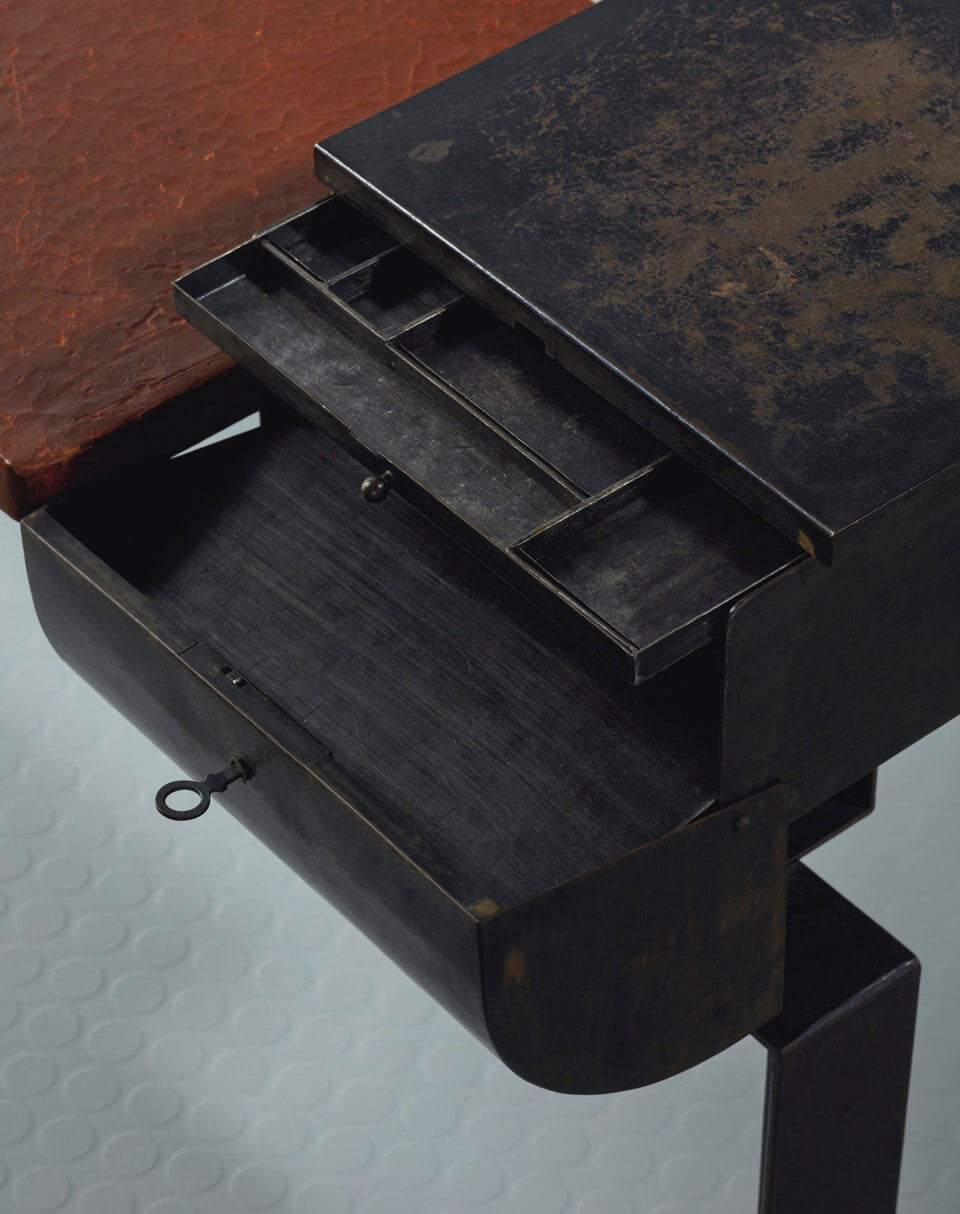 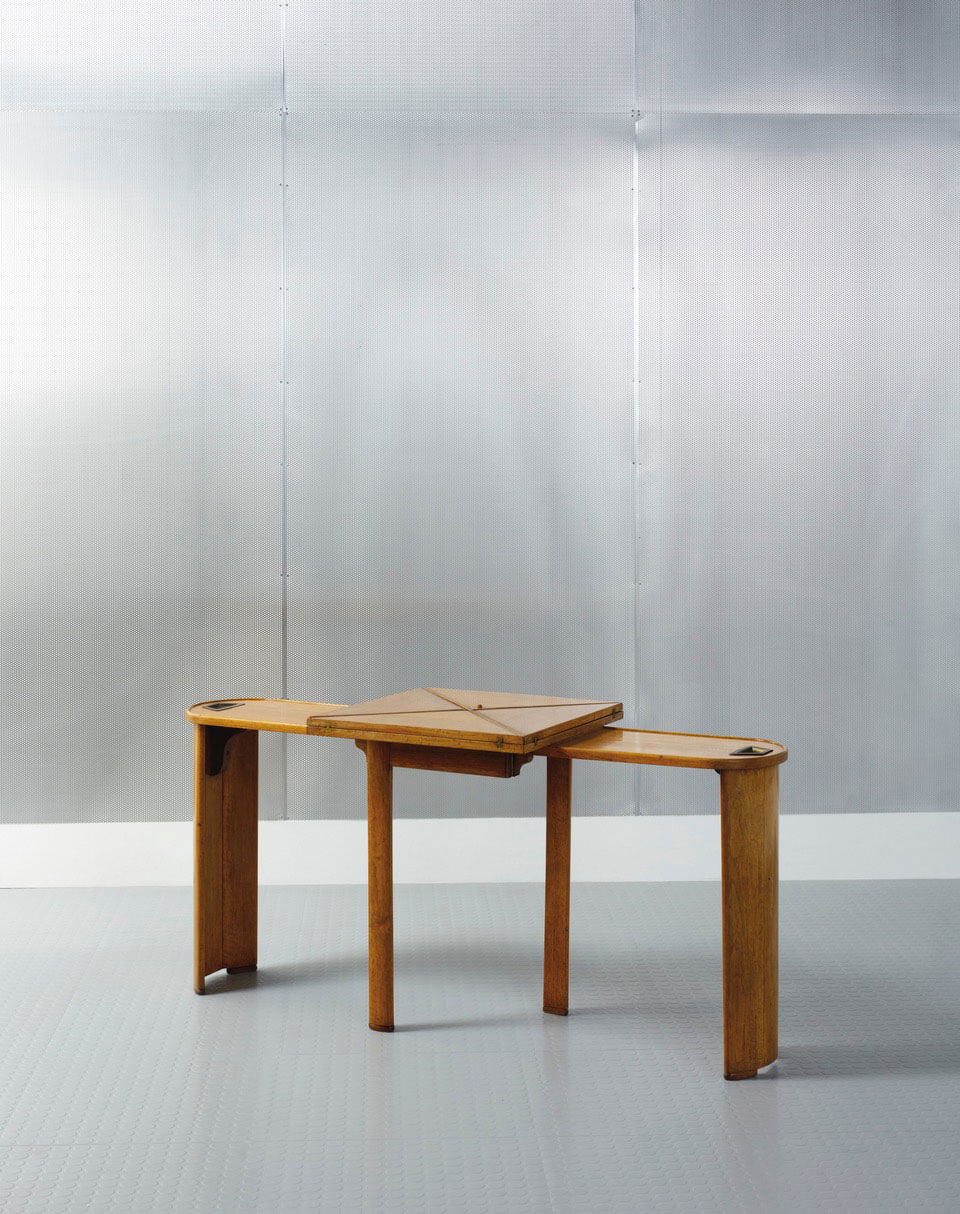 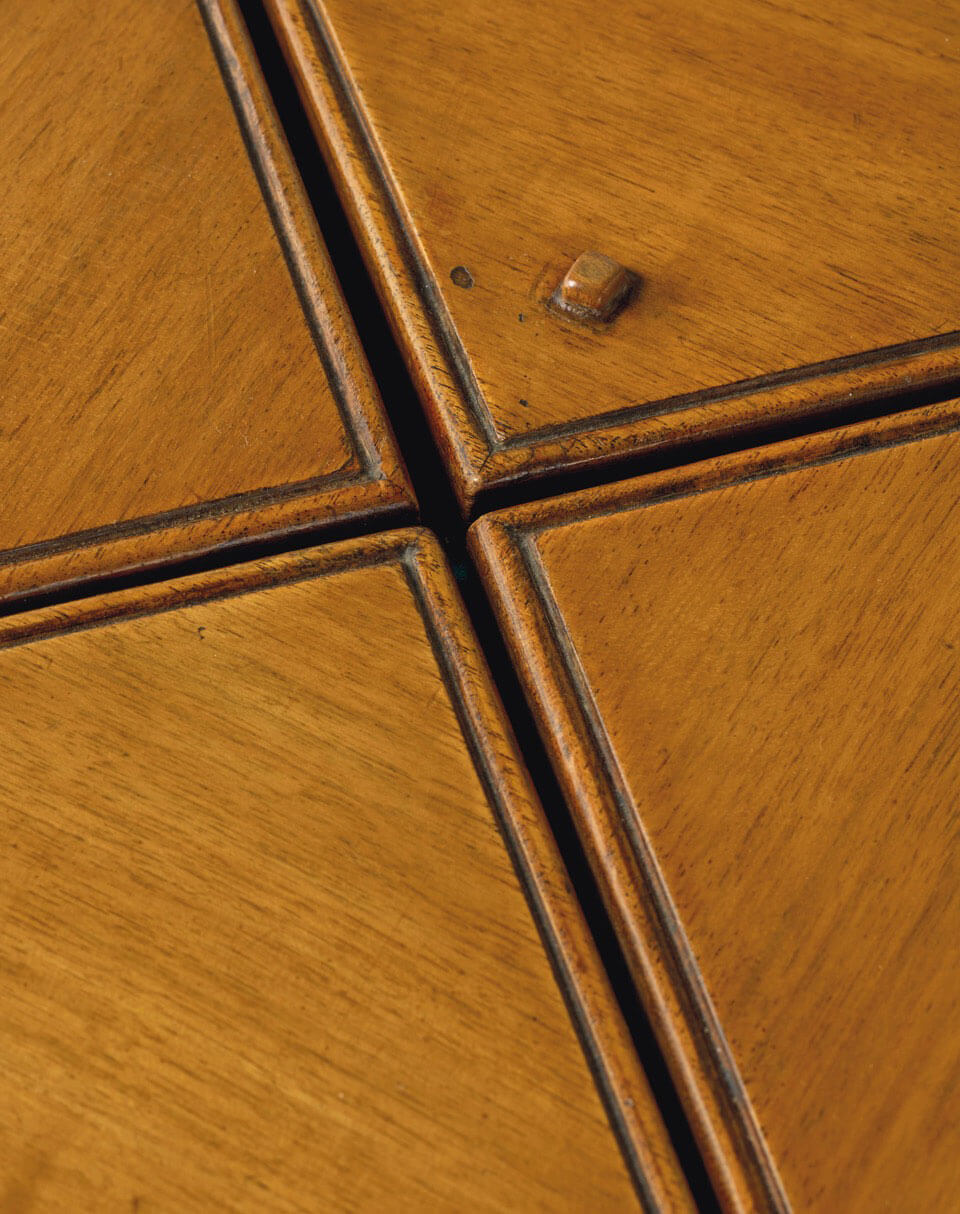 The bureau de dame (‘MB 1055’), estimated €80,000 – €120,000, is characterised by idiosyncratic sloping edges, an indication of the architect’s personal dislike of messy desks. Such edges, already used for the desk of the French ambassador exhibited in 1927 at the Pavillon de Marsan, do not allow for any lingering papers or bibelots. 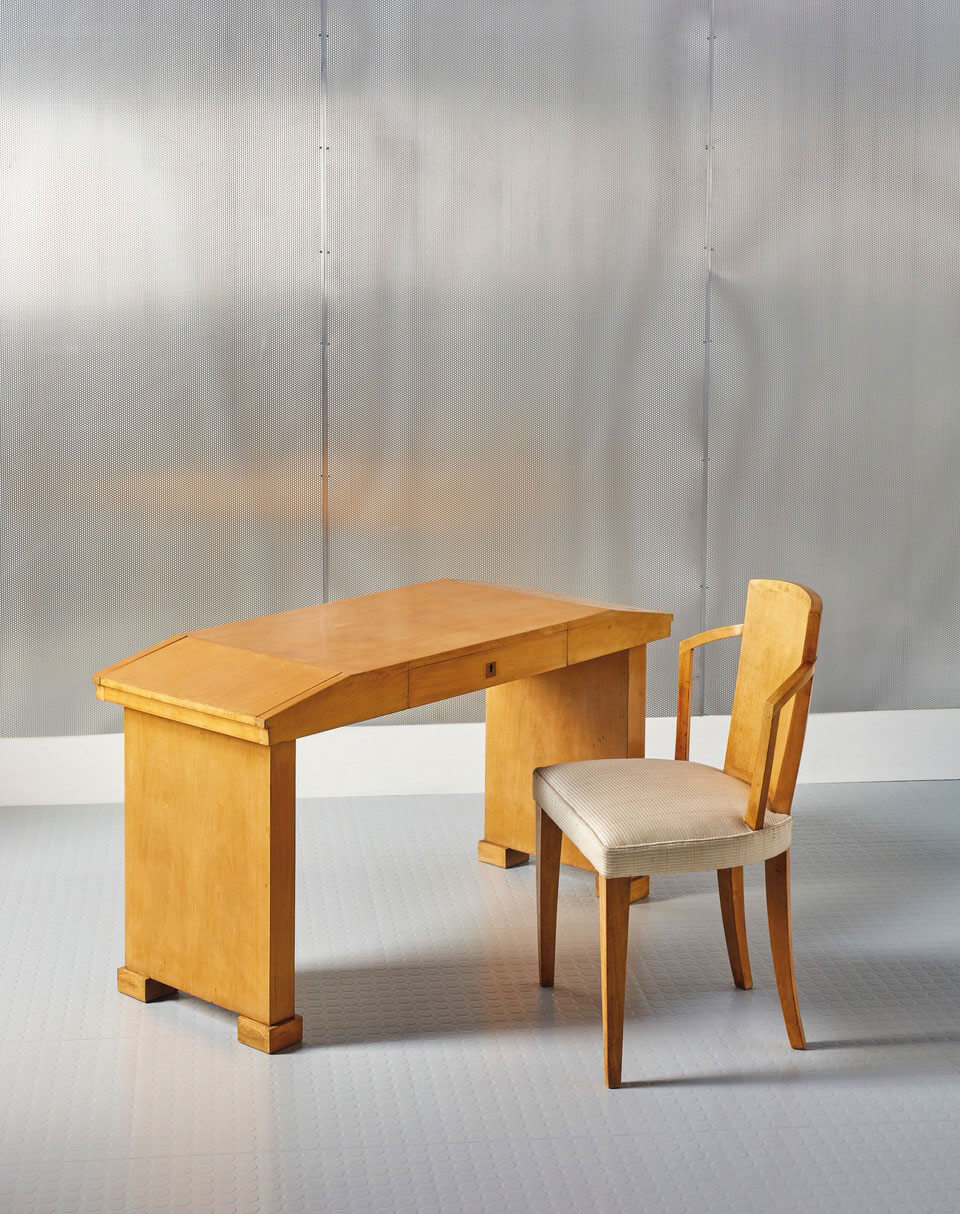 Most of the furniture was not invented for the Maison de Verre, but in bringing together these pieces the designers almost de facto formulated a social programme of how a modern couple should live. Two lots, however, the porte-manteau (estimate €40,000 – €60,000) and the letter holder (estimate €3,000 – €5,000), were made only for the Maison de Verre. Two examples of each are currently known and one of each is held in the permanent collections of the Centre Pompidou, Paris. 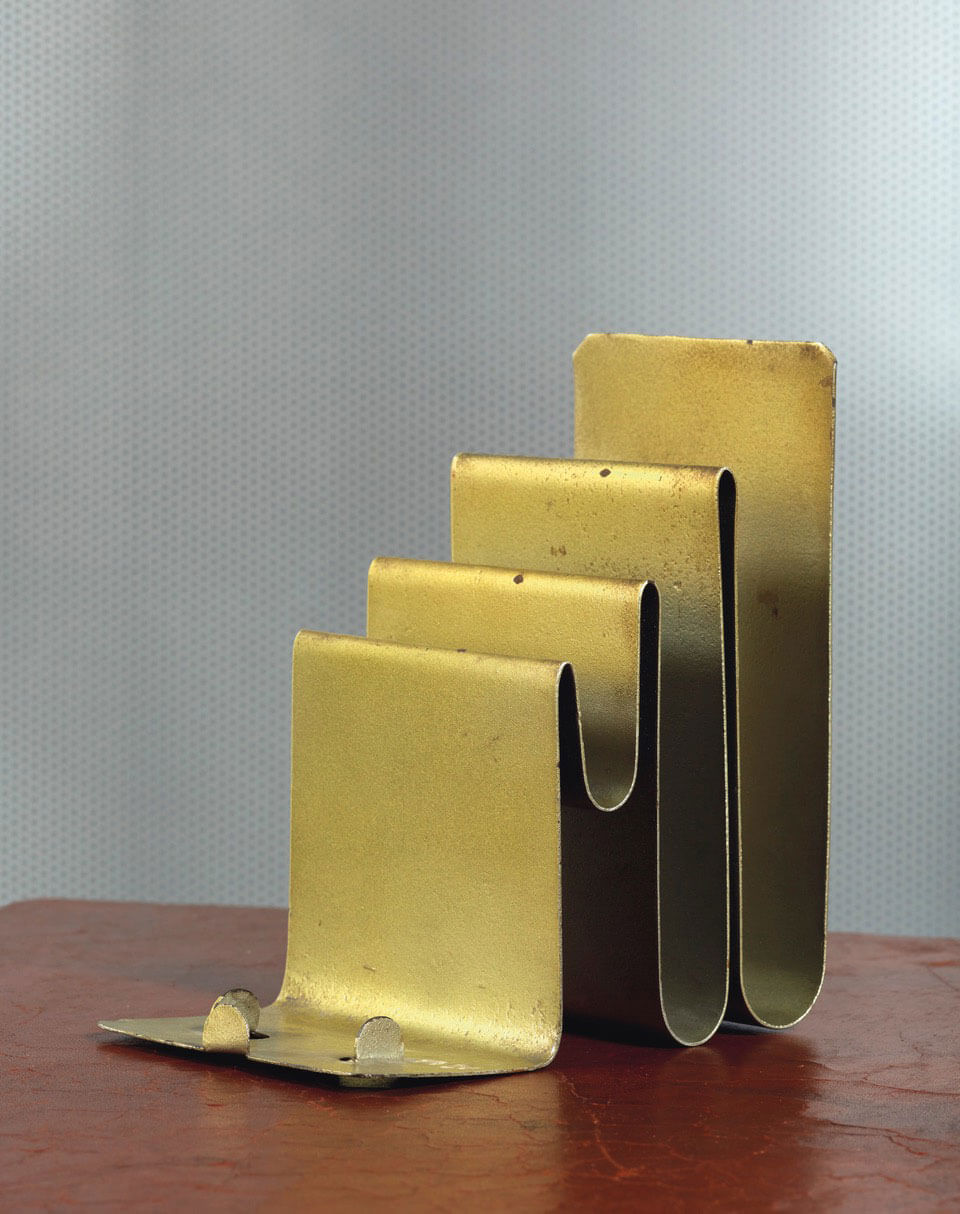 “The Light House would be a better name than the Glass House, in many ways, since glass is an element here only for the manipulation of light,” the sculptor and Chareau-specialist Marc Vellay once said. Indeed light, a constant preoccupation in Chareau’s work, is probably the main purpose of the house. Sometimes it is included directly in the piece of furniture, as in the stunning ‘Mirroir Éclairant’ (lot 2, estimate €50,000 – €70,000); sometimes it stands alone, as with the only light piece offered in the sale (lot 71). This ‘LP 180’ lamp, also called ‘Masque’ (estimate €40,000 – €60,000), embodies Chareau’s fascination with cubism. Turned on, it irradiates a soft light emphasising the delicate and contrasting volumes of the alabaster and the skillful metalwork. Turned off it becomes a lyrical piece of sculpture. 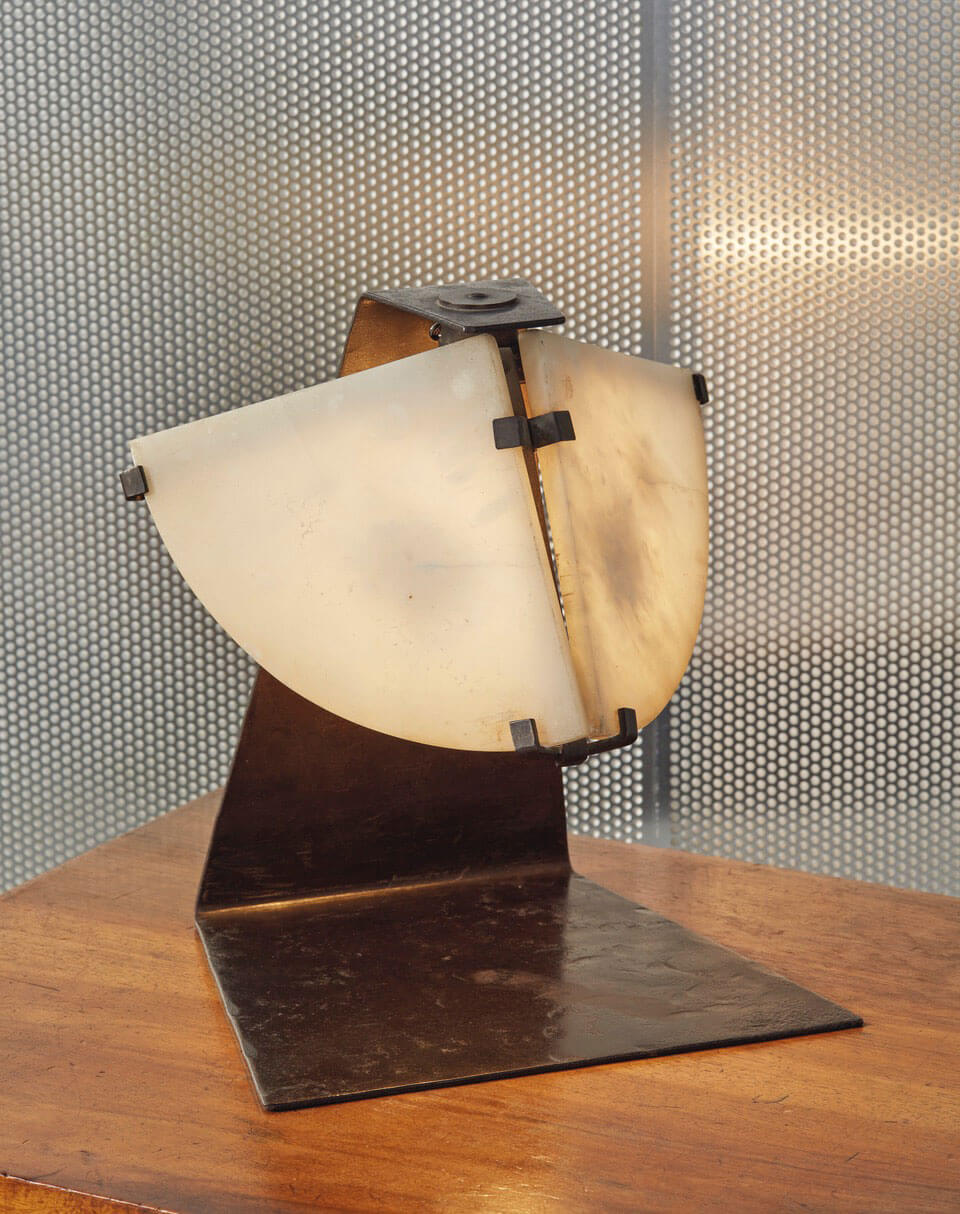 Although the market for modernist furniture pieces is not particularly strong at the moment, rare and iconic pieces never fail to attract the attention of collectors and these include the works of Pierre Chareau. In 2018 a metal version (circa 1923) of one of his most iconic creations, the ‘Religieuse’ lamp, sold for more than $2 million at Christie’s New York.

Pierre Chareau’s pieces of furniture are a product of craftsmanship and small-scale production. Most of them were produced for a little circle of clients with a strong interest in what would become the Modern Movement. The scarcity of his creations and the difficulties of tracing their history is reflected in the auction results. Considering the exceptional provenance, the lots for the current sale are sensibly estimated and reflect the current market prices. As Flavien Gaillard comments, “To be able to acquire iconic works with such a prestigious and direct provenance is extremely rare in 20th century design, particularly in the light of the interest in the secondary market that has arisen in the last decades.” 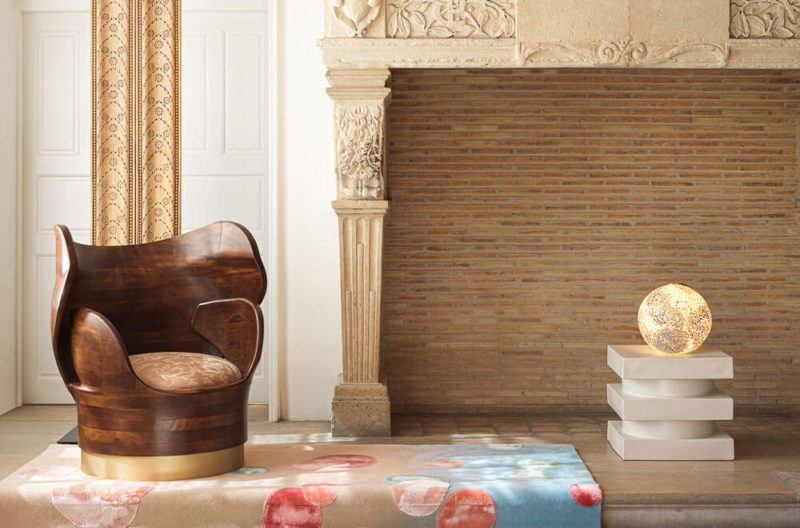 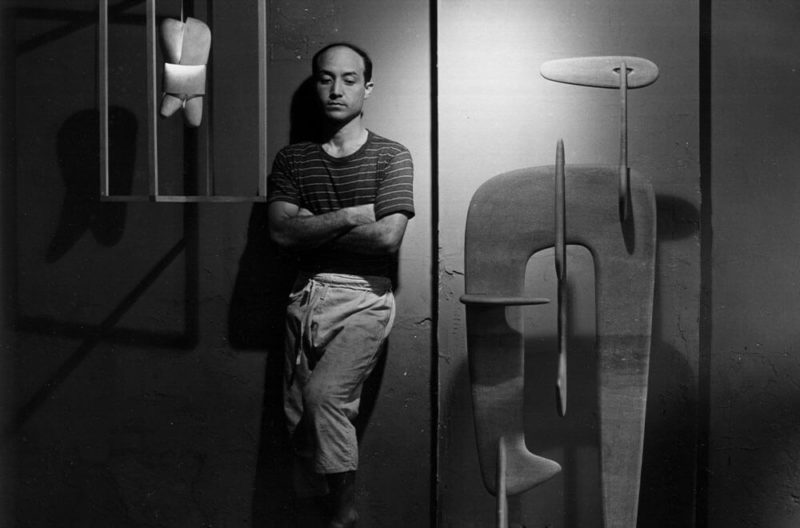 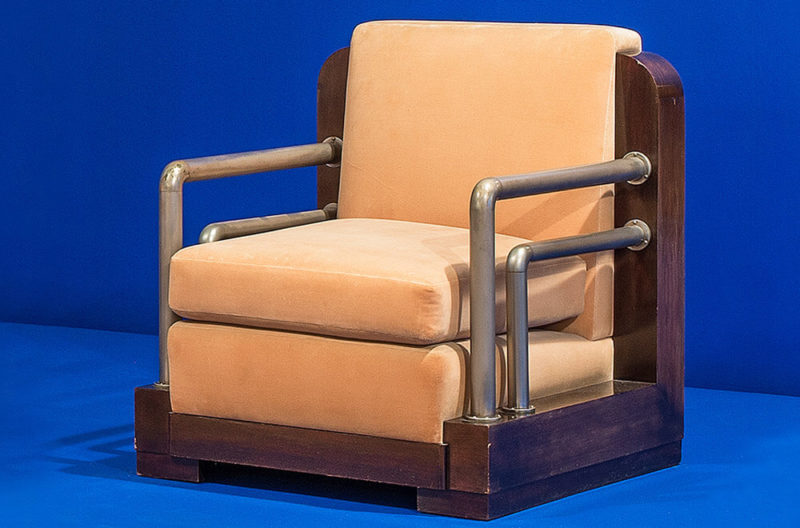 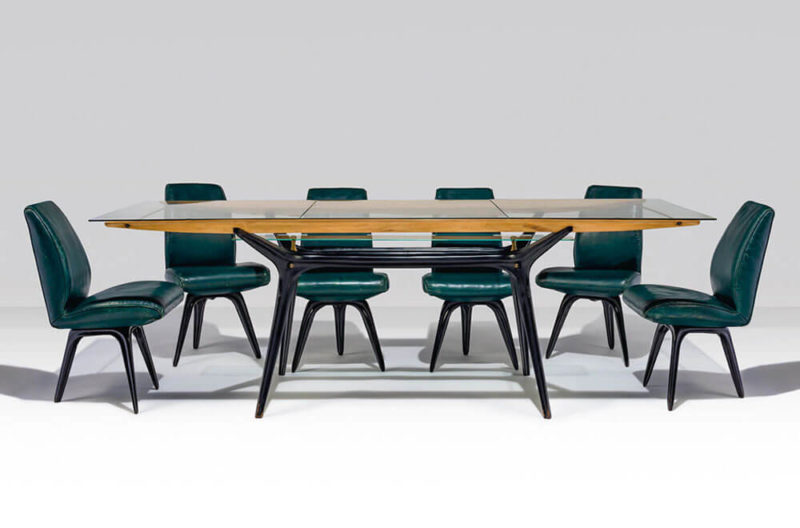