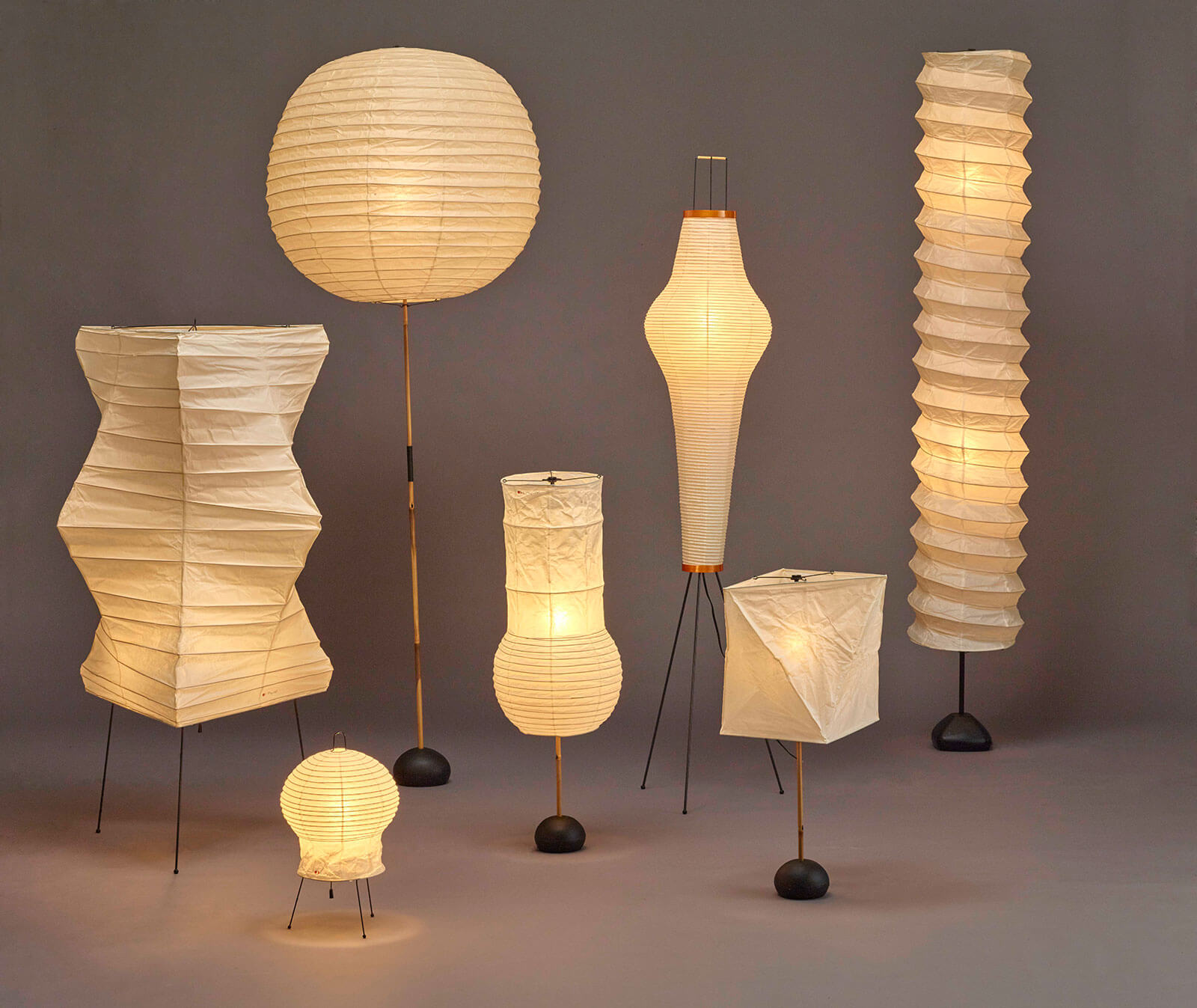 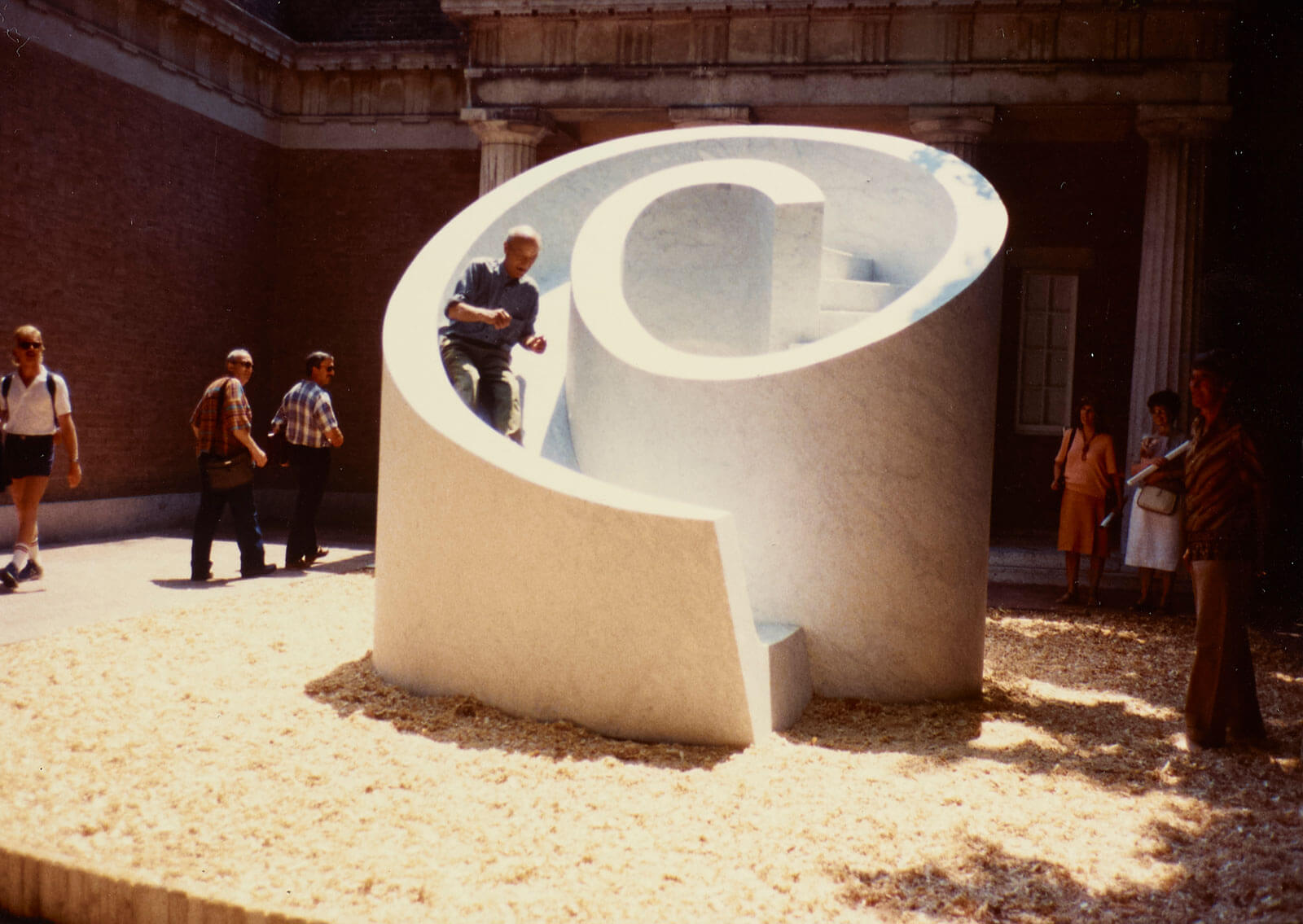 The polymath disliked being labelled a designer. “I am not a designer,” he once affirmed. “The word ‘design’ implies catering to the quixotic fashion of the time. All my work – tables as well as sculptures – are conceived as fundamental problems of form that would best express [the] human and aesthetic activity involved with these objects.” 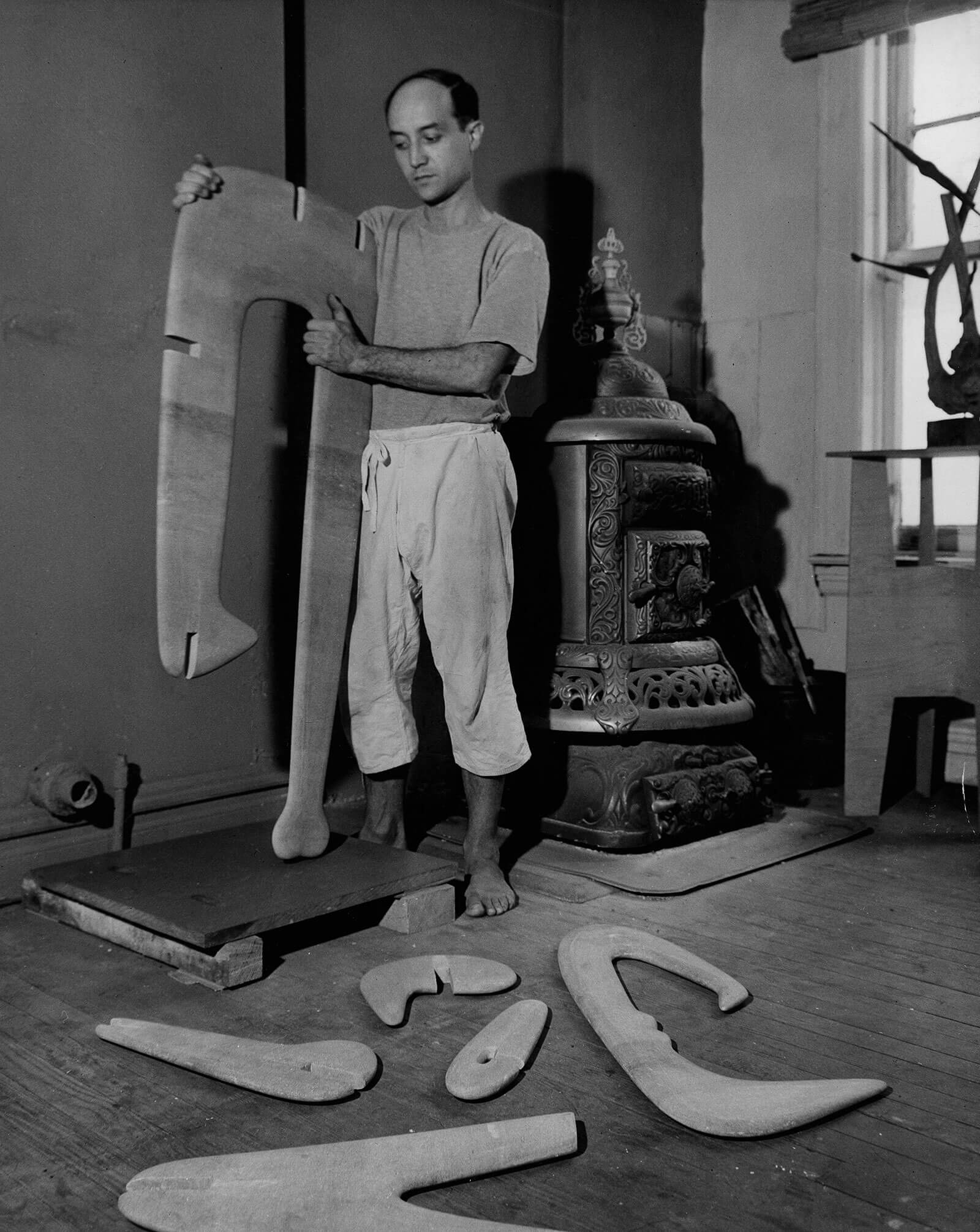 One reason for the exhibition is a growing interest in Noguchi’s work in Europe. Its pithy title – ‘Noguchi’ – suggests a familiarity with this multidisciplinary creative. Yet, despite belonging to a pantheon of celebrated mid-century designers, he has been under the radar here for decades.

“Noguchi has been underestimated,” says Florence Ostende, the show’s curator. “The Barbican has always wanted to do a retrospective on him. Other institutions felt the same way, namely Museum Ludwig in Cologne, Zentrum Paul Klee in Bern and LaM – Lille Métropole Musée d’art moderne, d’art contemporain and d’art brut – so we have joined forces with them to stage a touring exhibition.” 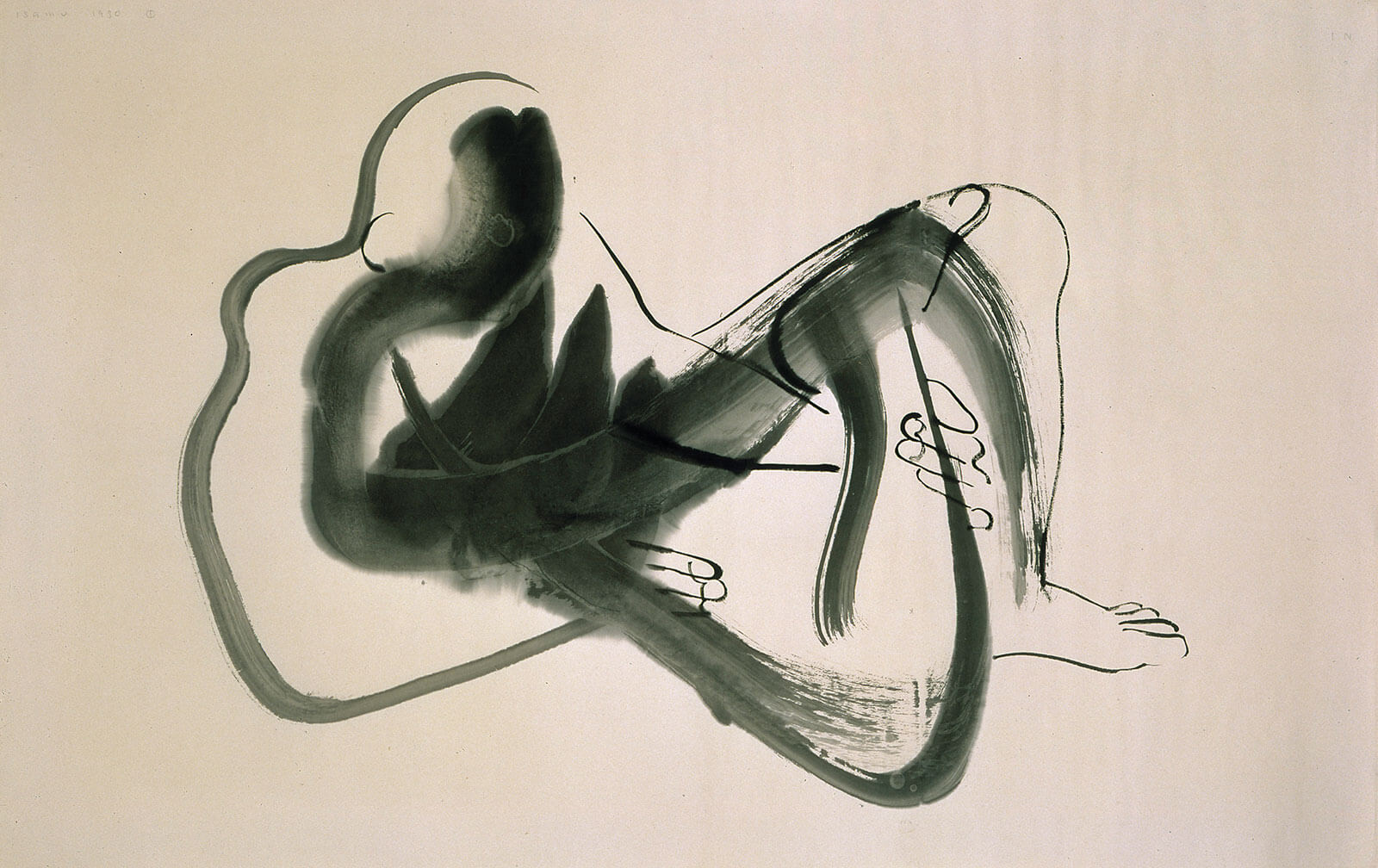 This brings together over 150 works, many lent by the Noguchi Museum in New York. “For years, Noguchi was better known in the US than in Europe, save for his ‘Akari’ lights, manufactured today by Vitra, and his set designs for choreographer Martha Graham,” says Dakin Hart, senior curator at the foundation. “He was a maverick, biracial, a globetrotter.”

Noguchi was born in Los Angeles to American writer and editor Léonie Gilmour and Japanese poet Yone Noguchi. His father ended the relationship with Gilmour before their son was born but, in 1906, he invited mother and son to visit him in Japan, only to cut ties with them soon after. From 1918, Noguchi went to school in Indiana, then attended Columbia University as a pre-medical student. In 1926, in New York, Noguchi, whose mother fostered his passion for art, saw a show of work by Romanian sculptor Constantin Brâncuși that inspired him to embrace modernism. 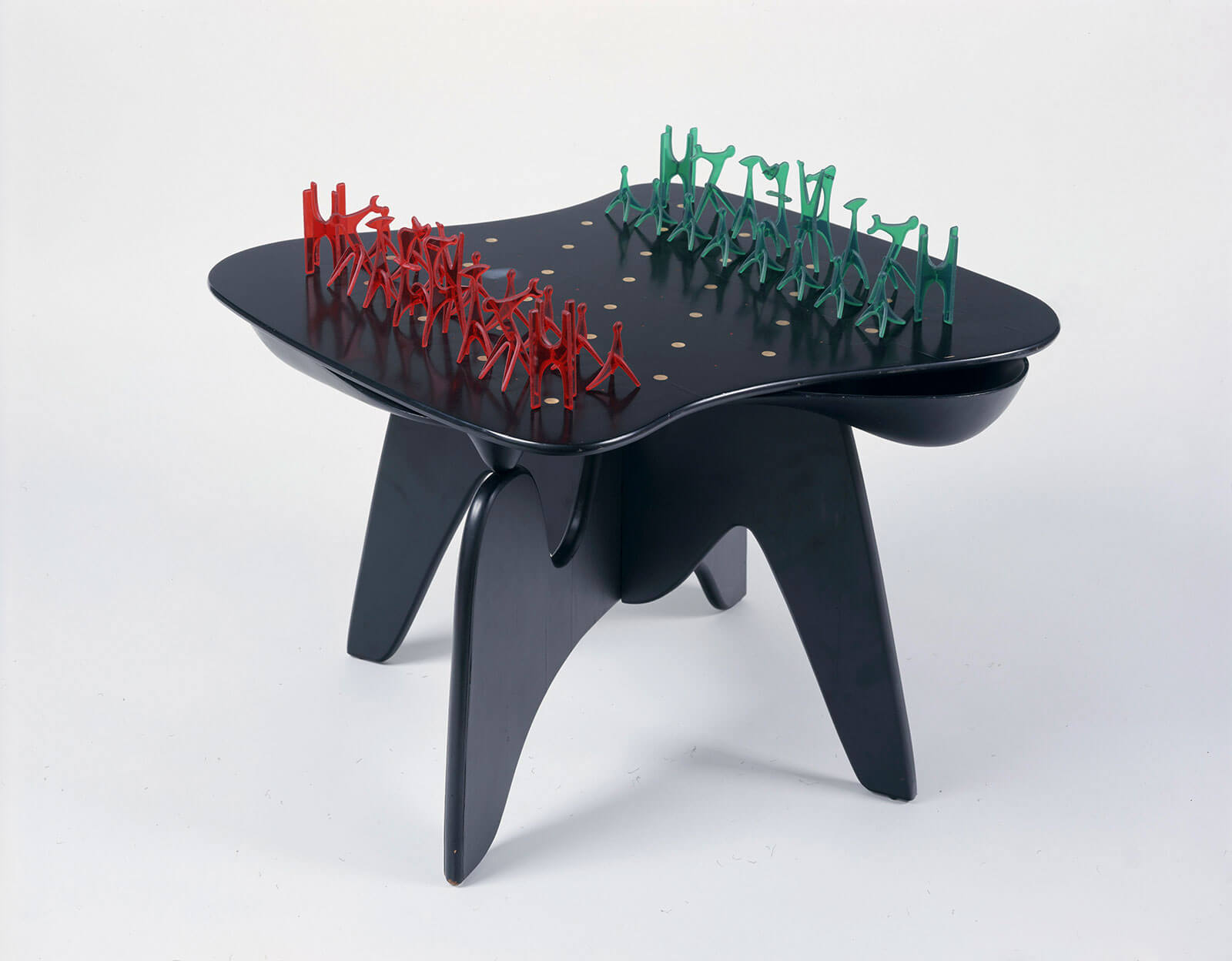 In 1927, Noguchi was awarded a John Simon Guggenheim Fellowship to travel to Paris, where he worked as an assistant to Brâncuși. In the late 1920s and 1930s, with money earned from commissions for representational bronze busts – his bread and butter – he travelled to Asia, Mexico and Europe. In the 1940s, Noguchi began creating biomorphic sculptures influenced by Surrealist artist Jean Arp. 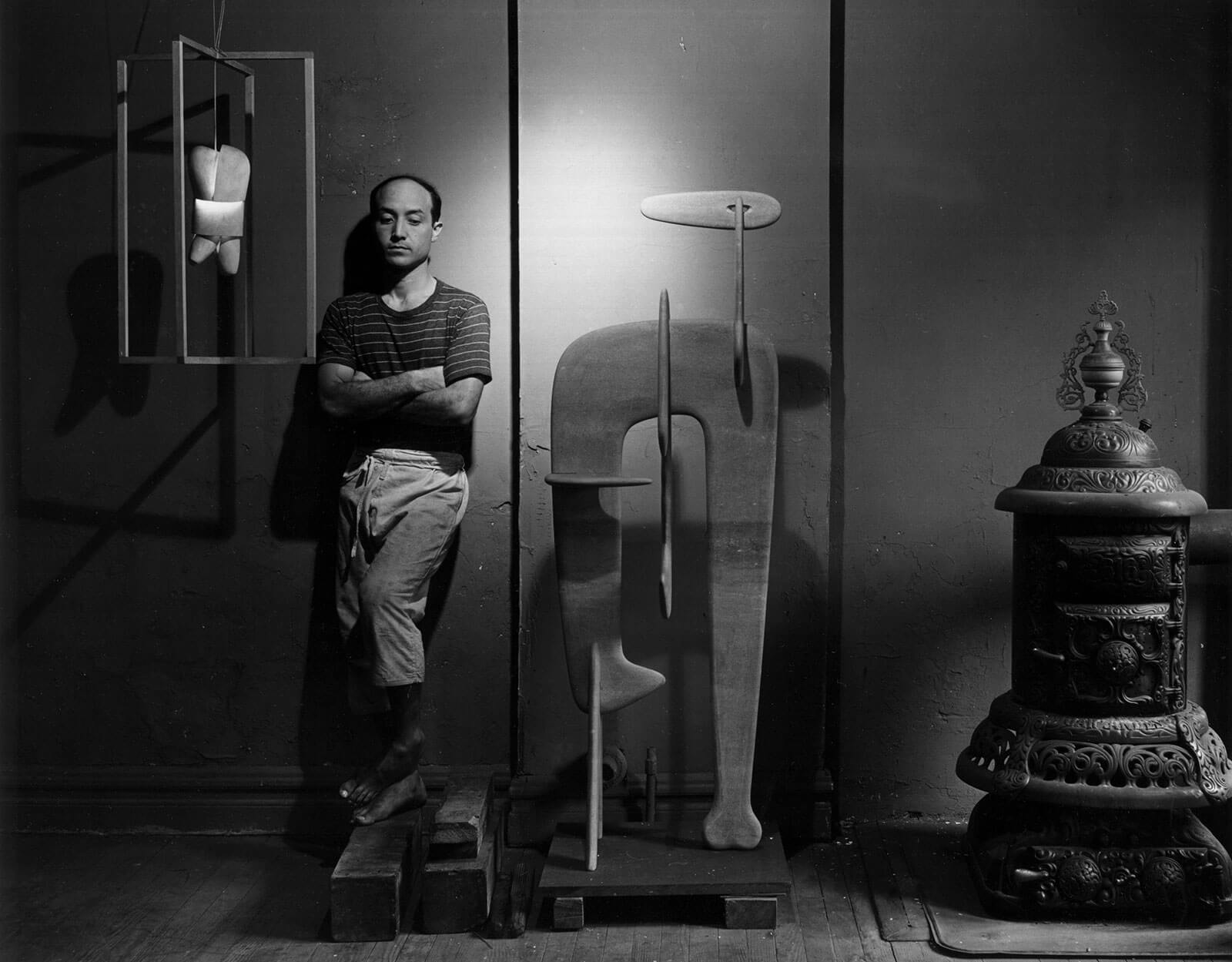 The Noguchi show has echoes of another Barbican exhibition curated in 2017 by Ostende, ‘The Japanese House: Architecture and Life after 1945’. Both were designed by Lucy Styles, and the Noguchi show promises to be very atmospheric, incorporating his illuminated, 1940s ‘Lunar’ sculptures – precursors of the ‘Akari’ lamps. 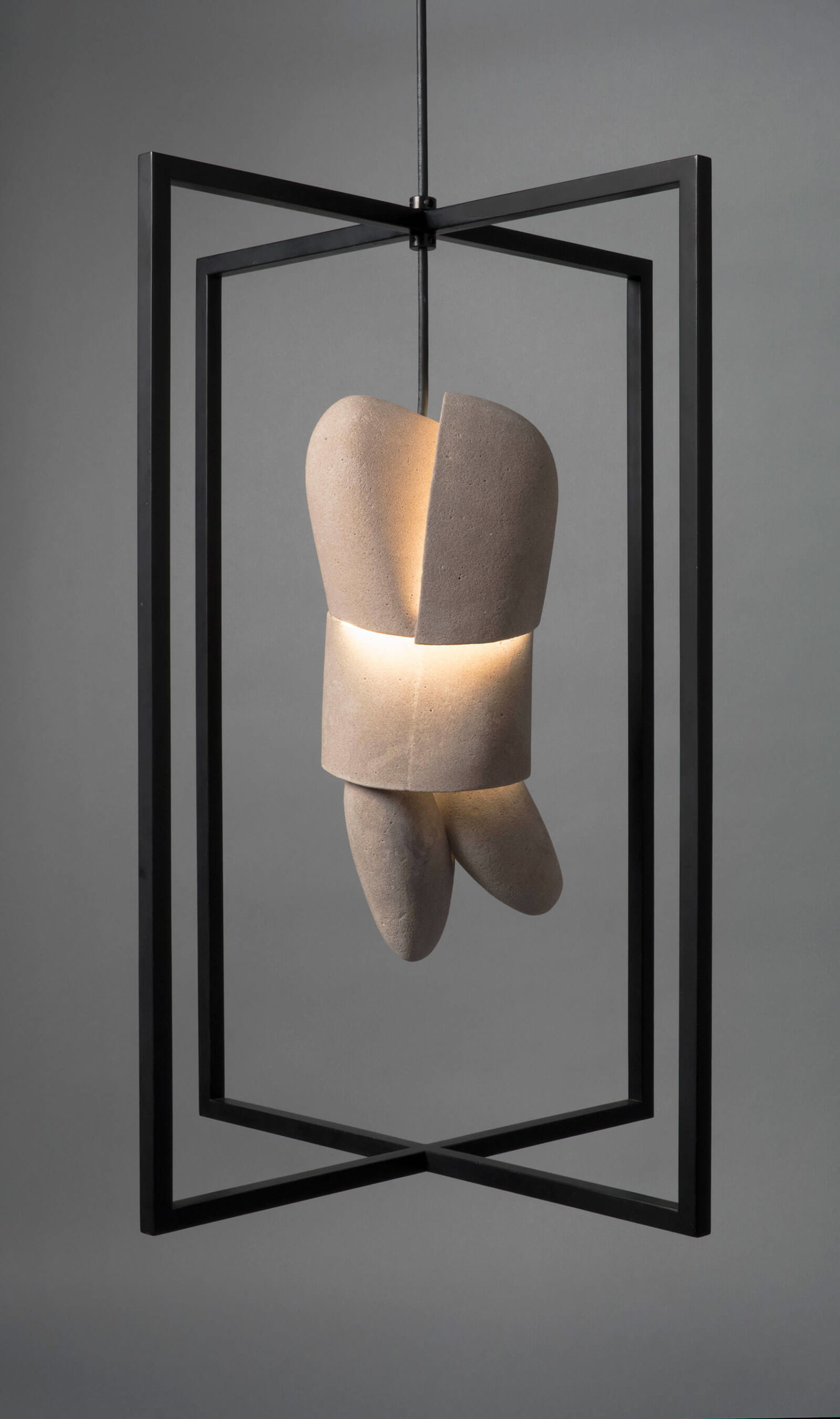 Noguchi dreamed up the lamps after visiting the town of Gifu in Japan in 1951. Borrowing from its tradition of crafting parasols and lanterns from bamboo and washi paper derived from mulberry bark, he fashioned ‘Akari’ – which means light in Japanese – from the same materials. Its simple shade proved protean in his hands, assuming myriad forms, from Brâncuși-esque totemic structures to egg shapes and cubes. Flat-packed and easy to transport, ‘Akari’ was appealingly practical, too. 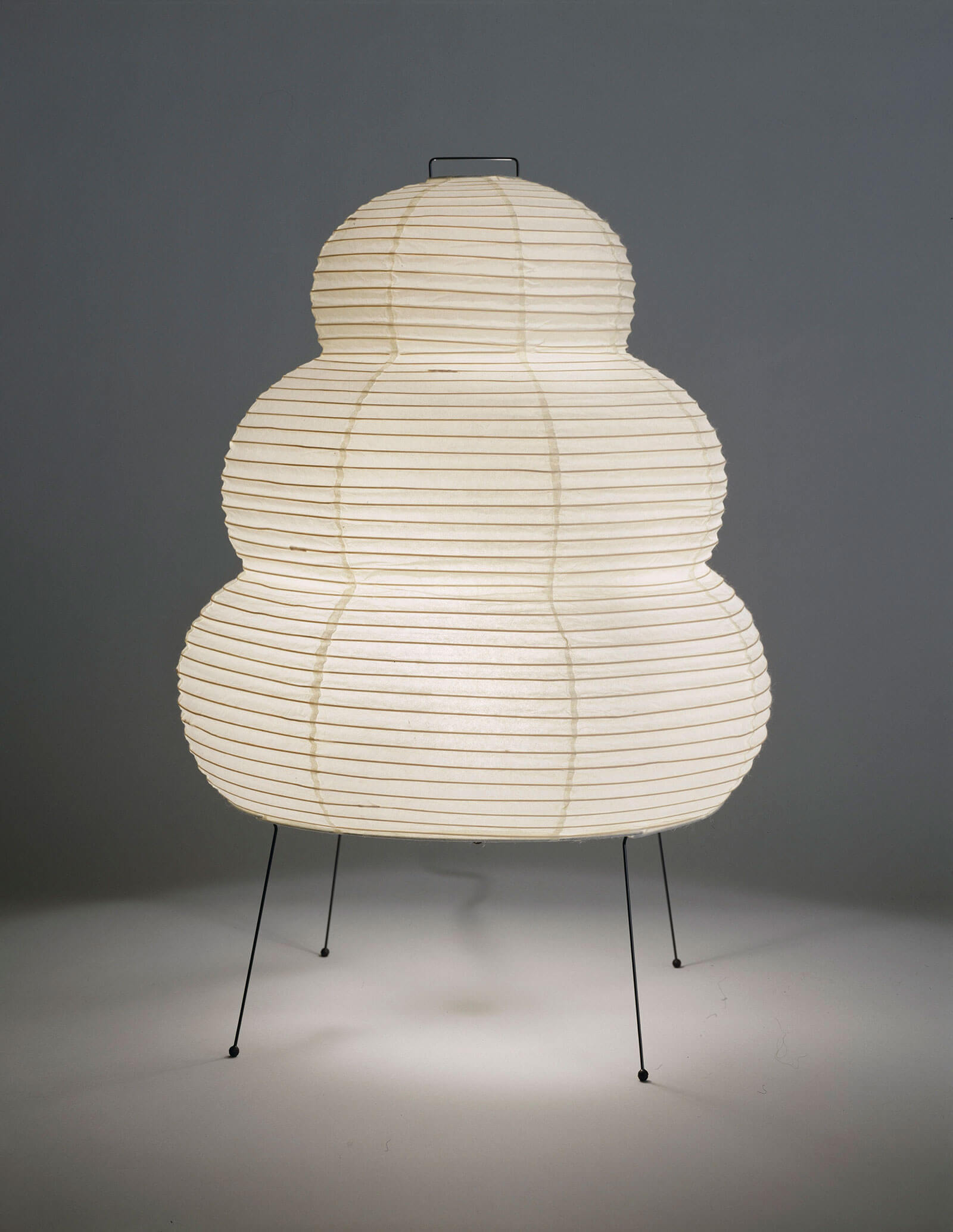 Noguchi’s mercurial approach was also reflected in his eagerness to experiment with other materials – wood, ceramics, marble, aluminium, steel and plexiglass. Almost as well-known as his ‘Akari’ lighting are his joyously ludic, often colourful playgrounds. He came to believe that sculpture should be tactile and interactive. Accordingly, his relatively compact sculptures eventually evolved into large-scale public projects – a seminal, albeit unrealised, example being his ‘Play Mountain’ of 1933. This mountain-shaped venue in Manhattan devoted to leisure would have boasted a pond, pool and facilities for skiing and swimming. 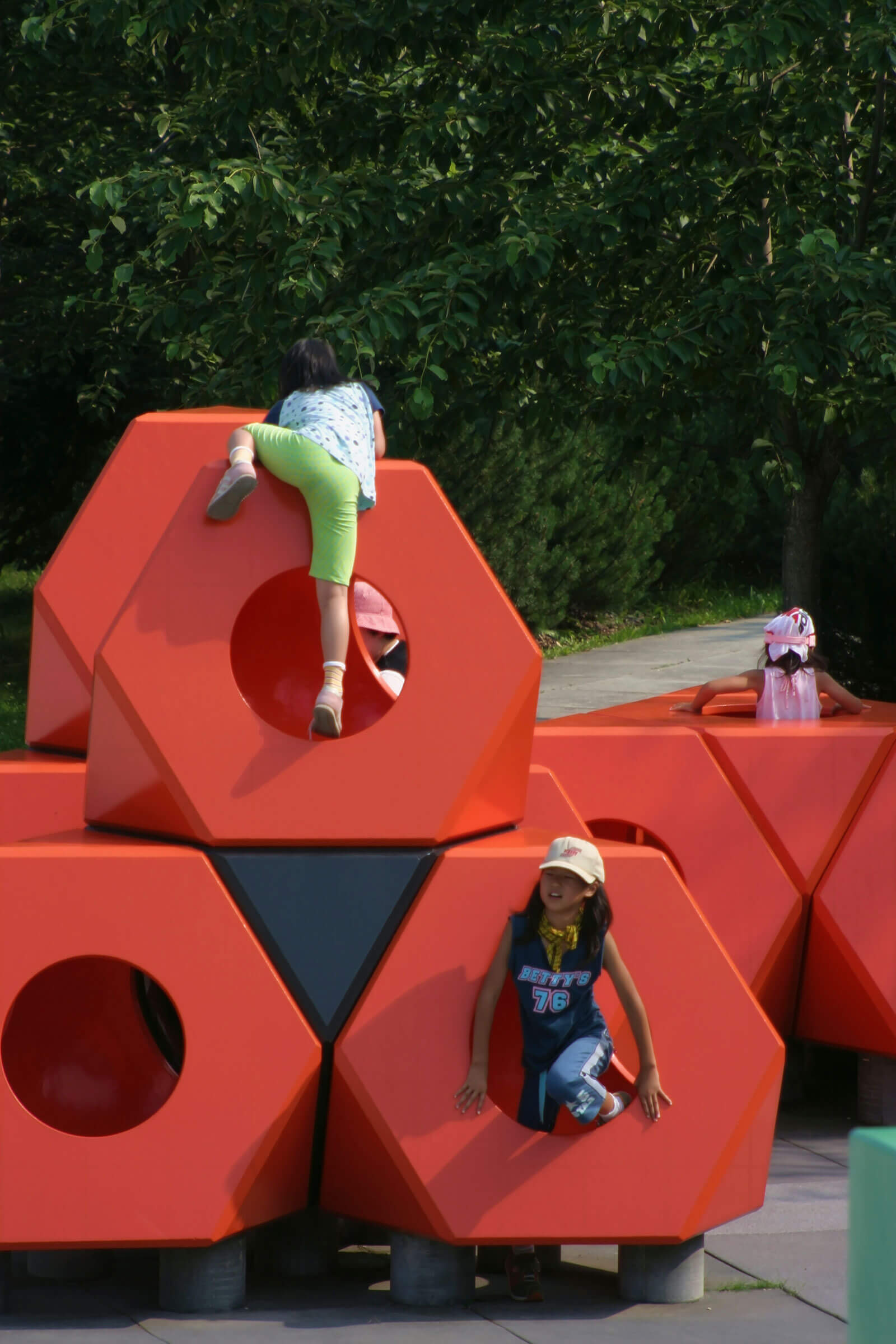 Noguchi’s multifaceted work was informed by his rapports with avant-garde figures. “The show looks into Noguchi’s interest in travel and his friendships, including with architect Buckminster Fuller,” says Ostende. Noguchi first met Fuller – and Graham – in 1929 at Romany Marie’s, a bohemian bistro-cum-salon in Greenwich Village, New York. Fuller had painted its walls silver. That year, Noguchi created a futuristic, chrome-plated bronze bust of Fuller. “Chrome-plating was a brand new technique used in the automotive industry,” says Ostende. “Like Fuller, Noguchi was interested then in technology, equating it with progress.” In 1937, Noguchi designed the streamlined ‘Radio Nurse’ with a Bakelite casing, the world’s first electronic baby monitor, manufactured by Zenith Radio Corporation.

Noguchi was hugely prolific, despite facing much adversity. Not only was he rejected by his father but he experienced discrimination and racism. The attack on Pearl Harbour in 1941 triggered anti-Japanese prejudice in the US, resulting in many of its Japanese citizens being incarcerated. Although exempt from this, the following year he voluntarily entered an internment camp in Arizona where he proposed to design parks and recreational areas. It was a fiasco: the camp administrators regarded him as a troublemaker, while internees suspected him of conspiring with the administrators. 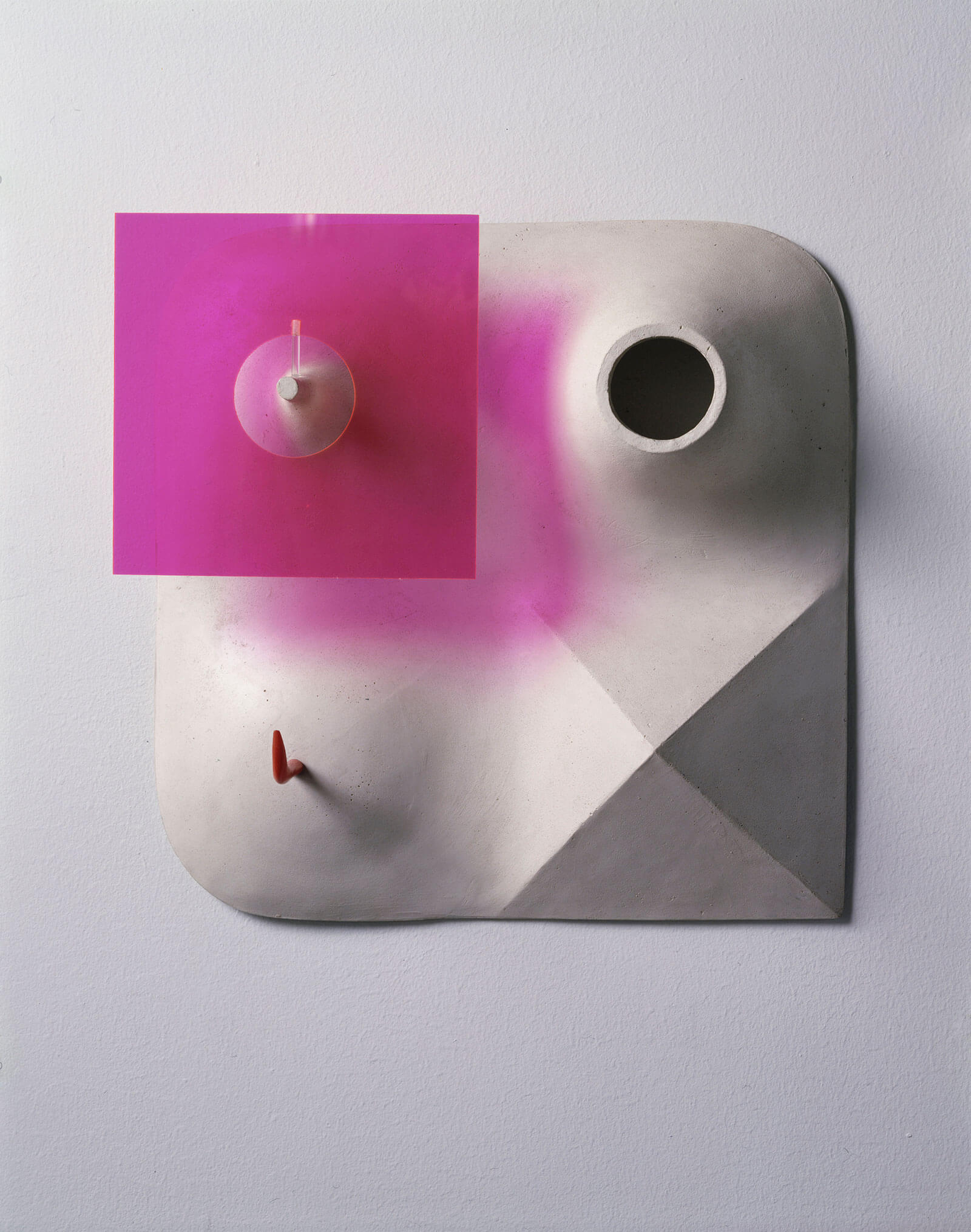 His postwar projects included sets for many of Graham’s ballets, the Adele Rosenwald Levy Memorial Playground in New York, co-designed with architect Louis Kahn from 1961 to 1966, and his 1982 Memorial to the Dead in Hiroshima.

So why is the formerly unsung Noguchi widely admired today? “He is relevant because the white, macho male canon of art is being exploded, and his multidisciplinary approach is recognised as a prototype of contemporary art and design practices,” avers Hart. “Many in the design world now view him as a model, from Jasper Morrison to John Pawson.” 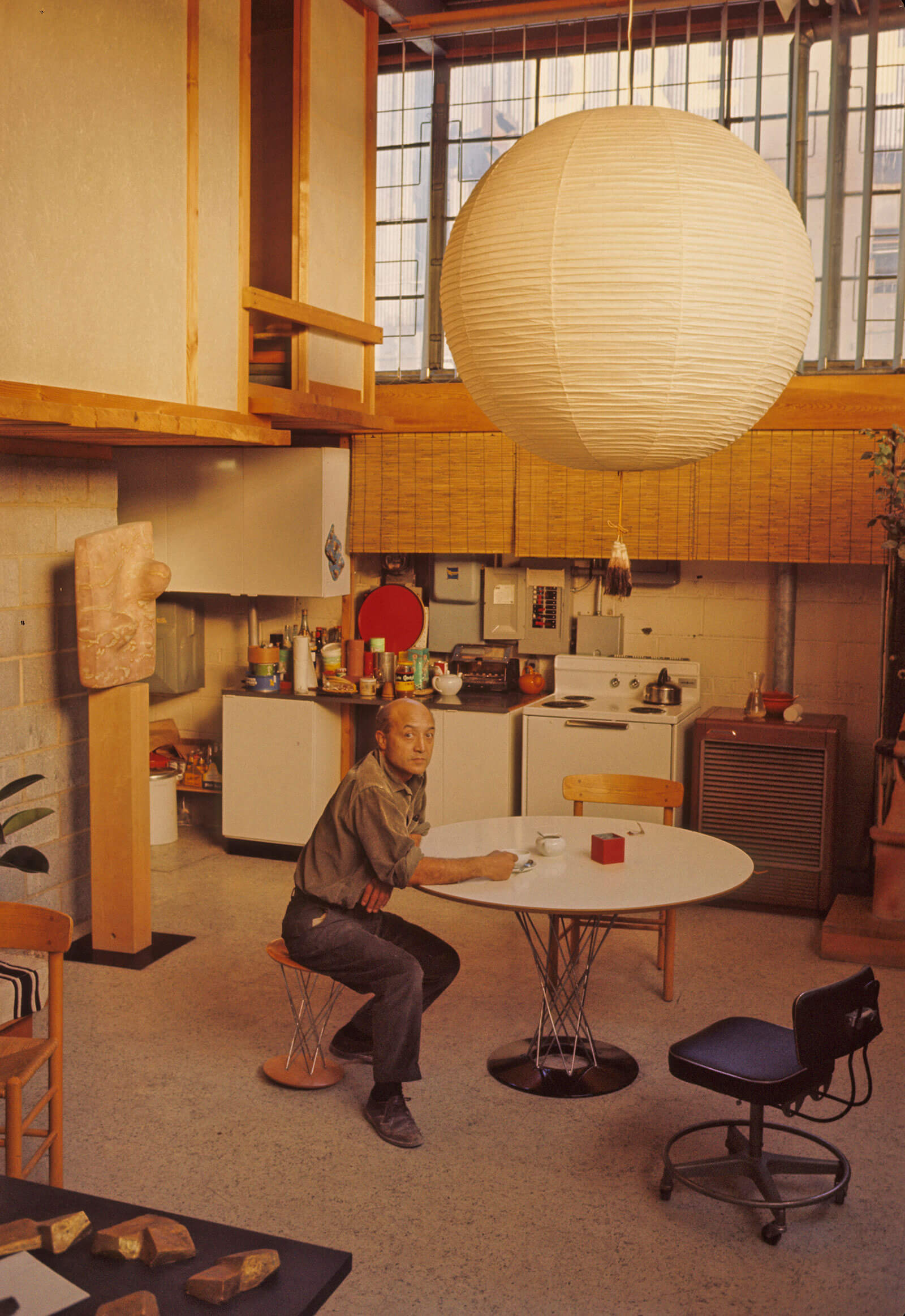 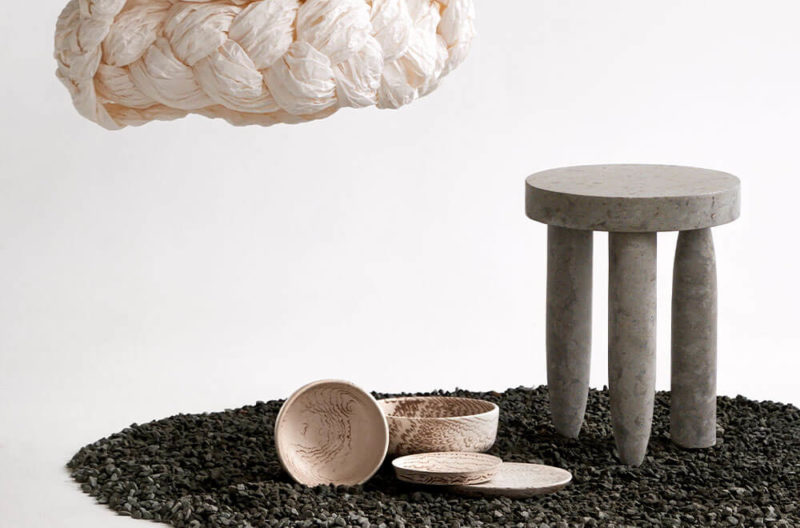 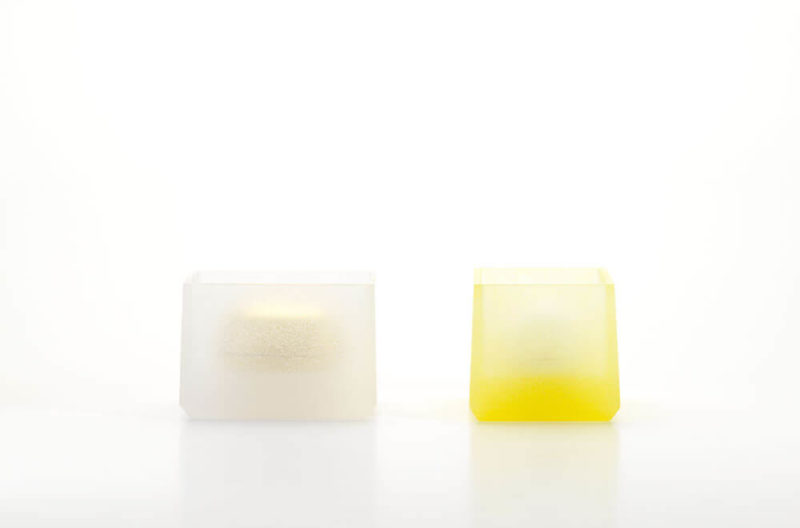 Odd and Even: A contemporary curation of sculptural objects set within the light-filled modernist interior of Maison Louis Carré.

Detroit Month of Design: Playing a part in rejuvenating the Motor City through design and innovation. 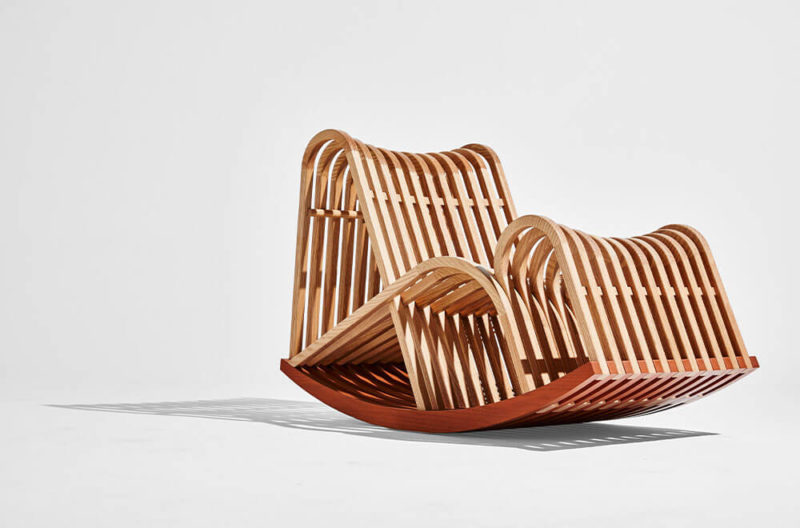