THE FIRST WEEK in May in New York was a busy one for collectors, with events spread across venues and neighbourhoods, and increasingly overlapping — a reflection of the disappearing barriers between categories of art, craft and design. While fine-art followers shuttled between a handful of fairs around town, not to mention pre-sale showings at the major auction houses, design aficionados could focus on just two events; fairs so different as to be virtually noncompetitive. TEFAF at Manhattan’s Park Avenue Armory, the 3rd New York edition of the venerable Maastricht fair, presented high-end art and design in individual dealer spaces, while upstart Object & Thing, a first-time show at the 99 Scott event space in Bushwick, Brooklyn, offered conservatively-priced pieces in a single, integrated presentation … and sold them online. 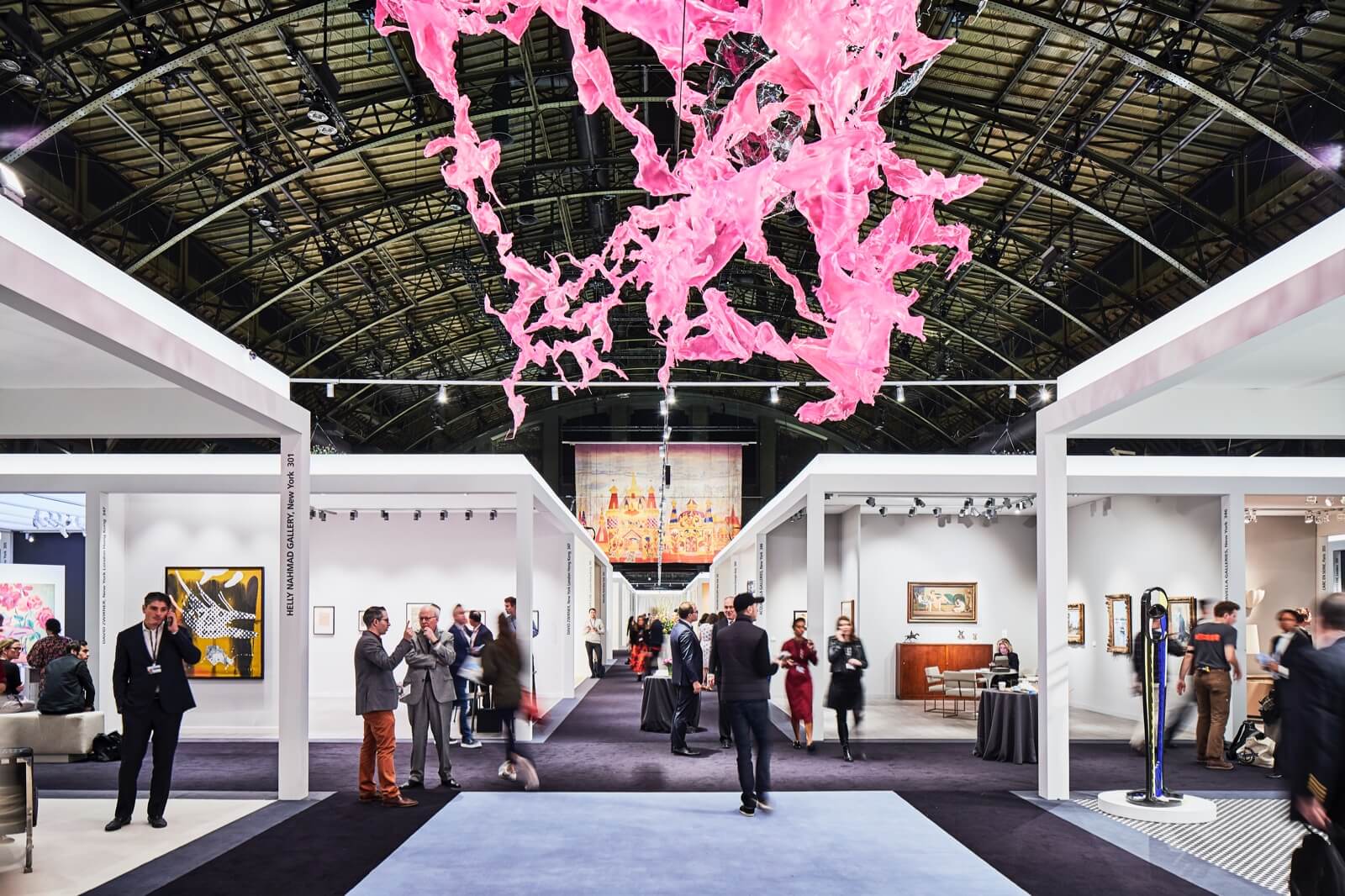 The attendees at each preview day accentuated the contrast: TEFAF, the most prestigious and probably the best-looking fair in the country, filled the Armory with a stylish, moneyed crowd of connoisseurs, collectors, and cultural cognoscenti; while Object & Thing, situated in a hip, arty neighbourhood, drew a noticeably younger, more casually-dressed group of visitors, along with design show regulars checking out the new game in town. 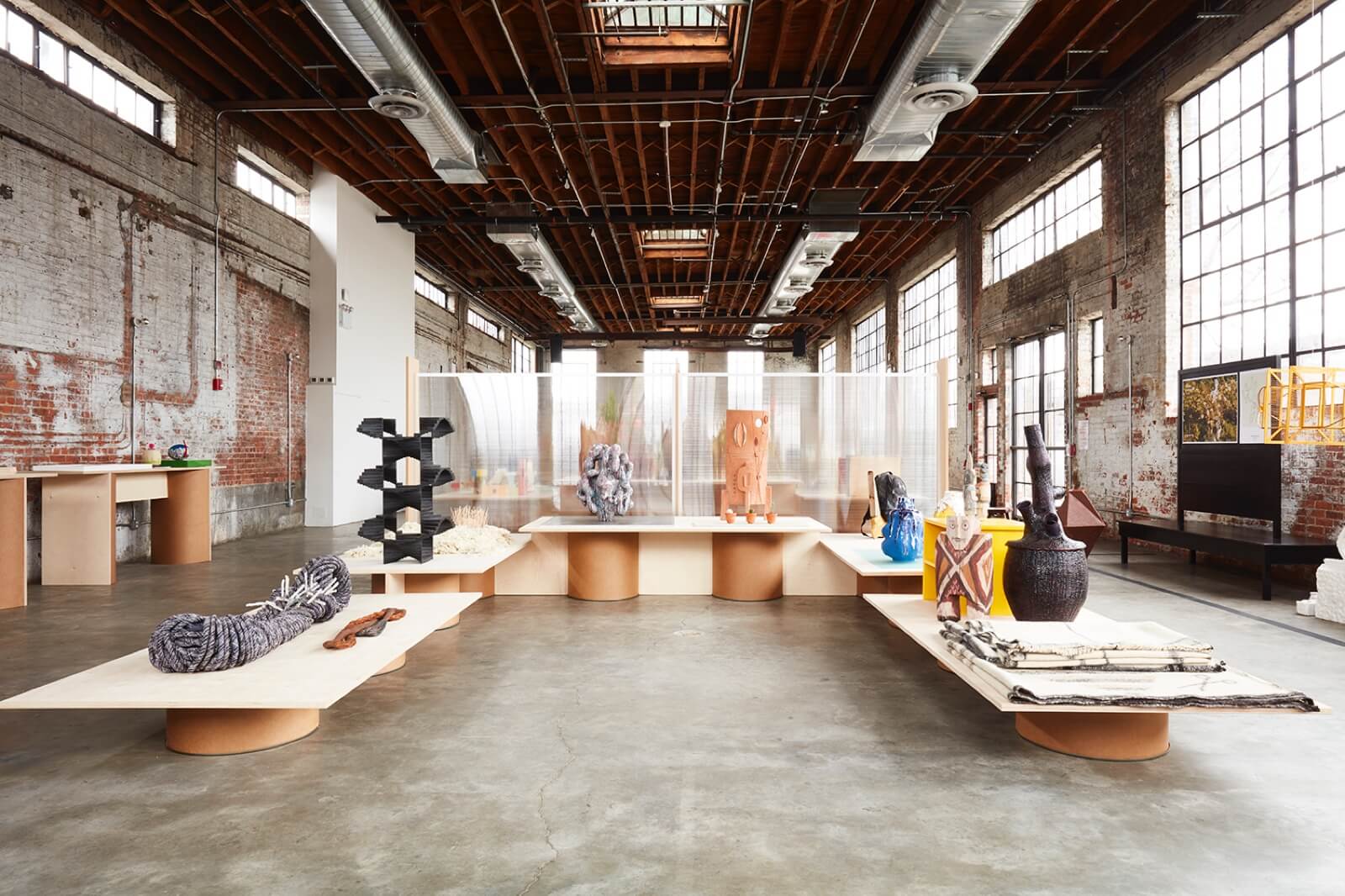 TEFAF for Spring 2019 ran from 3rd – 7th May was even more diverse than previous editions, with participants including leading galleries from Europe, Asia, and America. There were 93 exhibitors in total, of which 13 were new to the show. Dealer presentations in the period rooms of the Armory, as well as the customary Drill Hall booths, provided elegant backgrounds for blue-chip offerings at blue-chip prices – the oft-cited top lot was a $50-million Gauguin painting. Decorative arts objects however – such as a Wendell Castle sculptural settee at Friedman Benda, and a semicircular duraluminum Ruhlmann desk at Vallois – also targeted the high ends of their respective markets. 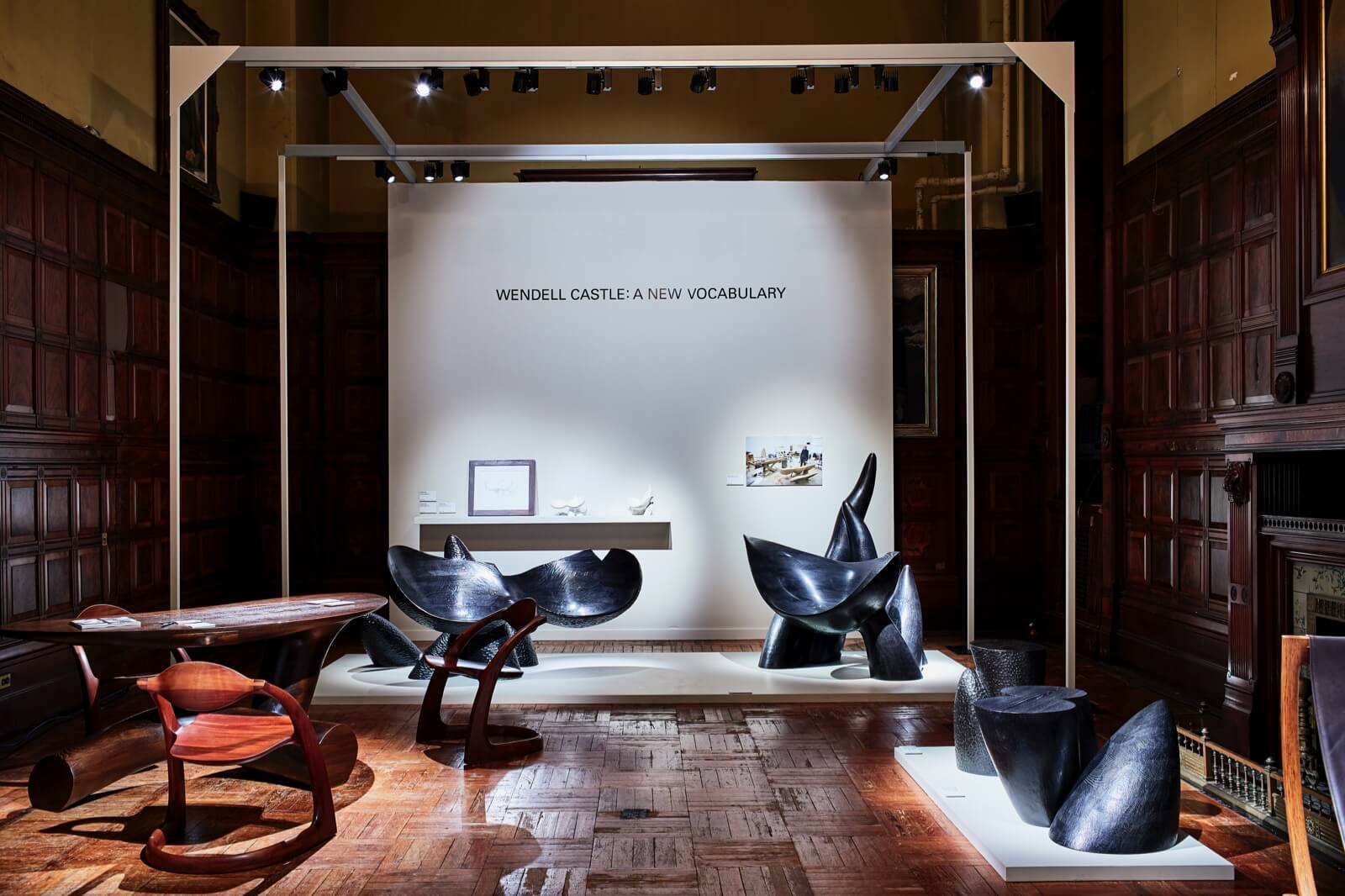 Works on offer spanned centuries and crossed categories, from ancient artifacts to museum-calibre paintings, African sculpture to extravagant diamond-and-gemstone jewels, mid-century furniture to brand-new design-art, reflecting the fact that collectors no longer restrict themselves to a single period, style or medium. 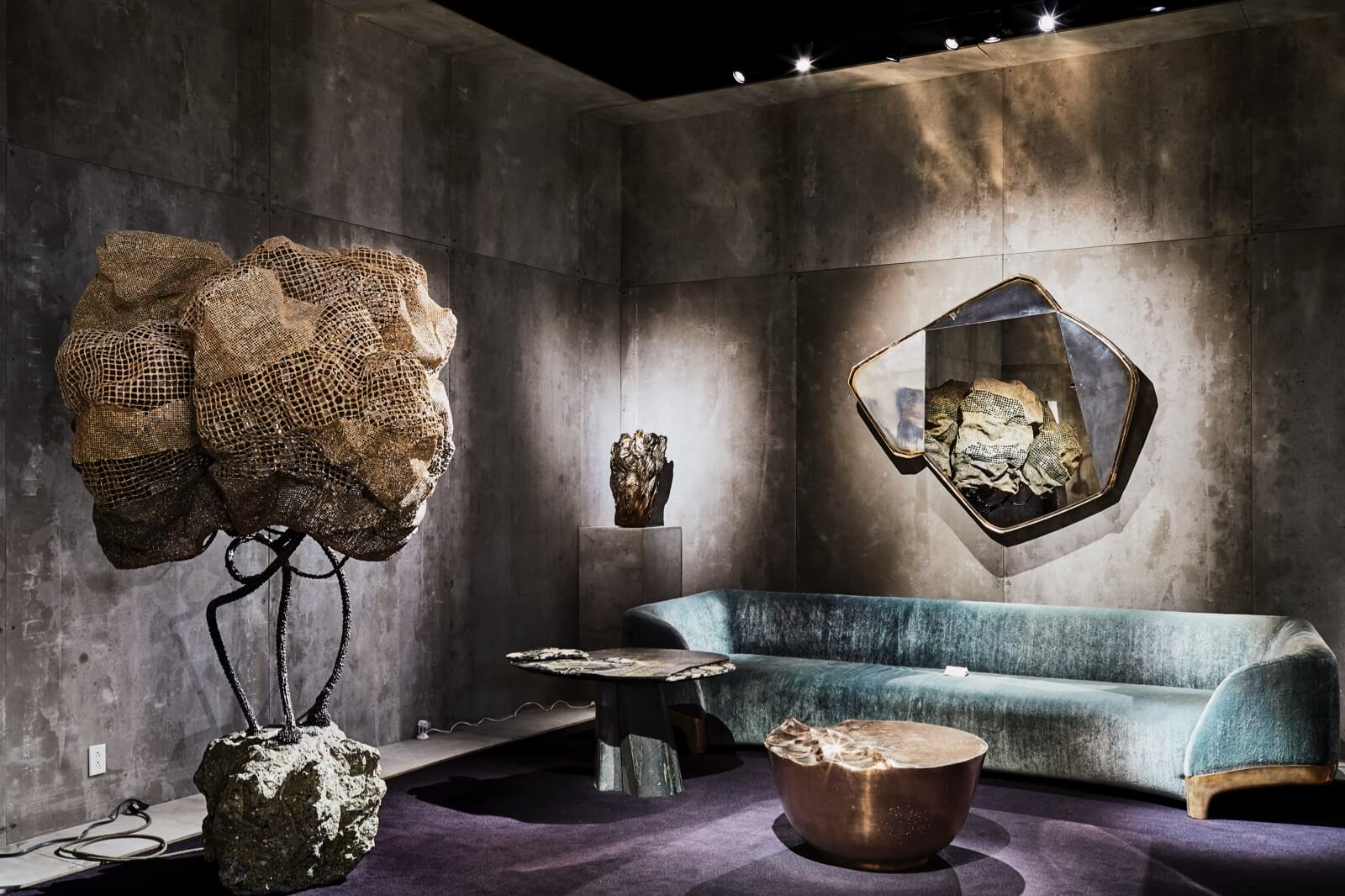 Paralleling the direction of the marketplace in every category, TEFAF’s promotional materials promised a “focus on modern and contemporary art and design”, and much of the material on view dated to the current century. The cohort of design galleries, whose offerings stood up well alongside masterpieces presented by their fine-art neighbours, included Demisch Danant, Friedman Benda, Nilufar, Carpenters Workshop, Hostler Burrows, Galerie Kreo, Laffanour-Galerie Downtown, Modernity, Dansk Mobelkunst, Jackson, Vallois, and Axel Vervoordt. 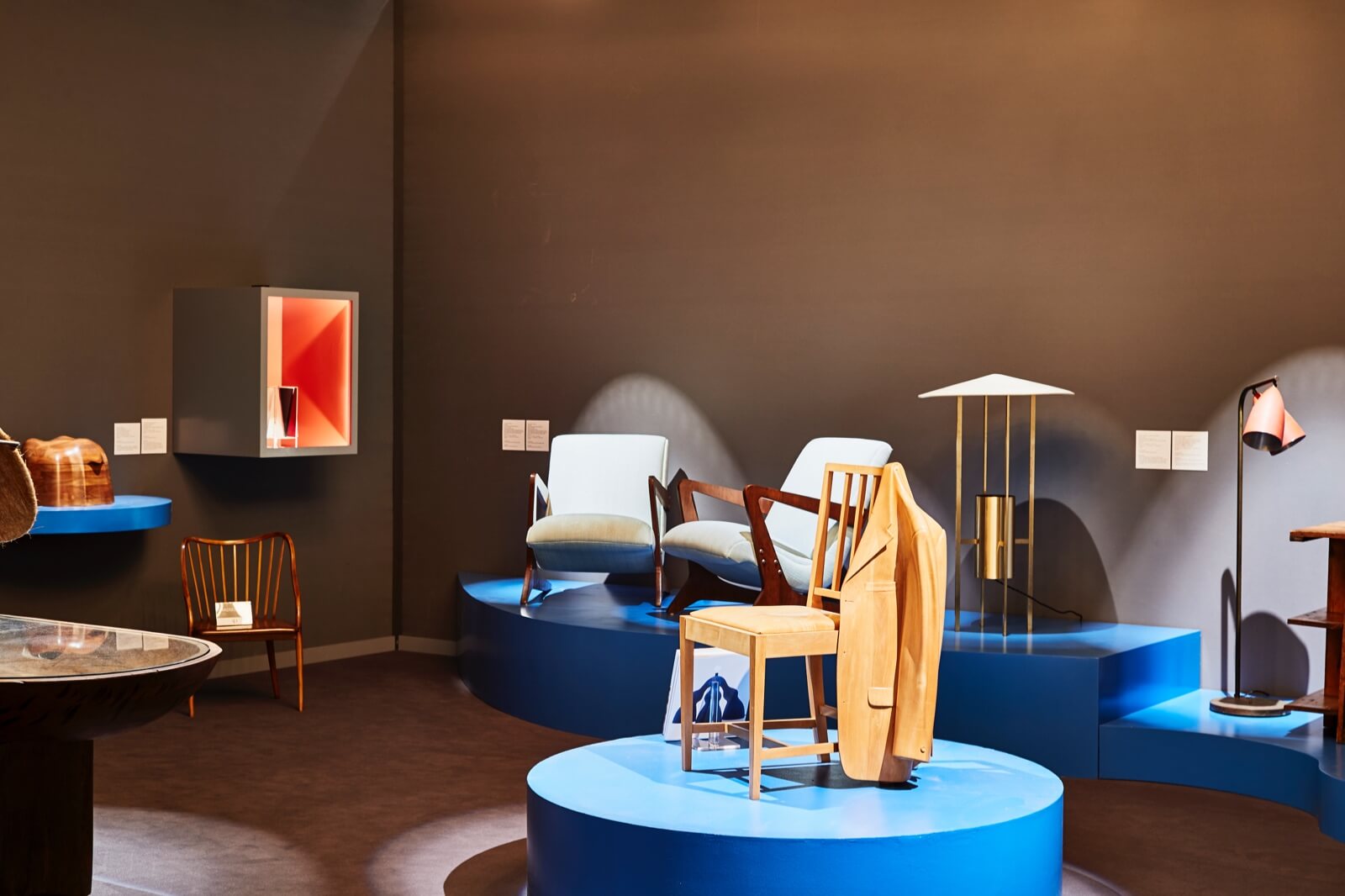 The provocatively-named Object & Thing, from 3rd to 5th May,  thumbed its nose at elitism and the conventional trade-show model. It was the brainchild of Abby Bangser, a former artistic director of Frieze Art Fairs, who decided to level the playing field between art and design by focusing only on objects, which could be made by both artists and designers. Enlisting an advisory committee of experts including curator and scholar Glenn Adamson, designer Martino Gamper, gallerist Jeanne Greenberg Rohatyn, and editor and collector Armand Limnander, she recruited 32 top-level art and design galleries – including R & Company, Rossana Orlandi, Salon 94, Patrick Parrish, Friedman Benda and Magen H – who contributed a total of 200 contemporary objects to be offered for sale. The mix included works from famous designers like Gaetano Pesce, Misha Kahn, Katie Stout and Faye Toogood, artists like Donald Judd and Judy Chicago and many less-iconic talents, in a diverse assemblage of materials, styles and sizes, though virtually all were small enough to pick up and carry – should the buyer so desire. They ranged from small ceramics and ornaments, to artist games to quirky seating pieces – all imaginatively arranged by designer Rafael de Cárdenas into a series of tasteful tabletop displays on white platforms on the 5000-square-foot exhibit floor. 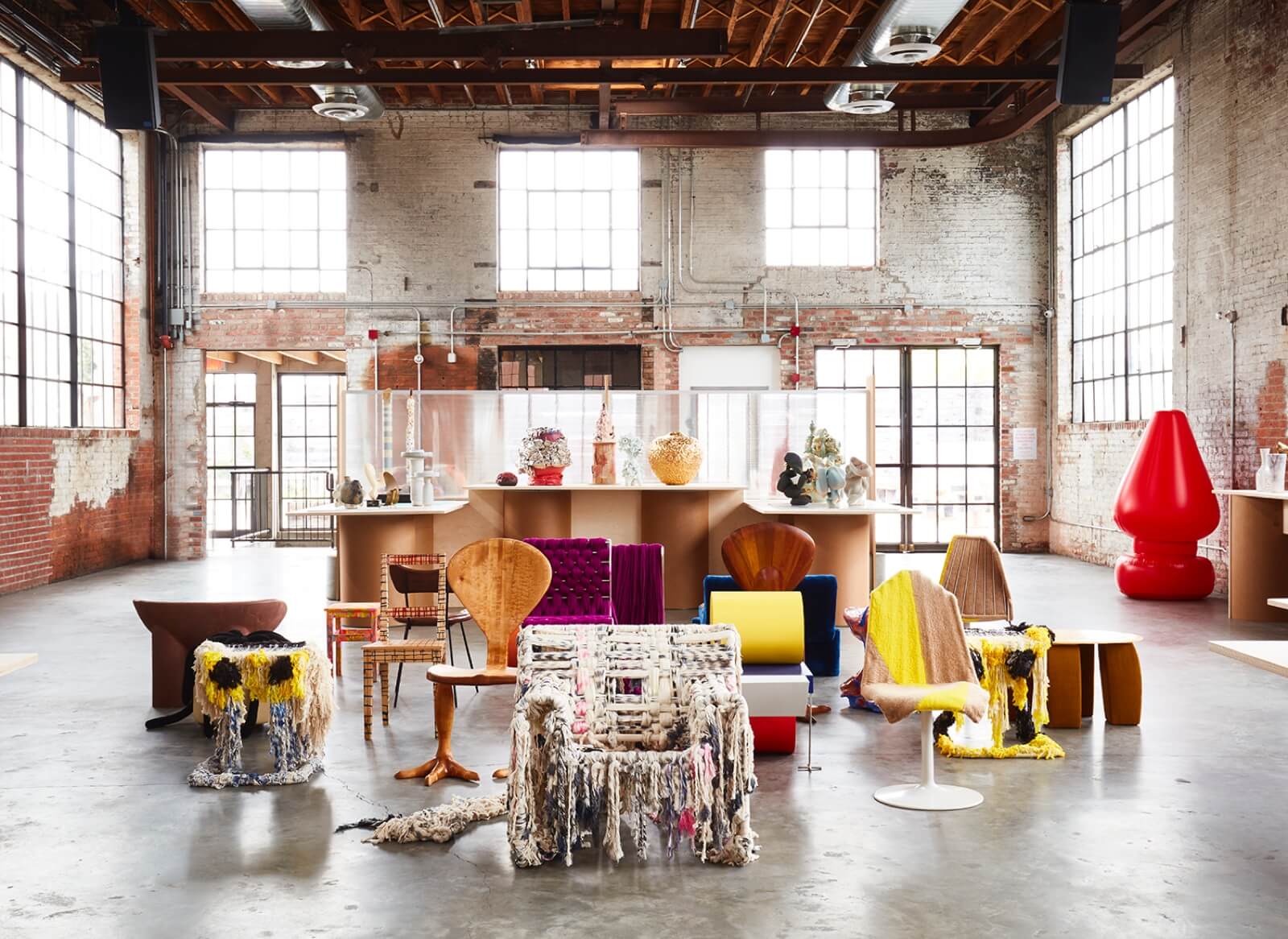 The light-filled venue, a one-time warehouse turned event space, had a pleasant, industrial-chic vibe, though the loft-like, high-ceilinged surround muted the impact of the otherwise well-designed (and Instagram-friendly) presentation. Prices ranged from $950 for a ceramic vessel, to about $50,000 for a Hopi pendant. Rather than paying for space, dealers received a percentage of sales, and in another radical innovation, all transactions were done online, even for buyers shopping in person. The offerings could be previewed online a week in advance, but actual selling began when the show opened.

According to Bangser, Object & Thing hit its targets, drawing 3,000 attendees in a variety of categories from serious collectors to first-time shoppers, as well as curators, critics and writers. Among the mix were art-world denizens who wouldn’t normally attend design fairs and vice-versa. Daily speaker programs drew standing-room-only crowds, despite occasional heavy rain and the weekend slowdown of the nearby L subway line. Banser reported good sales, with calls continuing to come in asking about availability of objects after the show ended. “It’s a brand-new model,” she said, “and from all the response, it’s a good model to pursue.” Bangser is currently considering launching an online-only sale, as well as repeating the exhibition format. 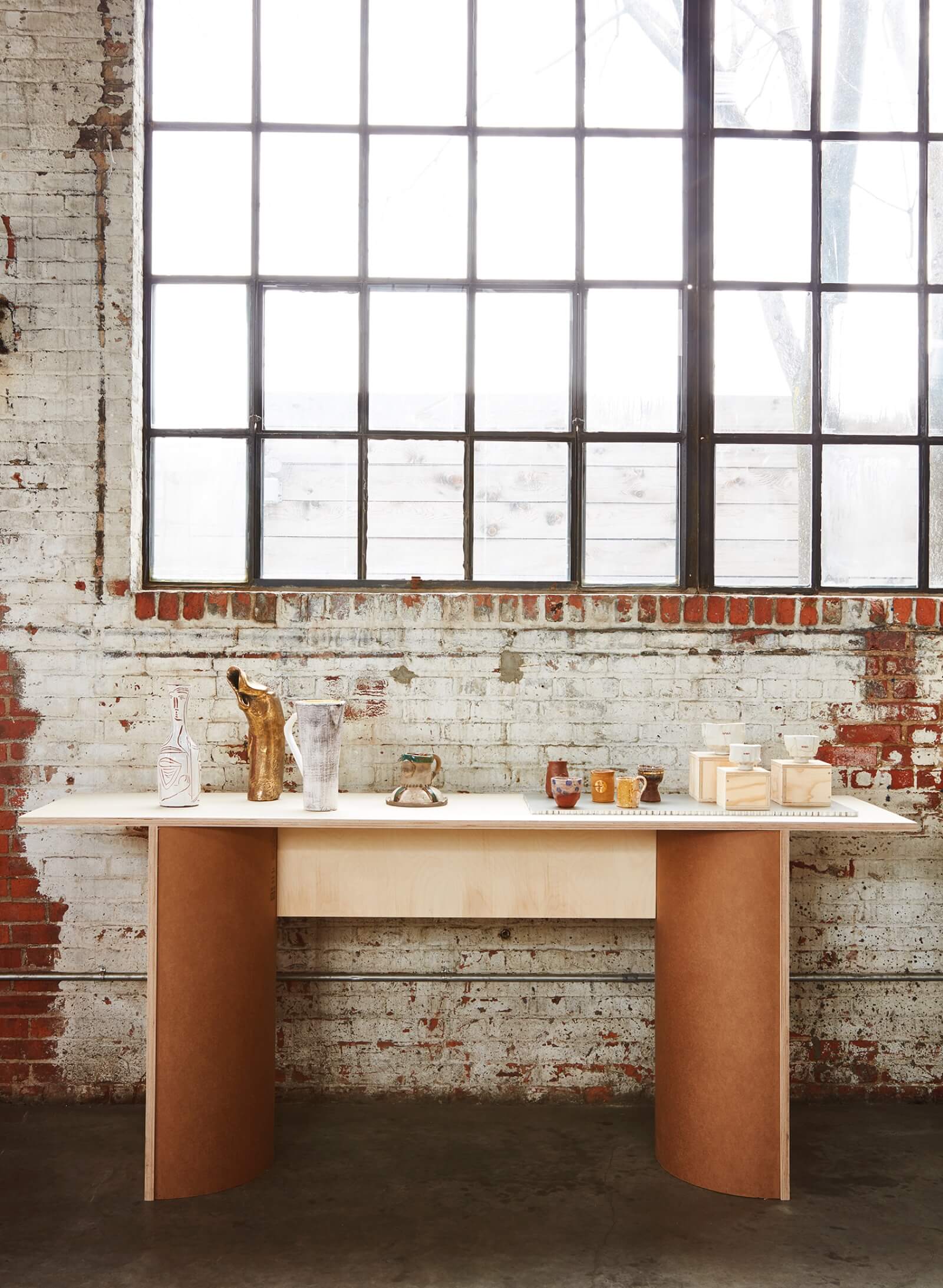 It remains to be seen how far the market for art and design can expand, since even most of the conservatively-priced objects are still beyond the budget of the average shopper, but the new venture is welcome as a way to develop broader interest in handcrafted artisan goods, and an appreciation for the merit of the unique, as opposed to the mass-produced. And in creating an ambiance that’s approachable rather than intimidating, it can only benefit the participating galleries, by attracting a broader base of potential (or aspiring) clients.

As for TEFAF, attendance was strong, good sales were reported, and dealers were optimistic about the future. Notwithstanding continuing – and increasingly frustrated – complaints about the proliferation of large (and costly) fairs, these events still generate a good part of the year’s business for many dealers. For collectors, they offer a sociable atmosphere plus the convenience of one-stop shopping; it’s easier to visit TEFAF (or one of the other major international fairs) than to travel to several countries, many cities, and dozens of galleries. So it would seem that, at least for the time being, marketing high-end art and design isn’t going to change very much.