CALLING A DESIGN childlike would seem pejorative … but not according to the curators of a winning exhibition this March at A/D/O, the creative space in Greenpoint, Brooklyn. Architects Justin Donnelly and Monling Lee, partners in design firm JUMBO, planned Neotenic Design to celebrate a category of objects that evoke the same fond feelings we have for babies, puppies or kittens. Invited to design an installation for A/D/O’s ‘Member Spotlight’ series, they decided that the preponderance of ‘cute’ furniture introduced over the past decade was more than coincidental. They identified three characteristics usually considered juvenile: thickened forms, soft or rounded edges, and mono-materials (only one, or two in the same colour) and collected designs that share those characteristics, displaying more than two dozen of them on rounded, stepped platforms that formed an inviting and smile-inducing display inside the airy converted-factory space. Donnelly and Lee have explored the neotenic concept in their own work. The exhibition, they said, was an opportunity to explore their ideas in a broader context and to see how broad and diverse its influence had become. The international roster of designers represented included Faye Toogood, Pierre Yovanovitch, Front Design, Konstantin Grcic, Jaime Hayon and Chris Wolston.

Among the most inviting pieces were Yovanovitch’s huggable ‘Baby Bear’ chair, a ‘Chubby Chair’ by Jack Rabbit Studio, a fuzzy ‘Anomaly’ seat by Front, and Grcic’s oversized smiling ‘Sam Son’. Some of the shapes were recognisably anthropomorphic, others just soft and cuddly. Though comfortable design isn’t necessarily a Scandinavian trait, several Nordic designers were represented, and Italians as well, but Donnelly and Lee said they found Neotenic objects in many other countries. They believe they could have shown many more than the 27 in the exhibition, if there had been more space to work with.

According to the designers – and confirmed with a bit of fact-checking – biological studies have shown that humans respond subconsciously to stimuli like large eyes, round heads, chubby cheeks and pudgy limbs, which stimulate the amygdala, and awaken the nurturing instinct … or at least a feeling of warmth. The same response is generated by a baby of any species and, surprisingly, by any object with similar characteristics (think of the Campana Brothers’ stuffed-animal chairs, or the Haas Brothers’ hairy creatures – neither of which were in the exhibition). Hence the Jumbo team’s designation of such designs as ‘neotenic’. Interestingly, Donnelly says that all of the designers denied having deliberately injected childlike features into their works, though several did speak of being influenced by cartoons and illustration … “essentially,” he says, “it’s the same thing.”

The A/D/O exhibition wasn’t neoteny’s first appearance in design. Anyone old enough to remember the years bracketing the World Wars in Europe can find examples of round-edge furniture in soft fabrics and calming colours … think Jean Royere, Hans Wegner, Pierre Paulin and others. In addition to outfitting interiors, design can provide welcome respite in trying times like the present.

Will neotenic design be written into 21st century design history, or is it just an artificial construct? Anyone who considers it as trivial should think twice … Miro and Calder were both laughed at in their time.

A/D/O – a creative space in Brooklyn, dedicated to expanding the reach of design. 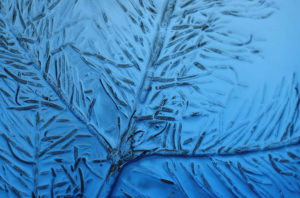 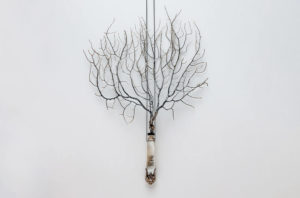 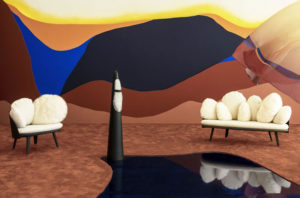 Exhibitions
Summer Shows / South of France
From Aix-en-Provence to Beaulieu-sur-Mer, The Design Edit brings you the best of the summer exhibitions, mixing art and design.
By Anna Sansom
The Design Edit
For Collectors and Dreamers
Read
Connect
Legal
Join Our Bi-monthly Mailer
Follow and Share
© 2021 The Design Edit.
All Rights Reserverd