A twelve-year court case over the authenticity of some Jean Prouvé works leads to an acquittal for Touchaleaume – but still no clarity over the provenance of the works. 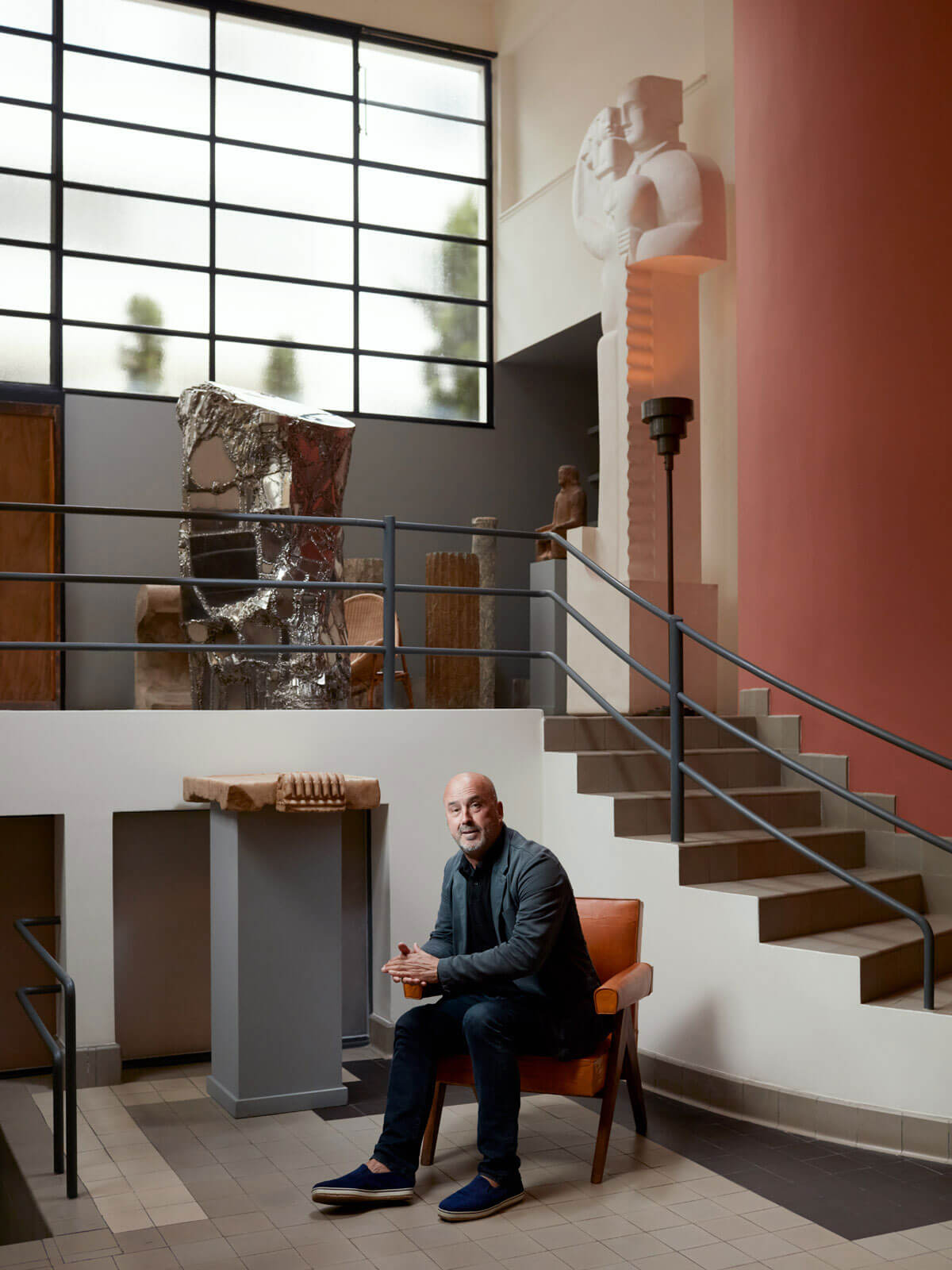 IT’S POSSIBLY THE longest court case in France involving modern furniture and, in terms of twists and turns, loosely reminiscent of the Jarndyce versus Jarndyce lawsuit in Charles Dickens’s Bleak House. After dragging on for over a decade, a case brought against the Parisian art dealer Éric Touchaleaume, accused of selling fake furniture by Jean Prouvé, resulted in him being acquitted last month. However, the criminal court in Paris did not rule on whether or not the furniture was authentic.

The origin of the case harks back to the sale of Touchaleaume’s collection at Artcurial in 2008. The dealers Philippe Jousse, François Laffanour and Patrick Séguin – who all trade in Prouvé’s furniture – together bought two armchairs and a table, attributed to Prouvé, for €213,000.

The trio subsequently hired an expert to verify the authenticity of the pieces. After the expert concluded that they were fake, the three dealers filed a criminal complaint against Touchaleaume in April 2009.

A few months later, the police opened an investigation that eventually led to Touchaleaume being charged with counterfeiting, forgery and deception. Also in the dock were Abdelhakim Bouadi, who claimed to have sourced the Prouvé furniture from Algeria (where Prouvé realised several projects), and Redouane Faraji, an antique dealer from Nancy accused of complicity.

In ruling that forgery of the pieces of furniture could not be established, the court highlighted that Prouvé’s legal successors had not expressed any opinion either way. The court also found that a photograph and a letter from  Prouvé, dating from 1958, were forgeries but could not establish that Touchaleaume and Bouadi knew them to be so, or had knowingly used them as such.

The prosecution has not filed an appeal against the ruling. However, an appeal has been filed against the decision on behalf of Jousse, Laffanour and Séguin. Laffanour said that he found the judge’s ruling “very surprising”.

Touchaleaume did not respond to questions. However, his lawyer, Antoine Vey, says: “Éric Touchaleaume thinks it’s a commercial war that’s gone on for too long.”

Regarding the appeal, he remarks: “They [Jousse, Laffanour and Séguin] can ask for damages if they are able to demonstrate before the court of appeal that there was civil negligence.” Vey says he is “very comfortable” about the appeal.

Asked how Touchaleaume could have sourced the furniture from Algeria, Vey says: “About 20 years ago, when analysing the archive of Jean Prouvé, he found out that there were some constructions that could have been made in or for Algeria. He shared this idea with Bouadi who said that his father in Algeria could help them find exceptional pieces that looked like Prouvé’s work, which Eric Touchaleaume sold.”

Vey adds that Seguin, Jousse and Laffanour took over a year to file a complaint. “Their objective was to have Éric Touchaleaume eradicated from the market,” Vey claims.

Christian Beer, the lawyer representing Jousse, Laffanour and Seguin, says: “The court ruled that there was a doubt and would not condemn Éric Touchaleaume because of this doubt. But the ruling did not say that the pieces of furniture were authentic; the experts appointed by the prosecution and the judge in charge of the case expressed, in their report, very serious doubts about the provenance and authenticity of the furniture, the metalwork of which does not correspond to that of Prouvé furniture found in museums.”

Beer continues: “The expert appointed by the prosecution demonstrated that the documents presented by Éric Touchaleaume and published in Artcurial’s sales catalogue and Peter Sulzer’s four-volume catalogue raisonné were false documents.”

He contends that the furniture could not have been made in Algeria in 1962, as claimed, because the country had won independence from France that year. He also argues that the works “were refused [for consignment] by Christie’s”, before Touchaleaume approached Artcurial, due to doubts over documentation.

Beer is calling for the file to be re-examined by the court of appeal. “The only goal of the three dealers is to avoid fake works, which are harmful to the confidence that collectors can bring to this important market,” he adds.

Jousse and Seguin, as well as Artcurial and Christie’s, declined to comment.