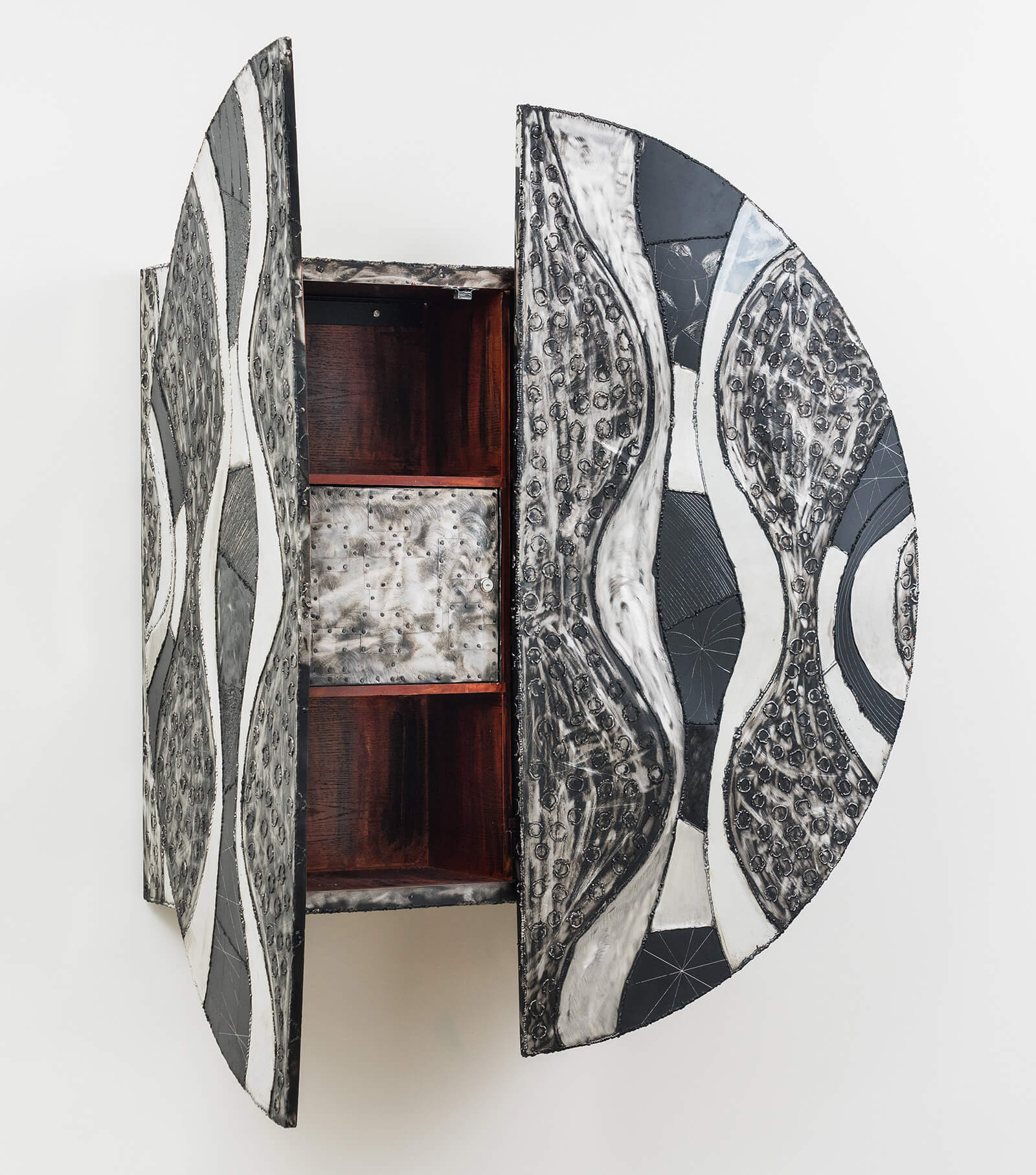 THIS ‘ARGENTE DISC Bar’ is the star piece in an exhibition of original Paul Evans studio works from his ‘Argente’ series, organised by Todd Merrill Studio in New York. The pieces come from just three private collections, and many were one-off commissions, installed by Evans and only now recovered to view. Curator, writer and historian Glenn Adamson, who has written the catalogue for the exhibition, writes: “The ultimate showpiece for the spectacular Argente aesthetic is the unique ‘Disc Bar’. Arguably the single most stunning object that ever came out of the Evans studio, it rivals contemporaneous abstract paintings for sheer wall power – indeed, outdoes most of them, by virtue of its scale, boldness and reflectivity.”

American designer Paul Evans, born in Pennsylvania in 1931, was a leading figure in the American Craft Movement. Trained as a silversmith and a sculptor, in 1955 he moved to New Hope, PA, to work with his mentor, Phillip Lloyd Powell, who had studied under George Nakashima. But while Powell worked with wood, Evans worked with metal. He once said, “There is nothing that cannot be done in metal …”, adding, “… and I do not work in metal in a normal way, or for that matter, like any other craftsman I know or have heard about.” His distinctive, expressionistic idiom, influenced more by modern artists such as Adolph Gottlieb and Louise Nevelson, than by the sleek, functional, modernist aesthetic that prevailed in design of the time, came out of an experimental, hands-on approach. He began by making copper chests and sculpted steel-front cabinets, before moving to New Jersey to set up his own studio. In 1961, he and Powell were invited to exhibit at America House in New York, a major supporter of the burgeoning crafts movement in America, while in 1965 Evans became a featured designer for furniture manufacturer Directional Furniture. The company insisted that every piece was made by hand, finished by hand and overseen by the artist at each step of production. It was here, between 1965 and 1972, that Evans and his studio produced the distinctive line of welded aluminium works under the title ‘Argente’ (Latin for silver). These are characterised by the bold juxtaposition of curvilinear black and reflective silvery metal, attached to a wooden carcass, the surface further decorated with hand-beaten, inked and buffed, patterns and textures.

Evans made other disc bars, in “Sculpted Bronze”, another process he had developed. This is the only known example in aluminium, the interior finished in red stain. The ‘Argente’ series, while popular – tapping into pop culture, all the rage in New York at the time – was short-lived. Expensive to produce, the fumes from welding were noxious. This ‘Disc Bar’, recently discovered, marks a peak of Evans’s ambition – challenging the boundaries of taste, genre and technique. Performer Lenny Kravitz, a collector of Evans pieces, captures the peculiar energy of his distinctive works perfectly, describing them as “stunningly beautiful, stunningly ugly, stunningly tacky, [and] stunningly sophisticated.”

Download a catalogue from Todd Merrill Studio of the Paul Evans ‘Argente’ series. 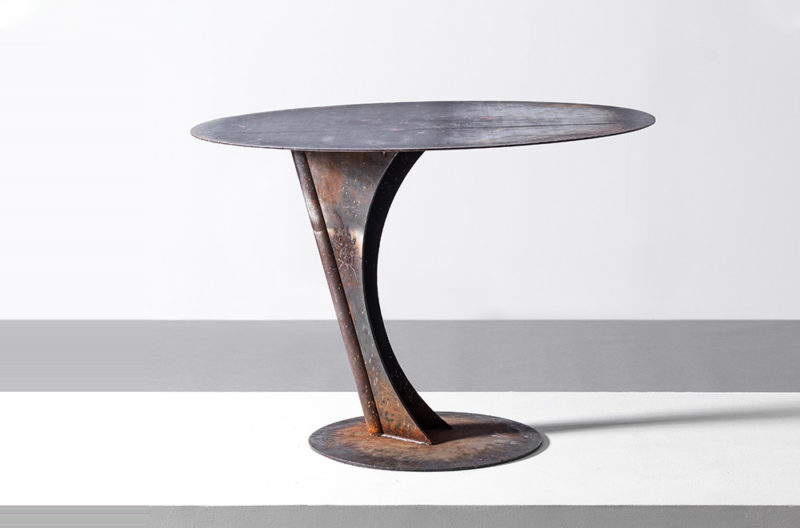