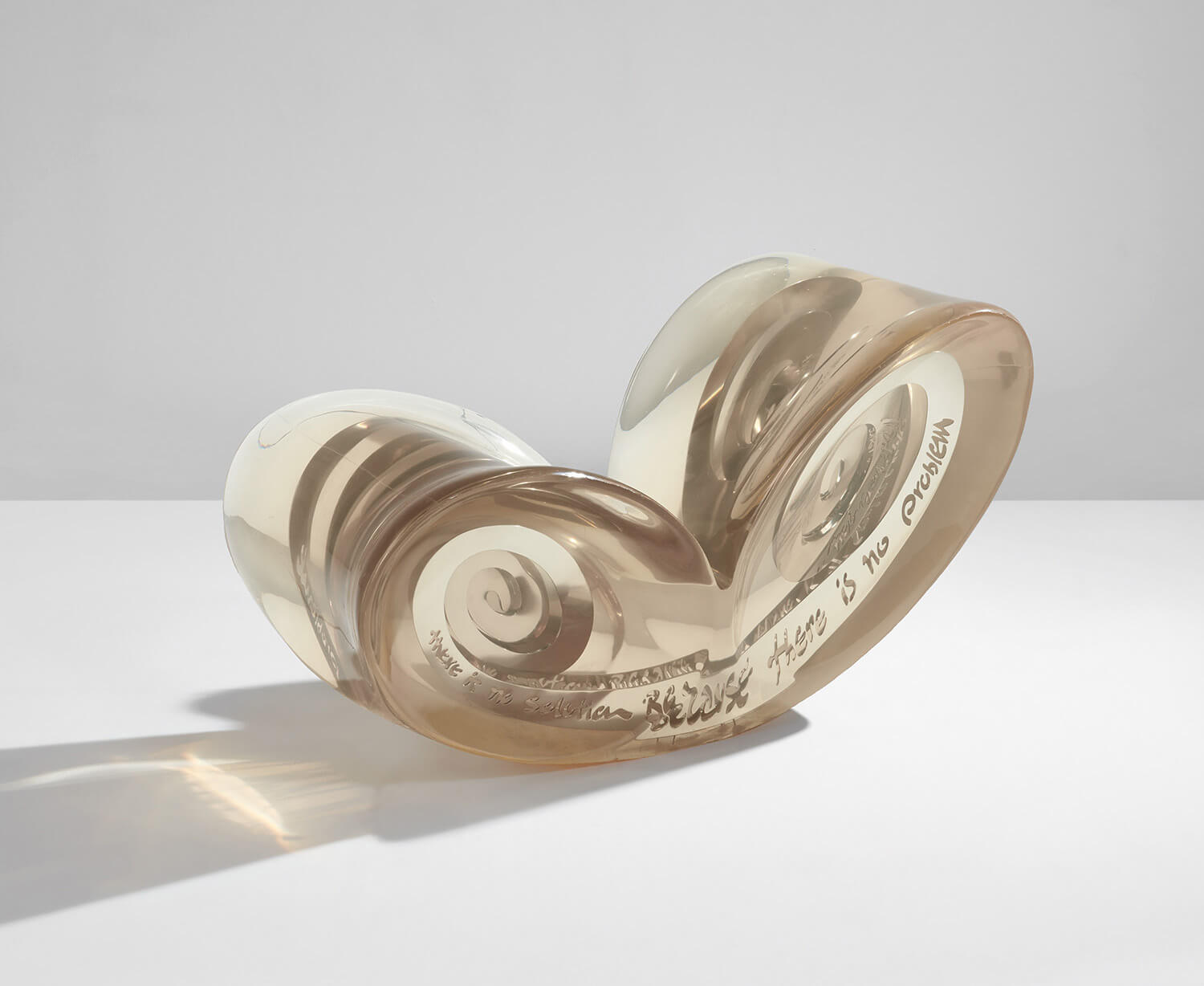 SCORED INTO THE spiralled metal core of this remarkable chair is a sentence in French from that arch-provocateur of conceptual art, Marcel Duchamp: “Il n’y a pas de solution parce qu’il n’y a pas de problème”. The English translation: “There is no solution because there is no problem”, runs on the reverse. The Dadaist phrase cuts to the core of the dilemma for every creator of collectible design: what is the point of developing ingenious solutions if there are no problems to address? The maverick Ron Arad, born in Israel in 1951, has pondered that question over his lifetime as a designer, sculptor and architect, remarking to an interviewer in 2008, “I’m solving problems that don’t exist.”

But adjust Arad’s 2008 remark by the simple addition of the word “yet”, and you get to the heart of the designer’s particular brilliance, and what has made him such an influential figure in contemporary design. This chair, made of silicone surrounding its steel skeleton, is a projection into the future. It is one of a series of radical rocking chairs, collectively known, in Arad’s punning lexicon, as ‘the Voids’, which all take their outer form from two ellipses or ovoids, joined together, but are hugely varied in their patterns, textures, materials, proportions and colours. They represent a kind of play, which in turn is a throwing of the imagination into the unknown, testing the limits of possibility to pioneer new ways of living. This silicone version has a particular poetry, as it is both sculpturally solid and barely-there – a ghost from the future, a void apparently floating in space, offering us a tantalising glimpse of a world to come.