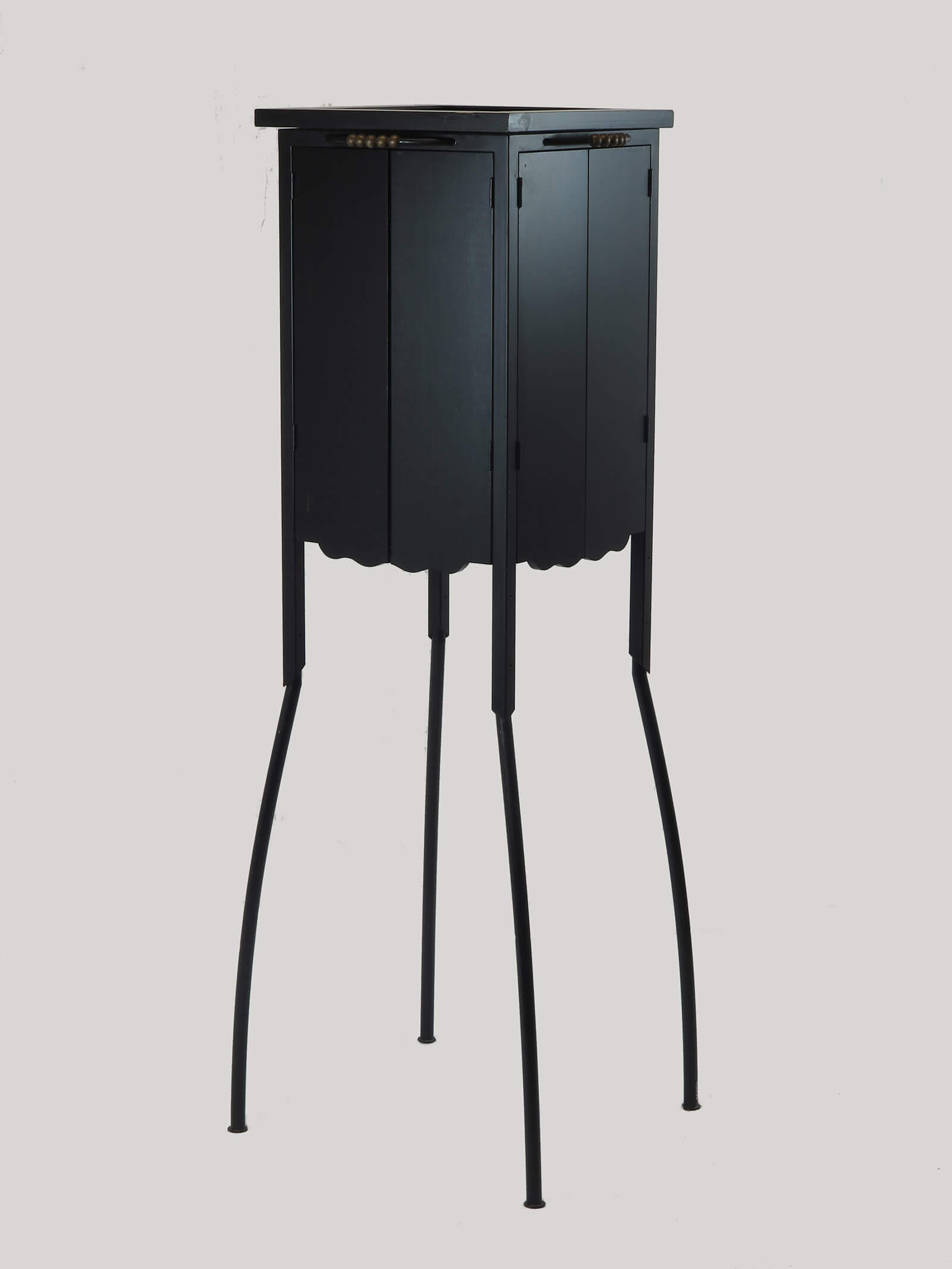 IN MARCH, THE Design Museum Gent opened its imaginative and ambitious exhibition Kleureyck, exploring the psychological impact of colour in contemporary design. The curators, Siegrid Demyttenaere together with Sofie Lachaert, were inspired by Jan van Eyck’s fifteenth-century masterpiece, the ‘Ghent Altarpiece’, recently restored to its full glory in St. Bavo’s Cathedral. Van Eyck used oils and transparent, coloured glazes to create a variety of colour nuances that were unprecedented for the time. With this new technique, he achieved a revolutionary clarity and saturation in his paintings. His jewel-like colours are off-set by a radical black.

Due to the pandemic, the exhibition closed almost immediately. It has now reopened, however, and among the objects on display, is this Vitrinekastje, by the Czech designer Bořek Šípek, exemplifying the power of black. It stands like a strange four-legged insect on its tensely jointed spindly legs, full of contained energy, absorbing light into the black doors which guard the mysteries within. The contrasting light, when the doors open, is revelatory. This little drama on legs is all about colour. 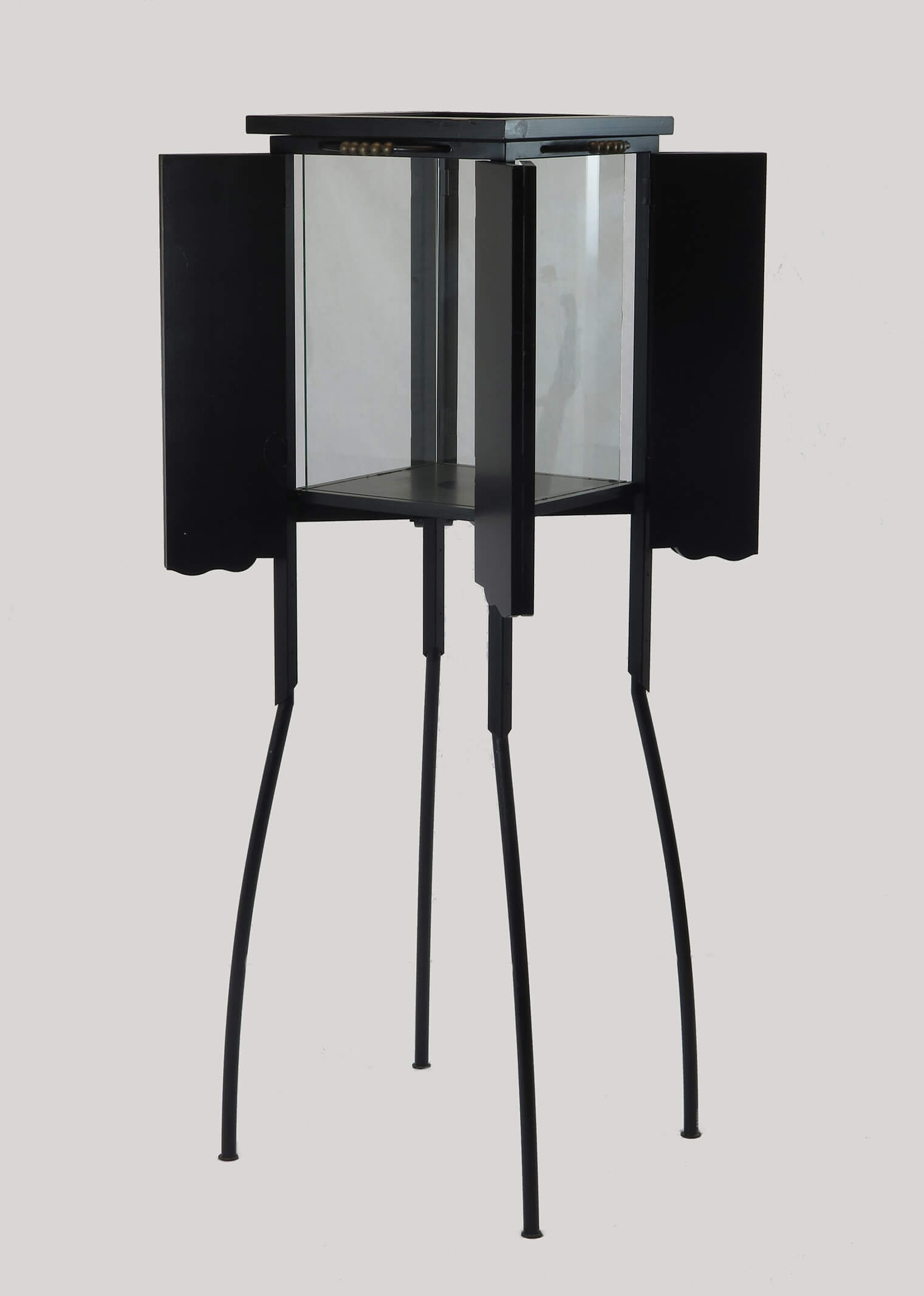 Šípek, who died in 2016 aged just sixty-six, was a flamboyant and prolific designer. He fled Czechoslovakia in 1968, after the Warsaw Pact invasion, studied architecture and philosophy in Germany, before moving to the Netherlands, where he established a studio. He became renowned for his sensuous, highly colourful ‘neo-baroque’ glass and furniture designs for Italian company Driade. After the Velvet Revolution, in 1989, Šípek returned to Prague, where he became court architect to President Václav Havel, responsible for all architecture and design in Prague Castle and its transformation into a centre for art and culture. In the late eighties, together with master glassblower Petr Novotný, he founded the Ajeto glass factory in the Czech Republic and is credited with saving the Bohemian glassblowing tradition as the country segued into capitalism.

But Šípek was, by initial training, a carpenter and cabinet maker. When invited, in 1994, by the historic Powder House of ’s-Hertogenbosch, in Holland (then the home of the Stedelijk Museum), to submit plans for an extension to the building, he ended up also designing the furnishings. After several years of wrangling in this historically sensitive location, the project was cancelled. This prototype cabinet remains, an uncharacteristically sober design but one where the colour black is triumphant.

Kleureyck runs until 21st February 2021 at the Design Museum Gent.