Twenty years ago he was organising some of the first modern design auctions. Many of those iconic pieces have soared in value since – Zemaitis shares his insights. 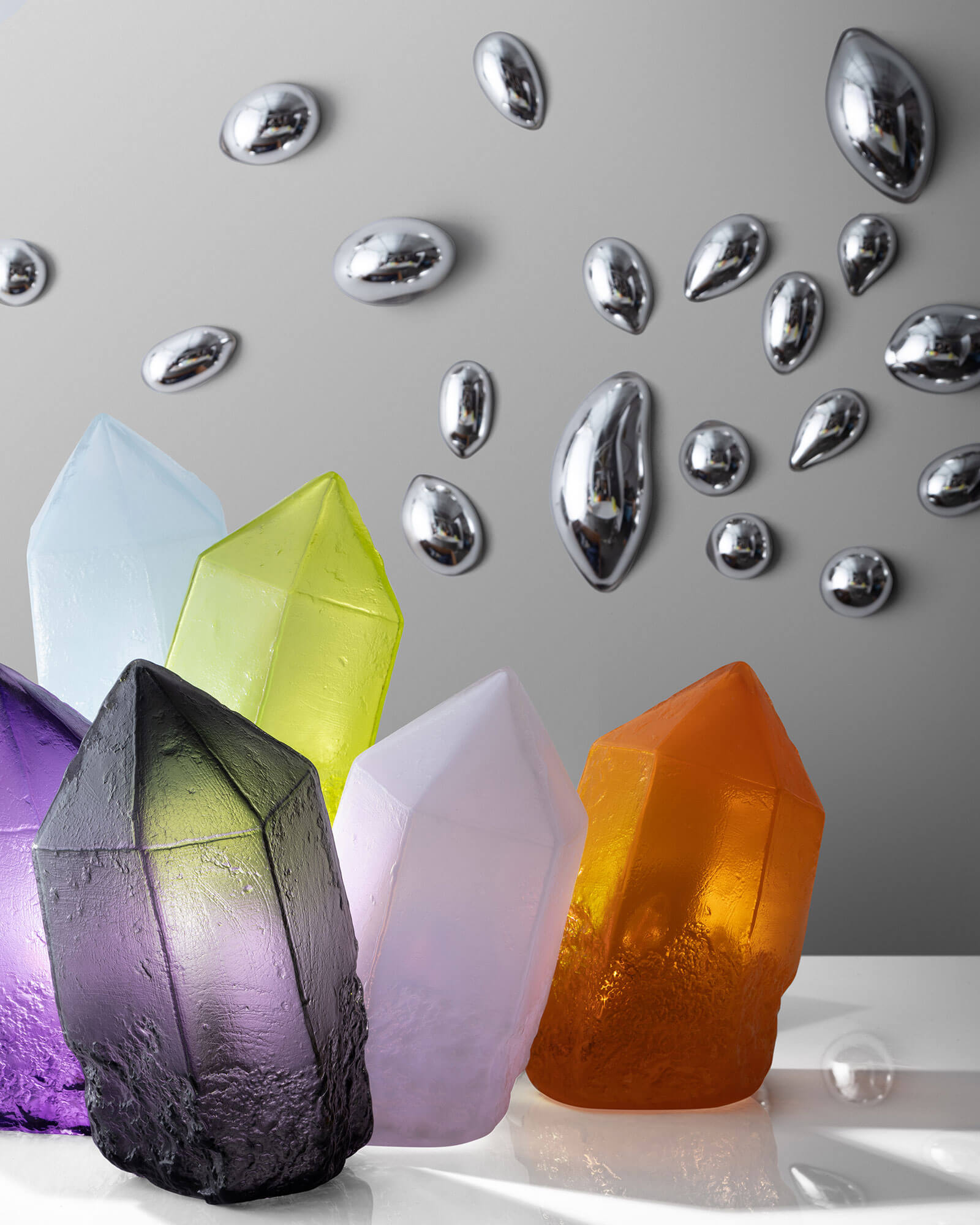 R & COMPANY’S DIRECTOR of Museum Relations, James Zemaitis brings a level of academic rigour to the staple New York gallery, an expertise he honed while working at major auction houses. In an exclusive interview with The Design Edit Zemaitis reveals how his interest in design developed and shares his predictions for the collectible design industry in 2022.

The Design Edit (TDE): What first brought you into design?
James Zemaitis (JM): ​​Like several of my older colleagues and mentors Murray Moss and Mark McDonald, my first job was at a Tiffany lamp gallery. My first areas of interest were the American Arts & Crafts movement and the kitschy world of American Art Nouveau. However, I got my start studying art history. My first museum internship was at my alma mater’s art museum, Oberlin College’s Allen Memorial Art Museum. With over fifteen thousand objects that provide a comprehensive overview from a variety of cultures, it’s one of the finest art museums of its type in the world. It helped shape my career and approach to museum studies in innumerable ways. 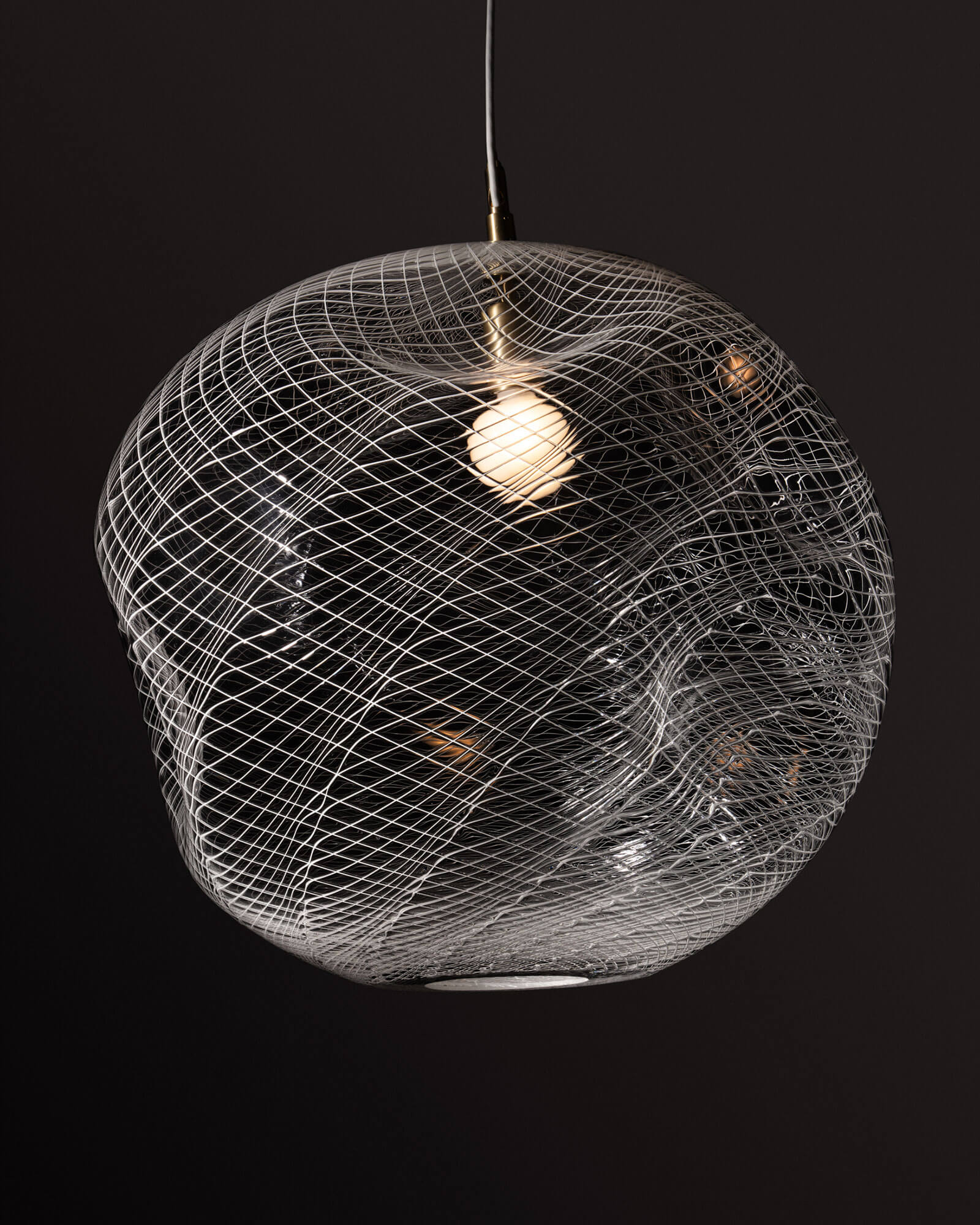 TDE: Why did you decide to pursue a career in design rather than art?
JM: I think it came down in part to languages – I’m not a natural linguist. I initially wanted to be an art historian specialising in Baroque landscape painting, but to do so requires mastering original texts in Italian, German and French. The vast majority of 20th century design scholarship is in English, including many of the primary texts. That being said, one of my Baroque painting professors was Martin Eidelberg, who is also one of our preeminent design historians. I was in school when he published his famous Design 1935-1965: What Modern Was exhibition catalogue, which had a huge influence on me. I started thinking about design history as an area with a lot of academic potential. 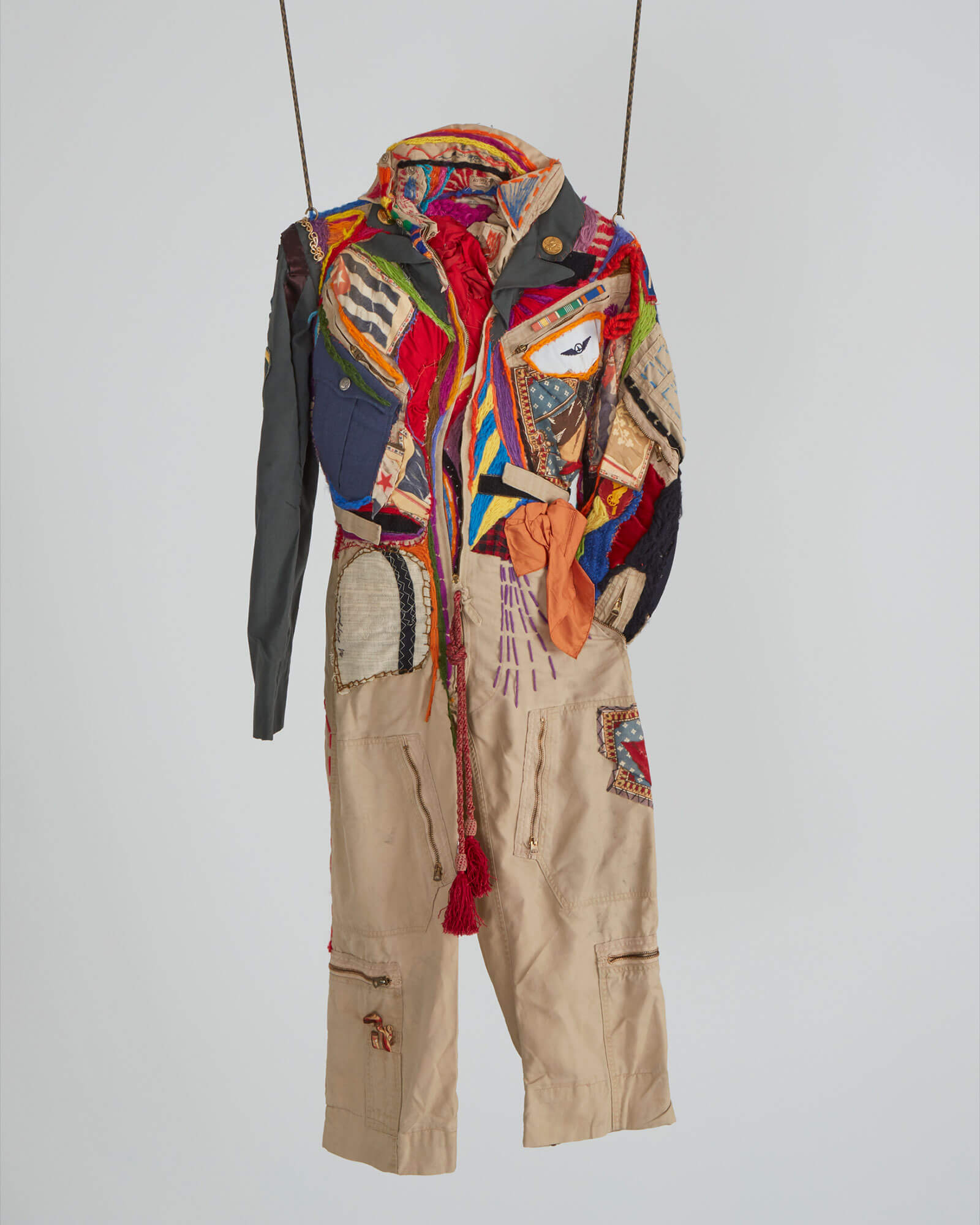 TDE: How did you enter the auction world?
JM: I started out managing a small Madison Avenue gallery. Eventually, my bosses began sending me to regional auction houses with bags of cash under the driver’s seat to bid on rare pieces. I was intrigued by the weird old-world vibe of obsessively hoarding works that was so common in the industry at the time. Exploring these private collections provided me with so much insight. A few years later, I was recruited for a position in 20th Century Decorative Arts at Christie’s East, which was the low-end outlet for estates on East 67th Street. I found myself sitting in the warehouse cataloguing things like Émile Gallé mould-blown cameo glass. I absolutely loved it. Several years later, I joined Phillips to serve as their New York expert of modern design and organised my first auctions, starting with a focus on American modernism of the 1920s-60s. 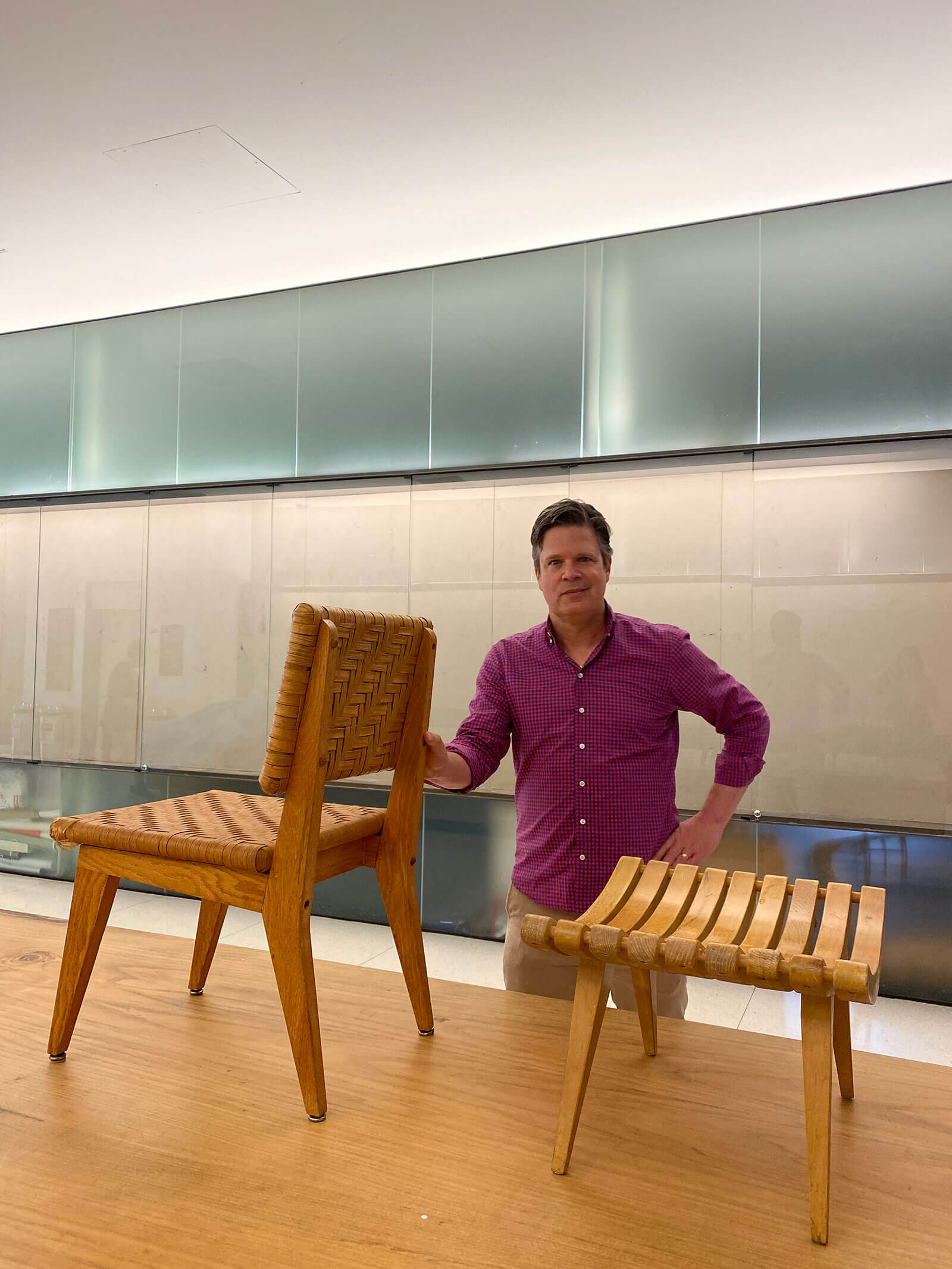 TDE: You later went on to work with Sotheby’s as Senior Vice President of 20th Century Design –  what were the highlights?
JM: Yes, I enjoyed a rather flamboyant ten-year run. The best part of the job was travelling the world and getting to actually experience collections in their original condition. I got to do the most amazing things like stay overnight in Room 606 of Arne Jacobsen’s SAS Royal Hotel in Copenhagen, but I also quickly learned that much of the best work could be found in my backyard. I sold the best George Nakashima collection to ever hit the market – from the Krosnick family in Princeton, New Jersey – and remarkably the world record I set for a single one of his works still stands. Throughout my tenure, I was fortunate enough to meet and build friendships with some of the preeminent museum patrons of design, many of which I maintain to this day. I think the most important objects I sold in my fifteen-year auction house career were the last two Marianne Brandt tea infusers to ever come to market.

TDE: How did the understanding of design as a collectible medium change over time?
JM: When I first began organising design auctions in 2001, the market was in its infancy. There wasn’t an understanding yet of how rare these iconic modern designs could be. Now it’s mature, and while there have been ups and downs in many of the micro-markets, there’s no doubt that the best pieces from these iconic periods have soared in value over the past two decades. 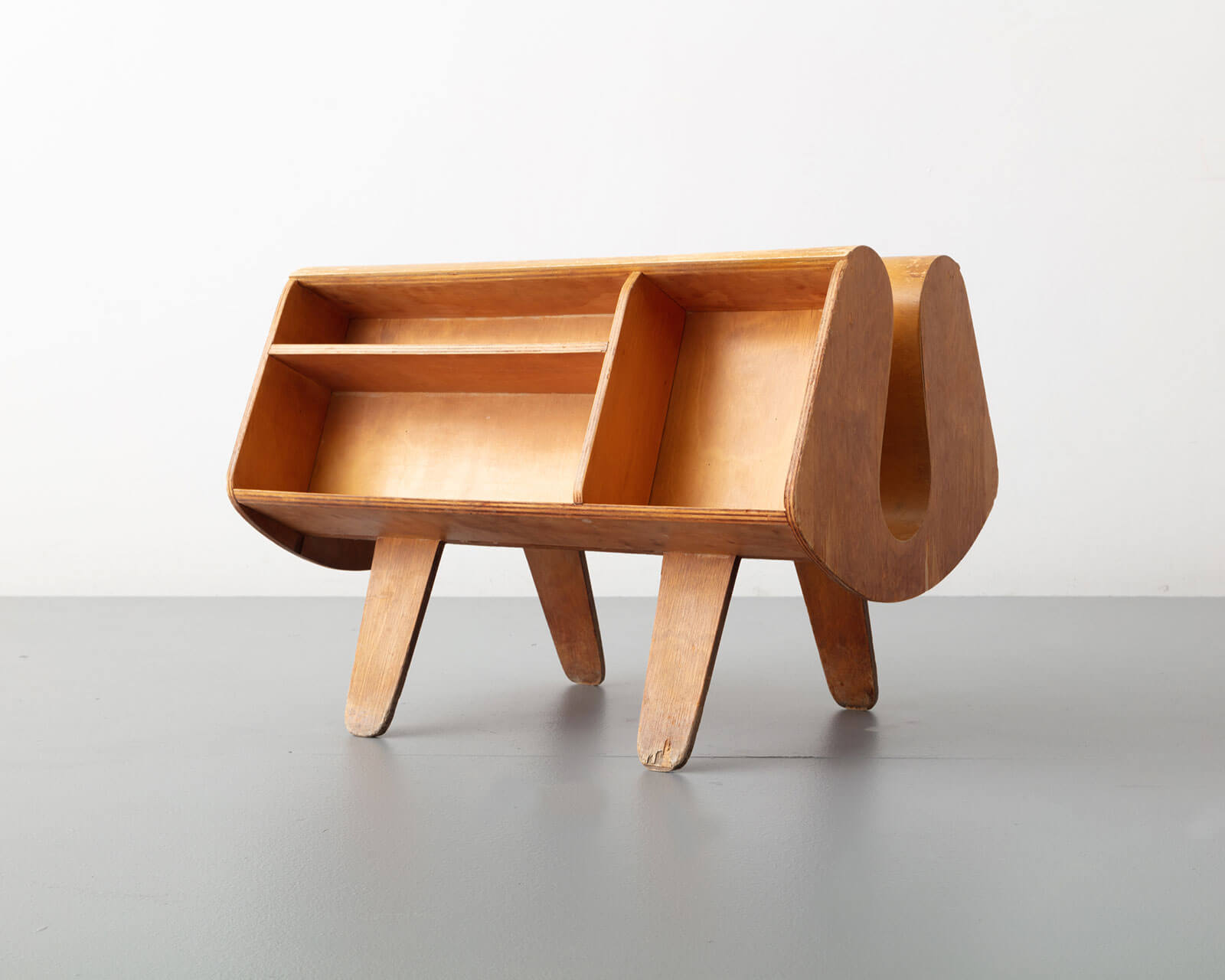 What I worry about most, however, is the long-term decline of connoisseurship amongst collectors and curators. When I first started in the late 1990s and early 2000s, there were dozens of major collectors and dealers who knew everything about the quality and provenance of the works which they were collecting. They worked closely with museums in building their core collections and trained young market specialists like me. 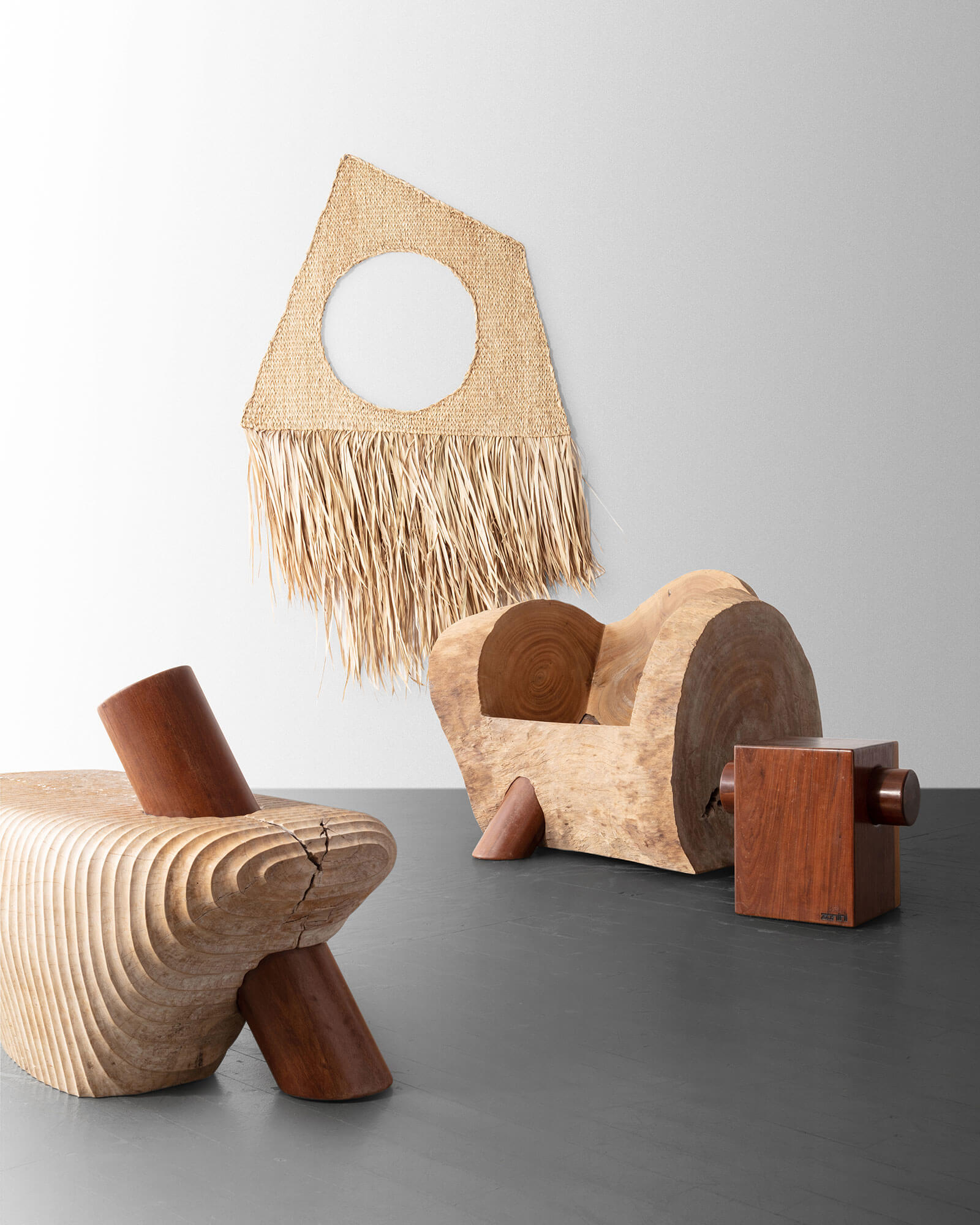 These days, I feel as though connoisseurship is being outsourced to advisors. In order to be a true expert of historical design, it’s important to handle or experience the material in person at galleries, auction houses and museums. The more information you absorb and catalogues you collect, the better poised you are to make smart acquisitions. 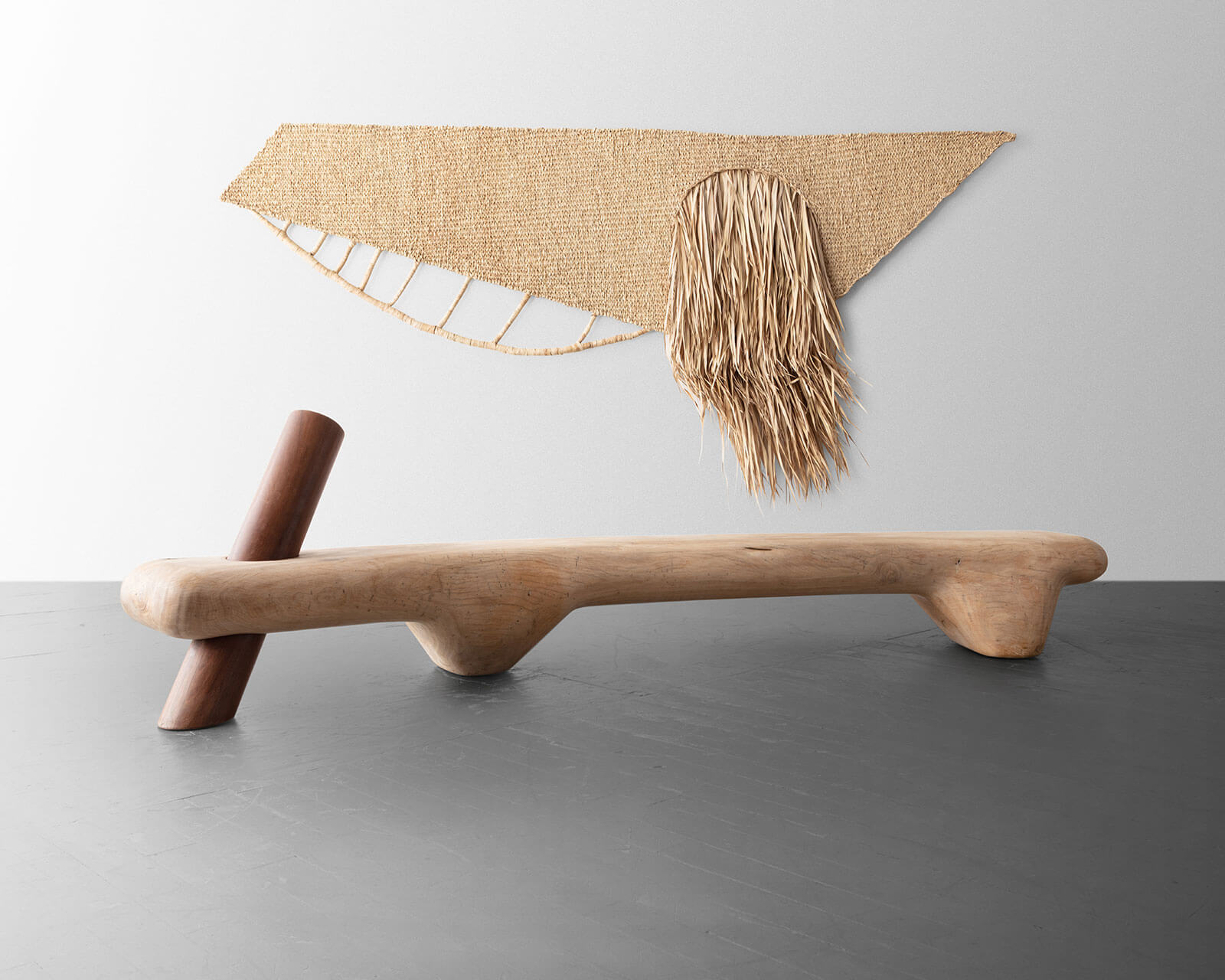 TDE: What was your reason for leaving Sotheby’s and beginning to work in galleries?
JM: I had done everything I wanted to do at Sotheby’s and it wasn’t fun anymore. I really wanted to go back to school and explore a career in the museum world. So I left to pursue graduate-level studies in pre-20th century decorative arts at the Bard Graduate Center and to serve as a visiting curator of design at the Indianapolis Museum of Art. A few years later, I served as a guest curator for an exhibition on organic design at a New York gallery. R & Company founding partners Evan Snyderman and Zesty Meyers, whom I had already been friends with for 15 years, saw the show and the rest was history. 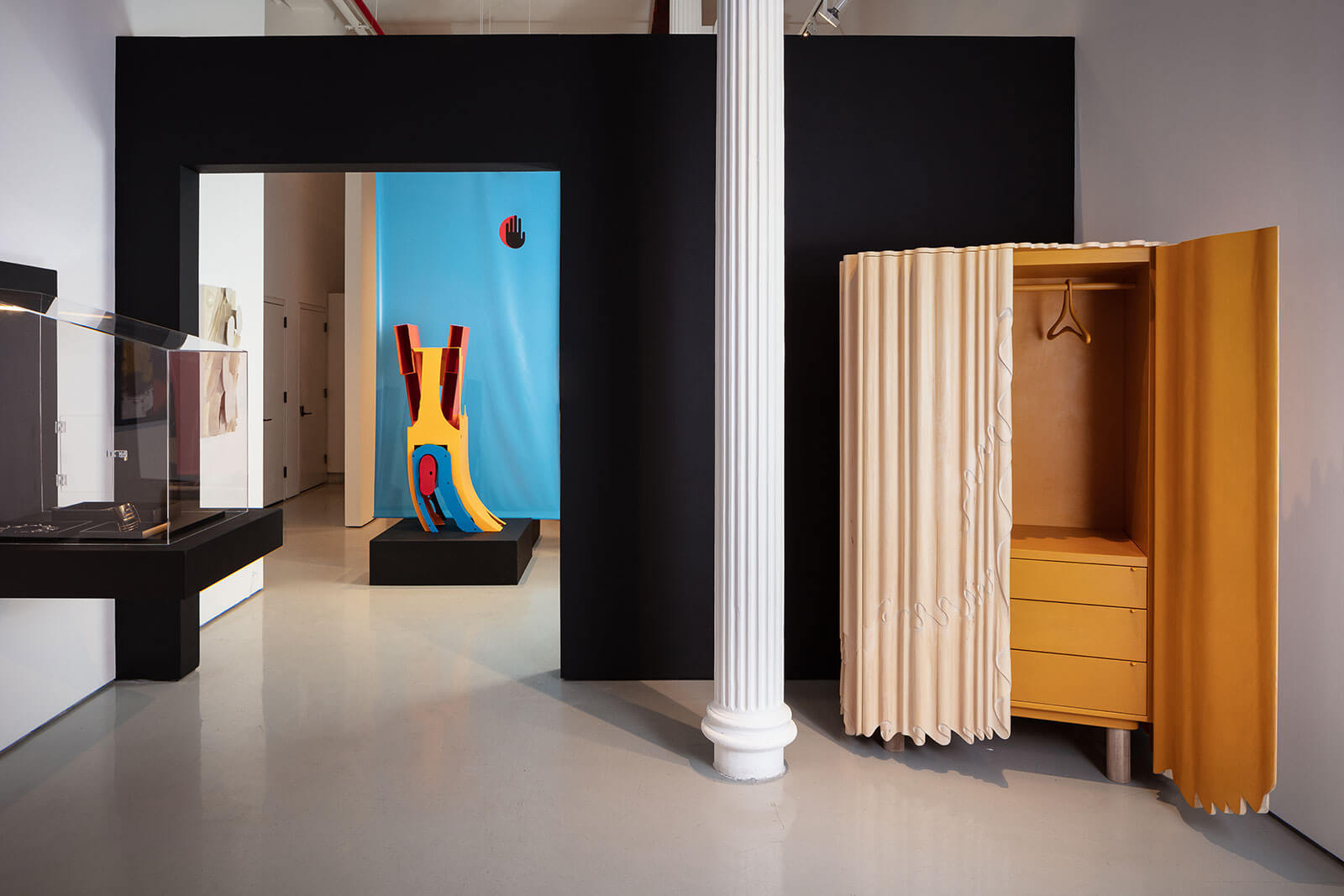 TDE: What has working at R & Company afforded you as both an expert and curator?
JM: My title at R & Company is Director of Museum Relations but in reality, I wear many hats. I curate historical design exhibitions; buy inventory from estates, pickers and auctions; contribute to our publications; and work closely with several of our contemporary talents. My main focus is fostering relationships between the museum community and living artists as well as the intellectual property found in the historical design in which we specialise. Overall, my goal is to be an educator and spokesperson for our gallery and the collectible design market at large. 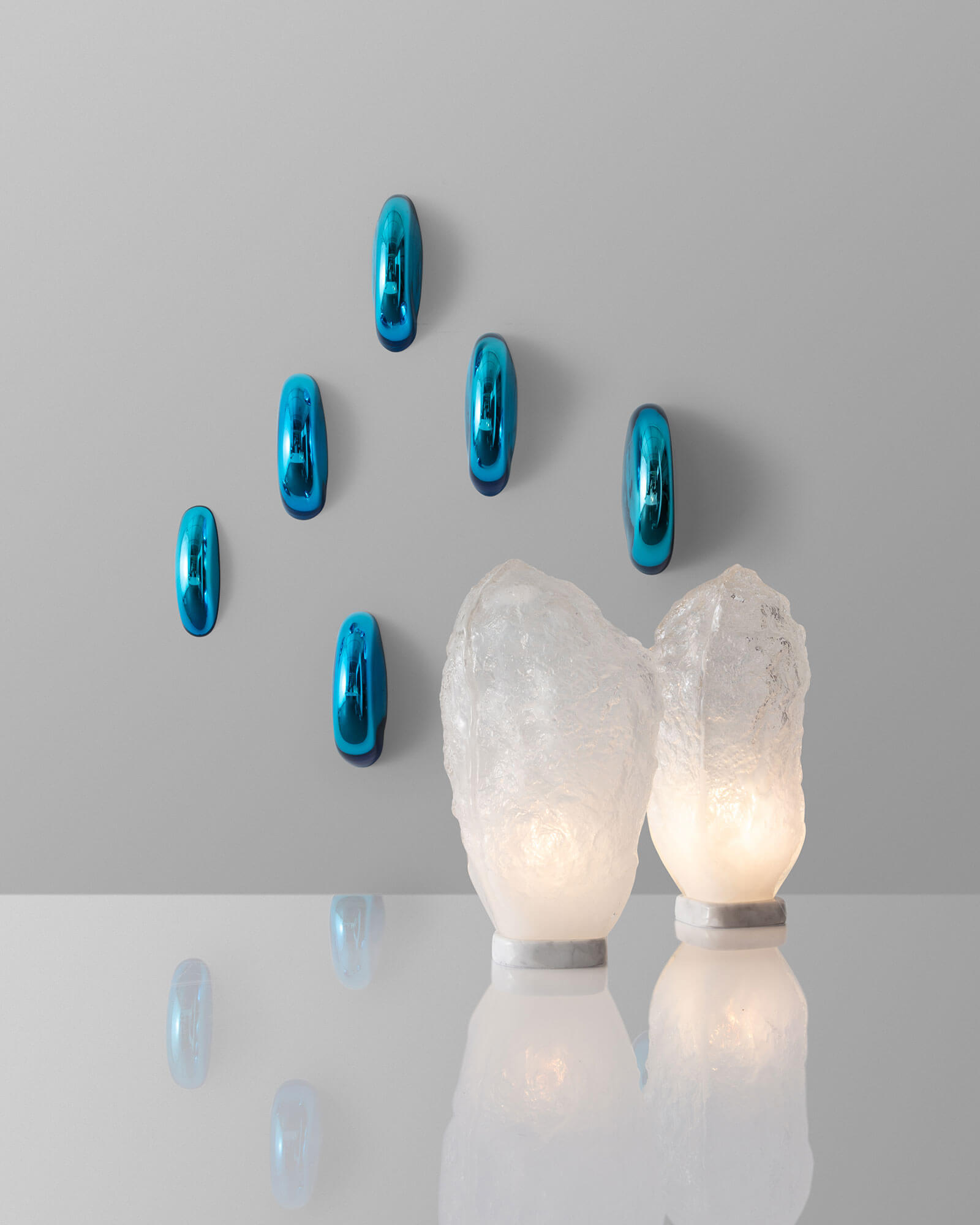 Working in a gallery allows me to take a more nuanced and scholarly approach towards developing the market for a specific genre or designer, whereas most auction specialists are chasing trends and flipping commodities. The differences are especially stark today, where if you don’t meet your quotas of selling enough Lalanne or Diego Giacometti, you lose market share and your bonus. Therefore I think buyers expect us gallerists to be connoisseurs that introduce them to new things, whether that be 1930s British plywood designs or young contemporary ceramicists. 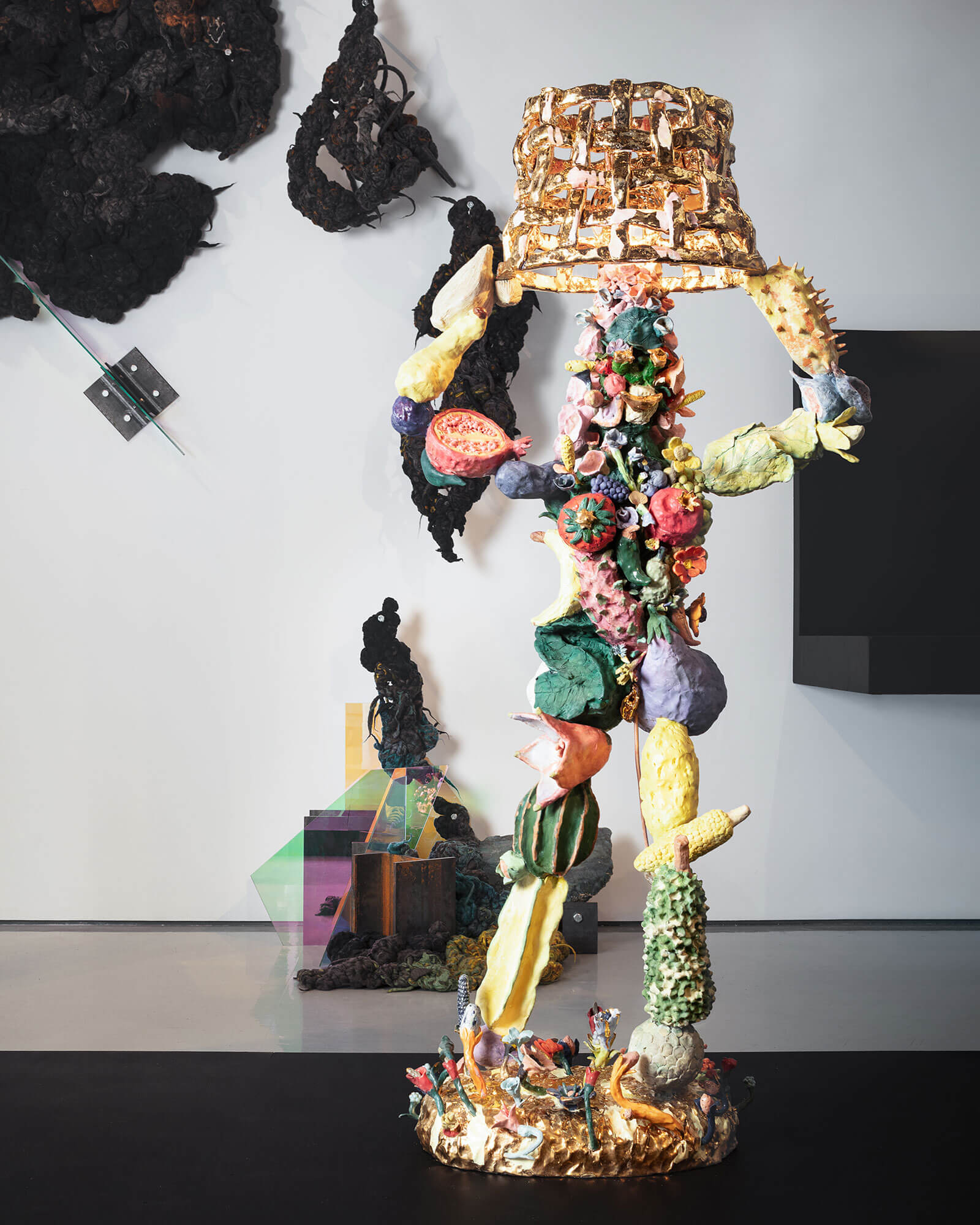 My curatorial career has flourished at the gallery. For many years, I was a frustrated faux-curator. There was never enough time or motivation to organise actual exhibitions beyond the auction house context. At R & Company, I frequently curate or co-curate museum-quality exhibitions within one to two years of conception. We are a dynamic and fluid platform that isn’t afraid to take chances within and outside our main spaces.

TDE: Looking to the year ahead, what predictions can you make about the directions that the collectible design market will take?
JM: I think we are at the end of the glorious 25-year run of the printed design auction catalogues. The future of the auction market is sterile, transactional and devoid of romance. In-person previews are also endangered. Auction bidding now takes place in bed wearing workout clothing. It’s up to major galleries to pick up the reins by providing collectors with soulful and meaningful in-person experiences: exhibitions, talks and cocktail parties. My esteemed colleague Zesty Meyers likes to say: “culture always wins.” 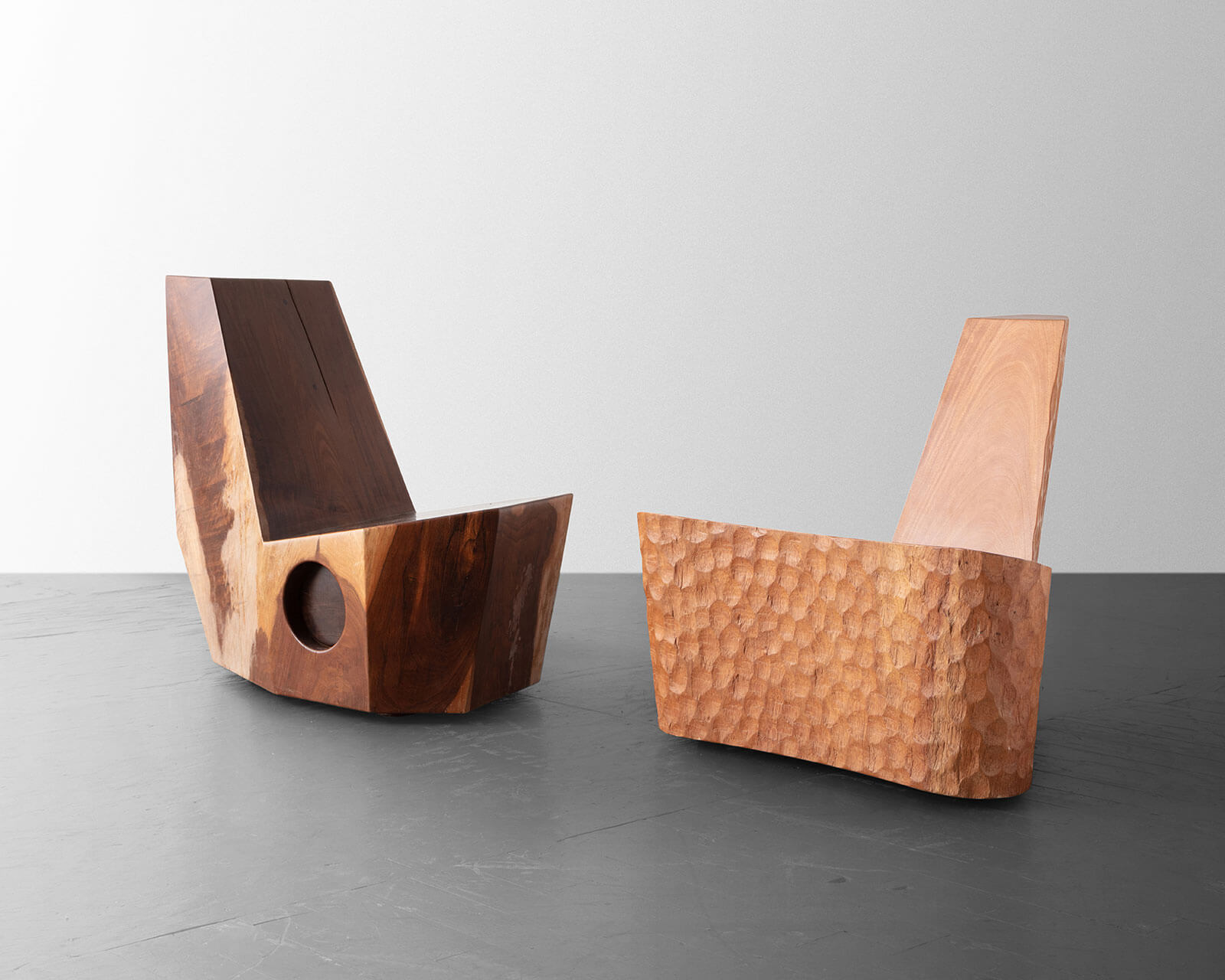 Looking ahead into 2022, our gallery has an incredible programme of solo and group exhibitions planned, starting with a triptych of solo presentations in February featuring Katie Stout, Jeff Zimmerman and Zanini de Zanine. Their works reflect the zoomorphic and amoebic approach that has transcended design history. Originally inspired by surrealism in modern art, the biomorphic form is a harbinger of high market value, whether reflected in the practice of Isamu Noguchi, Carlo Mollino and Jean Royère – or Marc Newson and Rogan Gregory. Obviously, the pandemic continues to ebb and flow but I look forward to hosting museum curators and patrons in the gallery again this spring. 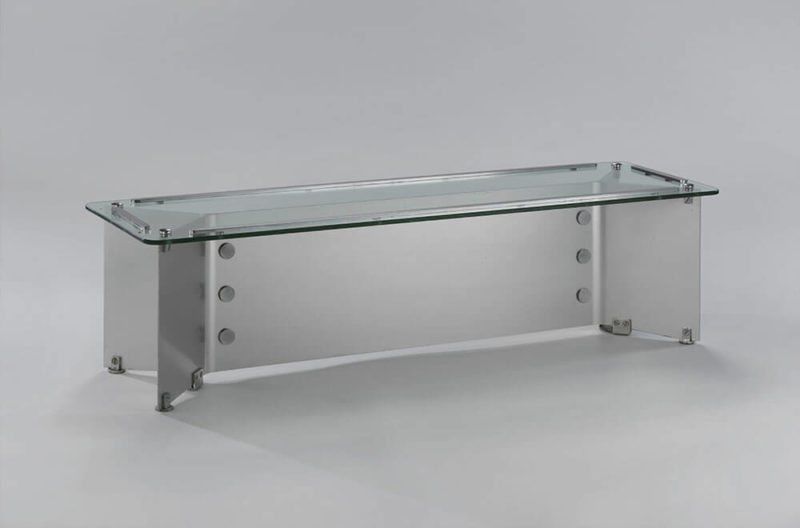 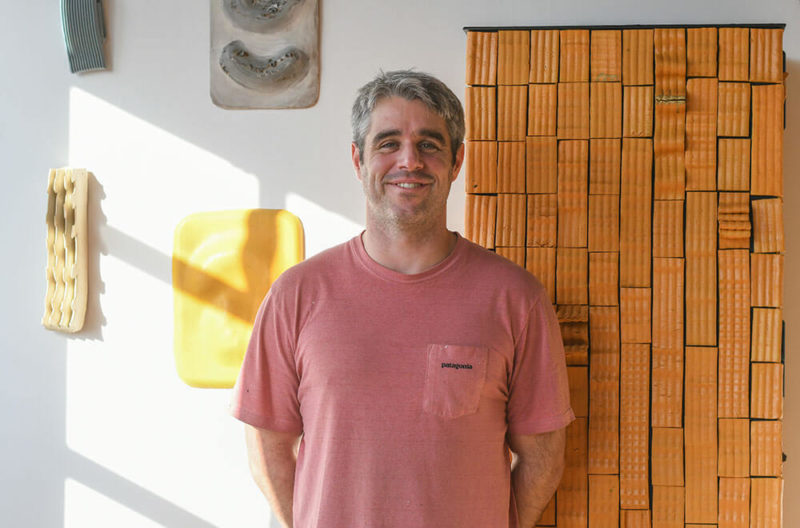