Designer of voluptuous steam bent furniture - Paul Clemence meets him in his studio. 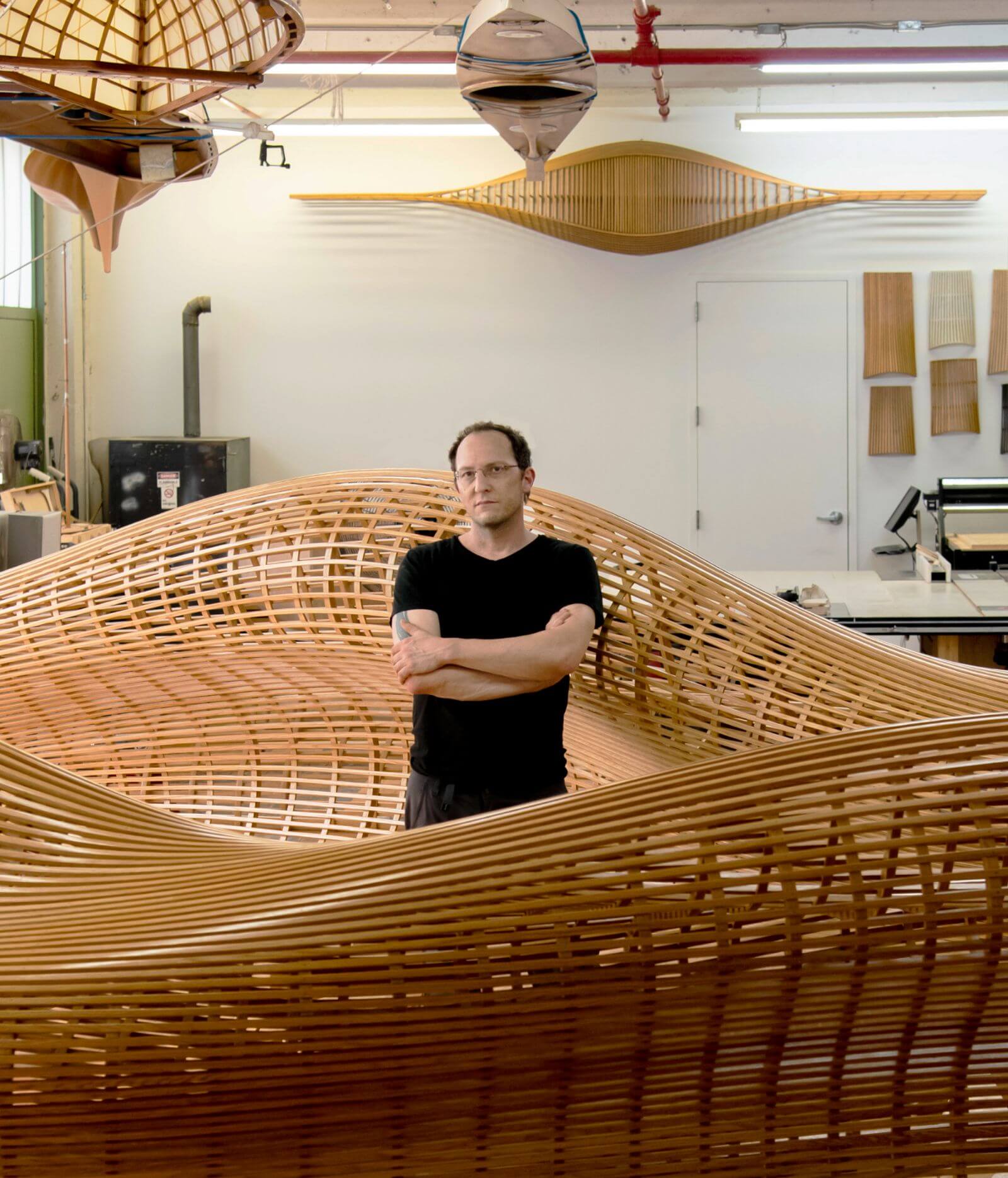 MATTHIAS PLIESSNIG’S CAREER has been marked by happenstance and a strong sense of intuition. Born in New Orleans and raised in Nebraska, Pliessnig’s training started at Kansas City Art Institute before being diverted to Rhode Island School of Design (RISD), and finally, the University of Wisconsin. Now established as a cutting-edge designer, his voluptuous and whimsical pieces – achieved through his ability to blend digital techniques with traditional craftsmanship – have found their place in many private and institutional collections. 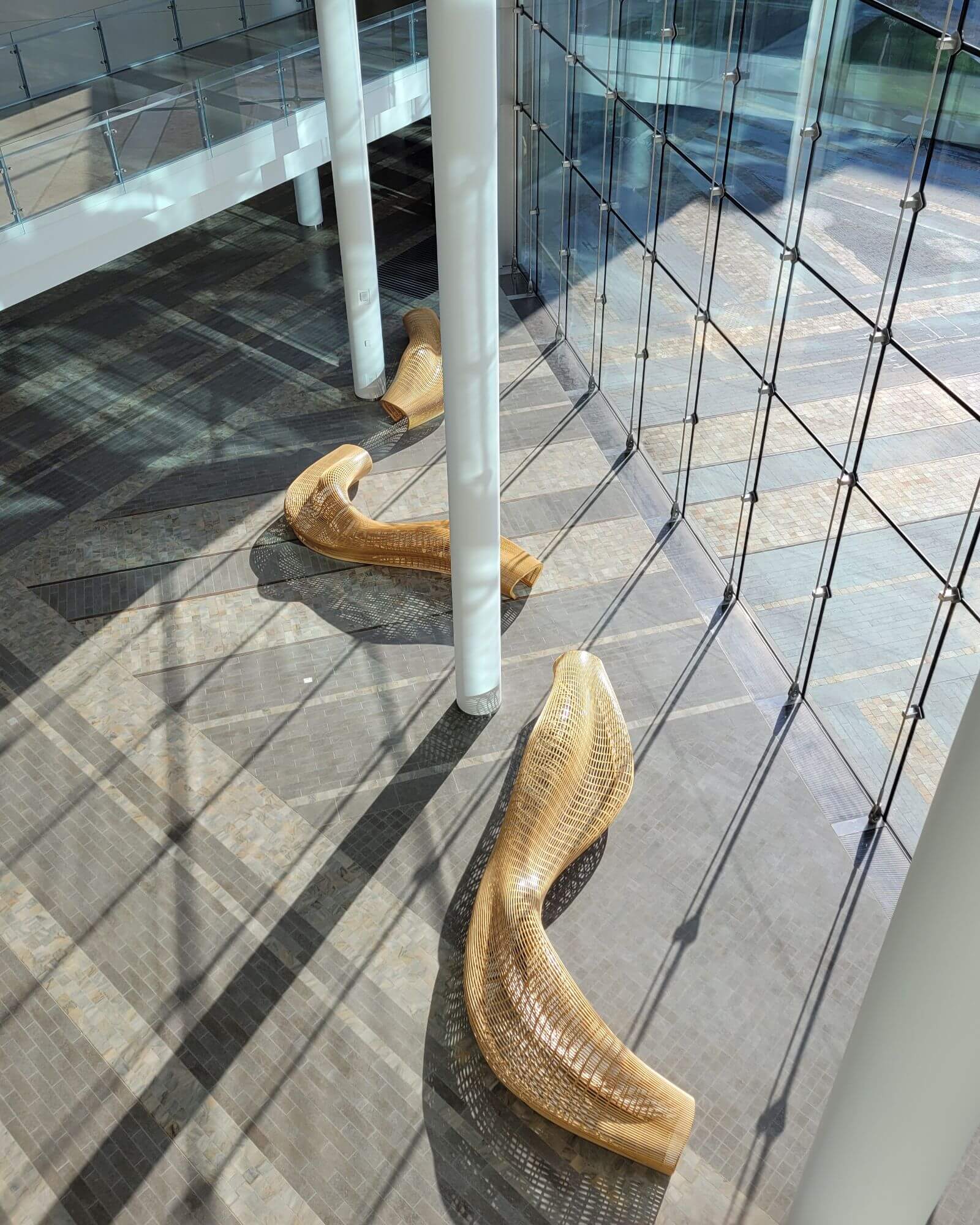 While he always had an interest in drawing and the arts, it was at Kansas City Art Institute that he started to translate that aptitude into three-dimensional thinking. “I began learning about geometry and mathematics in a different way, and looking at science and biology for inspiration,” the designer recalls, “It really opened up my mind.” Pliessnig began learning how to work with metal and started building large kinetic sculptures that were experimental yet, as he puts it, “implied furniture”. Seeing his potential in this area, an instructor advised him to transfer to RISD, where he could learn more specifically how to build things and investigate furniture design. 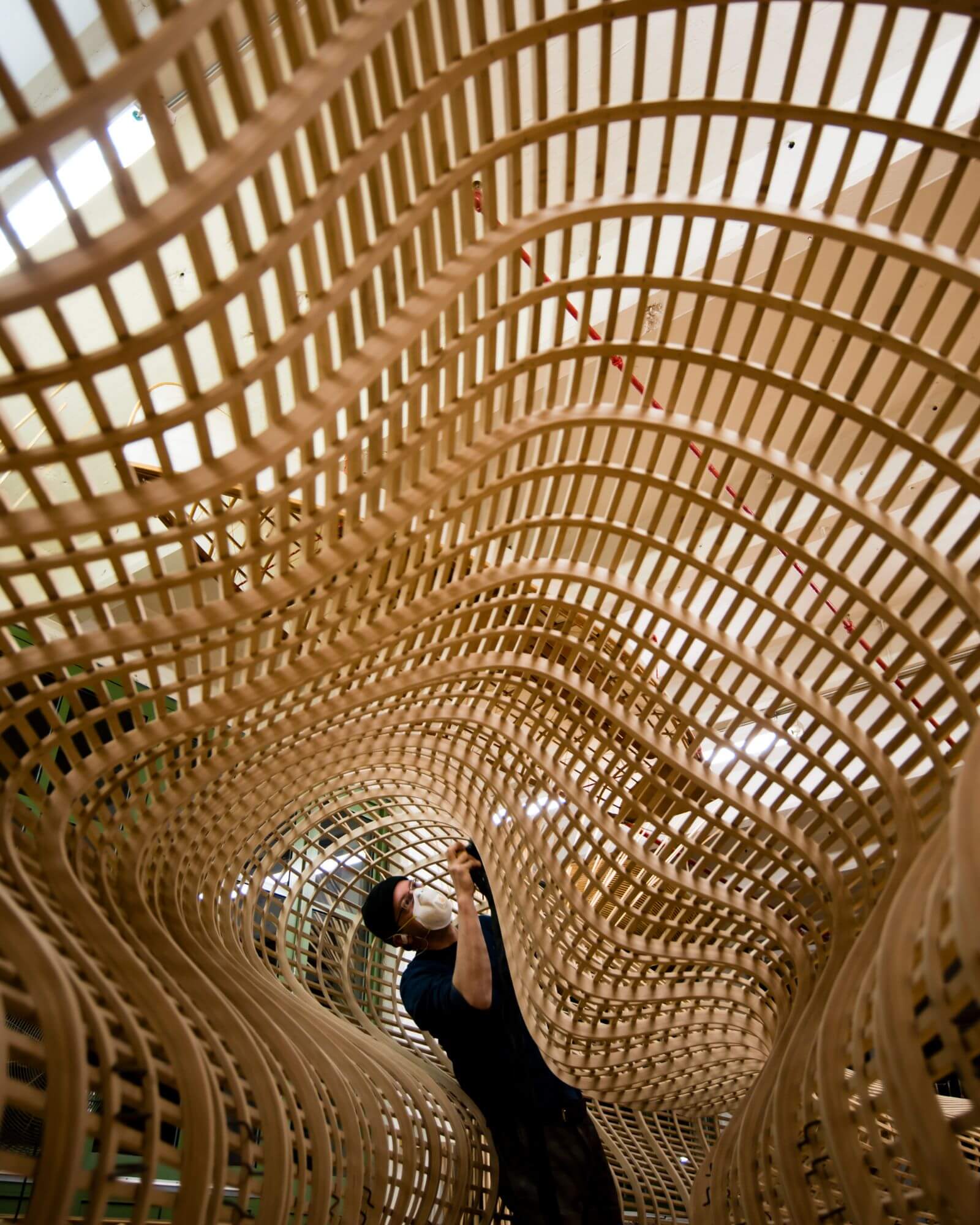 Woodworking was an important part of the programme at RISD, and so Pliessnig’s focus shifted to that material. “There they still instilled this idea in you that everything you design you should learn how to make and anything you make you should learn to design,” says Pliessnig. “[The aim was] to understand the rules so you can break free from them.” 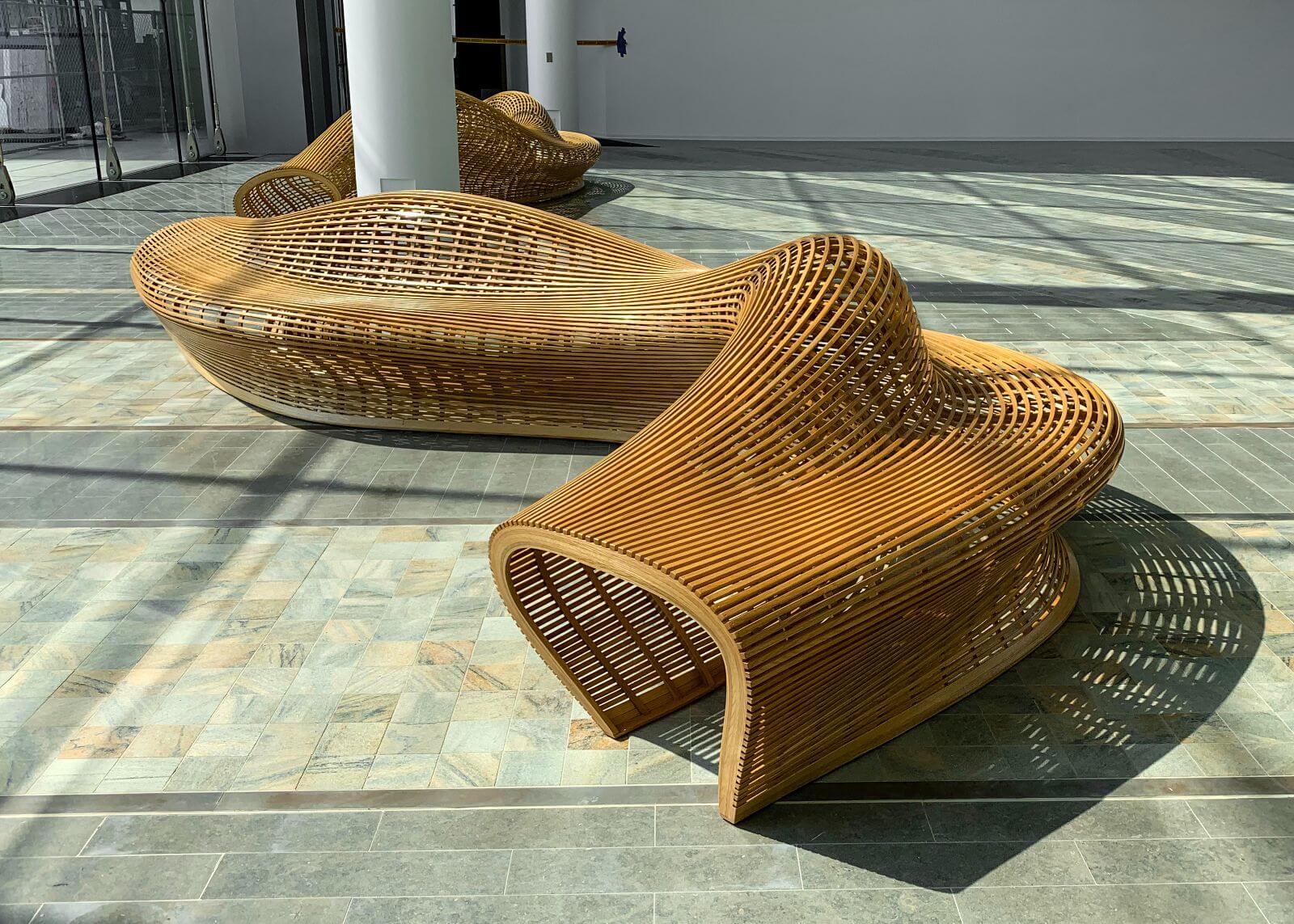 This approach led him to a whole new and broader way of looking at furniture design, and a way of finding his own language in wood. It was at RISD that he learnt coopering, the process of connecting staves of solid wood together to create curved surfaces, a technique that would become an important part of his work. 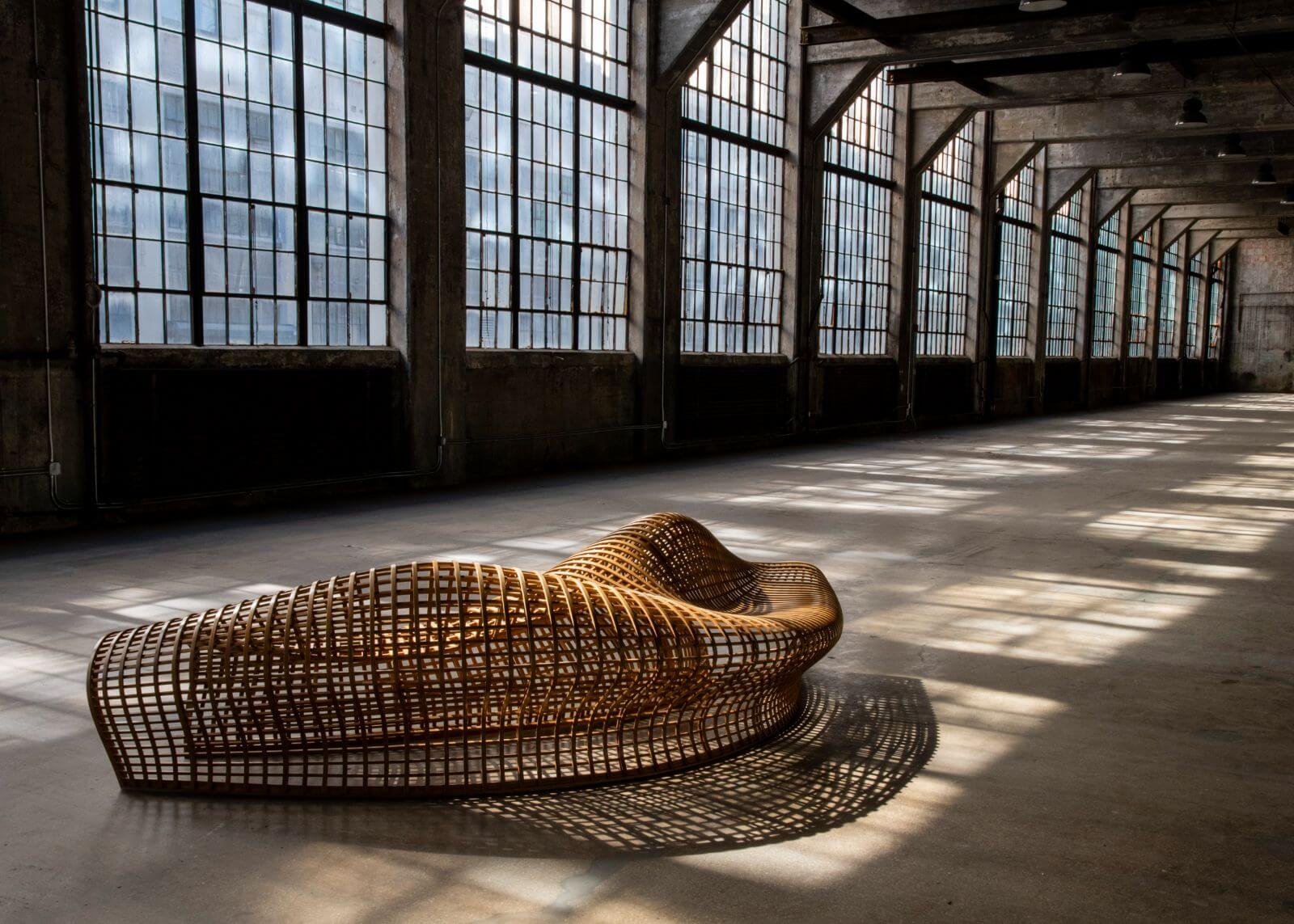 The budding designer was drawn towards structures and engineering – in his mind, benches not being that different from bridges. His creative path was certainly taking shape, but still he resisted easy assertions: “I didn’t want to call what I was doing furniture, or sculpture, or craft – I felt defining anything I was doing would be a detriment. It would pigeonhole me. And this was still a very experimental period.” One form such experimentations took were some small, tabletop-scale, sculptural gestures Pliessnig calls ‘Ad libs’, given their improvisational, spontaneous quality. He made hundreds of these mini structural pieces throughout graduate school, and they became an important part of the development of his design ideas. 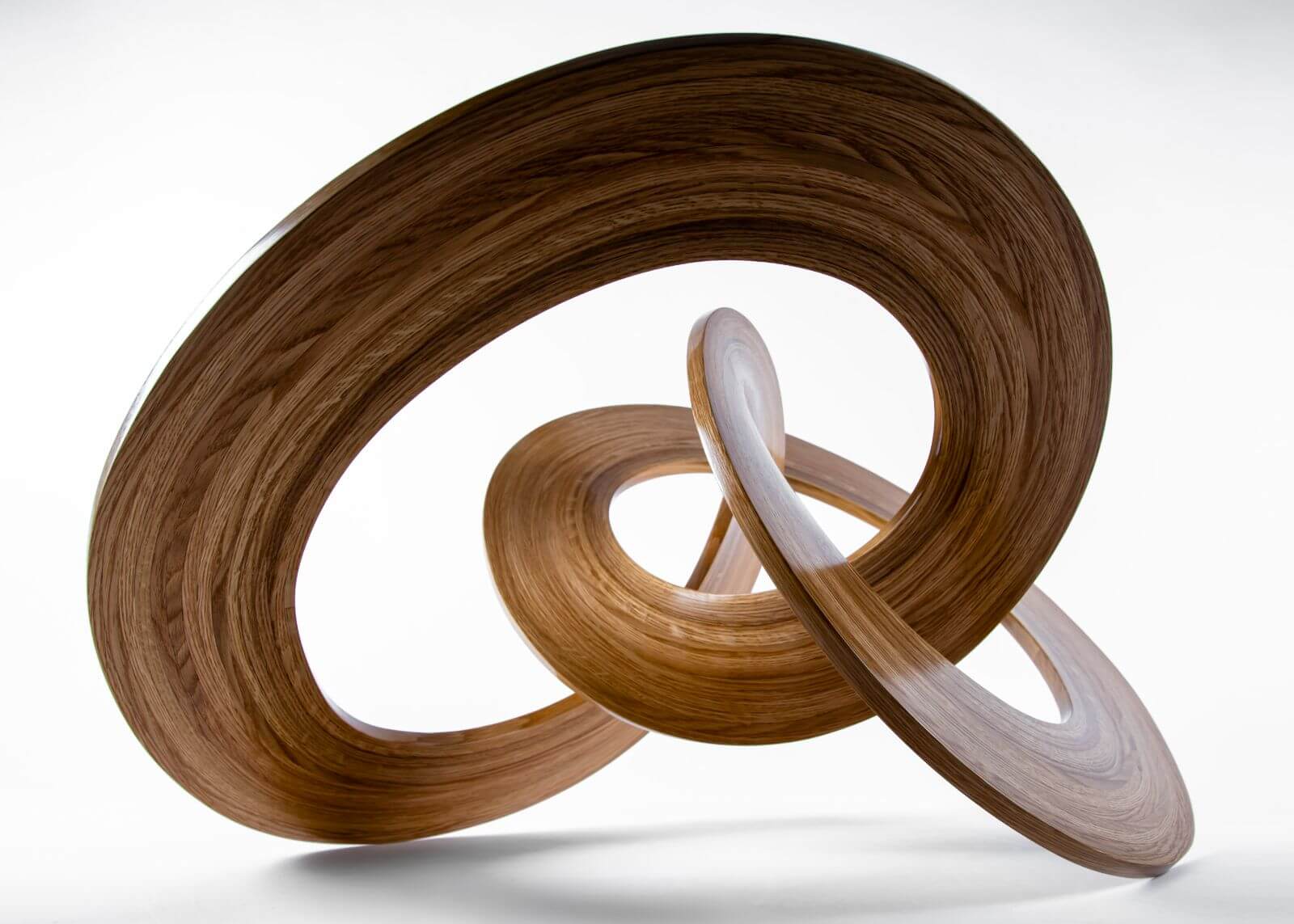 After RISD, Pliessnig enrolled in the Master’s course at University of Wisconsin, in Madison, thinking that their longer, three-year programme would give him more time to refine his creative and career direction. There, one summer, while working as the shop technician, an engineering student came in asking for assistance with cutting wood strips for a boat he was building. 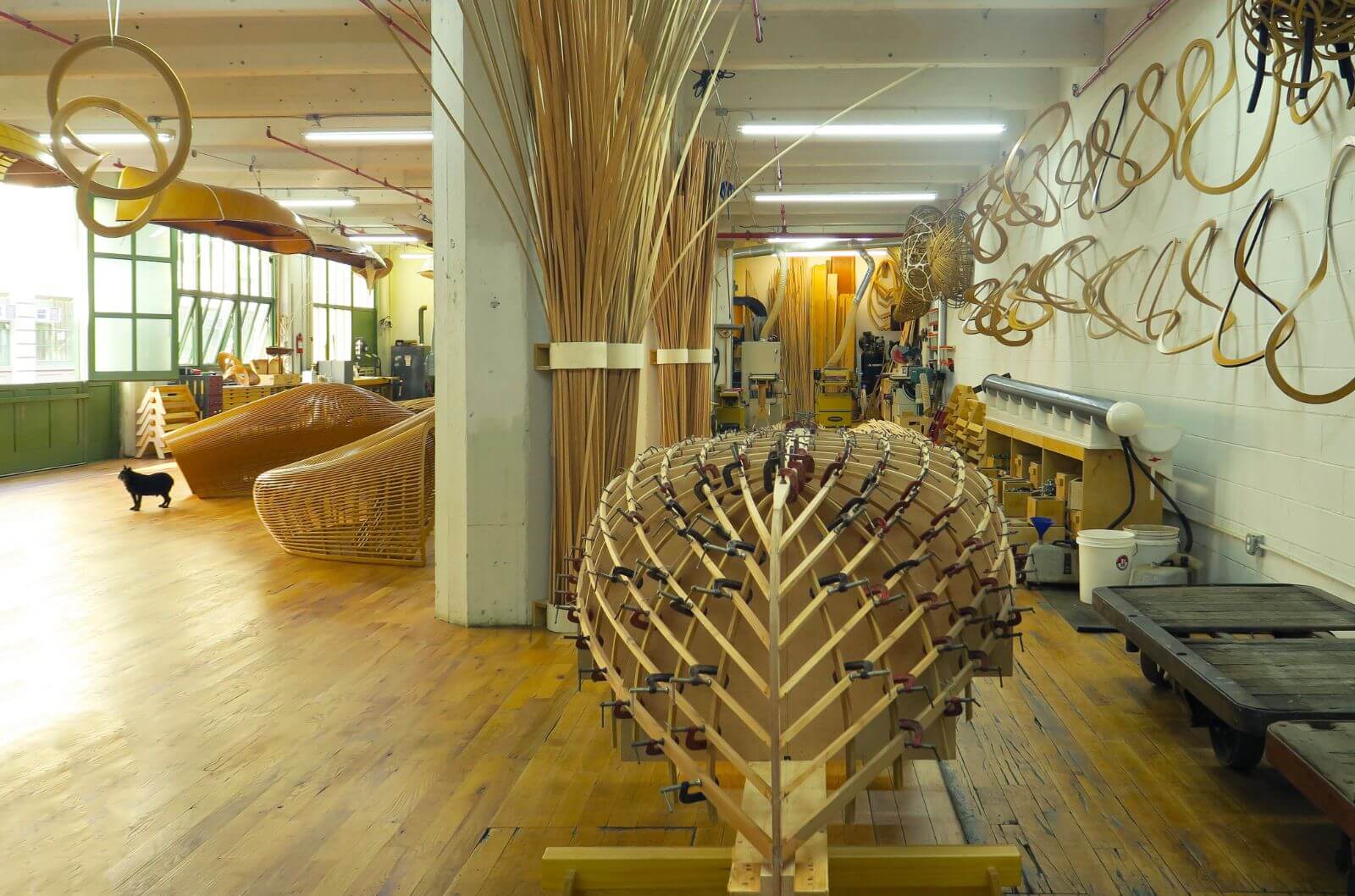 When the student unrolled the boat plans (by Platt Monfort, inventor of the Geodesic Airolite Boats) a whole new universe opened for Pliessnig. When he saw the actual mould they were making for the boat, he noticed that it resembled the models he was seeing whilst learning how to use the 3D software Rhino. Together with some other students he decided to build his own boat. “I was following Monfort’s plans, but I also saw that I could bend these pieces of wood anywhere in this mould and the number of curves could be endless,” Pliessnig recalls. 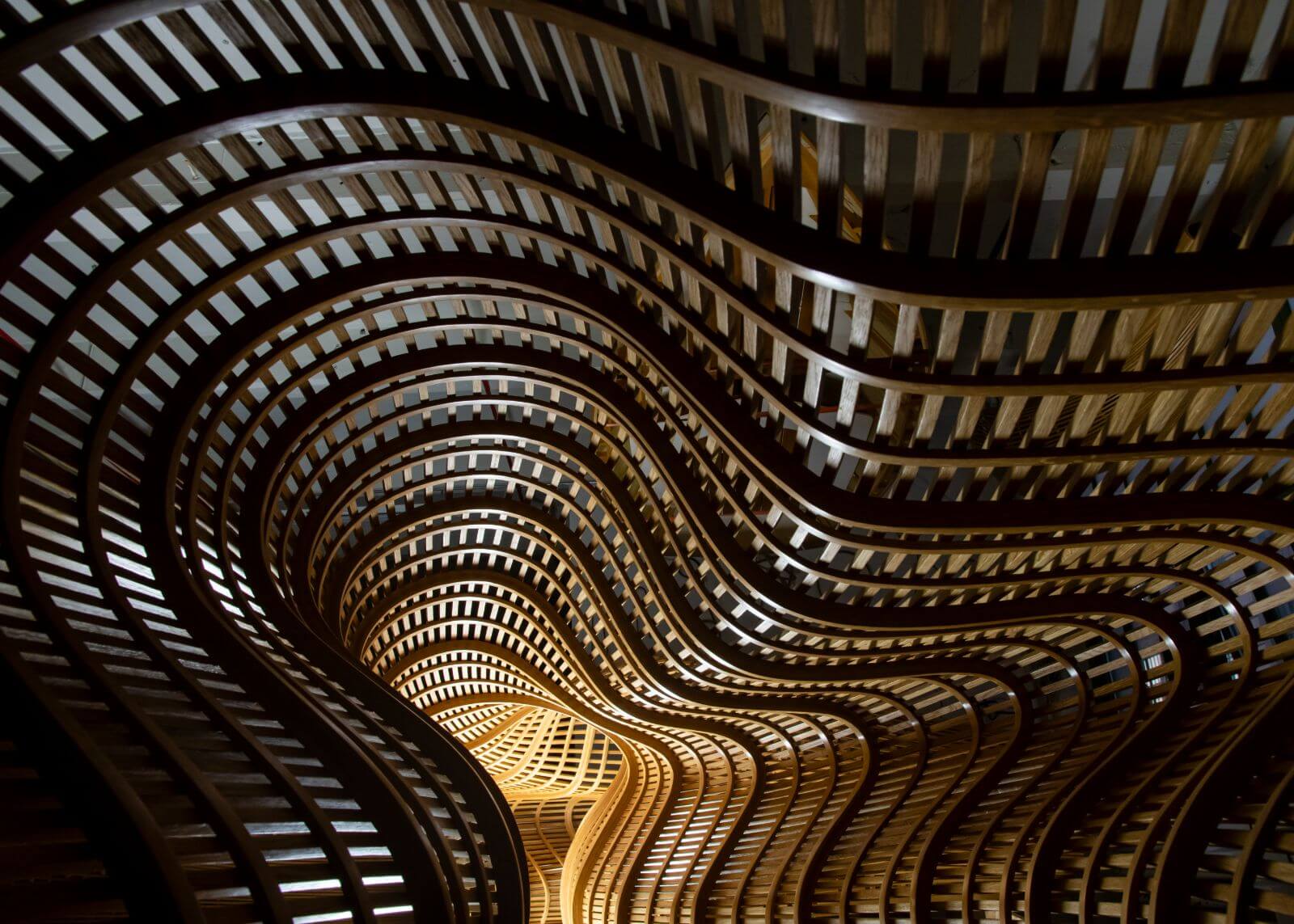 Boat building also gave the designer an important insight into the relationship between beauty and function. “I love the idea that a boat can be such a beautiful thing, but they are only beautiful because they must work,” he reflects, “Performance and beauty rely on one another.” 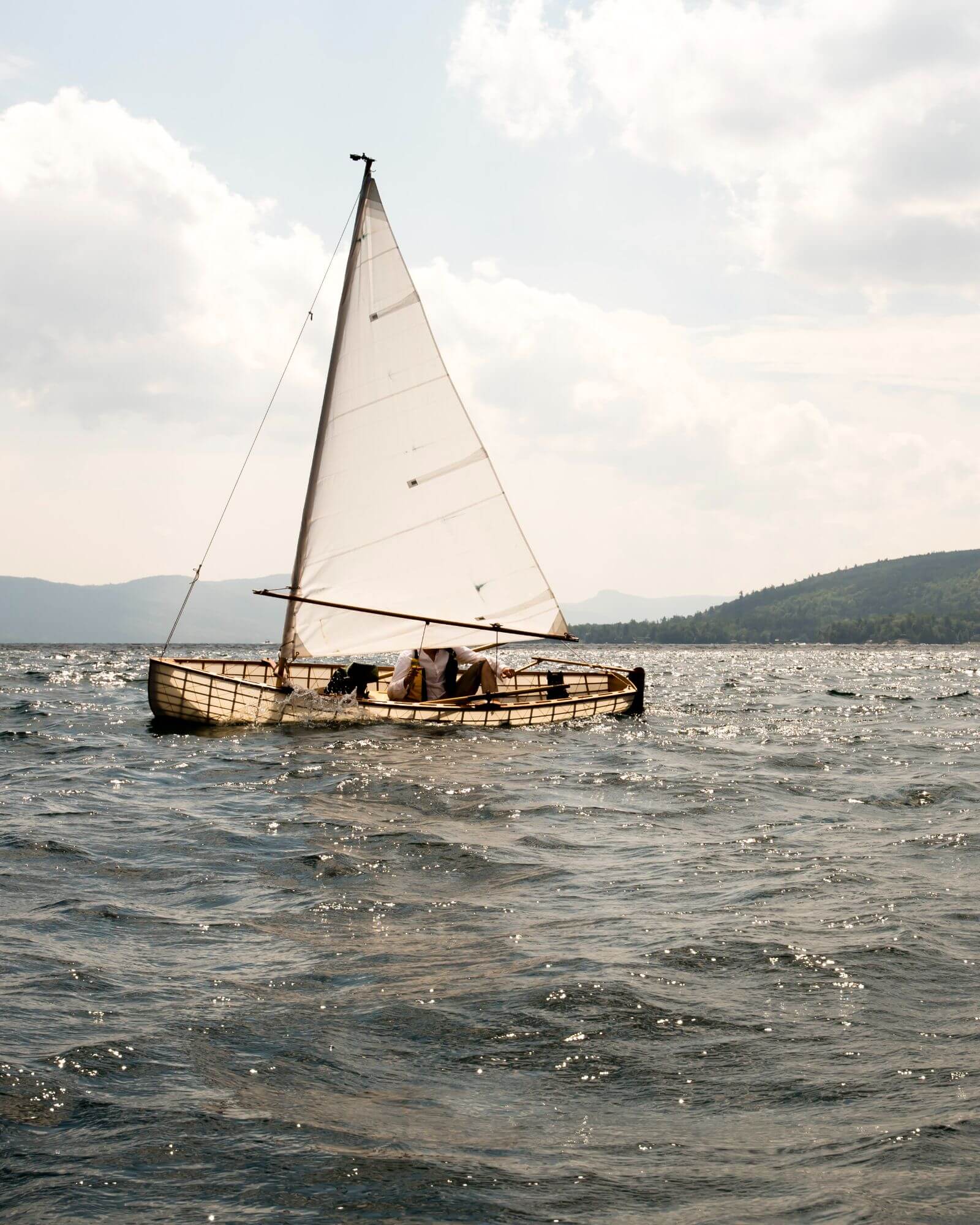 Through trial and error he started to develop his technique and aesthetics, trying to understand how to achieve the 3D curves through linear elements. As he worked he learnt how to balance his reliance on the computer software model with the wood’s character. “The computer helps me figure out the geometry, but then at one point I have to let the material itself figure that out.” 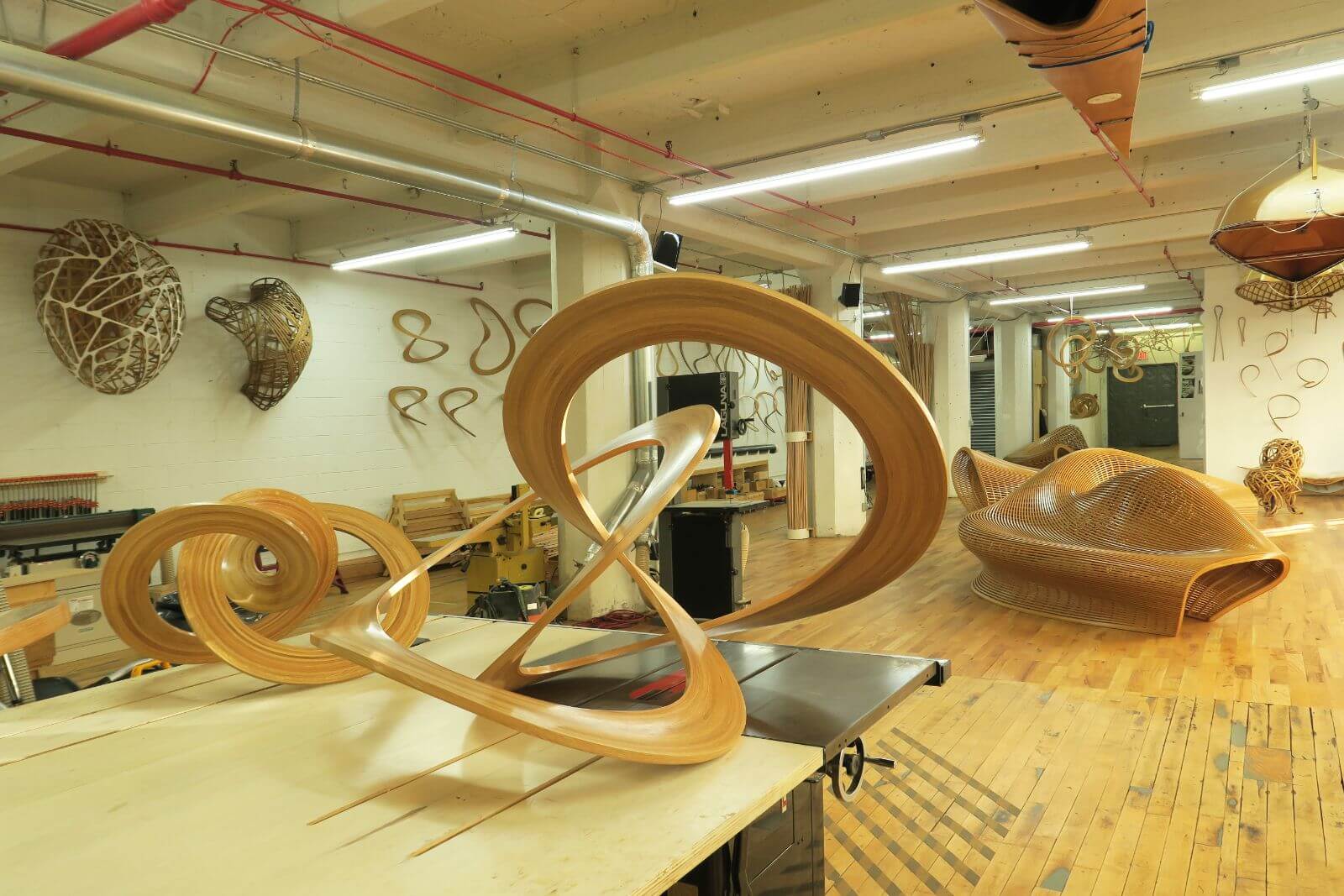 Having finished his degree and seeing the opportunities of new digital art and design platforms, Pliessnig began submitting his work – with encouraging results. Gradually, he began to build a name for himself. This was followed by placement in important collections including the Renwick Gallery of the Smithsonian American Art Museum, Museum of Arts and Design (New York), Michener Art Museum (Pennsylvania), and ASU Art Museum (Arizona).

“Is it sculpture? Art? Furniture? Design?” Pliessnig’s work continues to sidestep definitions, but is united by beauty. “Structures can be sculptural and function poetic,” he states with conviction. 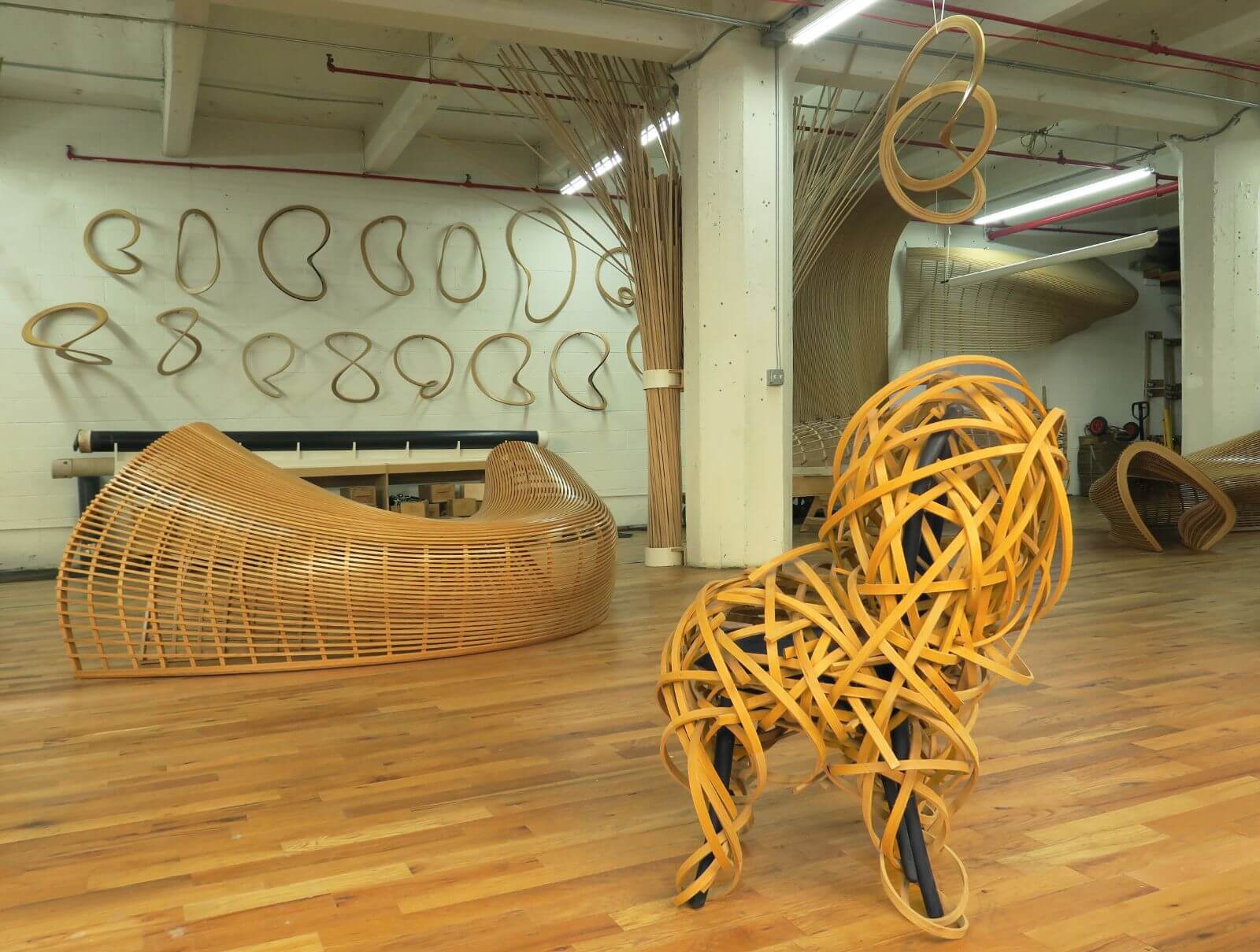 Leo Orta: Striking out independently with a solo show, the designer discusses his new compass setting. 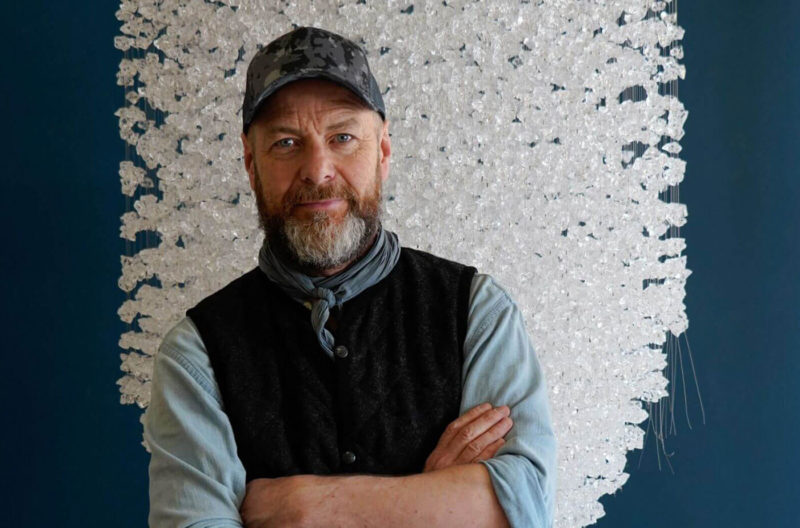 Stuart Haygarth: “A lot of my work is about abandonment and loss, I think. And giving things a second life.” 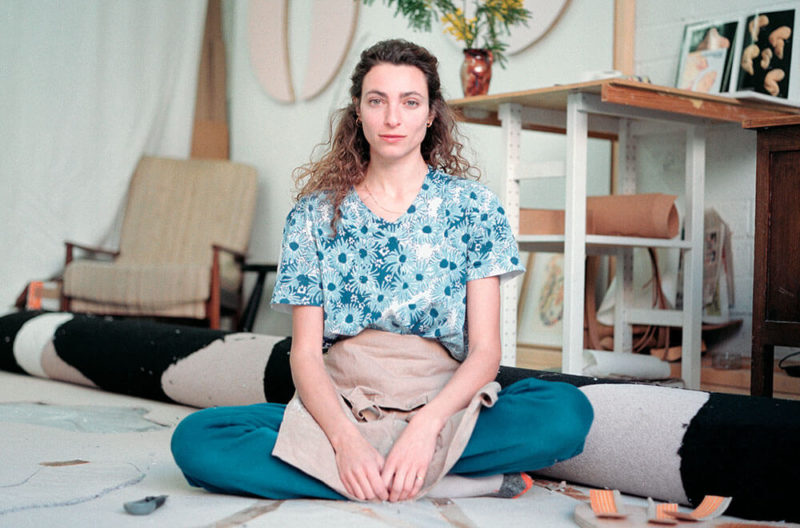 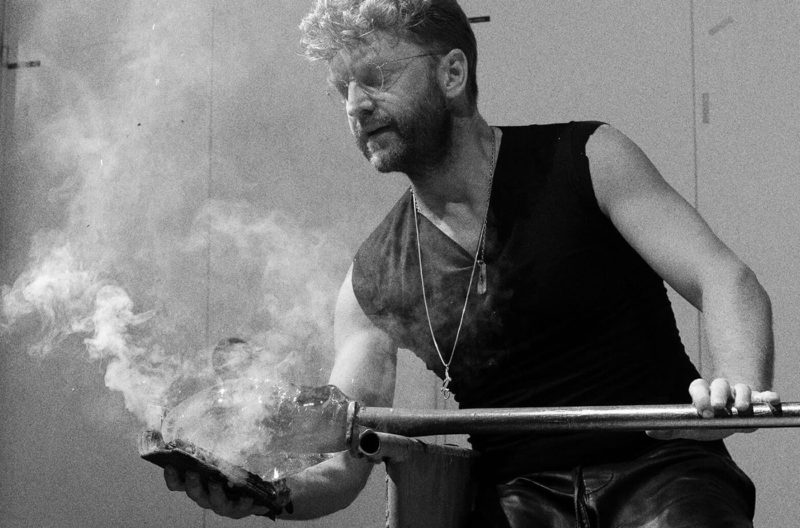