The Design Edit catches up with the gallery's founder just after the opening of her second gallery, in Megève. 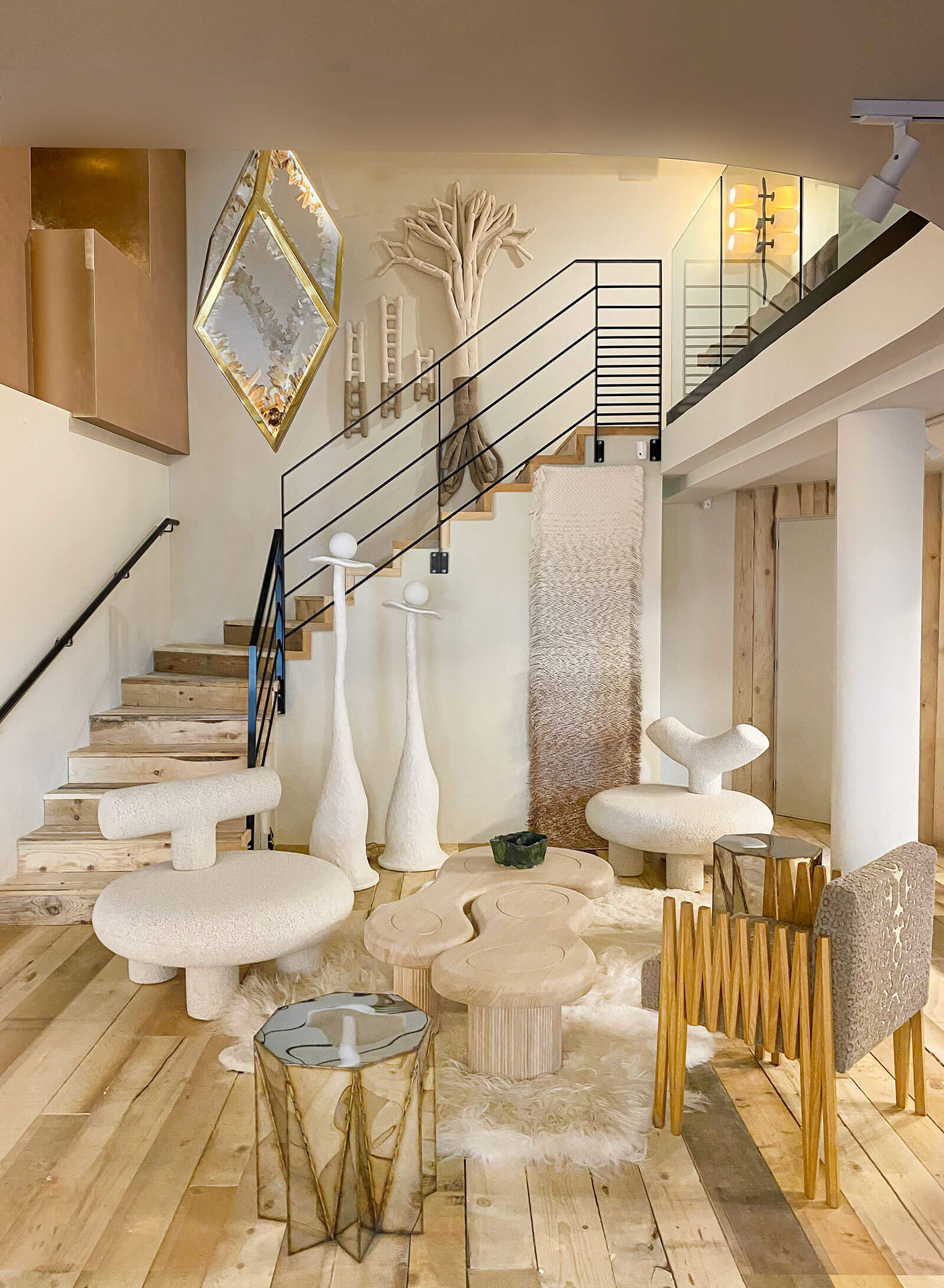 ARMEL SOYER IS not easily discouraged. After France’s first lockdown last spring, the Paris gallerist started looking for a second space in Megève, a ski resort in the French Alps. During the second lockdown in November, by which time Soyer had found her space, she focused on renovations and curating her inaugural show. Happily, she was able to open the doors just before Christmas.

Born in 1975, Soyer worked for Lalique, the venerable French crystal manufacturer, before founding her gallery located near the Pompidou Centre in 2012. Since its inception, she has favoured designers whose works bring a joie de vivre to interiors. Gradually, her ethos has evolved from reflecting a French lifestyle philosophy towards representing an international stable of designers. 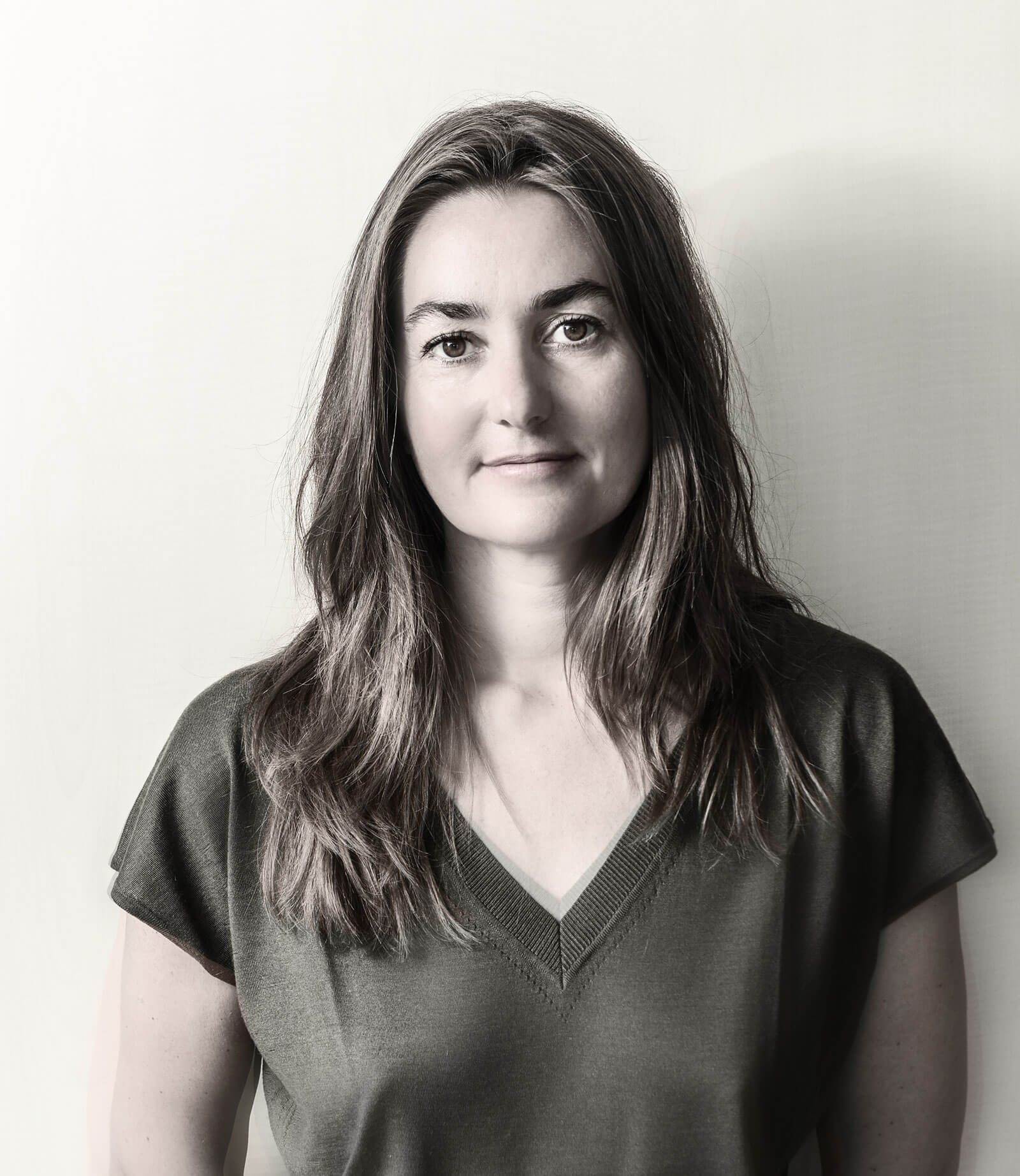 The Design Edit (TDE): Why did you decide to open a second space in Megève?

Armel Soyer (AS): I moved to Megève five years ago with my husband and children, although I continue to work in Paris during the week. I used to have a showroom at home – a restored, eighteenth-century farmhouse – but I wanted to find a more visible space in the centre of the village. I found a magnificent house that was originally decorated by the architect Henri Jacquelin, who designed several places here when the Rothschilds developed Megève as a ski resort in the 1930s. There are enormous granite pillars at the entrance and rounded arches. 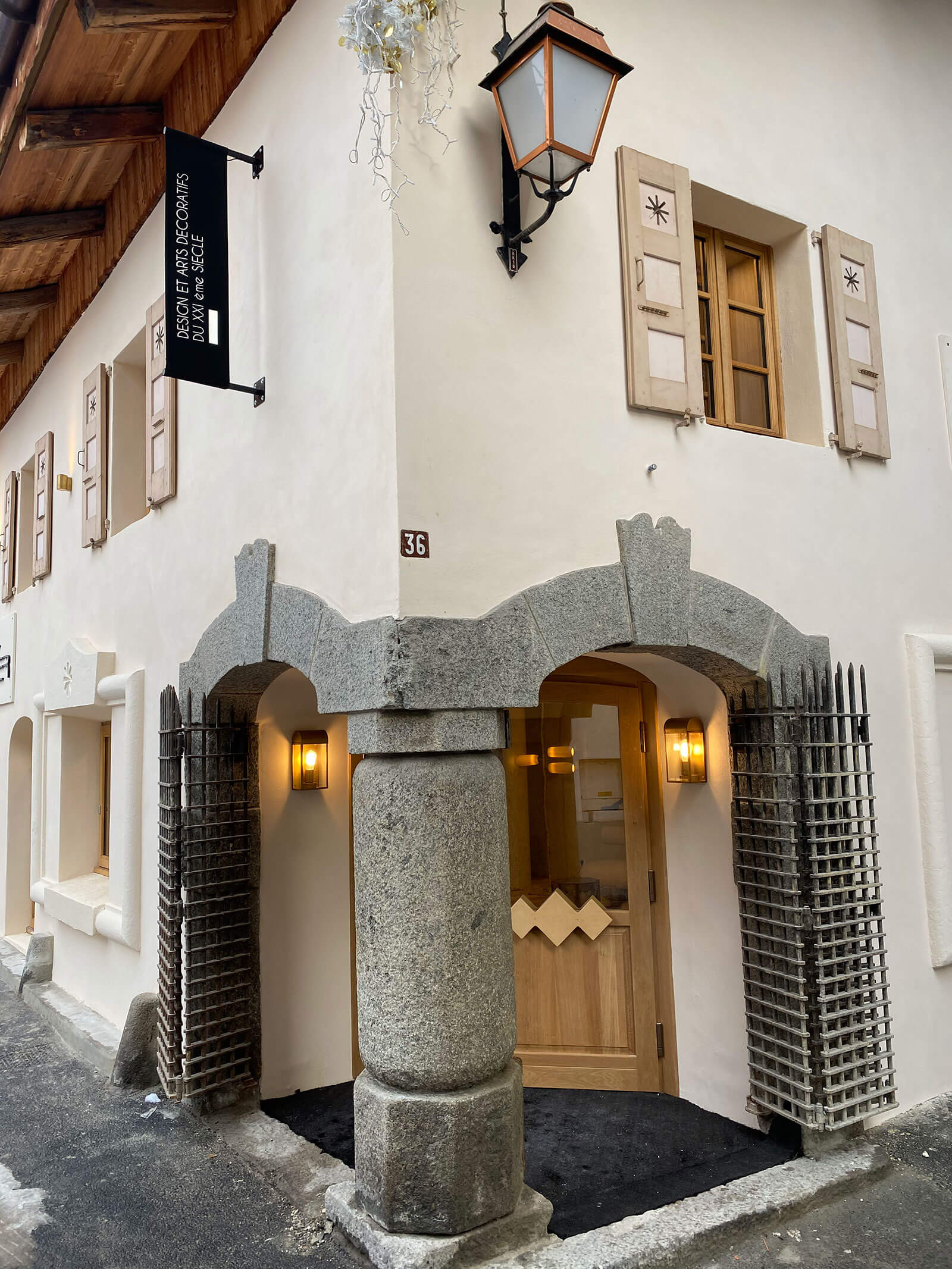 TDE: How hard was it to open your space during the pandemic when French ski resorts were closed?
AS: It has been hard, but luckily we’re less affected than other ski resorts because it’s more about ‘art de vivre’ in Megève – hiking and the beautiful landscape – than skiing. When I signed for this space in the autumn, I didn’t imagine a second lockdown. When [French President Emmanuel] Macron made us re-confine in November, it was hugely stressful but we were able to open a week before the Christmas holidays, which was perfect timing.

TDE: What can you tell us about some of the works in your inaugural group exhibition?
AS: There’s a rock crystal chandelier by Melbourne-based Christopher Boots that’s quite exceptional and has been in my collection for a while. I have a rare chest-of-drawers made of oak and hemp rope by Christian Astuguevieille – it’s his second such piece; armchairs in soft, organic forms by Russian designer Olga Engel that everybody sits on; some of British designer Julian Mayor’s latest creations in welded sheet metal; and a sculpted oak sideboard by Denis Milovanov. These pieces are objects that one wants to have in the countryside. 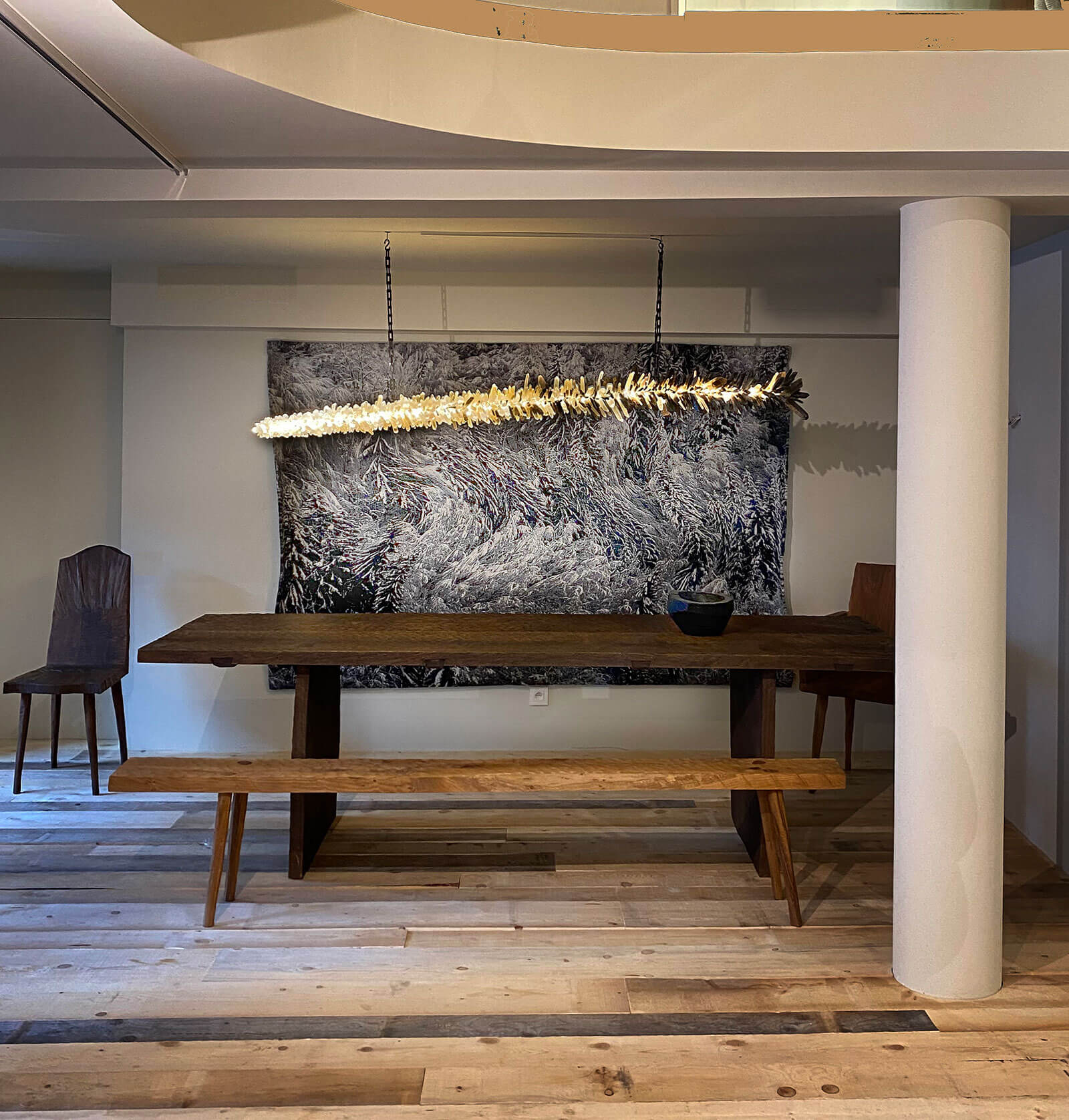 TDE: What kind of clientele do you hope to attract in Megève and what exhibition plans do you have?
AS: The population is mostly urban, educated, cultured people – Parisians, as well as the Swiss, and Italians living in Milan and Turin. People are usually here for short periods of time so I’m going to focus on group shows, rather than solo shows. I’ll change the scenography in February so that people who were here at Christmas will see new things when they’re back – and we’ll change again in the summer.

TDE: Why did you decide to open a gallery in Paris in 2012 and how have you evolved?
AS: I’ve always been passionate about decorative arts and worked for Lalique for ten years, travelling the world to train staff in our stores. Living with an artist made me interested in contemporary creation. Initially, I intended to promote French designers like Pierre Gonalons and Mathias Kiss. My first exhibition in 2012 was with Emmanuel Bossuet, who created a bespoke wallpaper, followed by Pierre Gonalons’s ‘Pavillons’ collection that got us accepted at DesignMiami/Basel. As I evolved, I realised that the art market is very international and without boundaries for both clients and artists, so I expanded my programme to Russian and British designers and other nationalities. Today, I bring different cultures into dialogue. People say that there’s a magical alchemy in the mix of works that I represent even though the approaches are completely different. 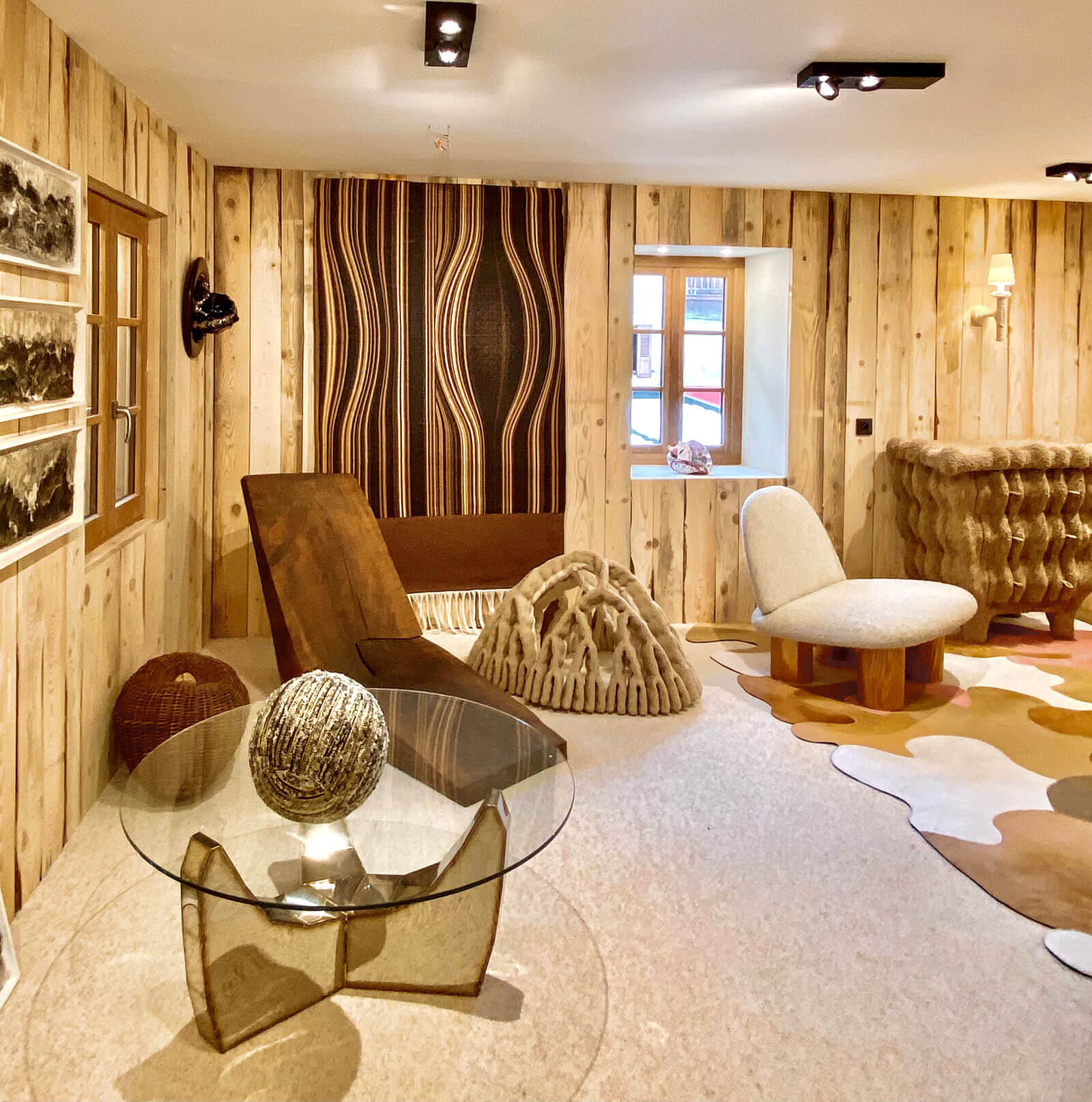 TDE: Did you grow up in a creative family?
AS: I’m the daughter of racehorse trainers and was born in Chantilly, the French capital of horse racing, in the jockeys’ hospital! I’m not from an arts-oriented family, but it turns out that the two worlds are quite close professionally. My father needed to gain the trust of wealthy racehorse owners in order to persuade them to buy expensive horses; similarly in the art world one needs to gain trust and take risks in order to win. When I was young, my mother did a lot of entertaining with horse owners. It’s the same with the PR side of the art world – it’s an ‘experience trade’ where there’s no place for anything average.

TDE: What is the common thread running through your stable of designers?
AS: It’s a story of taste which is difficult to define. I’ve never chosen a ‘white cube’ environment and I like warm pieces and nice materials. But I have designers of completely different profiles and the forms can be opposites with no formal link, which creates a ping-pong effect. 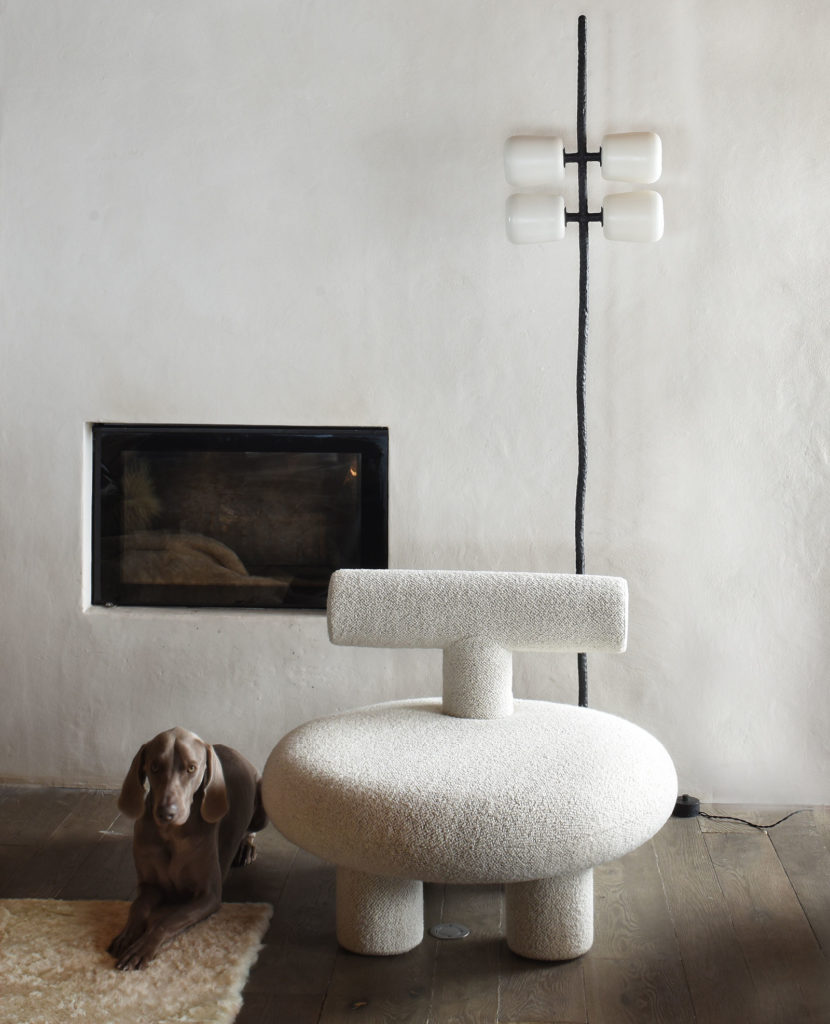 TDE: What other plans would you like to make for this year?
AS: I’m not making plans this year, I’m leaving space for improvisation. In the last year, we’ve all been making plans only to have to unmake them five minutes later! At the moment I’m concentrating on Megève and not on solo shows in Paris. We’ll see in the second half of the year if we can hopefully start planning things again. 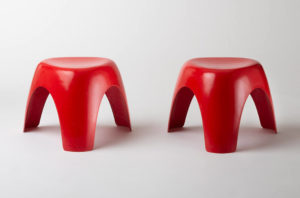 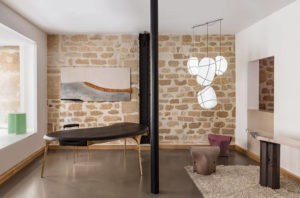 Exhibitions
Paris Dispatch: November 2020
A report from the French capital, before the gallery doors closed.
By Anna Sansom 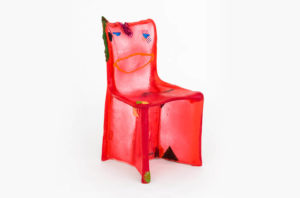 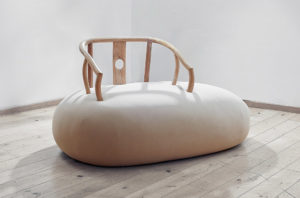