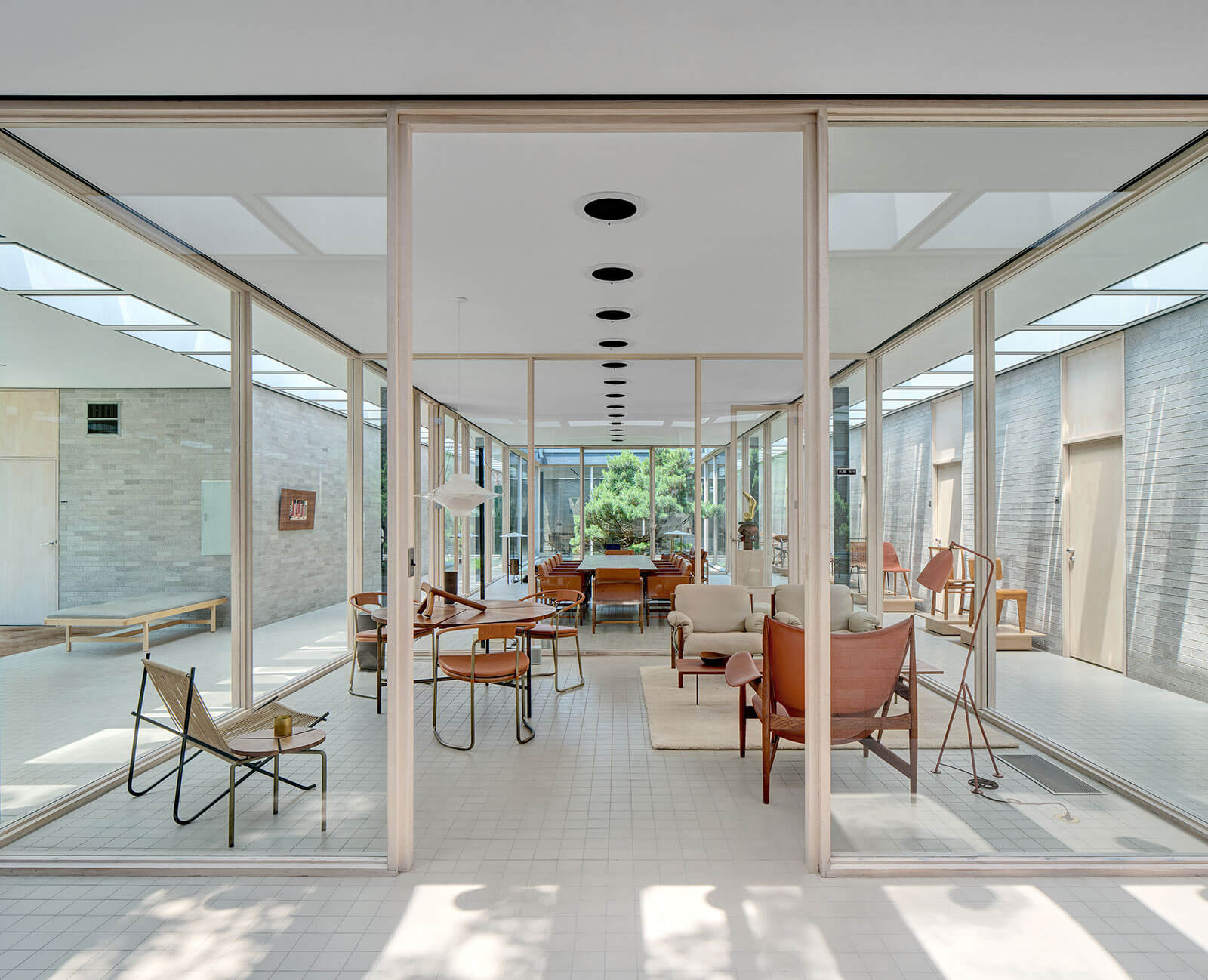 Installation view of BassmanFellows: Modern in Your Life – Design and Art at the Schlumberger Building
COURTESY: BassamFellows and R & Company / PHOTOGRAPH: Michael Biondo

NEARLY TWO DECADES ago, a mutual love for Modernist design brought Australian-born architect Craig Bassam and American creative director Scott Fellows together. Their inaugural collaboration as BassamFellows at Milan’s Salone del Mobile in 2003 was a bold celebration of Modernist craft set against a predominance of brightly coloured plastic furniture and whimsy forms across the fair. Their display of sleek wood and brass pieces displayed against backdrops of monochrome nature photography instantly put them on the map – but “it was also controversial” the couple reflects. 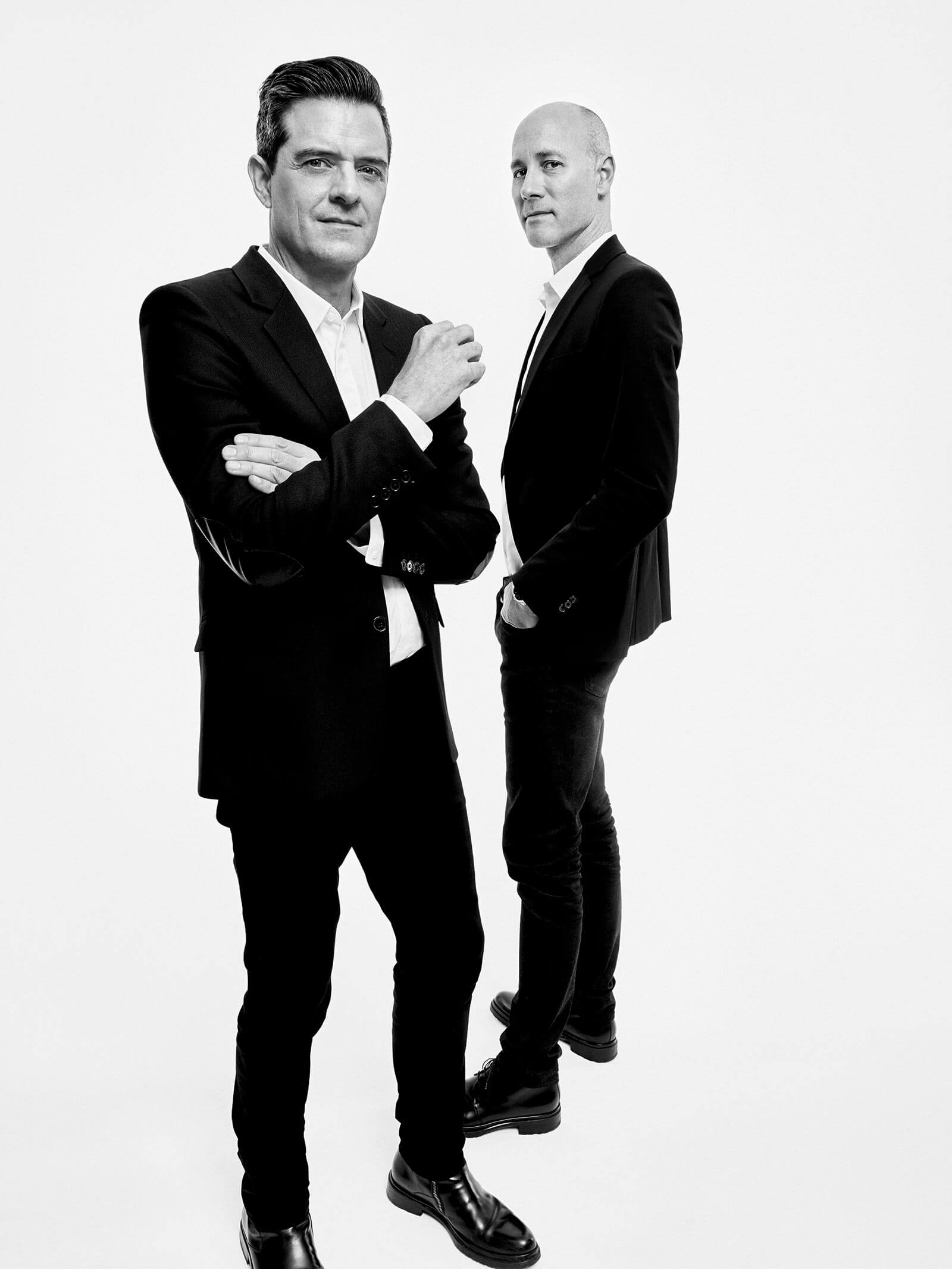 Undeterred, this June BassamFellows presented the first part of the most ambitious exhibition of their career at New York’s R& Company, featuring a series of furniture they produced in Milan over the last four years. Titled ‘Carve, Curve, Cane’ the show reveals their continuing appetite for classic Modernist materials and forms – born from a marriage of CNN technology and hands-on artistry. “We’ve been exploring the duality between craftsmanship and industrial processes since carving our first ‘Tractor Stool’ from solid walnut,” they explain. “The constantly improving technology allows us to gradually refine the design.” The show’s title is echoed across the work: chairs smoothly carved from dark walnut; or a daybed formed with tubular steel in elegant curves. 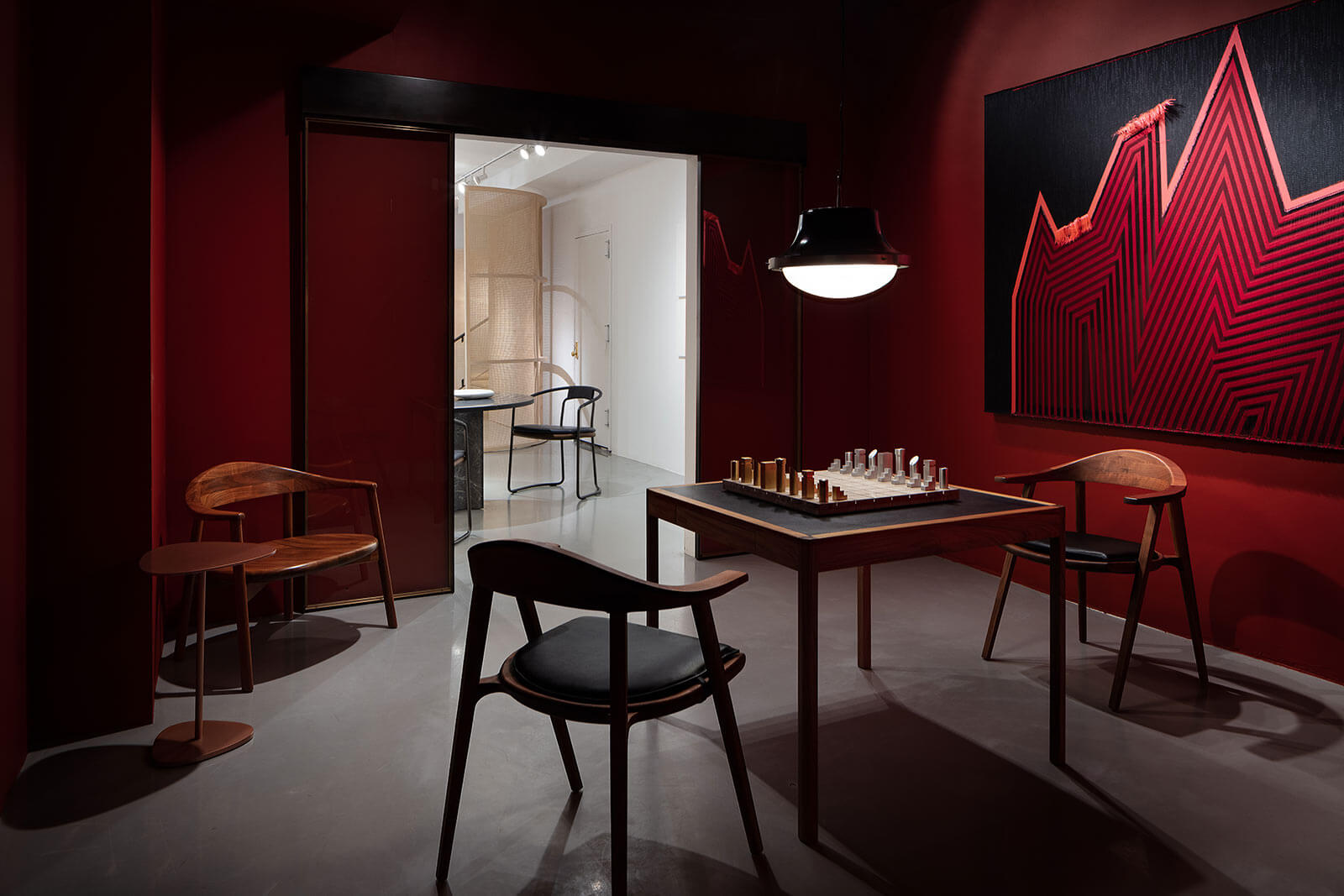 The exhibition’s second iteration has recently opened at the newly renovated BassamFellows HQ, the landmark Philip Johnson building in Ridgefield, Connecticut. A number of their classic designs sit alongside archive pieces from R& Company’s collection, curated by Erica Barrish and James Zemaitis. 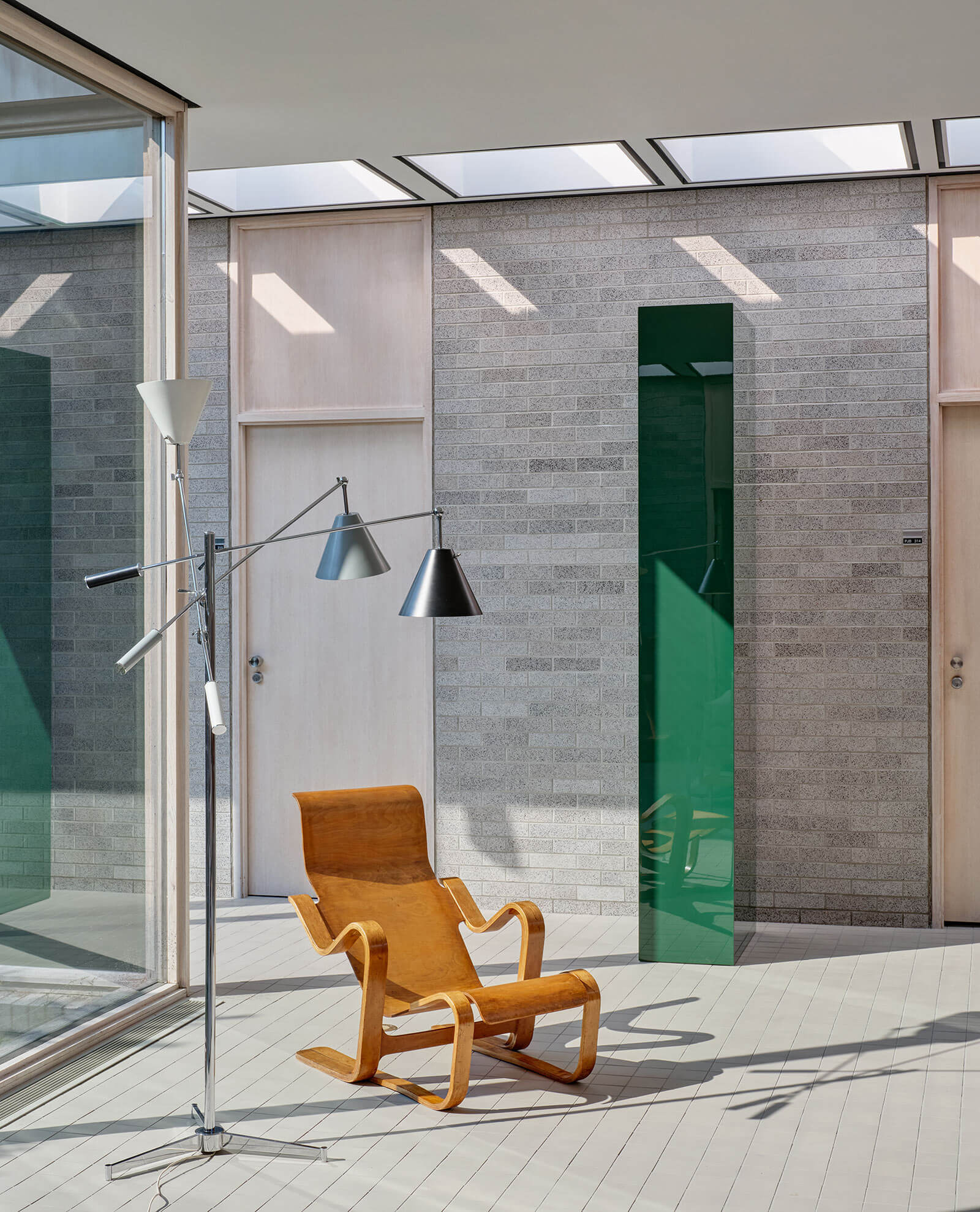 A birch plywood Marcel Breuer chair from 1937, for instance, is placed next to a 1928-dated László Moholy-Nagy geometric drawing (which was personally gifted to Breuer by the artist). In another instance, Ray and Charles Eames’s two blue leather chairs from 1946 match the dense green hue of Joseph Albers’s Bauhaus-inspired painting, ‘Variant/Adobe’, which the artist painted on blotting paper a year later. This quiet conversation of Modernist art and design suffuses the light-filled building, which is open to the public for the first time. 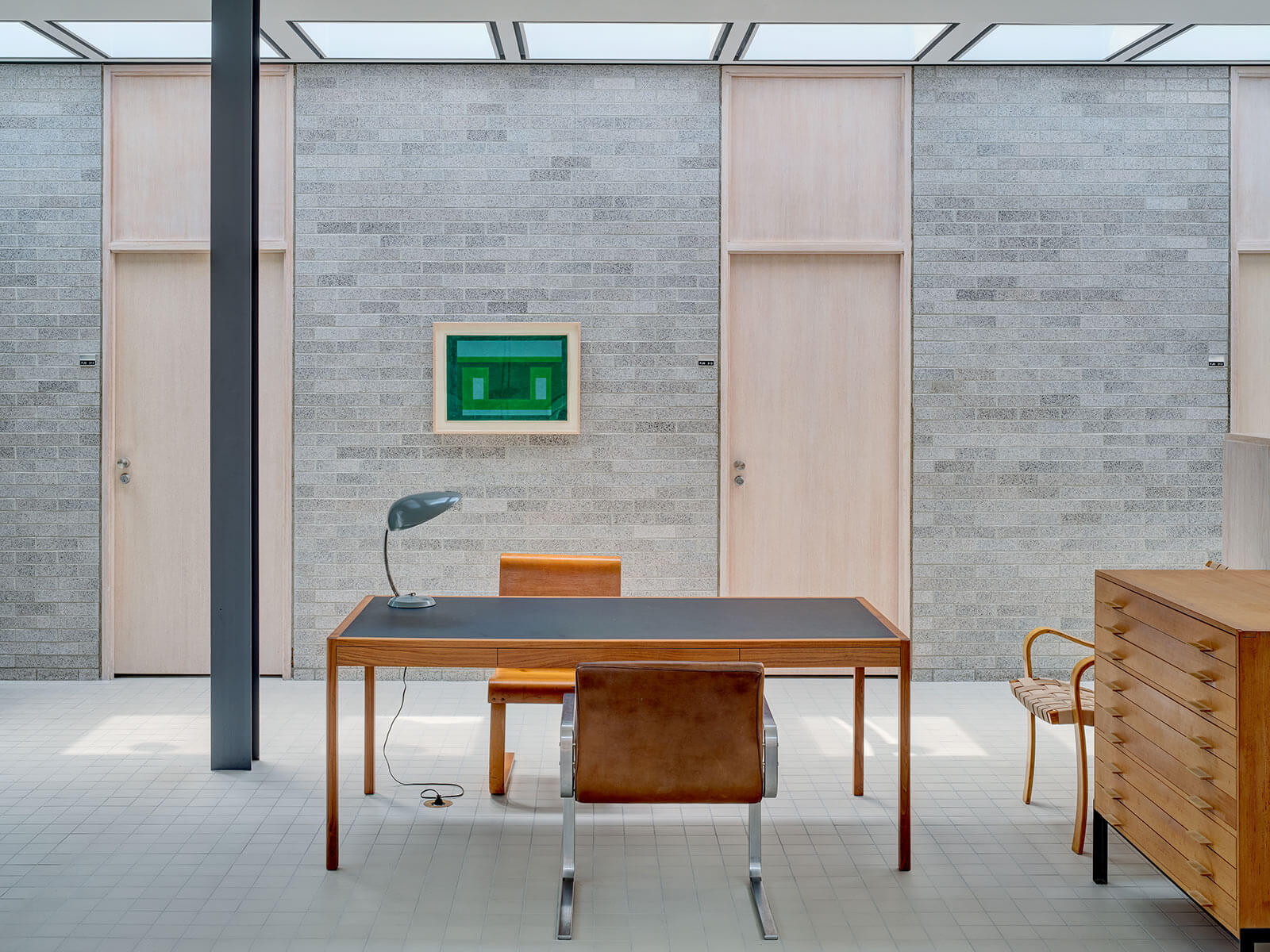 Bassam and Fellows consider the New York show remarkable for manifesting the inseparability of technology and craft in their practice. The CNN carving gives their work a distinguished consistency and precision, while a manual finish gives it a tactility that has been synonymous with their name. “If we go fully industrial, the work would lose its soul – despite all the advancements, we want to maintain the hand of the craftsman,” they say. The designers produce the furniture at a factory in Northern Italy, which they consider to be unparalleled in terms of machine technology. While the production gradually becomes more sophisticated, the finished work expresses a longstanding commitment to the Modernist vision. 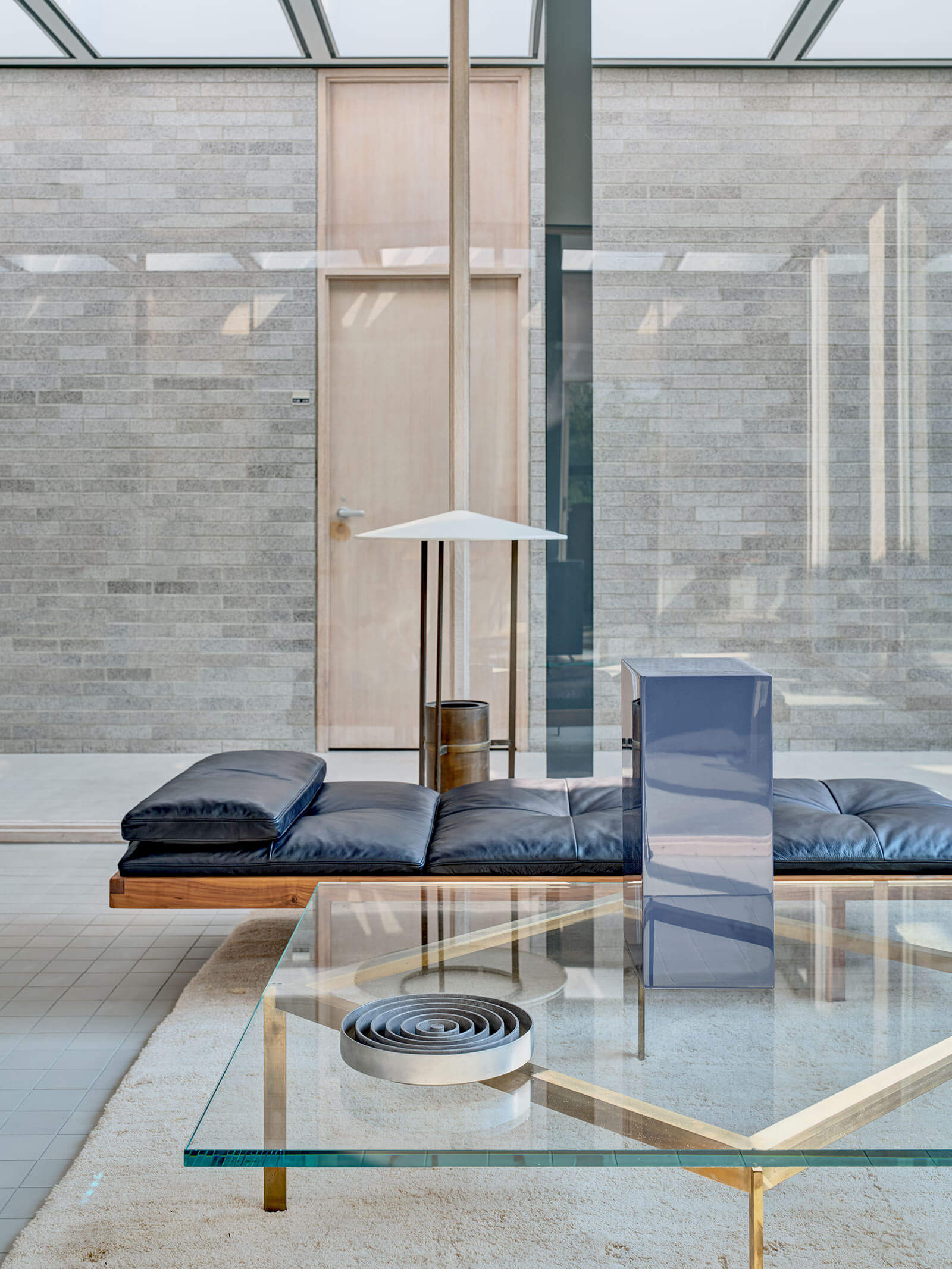 Take, for example, the ‘Spoke’ dining table whose seamlessly joint leg, elliptic frame and beams hold its glass surface with an effortless firmness. A sense of lightness, in fact, is a trait that BassamFellows has been in constant search of. The table’s accompanying armless ‘Brutus’ chairs radiate this duality of firm production and elegant gloss. Its legs are designed to oscillate between slim and chunky depending on the viewer’s angle; a woven Vienna cane back adds an amusing and somewhat casual accent to the walnut’s heftiness. The construction and title of the chair design nods to the “monumentality and lightness” theme in Brutalist architecture. European collectors’ interest in richly dark surfaces has prompted the designers to find a way of pausing walnut’s natural change to a mellow golden colour. “Belgian collectors especially prefer the ultra matte finish over a shiny one, so our solution was to coat the wood with boiled oil to stop the yellowing,” the designers explain. 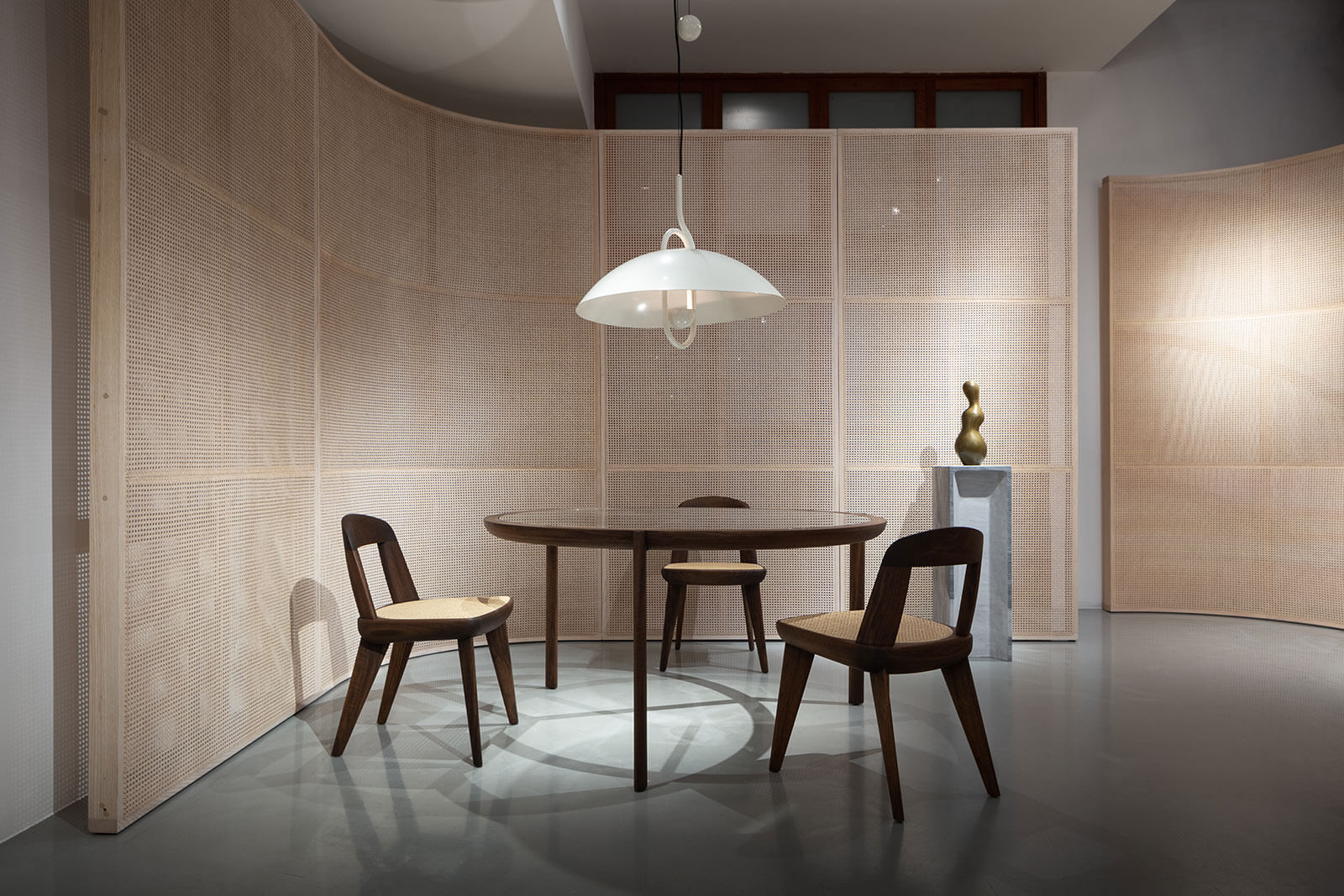 For the duo, carving is a journey taken to reach the material’s most elegant and essential form. The ‘Plaza’ side table, for instance, is carved from a block of marble by creating a simple rectangular silhouette and elegant geometric curves on two sides through sandblasting. The table’s smooth surface changes to a rough touch and lighter shade on both sides. Texture is also key in the ‘Geometric’ side chair, which balances sleekness of steel with Scandinavian leather wrapped throughout its round arms. “The shift from hard and cold, to warm and soft adds a layer of craft and personality to an industrial concept,” they say.

Although Bassam and Fellows have found their passion for design through different trajectories, their love of Modernism has been a strong connection. Through his architecture training, Bassam can conceptualise their work into an exhibition, while Fellows’s former experience in fashion helps them to understand materials and fabrics beyond their physicality. “Time is the only judge for aesthetic movements, but we trust in Modernism’s ability to defy trends,” they say. 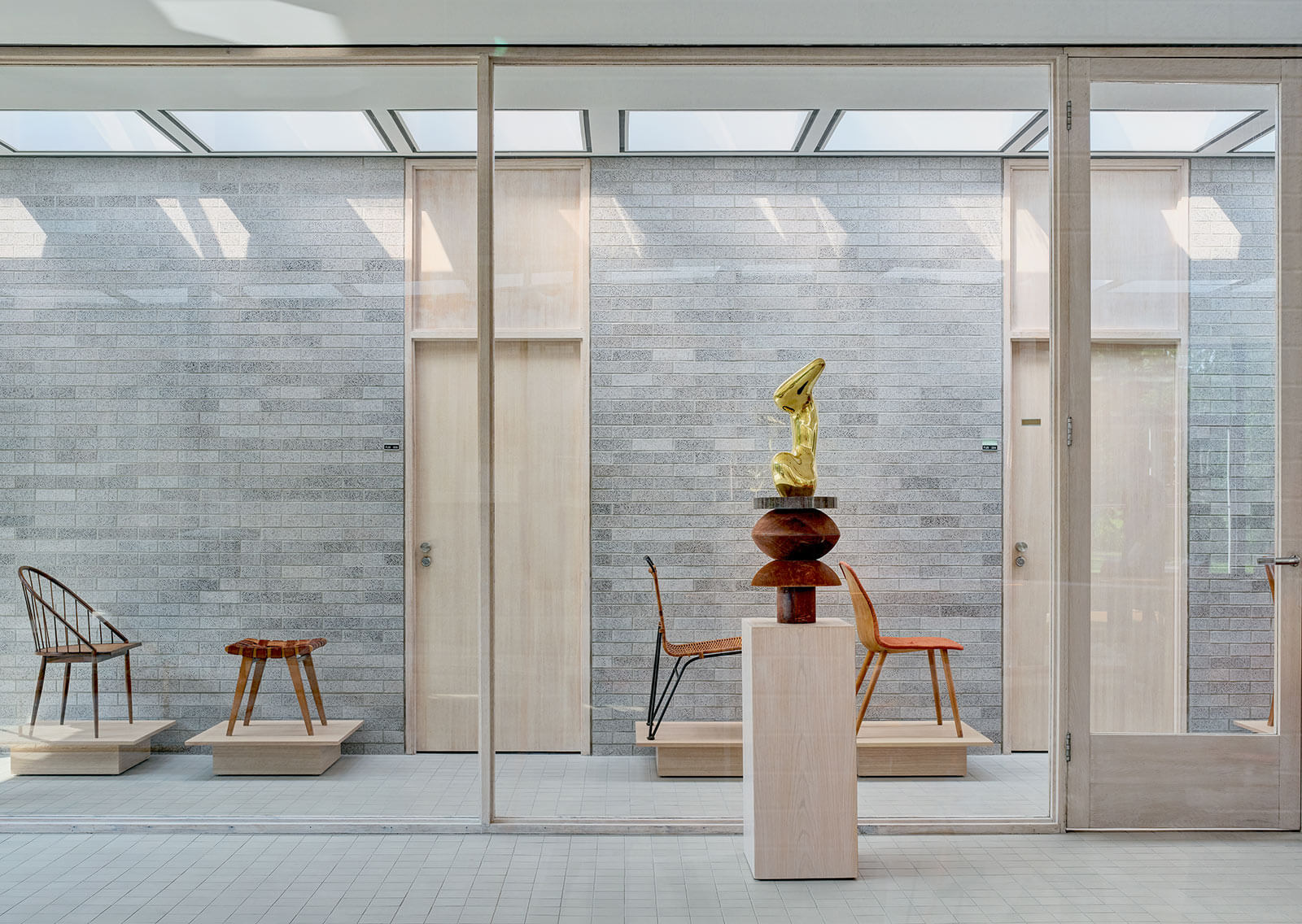 When they first launched their firm, wood craftsmanship was nearly impossible to source, apart from through a few Danish manufacturers. “We started with a mutual desire for objects that would not lose their power over time,” reflect the designers, who live in another Philip Johnson-designed house twenty minutes away from their headquarters. “Witnessing Modernist architecture embrace nature and light during the pandemic has shown us how we hope our design will be considered in the future.” And since Bassam and Fellows added the words “Craftsman Modern” next to their name on their debut booth at Salone, their philosophy rides before them. 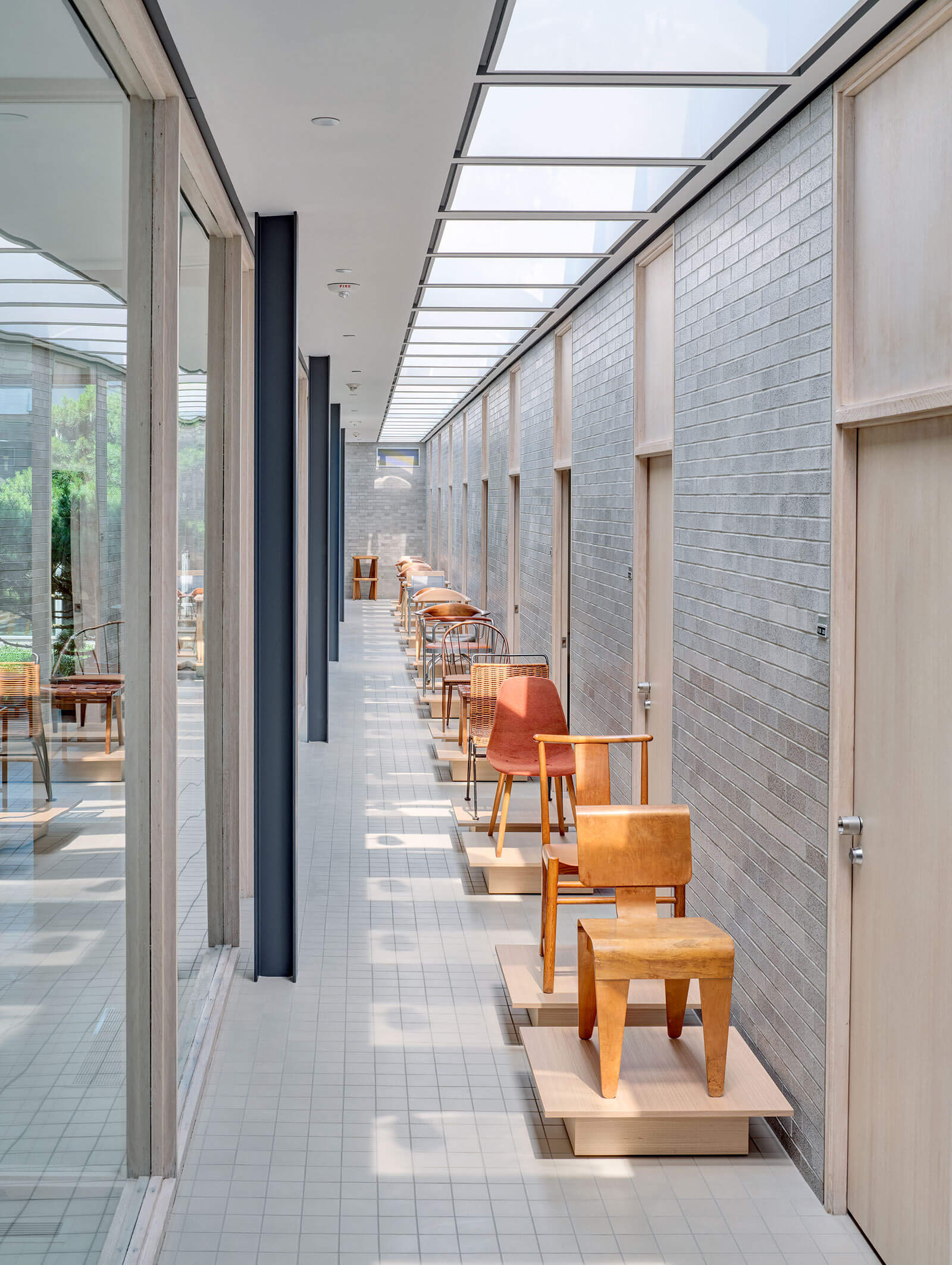 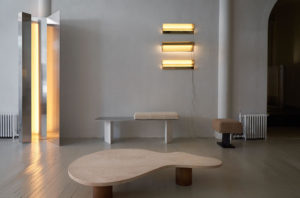 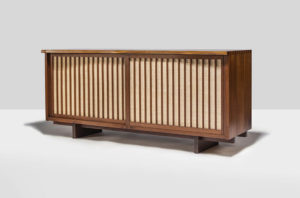 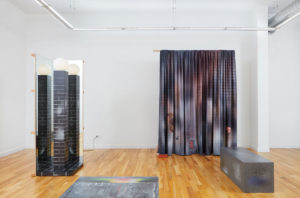 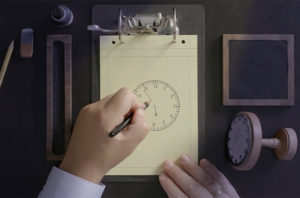 Exhibitions
Maarten Baas: New Times
A gathering of unorthodox clocks, designed impishly to play with our minds and challenge our approach to time.
By Dominic Lutyens
The Design Edit
For Collectors and Dreamers
Read
Connect
Legal
Join Our Bi-monthly Mailer
Follow and Share
© 2022 The Design Edit.
All Rights Reserverd