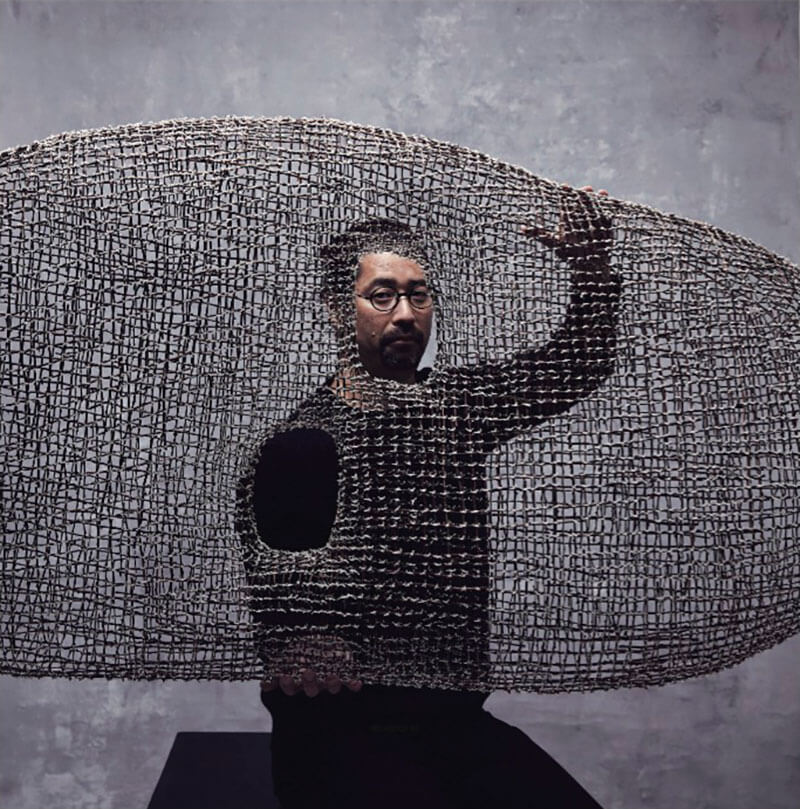 THE RETURN OF Collect to Somerset House gives collectors and dreamers alike the enviable opportunity to get closer to works by some of the world’s foremost artist-designer-makers. This year’s collection shows a strong vein of work seeking to highlight, interrogate and celebrate humankind’s relationship with the natural world.

The Design Edit has selected five works, from across the various exhibitors and disciplines represented at Collect 2022,  that exemplify these efforts to bring the essence of nature to the domestic interior. So, without further ado and in no particular order, the objects and their makers … 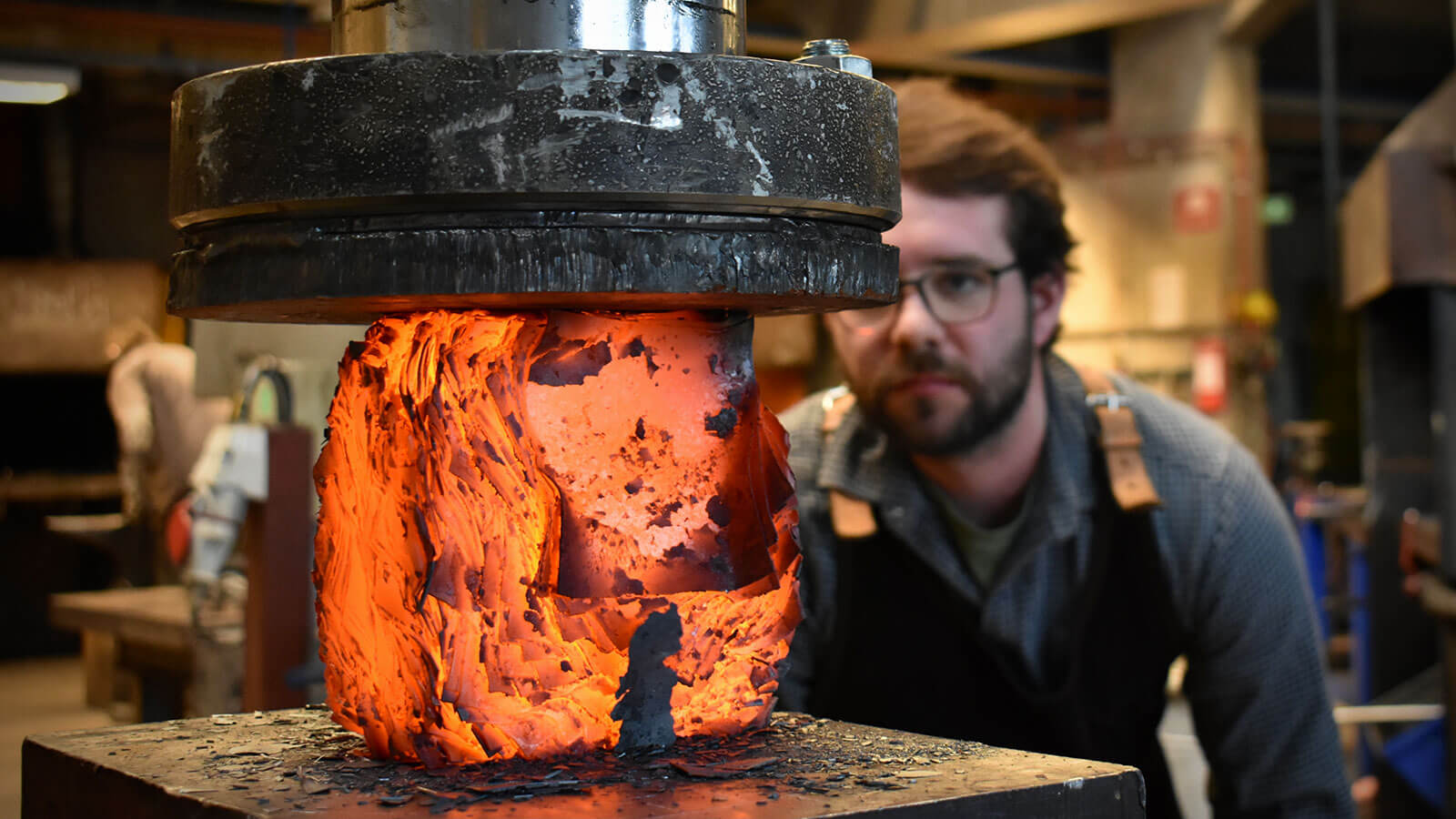 Daniel Freyne
Daniel Freyne is a Scottish blacksmith-turned-artist who aims to demonstrate the limitless potential of contemporary craft. Freyne takes iron, typically perceived as strong and unyielding, and suspends it in a state of tension – almost on the brink of collapse – to produce the imposing, ‘Anchor’. The fissures and cracks that mar the surface betray an oft ignored fragility that exists in tandem with the metal’s strength. In creating these points of vulnerability, the maker challenges romantic understandings of black-smithery as brutish and imprecise, highlighting instead the intricacies of his craft. 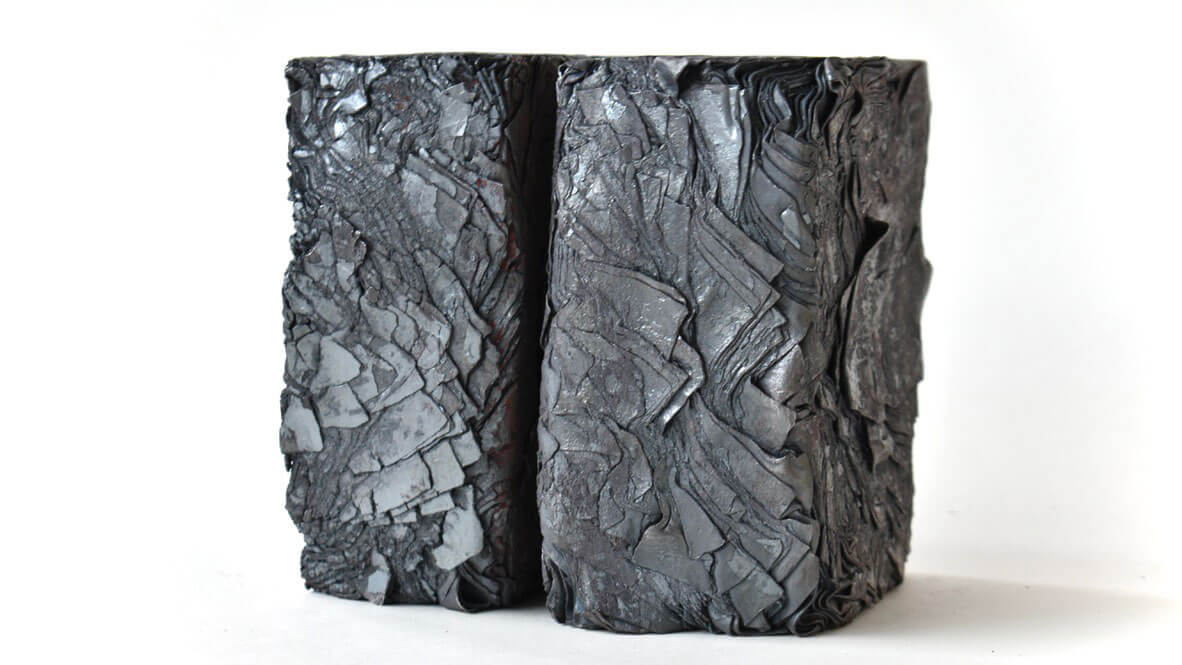 Giuliano Gaigher
Giuliano Gaigher’s works have been shown internationally and are held in permanent collections such as the Museum Paolo VI in Brescia and the Museum of Glass MusVerre in Sars-Poteries. His works are characterised by a technical evolution, recently expressed in ‘Resilience’ – a harmonious fusion of contra-distinct materials and forms. The iron’s cold, angular geometry is pacified by the presence of the glass shroud preparing to engulf it. It is unsurprising to learn, then, that this piece was inspired by an oyster’s ability to transform intruders that enter its shell into pearls: an organic illustration of love’s ability to triumph over adversity. 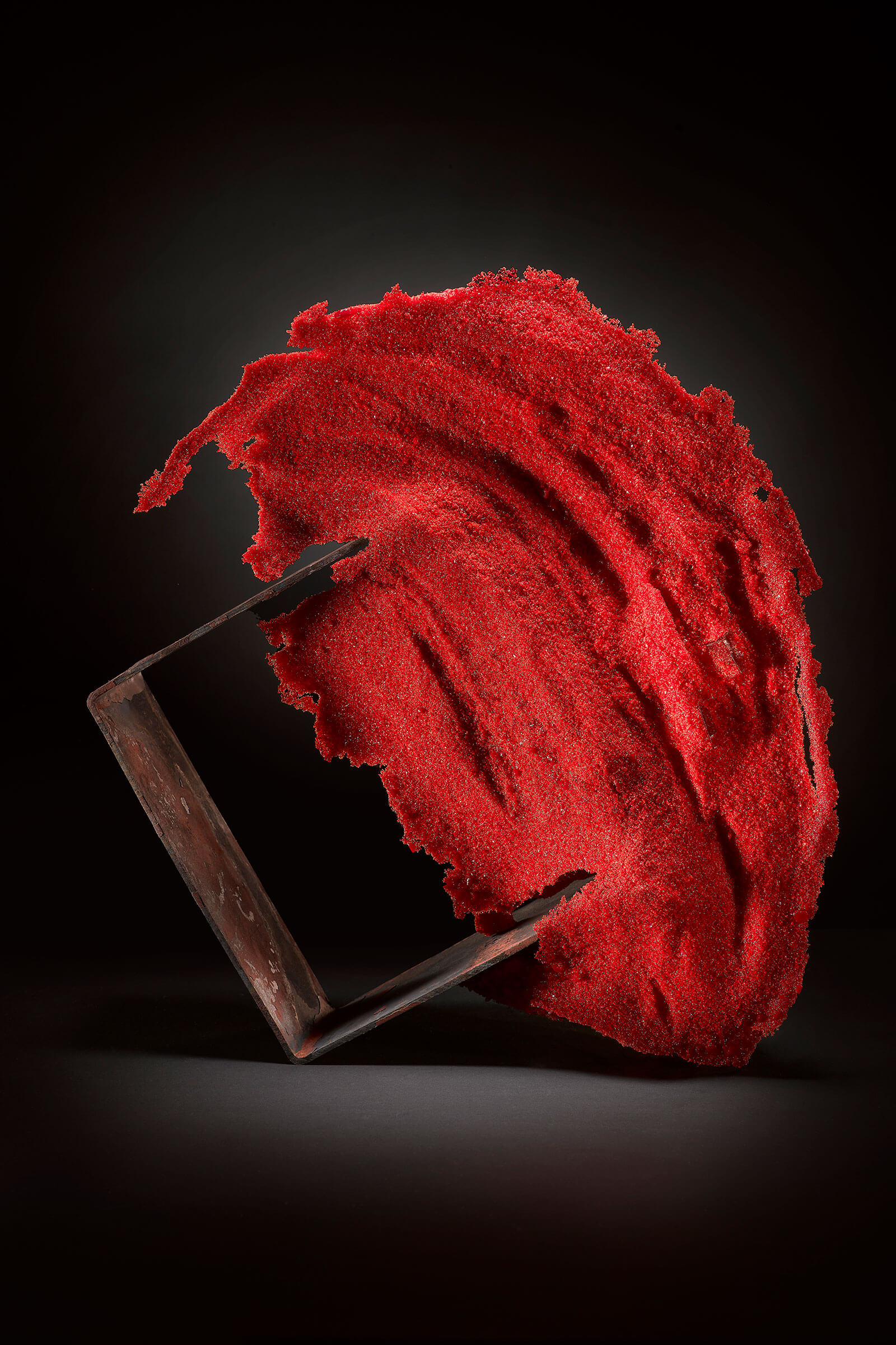 Jenny Hickey
Jenny Hickey is a graduate of the National College of Art & Design, Dublin. Her work has been shown across Ireland, as well as internationally. Drawn to the ethereal and delicate properties of porcelain, Hickey has developed a unique and intricate approach to her work – defined by the rituals, physical rhythms, slowness and repetition of making. This intimate relationship between the designer and her materials is inscribed upon the delicately feathered surface of ‘The Heart Compared to a Seed’ which is comprised of thousands of wafer-thin fired porcelain pieces sewn onto tulle. This piece embodies the complexities and the beauty of the life-force that binds mankind to nature. 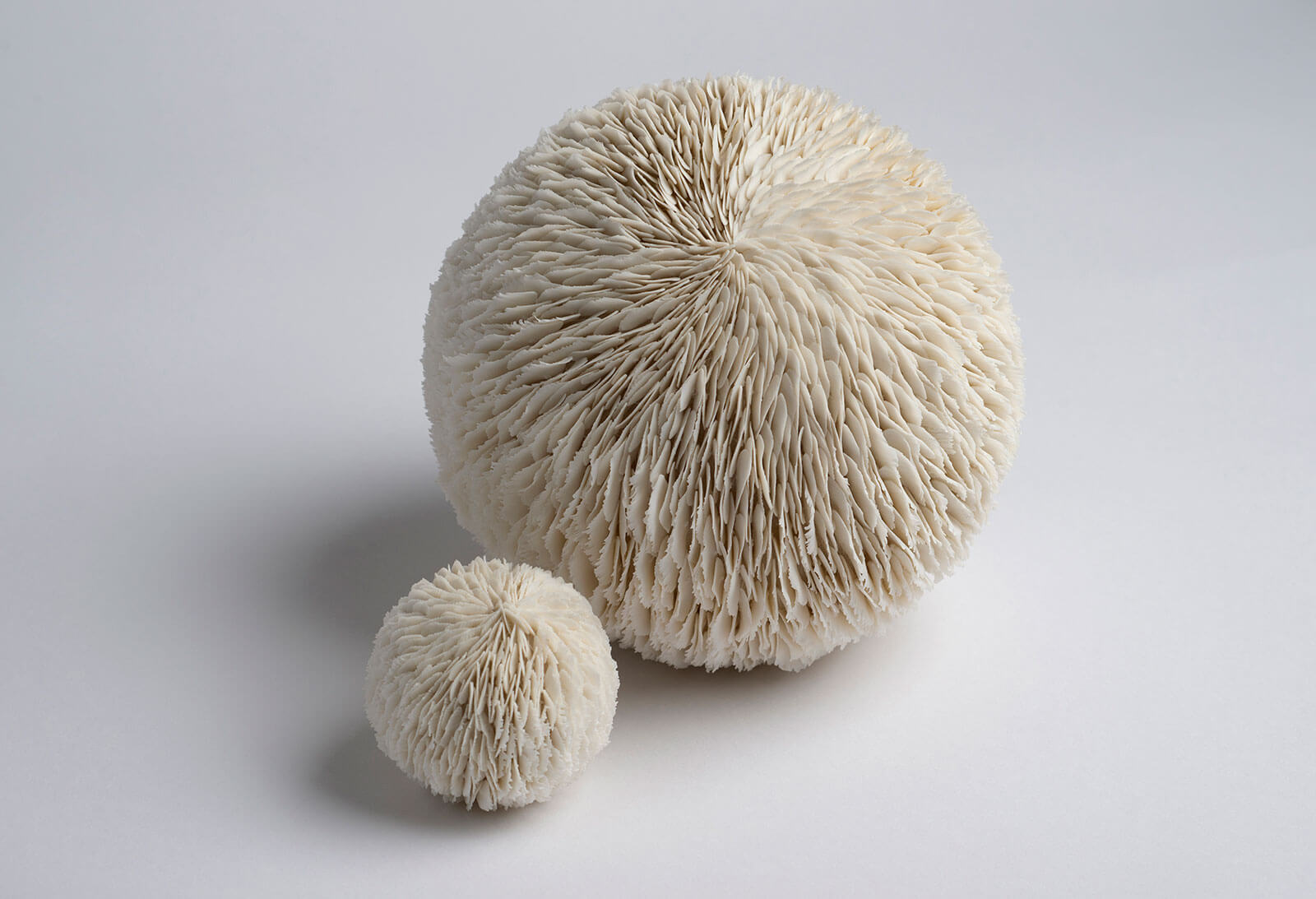 Michael Peterson
Michael Peterson has spent the last 45 years honing his woodworking ability. The intimate relationship he has with his materials is evident in his finely crafted works that can be found in public and private collections the world over. Inspired by the coastal environment of Lopez Island, where he lives, and carved from the native Madrone Burl, Peterson’s ‘Coastal Stacks’ are very much rooted in the landscape from which they sprung – “a material expression of the physical terrain”. The layered form, texture and colour of this piece reference the geological processes that shape the land and asks the viewer to consider their own influence upon the natural world. 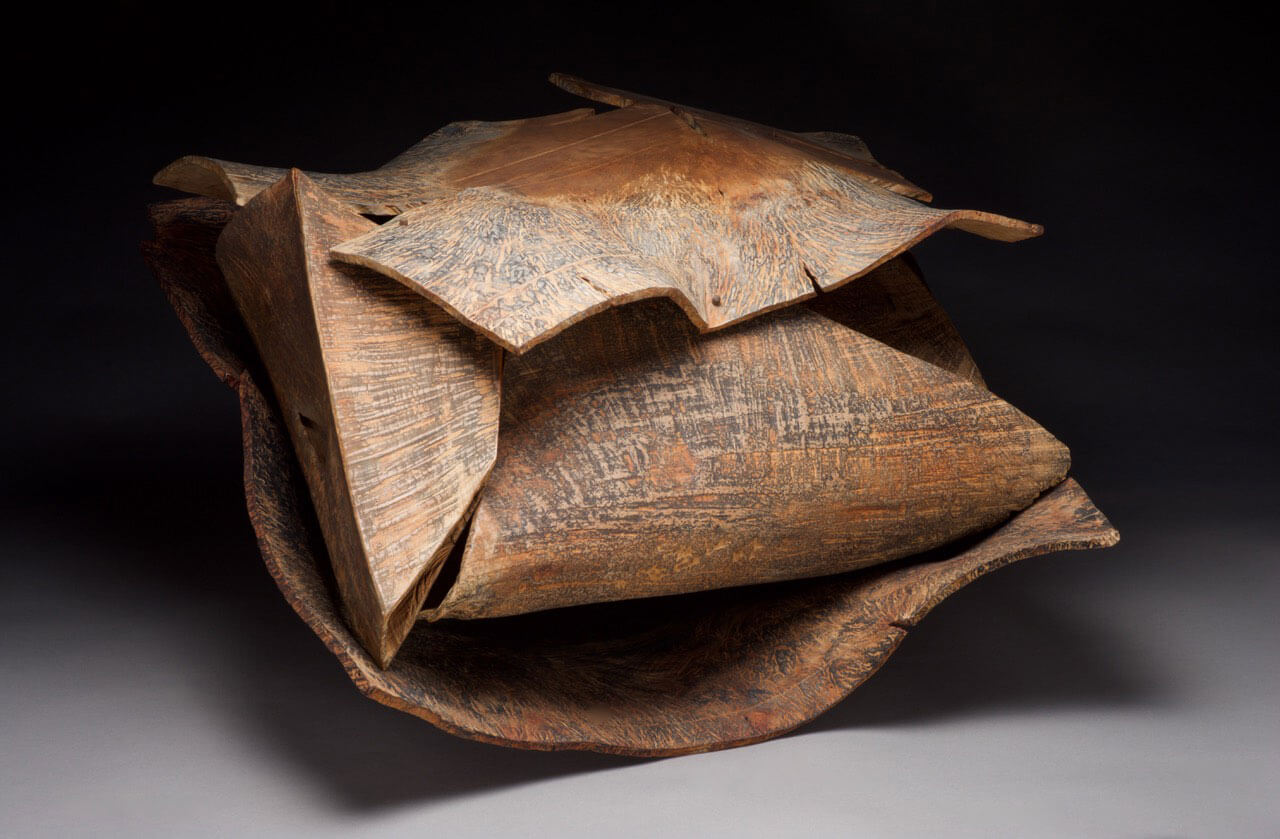 Kazuhito Takadoi
Growing up in the rural outskirts of Nagoya, Japan and having trained in horticulture, Kazuhito Takadoi has a particularly strong connection to the natural world, which provides both the inspiration and materials for his work.

Takadoi works with the materials rather than imposing his will onto them – declining to add pigment for instance – producing objects whose appearance and colour develops over time. ‘Heisei’, which translates as ‘Tranquility’, is the designer’s attempt to bring the peace he finds in his garden and allotment into the interior. This piece is shown by jaggedart in the West Wing of Somerset House. 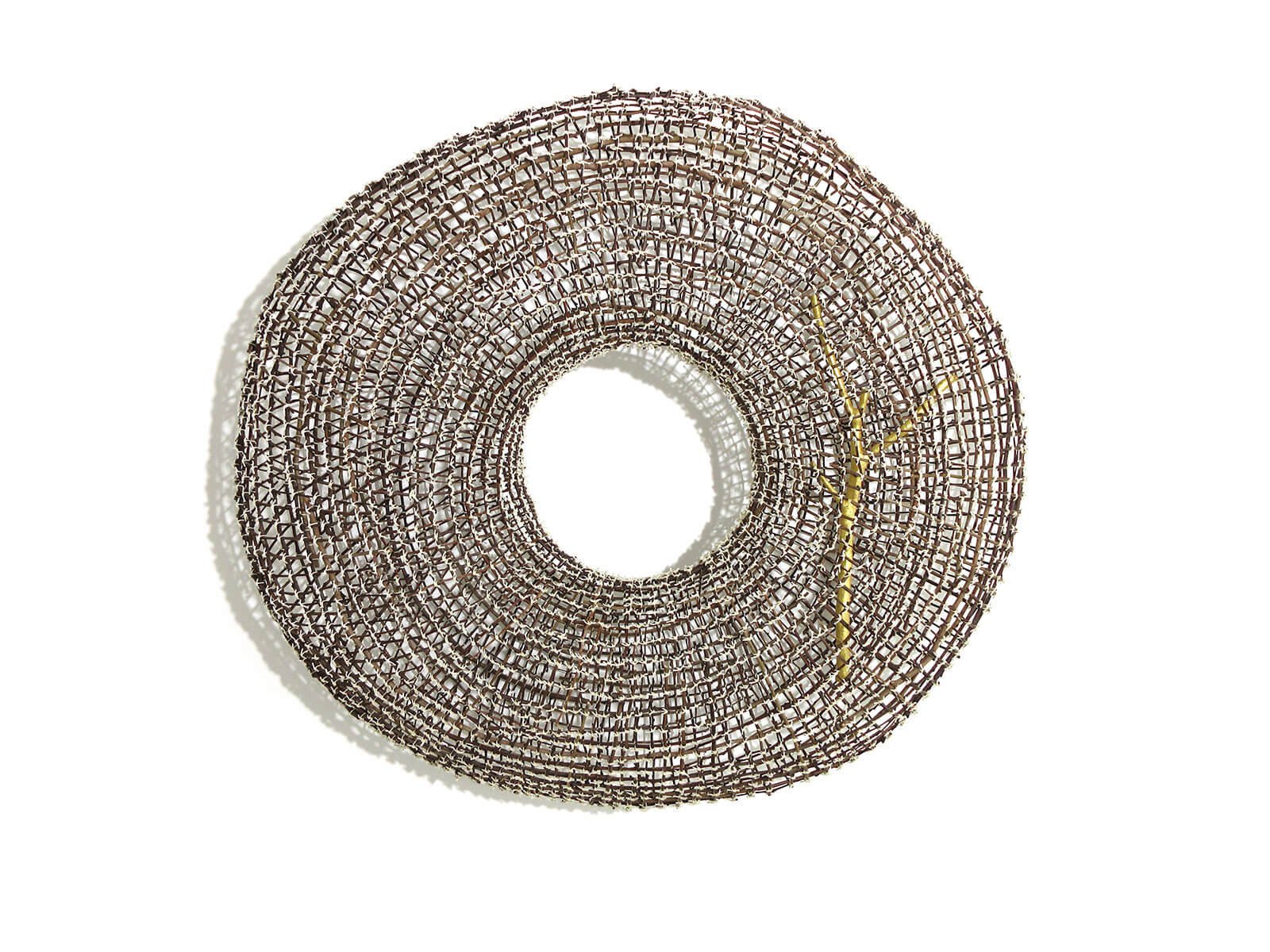 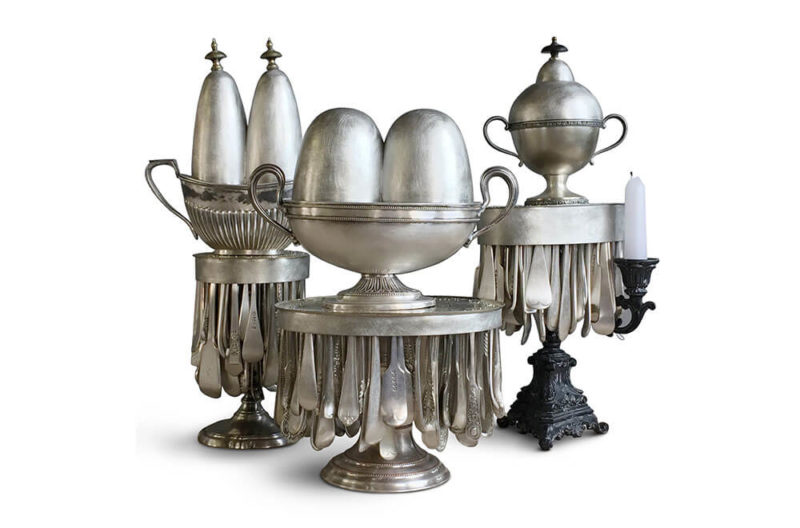 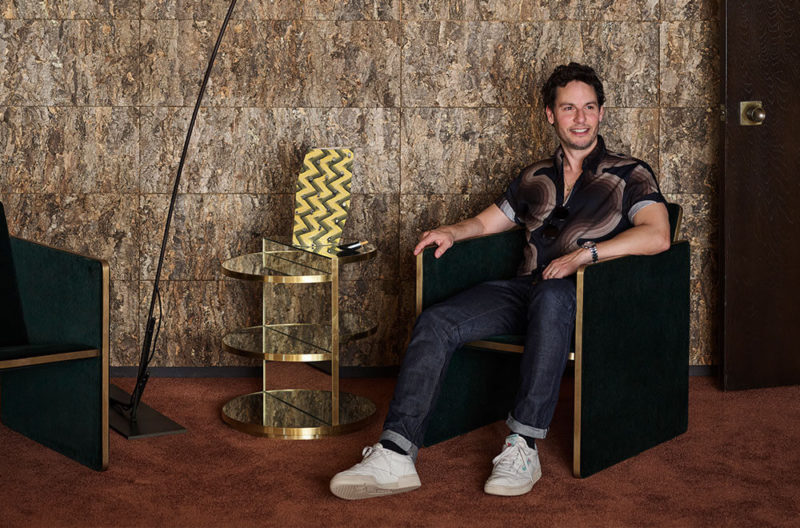 David Alhadeff: As Frieze Los Angeles kicks off, the founder of The Future Perfect opens the latest Casa Perfect iteration in the Santa Monica mountains. 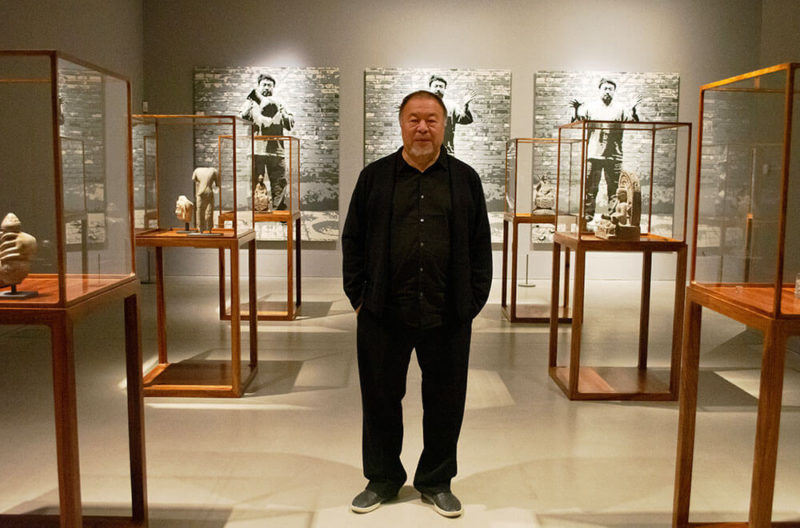 Ai Weiwei / The Liberty of Doubt: “My work is focused on the meaning of making and the tradition of craftsmanship." 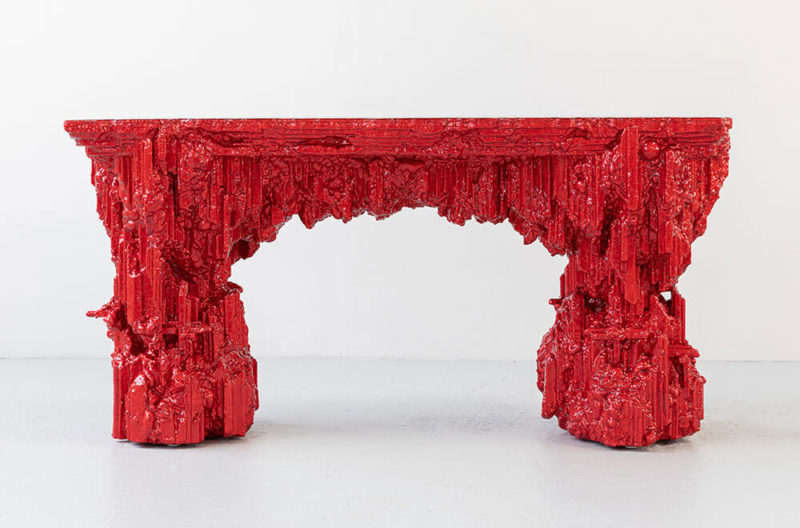