THOUGH HE WAS celebrated as a leader of the studio craft movement, Wendell Castle preferred to consider himself an artist. As a new exhibition at the Friedman Benda gallery in New York City shows, he deserved the designation. ‘Wendell Castle: A New Vocabulary’ bookends Castle’s six-decade career, setting up a dialogue between his early stacked-wood pieces and the late-career work in which he revisits his aesthetic with a contemporary approach, melding handcraft and high-tech. “We wanted to surprise the public with pieces that haven’t been seen for a long time and that haven’t been paired before,” explains founding partner Marc Benda. 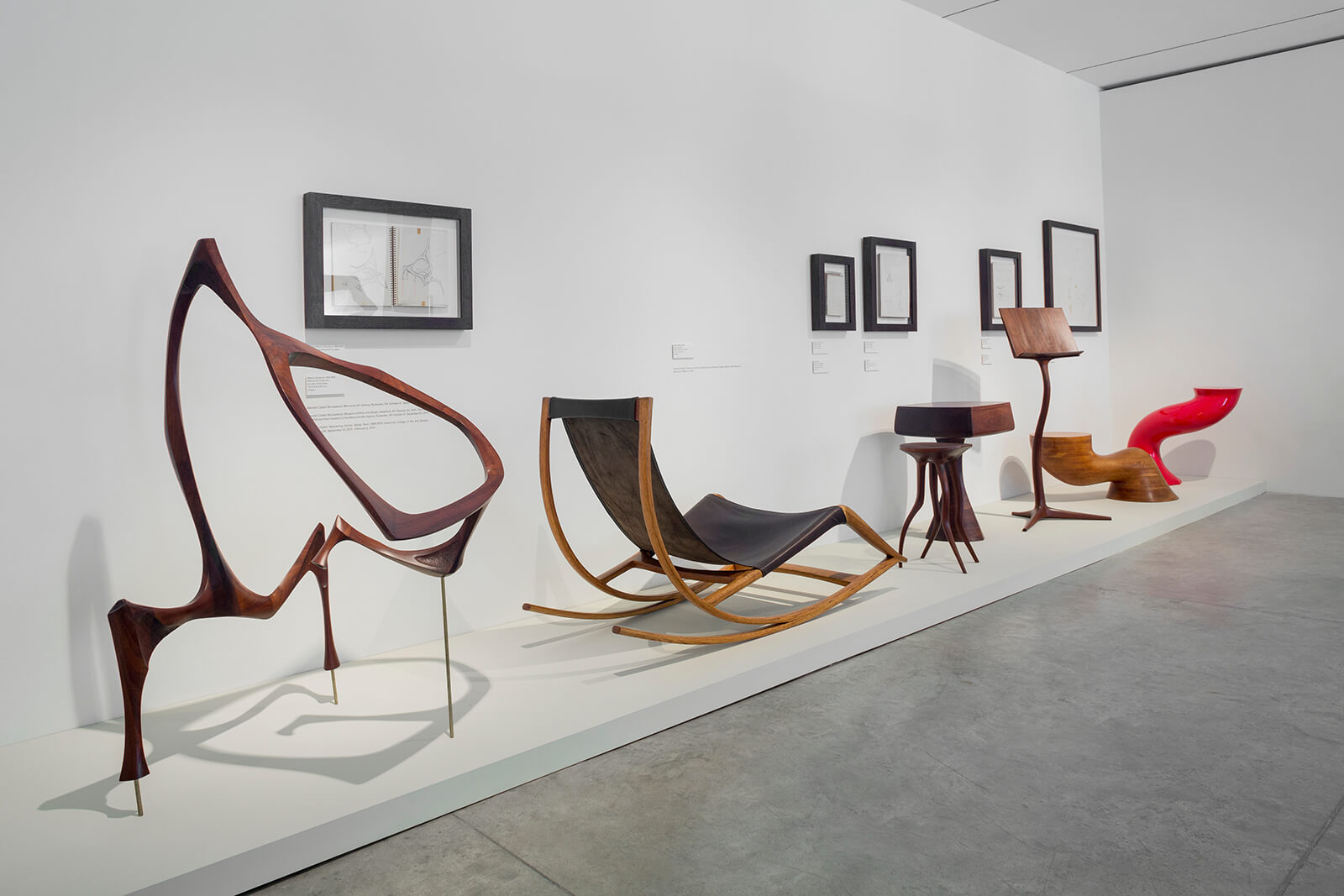 The 21 objects in the show are deployed informally around the gallery floor like a gathering of friends in conversation, pointing up affinities and differences between old and new work. The earliest piece is a 1958 sculpture, and the latest is from 2017. The most inventive of the recent designs reinterpret his organic forms in majestic hybrid compositions on boulder-like supports. Their assertive configurations and irregular surfaces are in striking contrast with the restraint and polished finishes of Castle’s early work. Such ambitious pieces would have been impossible without technology that included 3D scanning and computer-controlled milling. Original sketches and scale models on loan from the Castle archive illustrate his design process, and a film of the artist, made by his daughter Alison, captures his hands-on technique and his affable manner. 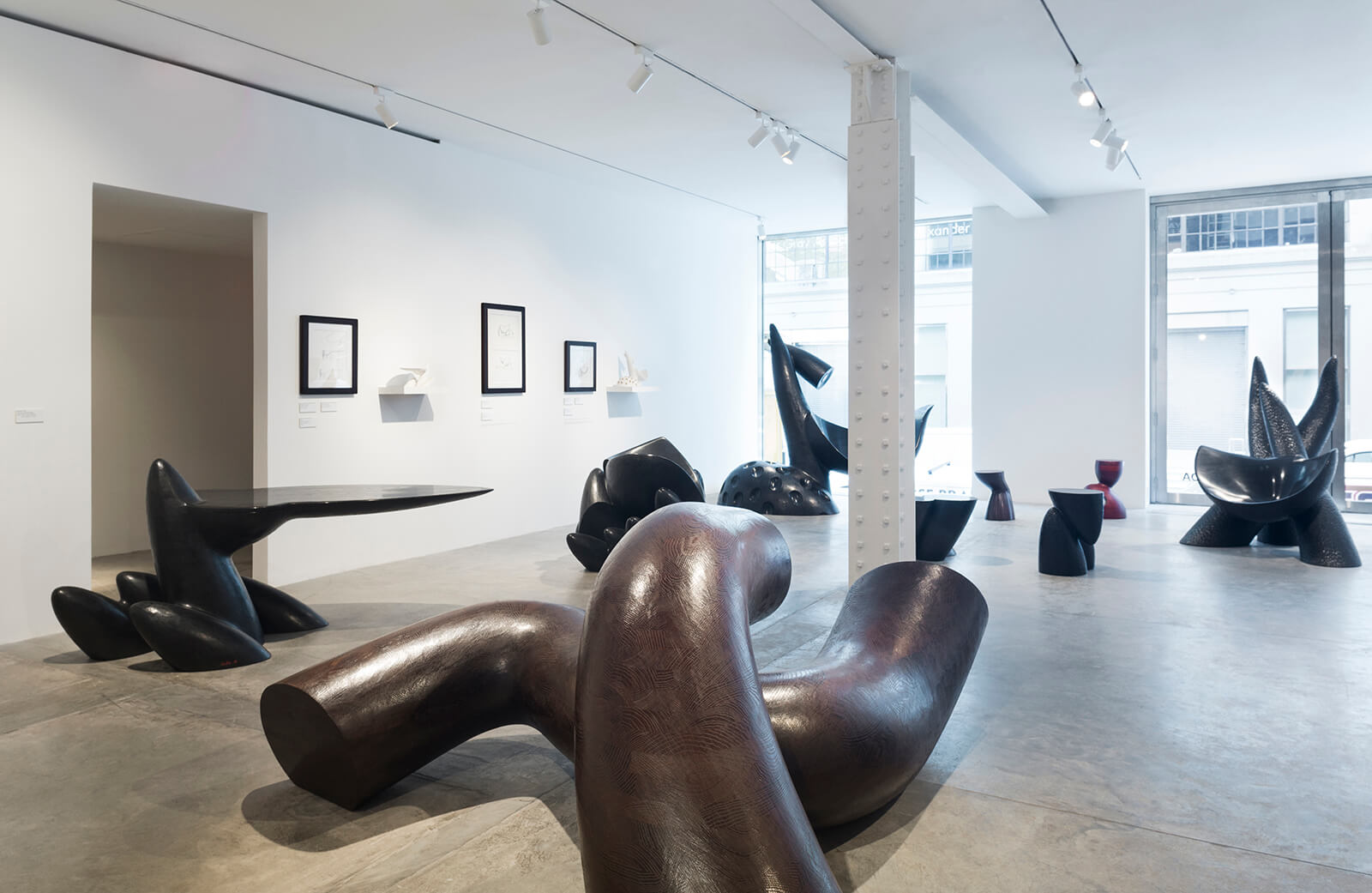 Several of the designs mark landmarks in Castle’s career. The witty ‘Environment for Contemplation’ (1970), a biomorphic hybrid of sculpture, furniture and womb-like inhabitable space, was made for an exhibition at the Museum of Contemporary Craft (now the Museum of Arts and Design). 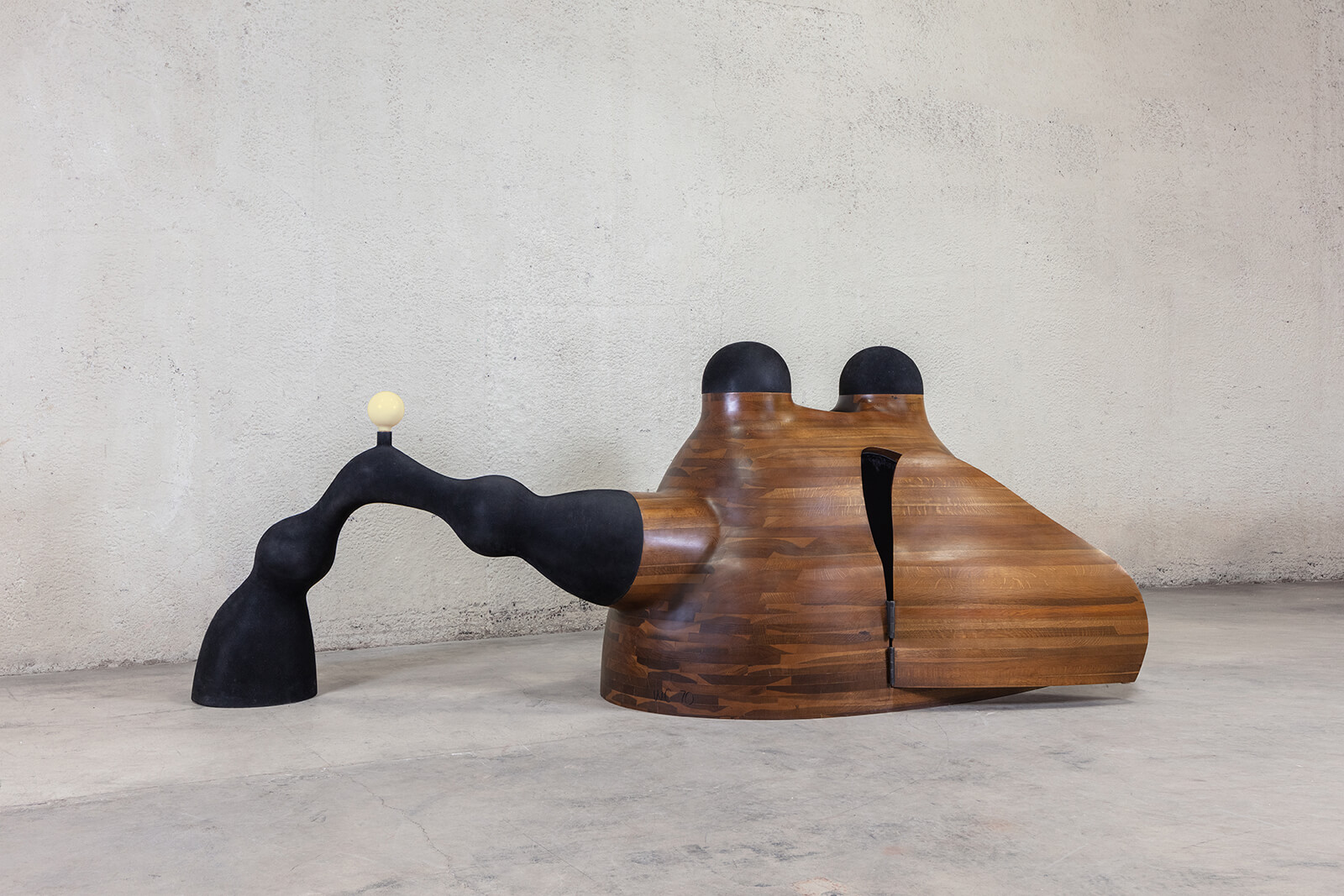 ‘Harmonious Opportunities’ (1990), an overscale settee with upswept wing-like back was in the ‘Angel Chair’ series introduced by legendary crafts dealer Peter Joseph. ‘Runaway’ (2015), a double-seat design with attached light, was featured in a major 2015 Wendell Castle exhibition at MAD Museum and then the Rochester Memorial Art Gallery. ‘Lazy Bones’ (2017), a pair of undulating forms, is a return to the sculptural abstraction of his earliest work. 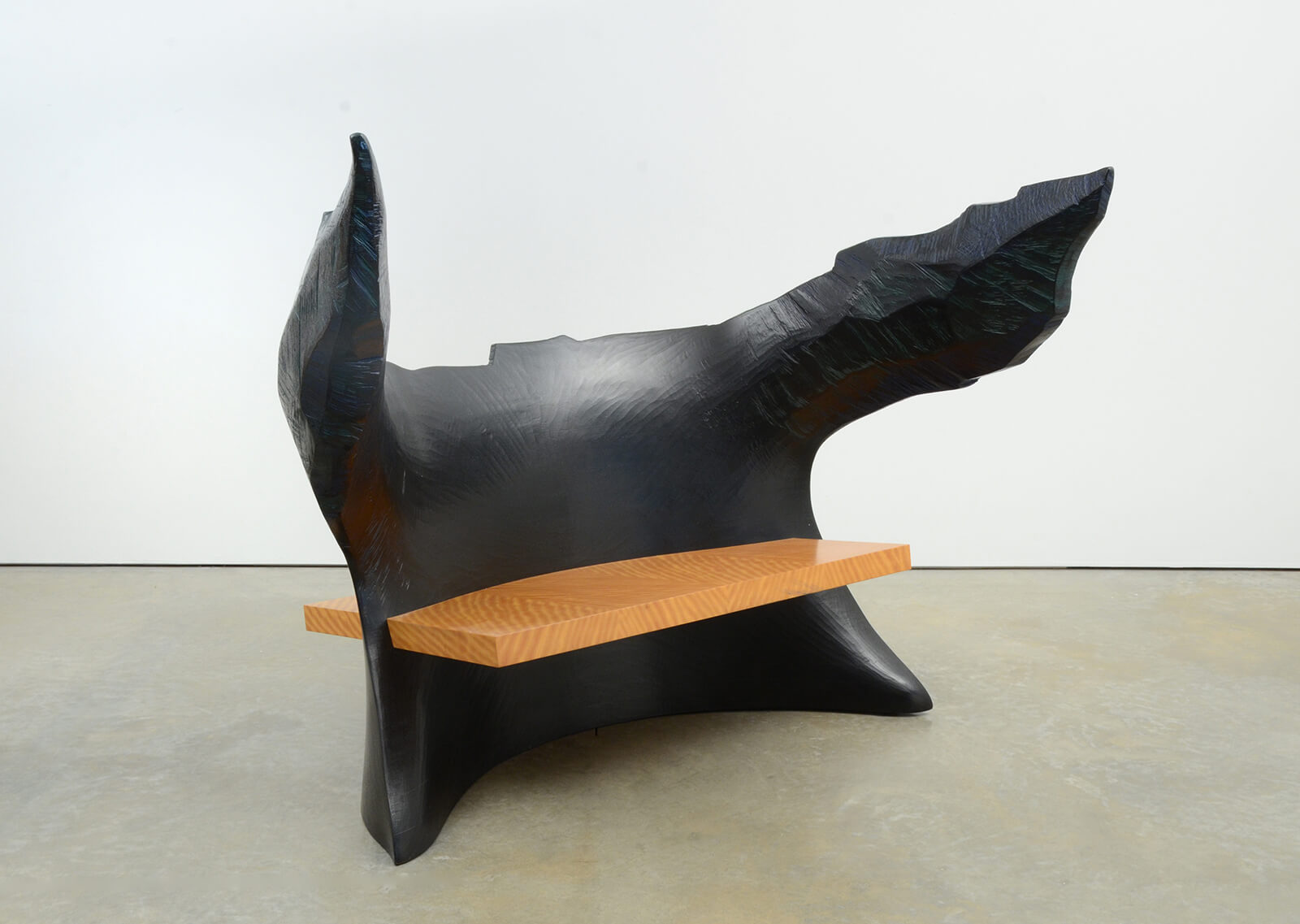 BORN IN EMPORIA, Kansas in 1932, Castle attended the University of Kansas, receiving a BFA in industrial design and a MFA in sculpture. He began working with wood (as a more affordable material than metal), and invented his own construction technique of laminating inch-thick sections of wood into large shapes, which he then carved into final form. Furniture seemed a logical next step, but having no knowledge of carpentry, he applied his stack-lamination technique and found that it enabled him to make furniture in any size and shape. Shortly after being featured in the 1962 ‘Young Americans’ show at the Museum of Contemporary Crafts (now the Museum of Arts and Design), he was offered a position teaching furniture design at Rochester Institute of Technology. Establishing his home and studio in nearby Scottsville, he abandoned sculpture for furniture, devising a new vocabulary of forms and virtually reinventing the genre. In so doing, he pioneered what later became known as ‘design-art’. 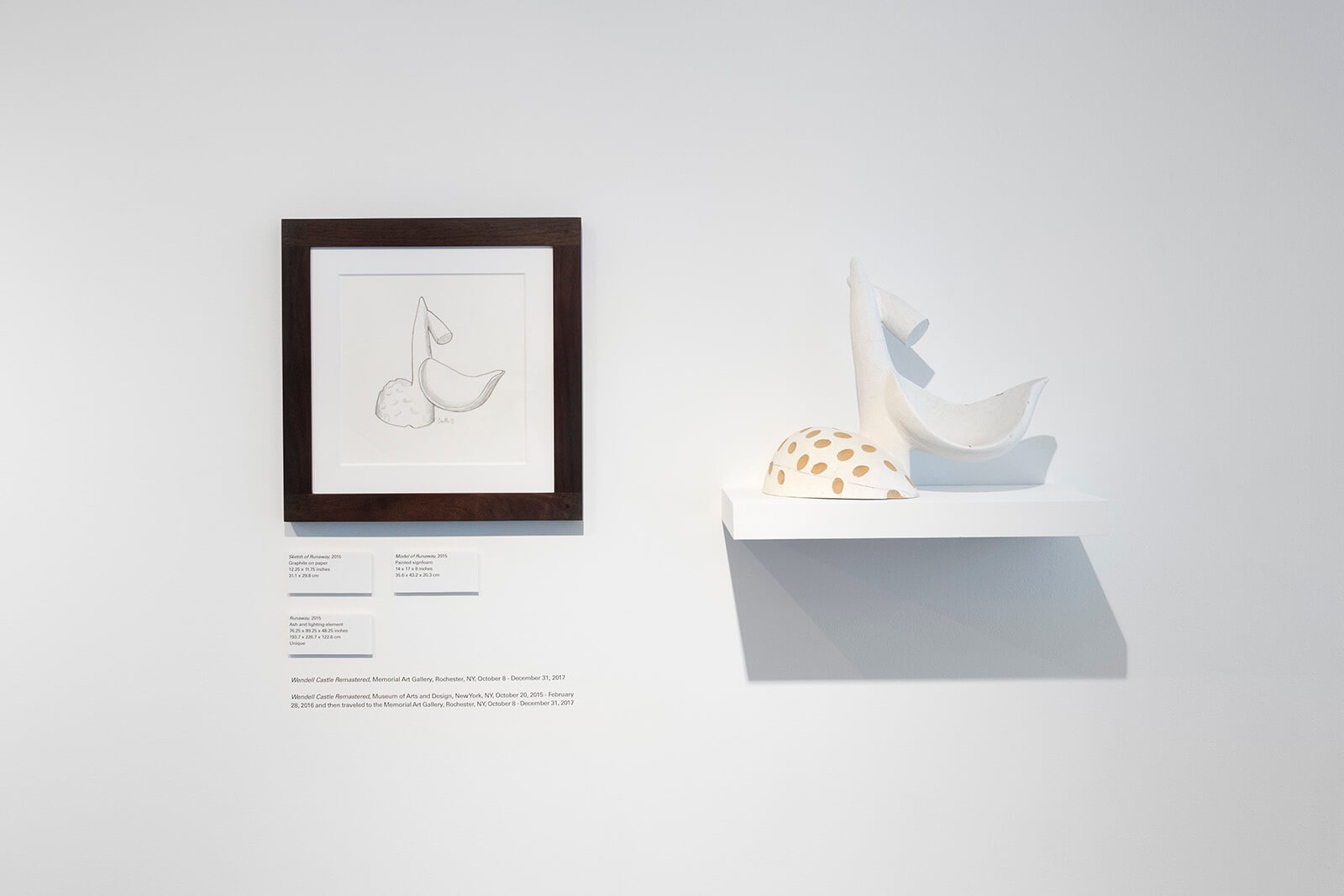 By 1970, in the catalogue for the legendary ‘Objects: USA’ travelling exhibition that opened at the Smithsonian’s Renwick Gallery, he was described as, “One of the foremost artist-craftsmen and teachers in the woodworking field.” Castle, however, disliked being categorised: “I didn’t want to be one of the woodies,” he asserted, and continued to pursue new approaches, though he never departed from his preferred aesthetic: “To me the organic form offers the most exciting possibilities.” 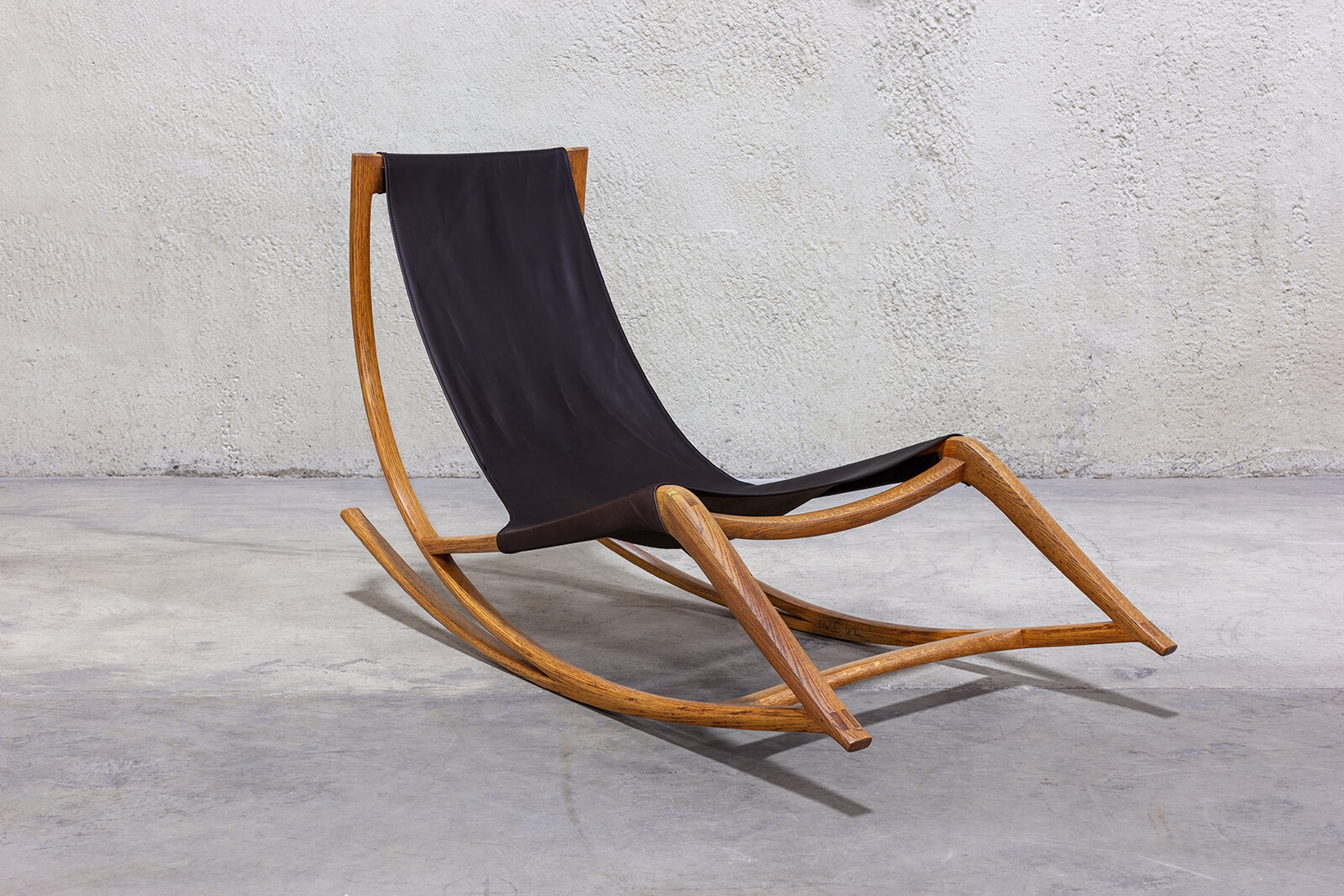 After digressions into fibreglass, trompe l’oeil forms and colour-accented Postmodernism in the last decades of the 20th century, he returned to his original idiom of sculptured stacked wood, focussing exclusively on that material until the past decade or so, when he began experimenting with metals. “I’ve sort of reinvented myself,” he explained. “I’m not in crafts, I’m in the design field.” Within a few years, Castle became the only American on the short list of international stars of art furniture. At the same time, his early work was rediscovered and sought after on the secondary market.

It was recognition he had always wanted. Belying his unassuming demeanour, Castle was single-mindedly ambitious. He once said, “I wanted my furniture to be collected like art, appreciated like art … and paid for like art.” By the time of his death, in January 2018, his wish had been granted. Design collectors will find no bargains (as an example, the works in the exhibition range from $28,000 to the mid six-figures) but there will be ample choices: over the course of his career, Castle produced an estimated 2,000 different works. 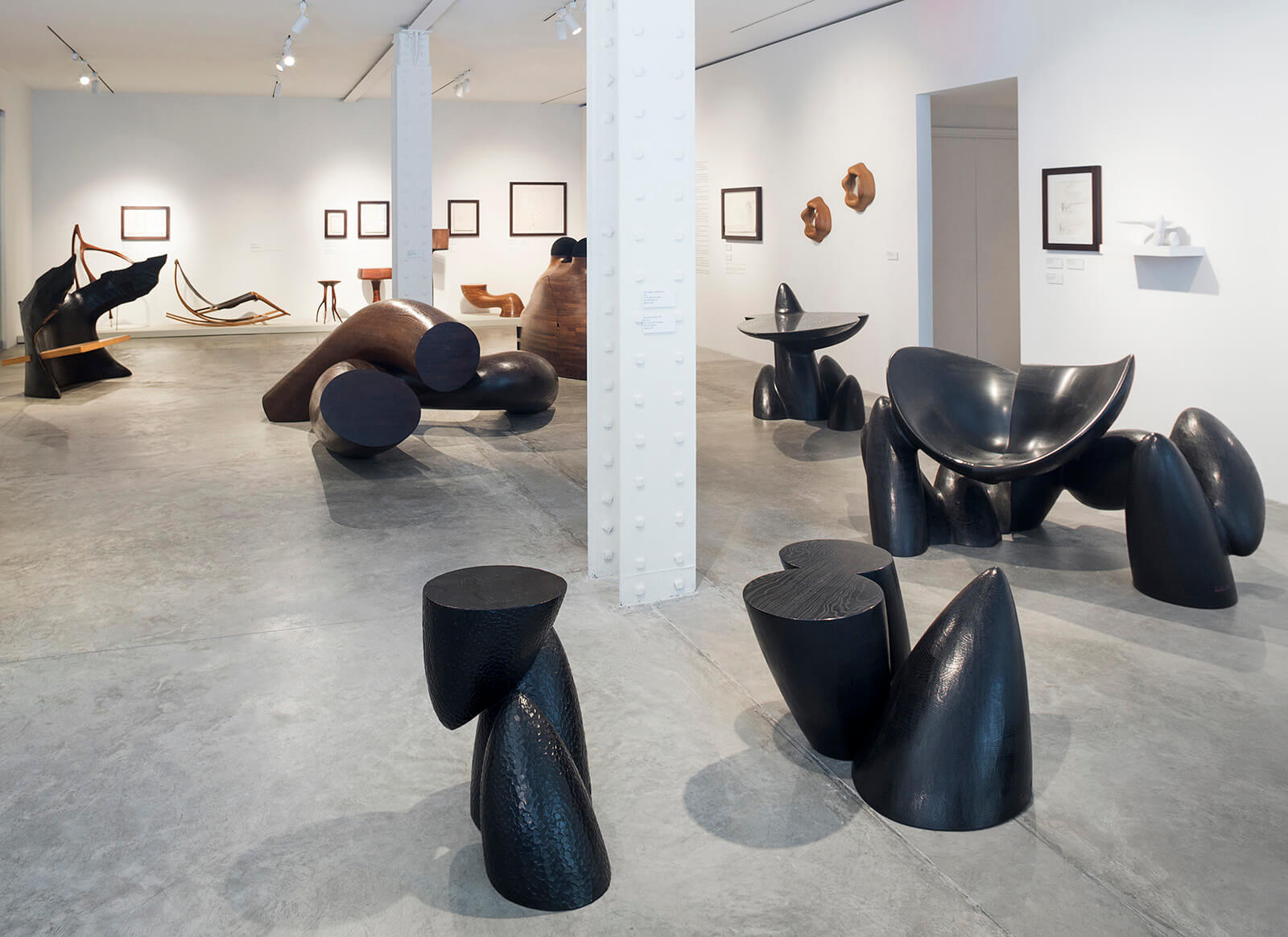 Marc Benda believes that the current show will help shape Castle’s legacy, securing his place among the most important designer-artists of his time. ‘Wendell Castle: A New Vocabulary’ will remain on view through until the 12th of October, and is accompanied by an illustrated digital catalogue written by scholar Glenn Adamson. 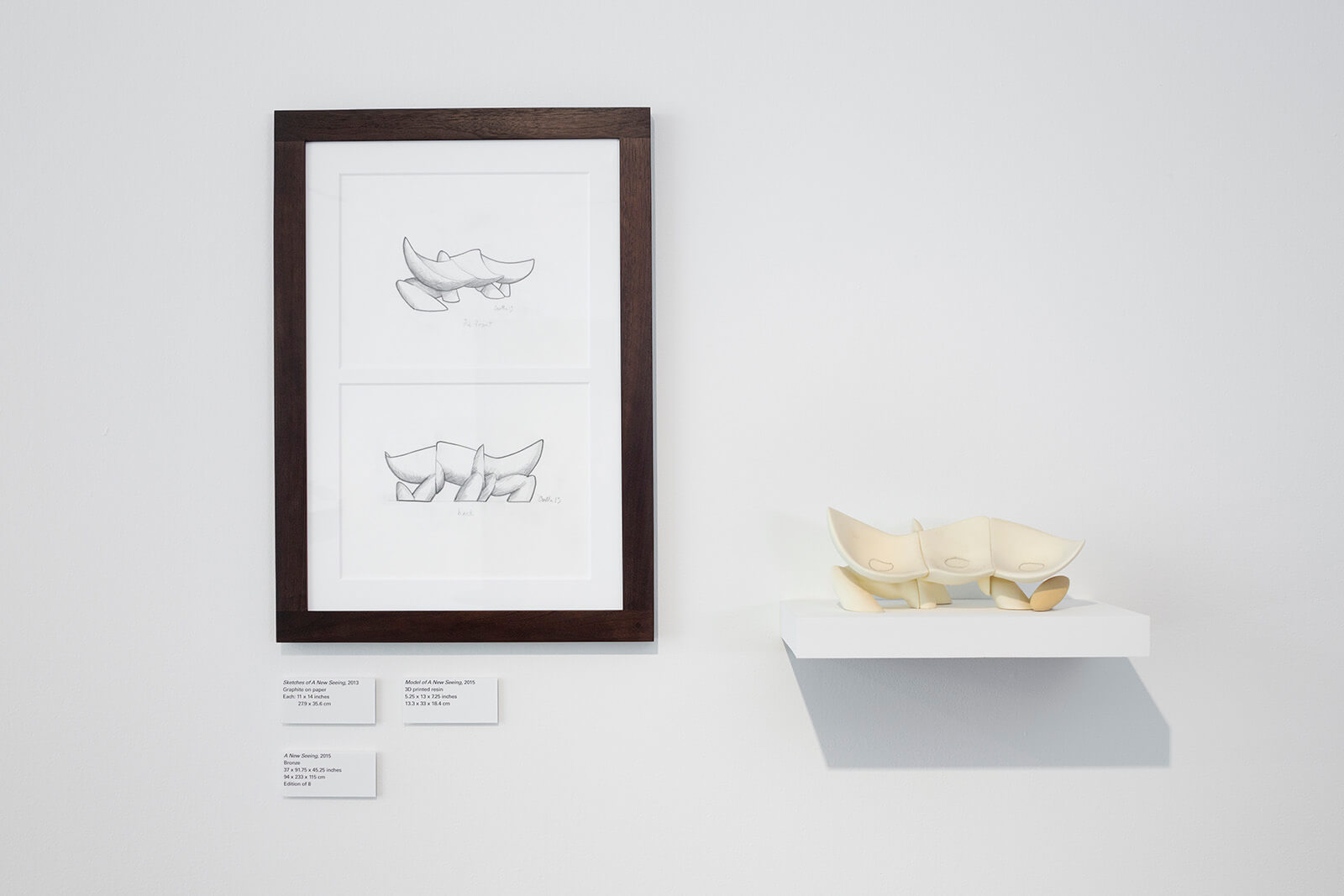 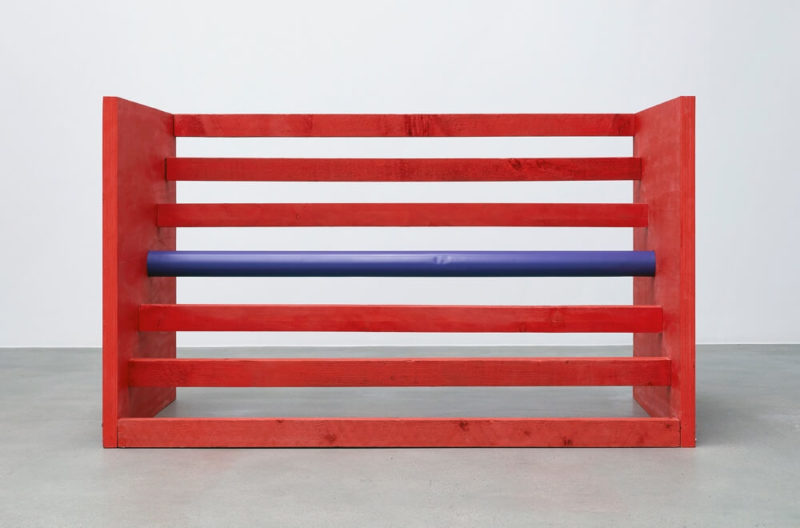 Donald Judd: An exhibition of one of the most influential artists of the post-war period, who developed a unique visual vocabulary. 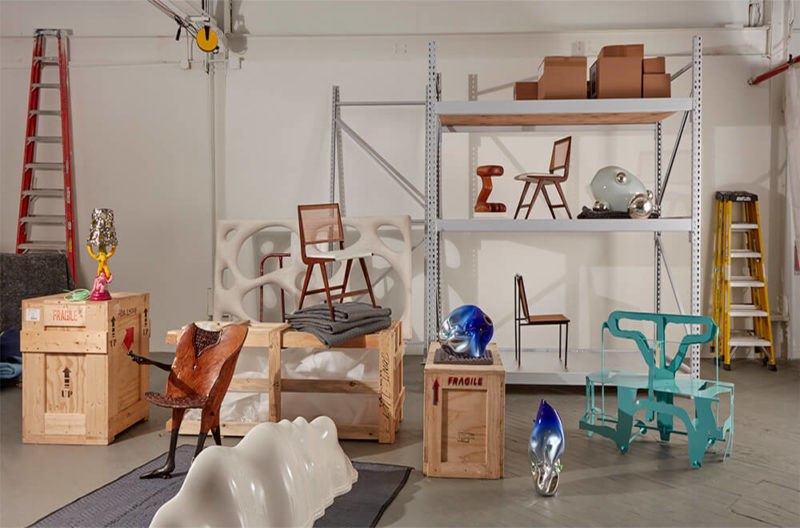 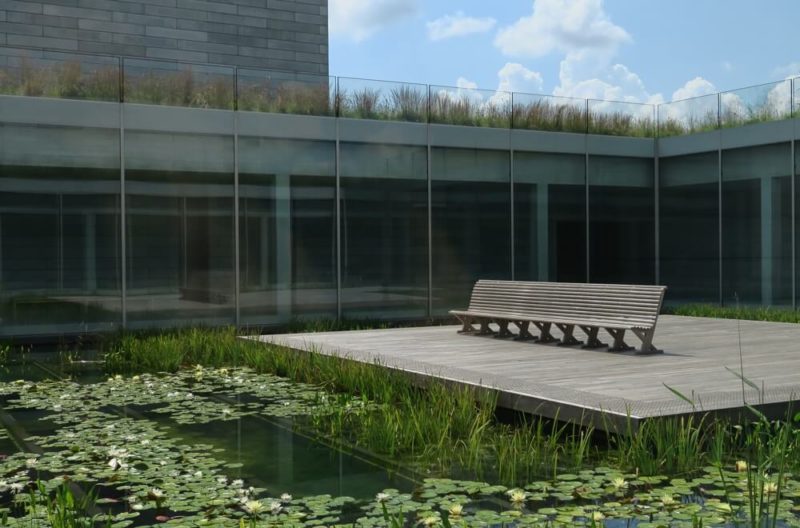 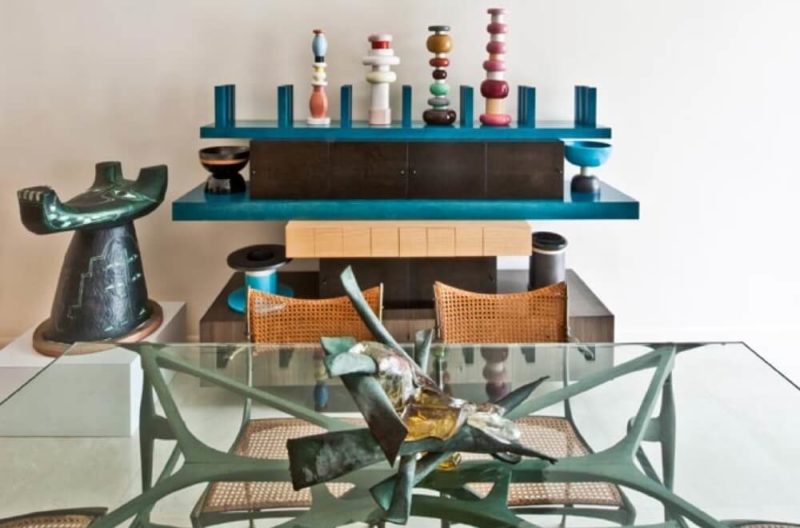