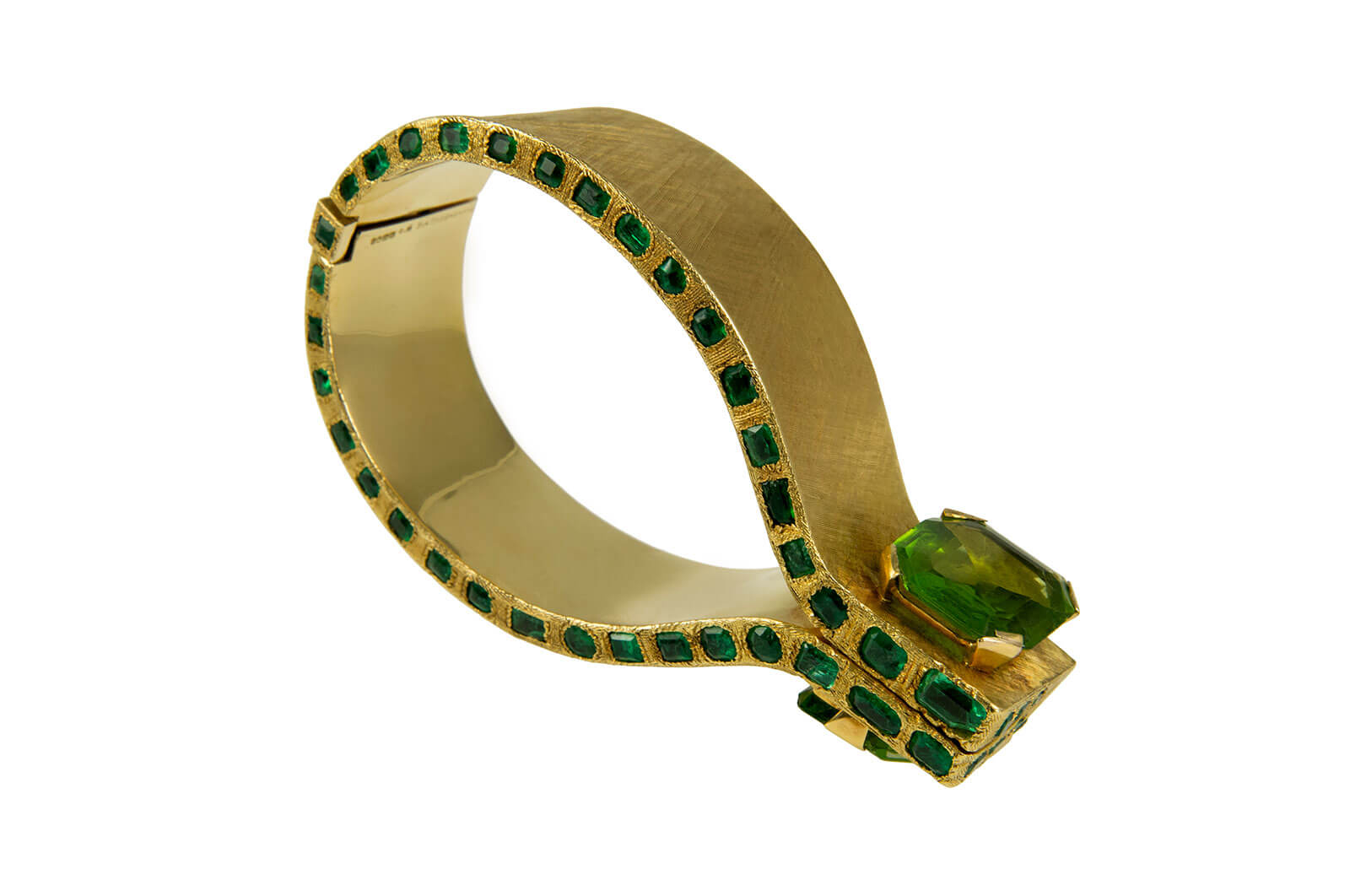 ALEXANDER CALDER ALWAYS used to carry a pair of pliers in his pocket. “There are stories of him turning up for supper with cufflinks for the host, or making jewels for people based on their initials while they were talking,” says the dealer Martine Haspeslagh, co-founder of the Kensington gallery Didier Ltd, which specialises in jewellery made and designed by artists and architects. Wearing his creations, the sculptor believed, turned the wearer into a “living work of art”. 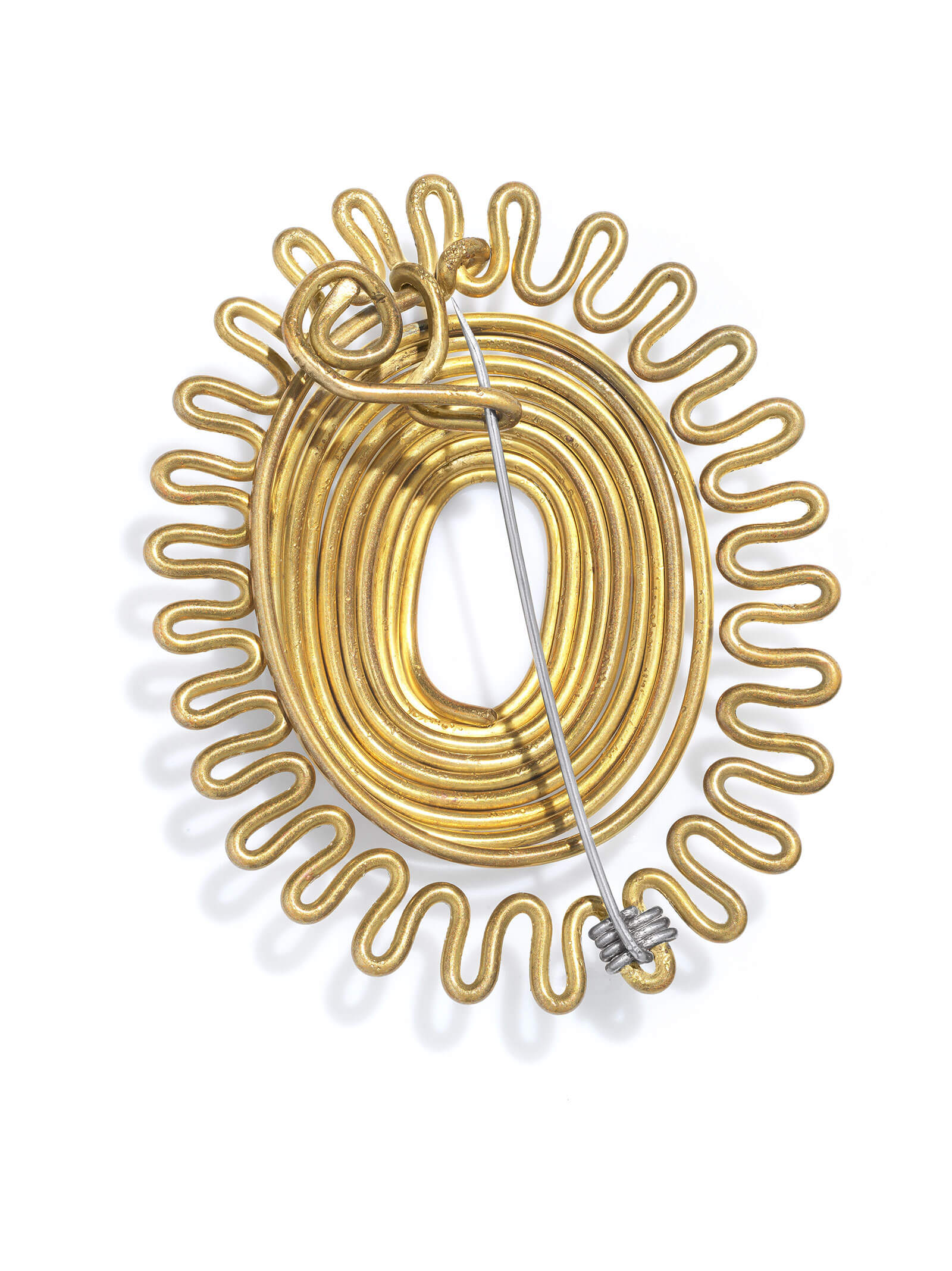 “As a child, Calder made necklaces for his sister’s dolls from copper wire stripped from electrical cables …” 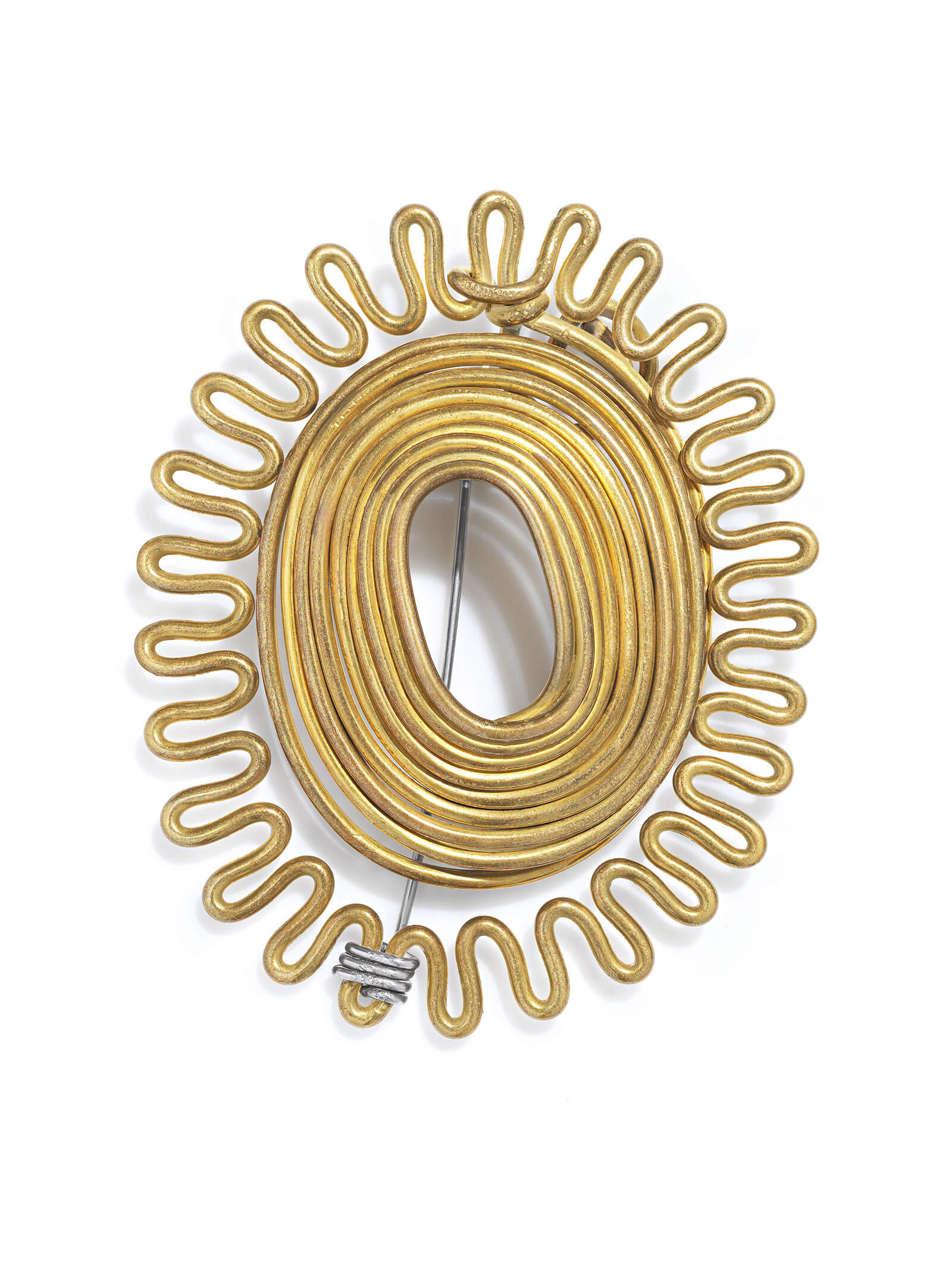 “By the time of his death, Calder had fashioned about 2,000 wearable works of art”

As a child, Calder made necklaces for his sister’s dolls from copper wire stripped from electrical cables, and by the 1920s, he was making them to sell, she says. “He even had an exhibition of them just before the Second World War, but it wasn’t a success.” After that he made pieces only for friends, figures such as Peggy Guggenheim, who famously wore a Calder earring to the opening of her New York gallery in 1942. By the time of his death in 1976, Calder had fashioned about 2,000 wearable works of art, one of which – a large brooch made in 1939 from a single strand of coiled brass wire and fastened with a steel pin – is the centrepiece of a selling exhibition at Phillips Hong Kong. The show is intended to illustrate not just the enduring influence of “abstract modernist design” on jewellery over the past century, but to reflect a renewed interest in it. 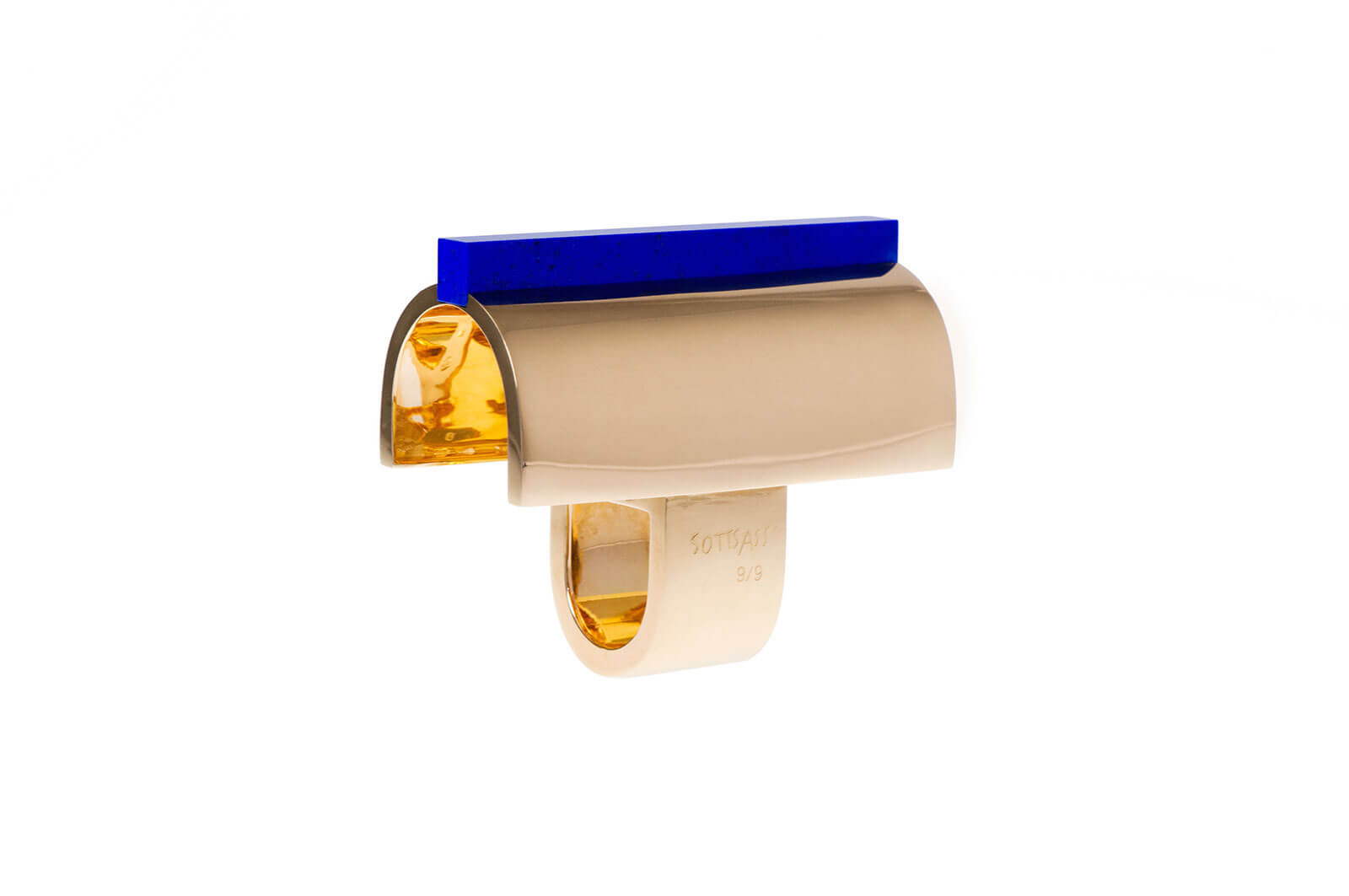 “We’re seeing [another] shift in style,” says Paul Redmayne, the auction house’s head of Flawless, the department of private sales, jewellery, and initiator of this collaboration with jewellery expert Vivienne Becker’s curatorial and sales platform, Vivarium. “Smaller contemporary jewellers are really moving away from the figurative and naturalistic towards powerful, abstract compositions of line, form and colour – bold designs. They want more individualised jewellery, strong enough to stand the test of time.” 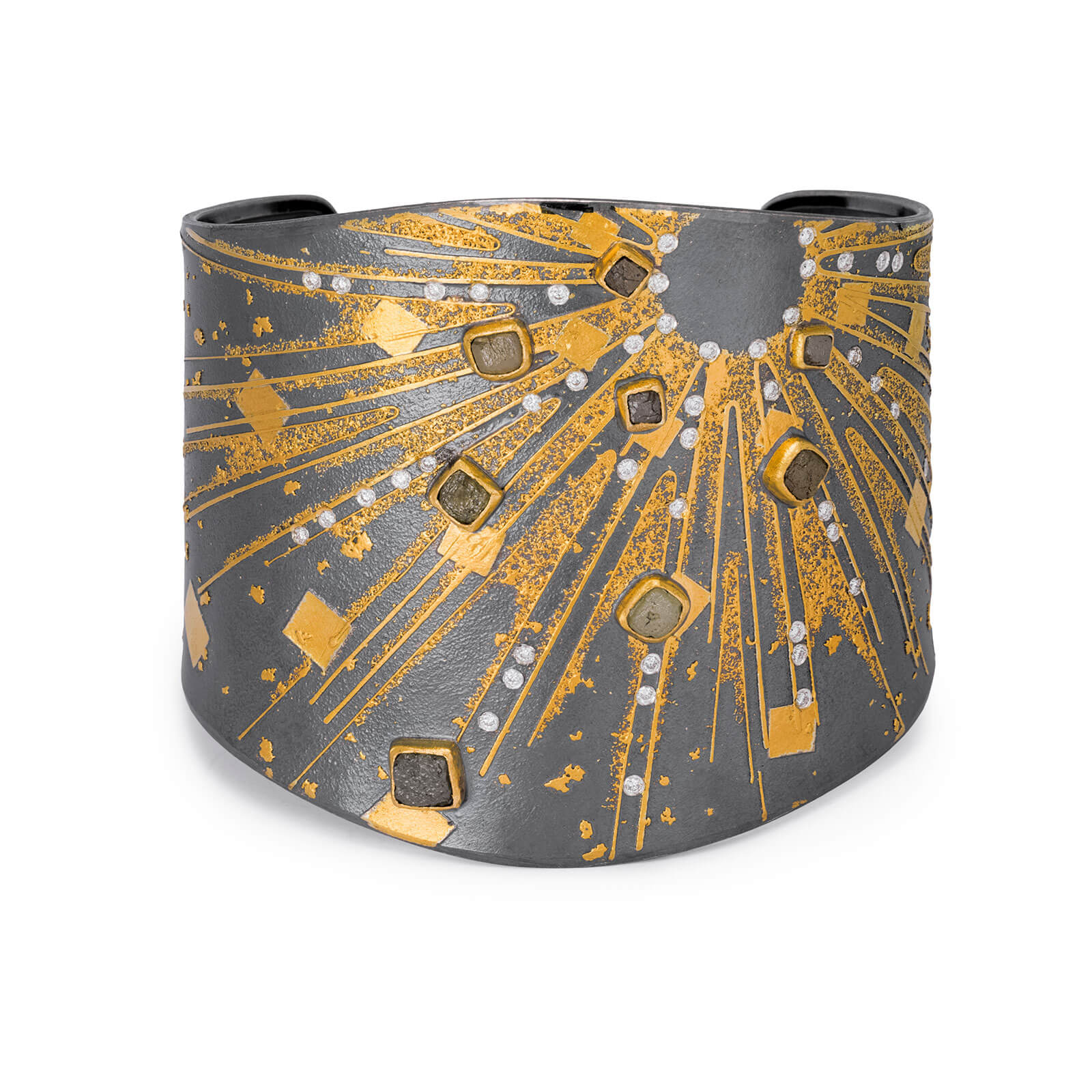 Ranging from a statement gold-and-emerald cuff designed in 1965 by the visionary naval architect Jon Bannenberg, to new work by Atelier Zobel inset with rough diamonds – by way of a show-stopping ring in yellow gold and lapis lazuli by Ettore Sottsass – the exhibition features 16 designers, several of whom have been no less inventive than Calder in their appropriation of industrial materials. 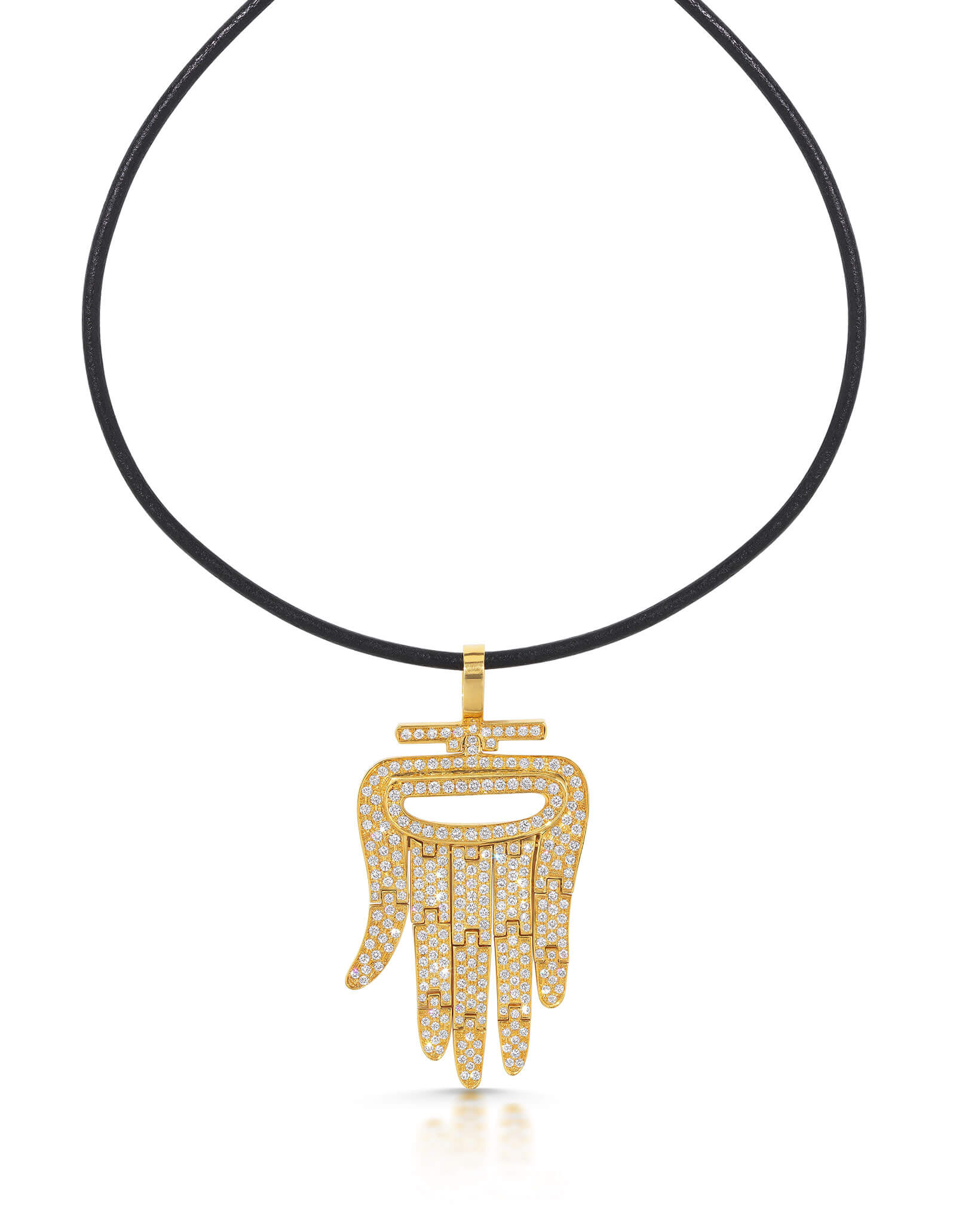 Take the ‘Strangler’ ring by Mumbai-based Studio Renn. Consisting of a band of blackened grey gold coated in acid-treated concrete and set with brilliant-cut diamonds, its form is dictated by its materials and the method of its construction – specifically the application of acid to concrete, “a destructive act that softens the edges [and] partially exposes the inner form,” says Rahul Jhaveri, Renn’s creative director. “We were creating the work by seemingly destroying it, but also allowing the work to create itself serendipitously. It took multiple tries to get the edges absolutely perfect.” 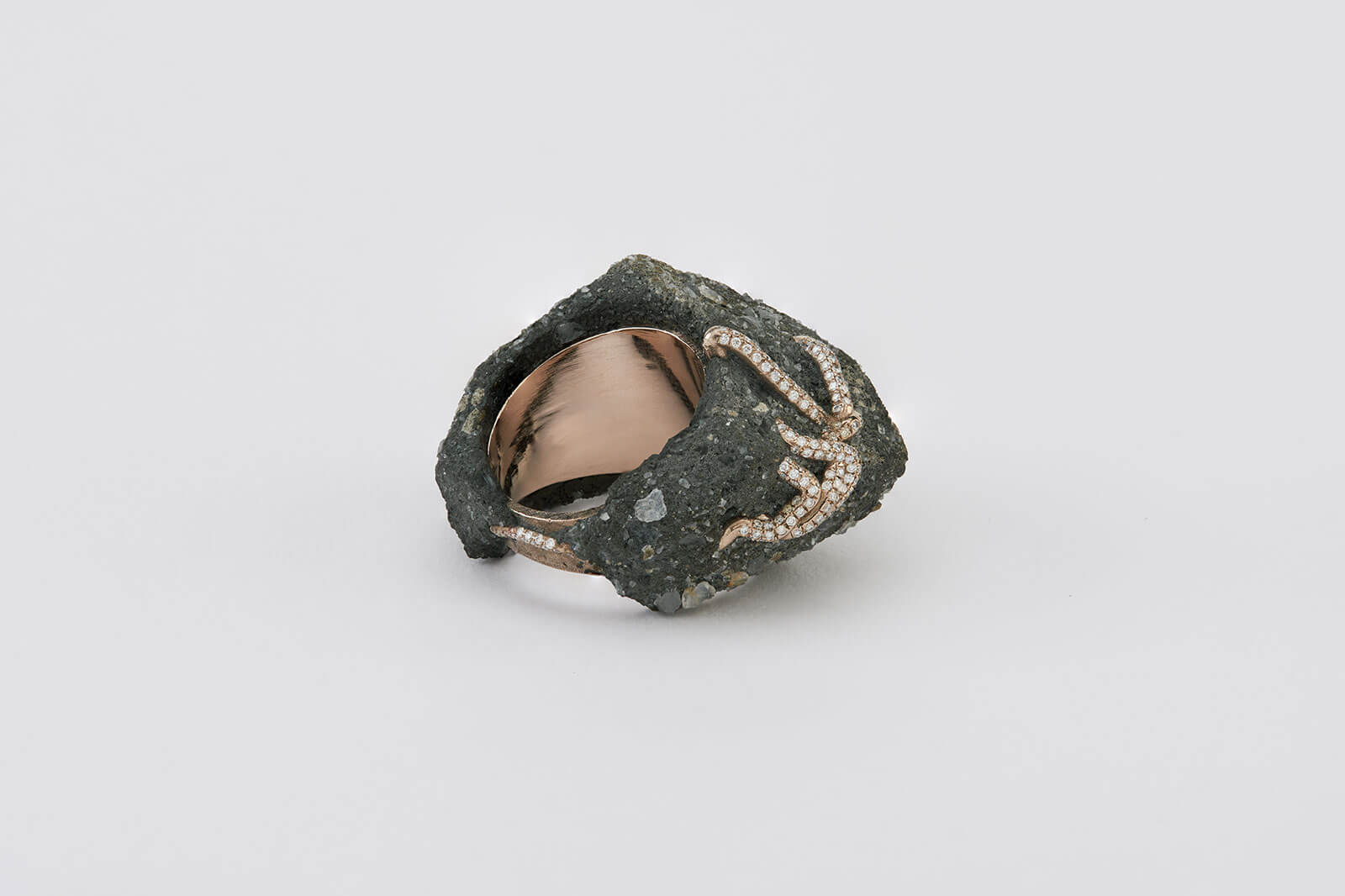 But perhaps the most arresting works in the show are those by the Italian jeweller Fabio Salini, who trained as a geologist at the Sapienza University of Rome before joining Cartier and later Bulgari. 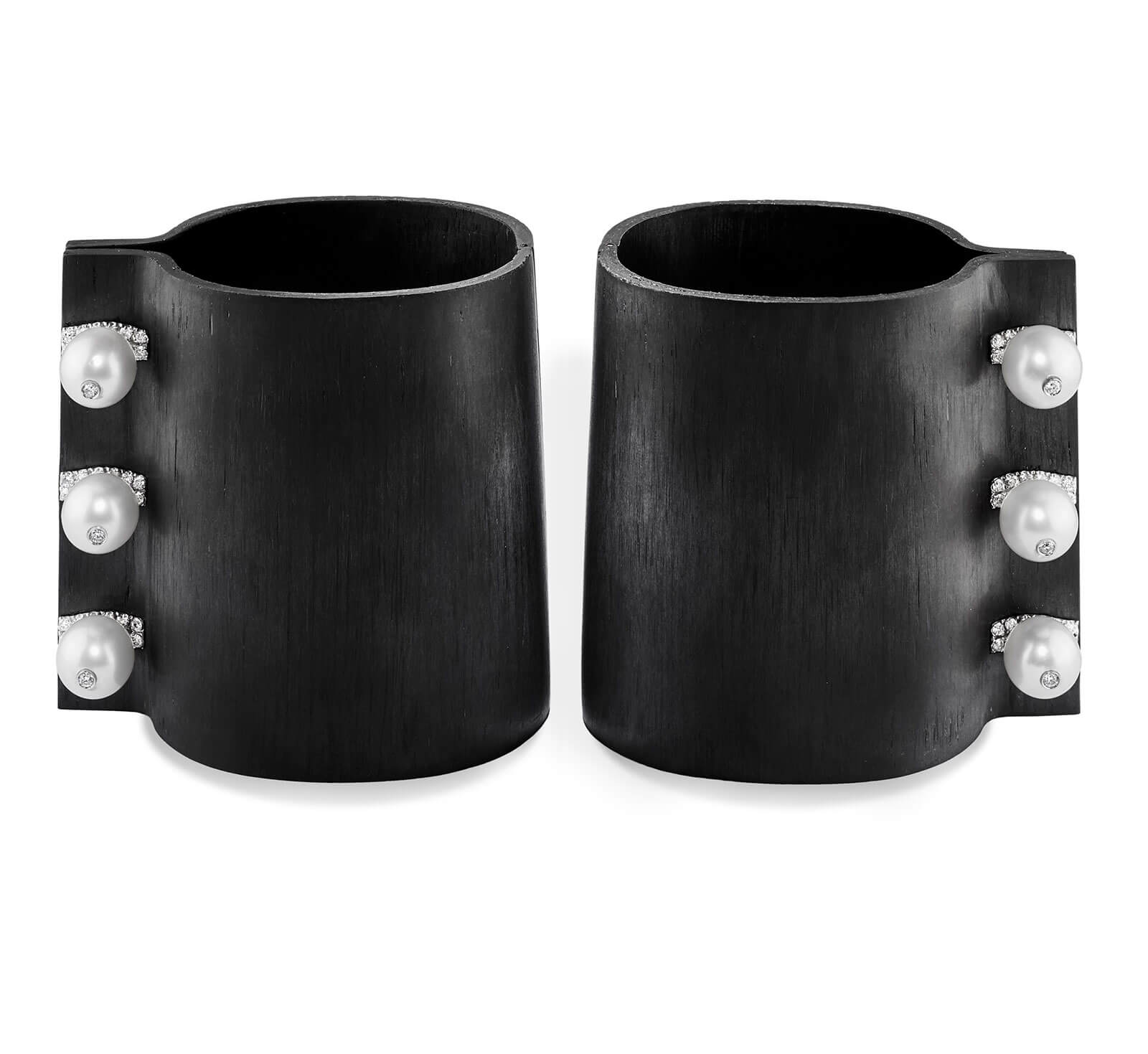 Though he too incorporates precious stones and pearls in the dramatic pieces, he combines them with metals such as titanium (which he considers “kind of space-age”) and, in the cuffs, earrings and necklace on display here, matte black carbon fibre. The latter is an immensely strong but nevertheless lightweight polymer-based medium: a perfect complement to diamonds, which are themselves the purest expression of carbon. 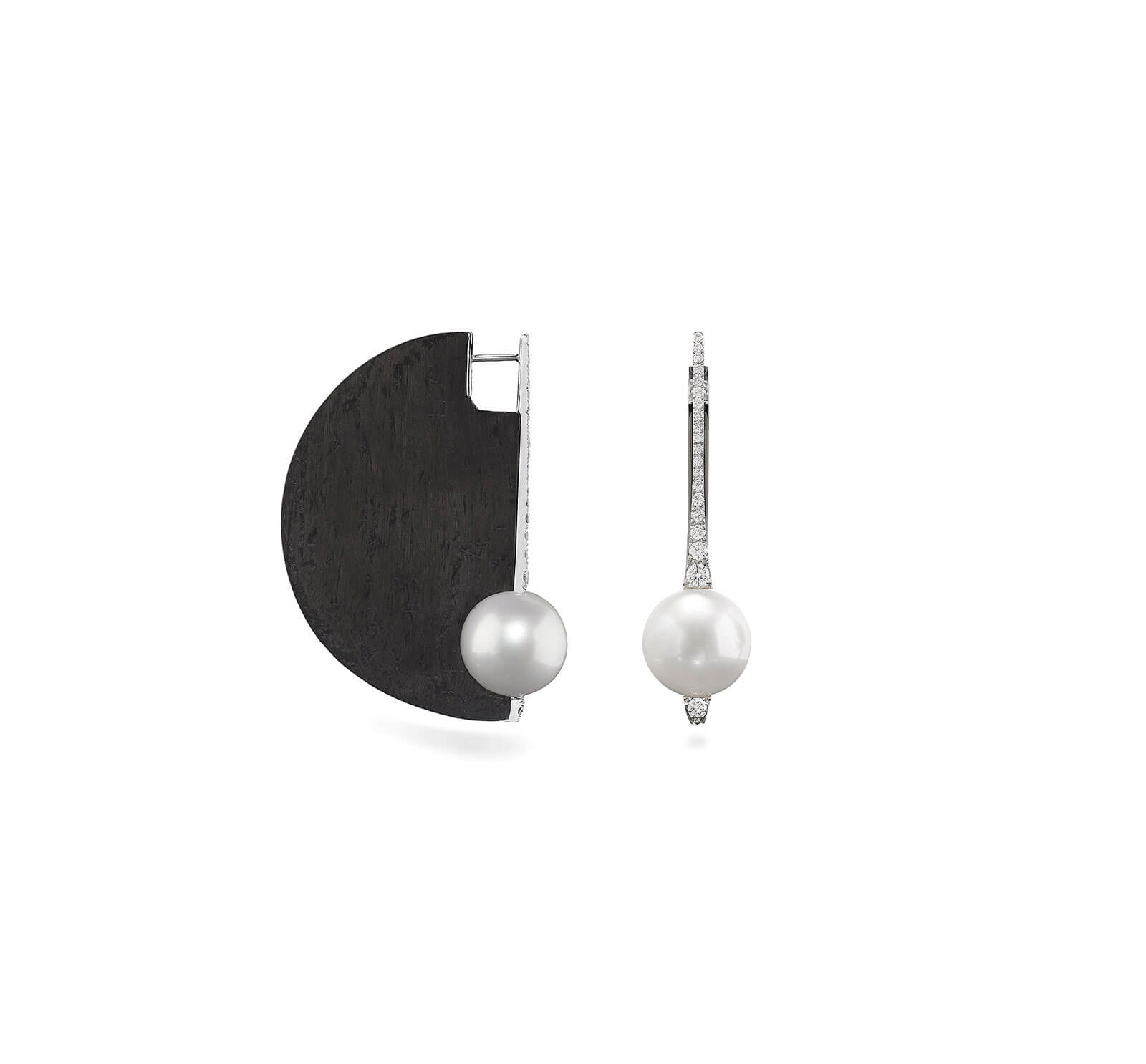 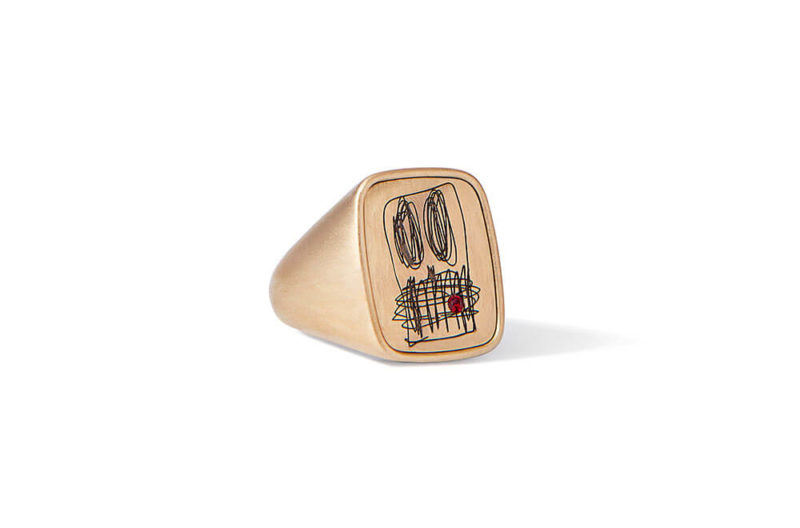 Artists' Jewellery from Picasso to Koons / The Diane Venet Collection: Collecting, collaborating and sometimes gently persuading – the story of how Diane Venet brought together jewellery made by leading artists of the past century. 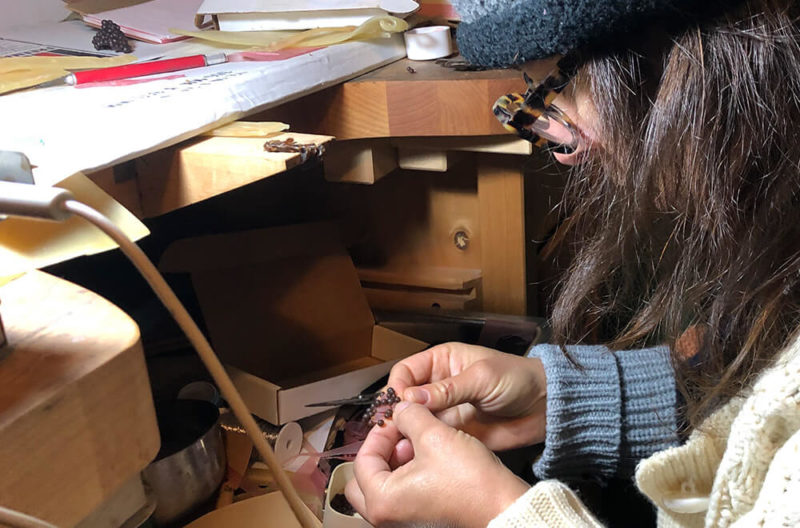 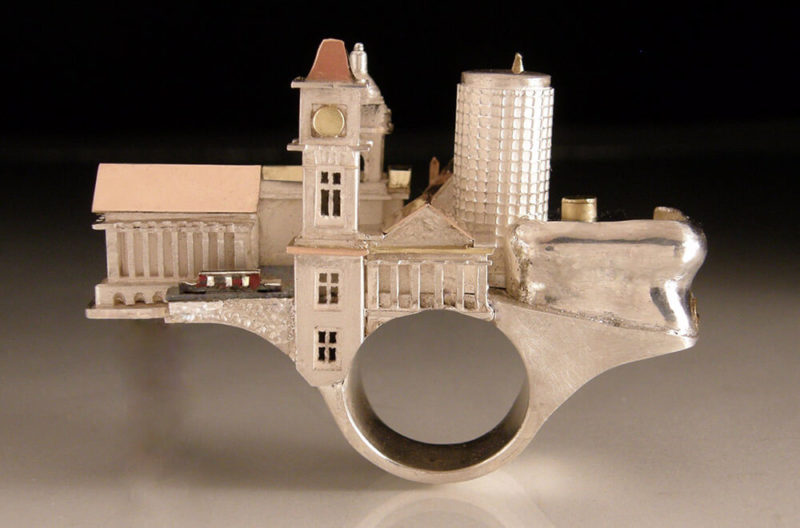