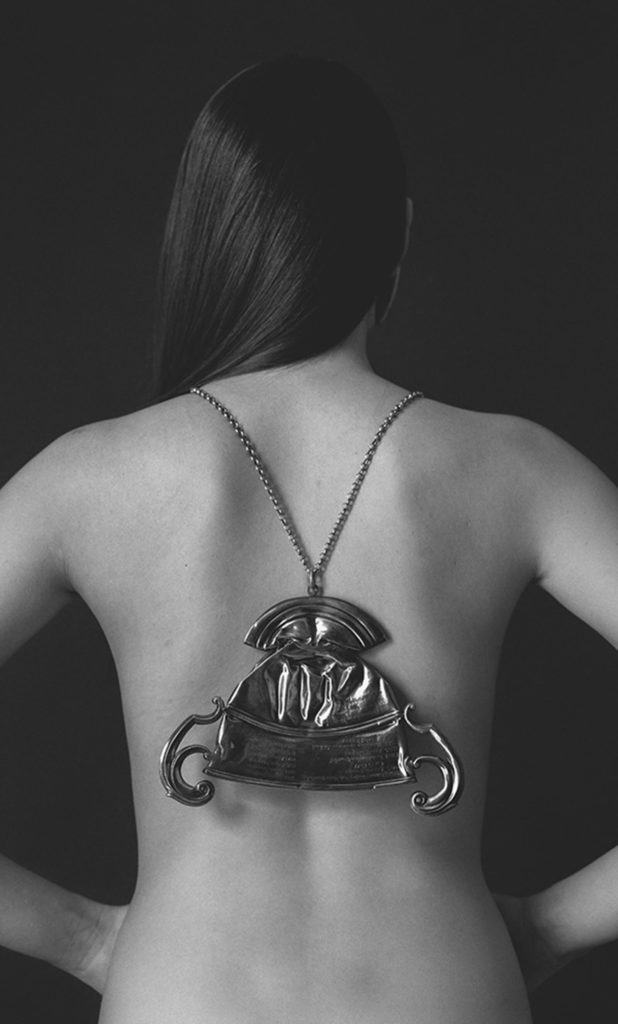 IN 1990 BRITISH sculptor Cornelia Parker exhibited ‘Thirty Pieces of Silver’ (1988/1989) in the Hayward Gallery’s British Art Show. The work consisted of over a thousand flattened silver objects, including plates, spoons, candlesticks, trophies, cigarette cases, teapots and trombones, all of which had been ceremoniously crushed by a steamroller at Cornelia Parker’s request. They were then arranged in thirty groups and suspended by fine wires from the ceiling. The allusion in the title is to the biblical story of the thirty pieces of silver paid to Judas Iscariot for his betrayal of Jesus. Parker said at the time, in the exhibition catalogue, “Silver is commemorative, the objects are landmarks in people’s lives. I wanted to change their meaning, their visibility, their worth, that is why I flattened them, consigning them all to the same fate … I find the pieces of silver have much more potential when their meaning as everyday objects has been eroded.”

Since then Parker has returned regularly to the idea of flattening – for ‘Breathless’, at the V&A, in 2001, flattening fifty-four silver-plated brass band instruments, and in 2004 doing the same for an entire disused band’s-worth of sixty silver-plated instruments for ‘Perpetual Canon’, hung in a circle around a single lightbulb in a round hall in the Württembergischer Kunstverein. The flattening is both comic – Parker has spoken about her fondness for cartoon catastrophes, where Tom and Jerry and other characters are regularly steamrollered – and highly conceptual, recalling the Cubists’ revolutionary play between two and three dimensions on canvas.

‘Fallen Trophy: Twickenham and Richmond Music Festival’, made in 2011, represents another evolution in this thread of work. It appeared this week in the online exhibition of artists’ jewellery titled The Ordinary, mounted by Louisa Guinness Gallery (until 4th September). This everyday object, forgotten and dusty perhaps, abandoned on a shelf, becomes a new treasure, brought to life by its wearer. Louisa Guinness reports that it is harder than it looks to flatten the trophy symmetrically: Parker worked with Guinness’s goldsmith to ensure it did not become distorted on its two journeys through a press. The object is further distanced from its original purpose by being hung upside down, transformed from a vessel into a sculpture. Even as she conspires to destroy, Parker sets out to rescue from redundancy: “My work is all about the potential of materials – even when it looks like they’ve lost all possibilities.”