“IF YOU ASKED me to name an artwork, I couldn’t, but stores around the city … I could tell you what each one had on its shelves,” says the artist and curator Jonathan Berger, in conversation with The Design Edit, about his early years in New York in the 1980s and 90s. The Store, an exhibition-cum-design-shop which he has recently opened at Aspen Art Museum’s entrance floor, is the culmination of an idea he has had since the age of three. 360 collectible objects are displayed inside turn-of-the-century Victorian-style nickel and silver-covered wood and glass cases, and over blue and black enamel Tomado shelves from the 1960s.

“Eclectic but galvanised, with an influence from mercantile navy general stores of the 1920s,” Berger says of his vision for the 14 by 20 feet space, where metal table bases at various heights orchestrate an architectural landscape, “so the visitors can move around as if they were looking at specimens at a natural history museum.” From free rubber novelty toys from the ’50s, to a $50,000-worth drawing by late self-taught American artist James Castle, the store offers a range of objects handpicked by the artist for their craftsmanship, history and cultural value. Other items include jewellery by Walter Van Beirendonck, original dead stock posters for Charles and Ray Eames’s 1968 film, A Computer Glossary, and metal and plastic bead-woven Zardozi Eyes by Syed Majid Ali.

Determining the monetary logic of each object was at first a challenge, but Berger approached an expert in blending retail design and art, Alisa Grifo, who co-founded the legendary shop KIOSK in New York’s Soho in 2005. While KIOSK slowly invaded the art world and eventually appeared in exhibitions at MoMA PS1 and ICA London, The Store starts out within the context of art. For Berger, the concept questions the intention of art to “quantify everything in its own terms.” Instead, the installation is a love song for neighbourhood stores where “care for each item is profound and interaction is a shared experience.” 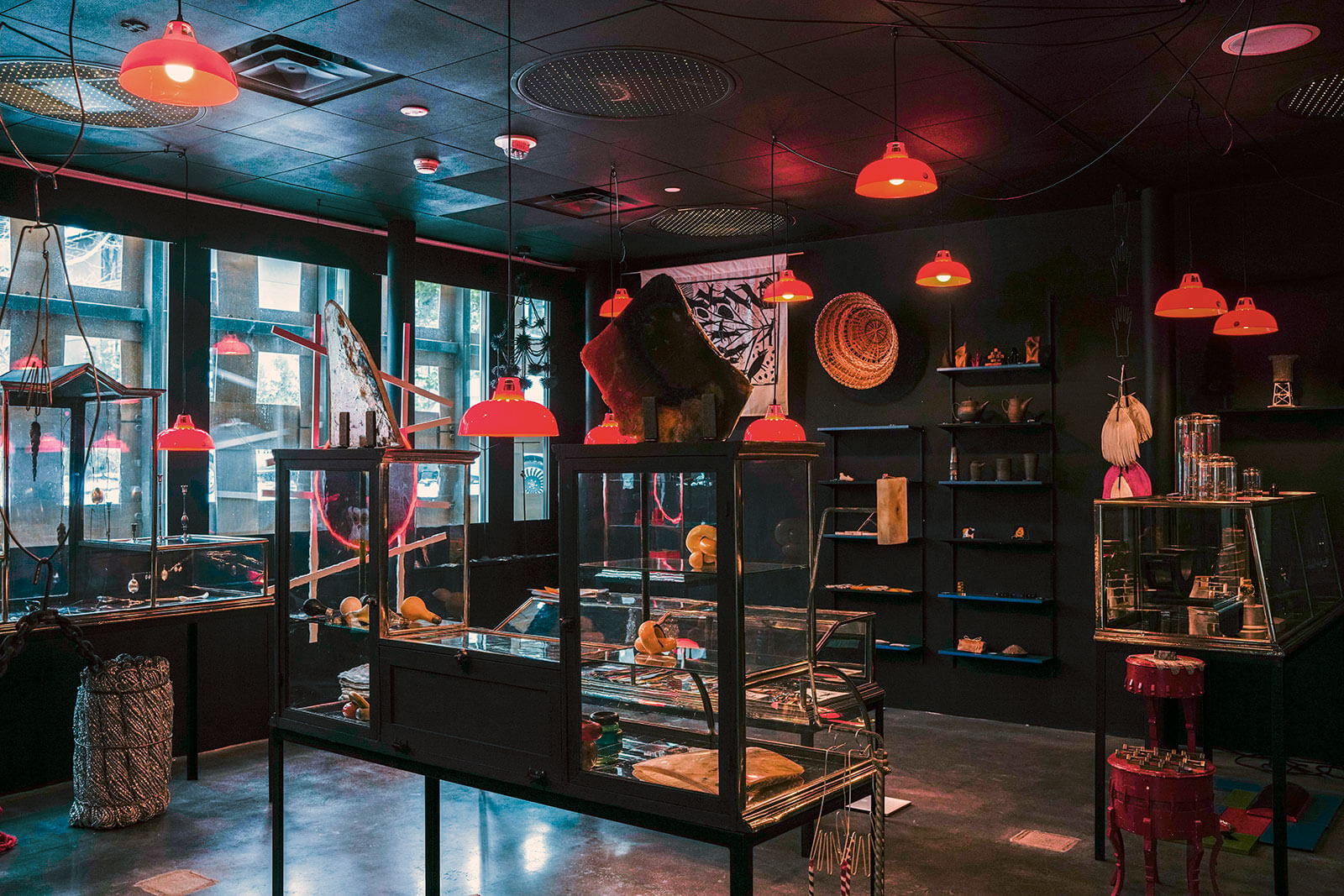 Collectivity is a common medium for Berger. His publicly acclaimed exhibition, An Introduction to Nameless Love, which closed on 6th December, filled New York’s beloved not-for profit curatorial hub Participant Inc with numerous testimonies of love made entirely out of hand-bent tin letters. Five years in ideation, the show stemmed from the artist’s and fifteen collaborators’ carving of each letter at an abandoned warehouse in Vermont. “I like not knowing how to do everything,” Berger says, and, similarly, The Store has been transformative for him in understanding the emotional element in the making and buying of objects.

The following four particularly won the heart of The Design Edit. The Store will remain open until December 2021. The objects are also available for purchase through a website.

Tiger toy
The silk cocoon tiger is from the iconic Chinatown gift shop Ting’s which was opened by Mrs. Ting in 1958. The shop is currently run by her daughter and stands as one of the few authentic destination for shelves full of whimsy in the neighbourhood. Berger used to buy this folk toy for his friends on birthdays for good luck, but eventually they turned into a rarity, at least in New York, and currently there are only eight left. As much as for its own story, the artist chose the object to open a conversation about the original shop and the challenge faced by similar small stores today. 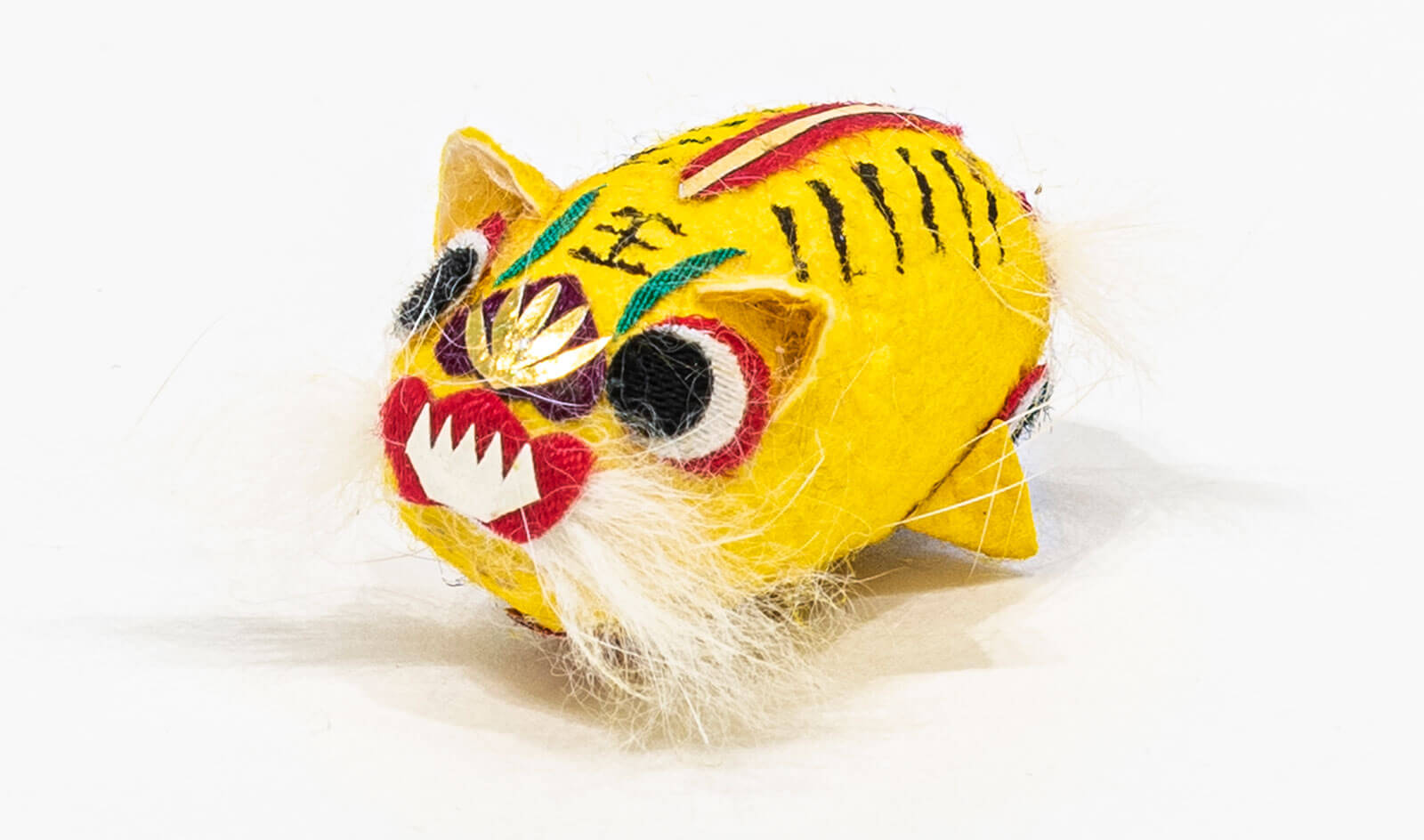 Large anchovy bowl by Pierfrancesco Solimene
This ceramic bowl is a true example of multigenerational, family-operated craftsmanship. The Salerno-based ceramic company Solimene is currently operated by the fourth generation of family members and produces ceramics that reflect the archetypal shapes and textures of its early years. Berger, who dipped his toe into pottery in his earlier youth, notes the bowl’s particular crude finish and unusual glaze: “The bowl reflects an antiquated way of making things – I love that it’s almost not user friendly and belongs to another time.” 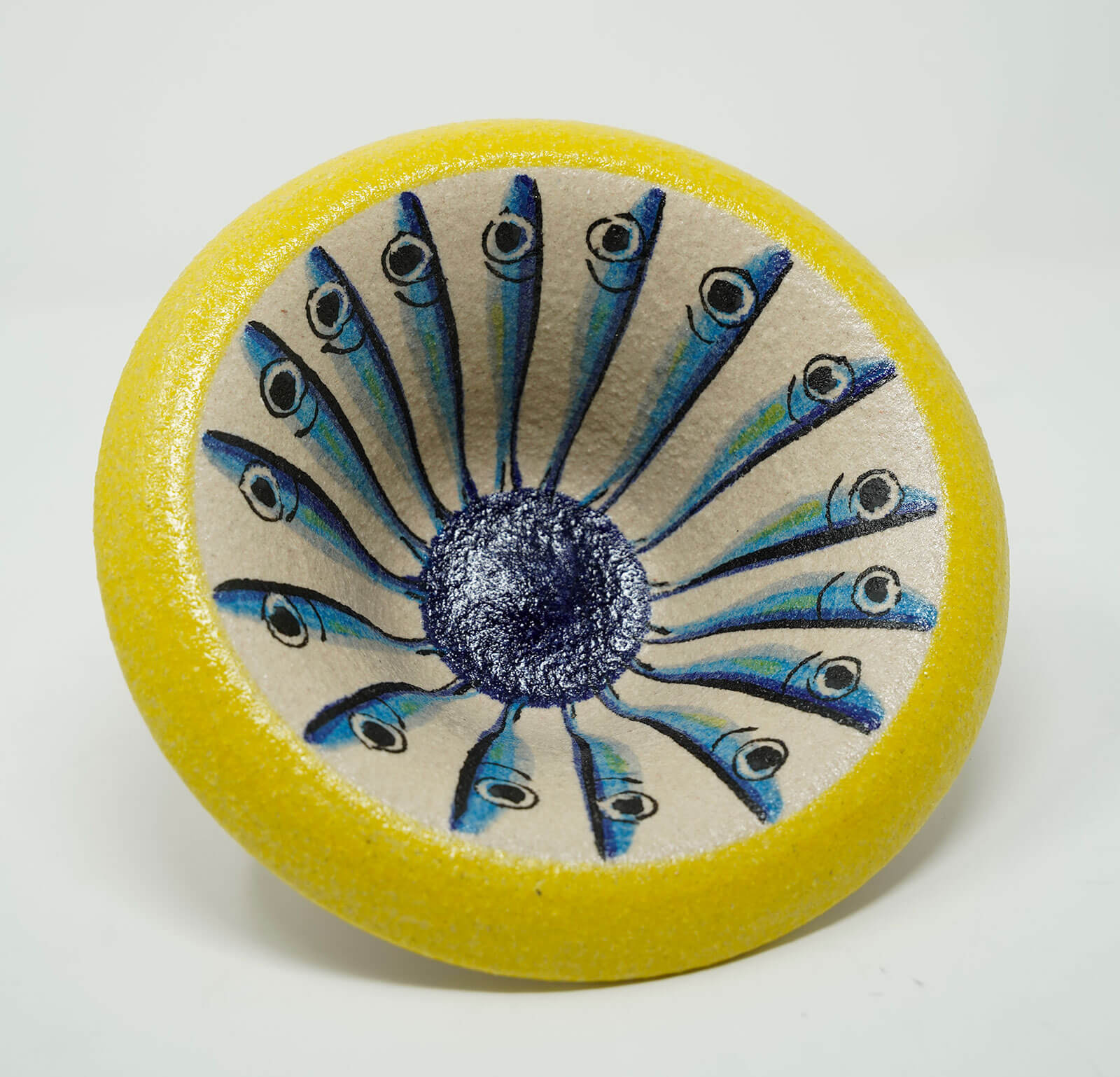 Pajaki Chandeliers
The history of anonymous craft is exemplified in this white Pajaki chandelier. The Polish folk tradition of making intricate chandeliers before Christmas emerged outside of Warsaw in the late 19th century. Commonly made out of paper and straw, they are later ceremoniously destroyed and buried to bring good crops. Berger’s store carries them in all-black and white and gold, made out of paper and wood. “I like the chandeliers’ over-the-top appearance in contrast to their humble materials and simple techniques, such as folding the paper to make the flakes,” says Berger. 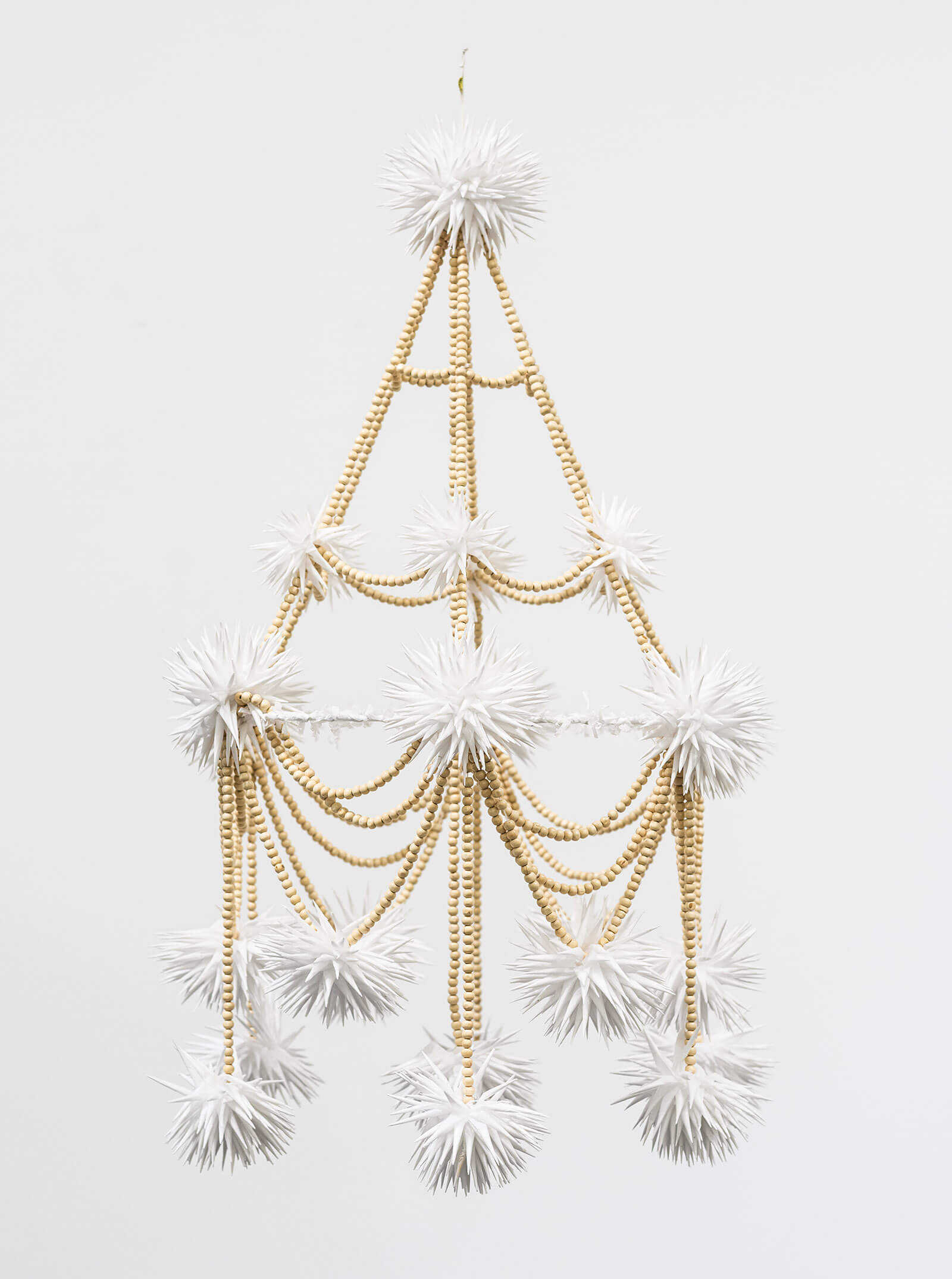 Ado Chairs by Ko Verzuu, circa 1932
Late Dutch designer Ko Verzuu’s toy furniture for the ADO Company has long been a fascination of Berger’s. “He was a construction supervisor for the city of Utrecht but they invited him to run a woodworking workshop with recovering tuberculosis patients,” he says. The programme, which was the acronym for “work by the handicapped” in Dutch, was initiated at a sanatorium in 1925 and used woodworking as a therapy method for recovering patients. Verzuu’s interested in art and architecture led to unique products in children’s and dolls house furniture. This chair is an example of what Berger considers “real furniture but it just happened to be in tiny dimensions.” He enjoys watching people’s reactions when they first see the pieces in real life and realise their true sizes. 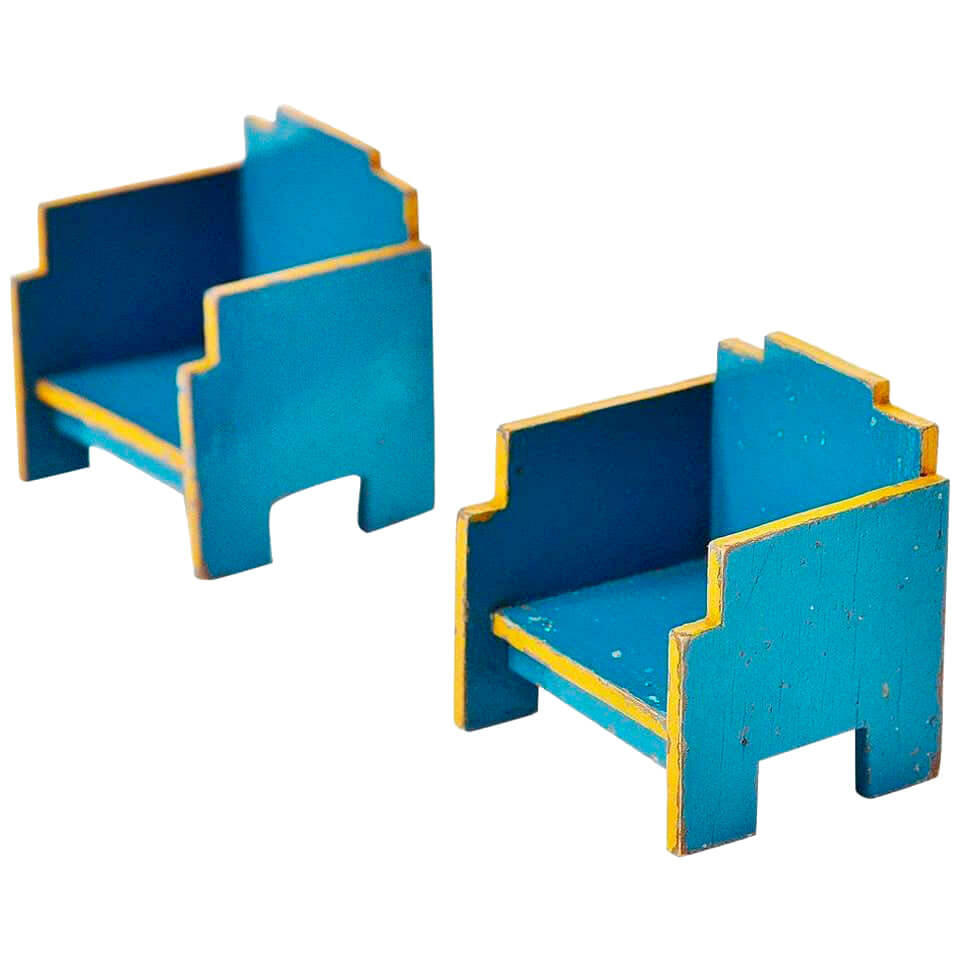 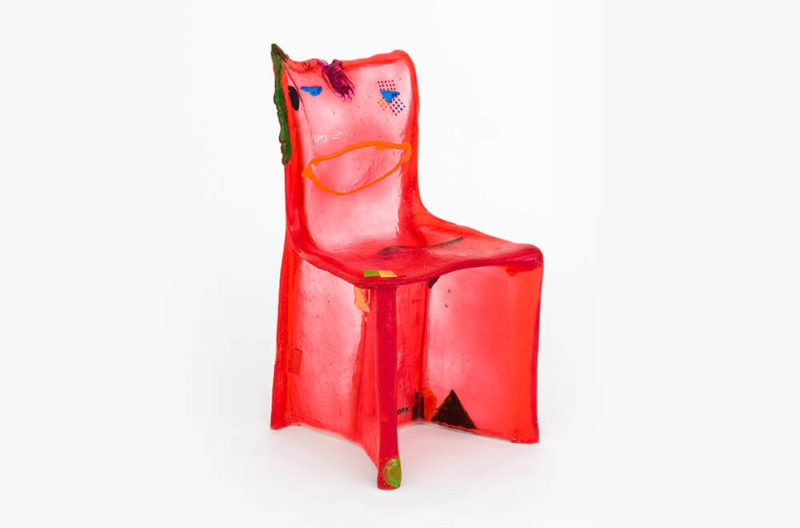 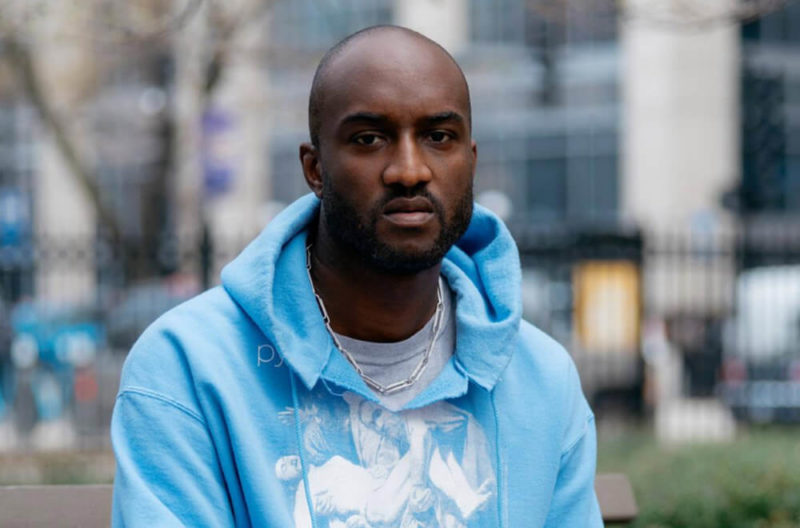 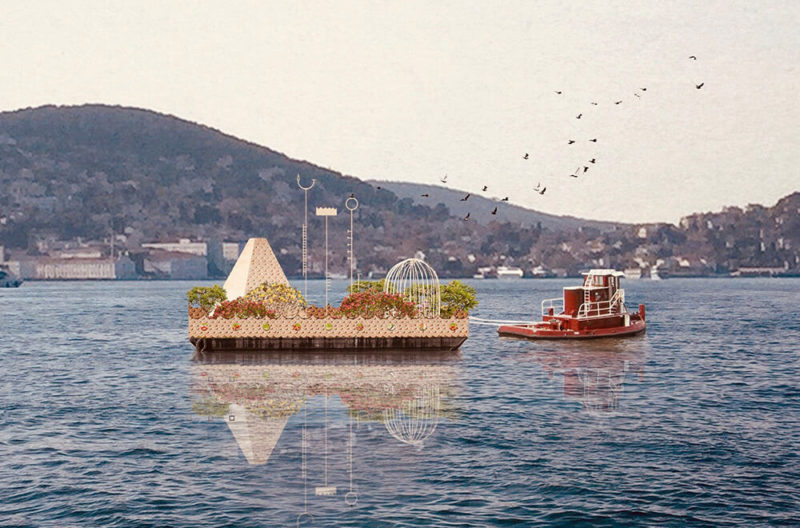 Istanbul Design Biennial 2020: From a floating garden to a revolutionary wood-stove, this biennial brings a wide range of thought-provoking work. 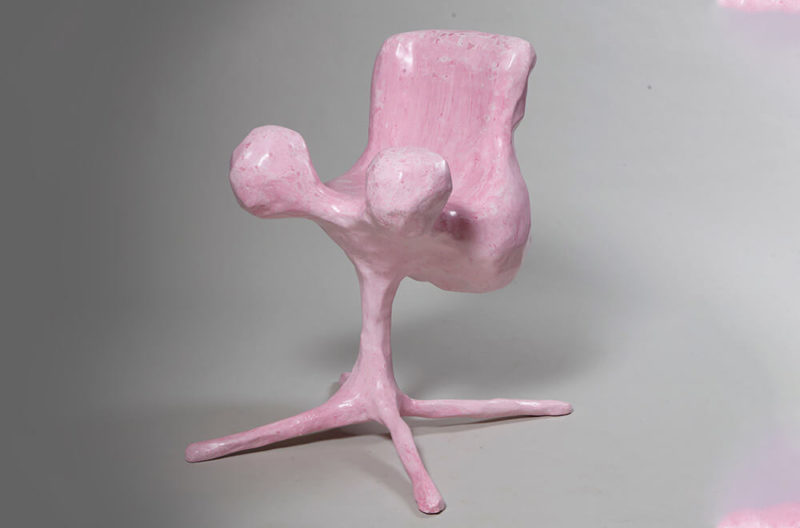