This spring, Rena Dumas's work is brought back to life with exclusive re-editions of five pieces originally designed for private houses. 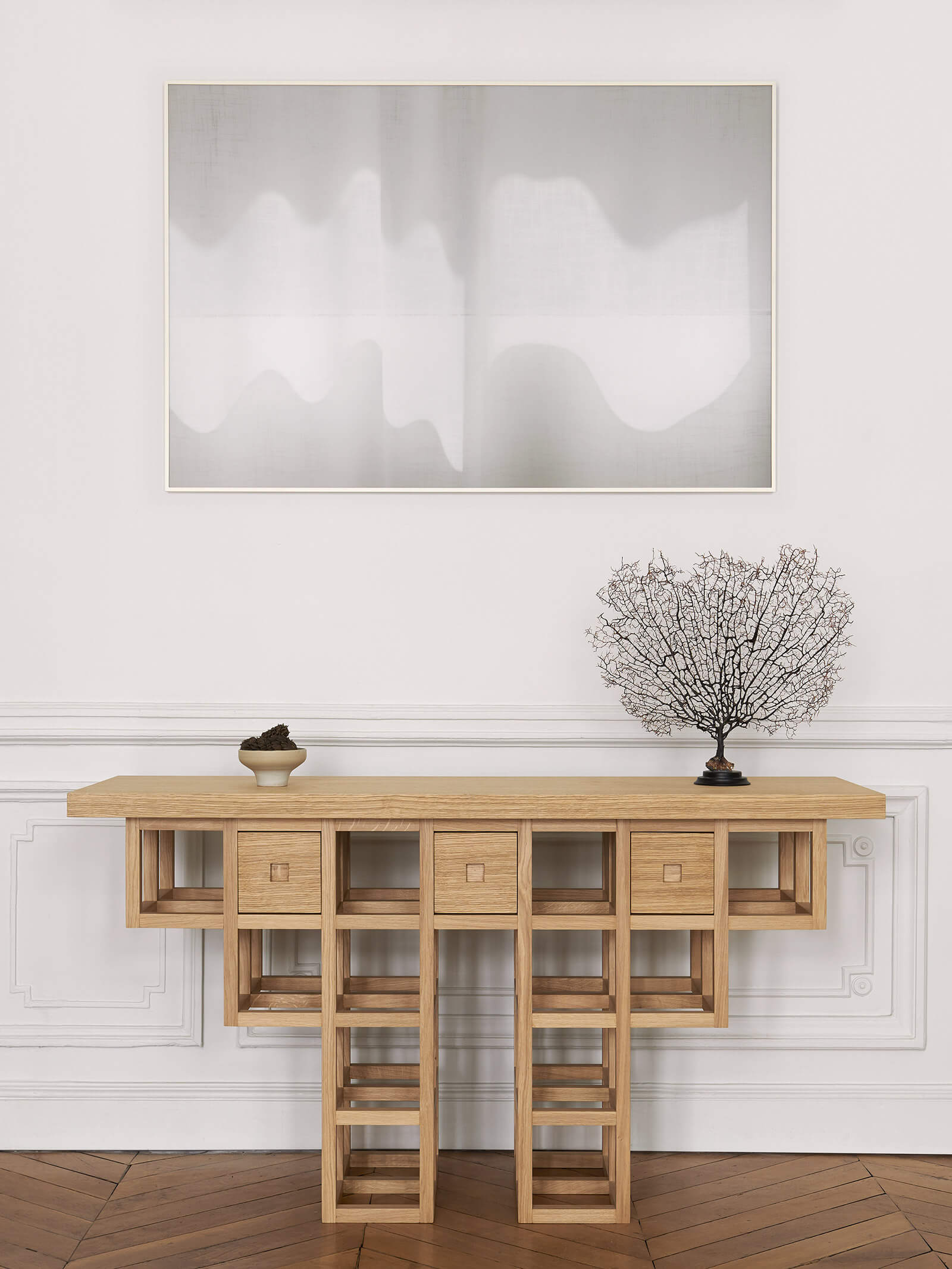 NOT MANY READERS will recognise the name Rena Dumas, but most will have seen her work. Dumas, and her practice RDAI, designed the interiors of over 300 stores for Hermès. With RDAI (Rena Dumas Architecture, Intérieure) she refurbished the headquarters of Yves Saint Laurent in Avenue George V in 2006, and brought a stealthy elegance to both the Hôtel Pergolèse and Christie’s in Paris. Now, thanks to The Invisible Collection, a handful of her furniture pieces are posthumously available to order. 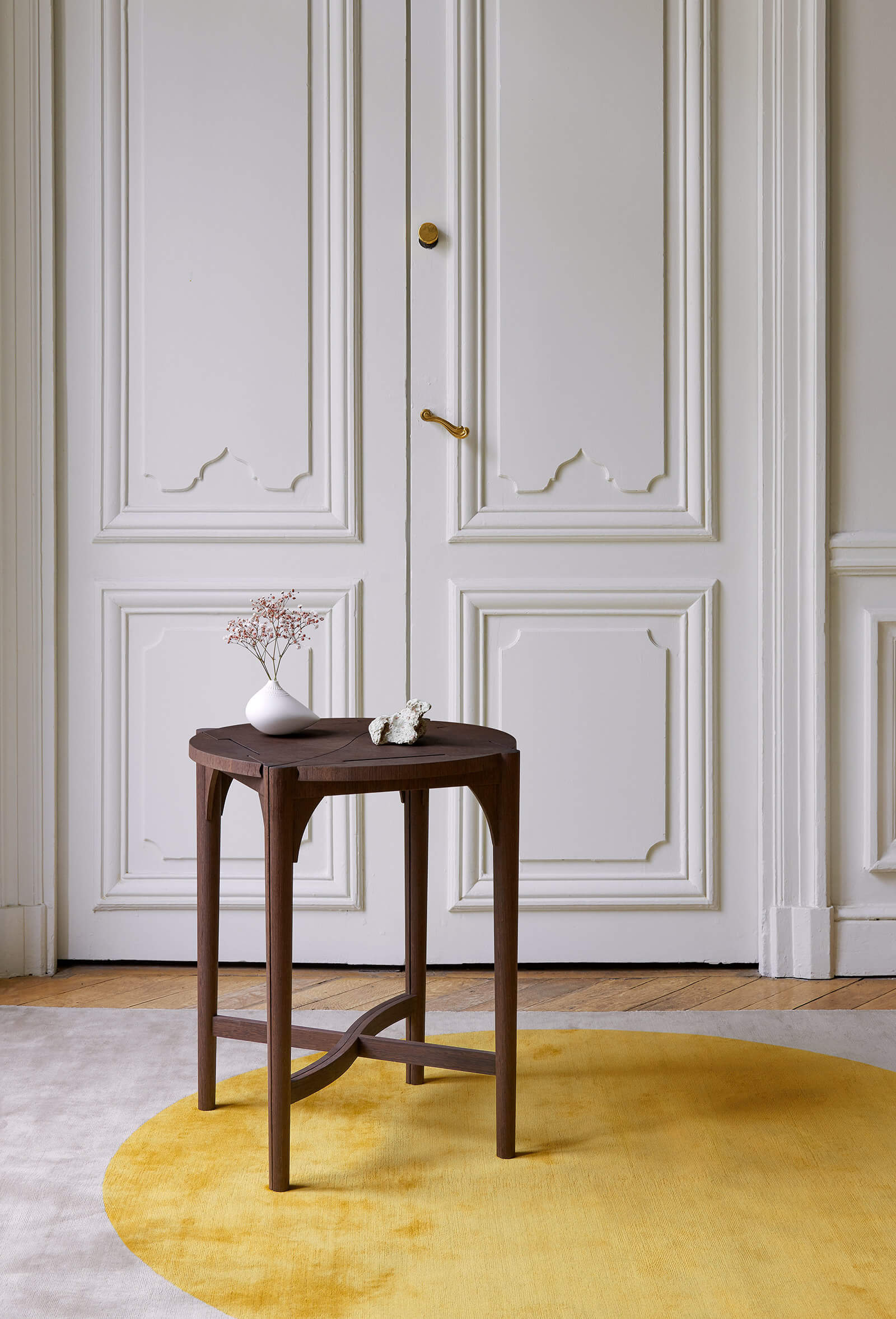 The Invisible Collection was founded in 2016 by Anna Zaoui and Isabelle Dubern-Mallevays, to provide chic bespoke pieces by designers including Pierre Yovanovitch and Charles Zana. Both women had fallen in love with Dumas’s design in their teens, shopping in Hermès, where pieces from her Pippa collection (1983-2010) were on show. Now they have gained permission to reproduce five unique works originally designed for private houses. 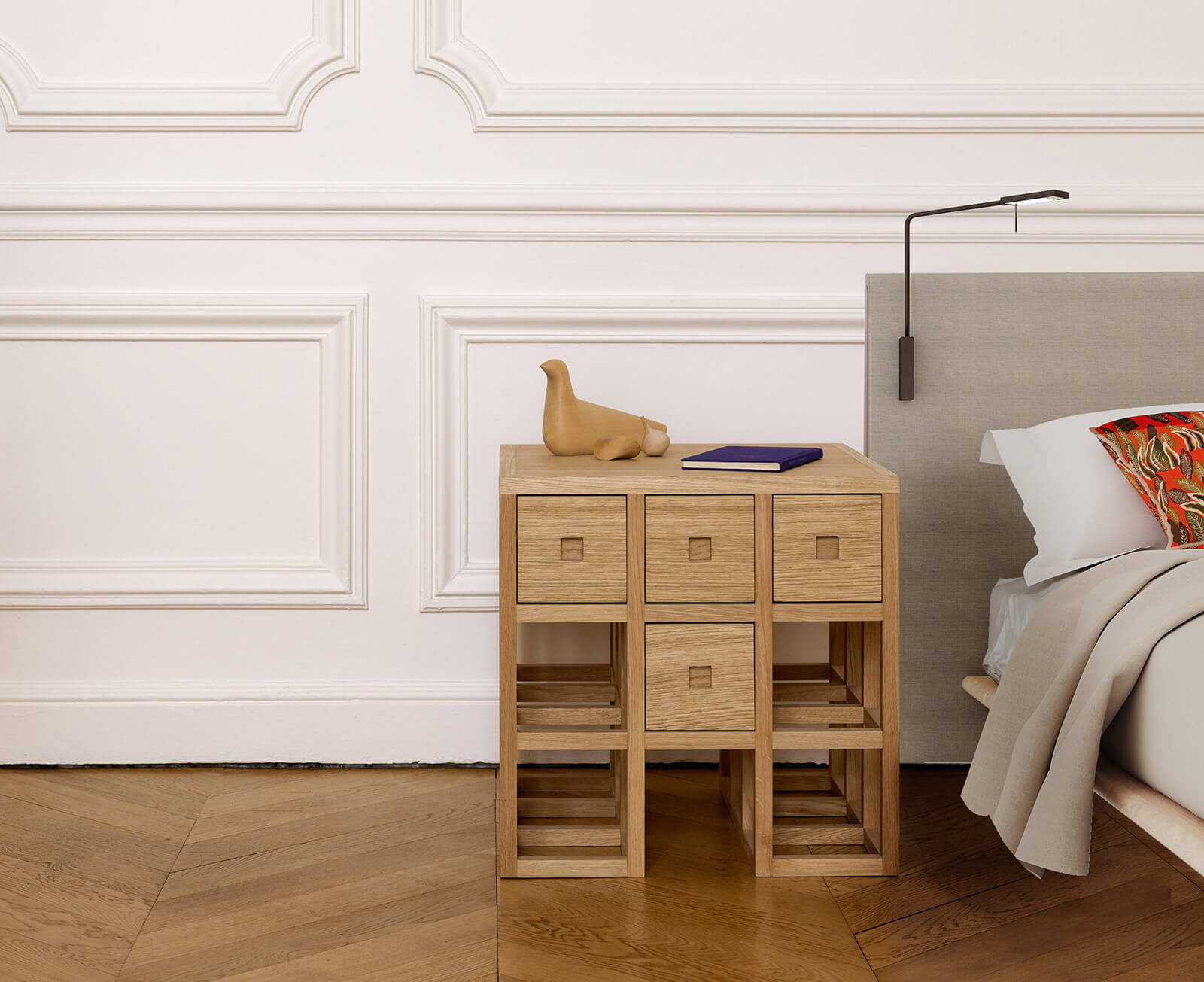 The ‘Aria’ console and bedside table are highly architectural and rigorous – accumulations of small identically sized cubes. The ‘Okeanis’ table and side table are explorations in the organic; bi-partite works which can be used in their two separate sections, and were intended to be moved around the house. The ‘Tapis Lumiere’ – a carpet in exuberant cream and yellow knotted silk that she described as “a sun-circle, a symbol of the earth” – was designed towards the end of Dumas’s life in 2008. She died in 2009. 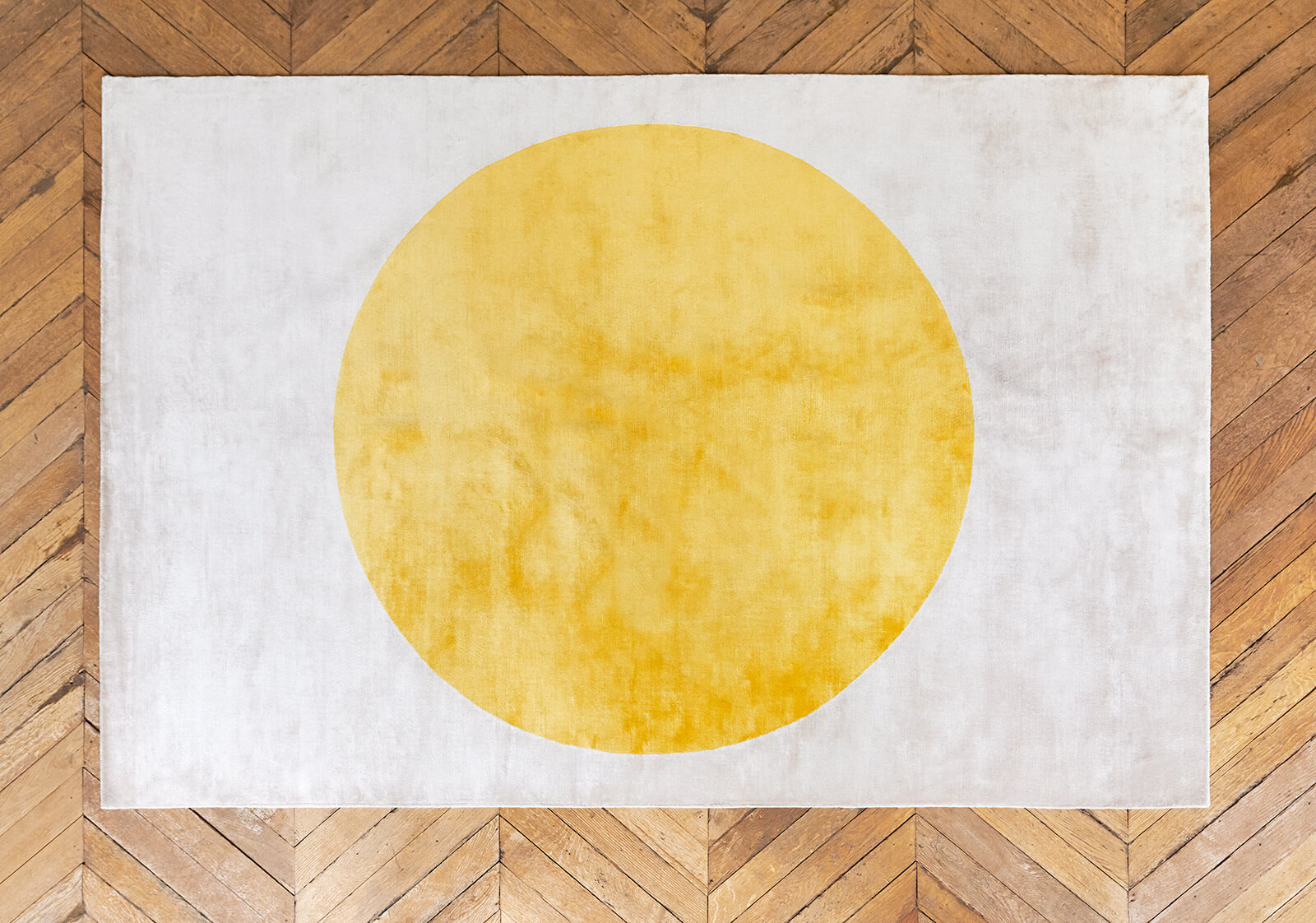 Rena Dumas was born in Greece in 1938, and met her husband, Jean-Louis Dumas, when she was studying at the École Nationale Supérieure des Métiers Arts in Paris. Jean-Louis Dumas would go on to become the CEO of his family’s business – Hermès. He later said that it was thanks to her that the identity of Hermès had been seamlessly updated, without the house losing its deep tradition. Although she established her design studio in 1972, she only started to develop furniture pieces in 1983. As with her interiors, these were influenced by her combined love of French elegance and Japanese restraint. 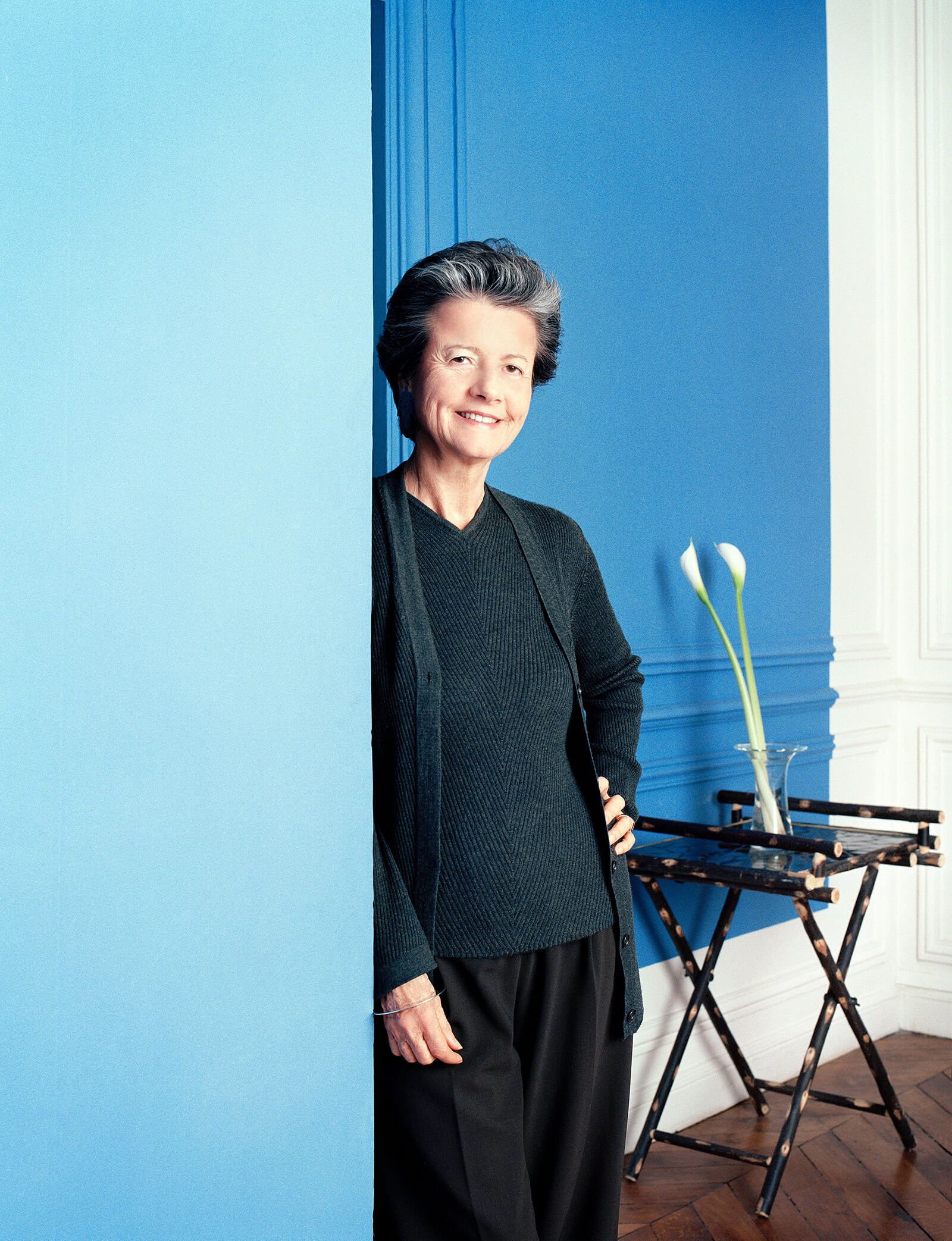 RDAI is now run by Denis Montel and Julia Capp, who both worked alongside Rena Dumas. “She had both intuition and a taste for perfection,” says Montel. “She loved sketching,” says Capp. “And she particularly designed furniture that explored notions of nomadism. Furniture that folded and unfolded, or allowed her to delve into the ideas behind purely structural articulation. Her vocabulary was one of simplicity and the lack of embellishment.” Both of which are so perfectly encapsulated in these pieces that are now for sale. 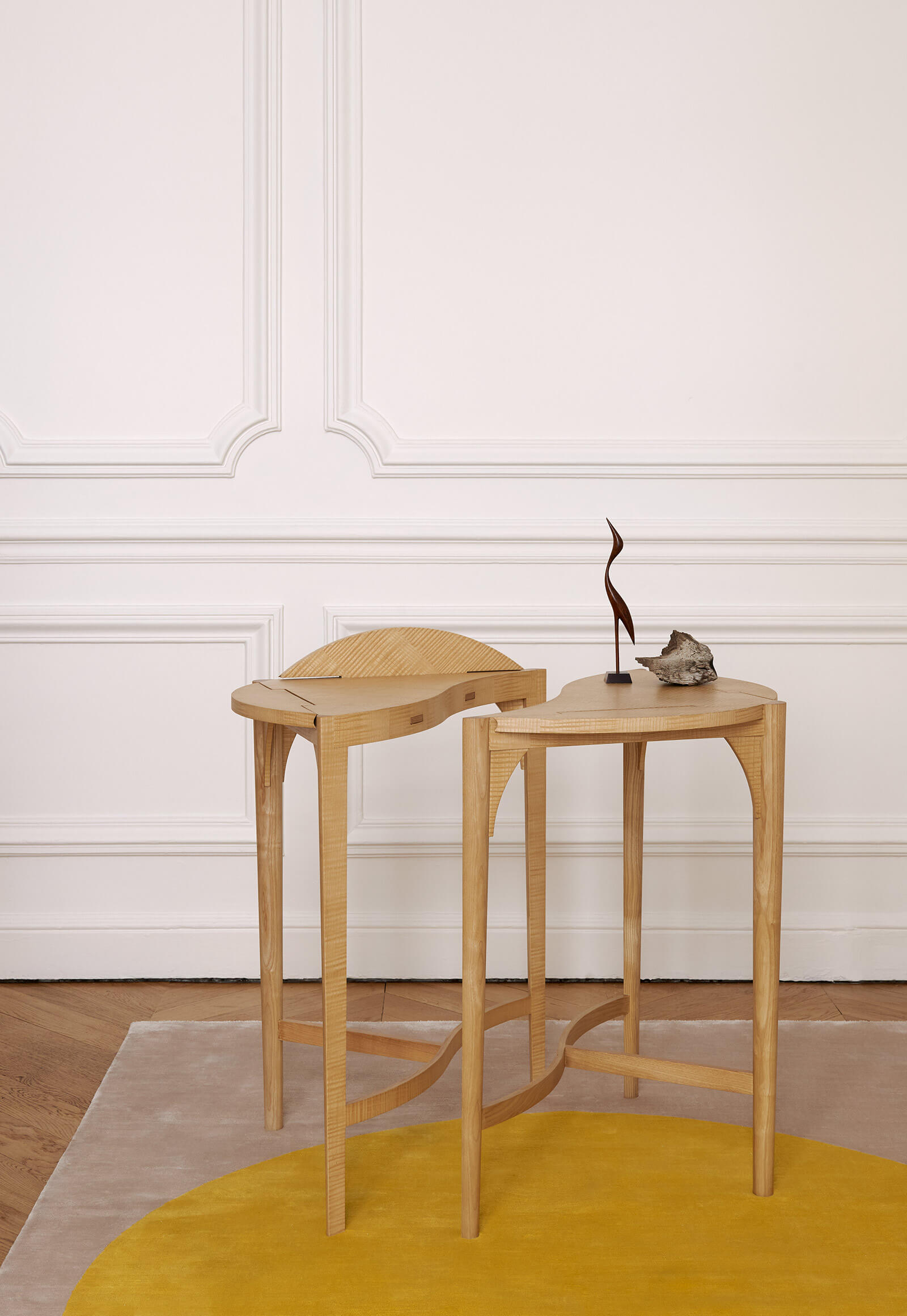 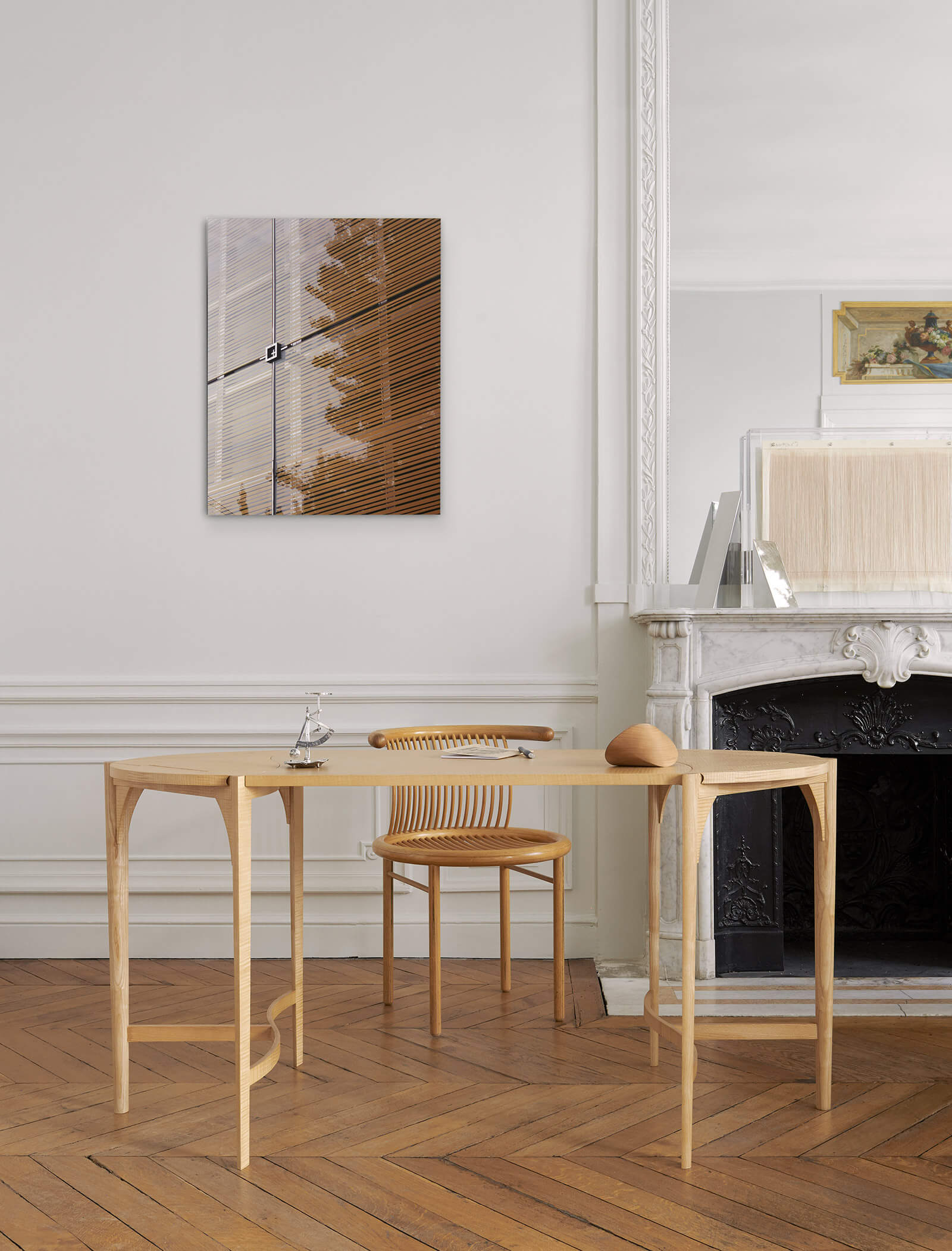 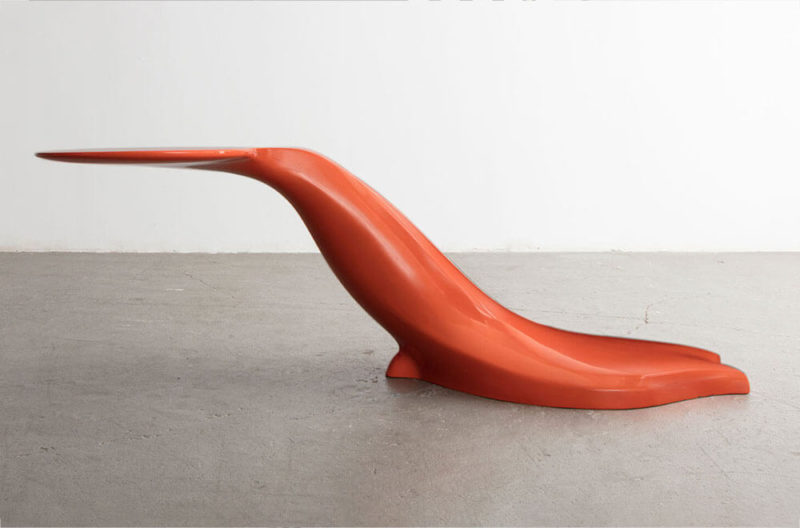 Objects / USA 2020: R & Company's in-depth survey of the ever-evolving American crafts movement is as much a reflection of the present, as it is of the past. 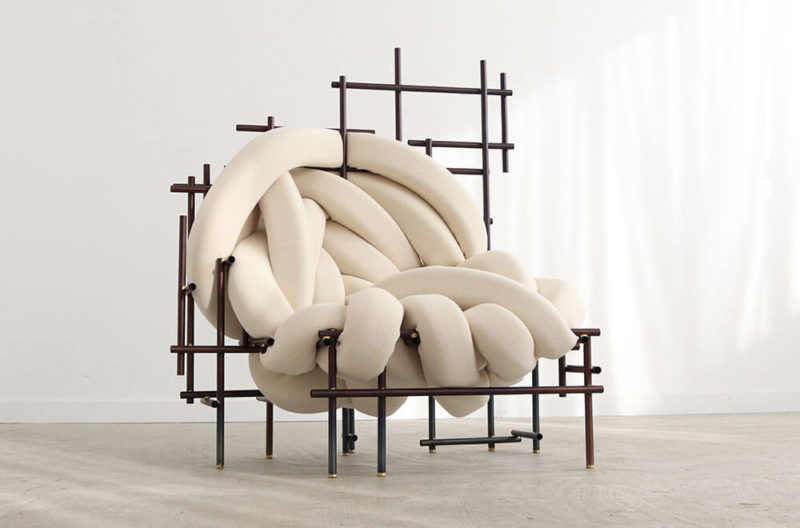 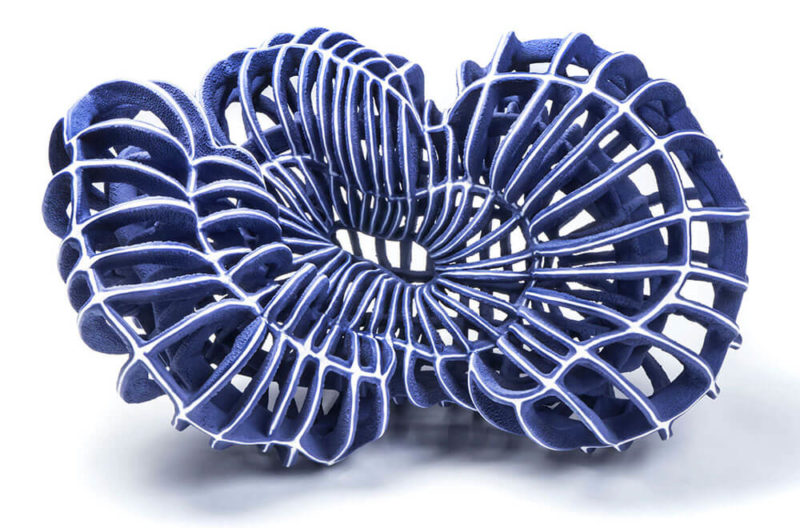 Collect 2021: Still a small and highly selective fair, but with increased online visibility and opportunities for wider engagement. 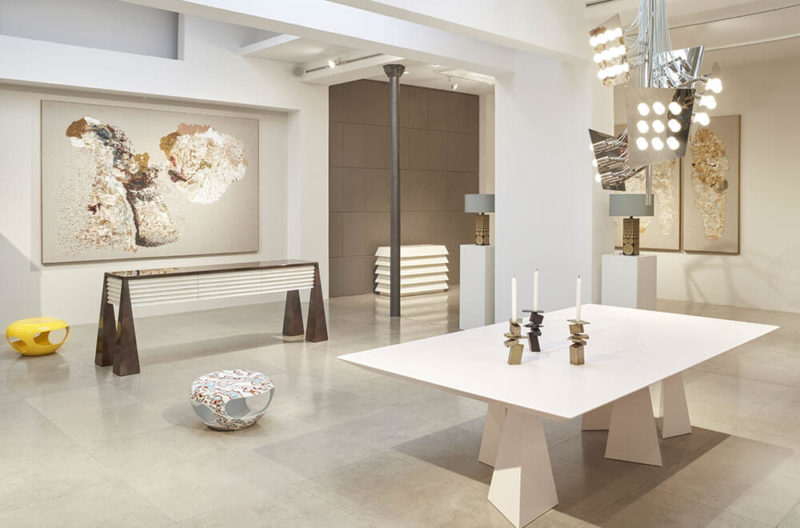 Paris Dispatch / February 2021: The capital's galleries provide an array of real-life shows to lift the spirits and light the darkness.