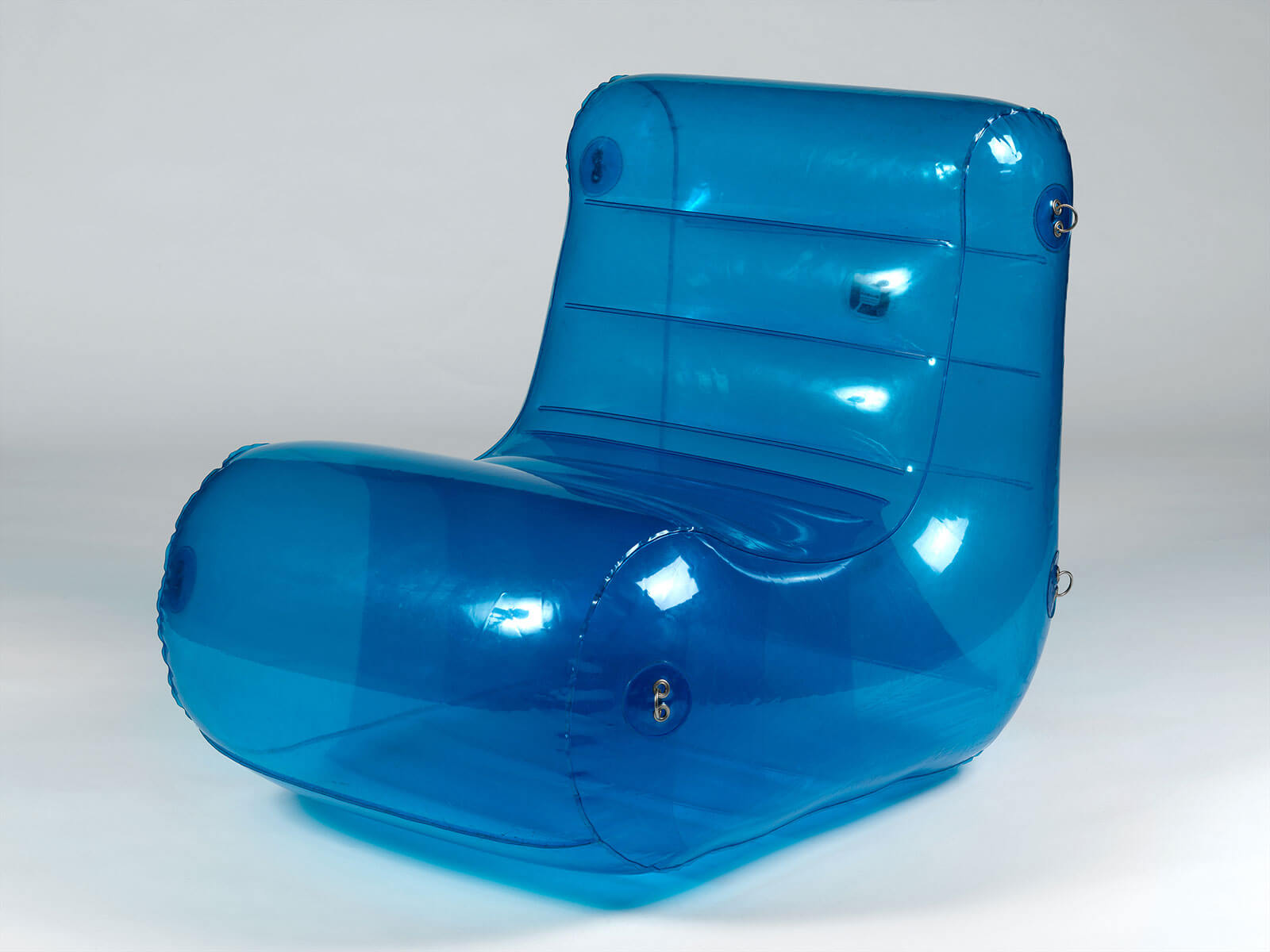 PRESIDENT JOHN KENNEDY’S rallying call in 1961, declaring “We choose to go to the moon in this decade”, inspired several designers, artists and architects to envision projects using the element of air, so that objects could float or be more easily transported. Among them was Quasar Khanh, whose ‘Aerospace’ collection of inflatable plastic furniture included this bright blue chair, ‘Chauffeuse Apollo’ (1968), named after NASA’s Apollo programme.

Born in Hanoi in 1934 as Nguyen Manh Khanh, Khanh immigrated from Vietnam to France in his teens. After studying engineering at the École nationale supérieure des ponts et chaussées in Paris, he first worked as an engineer. While working on a construction project for a dam, he became intrigued by compressed air. The fascination led him into deeper technological research and to becoming a designer through conceiving a PVC furniture collection.

Characterised by lightness, playfulness and transparency, the colourful pieces in the ‘Aerospace’ collection – made at a time when plastic was relatively new – range from a sunbed to a sofa, a circular armchair and a pouf. Each was named after a planet. Khanh manufactured them under the label ‘Quasar’, which he founded with his wife, Emmanuelle, a fashion designer, having adopted ‘Quasar Khanh’ as his pseudonym. Khanh even created an inflatable house and lamps that were showcased in Milan.

An advert produced by Quasar in the late 1960s shows how the pieces, developed in the spirit of a haute couture line, were imagined for stylish interiors or exterior use in the garden. Indeed, some were used for a scene in a French film, ‘Le Cerveau’ (1969), in which David Niven and other actors float around a swimming pool sitting on plastic furniture.

Several of Khanh’s innovative works are currently on display at the Cité de l’Architecture on the Place de Trocadéro in Paris. The exhibition, titled ‘Aerodream. Architecture, Design and Inflatable Structures’ was conceived with the Centre Pompidou-Metz. It traces humankind’s determination to make objects with air, taking the Montgolfier brothers launching the first hot air balloon in an experiment at Versailles in 1783 as the starting point. The exhibition chronicles how using plastic in creative projects ran parallel to space exploration decades before ecological concerns about plastic arose.

Khanh was one of a handful of designers who pioneered inflatable furniture. They shared common radical ideas about mobile structures and a utopian vision about transformable space. Significantly, the Centre Pompidou acquired several of Khanh’s pieces, such as the ‘Chauffeuse Apollo’, as well as the Quasar poster. 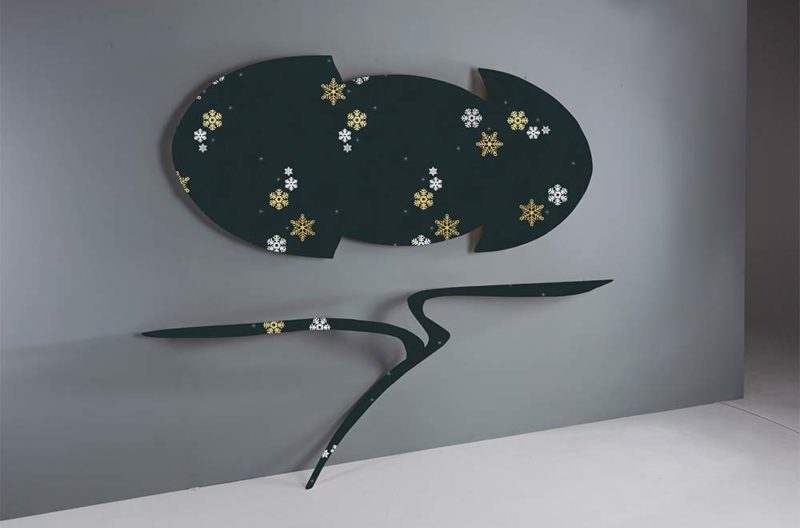 'ON/' stool, 2021: Germane Barnes and the University of Miami 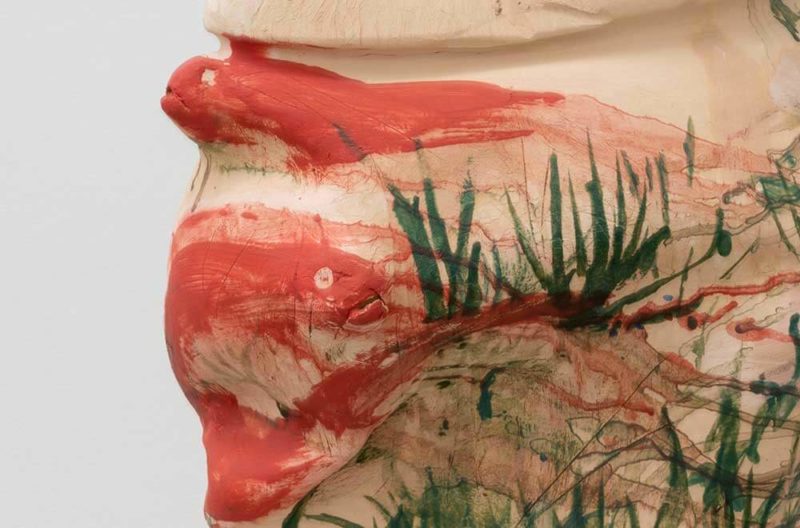