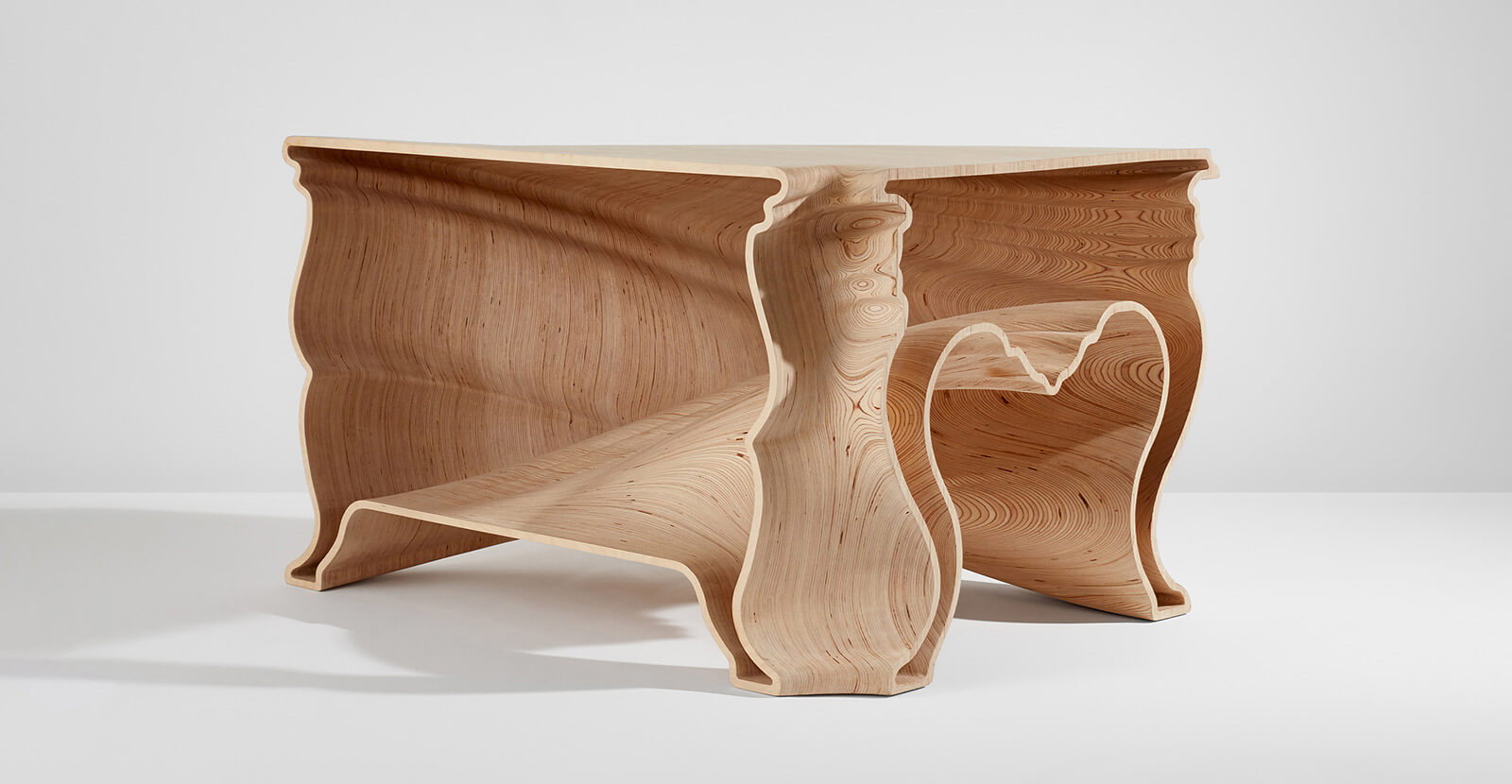 AS SOON AS it was seen, this work was recognised as a classic. It was the designer Jeroen Verhoeven’s graduation piece from the Design Academy Eindhoven. Verhoeven melded two radically opposed traditions: the high culture of luxurious, ornate, hand-made furniture from 17th and 18th century Holland; and the then still-nascent, present-day technology of digital modelling, combined with computer numerically controlled (CNC) fabrication – capable of hands-free perfection. Humble plywood, that Cinderella material, is transformed by the fairy godmother of invention into a princely piece of furniture.

Inspired by images he had found in the library of the Stedelijk Museum in Amsterdam of archetypal 17th and 18th century tables and commodes, Verhoeven hand-drew the silhouettes of a baroque table and a barrel-breasted Bombé chest. Over three months, he merged these two drawings on a computer to produce a fluid three-dimensional form. The table is constructed from 57 layers of 80 mm birch plywood, cut by CNC cutting-machine, and then meticulously glued together and finished by hand. Just as the shape itself looks different from different perspectives, so from one point of view this is a luxurious, highly-crafted object, and from another it is an unadorned machine-manufactured plywood shell, both a complete work and a mere outline. It is a breathtaking display of virtuoso 21st century making.

The table was made in an edition of twenty, with four Artist’s Proofs and one prototype. Several are in museums. But from tomorrow (until 23rd July) you can see Artist’s Proof number 2 at Phillips New York, 450 Park Avenue, where it is up for sale on 29th July, estimate $100,000 to $150,000.