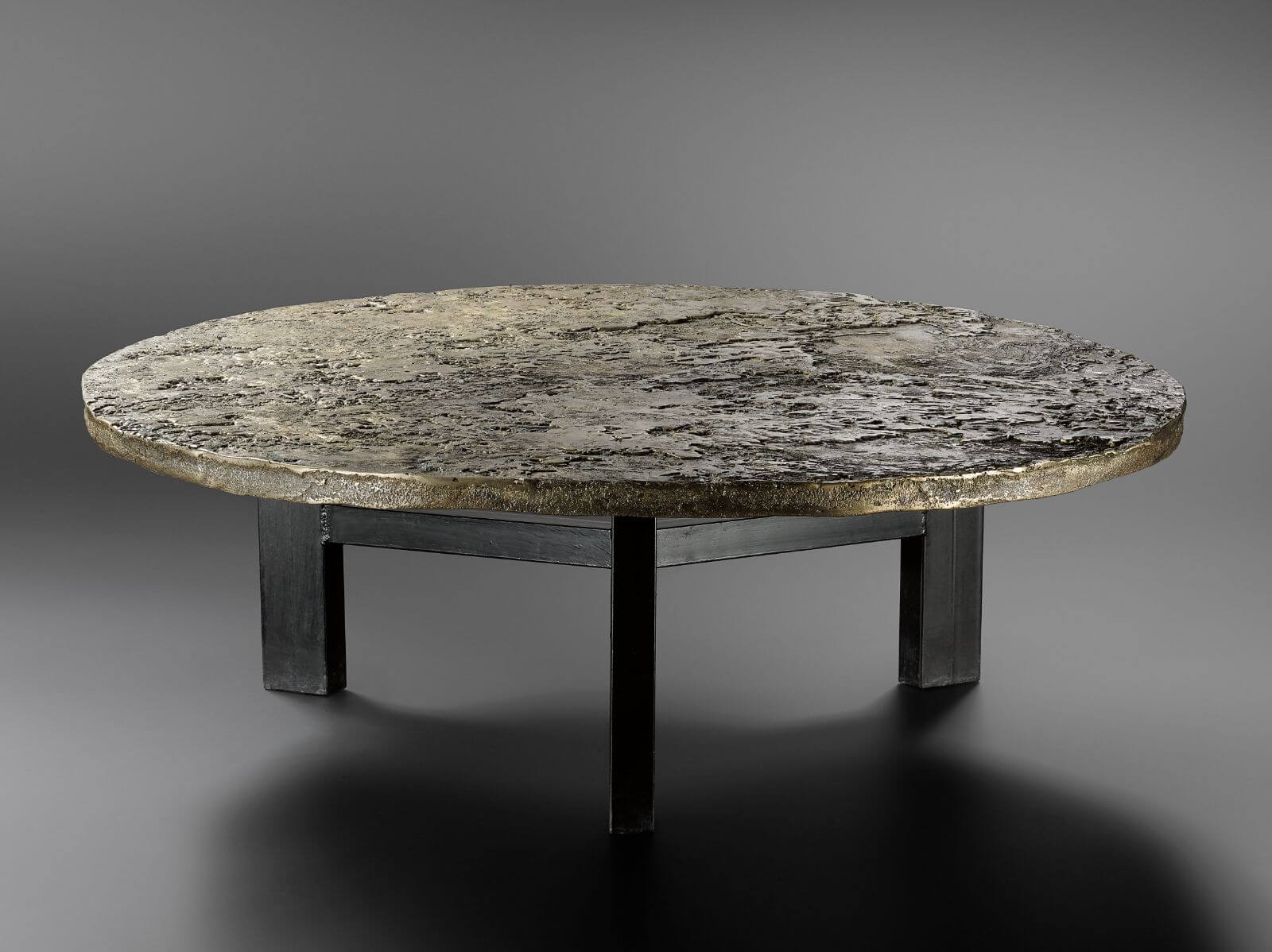 ADO CHALE DOES not like making things easy for himself, if his bronze, textured ‘Coffee Table’ (1972) with a blackened steel base is anything to go by. Rather than treating the bronze to make it smooth, he chose to expose and accentuate irregularities and contrasts, scarring the bronze in some places and leaving the cracks visible. The final result with its uneven surface is suggestive of a lunar landscape, revealing Chale’s remarkable talent for experimenting with materials to convey something cosmic.

This extraordinary coffee table features in the exhibition ‘Heavy Metal: Metal Use in Modern and Contemporary Design’ at Gokelaere and Robinson in the seaside town of Knokke, Belgium. The summer show brings together a diversity of works, from the 1950s to the 1980s, by an all-male lineup boasting some of the leading figures in design. On view are lighting pieces by Alvar Aalto, Serge Mouille, Gino Sarfatti and Gerald Abramovitz as well as furniture by Ron Arad, Paul Evans, Poul Kjaerholm, Yonel Lebovici and Mathieu Matégot. What is striking is the incredibly different ways in which metal has been manipulated over the decades, reflecting how the material has inspired designers to test the power of their imagination.

Born in 1928 as Adolphe Pelsener in Molenbeek in a rundown part of Brussels, the designer – who became known as Ado Chale in 1962 – trained as a metalworker and initially worked in a sheet-metal factory. In his free time, he started hammering silver to create pieces of jewellery and made objects with cement encrusted with stones that he found on the cliffs of northern France. A decisive turning point in his life was a trip to Germany in the 1950s where he became fascinated by minerals.

Over the years, Chale travelled extensively – India, Pakistan, Afghanistan, Madagascar and the US – in search of semi-precious stones and rare materials. Back in his studio, he would cast lapis lazuli, jade, amethyst, malachite and agate in epoxy resin, which was then a new material, to make alluring mosaic tops for tables, thus broadening the aesthetic range of his practice. He also began making pieces of furniture, primarily having a penchant for tables, in bronze and aluminium. Keen to create signature works, some of these tables would be characterised by deftly spun concentric circles or other patterns, inspired by those primary, elemental forces – the sun, the moon and water. Recognition of the artistic dimension of his works and craftsmanship led to him being invited to participate in the World’s Fair in 1967 in Montreal.

Over the years, Chale, now at the grand age of 94, has collaborated with Parisian dealers such as Yves Gastou and Galerie Chastel-Maréchal, as well as Gokelaere and Robinson. 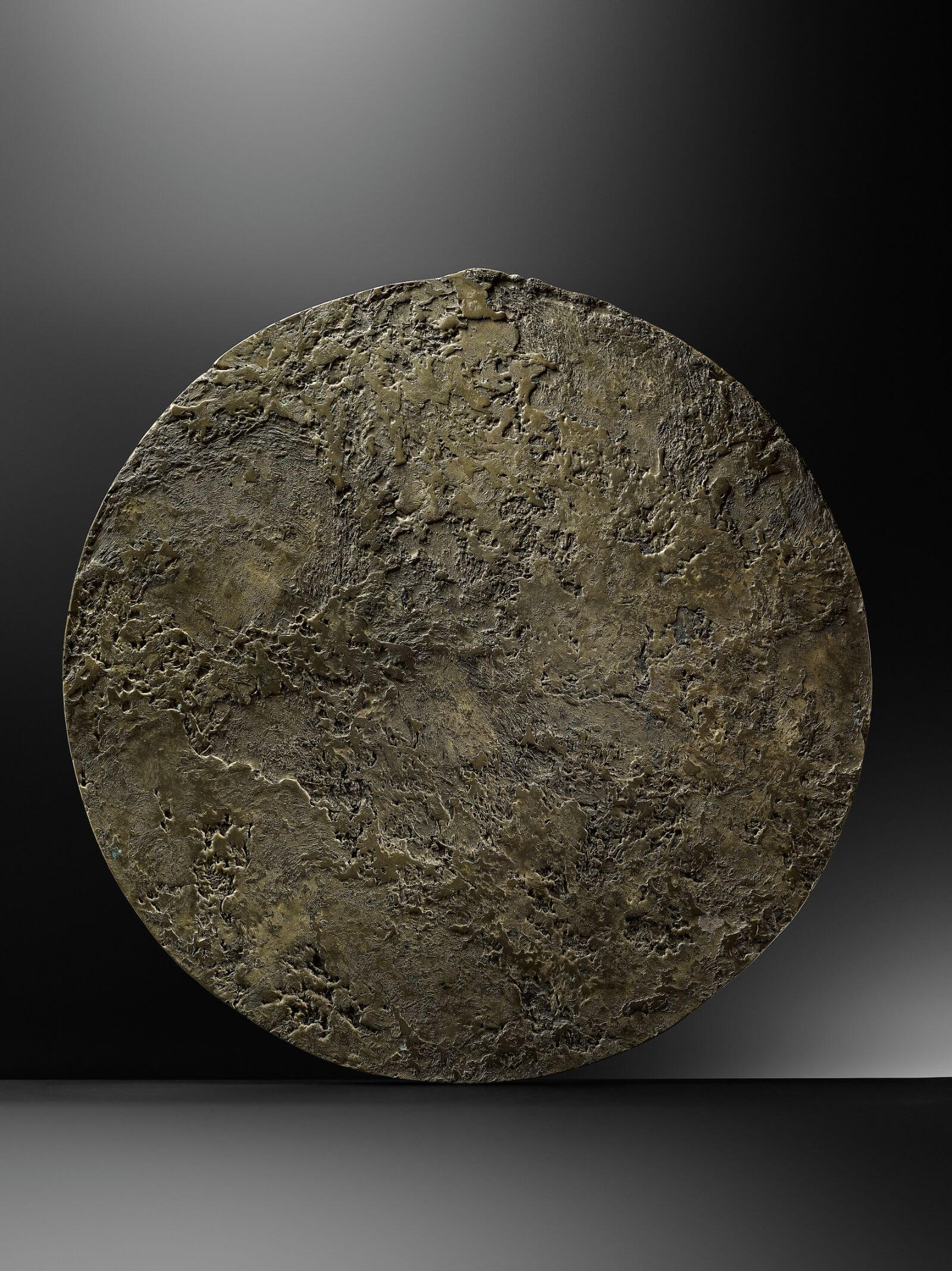 ‘Heavy Metal: Metal Use in Modern and Contemporary Design’ is at Gokelaere and Robinson, Knokke, Belgium, until 18th September 2022.

Stuart Haygarth: “A lot of my work is about abandonment and loss, I think. And giving things a second life.” 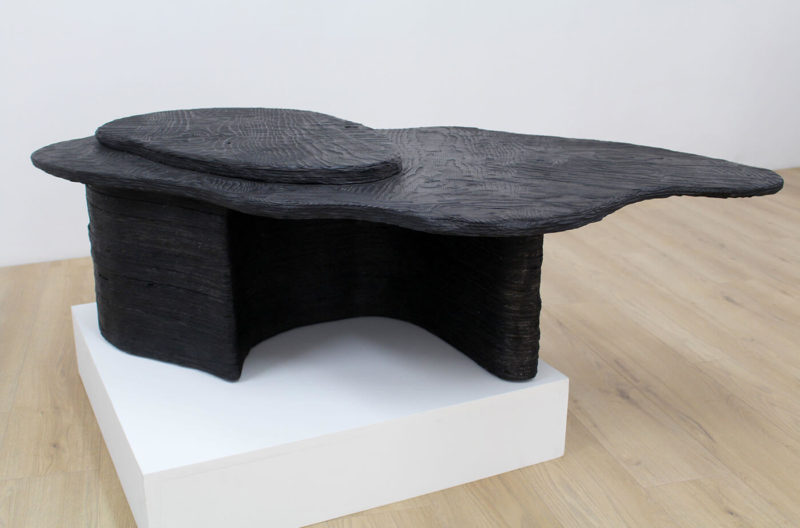 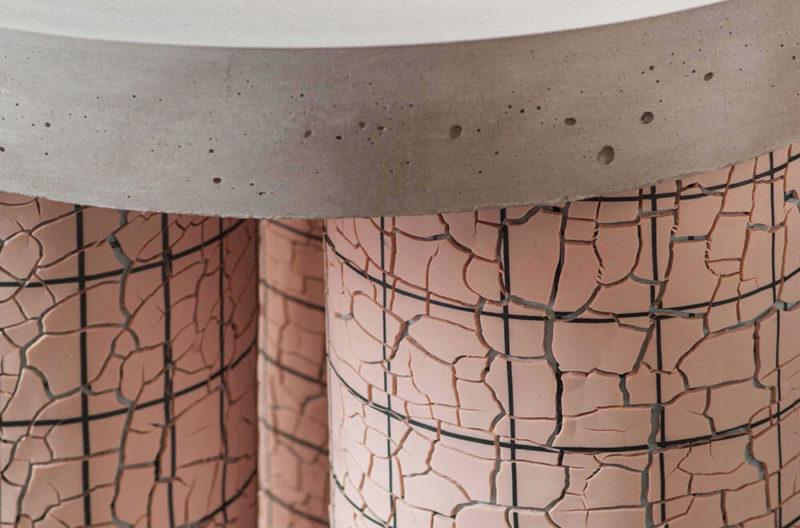 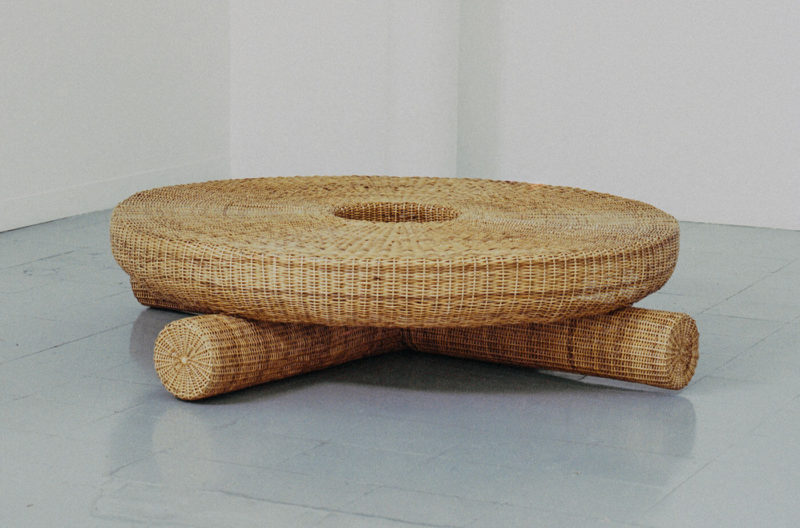 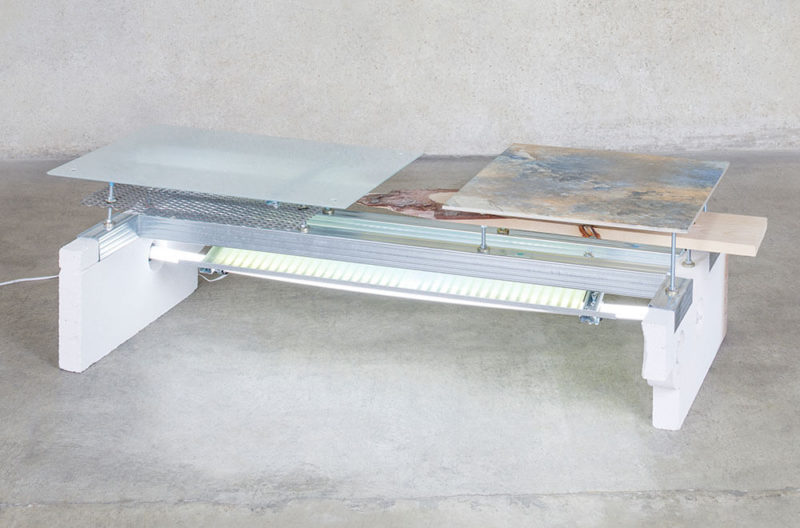