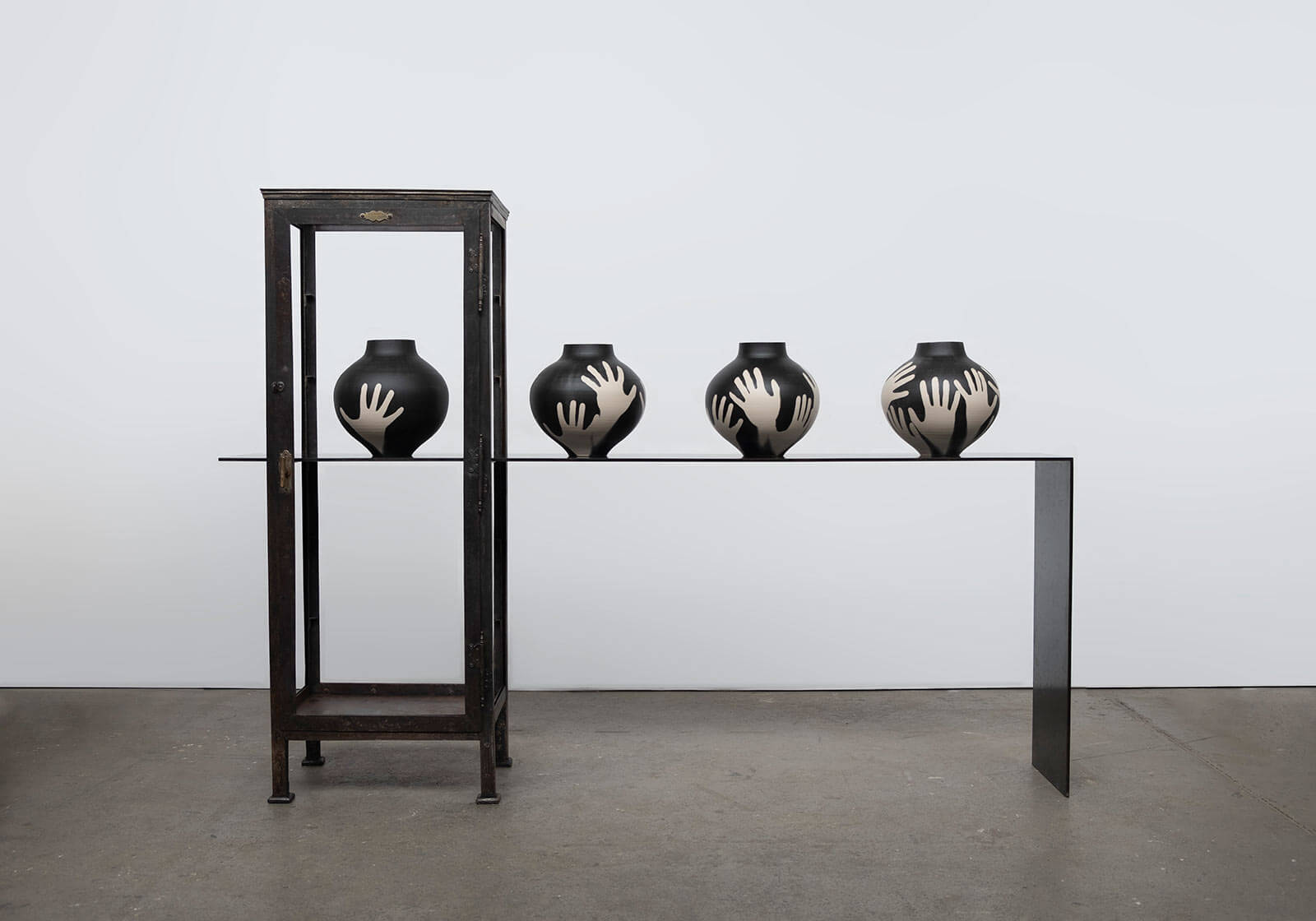 THIS PIECE OF design, through the process of collaboration, has become a work of art. Metaphors latent in the work of both the partnerships who made it – of containment, of absence, of ephemerality and the passing of time – here come to the fore, in the creation of a unique, composite, poetic object.

For its new show, ‘Together: The Power of Collaboration’ (until 12th November), FUMI Gallery in London invited its stable of artists to form pairs, and create one-off pieces together. This console with its vessels was created by James Russell and Hannah Plumb, of JAMESPLUMB, working with Sarah van Gameren and Tim Simpson, of Glithero. Van Gameren reports, “We all met at one of FUMI’s infamous Christmas parties.” Glithero are known for their commitment to process and materials, whether the decoration of ceramic jars with silver gelatin photograms, as here, or with their ‘Les French’ series of furniture, cast in bronze from improvisatory sketches with bamboo and string. JAMESPLUMB have a more intellectual and, in the words of van Gameren, “evocative and theatrical” approach, often up-cycling found objects into entirely new objects, lighting or installations.

Here Russell and Plumb have taken an old steel cabinet and developed a display cabinet and sideboard from it, to showcase a new series of Glithero’s ‘Hold Me’ vases. Conceived in 2020, where repeated experiences of lockdown cut us off from the sense of touch, these vases come in series of four. The images of hands on the pieces are achieved using an original photographic process, where light-sensitive vases are revolved within a shard of light. Each piece in the series is created by a progressive number of people holding and turning, from one person in the first vase to four people for the last. As van Gameren explains, “It is a process that requires careful choreography and timing. The resulting image immortalises the moment of making. The hands that are captured on the surface of the vases are simultaneously the way the pieces were made, as well as the subject of it.”

The display cabinet and console frame the stoneware vessels – both literally, and by offering a contrast between the past, represented by the cabinet, and the present, represented by the minimalist steel surface and single leg of the console, which relies on the cabinet for its stability. Together they offer a platform for a reenactment of the process of making.

If the vases become emblems of the collaboration between Glithero and JAMESPLUMB, the cabinet is a homage to their affinity. JAMESPLUMB comment, “Having fresh eyes on our work brought out themes that we’d only been intuitively aware of, like our tendency to make containers, and that resonated with the idea of ‘holding’ that pervades their vases.” 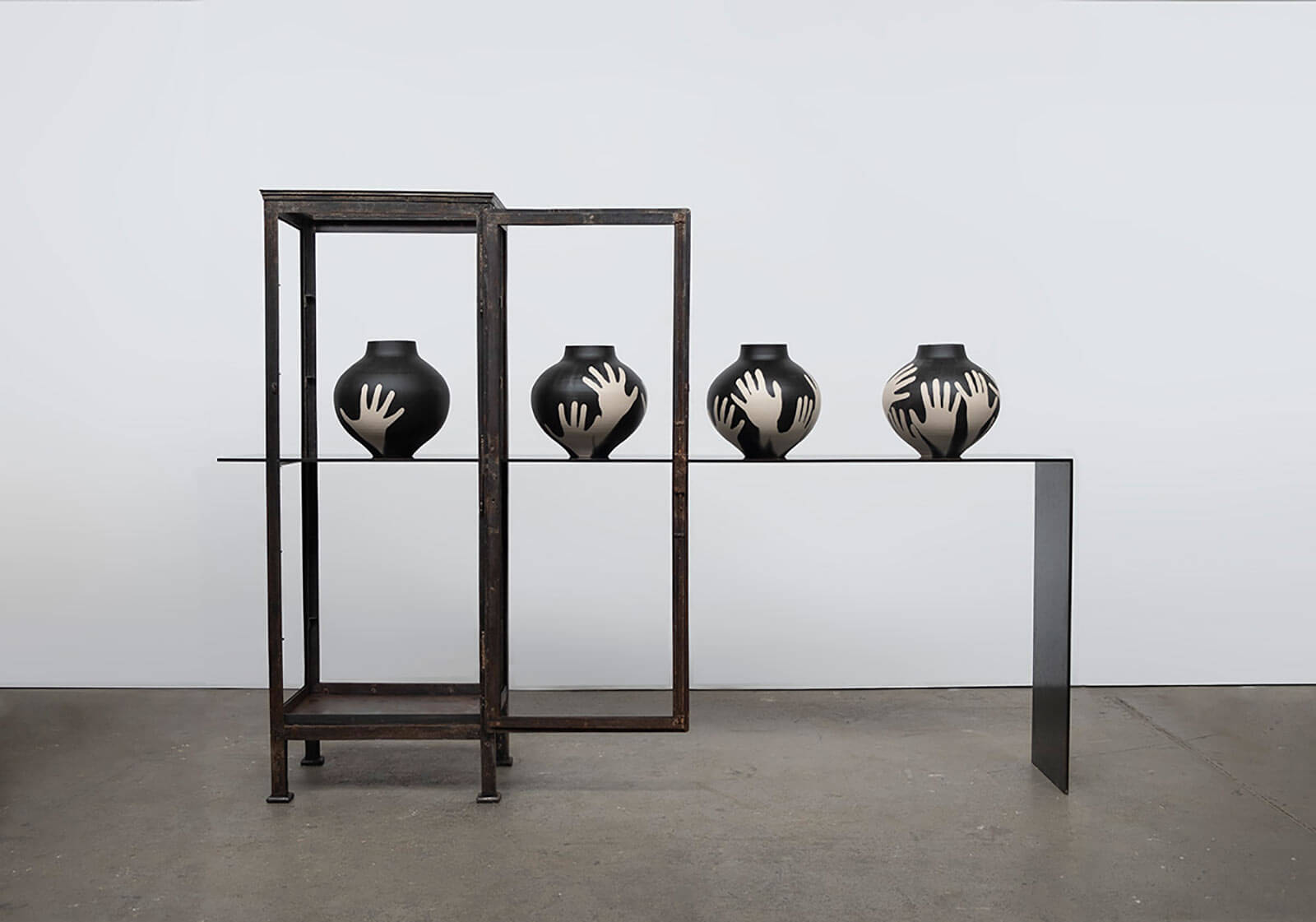 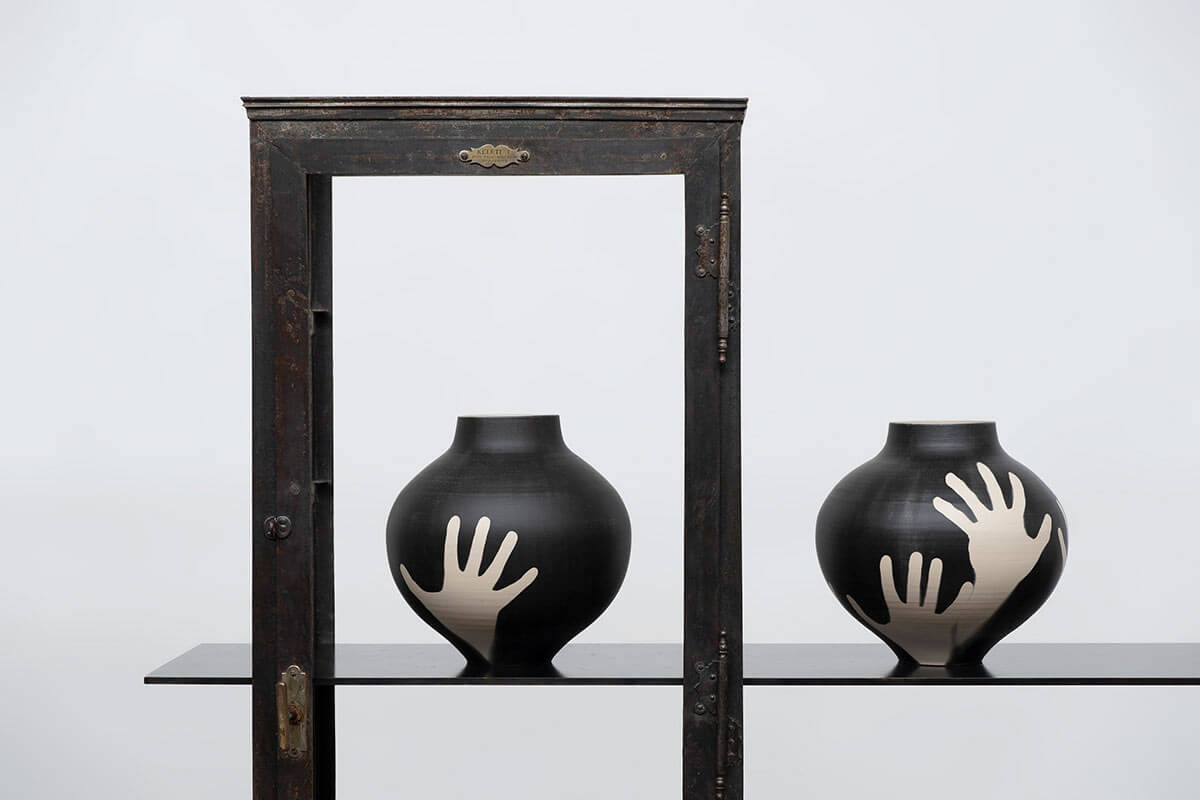 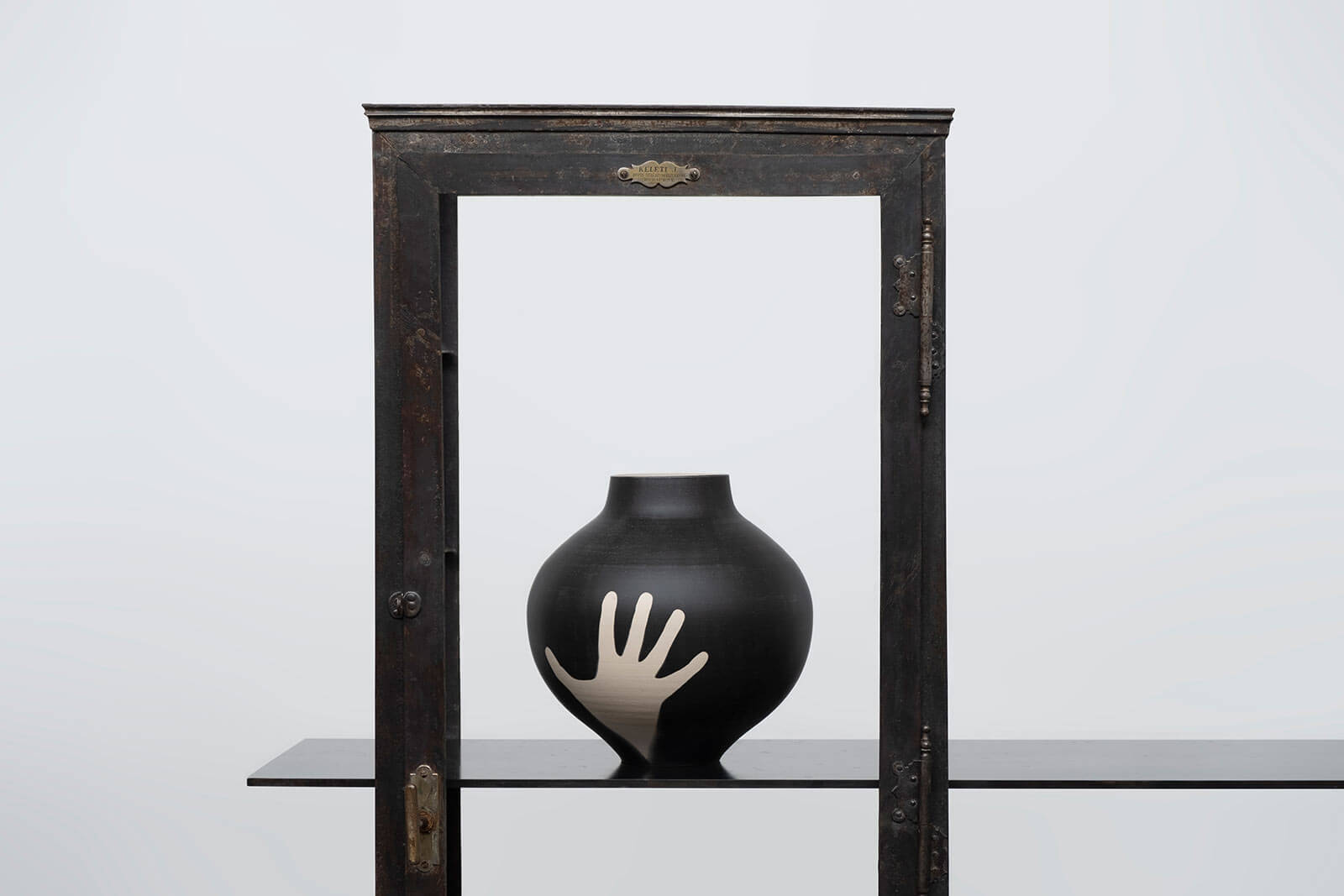 ‘Together: The Power of Collaboration’ at Gallery FUMI runs until 12th November 2021. 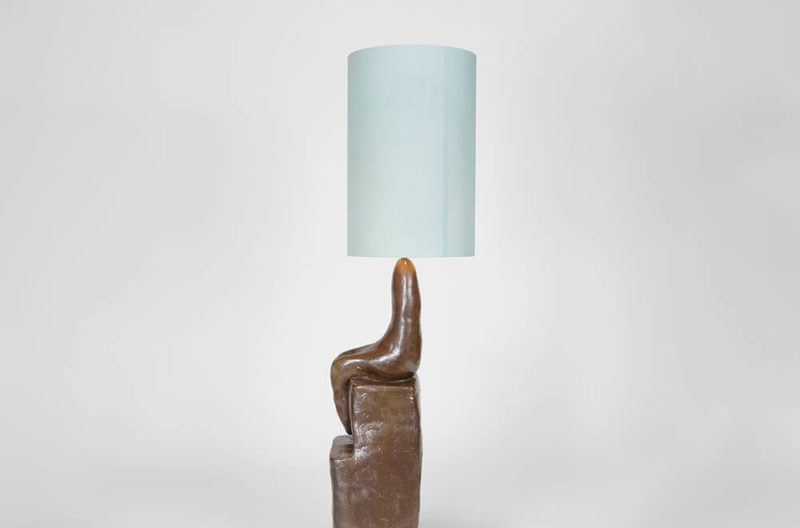 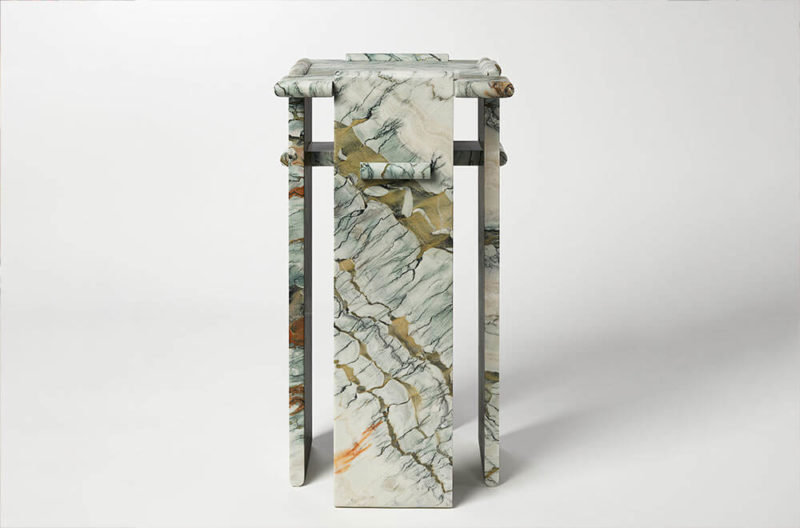