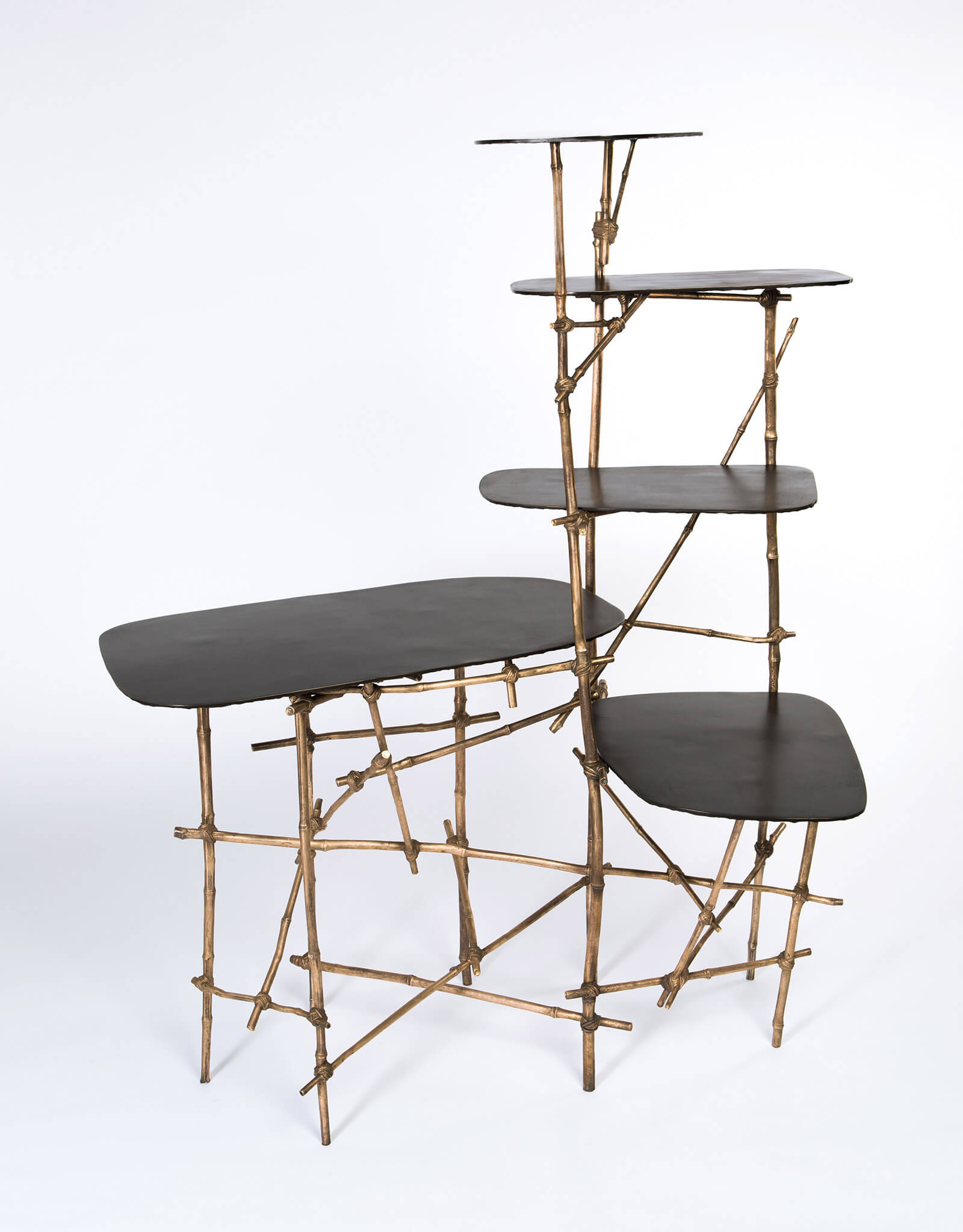 The Design Edit (TDE): So, how did you meet?
Glithero (Sarah): We met at the Royal College of Art, in the Product Design Department. We were in the same class. We figured out that we had the same interests. I borrowed a book about Hitchcock from the library (Tim: It was Narrative Techniques in Film) and found a note by Tim in it. 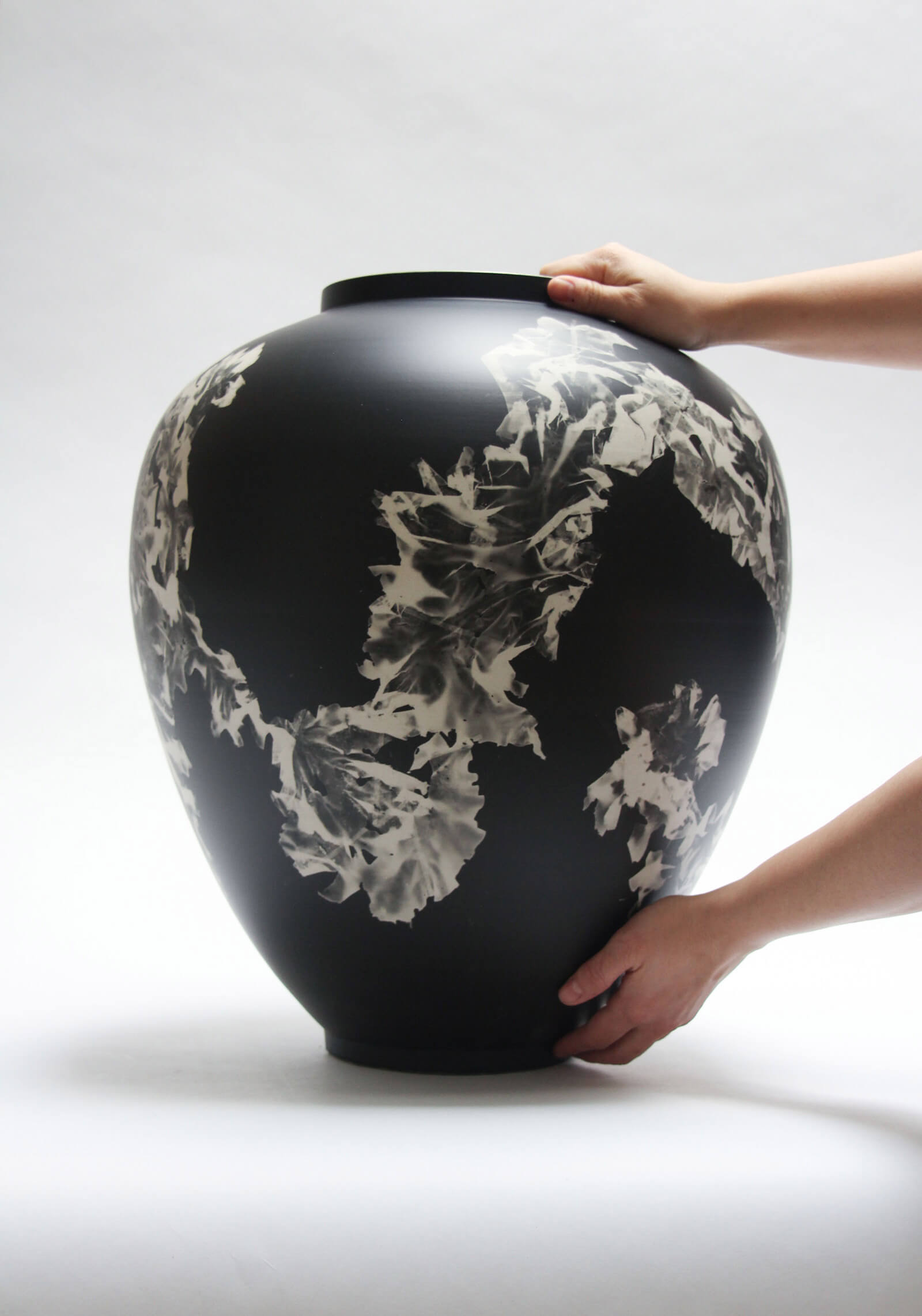 TDE: What drew you to work together?
Glithero (Tim): At that time we were both desperately avoiding becoming designers in any straightforward sense. (Sarah:) And having discovered we were both interested in the same things, we started helping each other on projects. Tim graduated before me, in 2006, and I helped him on his graduation project, ‘Natural Deselection’. (Tim:) Then I exhibited on my own, but I didn’t know which direction to choose – what kind of design to pursue. Meanwhile, I helped Sarah on her graduation project, ‘Big Dipper’, which is both a machine and a product. 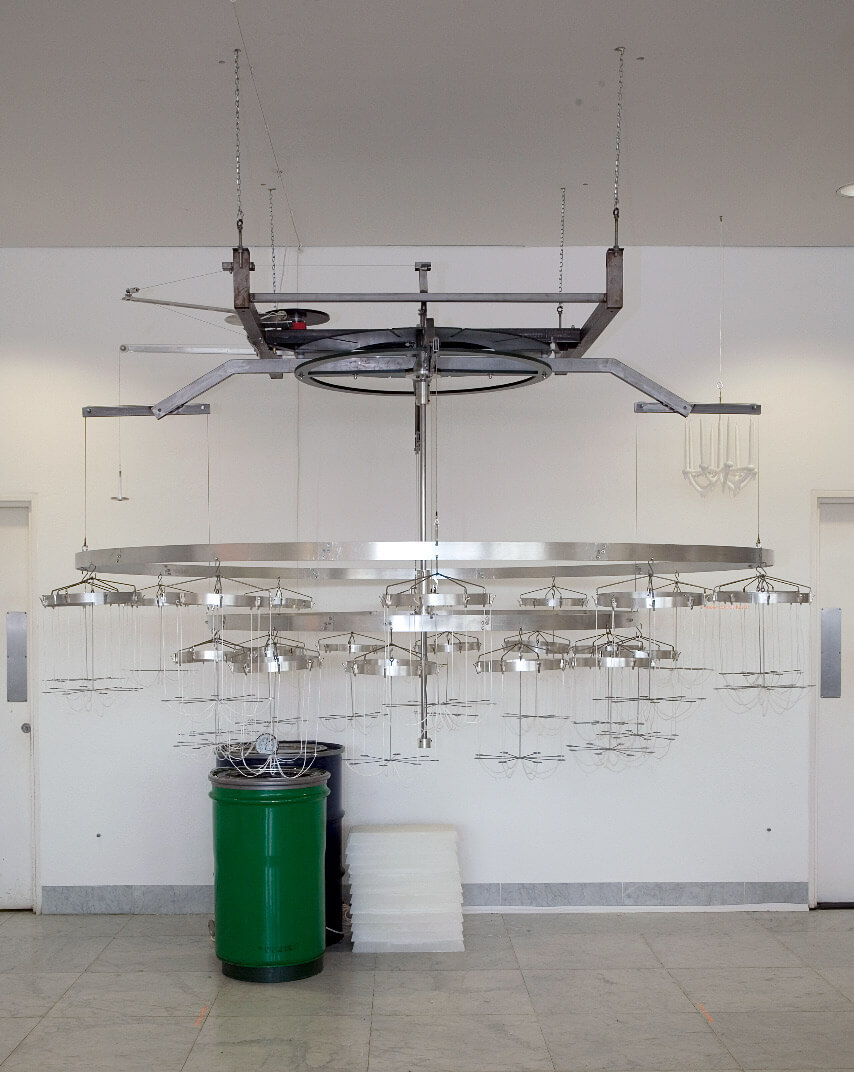 Glithero (Sarah): We had a lot of conversations about processes and never got bored of thinking about the ways things are made. We both felt that the way to communicate the value in an object is to show the making of it. (Tim:) We then produced a series of essays about factory processes that could create objects in fantastical ways, Miracle Machines and Lost Industries, and the final essay was a manifesto – and that became the basis of our working together. Glithero is my mother’s maiden name – we chose it for the way it sounded and looked. (Sarah:) And we like your mum! 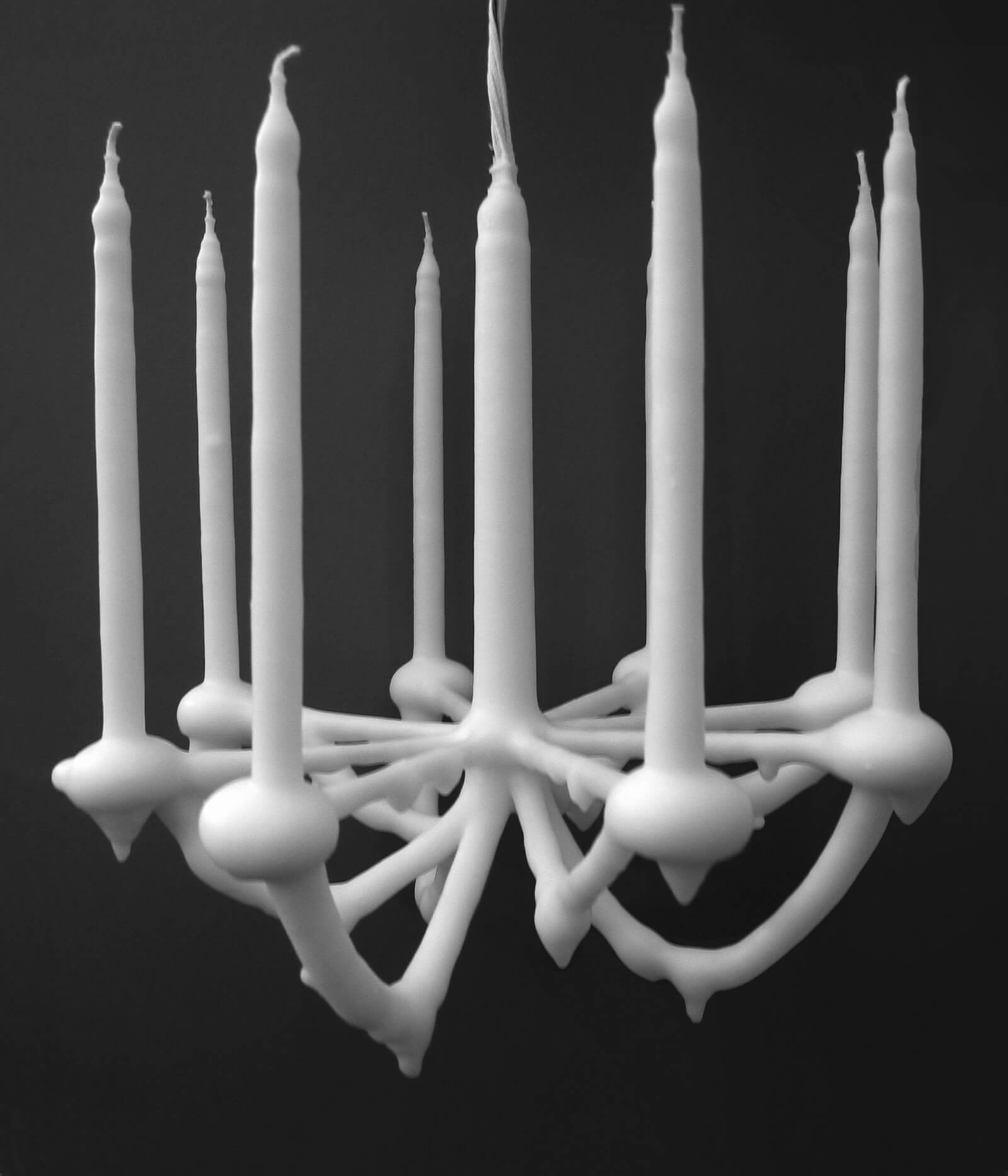 TDE: How has your combined creative output evolved?
Glithero (Tim): At that point, in 2008, we had a choice to make. We had had some attention as individuals, but we were already working in film and in installation with other collaborators and we decided that our own names were things we could do without. (Sarah:) We didn’t feel we had huge egos, because we had already trialled working in the shadows of each other. 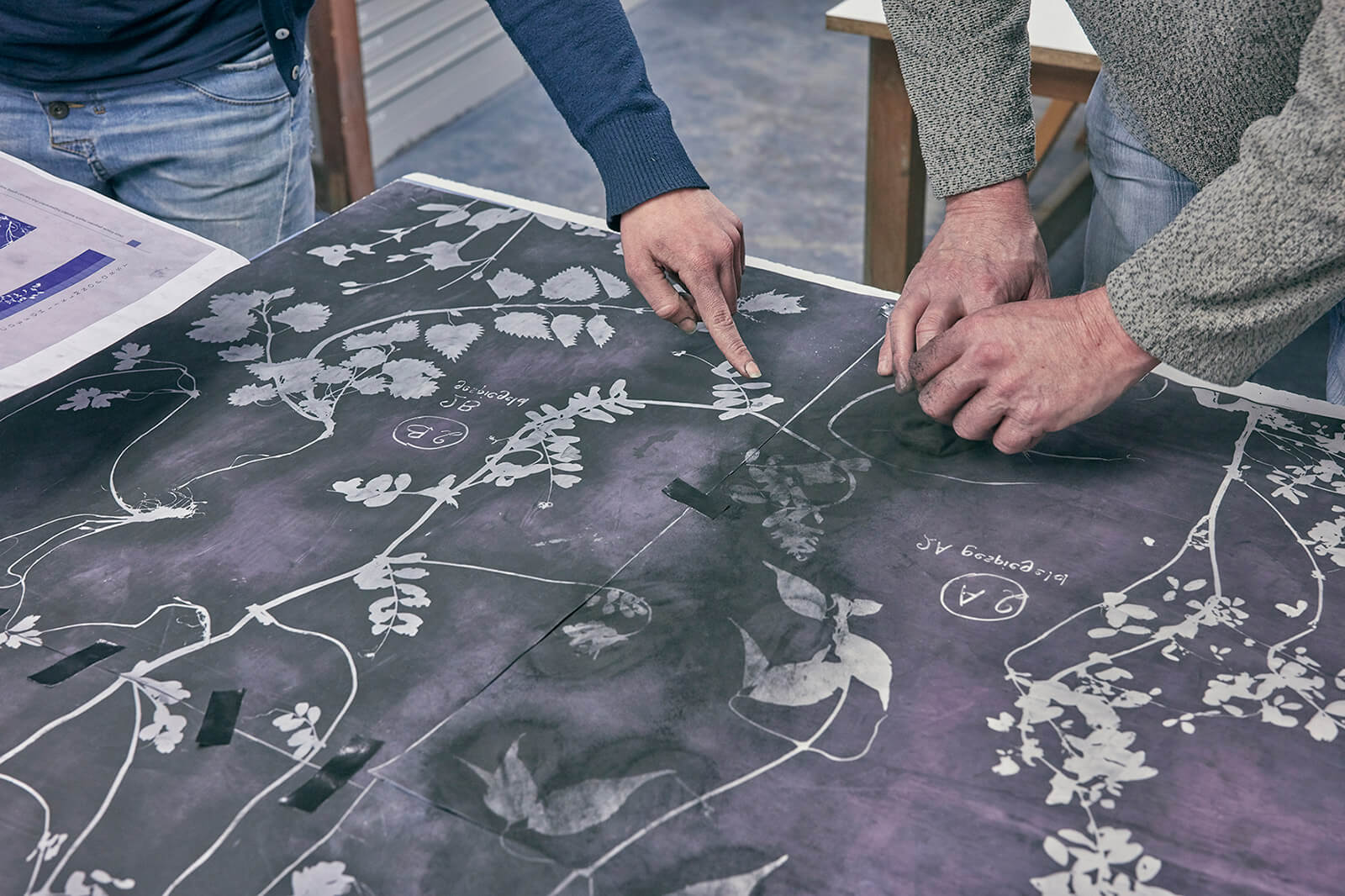 Glithero (Tim): ‘Blueware’ was our first real show together, in 2009, around the same time that the first ‘Les French’ pieces were exhibited at FUMI. Both were very process-based and took a long time.  (Sarah:) Then in 2010 we did ‘Running Mould’. This was inspired by the artisanal technique of making plaster cornices found in classical architecture, by running a zinc profile through wet plaster. The resulting “running” or “bench” mould is left on the craftsman’s bench for him to make cast copies from. We had come into contact with some bench moulders making ceiling roses and we saw the potential for transferring the technique to a more fantastical sphere. In a public gallery space, Z33 House for Contemporary Art in Hasselt, Belgium, we did a site-specific installation creating an actual, circular bench using a pivot point and a big zinc mould, and tons of plaster. It was showing people who were sitting on the bench, how it had been made. It reminds people of the real value of the object – relating the conception of the piece, and the making, with the final product. (Tim:) That’s the story of what has continued to be our way of working. 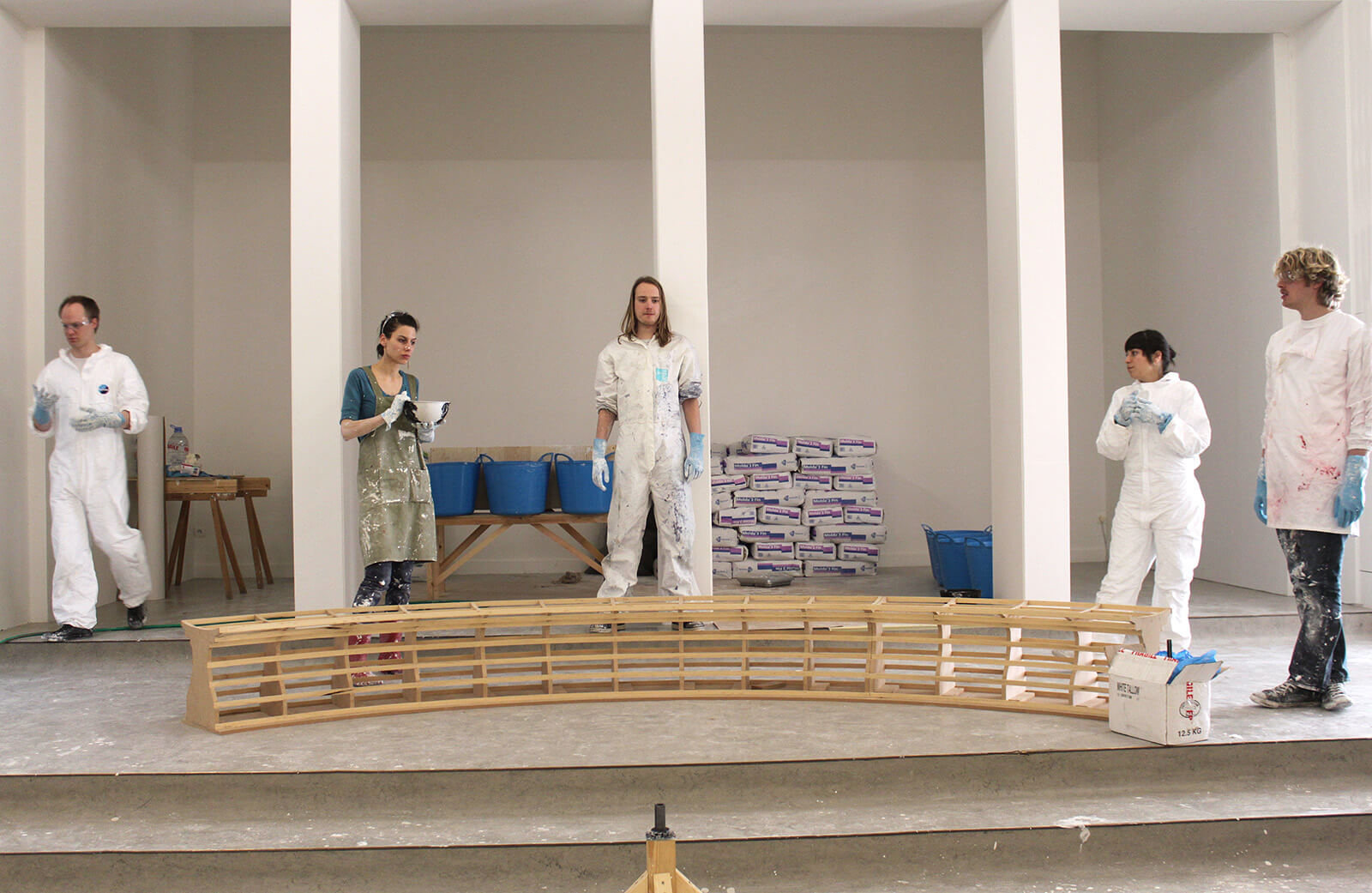 TDE: How do you work creatively? Are you at other ends of the spectrum? Do you split the work, or do your skills overlap and complement?
Glithero (Sarah & Tim): It’s the hardest thing to explain to people. Both of us are reasonably good at a broad spectrum of things, rather than very good at one particular thing – and our skills overlap. When it comes to ideas or being sculptural, sometimes one takes the lead, sometimes the other. (Sarah:) Tim’s very good at colour:  I would always defer to him. But we enjoy being chameleonic. We need each other for the creative process, we need the ping pong process, like an exquisite corpse. (Tim:) Yes, and then we rely on the skills of others – and are inspired by their processes. (Sarah:) We are good at really stepping into the shoes of craftspeople. The nicest part of our work is working with other people, it is very sociable and there are always happy accidents – that is how the work progresses. 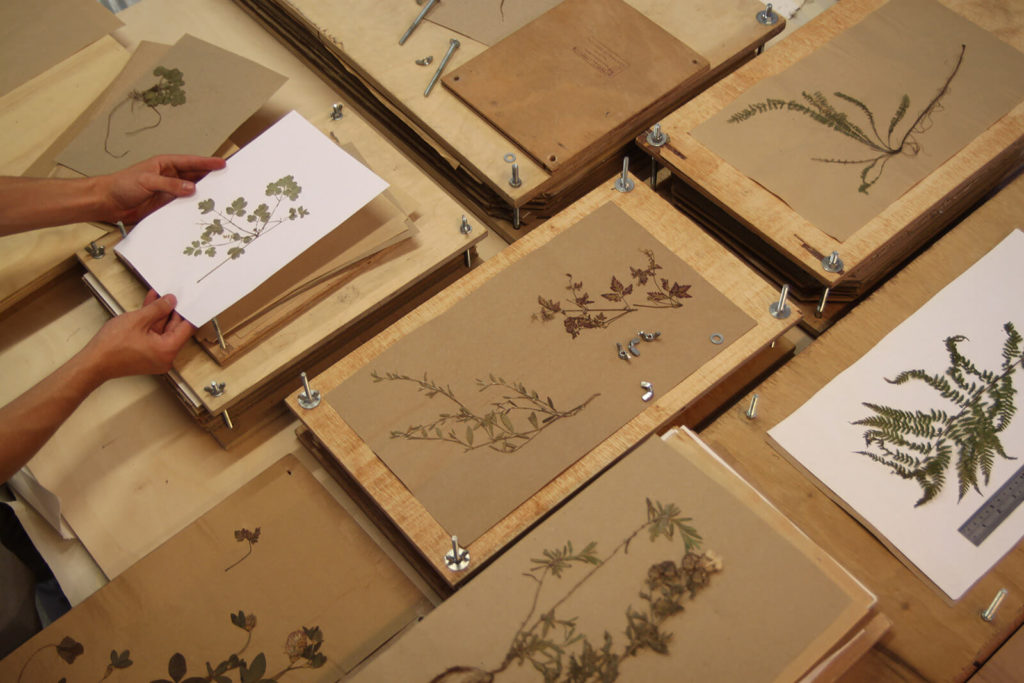 TDE: How do you deal with tension and friction, pulls in different directions?
Glithero (Sarah): Badly! Tim is going to answer this question. (Tim:) It is not something we have a formula for – it always goes wrong and each time there is a different solution. It is important to give the other person the space to go through the process of it being really crap before it comes good. (Sarah:) I am such an immature and messy creative. I tend to start on the wrong foot. And it is hard to ring fence and protect that process, because it is where the gems are hidden. We took a long time to realise that. 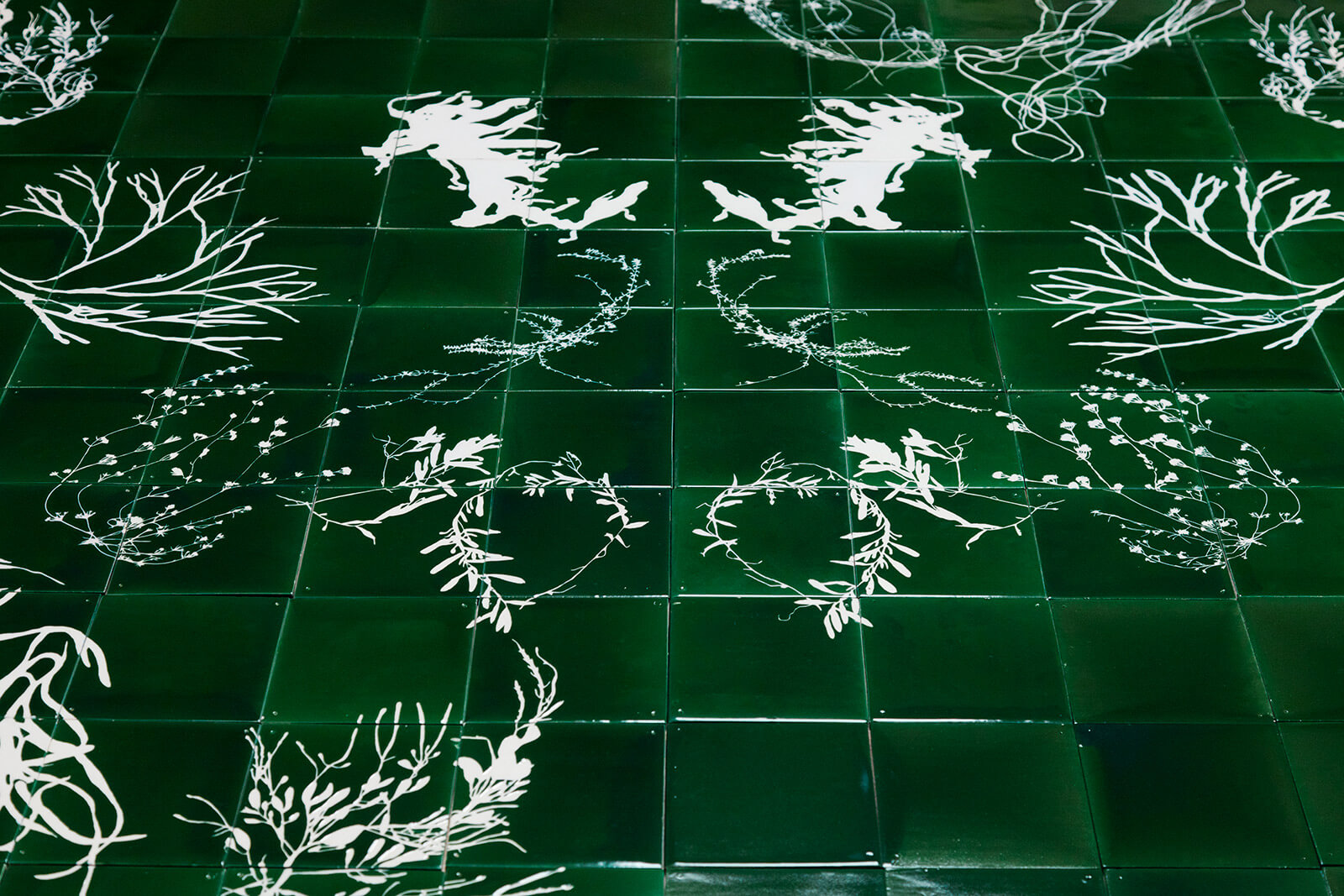 TDE: Are two people better than one?
Glithero (Sarah): The ideal is to have the liberty to experiment separately, and then get to the editing stage, where the other person comments. (Tim:) Sometimes you hit a brick wall, where you keep hold of elements you love but the work can’t progress. (Sarah:) Tough decisions are easier for the other person. 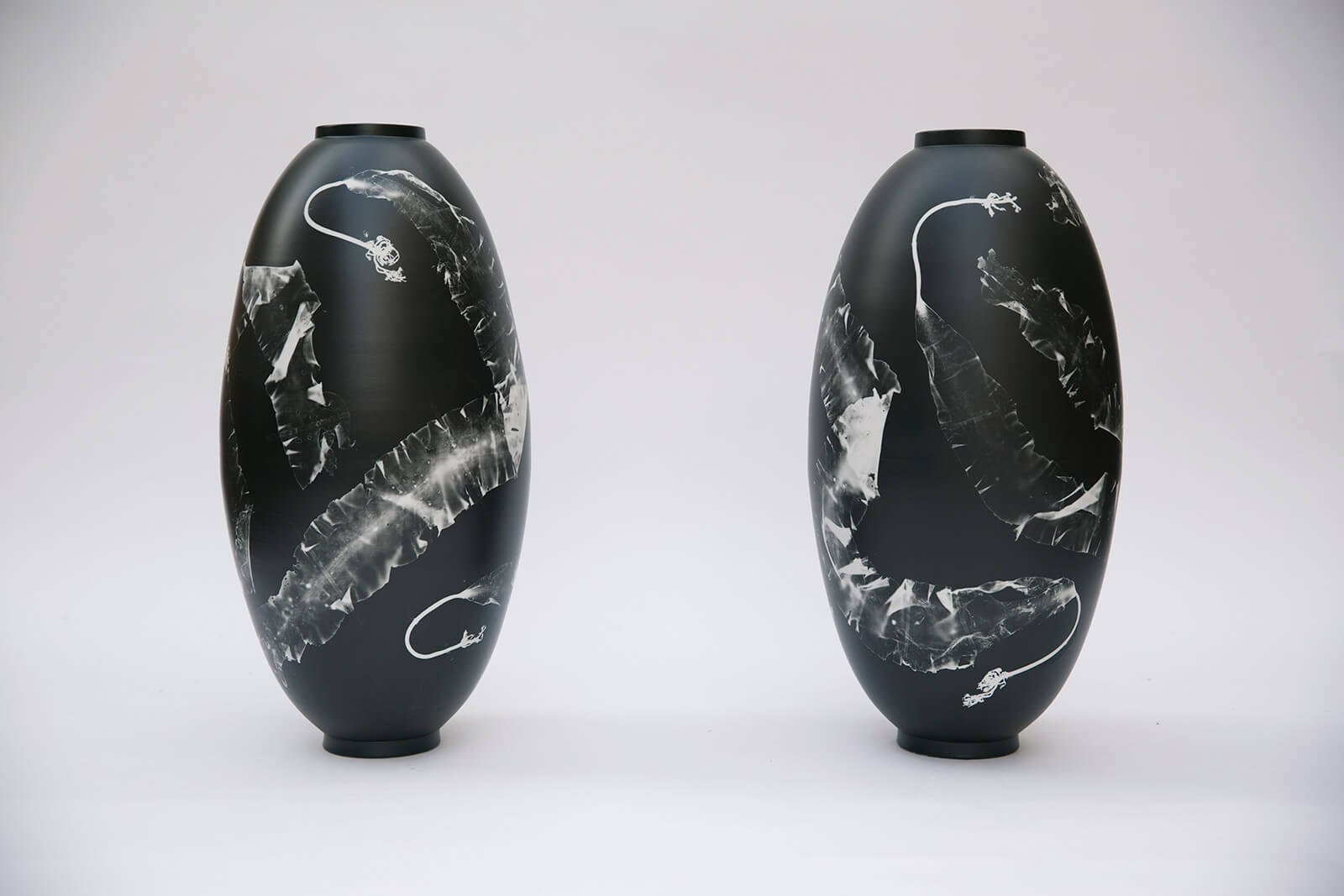 TDE: What are you working on at the moment?
Glithero (Sarah): We like slow work so the slowdown has not hit us too hard. We are working on our ongoing collections – the Dutch ceramicists we work with are luckily able to carry on safely, and we have a site-specific commission outside London we are working on. Also, we’ve created a web shop so we can have a more direct connection with people. Meanwhile, we are very excited because Sarah’s ‘Big Dipper’ has just been bought by CNAP, the publicly funded French Centre for Plastic Arts: it was very brave of them to buy a machine!