Enjoying the open doors that fame and influence have brought him, Arsham collaborates with a diverse range of clients – from Porsche and Selfridges, to Jay-Z and the French Ministry of Culture. He brings a brand new furniture collection to Design Miami/. 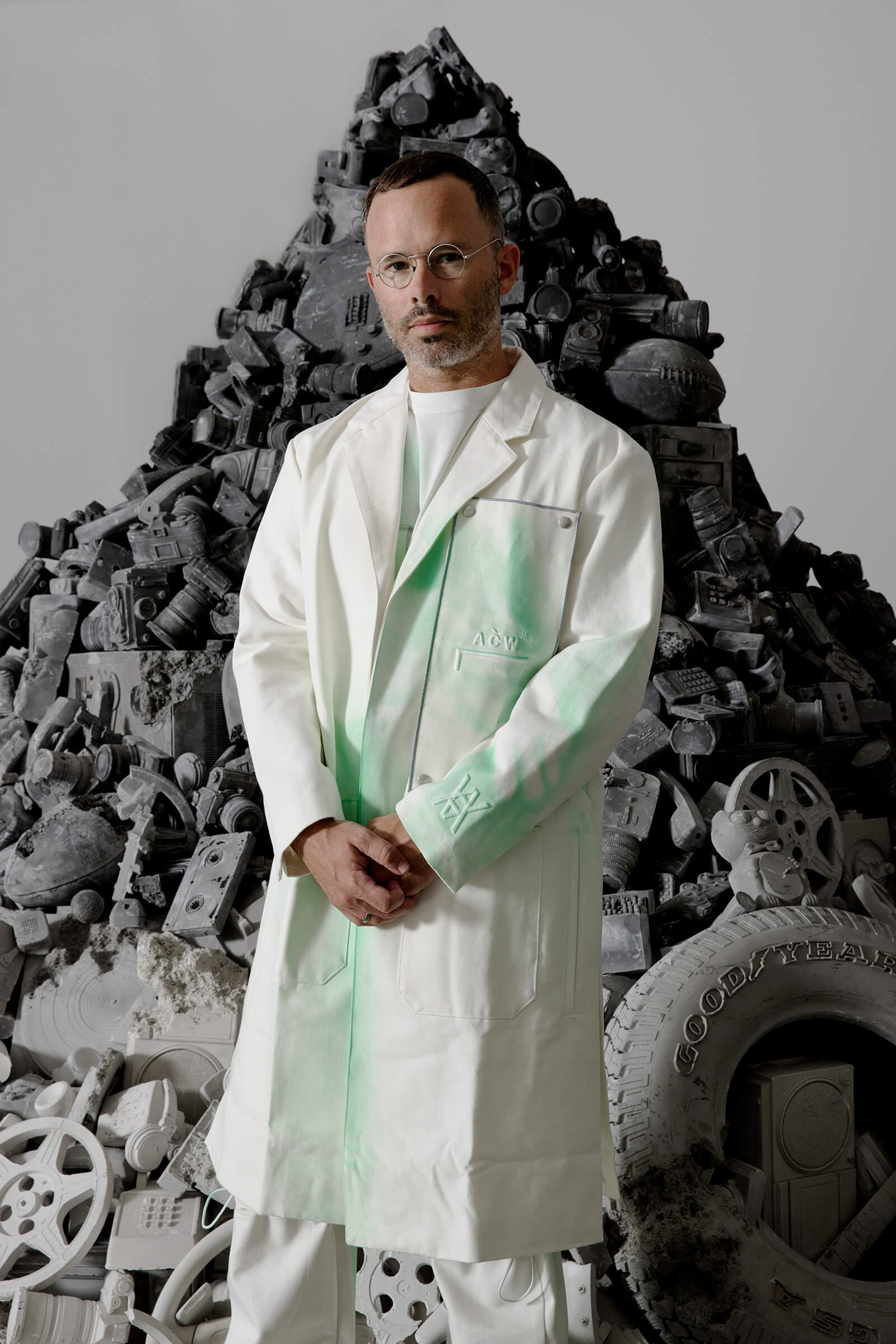 IN 1992, WHEN Daniel Arsham was twelve, an event occurred that was to change his life. Hurricane Andrew struck the Bahamas, Louisiana and Arsham’s native Florida, becoming the most destructive hurricane to ever hit South Florida in terms of structures damaged and destroyed. It stripped thousands of homes of all but their concrete foundations, including the Arsham family home, “My parents were distraught. They lost all of their possessions as well as the house. We lived in a trailer in our back yard for months while it was rebuilt, but for us children it was a Wonderland of no electricity, no cars, no school and cooking on an open fire.”

For Arsham, witnessing his home be annihilated by Hurricane Andrew and then being rebuilt in replica over the months to come was a seminal influence. His fascination with deconstruction and reconstruction was seeded in that episode. He thought of studying architecture on leaving school, but opted instead to study art at the Cooper Union (CU) in New York City. This college was founded by the inventor, industrialist and philanthropist, Peter Cooper, in 1859 and was remarkable for Cooper’s insistence on making the school free for the working classes, for operating a no colour bar and for being open to women. 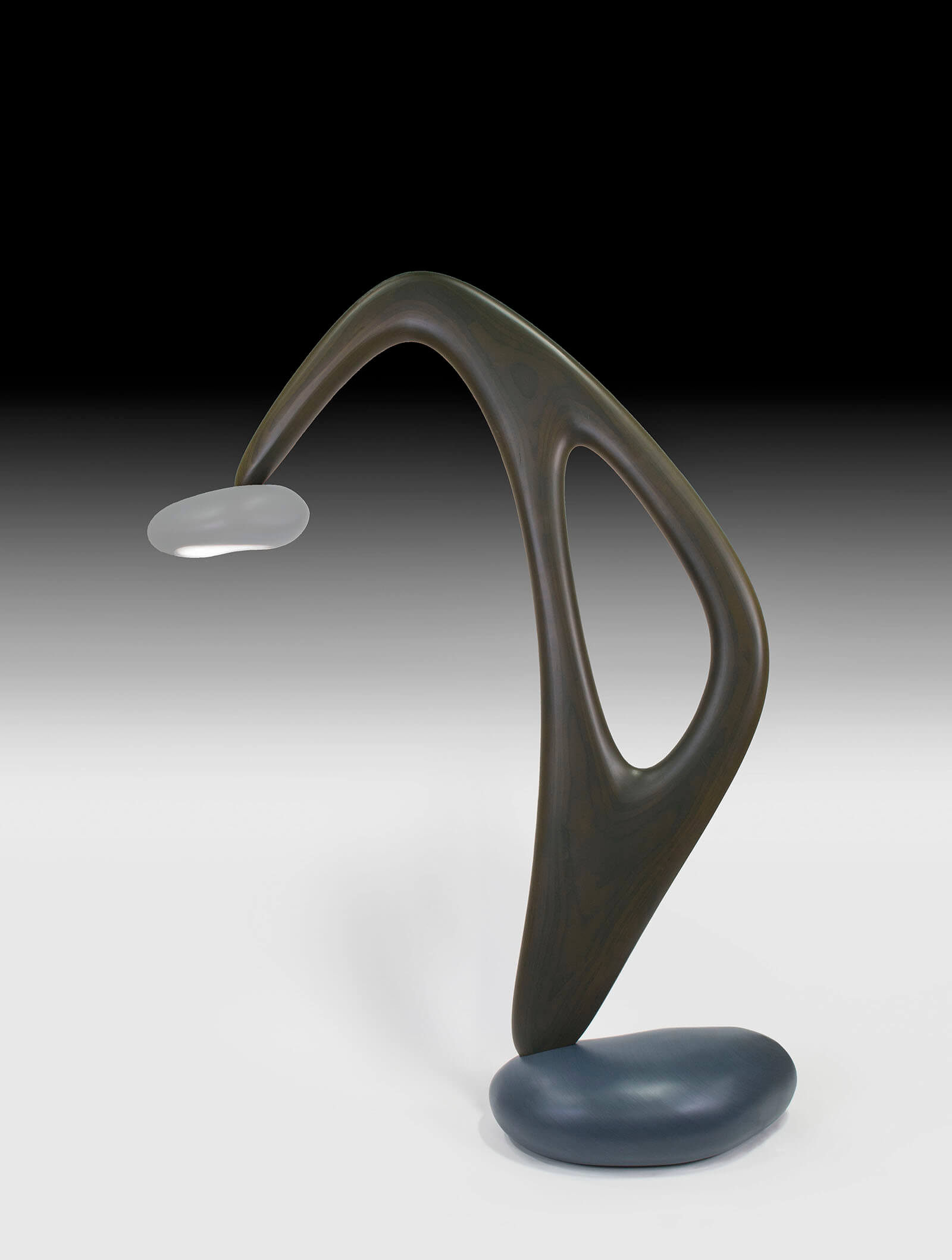 For Arsham, the CU opened up the chance to study in New York, because all students were at that time given free, full tuition scholarships. It was there, he met his Snarkitecture partner, Alex Mustonen. “It was a broad education, which didn’t focus on only one discipline,” he recalls. “It encompassed sculpture, film, photography and painting. I get bored quickly, so it suited me to have so many different forms of expression with which to play.” He recently announced plans to set up a foundation to fund two students through their studies there, “In recent years, the Cooper Union hasn’t had the means to offer the same free education that I benefitted from. I want to pay them back for the opportunity they gave me and this seems the best way to do so.”

On graduating in 2003, he moved back to Miami, surprised to find such an international focus on the city, thanks to the partnership with Art Basel and later Design Miami/. He and a group of friends created their own gallery space called The House, which attracted the attention of Galerie Emmanuel Perrotin in Paris. Through this, he was invited to participate in the Miami Nice group show of 2004, which was followed by an offer of formal representation by the gallery. 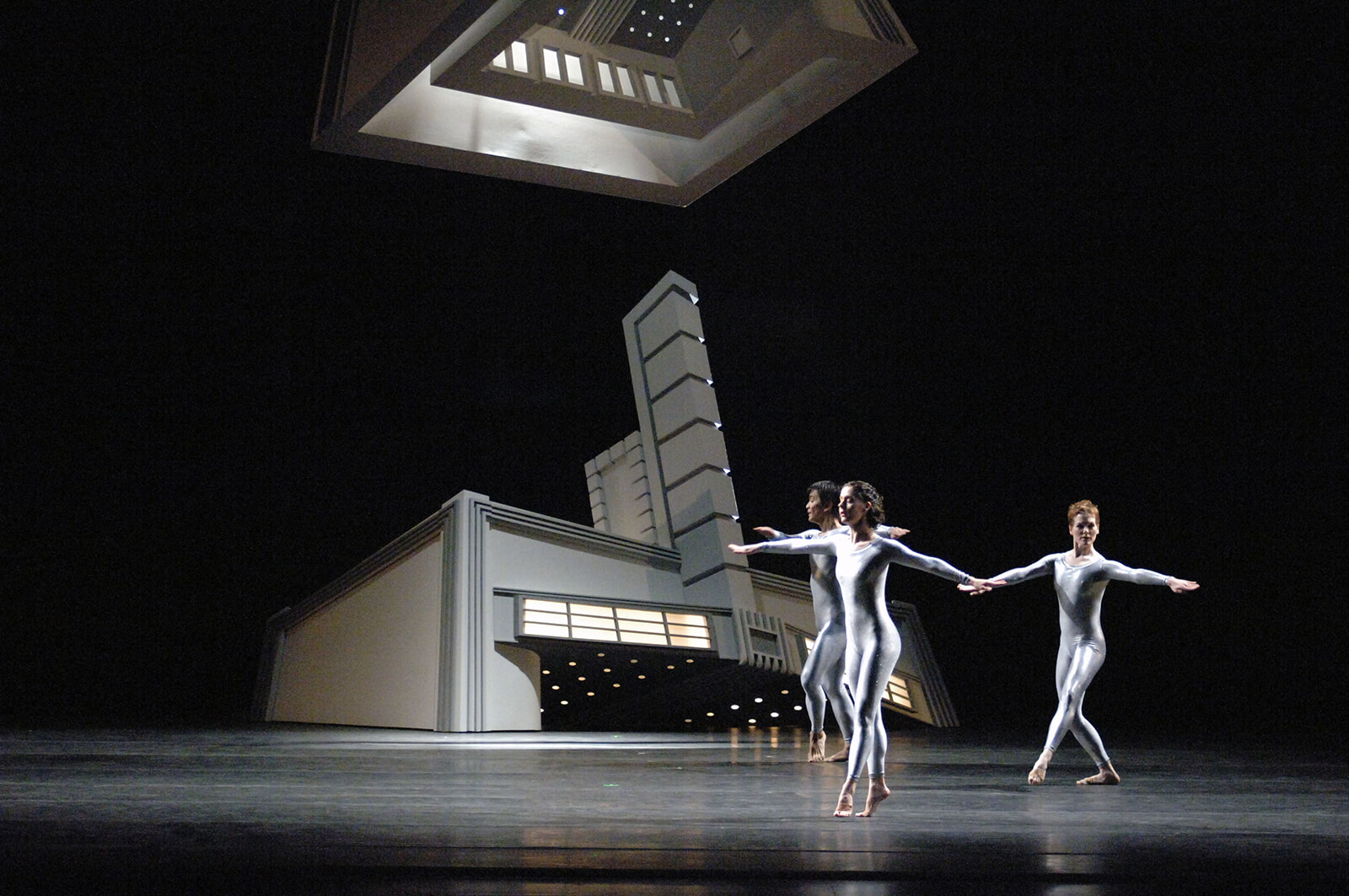 Around the same time, he also attracted the attention of legendary choreographer, Merce Cunningham (1919 – 2009), sixty years his senior, who was notable for his many collaborations with artists of other disciplines, including Robert Rauschenberg, Andy Warhol, Roy Lichtenstein, Jasper Johns, Frank Stella and John Cage. He invited Arsham to work on the stage design for ‘eyeSpace’ in 2006. Arsham rose to the challenge, creating a façade that appeared to be sinking into the floor before re-emerging from the ceiling (this stage design was later acquired by The Walker Museum). He was to go on to create three more sets for Cunningham, but what he took away from the experience was that it was possible to move seamlessly between many disciplines, including fashion, music and performance. When Dior commissioned him to create a site-specific installation in its flagship store in LA in 2006, he approached Alex Mustonen to help him. Out of that collaboration, Snarkitecture was founded in 2007, blurring the boundaries between architecture, art and design. 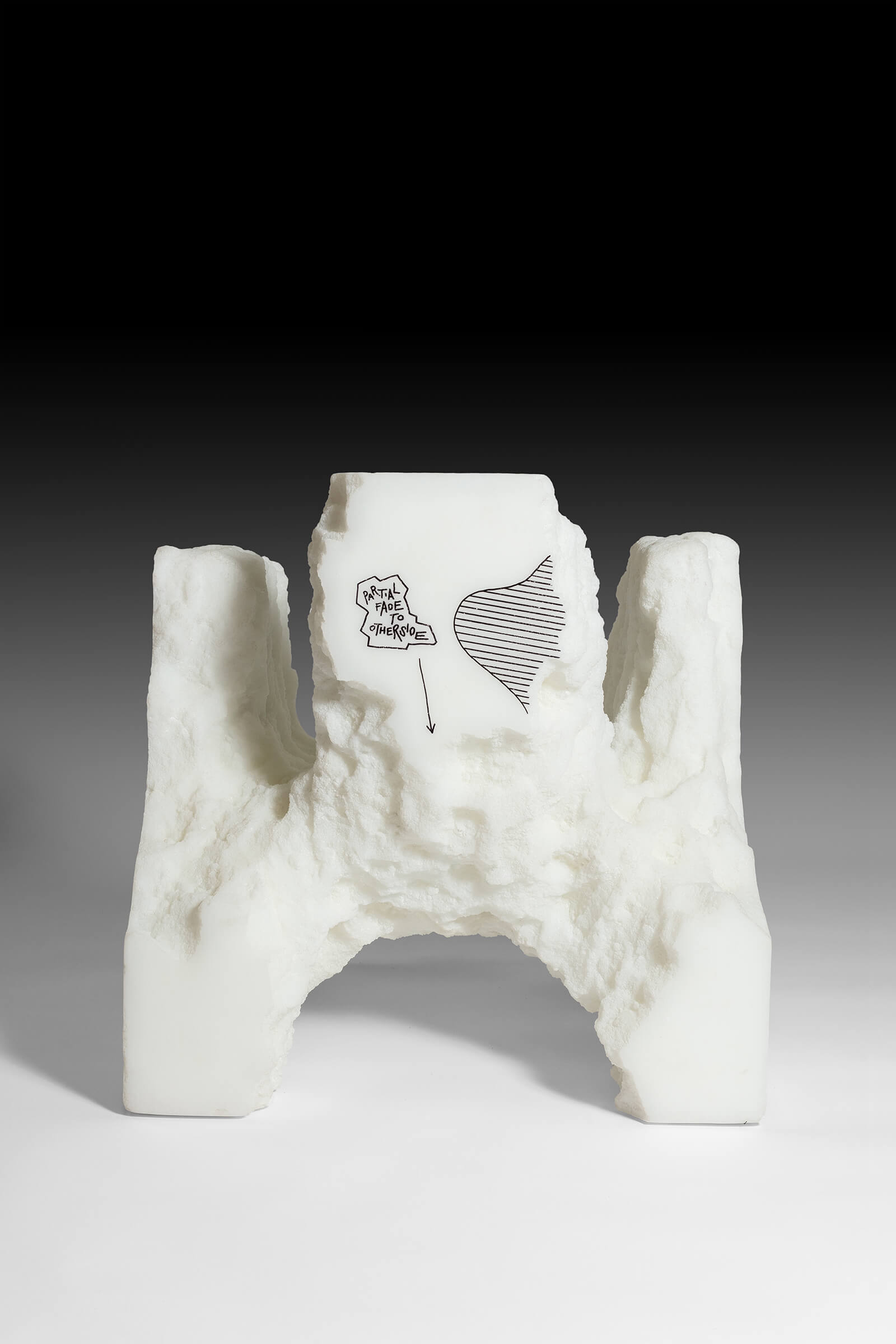 Arsham’s projects are staggeringly diverse but there is a clear DNA linking them. Materiality is one theme, “I like to take everyday objects, such as a basketball, and re-imagine them with different materials – in this case, bronze.” Indeed ‘Bronze Eroded Basketball’ also plays with another Arsham theme: time. “I call it Fictional Archaeology”, he says, “Being in the present, but looking at something you might find in an archaeological site many years in the future.” 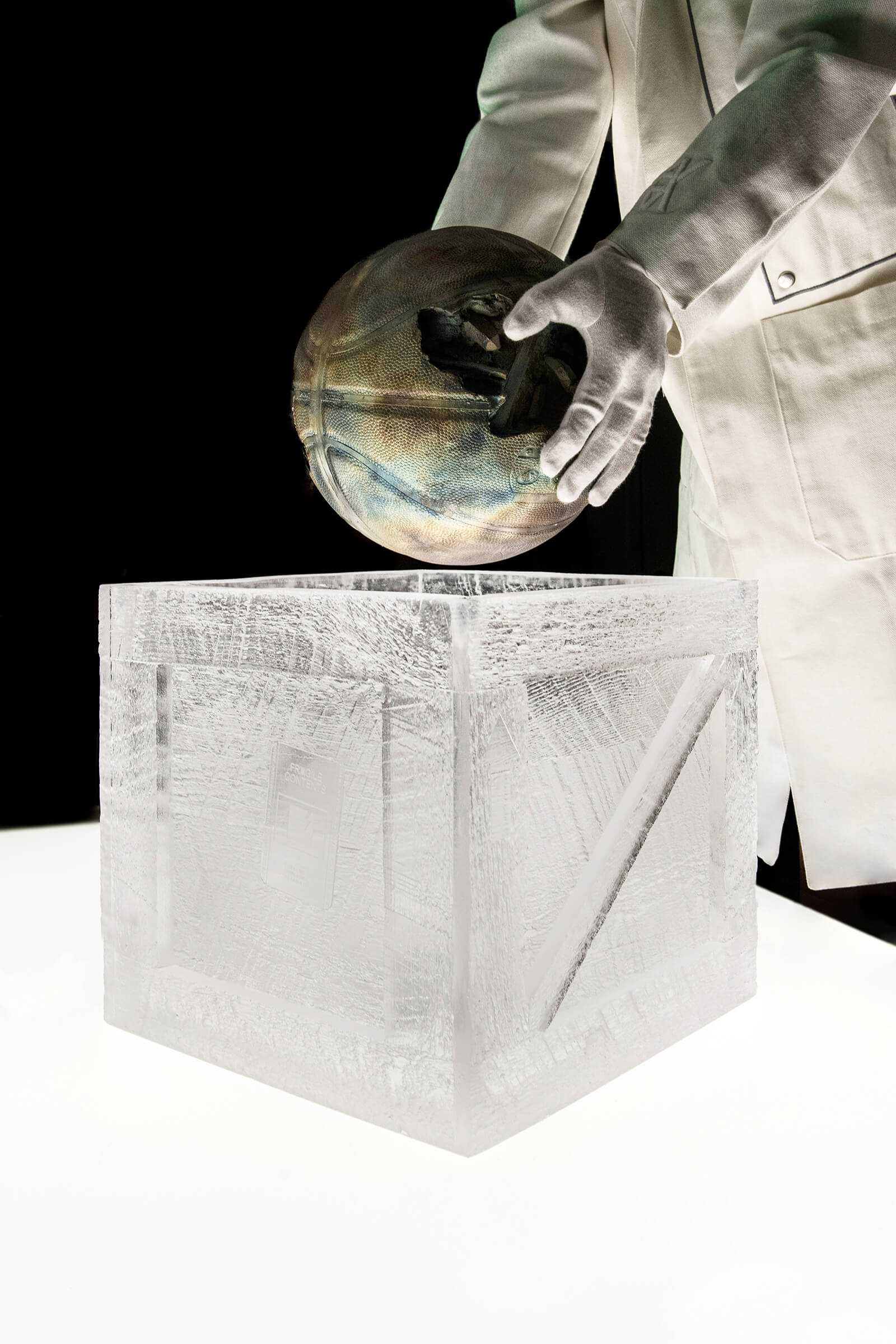 Inspired by Pompeii, Arsham re-contextualised objects such as cameras, cars and sneakers as though they were remnants of an obsolete civilisation. No wonder then he was approached by London’s Selfridges store to spear-head its Future Fantasy Christmas campaign this year, re-imagining the typical family home in the distant future of 3019. Objects such as a tin of Heinz Cream of Tomato soup, a copy of Vogue or an Apple computer are paradoxically both recognisable and unfamiliar, “I like the sense of things floating in time. I like to play – what I do is not very serious.” That too is a paradox given the very serious sums of money brands such as Porsche, Dior, and Adidas are prepared to pay to get a touch of the Arsham magic dust. 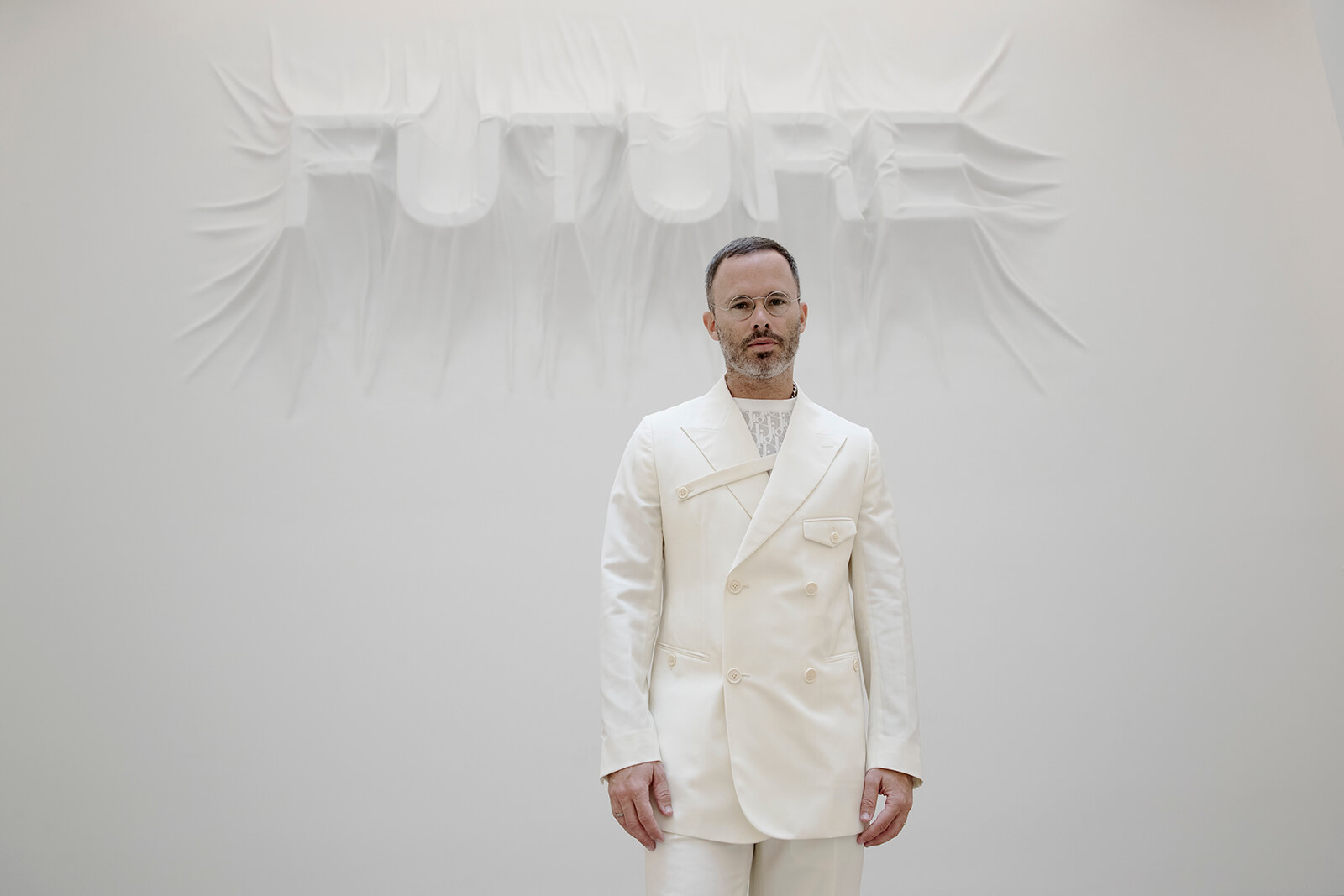 With more than 500,000 followers on Instagram, Arsham Studio 3019 continues to show it has its fingers firmly on the pulse of contemporary culture. A recent collaboration with Pharrell Williams involved Arsham recreating his first keyboard in volcanic ash; other admirers within the music world include Jay-Z and Usher. Museums also take him seriously, with his work in the permanent collections of the Pérez Art Museum in Miami and the Centre Pompidou in Paris.

Fame has also brought influence. Next January, he has a show with Galerie Emmanuel Perrotin in Paris presenting work directly cast from the original moulds of famous, historic statuary found in in the Louvre, Versailles and other such institutions. This meant liaising extensively with the Ministère de la Culture, which is charged with preserving France’s artistic heritage. “It took me a few years to persuade them to give me access, but now we are creating an exhibition showing these rare, historical moulds cast in my own choice of materials such as rose quartz crystal, pyrite, calcite and volcanic ash.”

This month, Arsham is going full circle back to Miami with an immersive installation at Friedman Benda at this year’s Design Miami/. Eighteen months ago, he bought a house on Long Island built by the eminent Modernist architect, Norman Jaffe, and set about renovating it in collaboration with Snarkitecture. He also designed the furniture, inviting Marc Benda to see the results, “Daniel started this project from a completely different point of view than a designer setting out to create a body of work for an exhibition,” says Marc. “Rather, he was intuitively asking himself questions like ‘What would I like my chairs to look like’, or ‘What would I expect from a desk in my home?’ The outcome speaks to Daniel’s multi-disciplinary sensibility and his broad footprint that finds its place seamlessly within design culture.” 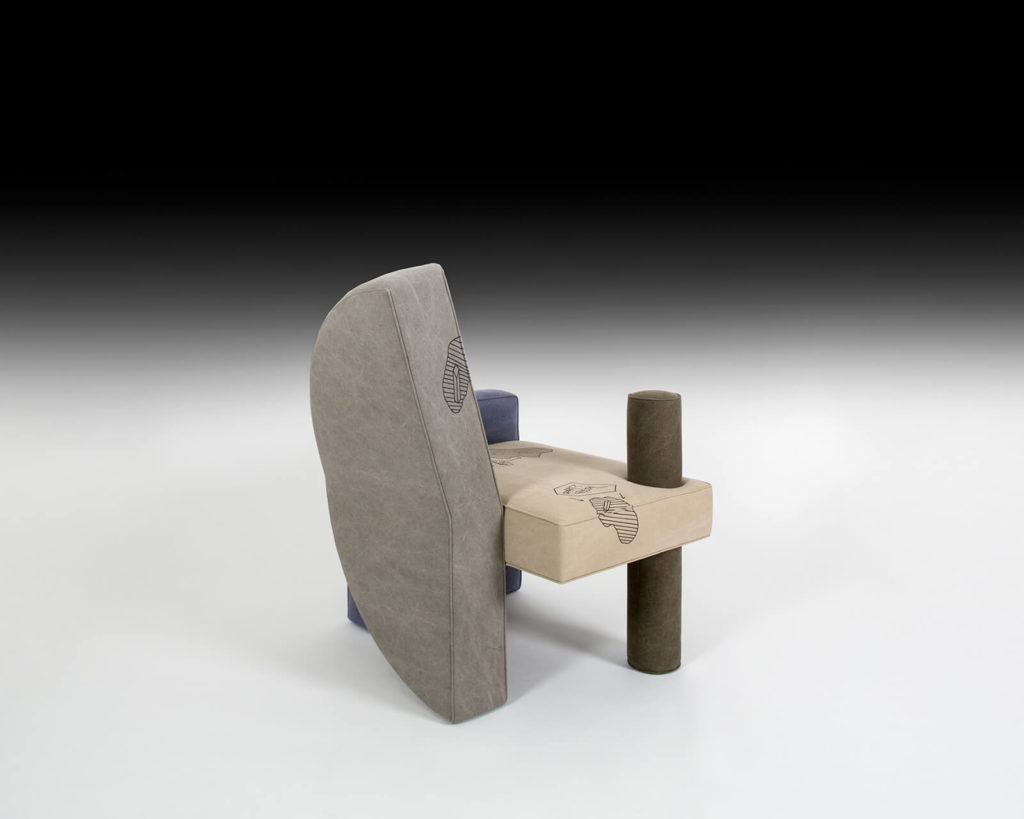 Pieces include the ‘London Floor Plan’ rug, hand-woven in silk in Nepal, which depicts the floorplan of the space with every piece of furniture placed appropriately (edition of three); the ‘Paris Chaise Lounge I’  (edition of twelve) and the ‘Shanghai’ chair in foam and resin, which Arsham carves by hand so that it cradles the body perfectly (edition of eight), “I have used the same techniques I use for sculpture, but shifted them into furniture.” 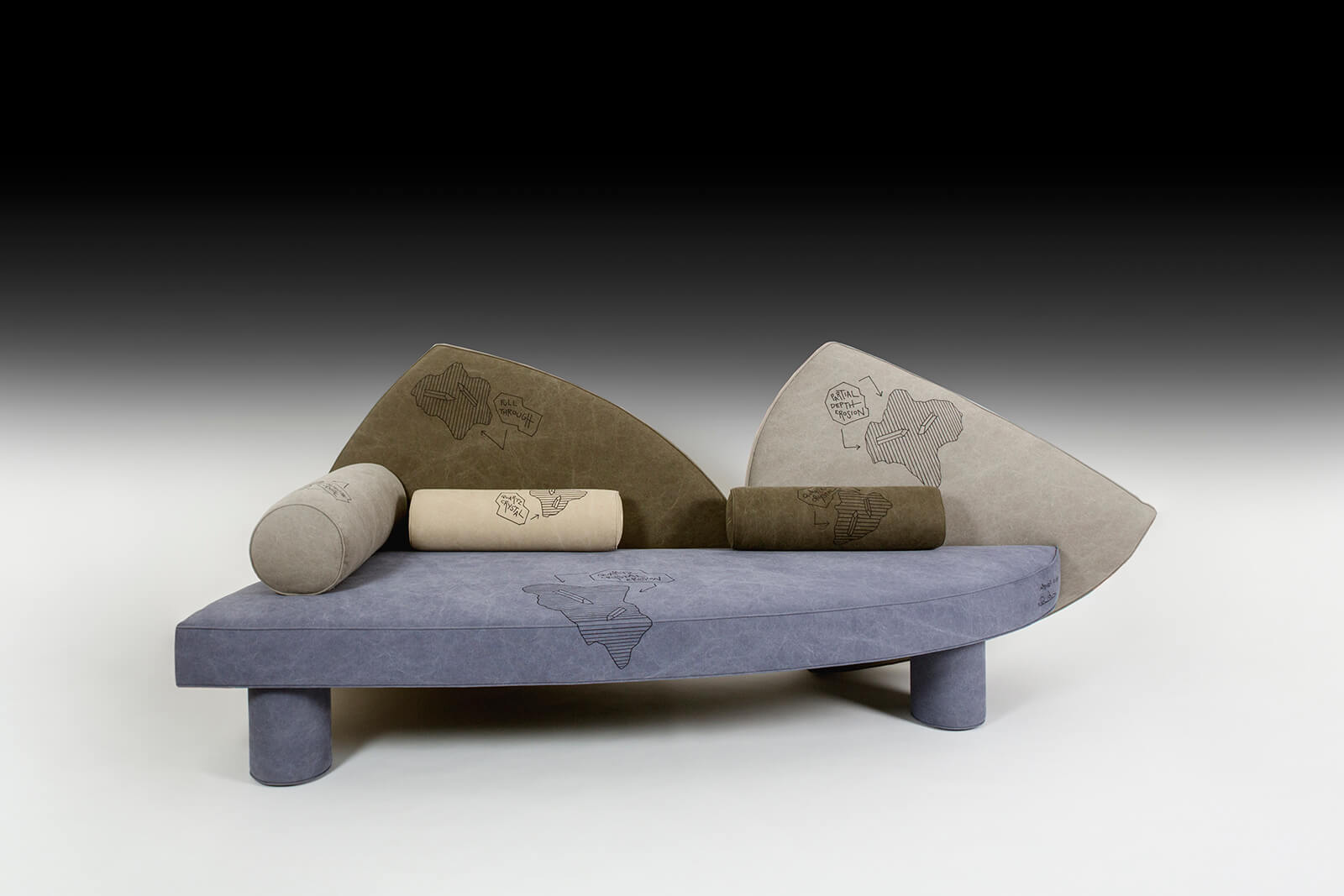 Arsham makes no secret of the fact he could not wait to leave Miami and head for the lights of New York City as a teenager. Surely now he must have changed his opinion of his home city? “Not really. People say Miami is cool, because they are only in town for the art and design fairs. Try going there next week when none of the people you know are there. It may appear very glittery, but never forget it is built on a swamp.” 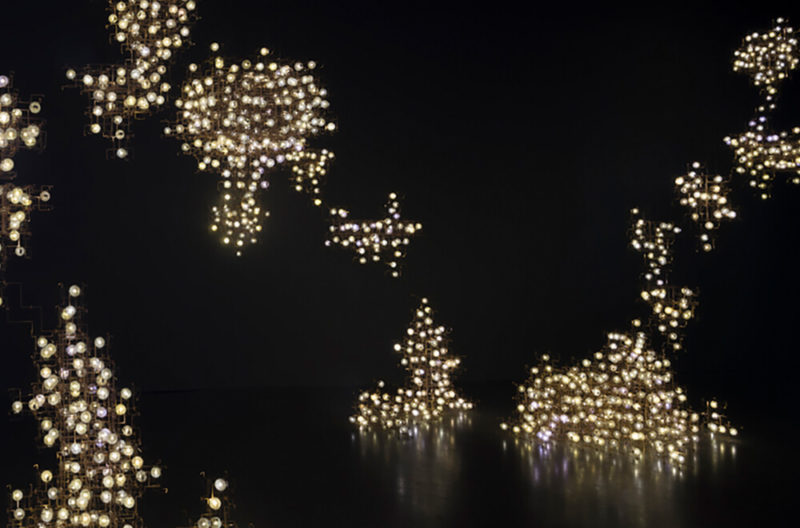 Dark Fantasy: A thought-provoking collection of contemporary collectible design comes to Los Angeles, inspired by the concept of Archeofuturism. 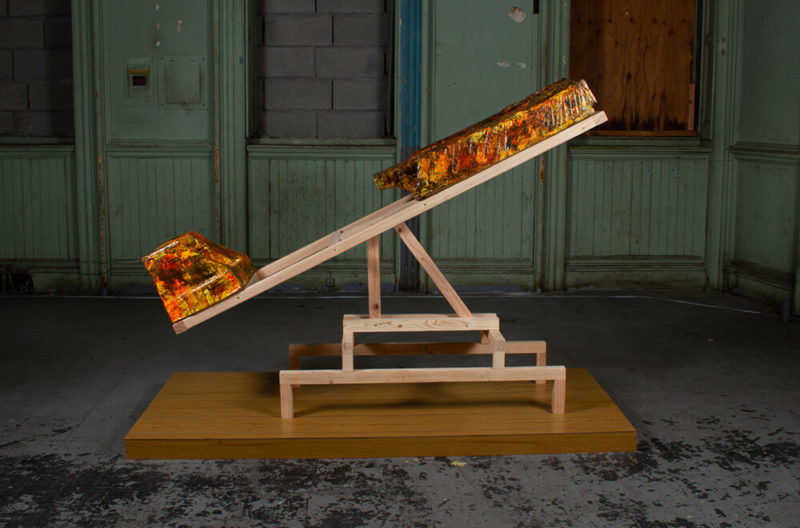 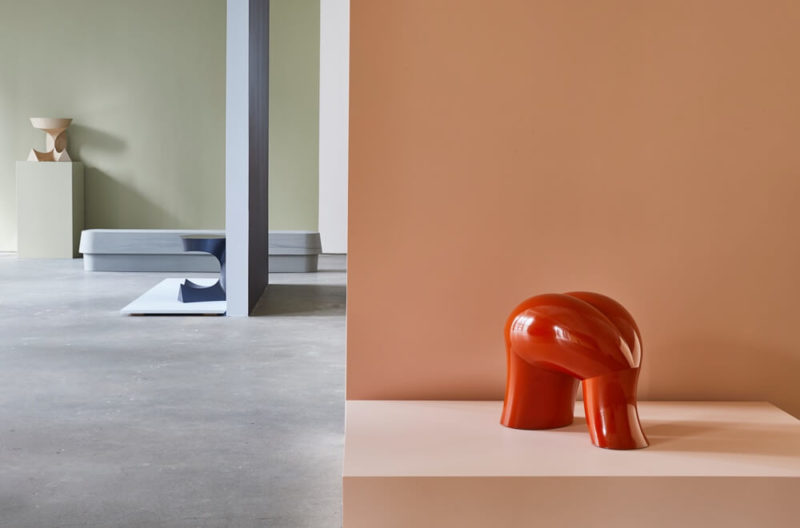