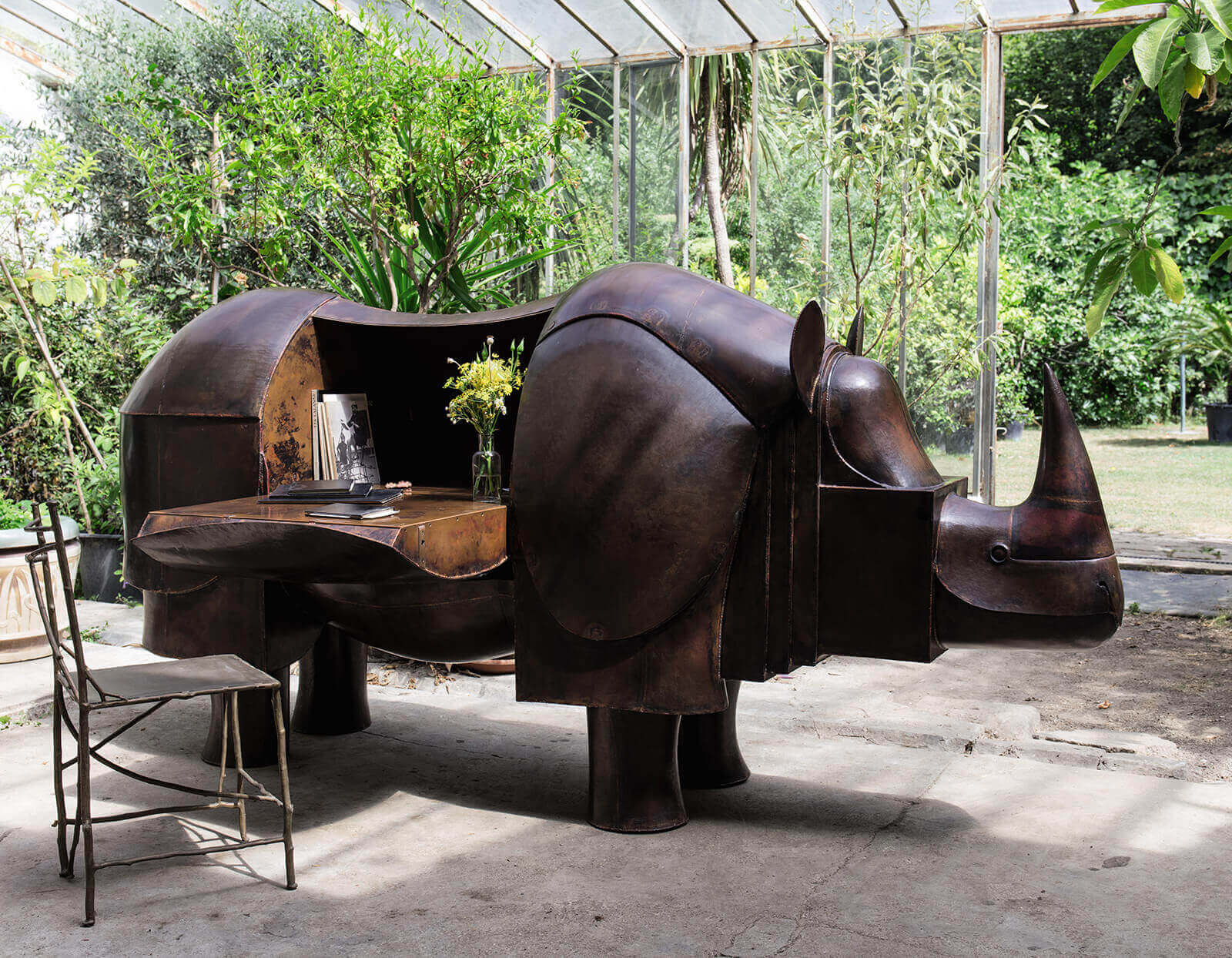 CLAUDE AND FRANÇOIS-XAVIER Lalanne, whose work has been setting auction records for the past decade, will headline one of the season’s most anticipated sales, on 23rd and 24th October, at Sotheby’s Paris. ‘L’Univers Lalanne’ features the celebrated designer couple’s personal collections, consigned directly from their home and studio just outside Fontainebleau, where they lived and worked from their marriage in 1967. According to Sotheby’s, plans for the sale were begun by Claude herself before her death last April (François-Xavier had died in 2008). The 274 lots on offer will include 236 works by the Lalannes themselves, and 38 lots of objects by artist friends like Niki de Saint Phalle, Jean Tinguely and Marcel Duchamp, as well as furniture from the Lalannes’s house. 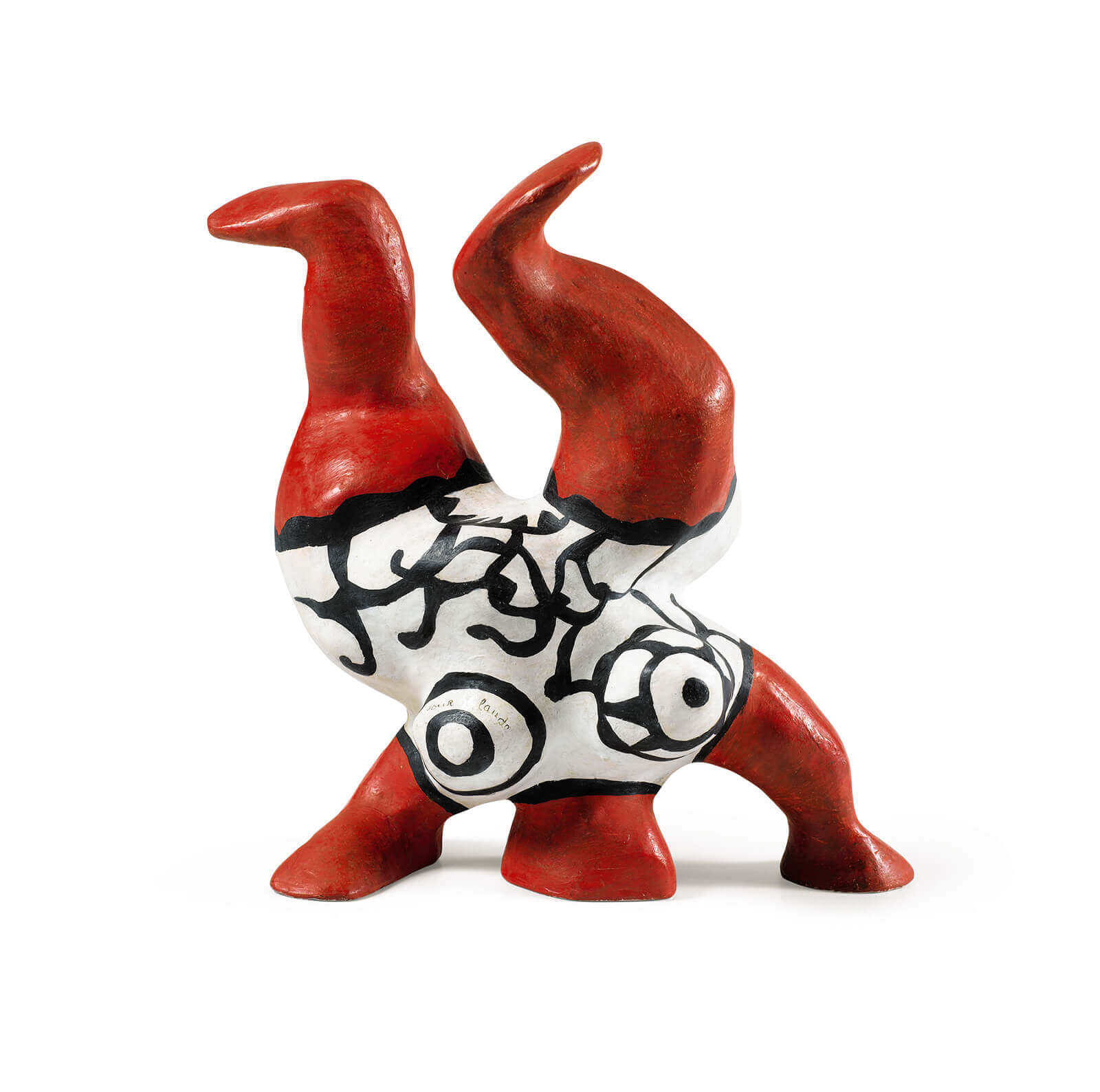 Les Lalanne, the name under which Claude and Francois-Xavier jointly marketed their work, were known for inventive, nature-inspired designs in sculpture and furniture; his replicating animal imagery, hers drawn from plants and flowers. Combining decorative and fine art, the work and its creators were embraced by Paris’s cultural elite, and their clients included some of the most celebrated names in art and fashion. 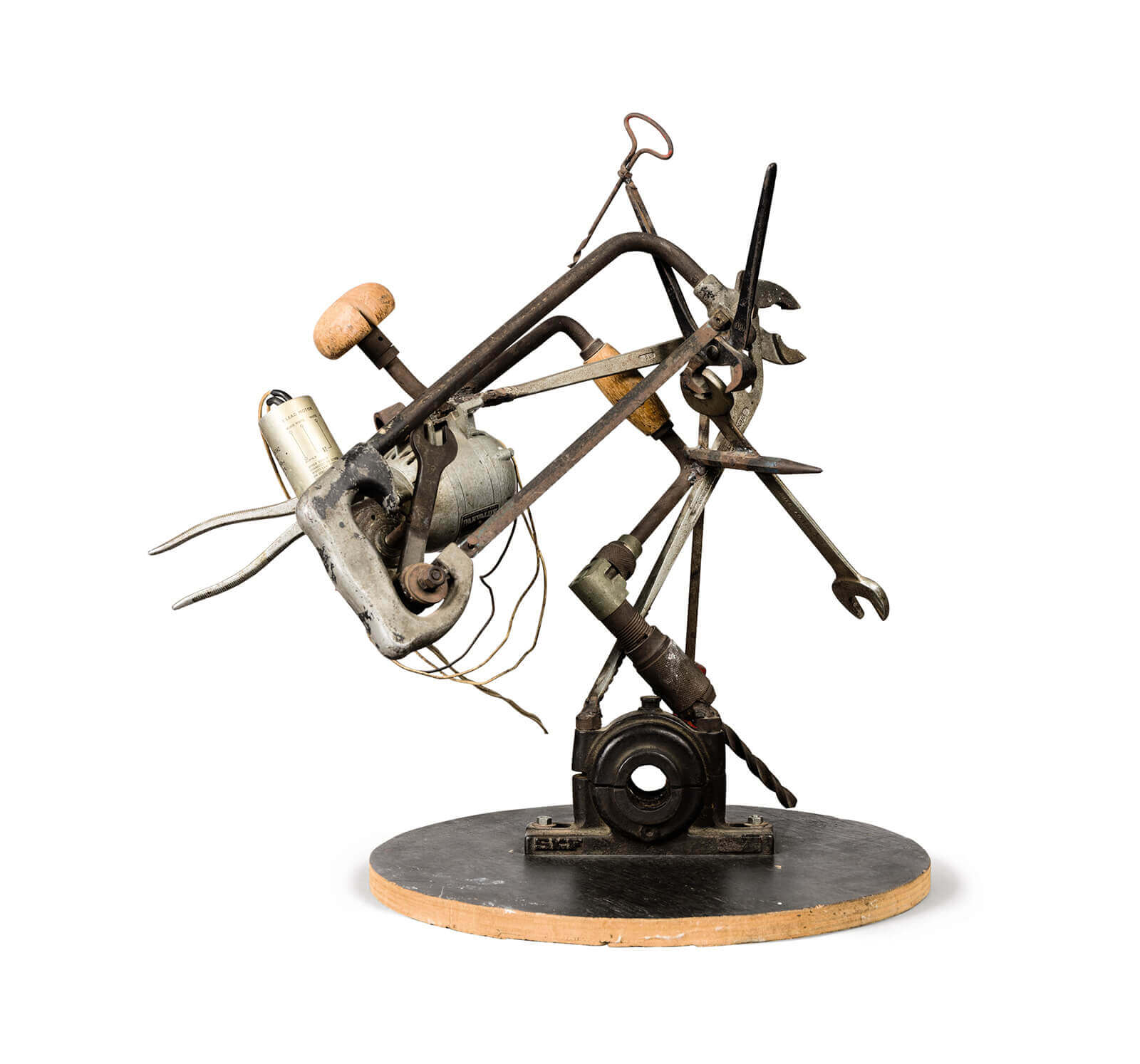 According to Florent Jeanniard, head of 20th century design for Sotheby’s Europe, the Lalanne collection provides insight into the couple’s private world, revealing their personal taste, the art they lived with and the sources of their inspiration. Among the offerings will be the bronze body casts of the model Veruschka von Lehndorff, made by Francois-Xavier for Yves St. Laurent’s 1969 haute couture fashion show, and a unique ‘Empreinte’ (1970) by Claude, a sculptured bronze model of a human torso. As expected, there will be examples of Claude’s familiar plant-and-flower-inspired designs and Francois-Xavier’s animal sculptures, but the sale will also include a number of very rare pieces that have never been seen in public. Asked for his personal preference, Jeanniard says that all the pieces are special, but admits to favouring the ‘Rhinocrétaire’, a massive bronze rhinoceros sculpture that opens into a desk, made by Francois-Xavier in 1991, describing it as: “so strong, so powerful … with an incredible delicacy.” 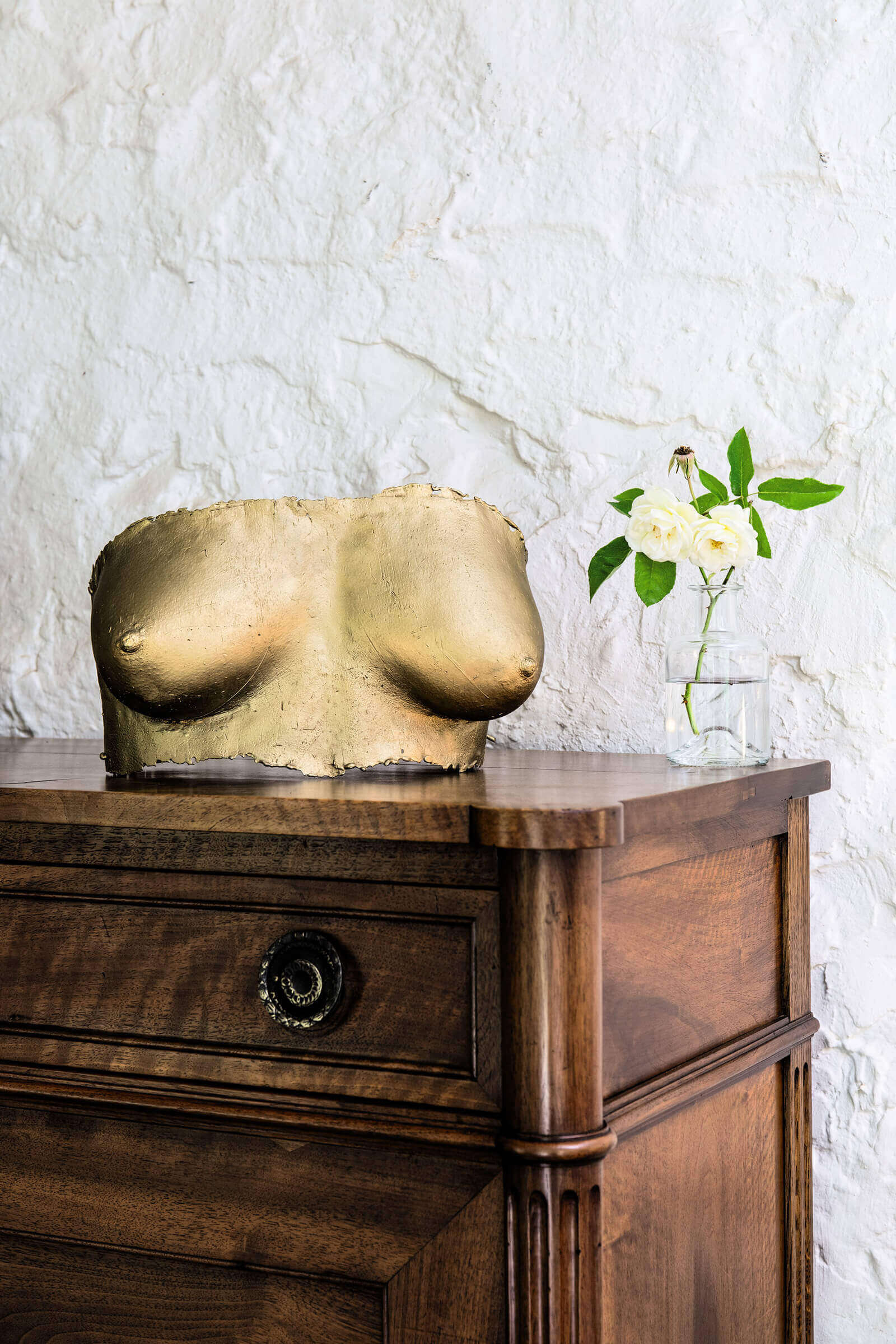 Sotheby’s is pulling out all the stops for the Lalanne event, with preview showings of selected objects in Brussels, Paris, New York, London and Hong Kong. The highest estimate is for the ‘Rhinocrétaire’, at E 700, 000 – 1,000,000 and the lowest is for a pair of chairs in Louis XV style for E 100 – 200. Estimated total for the collection is around E 16- 20 million, and if past sales are any indication, this one could set some new records. 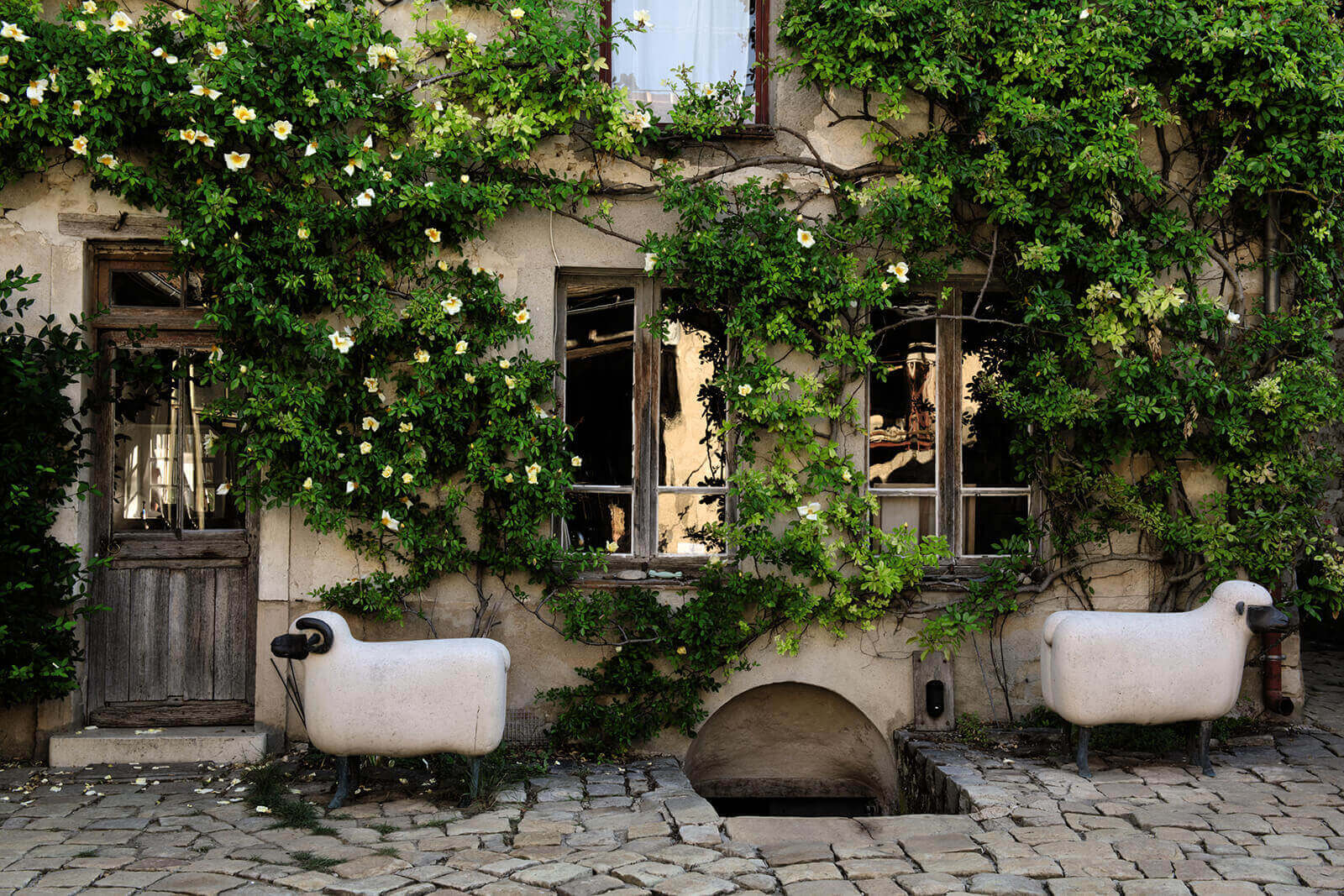 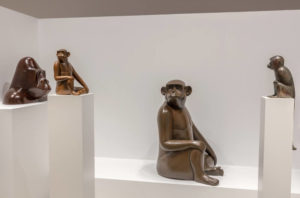 Exhibitions
Les Lalanne
A celebration of the poetic, surrealist style belonging to an extraordinary double act.
By Judith Gura
The Design Edit
For Collectors and Dreamers
Read
Connect
Legal
Join Our Bi-monthly Mailer
Follow and Share
© 2021 The Design Edit.
All Rights Reserverd