The Art of the Fire: Selections from the Dr. John P. Driscoll Collection / SALE PREVIEW

CURRENTLY ON VIEW in Phillips’s Berkeley Square London headquarters are 163 pots from the renowned ceramic collection of Dr. John Driscoll. These go up for sale on Wednesday 10th November, in a joint enterprise between Phillips and ceramic specialist auctioneers, Maak. This is the first of a series of sales that will continue at Maak through 2022, following the death of Dr. Driscoll in 2020. 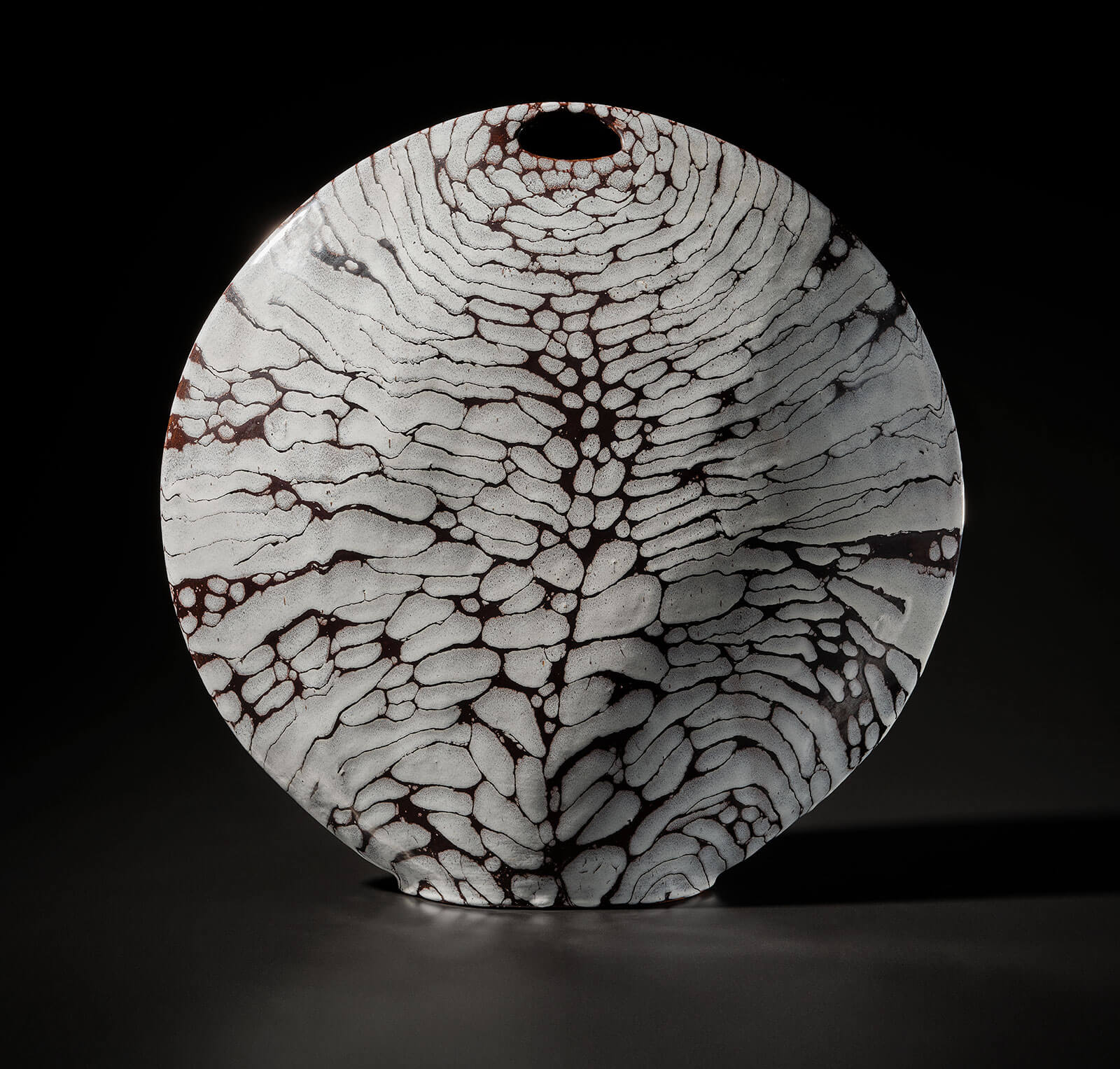 Driscoll was a young post-doctorate art history graduate assistant at the Museum of Penn State Museum of Art in 1976 when his employer, William Hull, director of the Museum, invited him to unpack crates of pots that had just arrived from England. These were for the exhibition ‘Twenty-Four British Potters’, and out of the crates came examples of work by some of Britain’s leading potters, including Hans Coper, Lucie Rie, Bernard Leach, Elizabeth Fritsch, Joanna Constantinidis and John Ward. 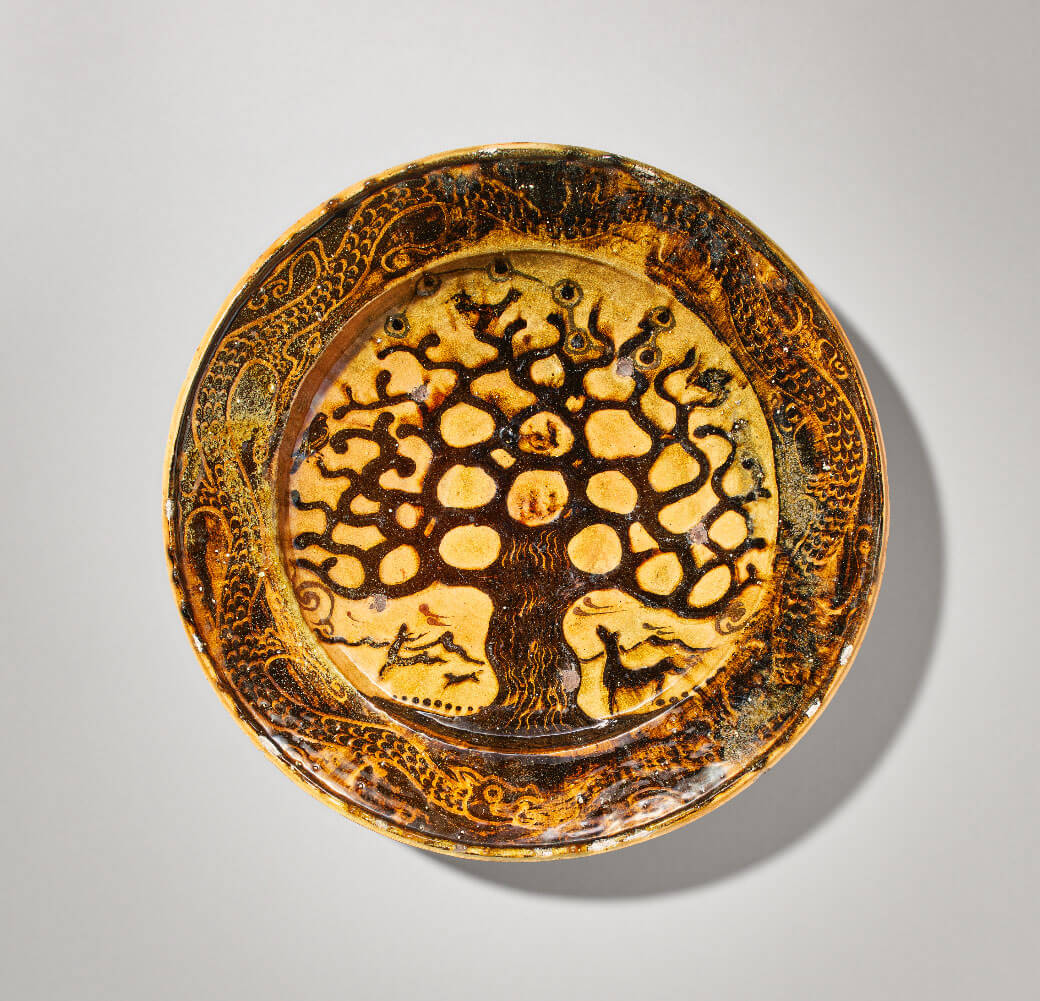 Although his academic focus was Manet, Velázquez and Piero della Francesca, Driscoll fell in love. The pots were for sale, priced $4 up, and Driscoll purchased outstanding works by eight potters. Fired up (he once reported, “I was just viscerally, intellectually and aesthetically energized, and focused on the quest to see more and to acquire more!”) he soon travelled to England and bought pots directly from the potters he admired, making life long friendships with Lucie Rie, among others. 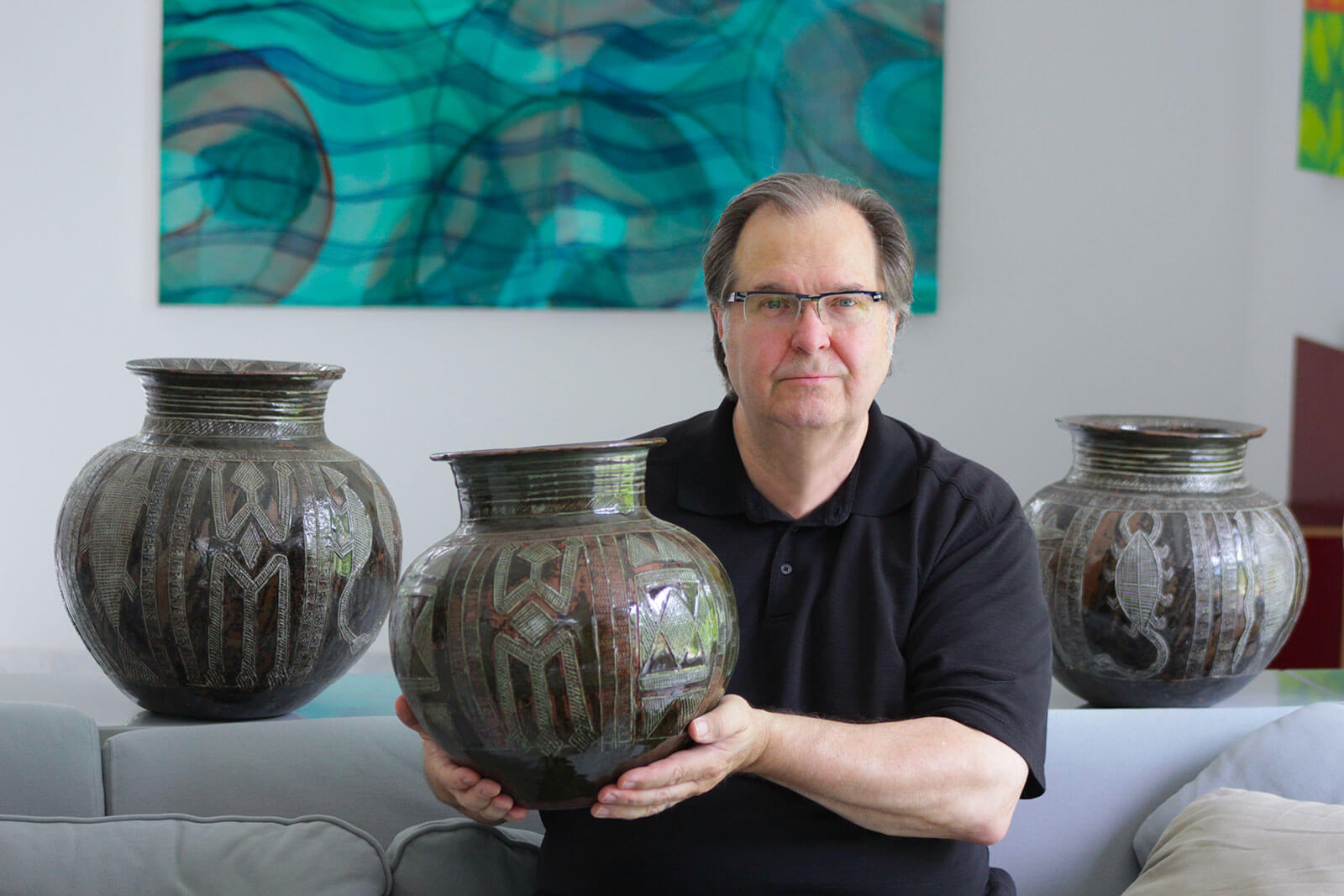 In due course, Driscoll became the pre-eminent scholar and dealer in ‘Hudson River School’ paintings, a name applied to a group of painters who began working around 1850 and were inspired by the discovery and exploration of an idealised, pre-industrialised American landscape. But British ceramics remained Driscoll’s sphere of passionate private collecting. He understood, as Ben Williams, consultant to the sale, comments: “the potential for the study of ceramics as cultural objects, worthy of the same level of scholarly interpretation as any painting, and crucially, for the ability for an object to tell a story.”

This sale includes many pots significant in the history of British Studio Ceramics, including works made by Bernard Leach in Tomimoto’s kiln in Abiko and pots made by Shoji Hamada whilst working with Bernard Leach to produce the first climbing kiln in the west (Lot 2, ‘Early Vase’, circa 1922, estimate £5,000- £7,000, sold for £9,450). 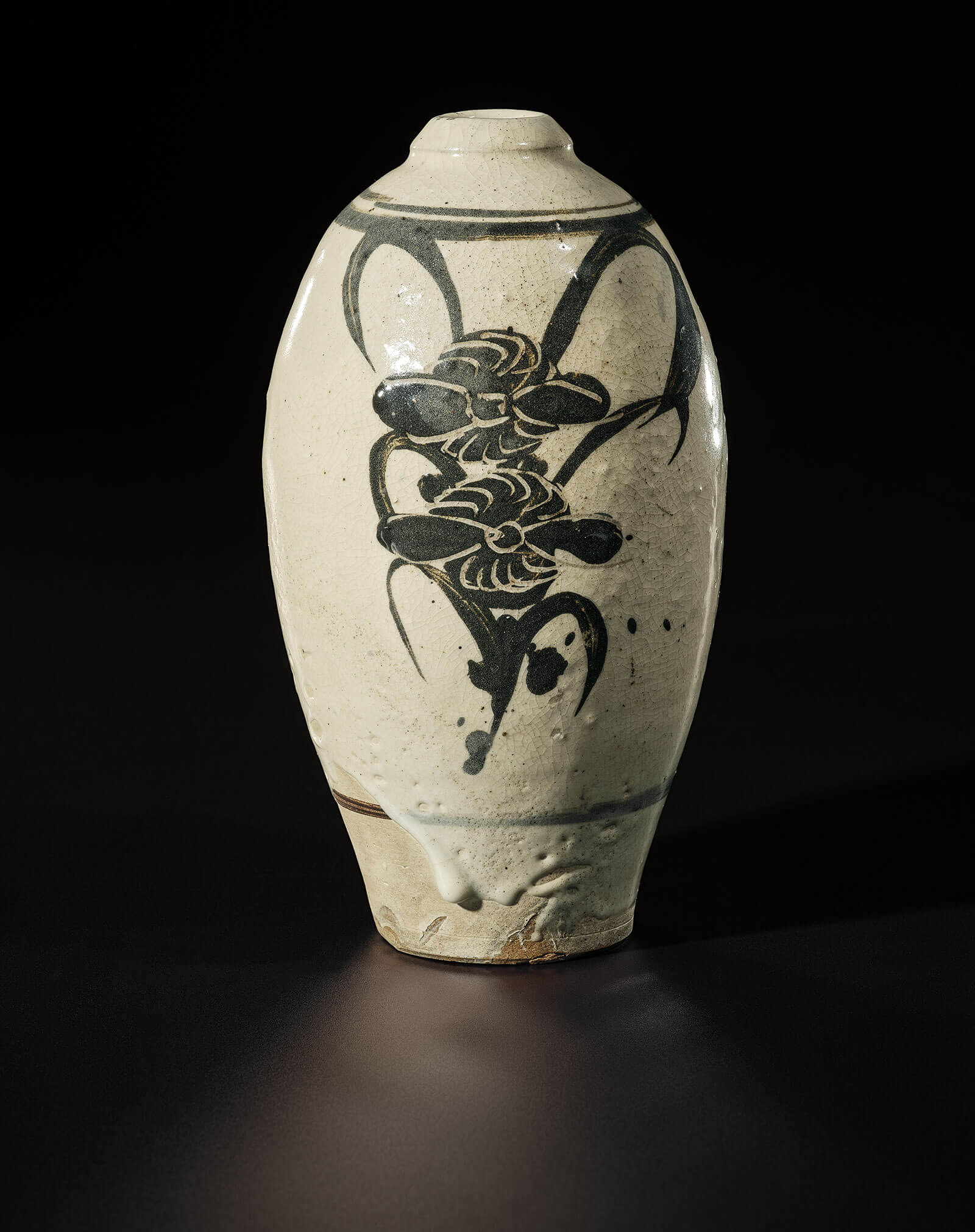 Momentous for the number and quality of pots by those seminal figures Lucie Rie and Hans Coper, this sale will draw interest globally. 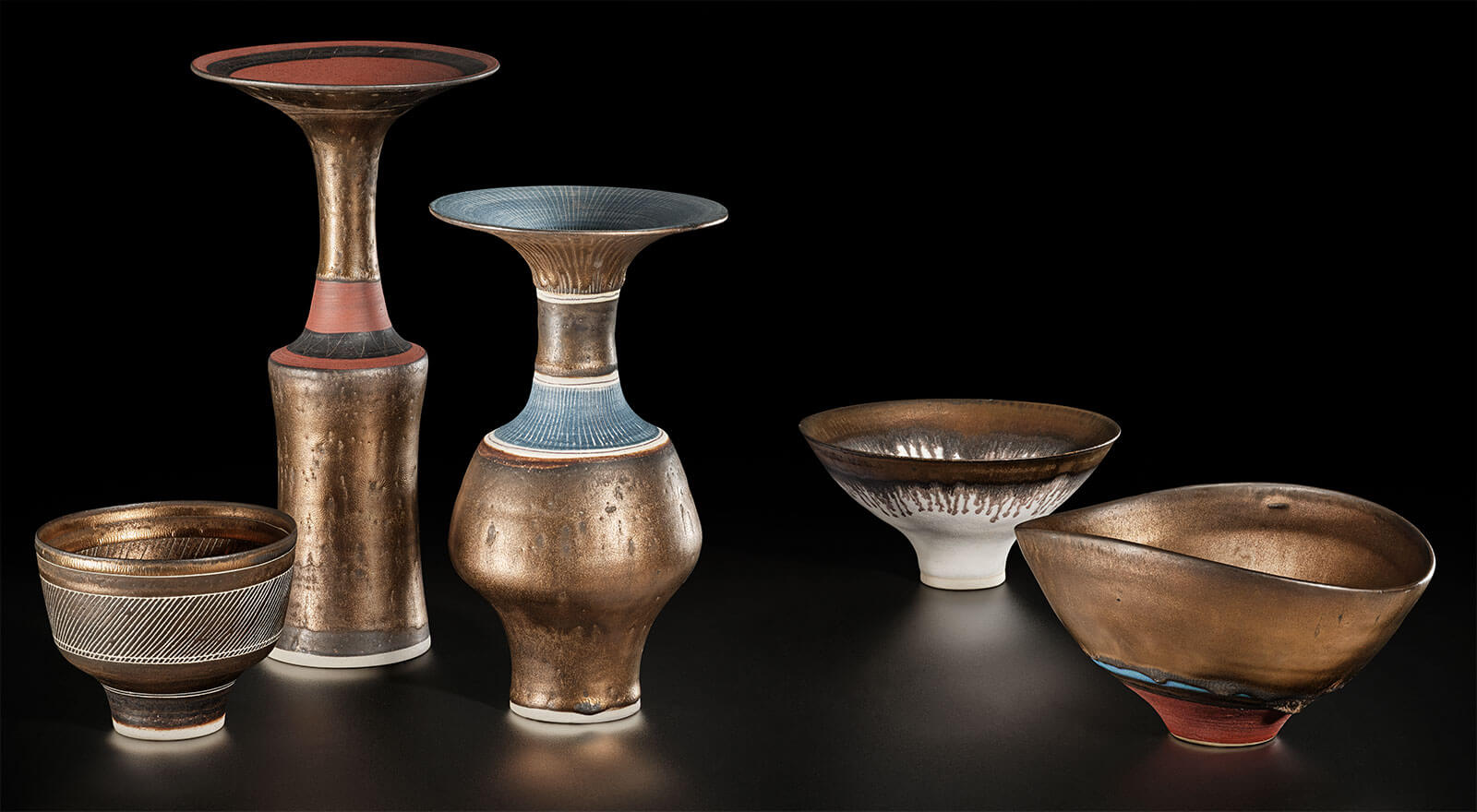 The Art of the Fire at Phillips, London. 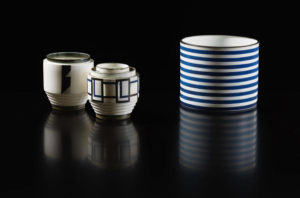 Exhibitions
Pioneering Women
An exhibition that highlights the diversity, strength and influence of three generations of female ceramists.
By Grant Gibson 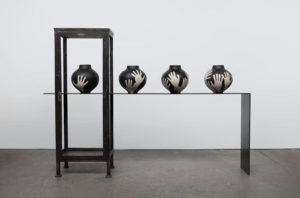 Object of the Week
'Within. Upon. and Hold Me - Moon Jars', 2021
JAMESPLUMB and Glithero
By TDE Editorial Team 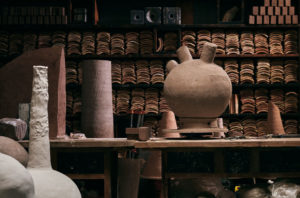