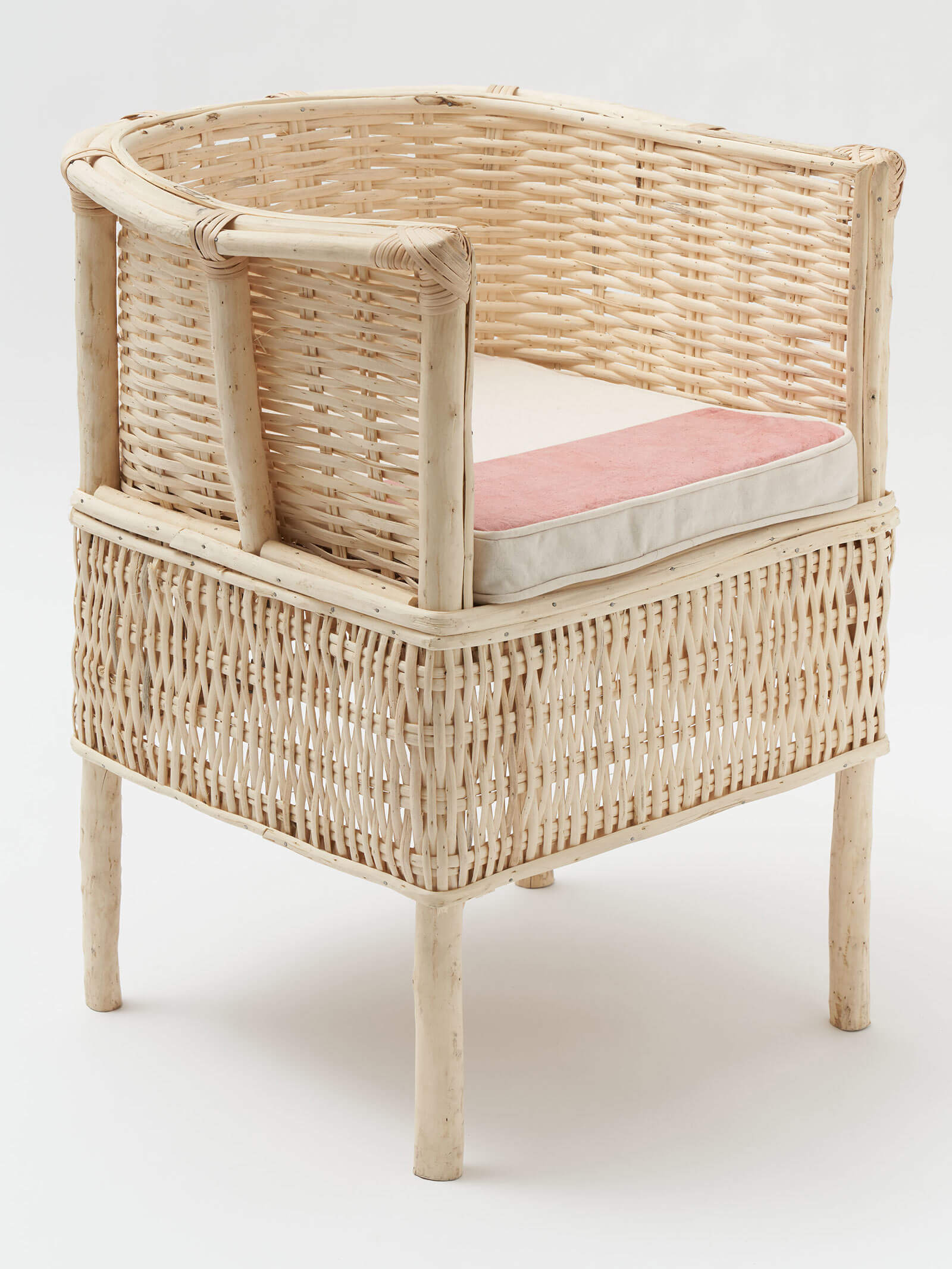 FOR THE ARTIST Yto Barrada, chairs in Morocco have their own lives. “Chairs have a typography there,” she says about her home country’s symbols of street life. The Brooklyn-based, Paris-born artist, who grew up in Tangier, is fascinated with their integration into the culture’s visual grammar, in which “chairs are the props and people are the actors in everyday scenarios.”  It is really no surprise therefore that Barrada should end up designing chairs herself.  For Barrada is first and foremost a conceptual artist, tackling themes to do with her country’s history and contemporary politics, building, as she puts it, political courage, through a wide variety of media ranging from collage to film to textiles to gardens to photography to sculpture to, well, furniture. Everything has the potential to communicate, to be illuminating,  in her concerted approach.

Barrada designed her first chair in a residency at the American Academy in Rome. Afterwards, she worked with a Moroccan master wicker weaver to make seating pieces for her solo exhibition, ‘Agadir’, at the Barbican Centre in 2018. The chairs, collected by the likes of Rihanna, result from a collaboration between the artist and the wicker weaver, based on her sketches. 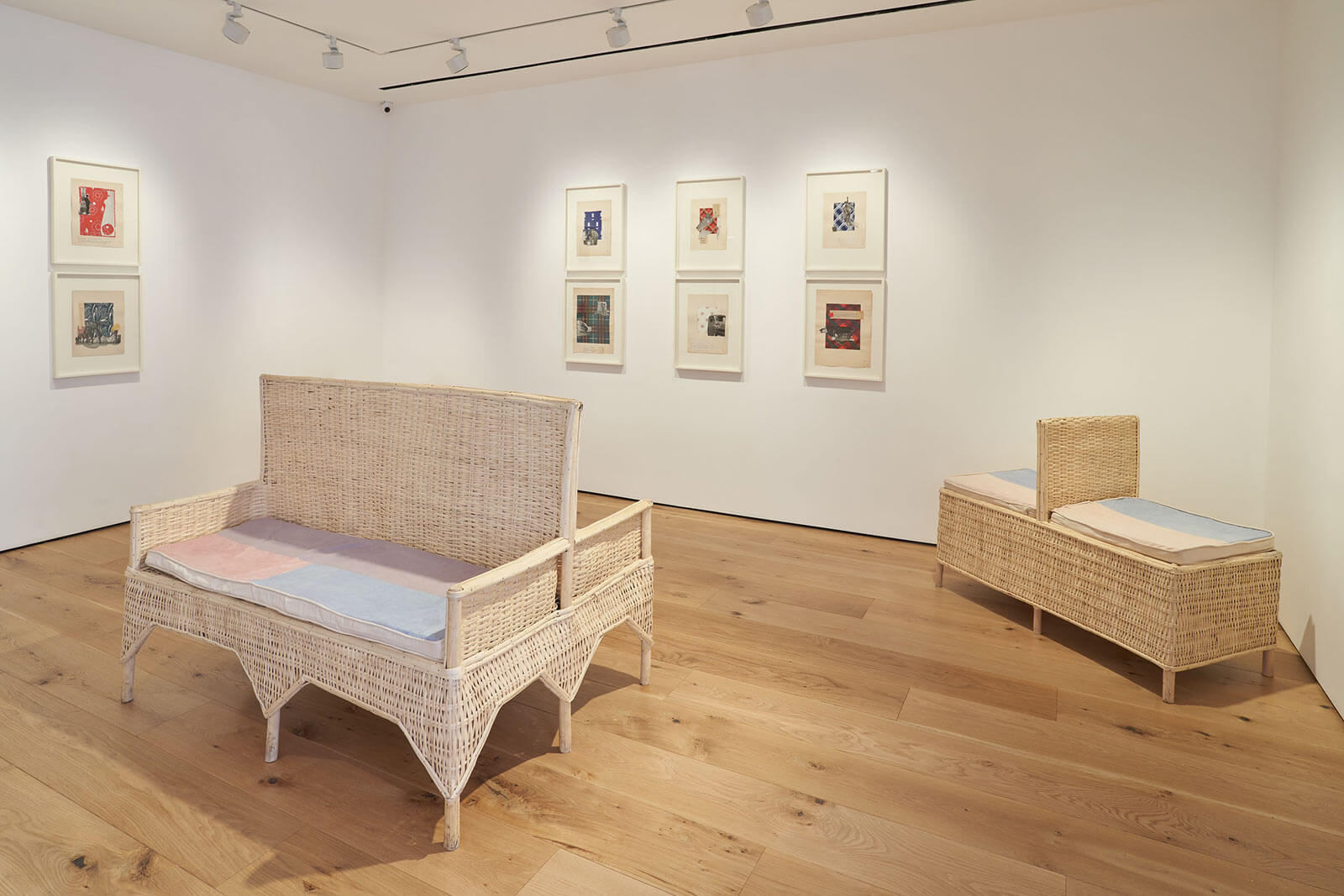 A recent exhibition at Pace Gallery’s East Hampton space showed a selection of Barrada’s ‘Conversation Chairs’, alongside a series of velvet collages and hand-dyed textile paintings inspired by Frank Stella’s Morocco paintings. The simple weaving patterns used to make the chairs effectively balance lines and curves, and imbue the chairs with an inviting tranquility. The pillows are covered with exhaust dyed fabric from the artist’s own dye garden in Tangier. “There is no ‘left-over’ in dyeing because every piece of textile ends up being used,” she explains. 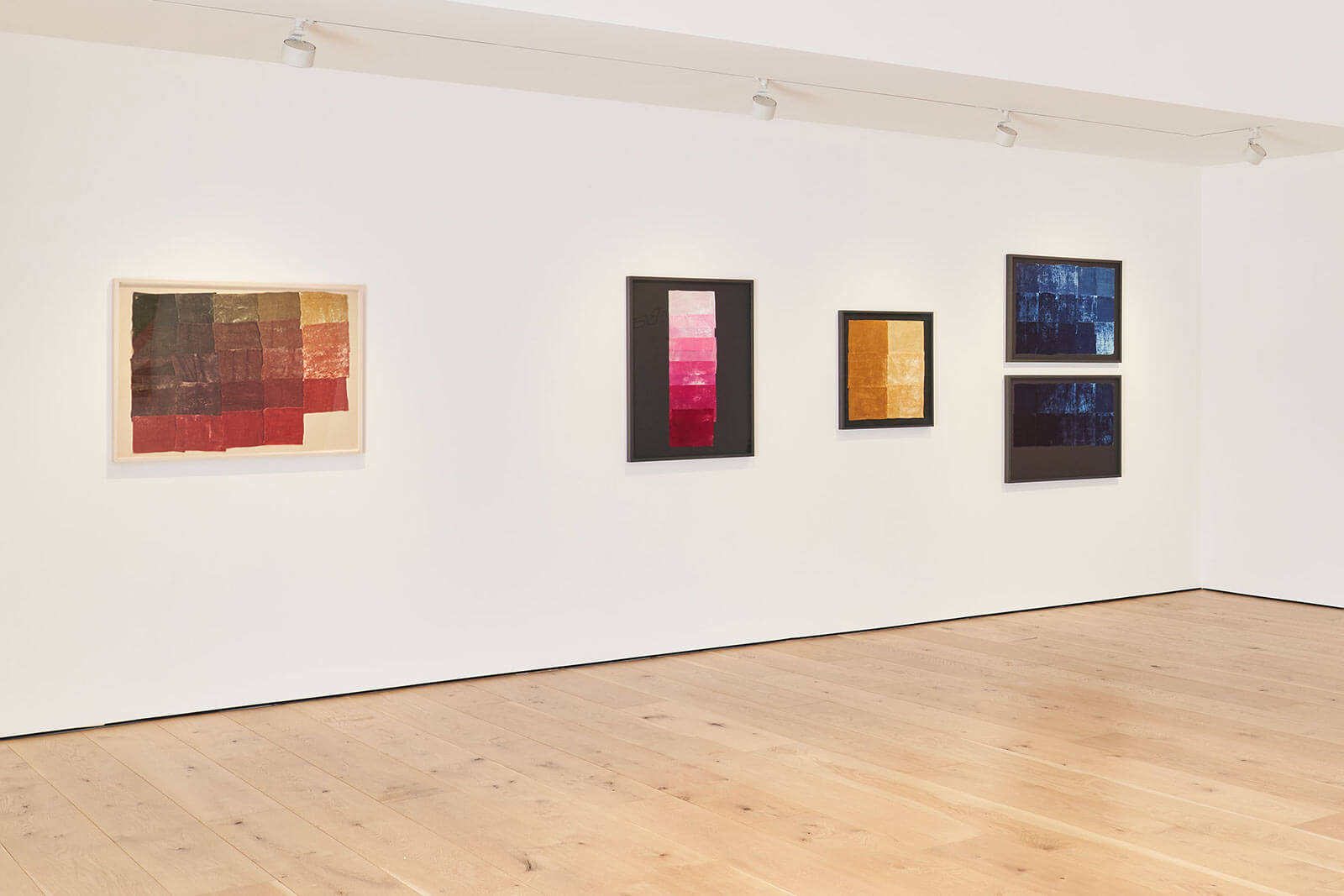 Barrada eschews categorisations such as design or sculpture, and rather considers the chairs essential elements – or characters – to talk about healing and rebuilding, of a city or a community. “I designed the chairs as alternative conversation pieces for eavesdropping or whispering, to bring sitters closer,” she explains. 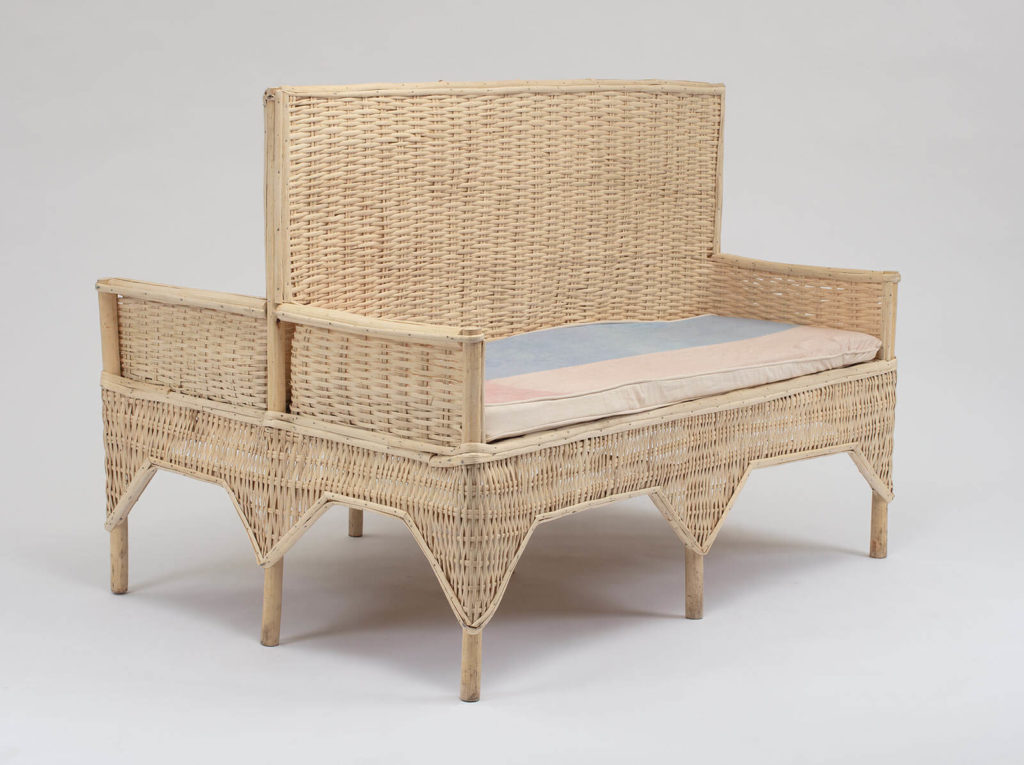 While a poetic criticism of colonial Modernism is at the core of the artist’s multidisciplinary practice, furniture design provides a new material with which to weave together history and fiction, and explore hitherto overlooked stories and archives. “Wicker weavers are pushed to the outskirts of Tangier,” Barrada notes. Rattan is, in fact, prevalent in Moroccan architecture and design at every scale, from sheds to baskets. Both durable and fragile, the material is apt for an artist who is invested in “a solidity that only lasts for a matter of time.” Strength and fragility are critical qualities of the artist’s chairs, which evoke a dark period in Moroccan history. A fifteen-second-long earthquake in Agadir, on 29th February 1960, killed over 10,000 people and flattened one-third of the port city on the Atlantic. Brutalist architecture replaced the destruction, a Modernist vision spearheaded by local and French architects under Le Corbusier’s guidance. “The postwar success of Brutalist history depended on a need for solidity which was visible,” she says. 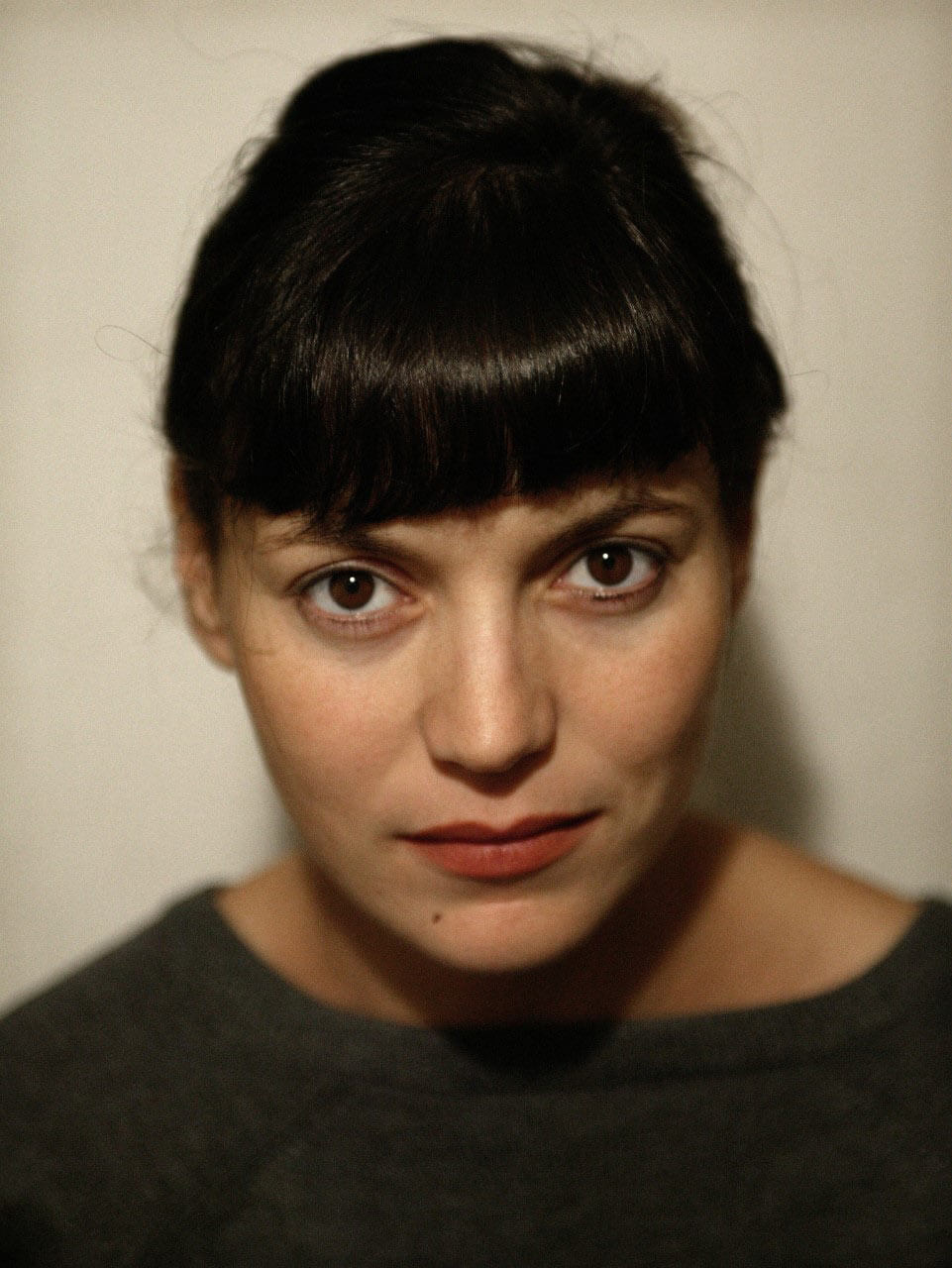 Barrada used the twelve chairs in her Barbican show to stage excerpts from the avant-garde Moroccan author Mohammed Khaïr-Eddine’s 1967 book, Agadir, about the catastrophe’s aftermath. The book follows a bureaucrat whose mission to report on the devastated city transforms into a surrealist poem with eccentric characters. Every Saturday, eight actors from London’s Guildhall School of Music and Drama gathered under the Barbican’s Brutalist architecture and reprised the roles of a Berber king, psychic, trade unionist, or a housewife. They activated the furniture as the main stage.

The actors wore pyjamas to reflect the catastrophe which hit minutes before midnight, but for Barrada, the earthquake in the book is a metaphor for her nation’s traumatic history between European mandate and independence. “My firsthand information, in this case, was fiction,” she says.

Khaïr-Eddine was considered in his nation a literary enfant terrible who called himself a linguistic guerrilla. For Barrada, he was also a family friend who wrote a poem for the artist when she was born. Agadir’s recent translation into English encourages Barrada to restage her furniture sculptures once again with actors. She even plans to bring the production to Morocco in the near future, “but it must really make sense to activate any form of heritage or archive – you want to do in the right way,” she says. 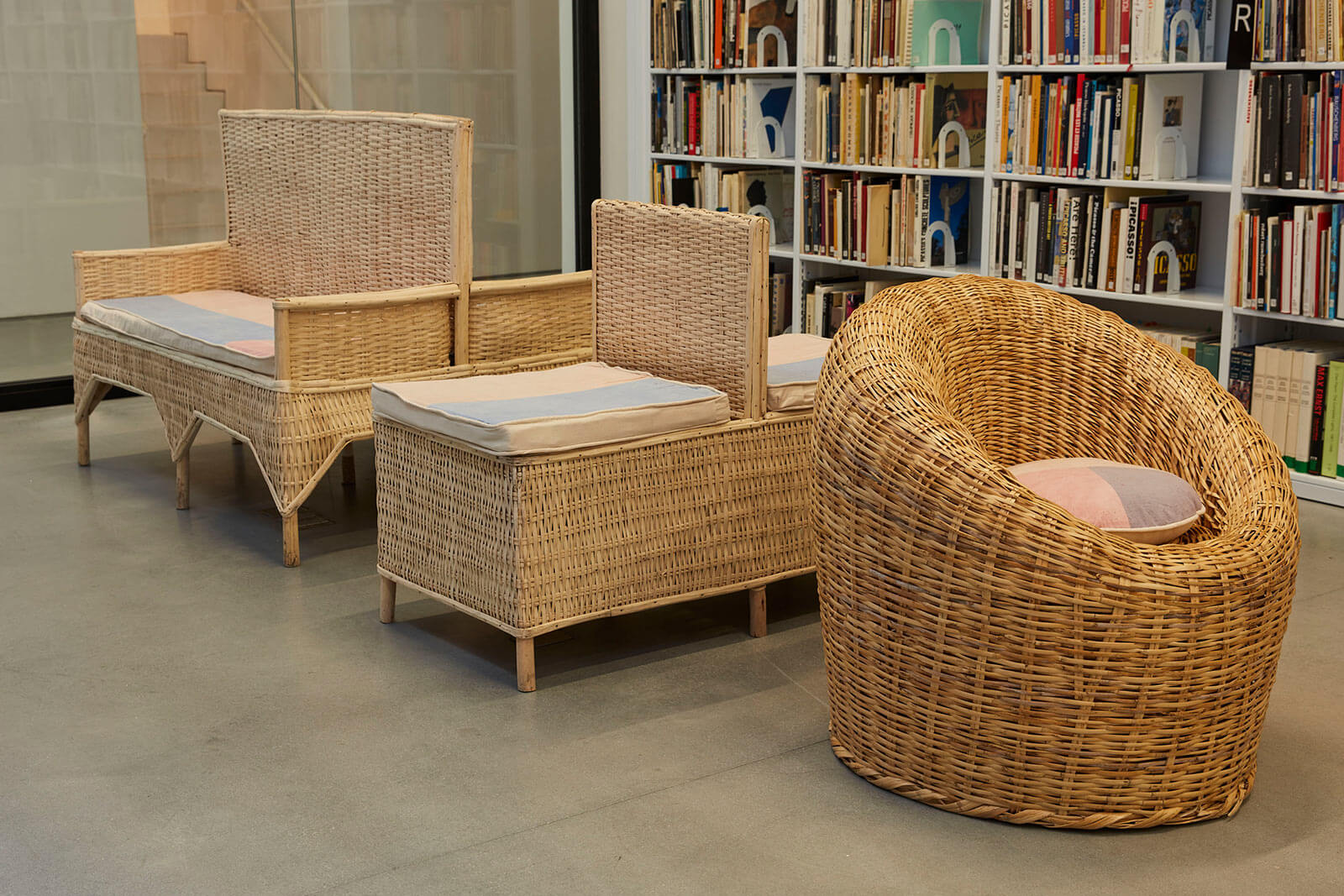 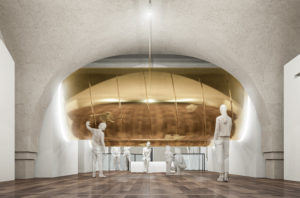 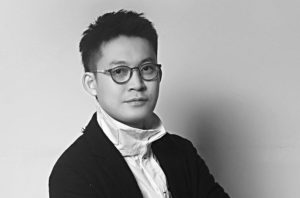 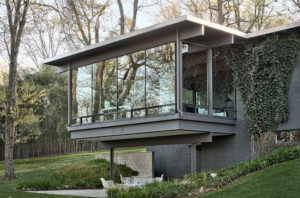 Exhibitions
At the Luss House
Object & Thing teams up with galleries Blum & Poe and Mendes Wood DM to mount a contextual showcase of art and design in a Modernist architect's home.
By Adrian Madlener 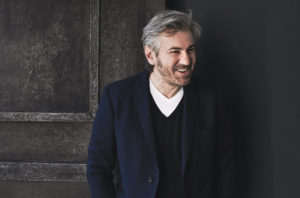 Exhibitions
Vincenzo De Cotiis: Éternel
A collection that combines gravitas and beauty, through the language of cataclysm and the patina of decay.
By Brecht Wright Gander
The Design Edit
For Collectors and Dreamers
Read
Connect
Legal
Join Our Bi-monthly Mailer
Follow and Share
© 2021 The Design Edit.
All Rights Reserverd