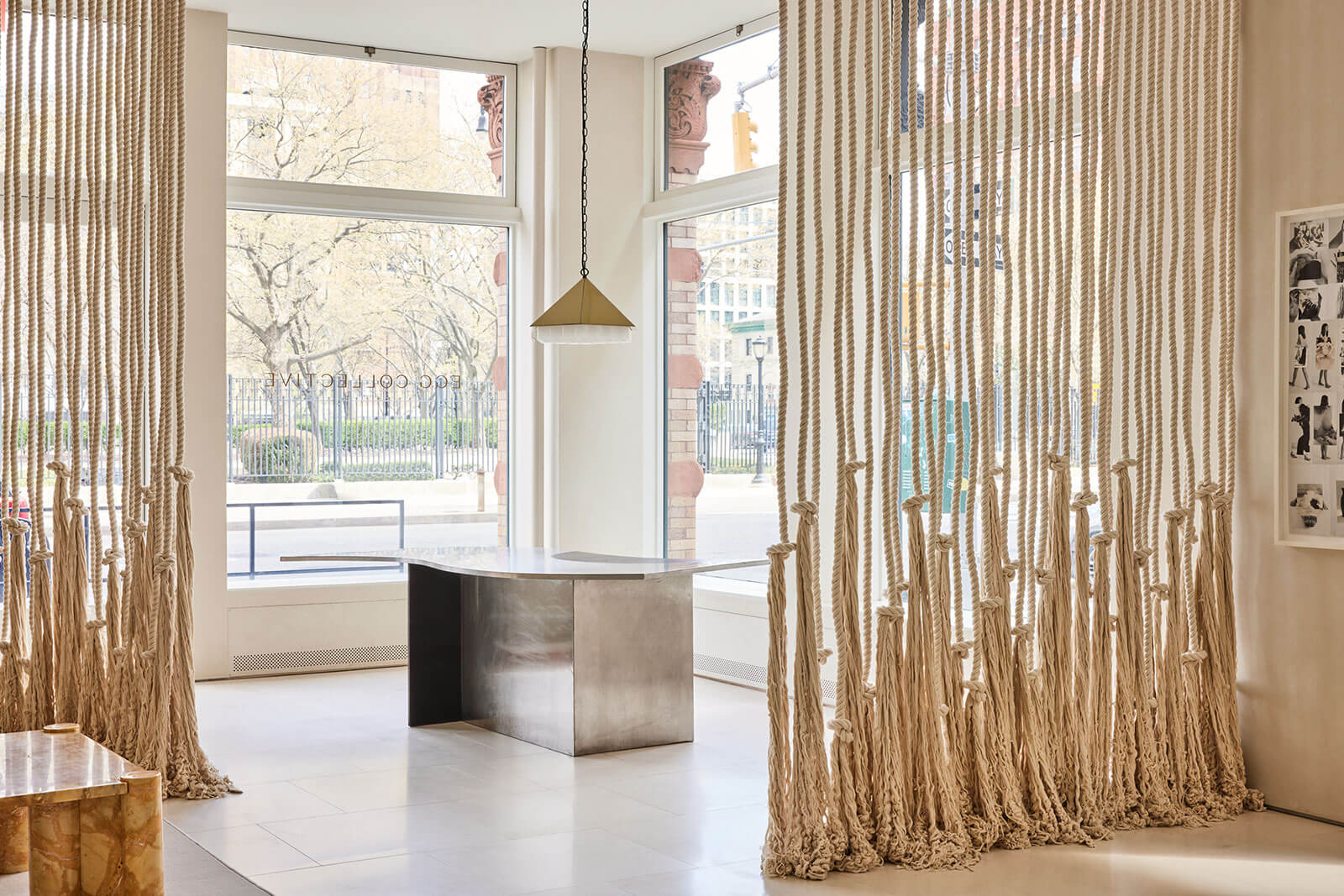 IT’S NO SECRET that the stigmas surrounding women in the workplace remain entrenched. The reality has been made even more evident during the pandemic and the subsequent financial crisis, as fewer and fewer women have returned to their jobs. Pay gaps in even the most progressive societies have yet to be rectified. This imbalance increases even further when the ‘motherhood penalty’ comes into play. This term is used to describe the ingrained belief that mothers become less committed to their professions once they’ve had children. 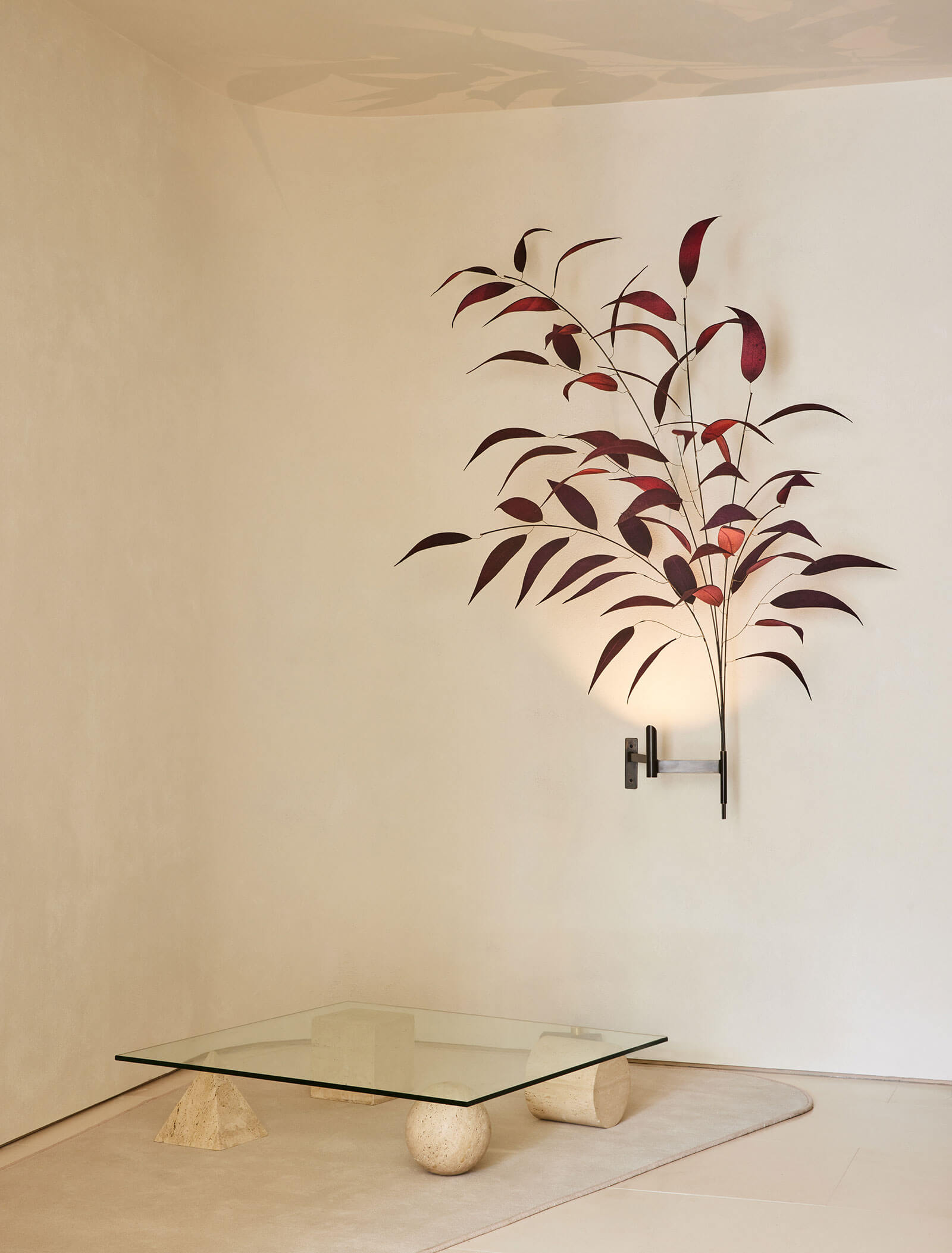 Co-curators Stephanie Beamer, Crystal Ellis, and Hillary Petrie – co-founders of Egg Collective – and culture-maker Tealia Ellis Ritter framed this exhibition around a recent Harvard University study that investigated this implicit discrimination. The report also suggests that policy change within workplace structures and the dissemination of clear facts were the best ways to shift these cultural norms. “The mother concept for the ‘Designing Women III’ show was an idea that I arrived at over time,” Ellis Ritter recalls. “It began after reading a series of articles about women in the arts being fired, or having difficulties sustaining careers after the birth of a child – not due to a lack of dedication but because of how they were perceived. This led me to research the motherhood penalty in-depth, which coincided with Hillary’s pregnancy. I suggested the ‘MOTHER’ show to Egg Collective as the third iteration of their ‘Designing Women’ exhibitions. I think we all recognised very quickly that this was a show we wanted to see come to fruition.” 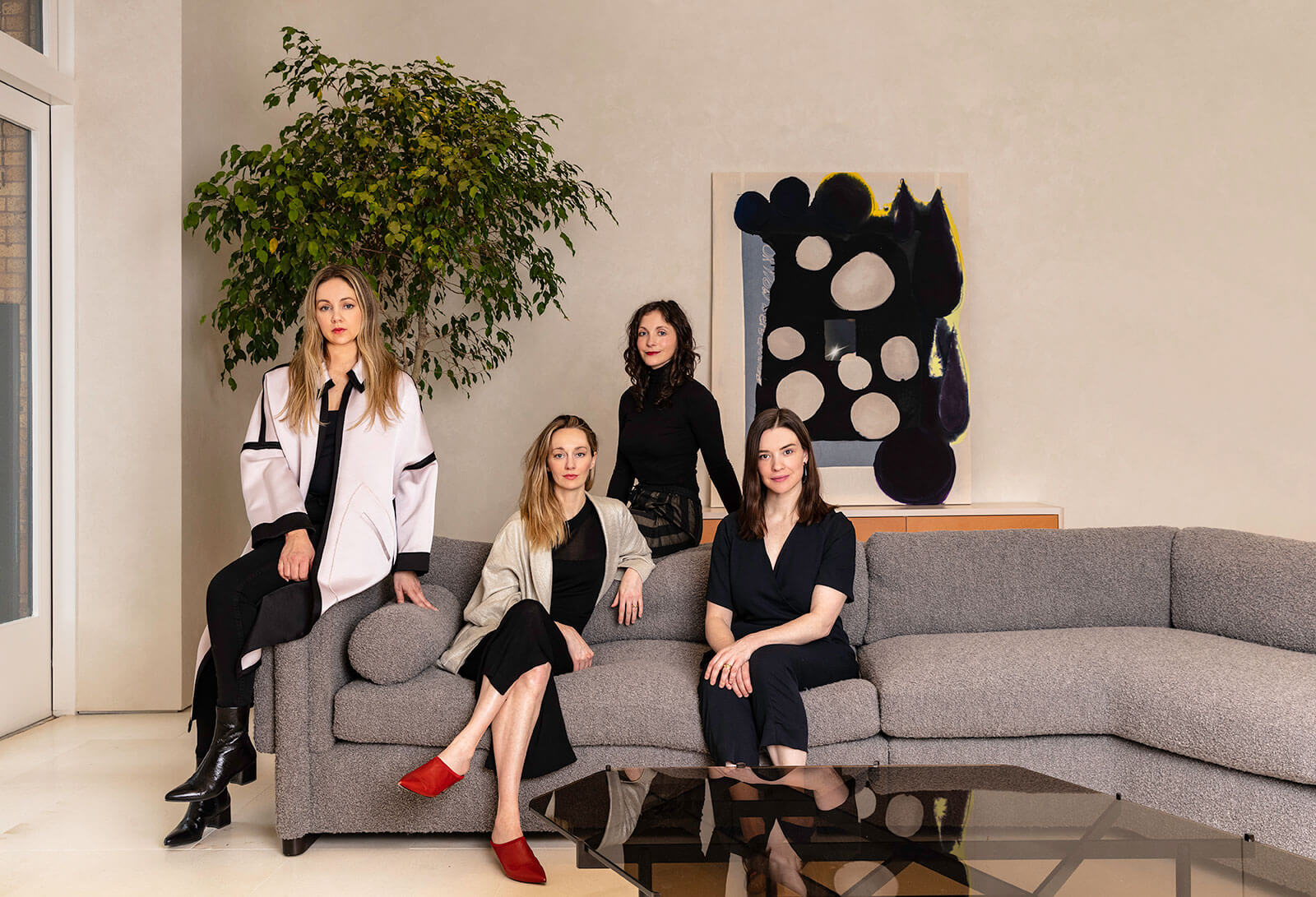 Presented within Egg Collective’s Tribeca showroom and amongst the company’s own signature furnishings, the exhibition unfolds as different vignettes. Supporting other creatives with representation and space has been a core principle of the brand since its founding in 2011. The trio sees the annual ‘Designing Women’ exhibition as a chance to foster a stronger community between creatives working in the applied and fine arts. 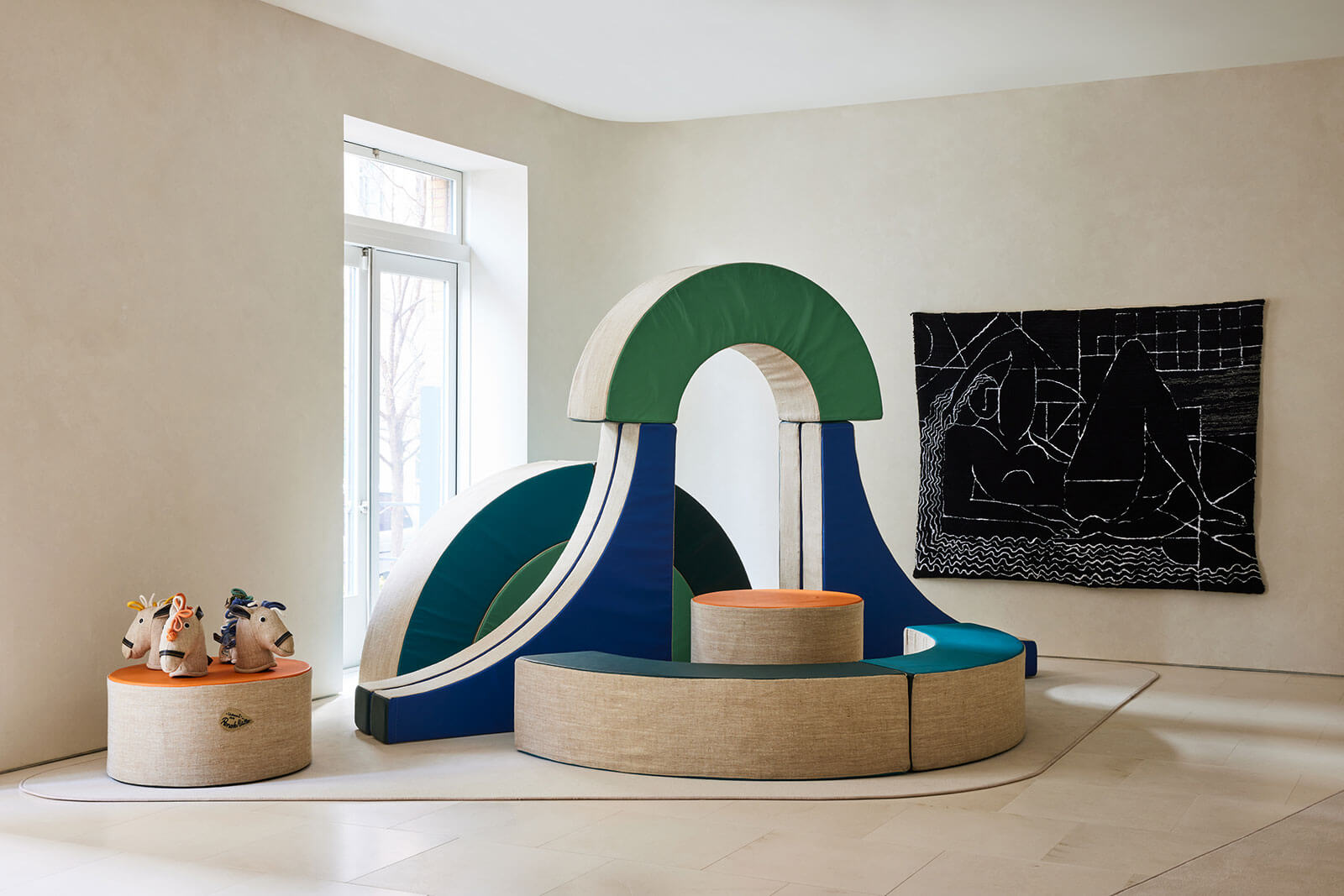 A powerful serigraph screenprint by noted artist Faith Ringgold entitled ‘Dear Selma, Every Time I See A Dime, I Think Of You’ sets the tone for the entire show. “Artist Faith Ringgold is a fervent civil rights and gender equity activist, and her art practice – which spans almost six decades – is inherently political,” Crystal Ellis reflects. “This piece tells the story of how Selma Burke created the portrait plaque of Franklin D. Roosevelt in 1944 that, little did she know, would show up unattributed on the dime the following year. It very clearly calls into question the representation of women. It feels particularly poignant given what has transpired this past year due to the pandemic, how it has affected the careers of mothers – particularly women of colour. The piece also speaks, both literally and figuratively, to currency, which is an interesting thread in terms of the motherhood penalty.” 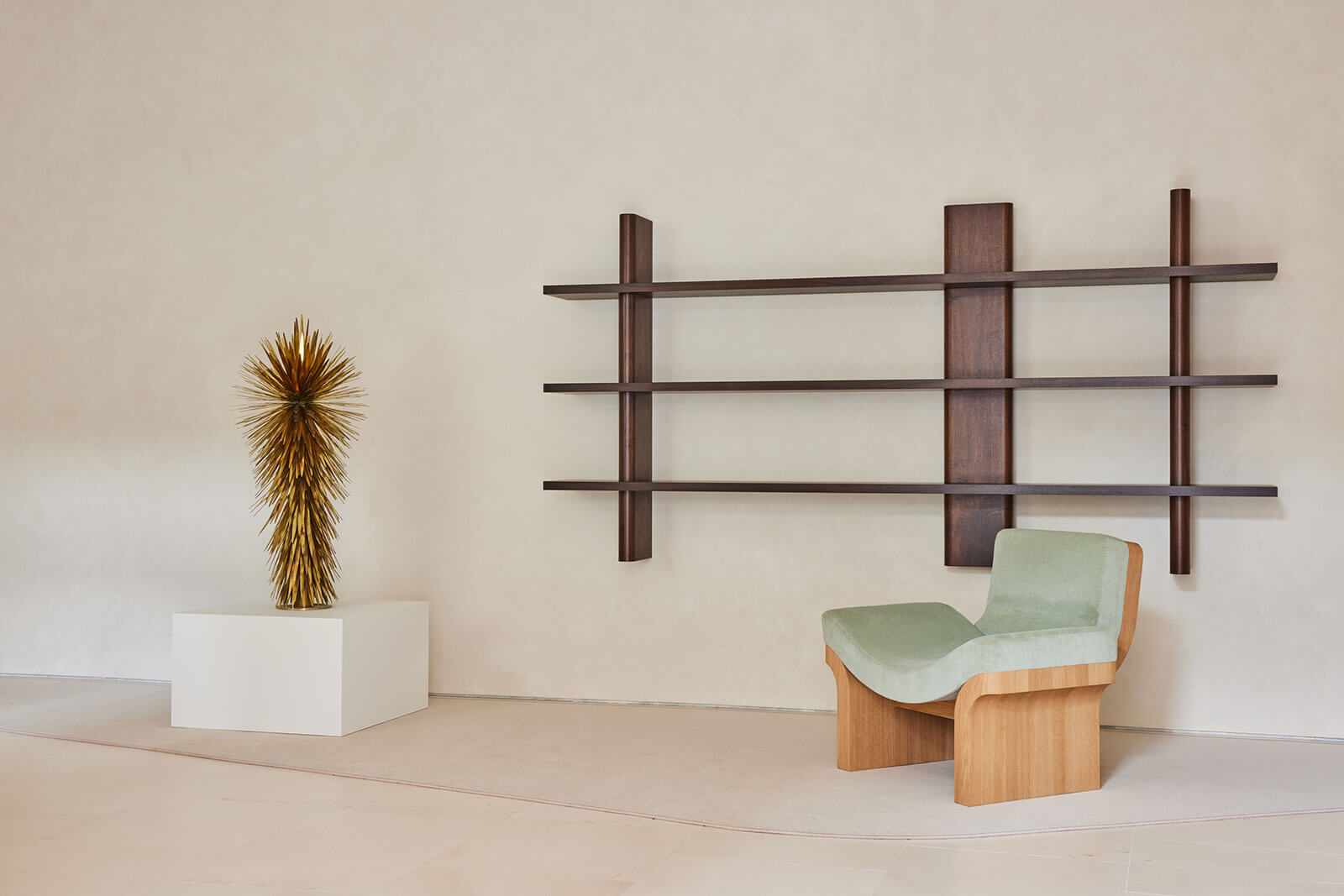 Other works that address a similar history are two colourful and geometric quilts by Loretta Pettway Bennett. The artist is a 5th generation descendant of Gee’s Bend quilt makers. Established by freed slaves at the turn of the 20th century, this isolated Alabama community of African American craftspeople championed an experimental and resourceful approach to the discipline, deftly producing works that resembled or even surpassed those of Modernist talents in Europe. Pettway Bennet uncovered these connections during her extensive travels and translated them back into her own work. She subsequently received a fellowship grant from the Alabama State Archive Council on the Arts to study the fine details of Gee’s Bend quilt making and solidify this tradition as among one of the most influential African-American visual and cultural contributions to the history of art within the United States. 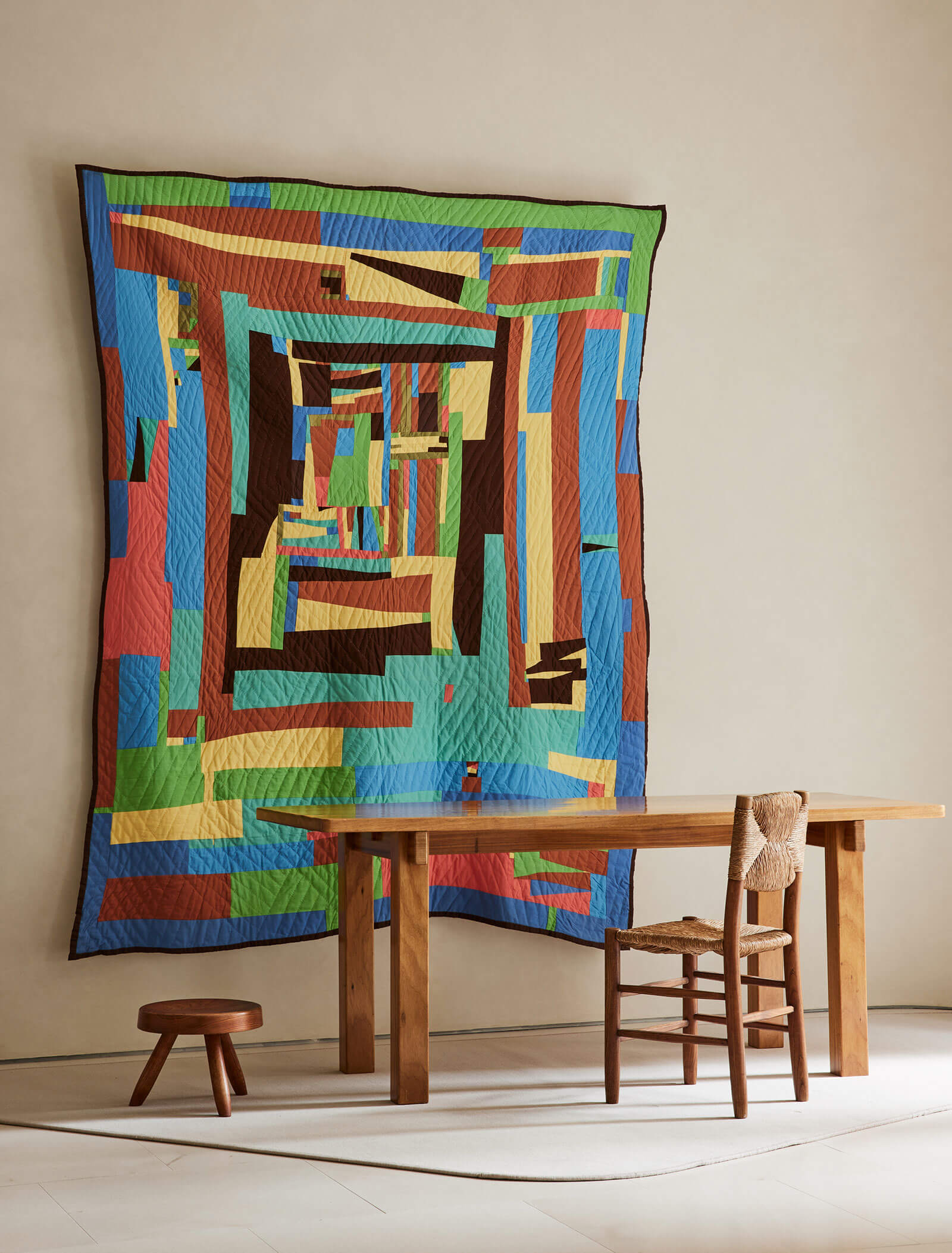 “Throughout the show, historical and contemporary works are placed in dialogue with each other” 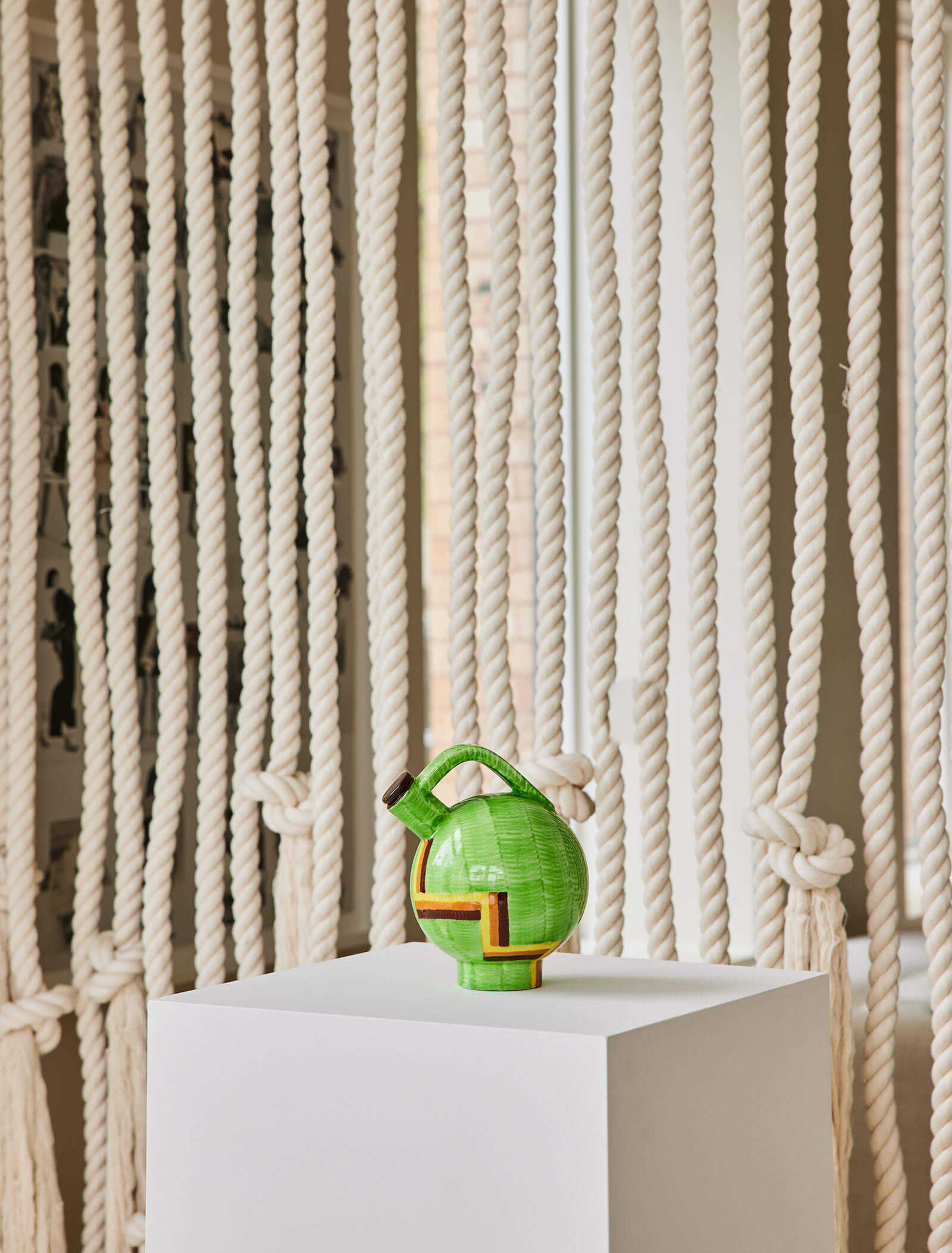 Throughout the show, historical and contemporary works are placed in dialogue with each other. Pettway Bennett’s ‘Flow Plans’ quilt hangs above a Charlotte Perriand table, chair, and stool. An adjacent wall features Petrie’s custom-built ‘Unnamed Bookcase,’ a response to the French Modernist architect’s iconic shelving system. Katrina Vonnegut’s striking ‘Bow Chair’ completes this mise en scene. The pairs don’t stop there. Perhaps the most visually impactful staging is the combination of Maria Pergay’s especially expressive ‘Meuble Drape / Drape Cabinet A and B’ credenzas with Hannah Whitaker’s equally graphical multiple exposure photographs, entitled ‘Kick’ and ‘Salute’. There’s more than a decade between the creation of these pieces, but the underlying sentiments each oeuvre communicates seem to reinforce each other and transcend time. 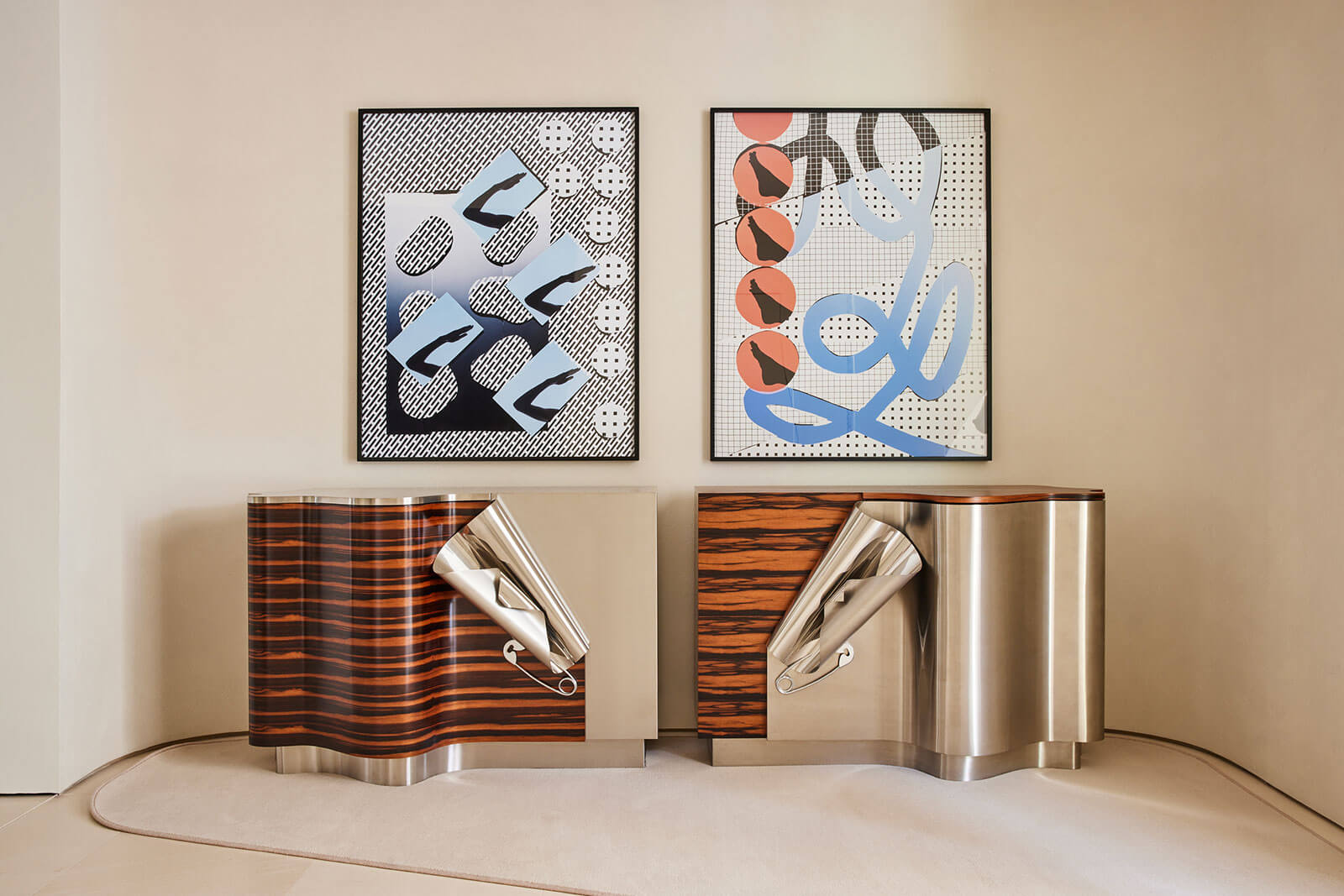 “In past iterations of the show, we have always tried to represent a broad array of works operating at a variety of scales and mediums,” Ellis concludes. “This year, we broadened the conversation beyond design to include fine art and partnered with Tealia Ellis Ritter to co-curate the show. During this process, we were thinking about how different women have navigated the dual roles of mother and creative practitioners – some dealing directly with motherhood in their practice while others do not.” 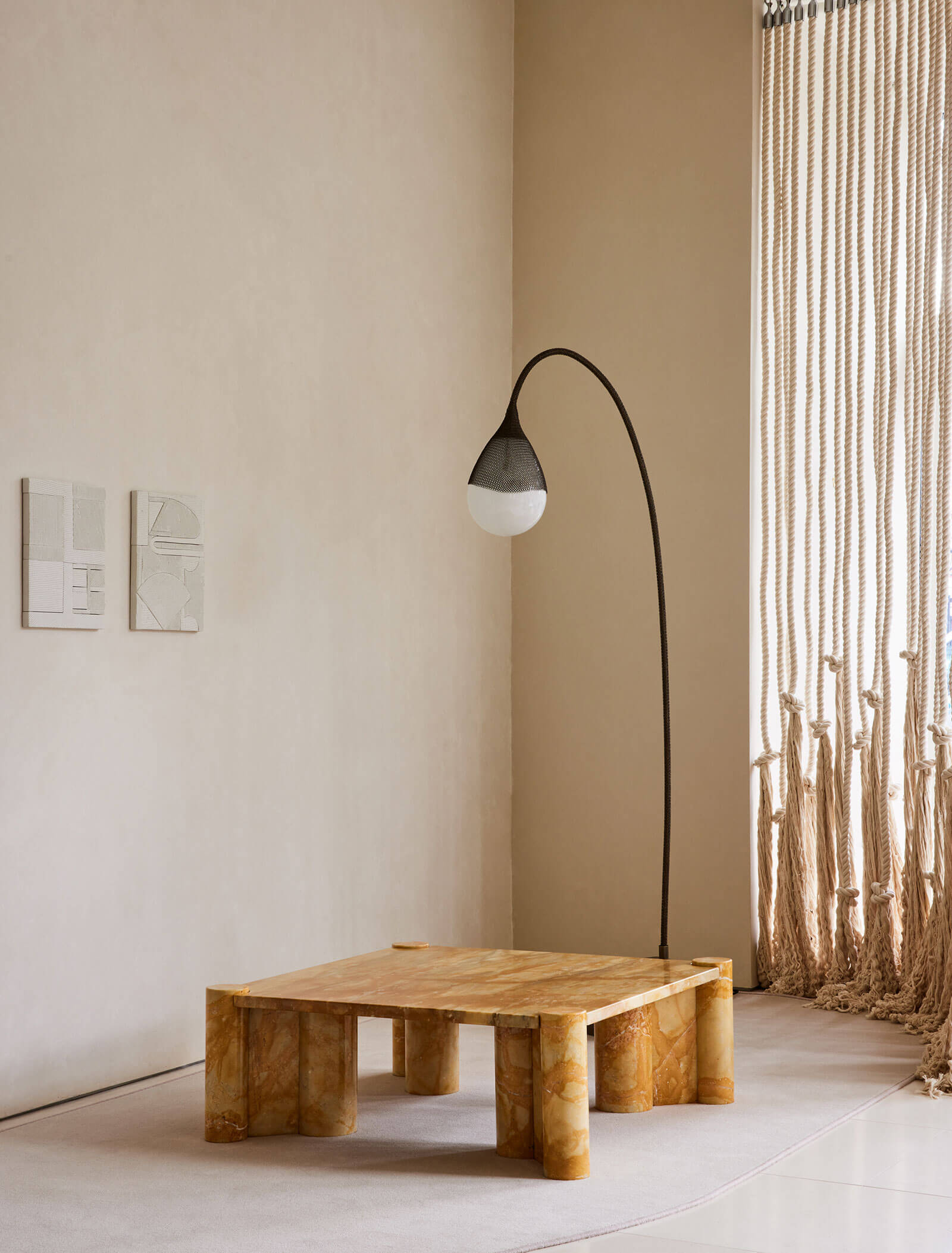 This eclectic exhibition of works on paper, furnishings, luminaires, and mixed media sculptures remains on view until 29th May, but will also live on through a virtual portal after its closure. 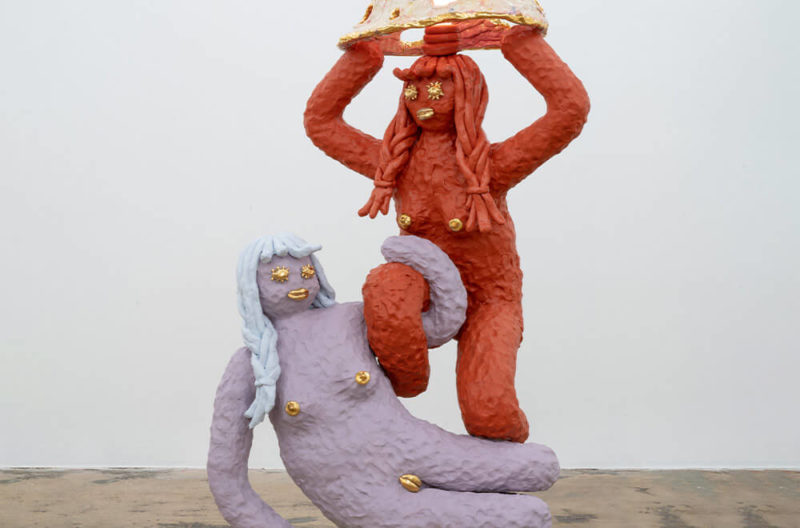 Reclaiming the Female Body: Meet the designers using furniture to tell their own stories of the body. 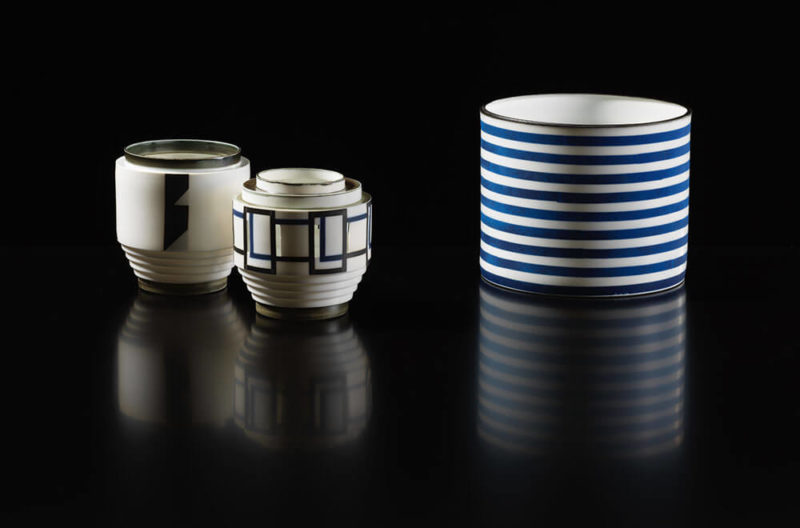