Embracing and confronting her femininity and race through her unique visual language. 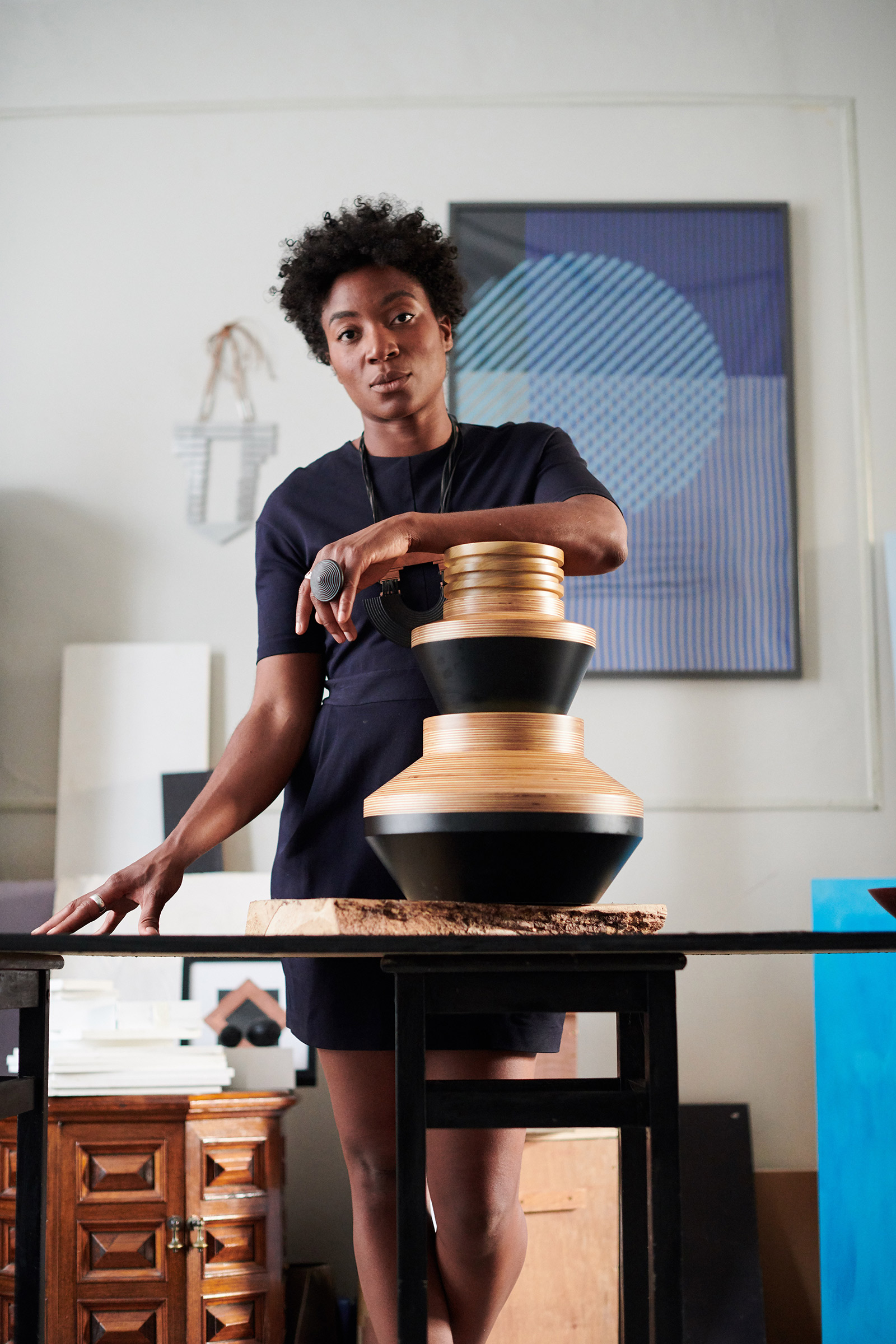 “I’M ONLY BEGINNING to understand where my work fits,” Simone Brewster tells me during a lockdown phone conversation in which we discuss her genre-busting career. “I realised a while ago that I was going to have to take the long view, like my hero Louise Bourgeois who had to wait until she was 70 before she was truly recognised.” In fact, Brewster’s collections of furniture, objects d’art and jewellery, all of which she describes as “intimate architectures”, are well established. She has exhibited regularly since graduating in 2007 with an MA in product design from the Royal College of Art, having completed a degree at The Bartlett School of Architecture. Featured in exhibitions at the Crafts Council, the Design Museum, Collect, the RCA and the British Embassy during the London 2012 Olympic Games, Brewster has also shown with commercial galleries including Gallery FUMI and The Aram Gallery. 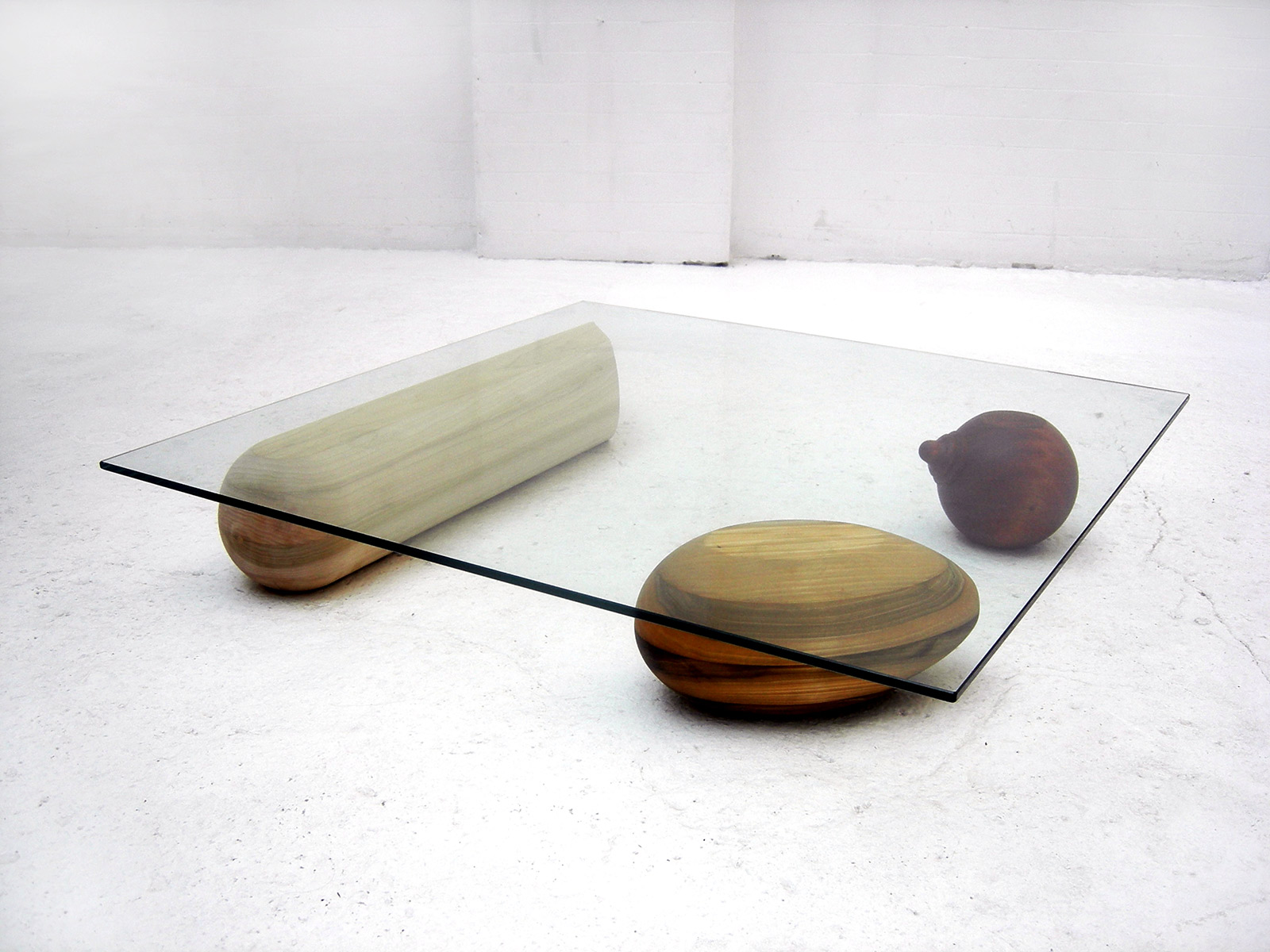 It is true that her designs don’t sit neatly in the boxes defined by the industry. Her visual language is both sculptural and architectural; she works across scales and disciplines, approaching the making of an item in terms of “the space it will inhabit, the atmosphere it will create” and each piece comes with a narrative attached. They may appear to hover between function and art but Brewster’s designs steer firmly towards the latter. Work such as the sublime ‘Negress & Mammy’, 2010 – inspired by a visit to a Chris Ofili show at Tate Britain in which Ofili embraced “a decidedly Black position”, remembers Brewster – make a political statement in a business that is, “without question, dominated by white men”. Ofili’s paintings made her want to create “not just beautiful things but products that spoke about my background, my identity.” “The world didn’t need another chaise longue,” she adds, “but there are gaps in history where black people weren’t able to make products themselves and those gaps are interesting.”

Drawing on African sculpture, Primitivism and Cubism, the ‘Negress & Mammy’ seating element and table are sculptural pieces that deconstruct the black female body. Brewster cites two paintings that influenced her, Tarsila do Amaral’s ‘The Negress’ (1923) and Wilfredo Lam’s ‘The Murmur’ (1943). While ‘The Negress’ is a fleshy nude who both reveals and conceals her nakedness, the gender of Lam’s angular figure is only made clear by the presence of breasts; both paintings reclaim a cultural identity suppressed by colonialism and appropriated by early 20th century European artists. The power of these works contrasts tellingly with figurines Brewster encountered on a visit to the V&A: decorative servers in the form of black women that would have been placed on a table at mealtimes, functional objects that also served to remind diners of their own positions of dominance in the world. The museum’s information panel failed to engage with “the intertwined histories of the African nations and Great Britain”, recalls Brewster, “and that made me think about the significance of the domestic objects we choose and how we build our environments through them. I wrote my thesis on that.” 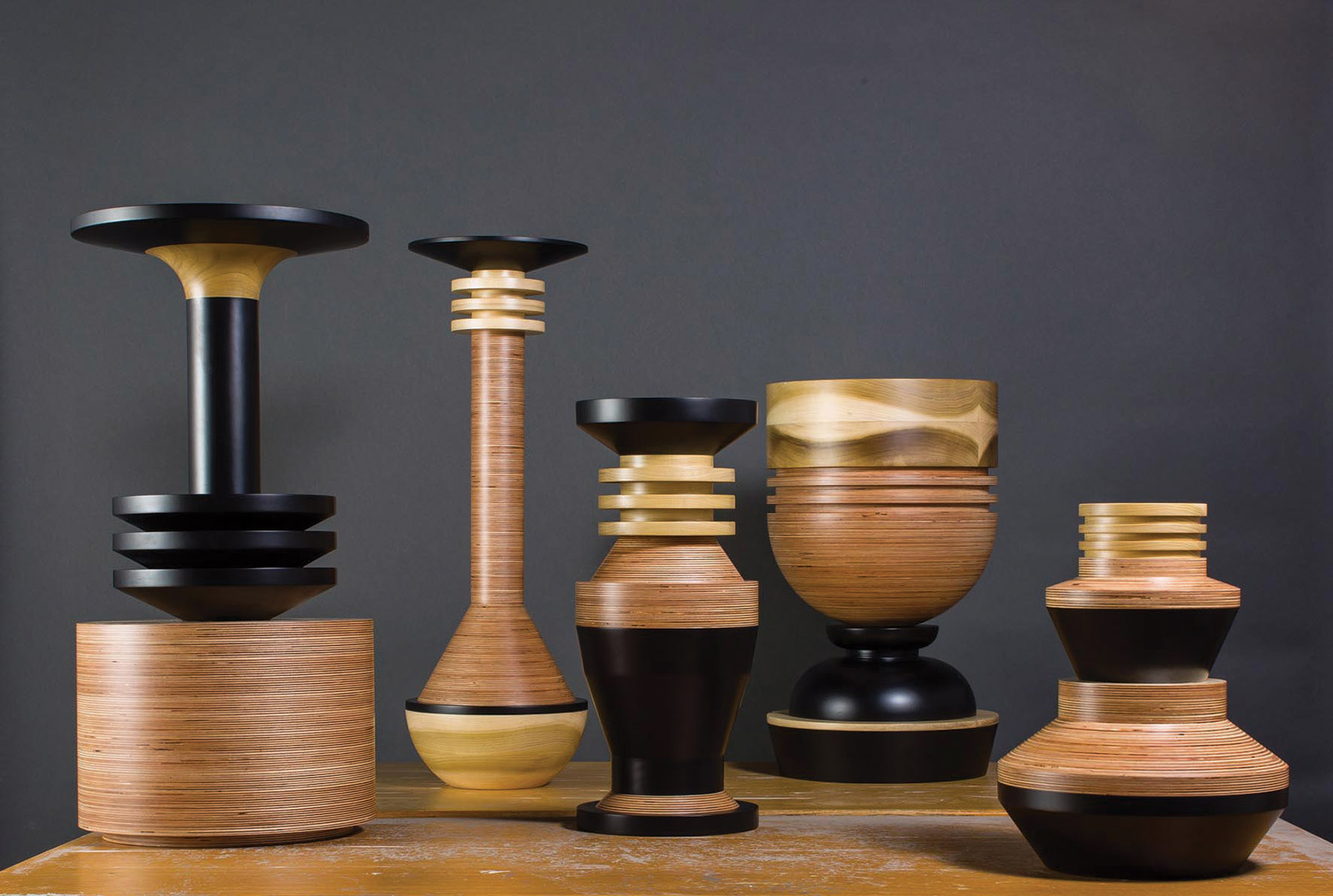 Brewster’s interest in architecture began around the age of six, on a family trip to Trinidad, her father’s country of origin. “The houses were super-hot inside but when we went to his cousin’s house it was cool.” The cousin was an architect. She subsequently studied architecture at UCL, which she found “highly competitive, intense and a shock straight from school” – but learning to weld and work with materials in the second year was “a luxury moment”. She decided to take a year out “to play” with product design at the RCA, before continuing her architectural studies, and it’s easy to see that this is where her boundary-breaking began. “I did two platforms where you were only meant to do one, the first was led by Tom Dixon and Martino Gamper, and the second by Hannes Koch [of Random International] and the painter Gabriel Klasmer. I also walked into every department. Nobody gave me permission, I just pushed my way in.”

Her insistence on meeting Michael Rowe, Jewellery and Metal Senior Tutor at the RCA, a “fantastic teacher, super-generous with his time”, was a game-changer. “I did two of my graduation projects with him and decided not to complete my architectural training.” Instead, she took a part-time job “sanding and dismantling things” at Gamper’s studio which enabled her to work on her own designs. Brewster’s self-determination stems partly from the sexist attitudes she encountered as a student. “While I was at the RCA there was an opportunity to go and work in France, welding and sanding in an artist’s studio. I wasn’t considered because they didn’t think girls did things like that – even though that’s exactly what I was doing at college! It was unconscious gender bias. I saw it and realised that I would have to do things myself, put on shows, learn how it’s done. Women aren’t always good at self-promotion and we need to be.” She also saw that her talented friends weren’t making the headway they should, and co-founded FLOCK, a collective that showcased female talent during London Design Week. 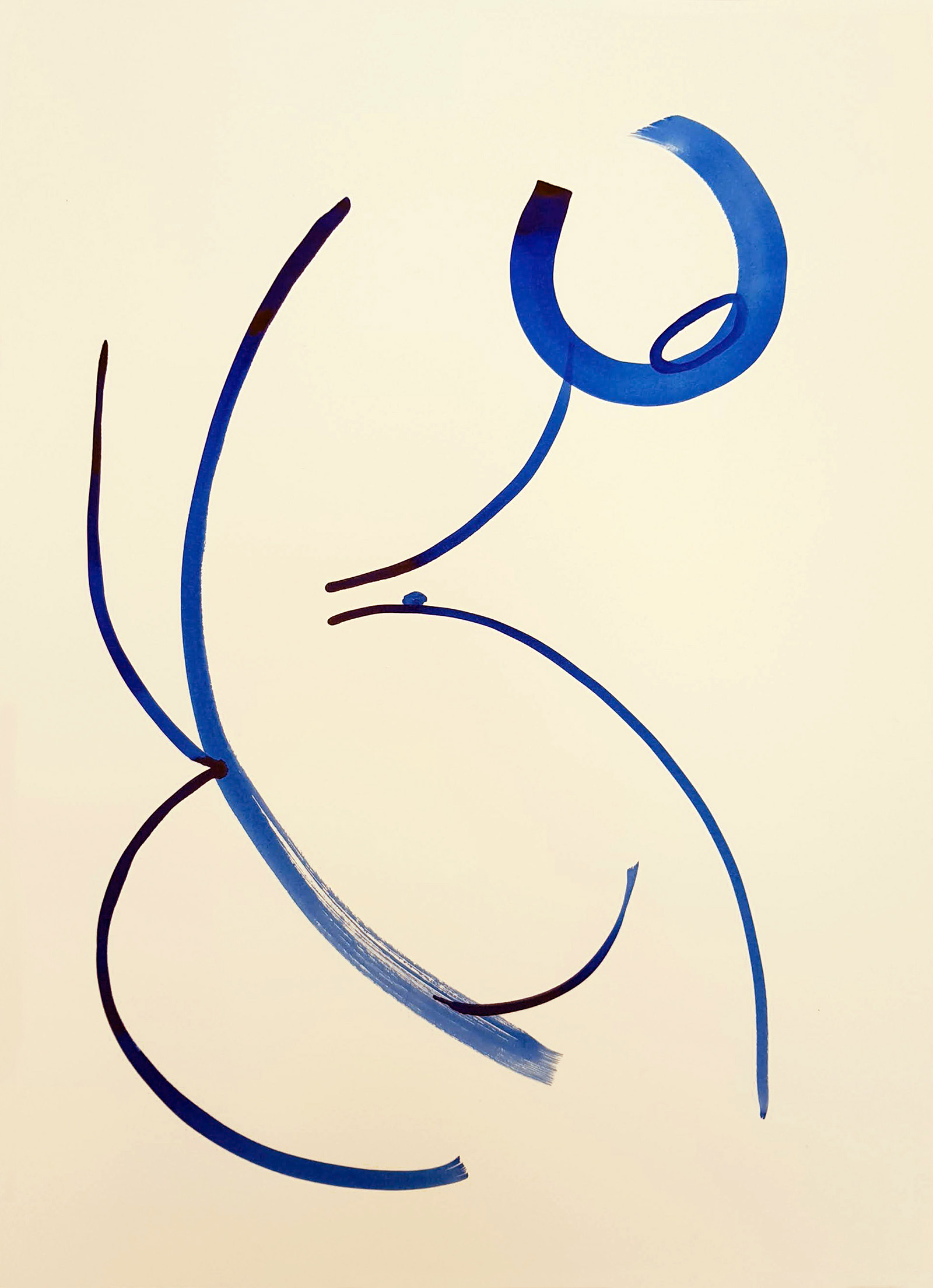 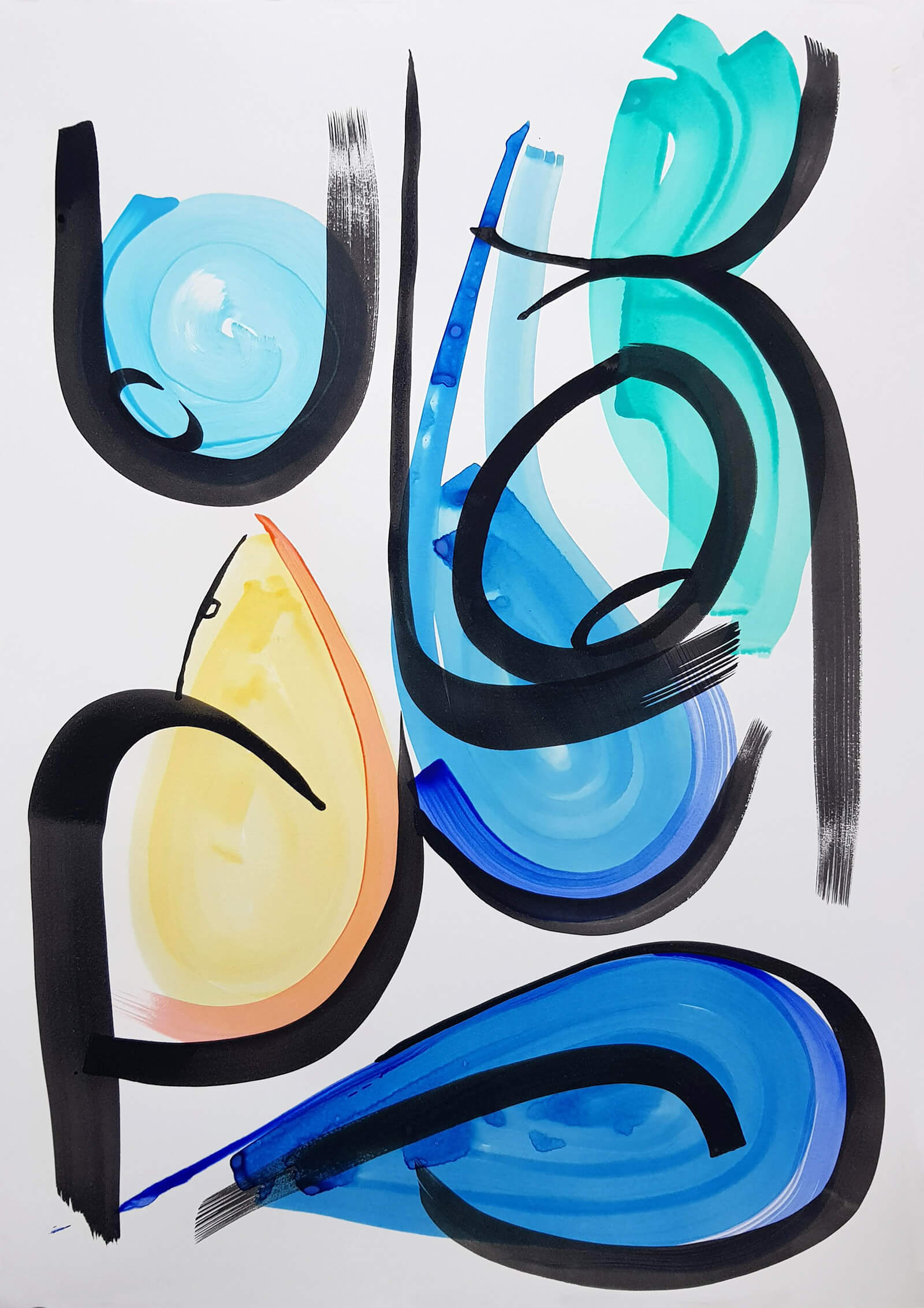 “… and were made for the #artistsupportpledge during lockdown”

FINANCING HER OWN design studio has been hard work, says Brewster, although private commissions have increased as her reputation has grown. One source of income for product designers is freelance work with major furniture brands, but when Brewster created designs for Swoon Editions in 2018, on the understanding that she would only be paid if they went into production, she heard nothing back and assumed they had not been successful. She was astonished, then, to find her cabinets for sale on Swoon’s website. Brewster was a self-confessed luddite when it came to social media, but after consulting a lawyer, she decided to post a video on Instagram explaining her situation rather than risk losing a court case and incurring huge costs. The response was immediate. “One minute I had 1,200 followers, now I have 16,000! It’s another world.” Swoon answered her posts with an apology and promised payment and “to ensure that this never happens again.”

Brewster’s increased profile might be a silver lining, but it saddens her that “so many people contacted me and said a similar thing had happened to them. This kind of thing is rife in the industry.” More encouraging, she says, is the empowerment of a new generation of designers through social media. “They don’t have to wait to be discovered, they’re doing it for themselves, going online, going viral, trending, setting-up collectives, networking like crazy. Networks used to be hidden – it was a closed shop – but now you can just google ‘black creatives’ or ‘female design network’.” Another major upside to the extraordinary access to information afforded by the internet is that museums are having to catch up, “or they won’t grow their audiences and will lose their funding”. They are certainly having to up their game in the wake of Black Lives Matter, but Brewster says, “It’s not that institutions have suddenly ‘woken up’. It’s about money – there is genuine interest growing every day and they have to meet that need.”

In terms of her own practice, Brewster is focusing on her jewellery because “it’s a very freeing medium. You’re playing with scale, shape and form, and people are comfortable with stories around jewellery. A ring is a marriage story; jewellery is inherited, invested with meaning. And, of course, jewellery doesn’t have to function, to carry a load, it can just be – Jewellery aligns itself with sculpture and art, it exists in every culture and is full of symbolism.” Brewster will soon be modelling one of her pieces in a Vogue feature and is working on several jewellery projects, but she says she will make at least one piece of furniture every year, “so that by the time I’m 80, I’ll have a really strong body of work.” 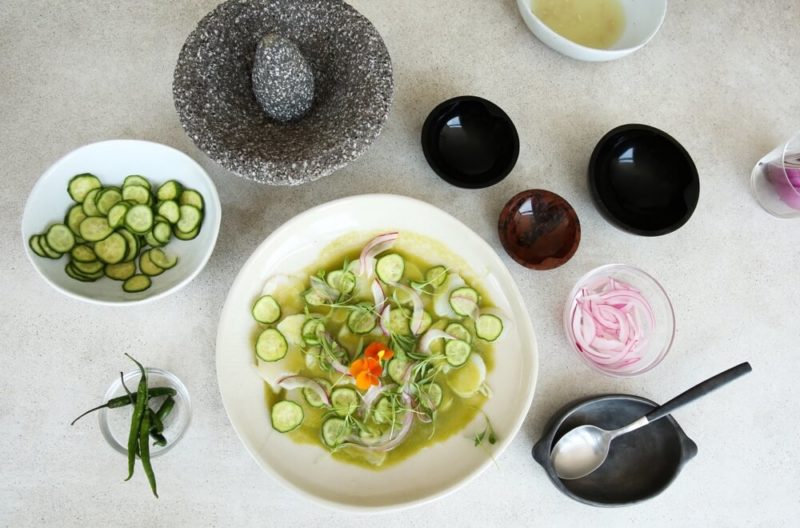 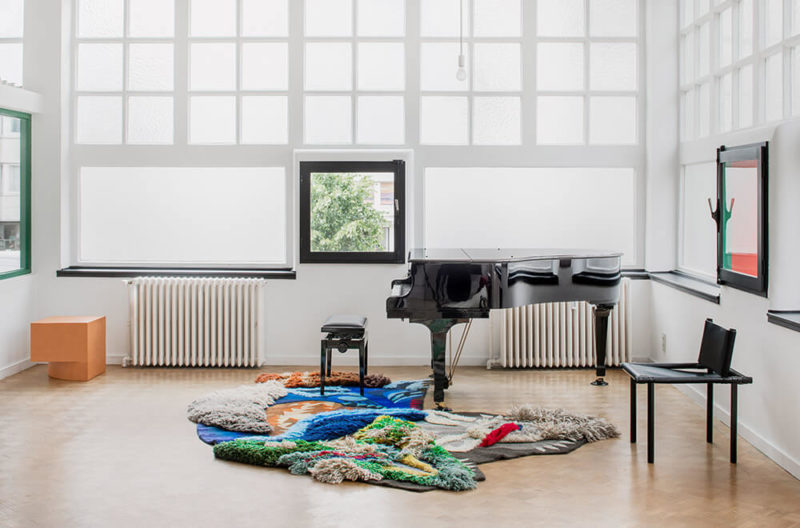