Back with a flourish: 10 design districts across the capital celebrating the best in design from across the world. 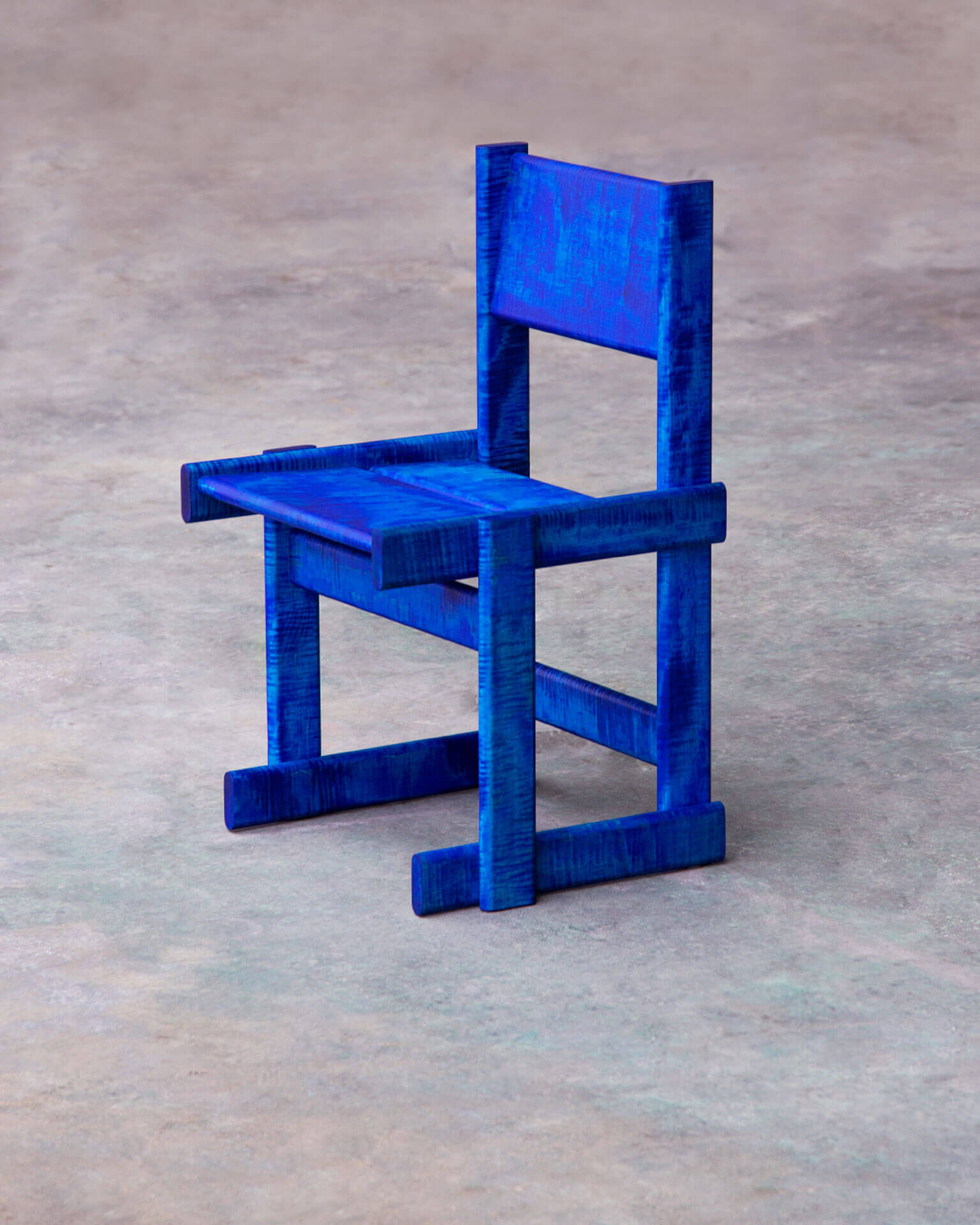 LAST YEAR, ALTHOUGH the London Design Festival (LDF) went ahead valiantly, it was a muted affair, dampened by social distancing and dominated by online presentations. This year, there’s a mood of optimism about the festival, which encompasses exhibitions, public installations, pop-up events and talks. LDF has now expanded to 10 design districts, including newcomer Design District at Greenwich Peninsula – a sign of the festival’s rebirth as a physical event. Despite participants facing setbacks triggered by the pingdemic and delays to deliveries of goods to the UK, LDF now looks set to be a “festival” in the true sense of the word. “It promises to be ‘a mega celebration’,” enthuses designer Jan Hendzel, co-organiser of Southwark South Design District. “With so much opening up in September, there’s lots of energy.” 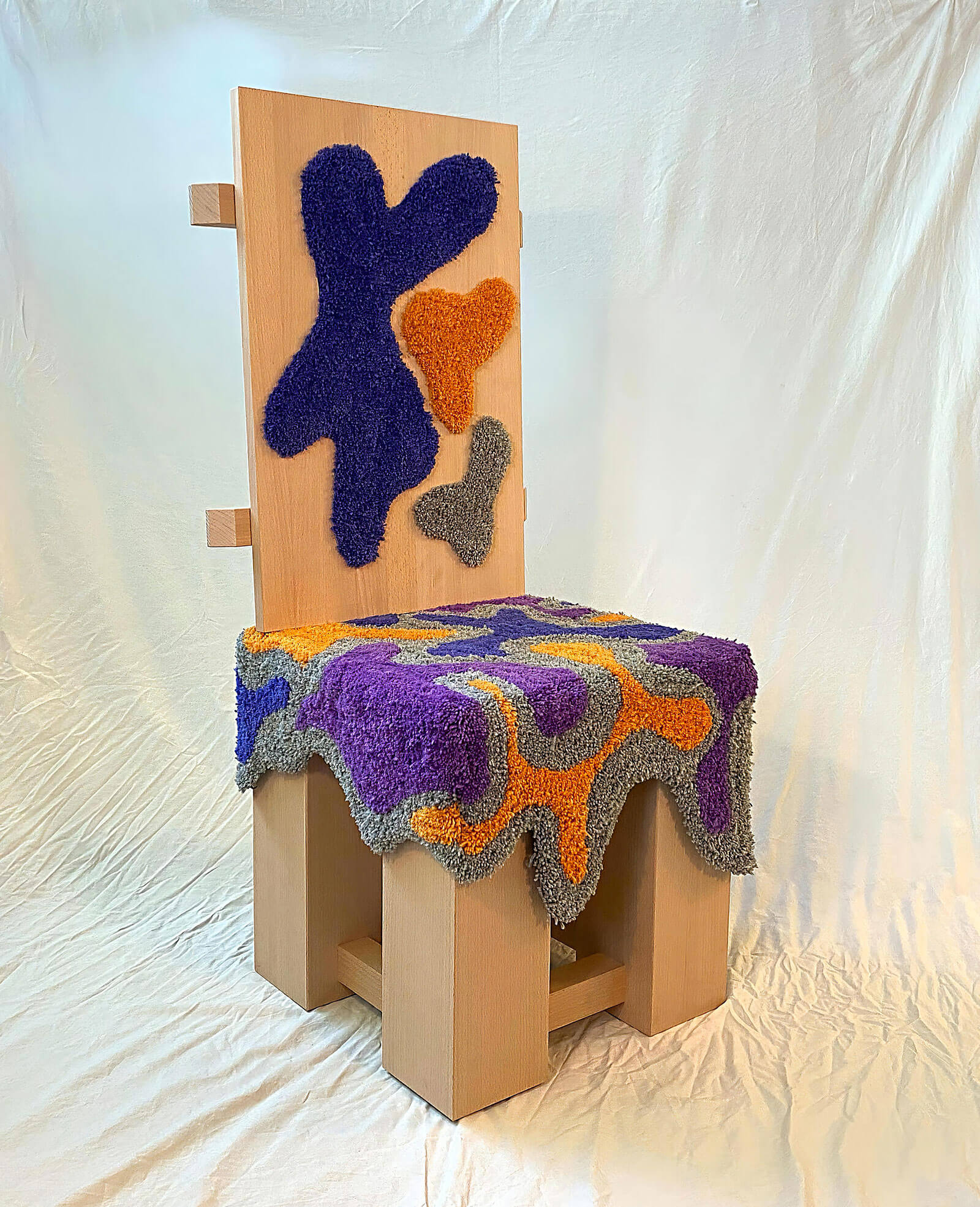 Brompton Design District
Founded in 2007, this is LDF’s oldest district. In contrast to its genteel environs, it hosts reliably conceptual, thought-provoking exhibitions, curated by Jane Withers Studio. This year, its overarching theme, ‘From Here Onwards’, will imagine what the future of design might hold in a post-Covid world. “As the normal is challenged on every front, Brompton asks what happens next,” says the studio’s founder, Withers. One show, ‘New Contracts’, will display work by graduates of the Royal College of Art’s MA Design Products course.

Another, mounted by London gallery SEEDS – called ‘Joy’ – will focus on vibrant colour, reflecting a broader trend today for uninhibited hues, hugely influenced, particularly in London, by greater diversity and multicultural influences in the design community. 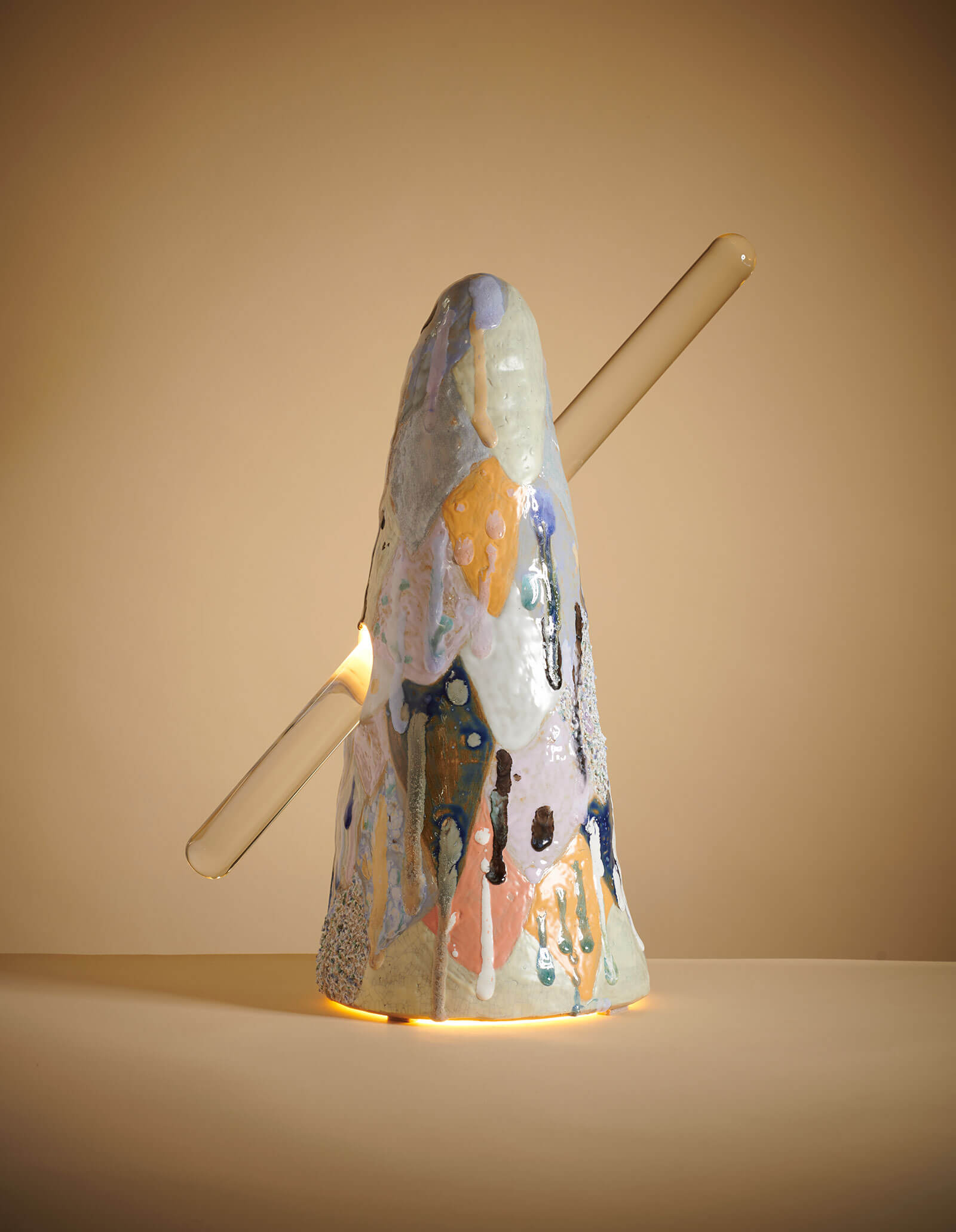 At ‘Joy’, whimsical forms and visceral finishes go hand in hand with groovy hues, epitomised by Attua Aparicio and Eusebio Sanchez’s idiosyncratic ceramics. “It’s inspiring to see very different responses to our theme,” adds Withers. “The designers at SEEDS take a gorgeously playful approach to form and colour to advocate injecting more joy into our lives.” 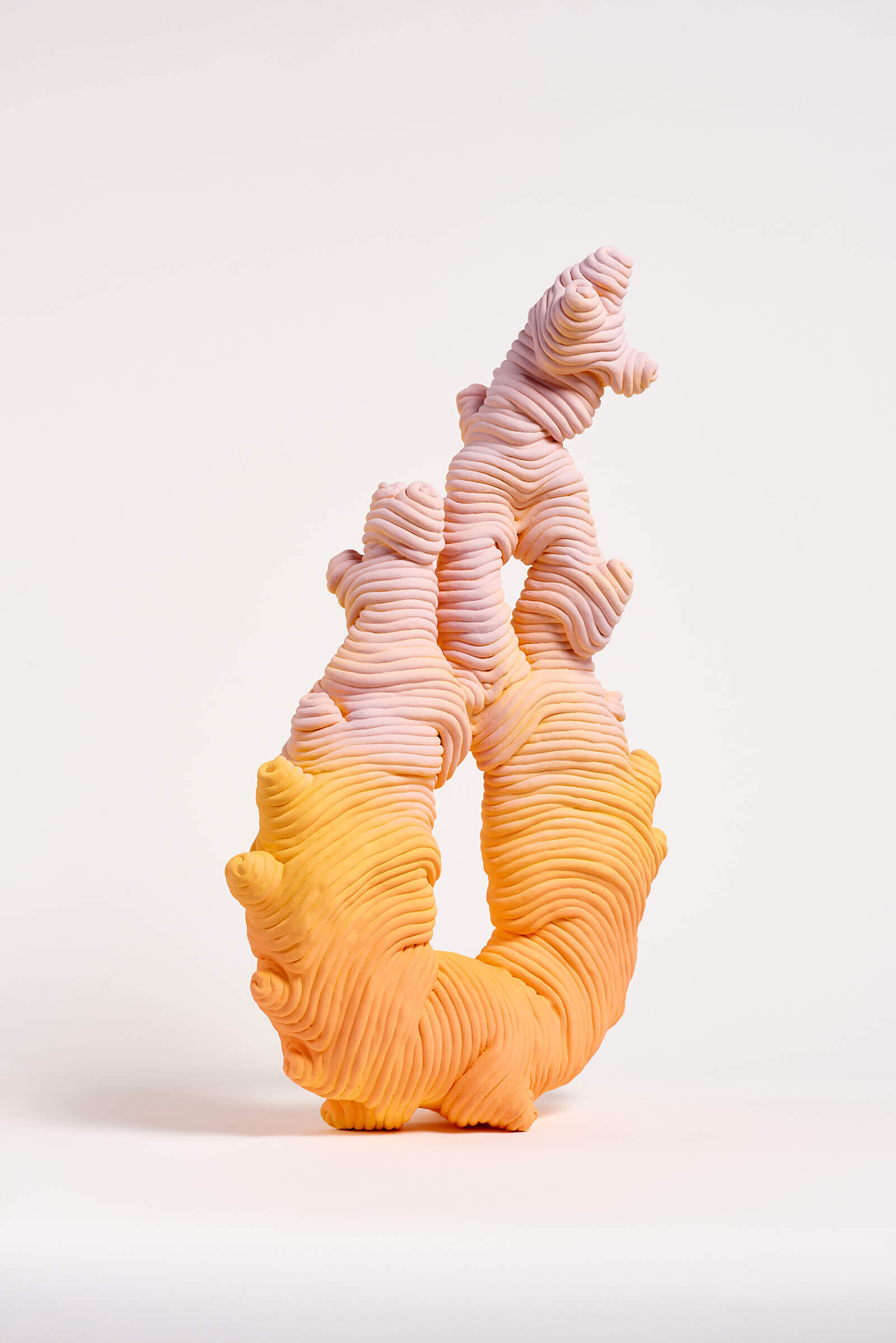 Another exhibition, ‘New Landscapes for the Post Normal Domestic’, will showcase Italian duo Formafantasma’s eponymous furniture collection. This is clad with their ExCinere tiles in moody green tones – with glazes made using volcanic ash from Sicily’s Mount Etna region by London-based architectural products firm Dzek. “The pieces have a strong architectural bias and are dual-functional – one is a bench incorporating a table – for use by two people,” explains Dzek’s founder Brent Dzekciorius. “They convey the idea that human relationships are symbiotic. We needed to isolate during Covid but now need to be with other people.” 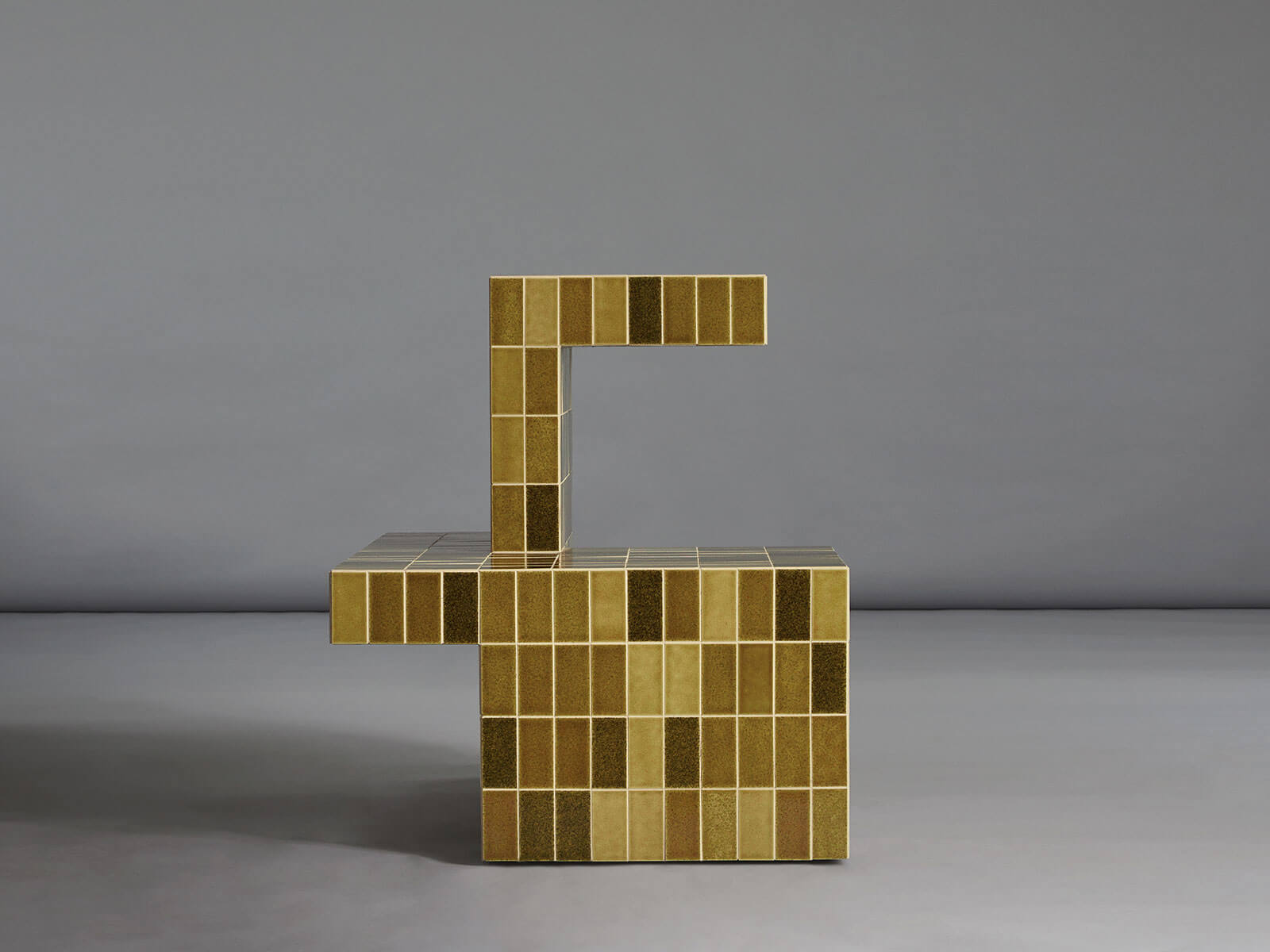 Another annual draw here are the experimental, large-scale installations surreally integrated into the Victoria & Albert Museum’s ornate interiors. This year, in the run-up to the UK hosting the UN climate-change summit, COP26, in November, these will zero in on the circular economy and a low-carbon future. One of these, called ‘Between Forests and Skies’, by design studio Nebbia Works, is an otherworldly, low-carbon pavilion constructed from thin yet robust aluminium sheets. It will appear to hover, mirage-like, over the reflective pool in the John Madejski Garden. 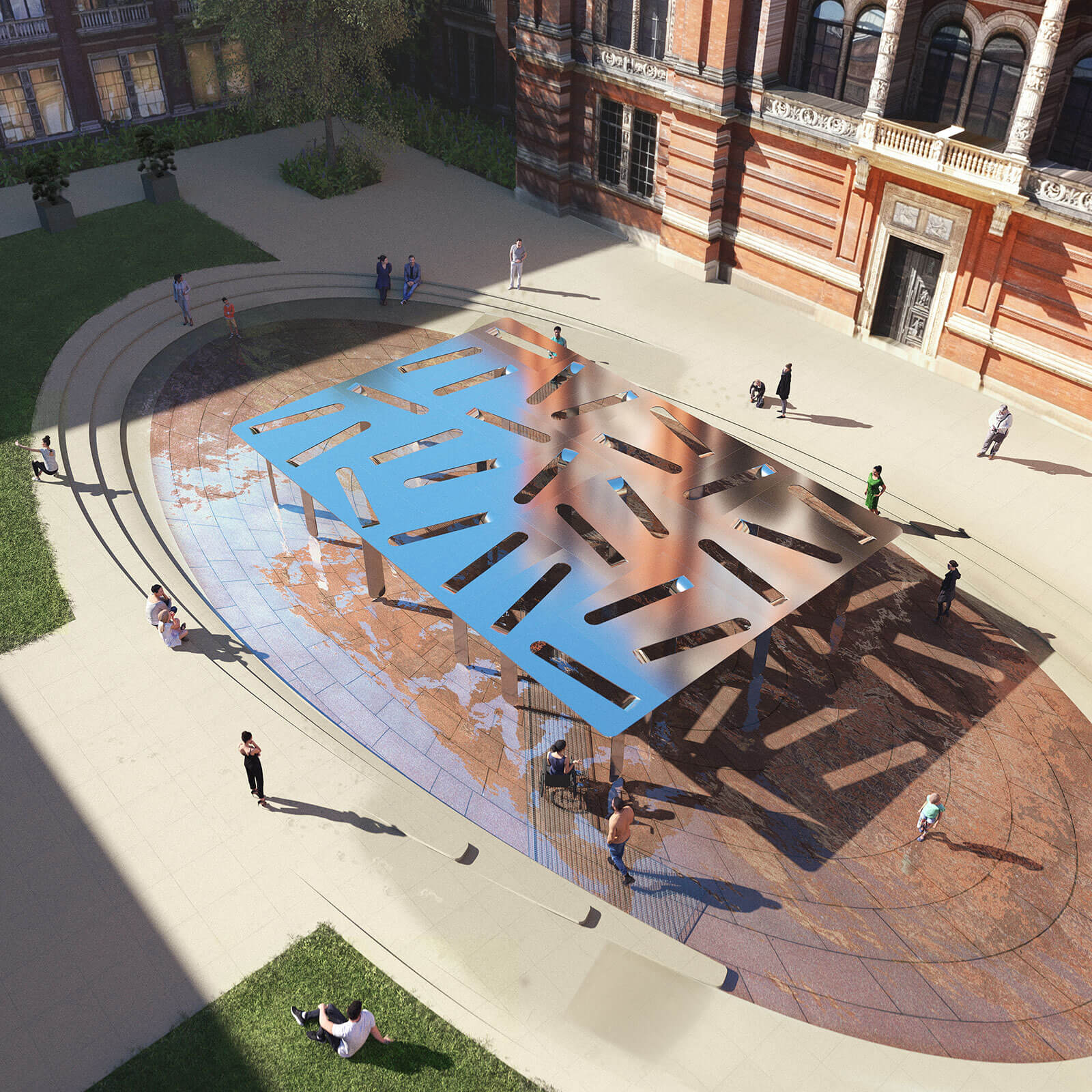 Design District at Greenwich Peninsula
New to this area are 16 buildings by different architects in a jazzy medley of flamboyant styles, designed as workspaces for creatives. Comparatively boxy, functional events venue Magazine London will host new LDF show Design London (from 22nd to 25th September). Slick mega-brands aside, one exhibitor is Turin-based Studio F, which specialises in furniture crafted from salvaged wood. “We scout for trees such as walnut, yew, cherry, mahogany and oak that have fallen or been chopped down illegally in the local Piedmont region,” say co-founders Federico Boschiazzi and Francesco Lucchetti. They will present their Chandigarh furniture, comprising chairs, tables and bookshelves – a homage to Pierre Jeanneret who designed furniture for the Indian city. 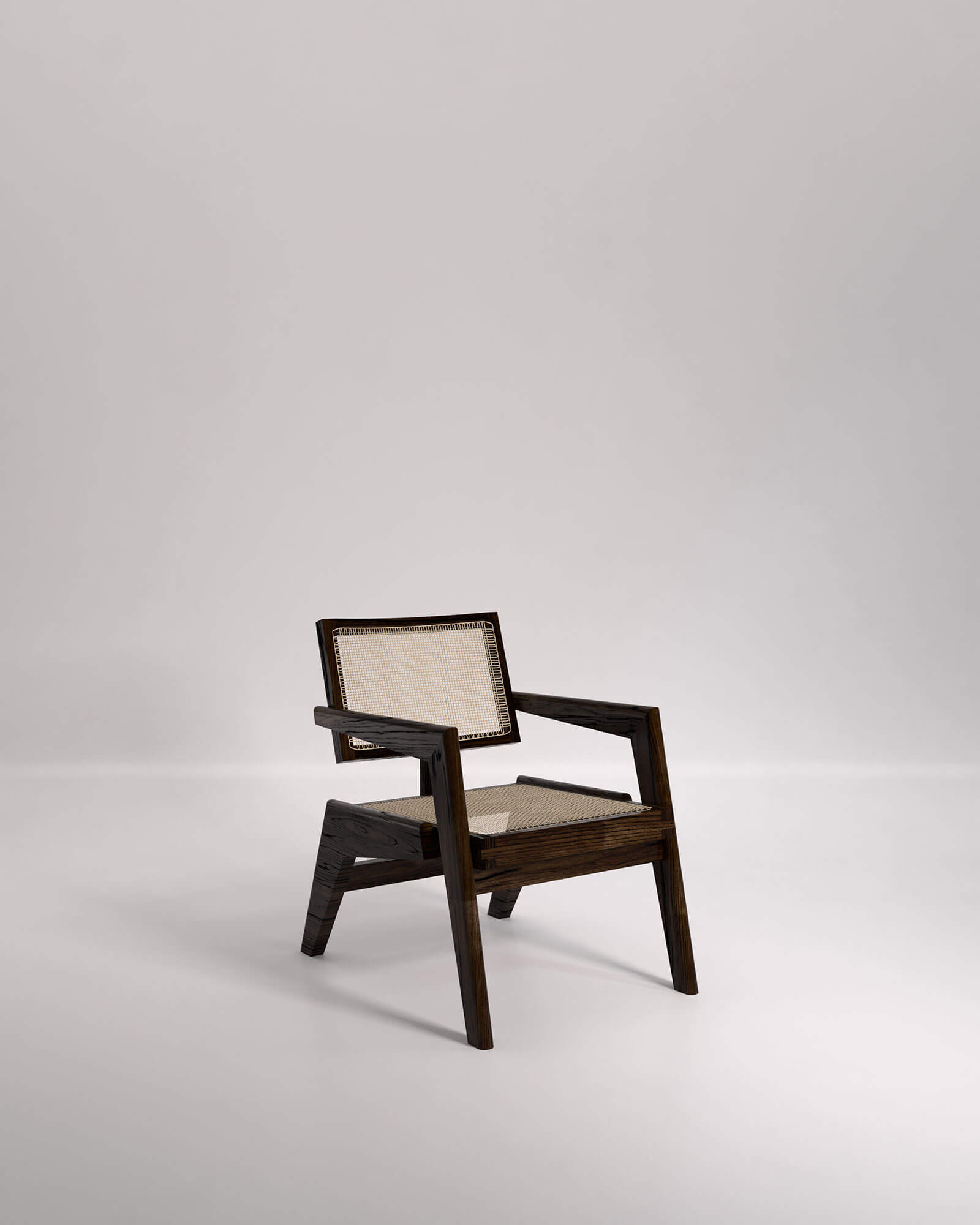 While recreating its original, 1950s forms – originally made from inexpensive, locally sourced teak – Studio F have added subtle, unexpected finishes, such as futuristic silver, although the wood grain remains visible. 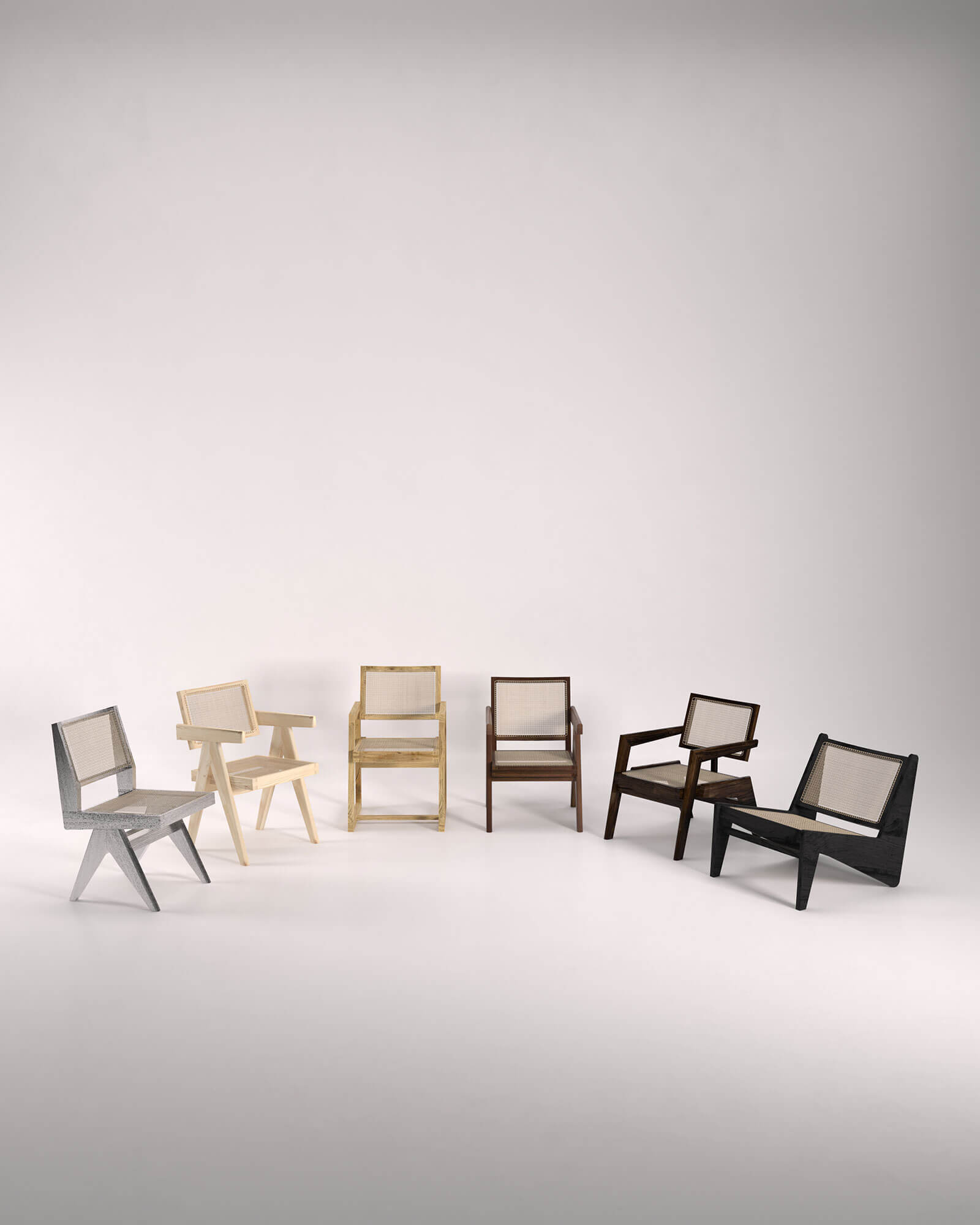 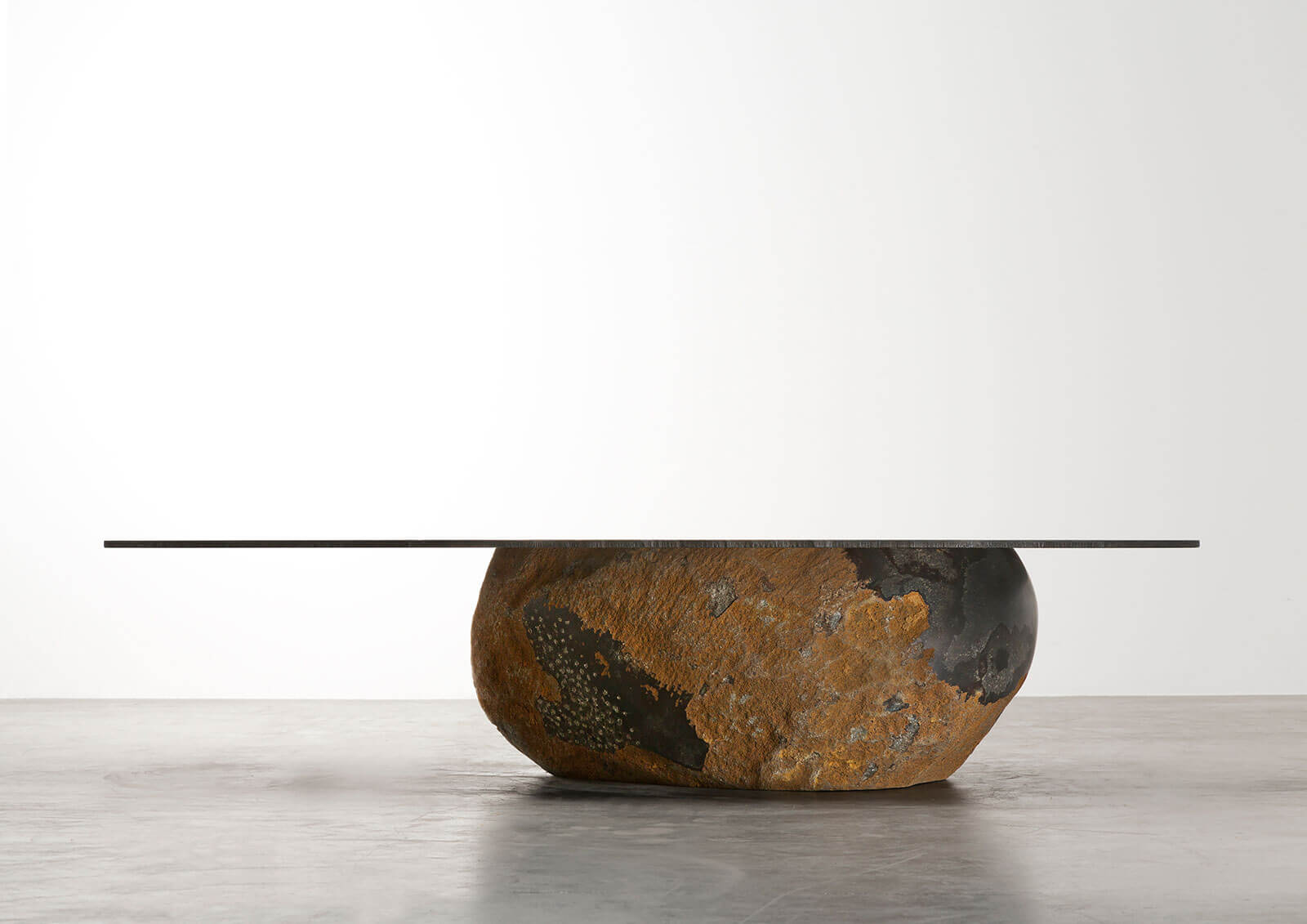 The manufactured look of the tables’ steel tops is accentuated by highly polished centres that nevertheless resemble lakes and so evoke nature. In fact, nature and culture aren’t polarised in these pieces. On closer inspection, they suggest an interplay between the two, says Park, who is influenced by Mono-ha, the 1970s Japanese and Korean minimalist art movement that paired ruggedly natural materials with artificial objects: “I wanted to combine the natural rock base with the man-made steel top and, examining them in cross-section, seek a third path between them.” 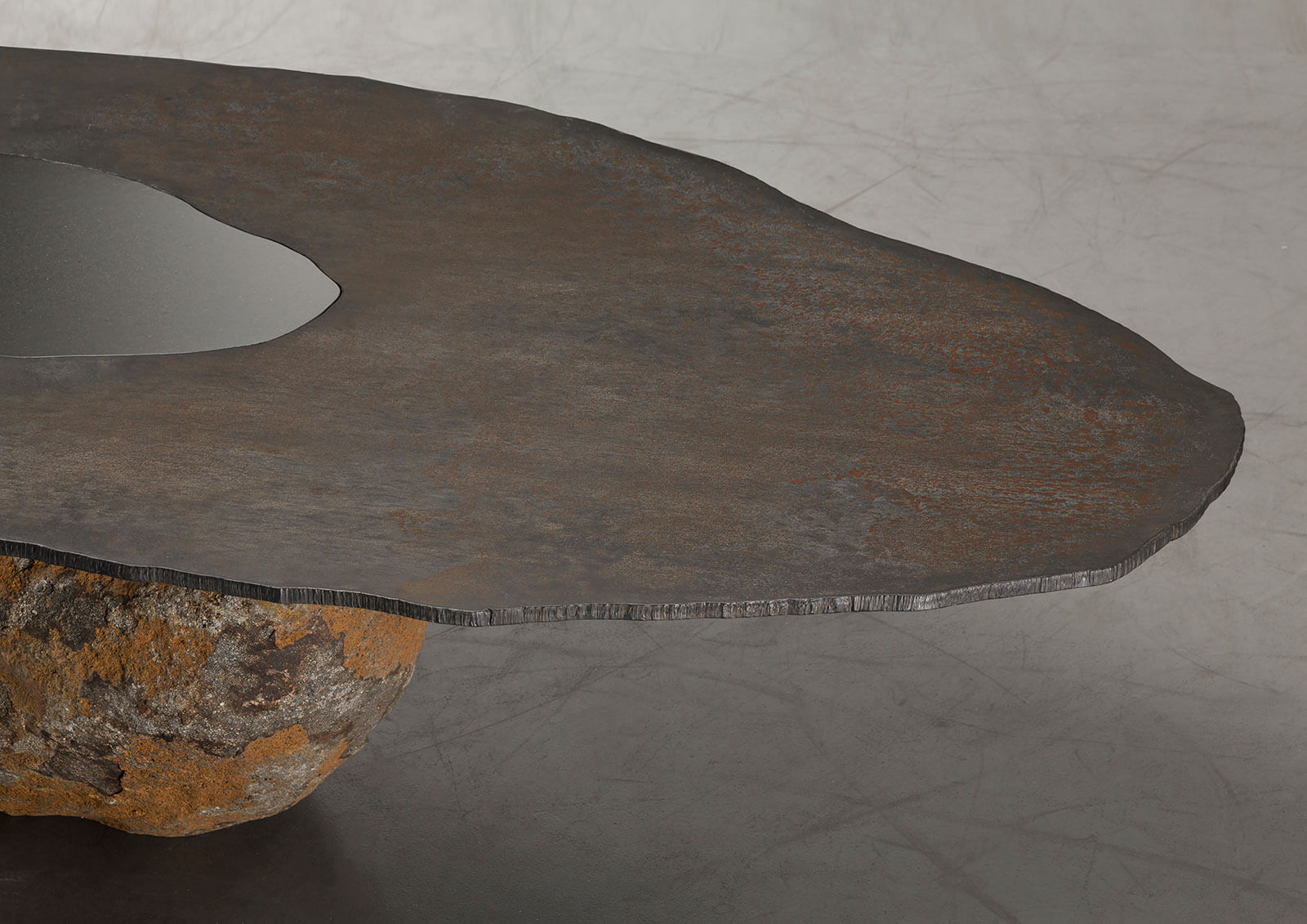 Fans of Galerie kreo will welcome news of its recent return to London: having closed its bijou Hay Hill space in Mayfair, it has moved to roomier premises on nearby Cork Street. Its inaugural show presents ‘Quobus’, a metal modular shelving system by Marc Newson that can be configured in myriad ways. Newson began collaborating with kreo over 20 years ago and there are echoes in ‘Quobus’ of Newson’s early work, namely his 1988 ‘Lockheed Lounge’ with its riveted aluminium carapace. Yet the Meccano-esque shelving, constructed of cubes linked by brass rivets, is more playful: its cubes come in sugared-almond pastels such as peppermint green and baby blue, evoking 1950s Cadillacs or Vespas (in addition to more classical black and white). 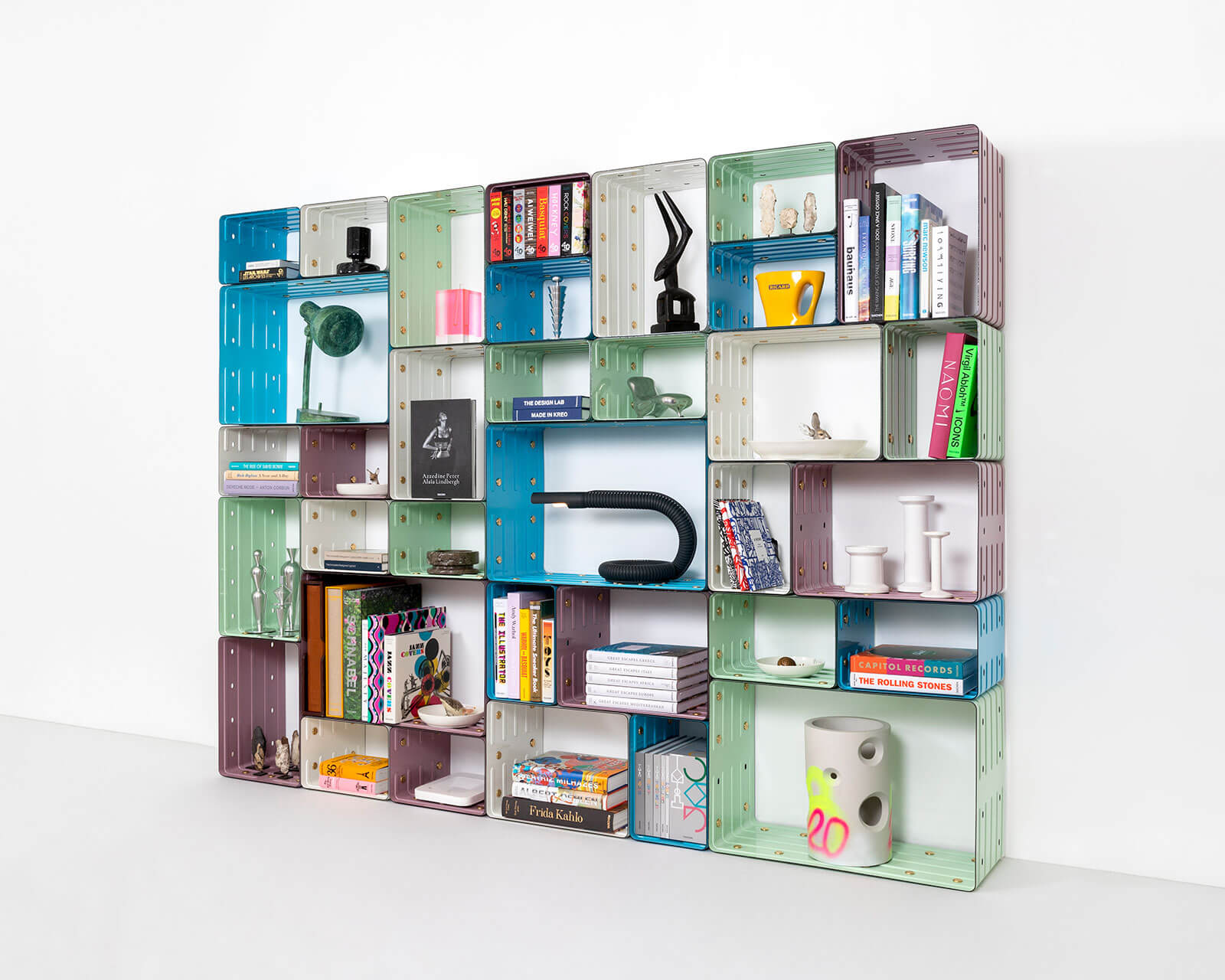 Shoreditch Design Triangle
ADORNO, the Danish firm that showcases innovative limited-edition design cherry-picked from countries around the world, will have a strong presence in Shoreditch. Sounding like Eurovision contestants, designers hailing from Lithuania, Estonia, Latvia – countries grouped together in the exhibition, ‘Tactile Baltics’ – and the Netherlands and Sweden will display furniture, textiles, lighting and ceramics in galleries on Dray Walk, off Brick Lane. “Our theme this year is ‘Designing futures’,” says Martin Clausen, co-founder and creative director of ADORNO. “All designers were chosen for their inventive use of sustainable materials and techniques – from vessels made of 3D-printed sand by Dutch duo Rive Roshan to Lithuanian designer Agne Kucerenkaite’s textiles dyed with pigments derived from non-toxic industrial waste.” 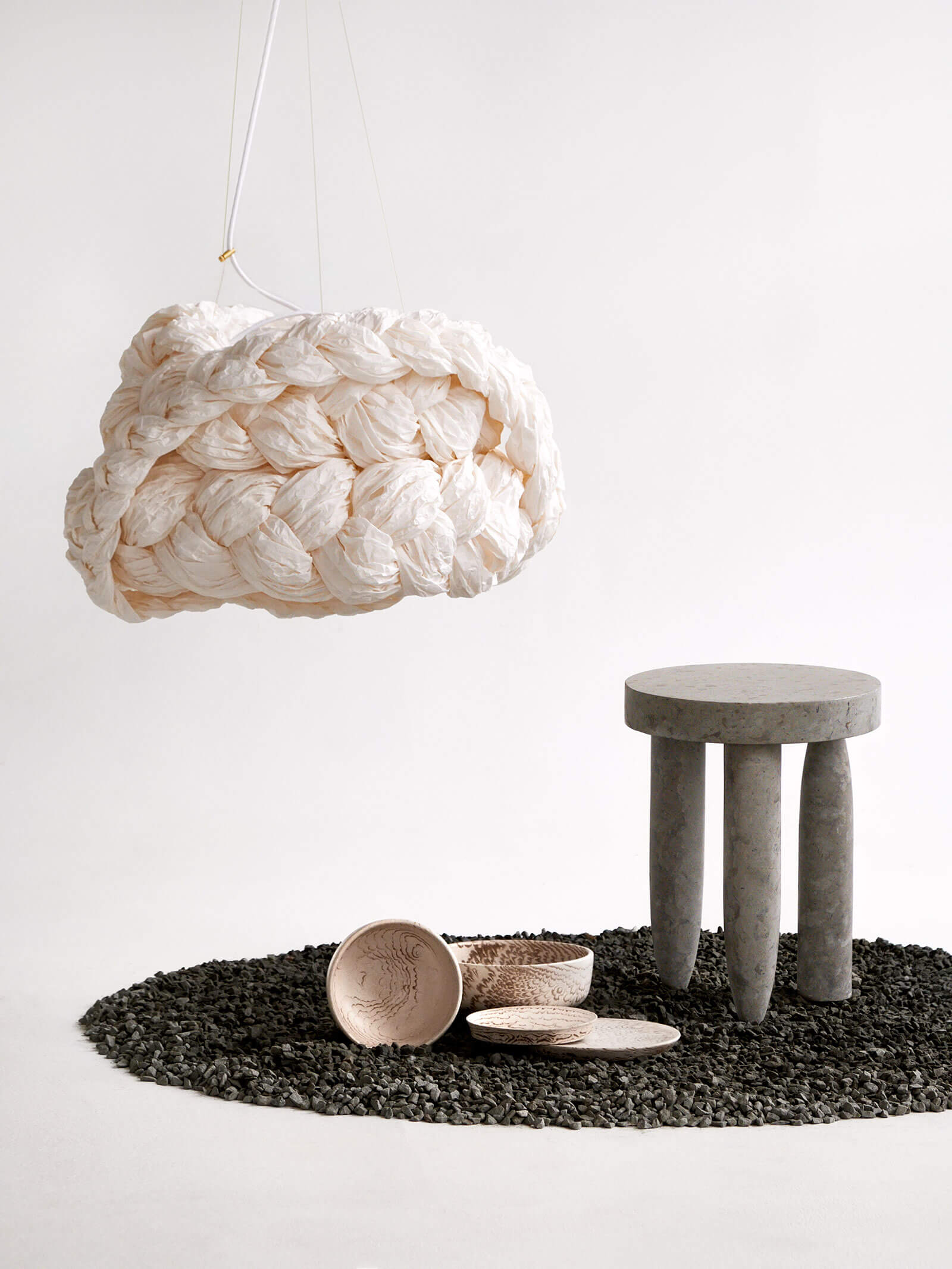 Southwark South Design District
An expansion of the Peckham Design Trail established in 2020, this district encompasses Peckham, Old Kent Road and Camberwell and spotlights limited-edition and one-off pieces created in Southeast London. Striking examples can be seen at ‘Against The Grain’, a group show at Peckham’s Copeland Gallery, organised by Fels, which holds exhibitions and commissions art and design, and Jan Hendzel Studio.

Hendzel, a furniture maker for whom sustainability is paramount – his finely crafted pieces are mostly made from reclaimed wood – is showing a new iteration of a piece from his ‘Bowater’ collection, made of homegrown ash and sycamore and featuring a decorative, rippled front. The new version is made of oak and cedar. Its rich, tawny tones are partly achieved by using a technique called thermal modification usually used, to less romantic ends, for outdoor cladding. This “caramelises the natural sugars in the timber”, as he puts it. The wood is then oiled. 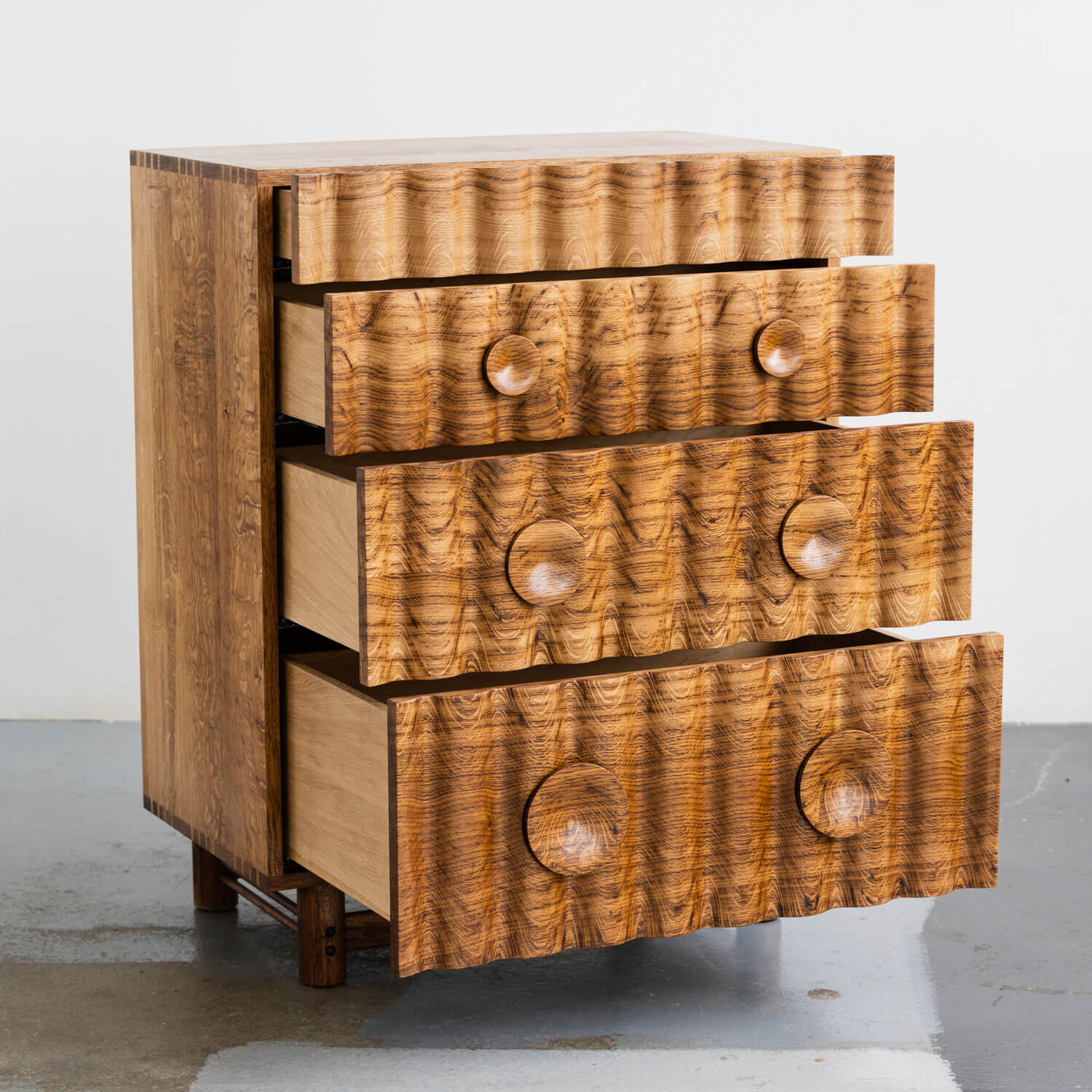 Hendzel’s savviness with woodworking might seem nerdy but it’s driven by passion – he enjoys exploring the possibilities of esoteric joinery, as another piece on show, a one-legged dining table made of Scottish elm, demonstrates: its bulbous leg is formed using staving, a technique similar to that deployed by coopers to make barrels.

The original focus of ‘Against the Grain’ was wood – as the title suggests – but it later broadened its remit to include sustainable design made from other materials, too. Designer Stuart Haygarth – a pioneer of upcycling, who manages to give it a theatrical twist – will unveil his new ‘Icicle’ chandelier, dripping with reclaimed cut-crystal vases, glasses, plates and decanters. 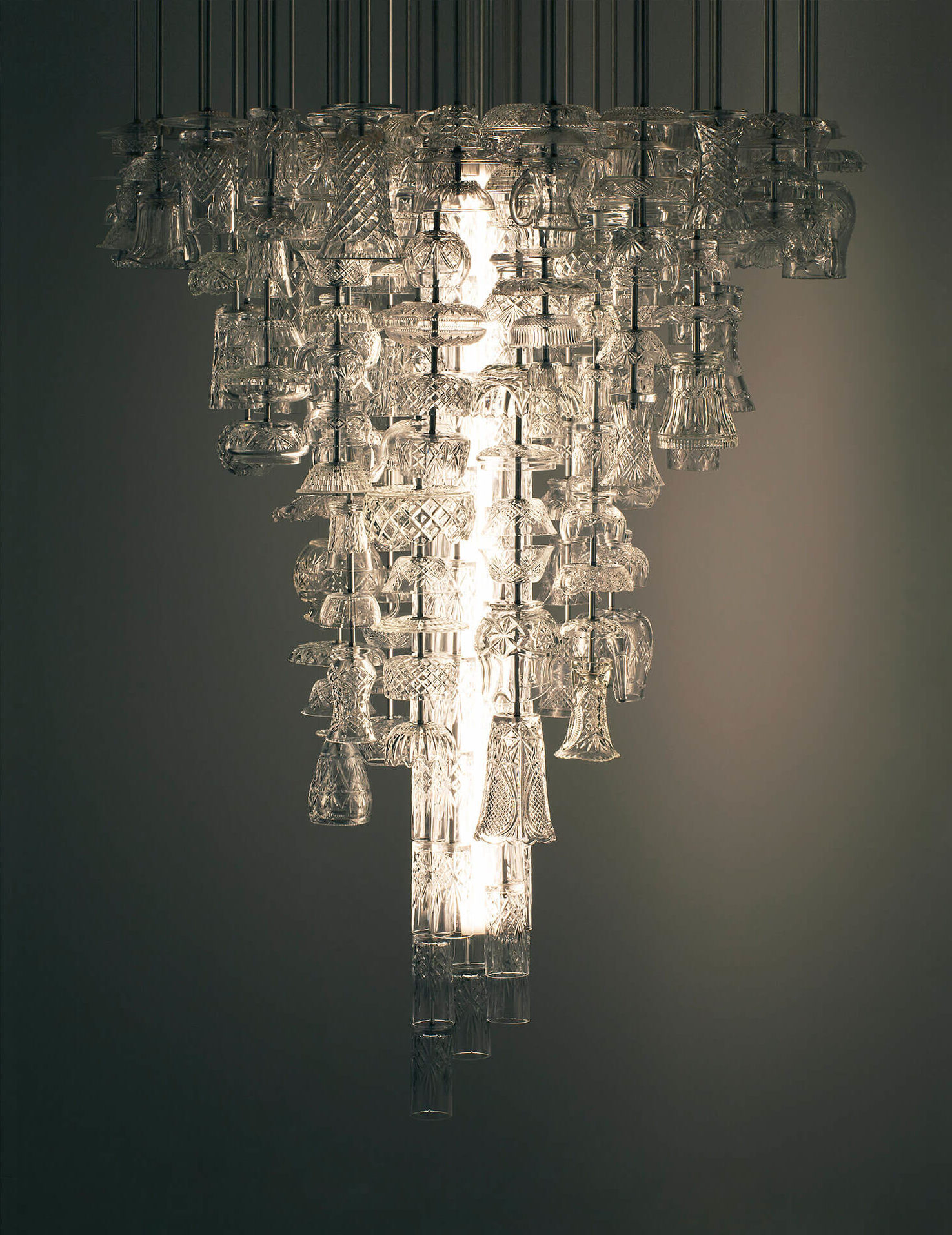 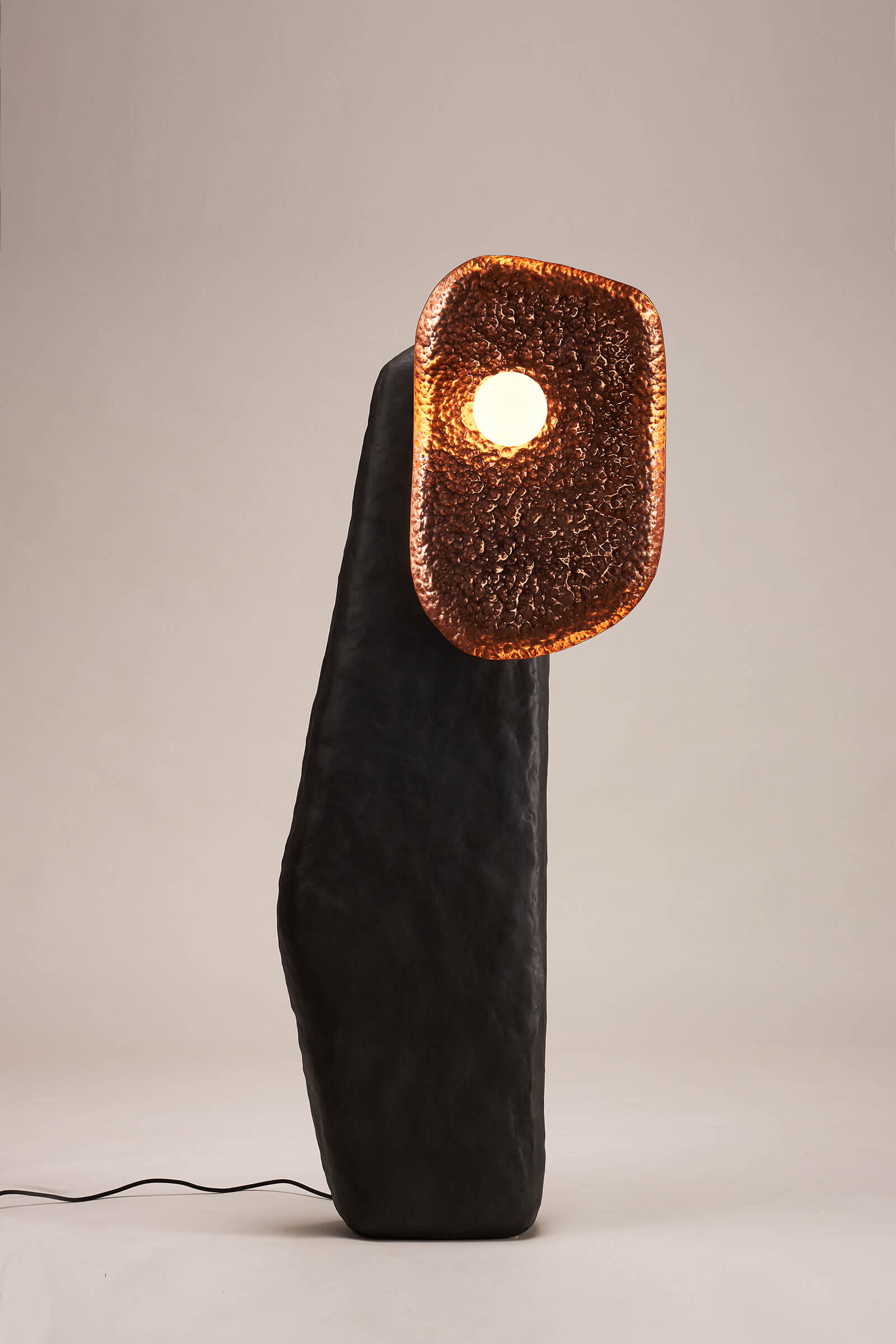 Few visitors will make it to every corner of this expansive festival. But for those who try, there is one additional amusement. Jan Hendzel Studio has joined forces with the American Hardwood Export Council, Benchmark and designer Sebastian Cox on a project called ‘Designposts’ – wooden public sculptures created by 10 design students for all 10 districts, each one designed to capture the area’s individual character.  The Designposts act as beacons, signalling to festival goers that they have arrived at an LDF design district, and serving as a natural starting point from which to explore the other projects and installations within it. 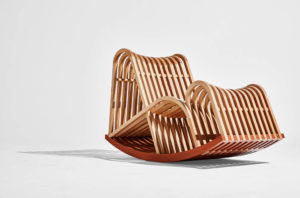 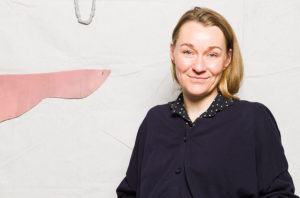 People
Milan / Marie Herwald Hermann
Following a colour-saturated exhibition in Detroit, the ceramicist has been shortlisted for the Officine Saffi Award in Milan.
By Osman Can Yerebakan 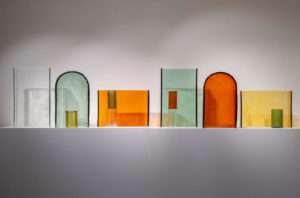 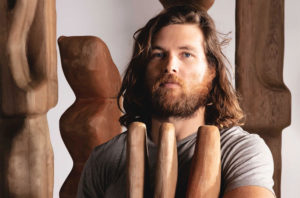 People
Casey McCafferty
From a family of masons, he gravitated towards wood where his sculptural skills and bold imagination have put him at the forefront of the contemporary Studio Craft Movement.
By Brecht Wright Gander
The Design Edit
For Collectors and Dreamers
Read
Connect
Legal
Join Our Bi-monthly Mailer
Follow and Share
© 2021 The Design Edit.
All Rights Reserverd