WHEN I FINALLY track down Joseph Grima, he’s in transit – on this occasion, on a train from Milan to Genova – which is hardly surprising. As the creative director of the Design Academy in Eindhoven, as well as director of his own operation, Studio Caviar in Milan, he’s rarely in one place for long. But perhaps his most permanent presence is to be found back in Milan, his adopted city where he lives and works in an old industrial building near Piazza Loreto. This year, during the furniture fair (or Salone), in April, a new exhibition tracing the development of Italian design in the postwar period opened in the Triennale building. It is so permanent that it is called the Museo del Design Italiano (Museum of Italian Design), and occupies a slender snaking space of 1200 m2, originally designed by Giovanni Muzio, where over 200 objects – some ridiculously iconic, some more obscure – are arranged very simply on white pedestals. “It was very complicated dealing with such a glorious design history, and one that’s so close to the cultural identity of the city,” says Grima who, as the Triennale’s chief curator of design was largely responsible for the show. “I felt the only solution was to allow the objects to speak for themselves.” 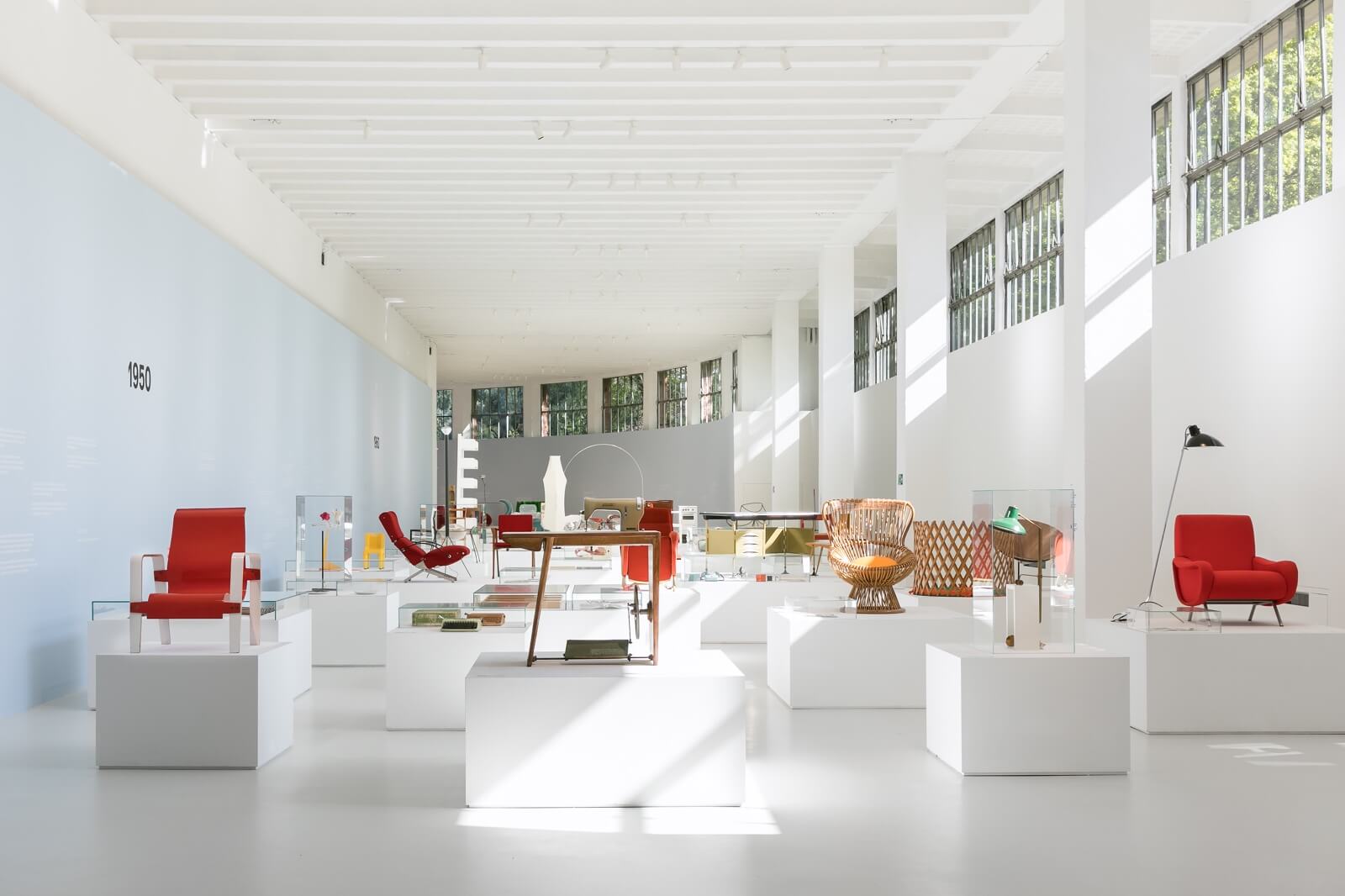 He’s also been busy in Matera, the extraordinary Italian city where cave dwellings dating from the paleolithic period are still inhabited, and which is currently a European Capital of Culture. In the role of artistic director, Grima asked five artists to unravel its unique social and architectural history by delving into its archives and collections. There’s a project underway in the Azores too, a cluster of islands still under Portuguese protection that sit between Europe and America, where Grima and his team are endeavouring to create materials from local resources first, and then structures second. “The idea,” says Grima, “is to return to a more primitive form of architecture, where both materials and form are specific to the place.” 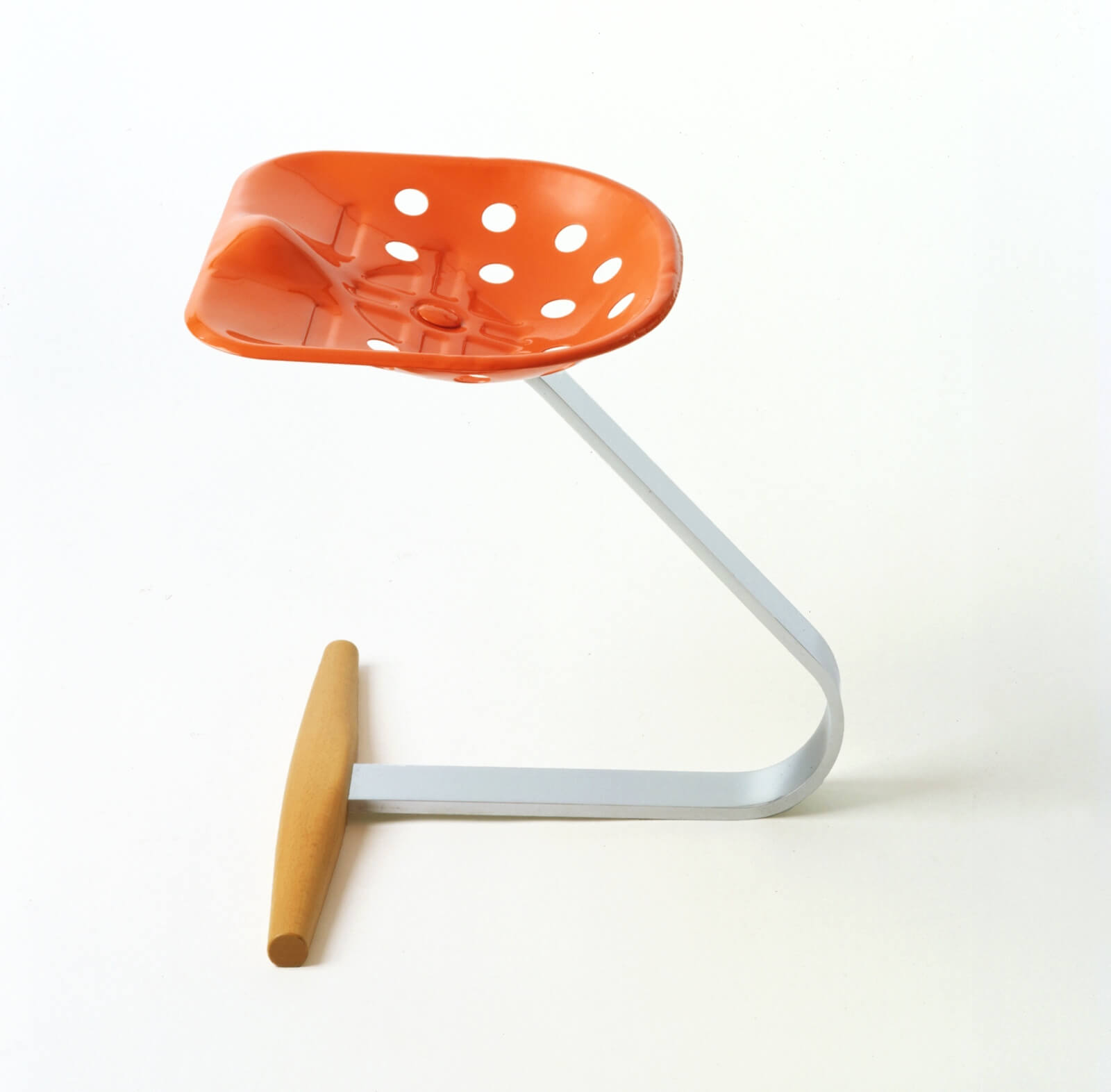 Elsewhere in Milan in April, Grima’s presence could also be clearly seen at the big warehouse space of design gallery Nilufar, where the work of ten young designers was displayed in big inflatable bubbles. “That’s part of an ongoing project, really,” says Grima. “I’m fascinated by the viability of the utopian architecture of the 1960s and 1970s, the idea that the future of architecture was in thin films and polymers and inflatables. This was a sort of tribute to that way of thinking.” 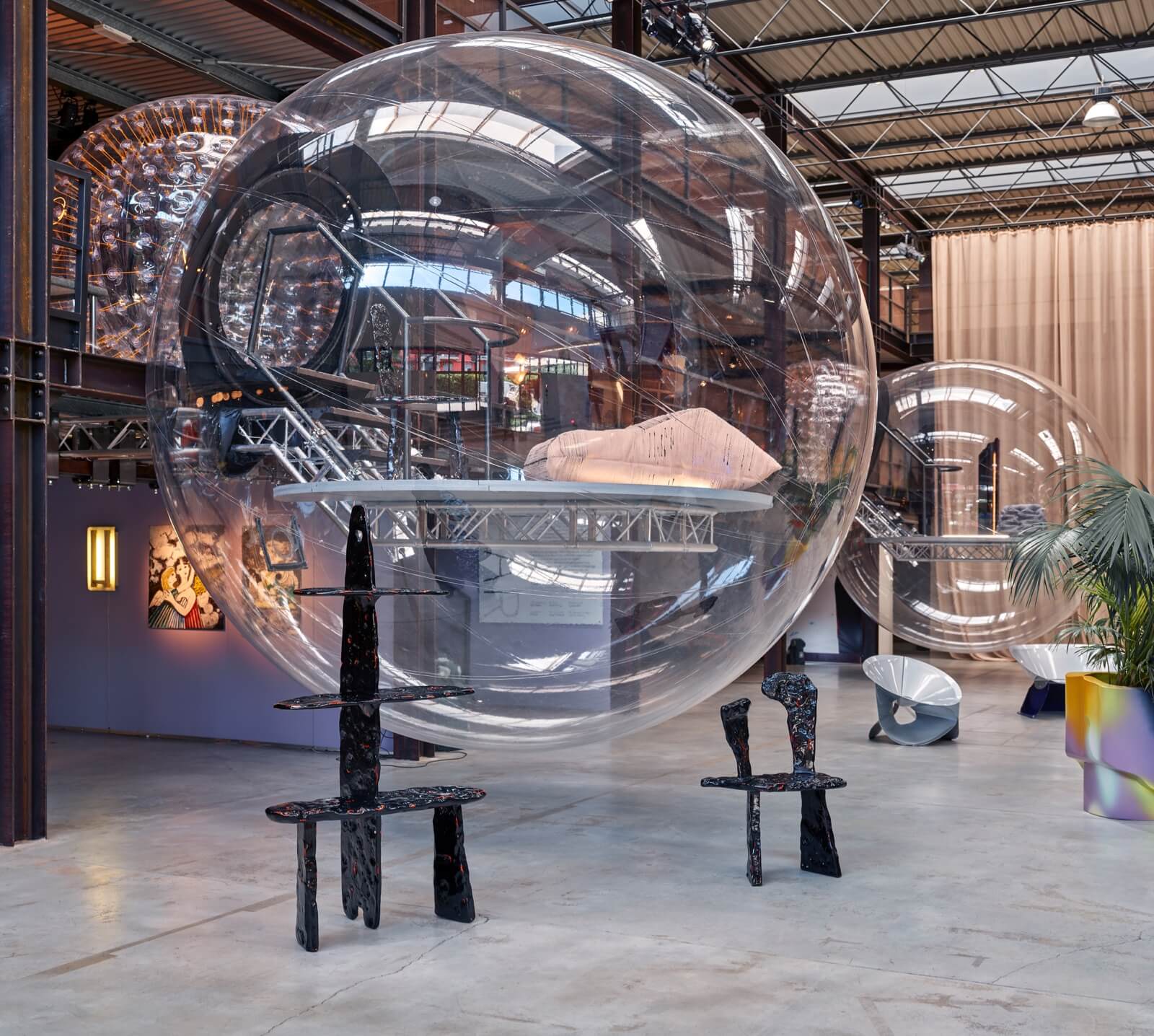 It was, in fact, just this fascination that took Grima to the Architectural Association in London in 2003, where he was able to study under Cedric Price, the architect and polemicist whose raison d’être was to free architecture from its beaux arts constraints. “He was the reason I wanted to go there, and the small amount of direct contact I had with him was completely inspiring,” says Grima of the author of the now-famous, though never built, Fun Palace, who died later that year. “I’ve always believed that architecture doesn’t have to take the form of buildings. The responsibility of the architect can be carried out in many ways.”

GRIMA, NOW 42, is British by nationality, born to a British mother and Maltese/Italian father. The family moved to Italy when he was ten, and Grima grew up on a farm near Assisi, where his parents aimed to live a sustainable sort of “Good Life”. He says that he’s been interested in off-grid living ever since and that the experience gave him an appreciation of both beauty and simplicity. “I have only good things to say about growing up there,” he says. “Assisi is a beautiful hill town, with a small community, but also very cosmopolitan. It’s mystical and magical. Fascinating figures from the international art world seemed to come through all the time. I think I was incredibly lucky.” 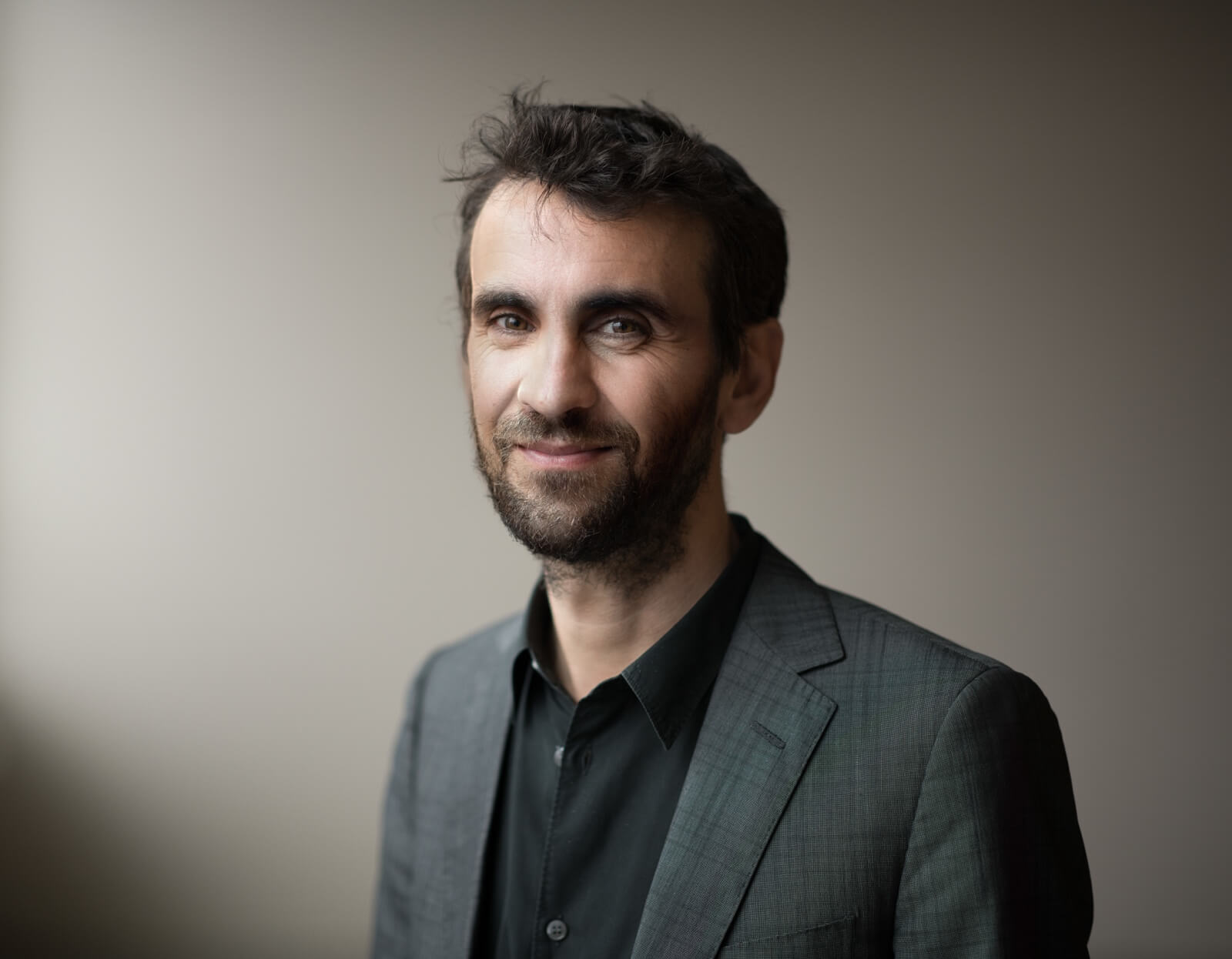 Grima’s CV is an impressive sequence of creative roles and interventions. From 2007 to 2010, he was the director of Storefront, New York’s most adventurous, non-commercial art and architecture gallery. During his time there, he oversaw the restoration of its historic 1993 facade, designed by Vito Acconci and Steven Holl, and opened pop-up Storefronts in LA and Tianjin. By 2011 he had become the youngest ever editor of Domus, the grand dame of architecture magazines (traditionally a two-year tenure), which he followed with the artistic direction of the Biennale Interieur in Kortrijk in 2013  – an always impressive event in a tiny Belgium town. In 2015, he delivered Chicago’s first Architecture Biennale (its 3rd iteration opens in September 2019). And in 2017, he accepted the position of creative director and chairman of the executive board at Eindhoven, the Dutch design school that, along with the Royal College of Art in London and ECAL in Lausanne, had been the most prestigious European design school throughout the nineties and noughties.

Since a major shakedown in 2012, when three heads of department left the school after disputing new organisation that put administrators in charge of admissions and course content, some have considered Grima’s role there as something of a poisoned chalice. Grima, however, clearly majored in diplomacy as well as architecture. “They have just split the role of director at the academy,” he explains, sidestepping the controversy. “So now there are three of us dealing with administration, organisation and buildings, and the creative side.” His approach to the syllabus certainly sounds robust and timely. “We need to define what society will need from designers in the future,” he says, “to look at the international landscape and see how, as designers, we can be most useful. We’re moving away from the idea that design equals the production of an object. We’re more interested in the designer as the strategic figure, looking at things at a systemic level, not talking about industrial design but things, or ideas, to enable people.” Under his tenure, student projects have included a study of every house burnt down as a racial crime in Germany – a visualisation of a political situation – and the synthesisation of materials, including pigs blood, into a plastic. 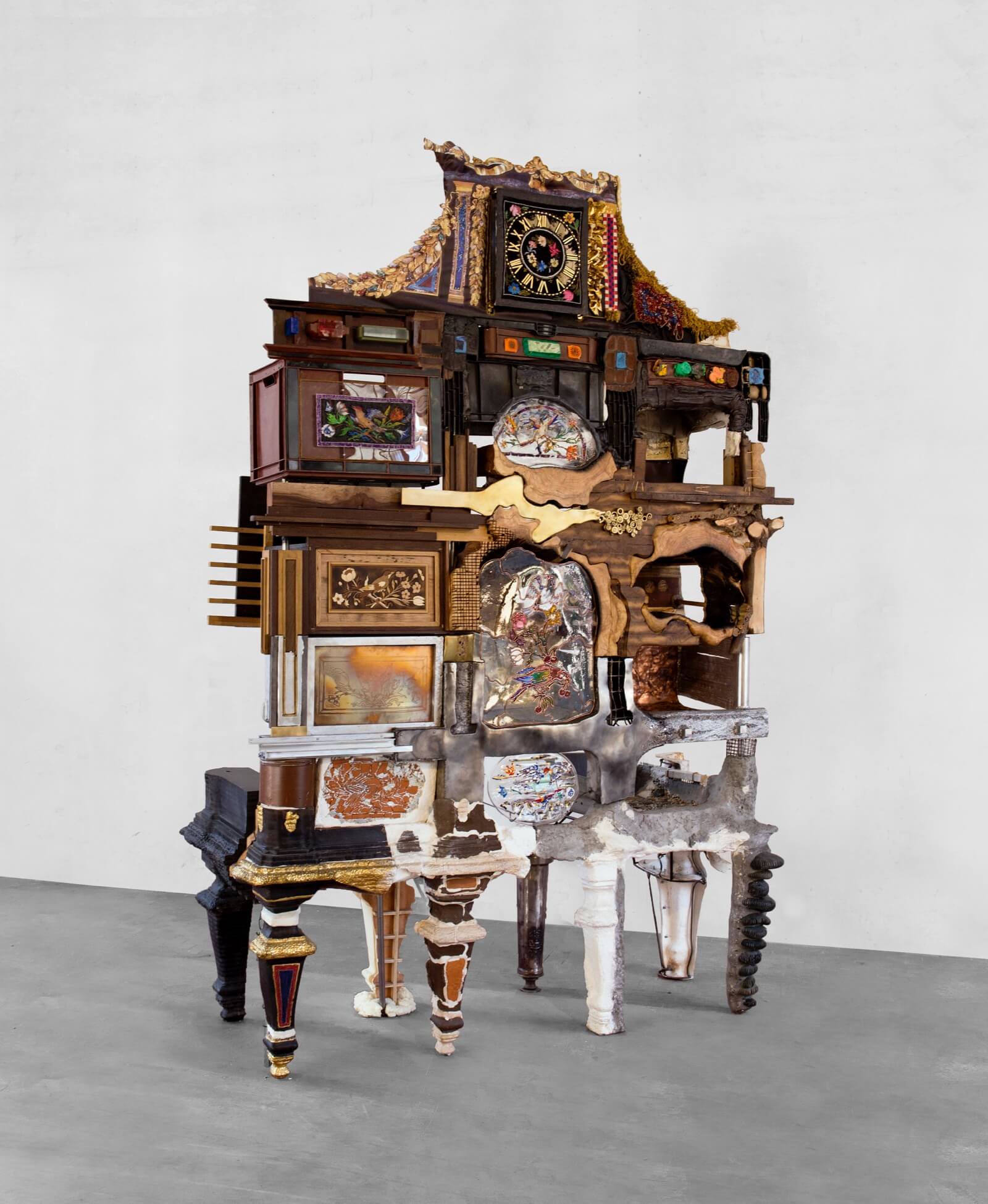 Not that craft and the object have been entirely removed from the equation. One graduate, Kostas Lambridis – whose flamboyant ‘Elemental Cabinet’ was a star piece in the Academy’s 2017 show – worked briefly for Grima. “But now he’s gone back to Greece, set up a studio there making unique pieces and is having a brilliant life, and exhibiting his work in galleries.” 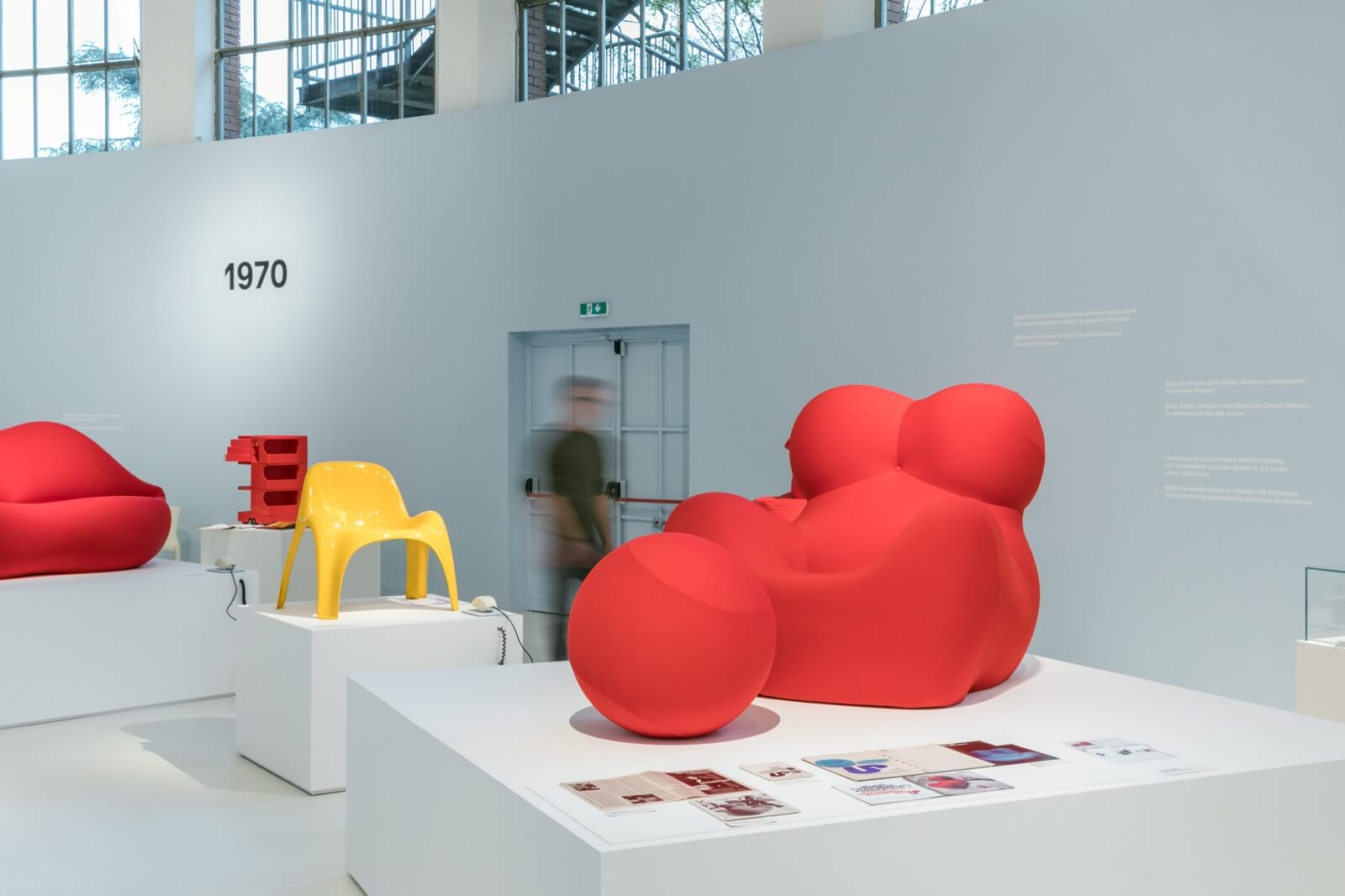 If Grima’s focus is largely set on the future, the Triennale exhibition is completely historic – encapsulating a unique moment in time when fresh new objects, and materials, heralded a new Italy of optimism and change. The 200 or so exhibits, which date from 1946 to 1981, are taken from the Triennale’s permanent collection of 1,600 pieces. Among them are classics including Gaetano Pesce’s inflatable ‘Up’ chair, Sottsass’s ‘Valentine typewriter’, and key works by the greats of Italian 20th century design: Mendini, Castiglione and Colombo. 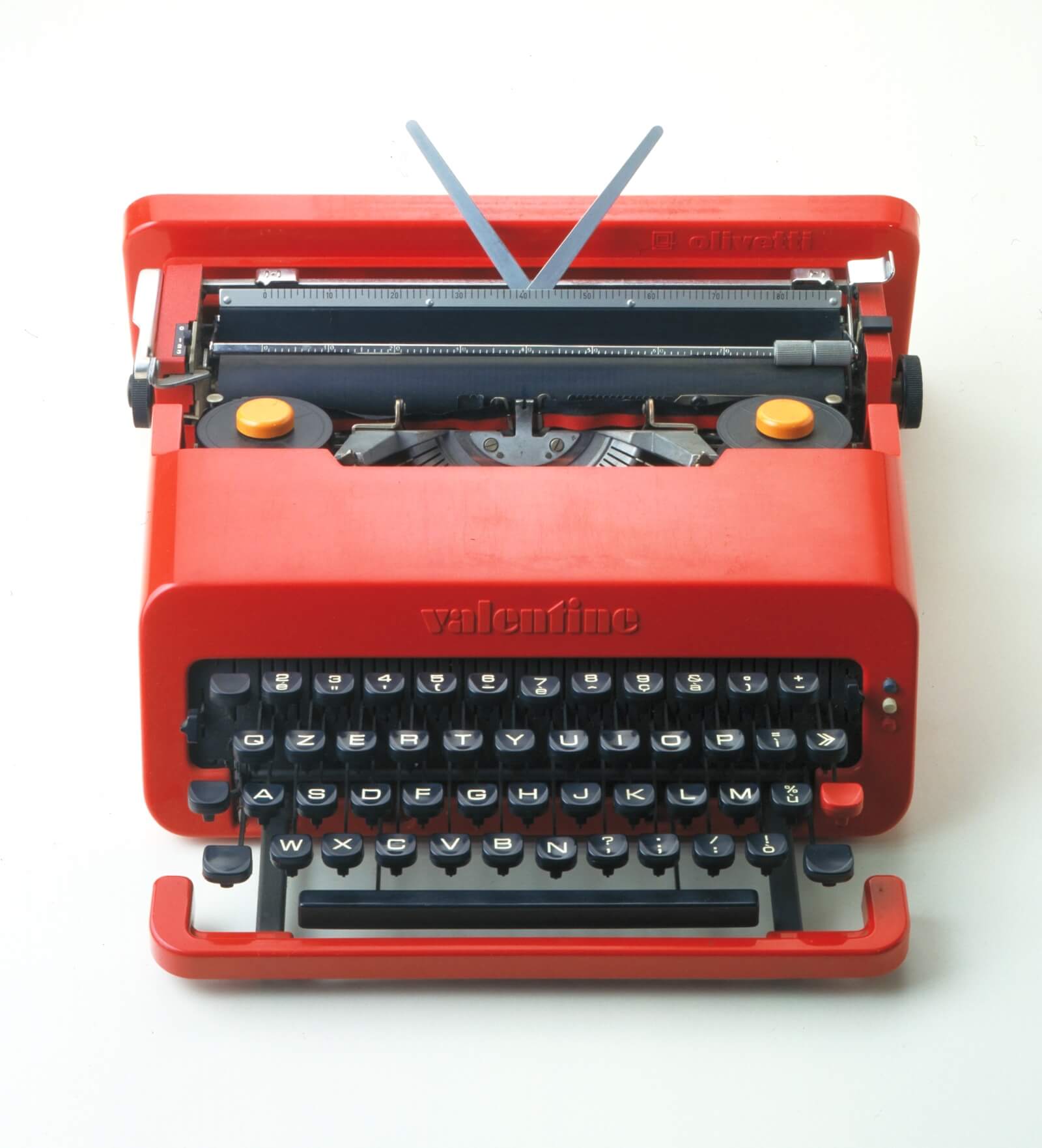 You can pick up a ‘Grillo telephone’, designed in 1965 by Richard Sapper and Marco Zanuso, and listen to living designers such as Franco Audrito, founder of Studio 65, describing the inspiration of the ‘Bocca sofa’ (a pair of lips in homage to Marilyn Monroe) – or Mario Bellini discussing the calculator he created for Olivetti in 1973, “It’s completely yellow, covered in a flexible skin of synthetic rubber.” The concept is a literal enactment of Vico Magistretti’s assertion that a good design concept is one so clear that you could describe it successfully over the phone, without a sketch. It is really the only interpretation that the exhibition offers. “There’s a great sense of democracy and in these designs, a sense of social responsibility,” says Grima. “They touched the lives of many people. They were intended to bring dignity and beauty to daily life.” 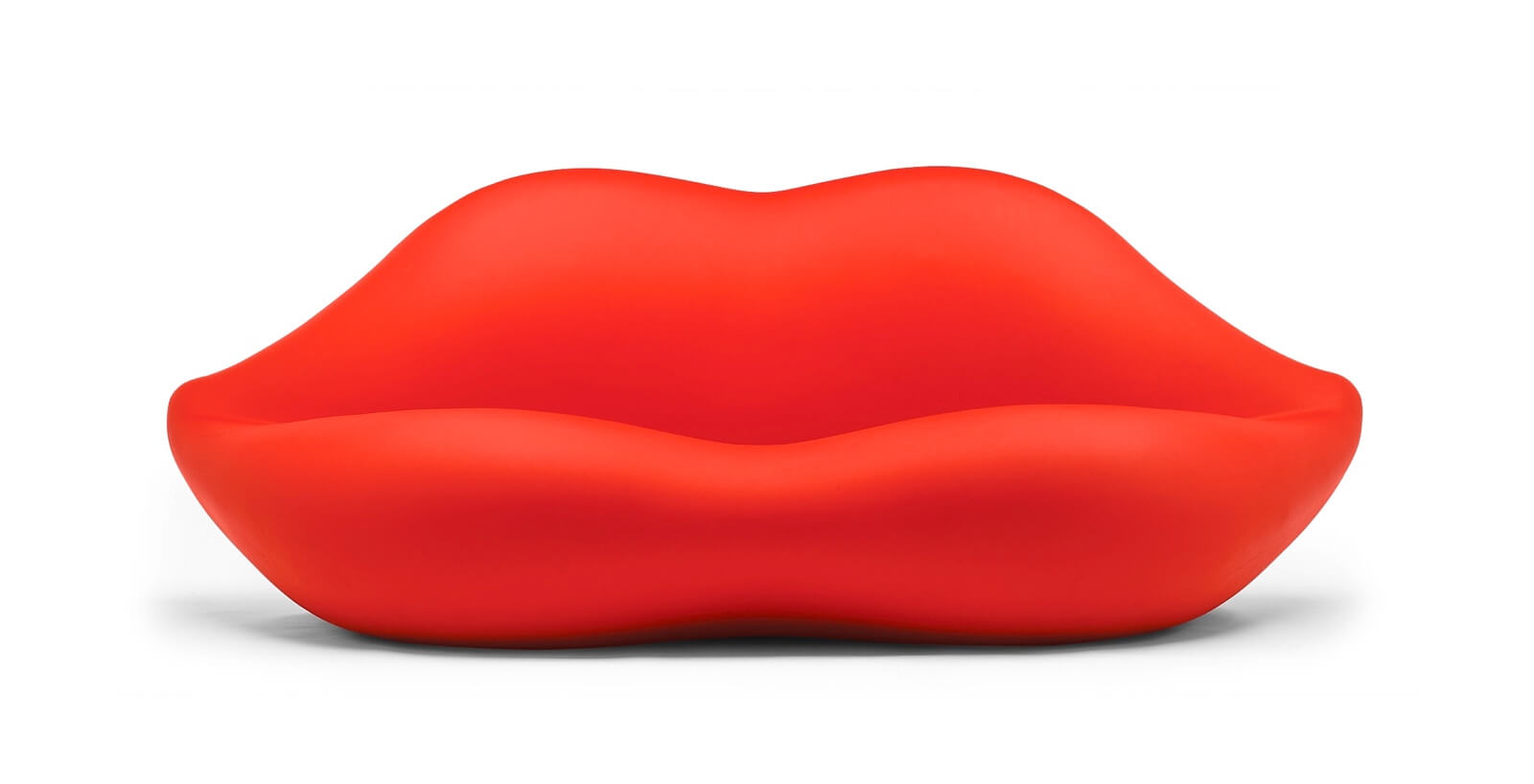 For Grima one of the pivotal pieces on show is the ‘Visetta’ sewing machine by Gio Ponti – a domestic appliance complete with a simple wooden bench. “Ponti wasn’t just designing luxury objects,” says Grima, “this is a wonderfully conceived piece of utilitarian design.” But he has nonetheless chosen to end the sequence with Sottsass’s exuberant Casablanca cabinet, which marks the beginning of Memphis and a rather more expressive period in Italian design. “Well, this is just Part One,” concedes Grima, who doubtless already has some suitably firm thoughts about Part Two. 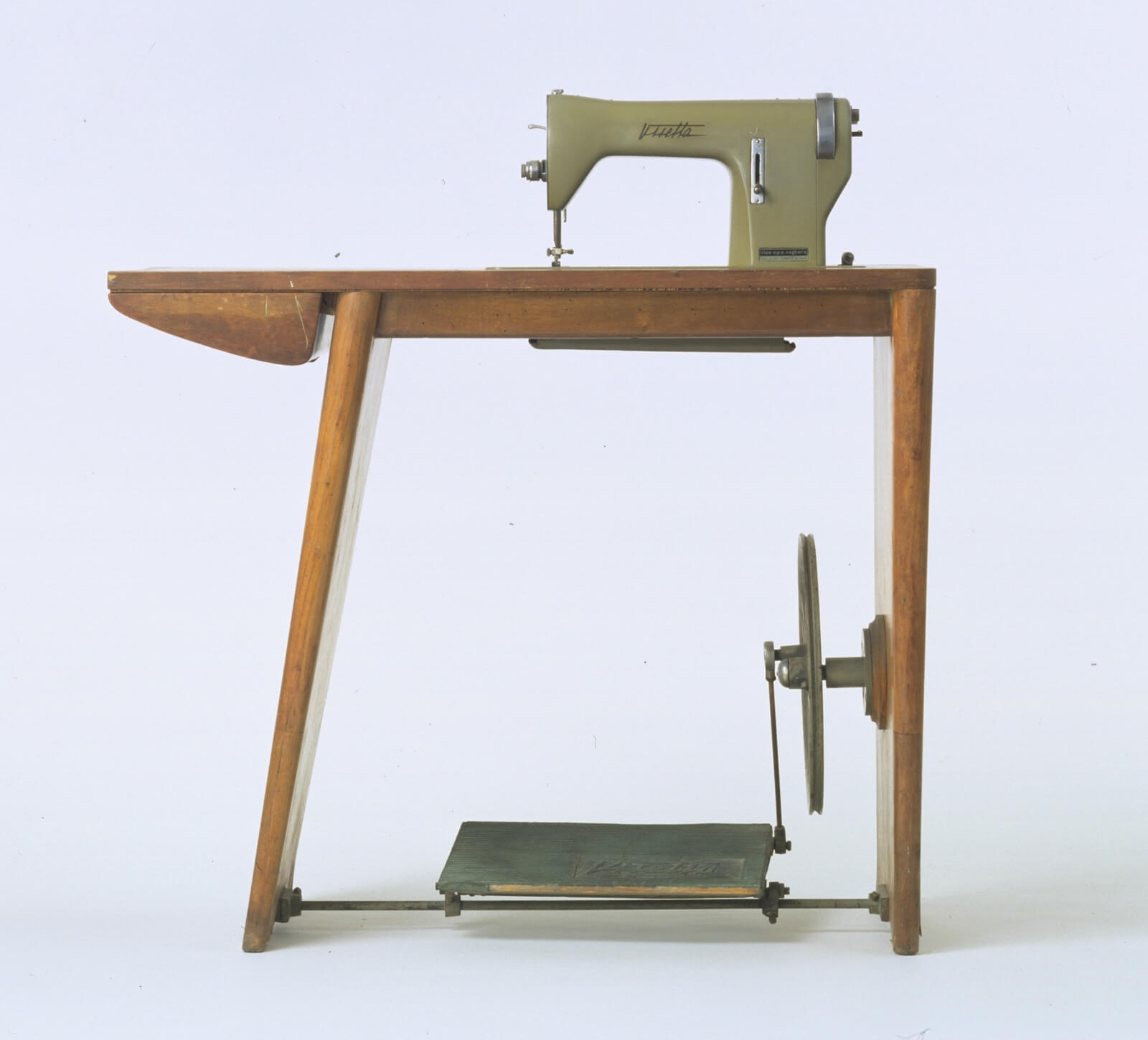 The Triennale di Milano – a design and art museum in the Parco Sempione in Milan, in Lombardy in northern Italy. 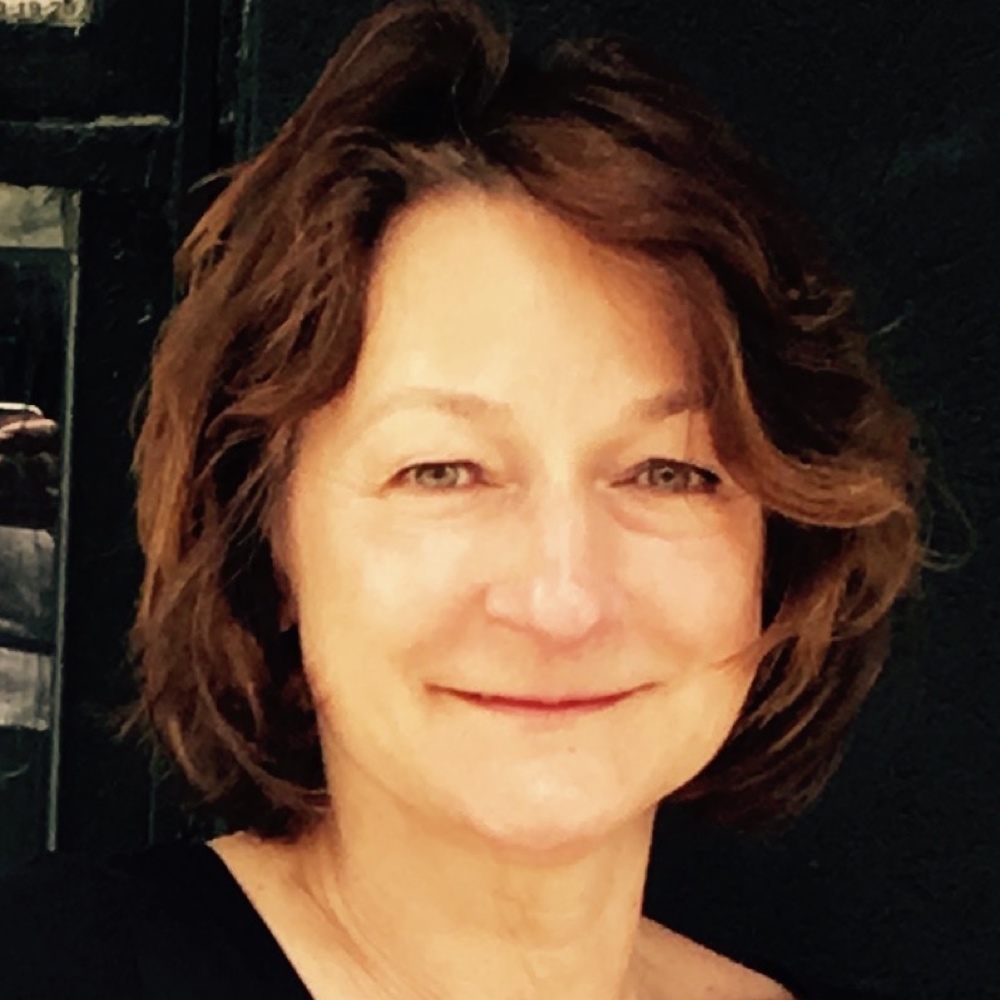 Exhibitions
Ettore Sottsass and the Social Factory
An exhibition focussing primarily on the designer's furniture, and its historical context.
By Judith Gura 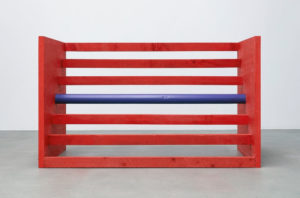 Exhibitions
Donald Judd
An exhibition of one of the most influential artists of the post-war period, who developed a unique visual vocabulary.
By Anna Sansom
The Design Edit
For Collectors and Dreamers
Read
Connect
Legal
Join Our Bi-monthly Mailer
Follow and Share
© 2021 The Design Edit.
All Rights Reserverd