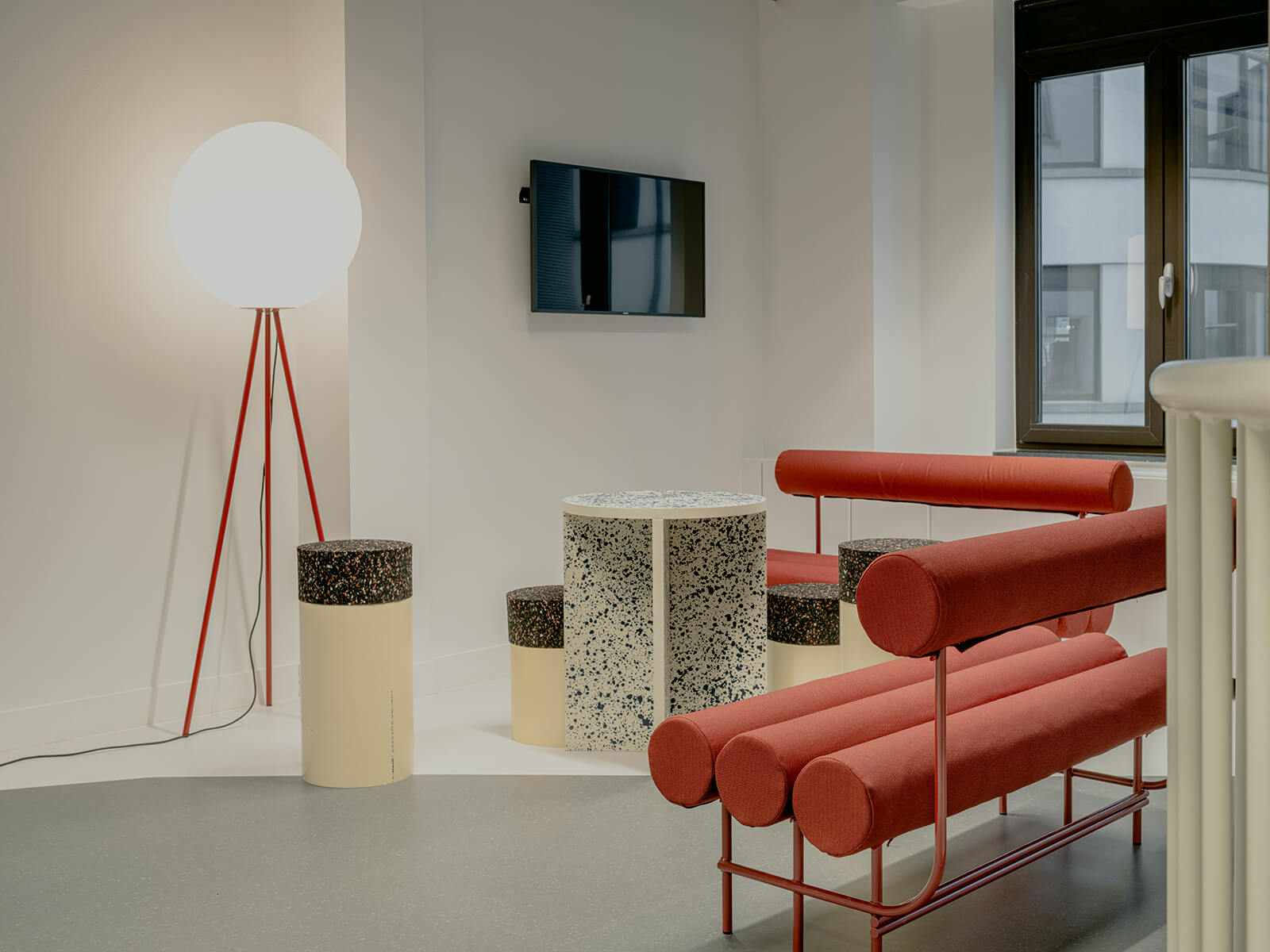 MANIERIA’S CURRENT GROUP show marks the culmination of a significant three-year project. In collaboration with doorzon interieurarchitecten for the general layout and Piovenefabi for the restaurant, MANIERA has overseen the transformation of the iconic Shell building, next to the central station in Brussels, into the light-filled co-working space Silversquare Central. 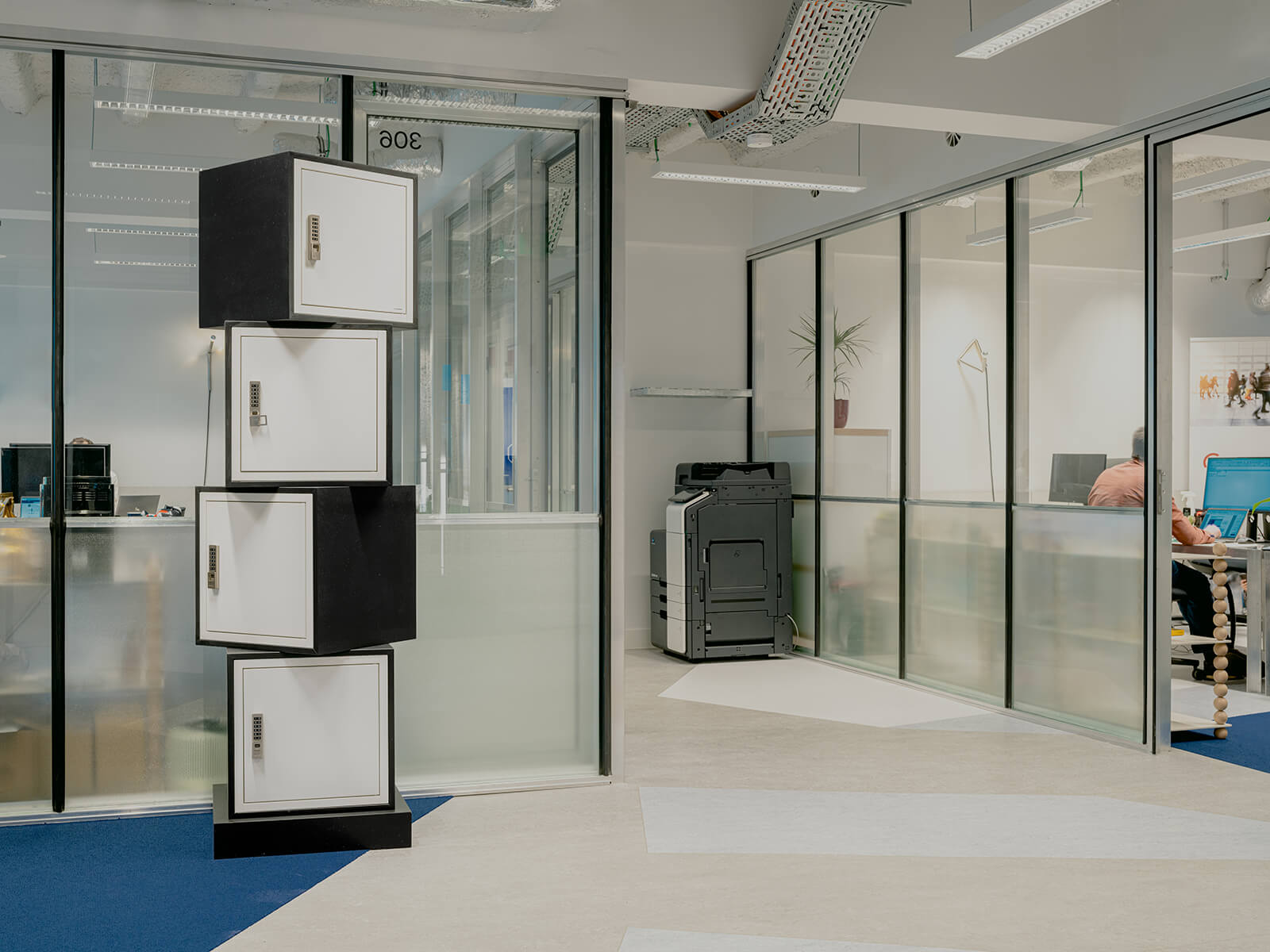 The team stripped the building – designed in 1934 by architects Alexis Dumont and Marcel Van Goethem – back to its modernist skeleton before installing a new concrete staircase and a series of space-defining greenhouse frames. MANIERA then commissioned twelve architects and artists to develop new pieces to animate this spare context. Their colourful eccentricities bring humour and texture to the interior without detracting from its elegant simplicity. 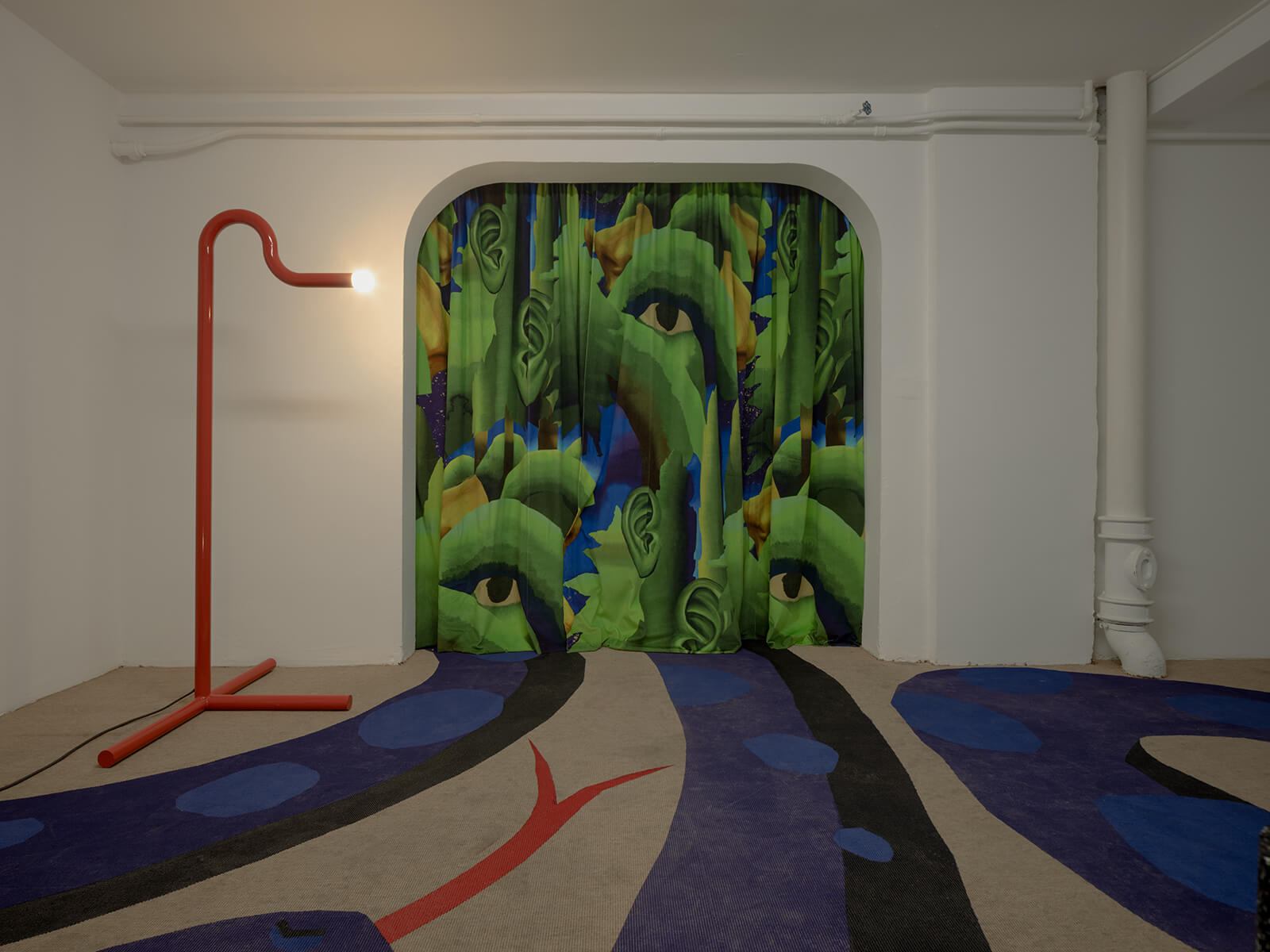 Some of the contributors are regular MANIERA collaborators, who share the founders’ critical and creative approach to furniture design. These include artist Chris Hefti, known for his exuberant, three-dimensional carpets; Brussels-Milanese architects Piovenefabi, whose curved sofa ‘S. CW. 2’ functions as a showpiece throughout the co-working space; Brussels-based artist Richard Venlet, who has contributed the elegant experimental anthracite ‘Leporello Desk’; and the appropriately named architecture and design studio OFFICE Kersten Geers David Van Severen, who have created an aluminium version of the series of tables they produced for MANIERA in 2014. 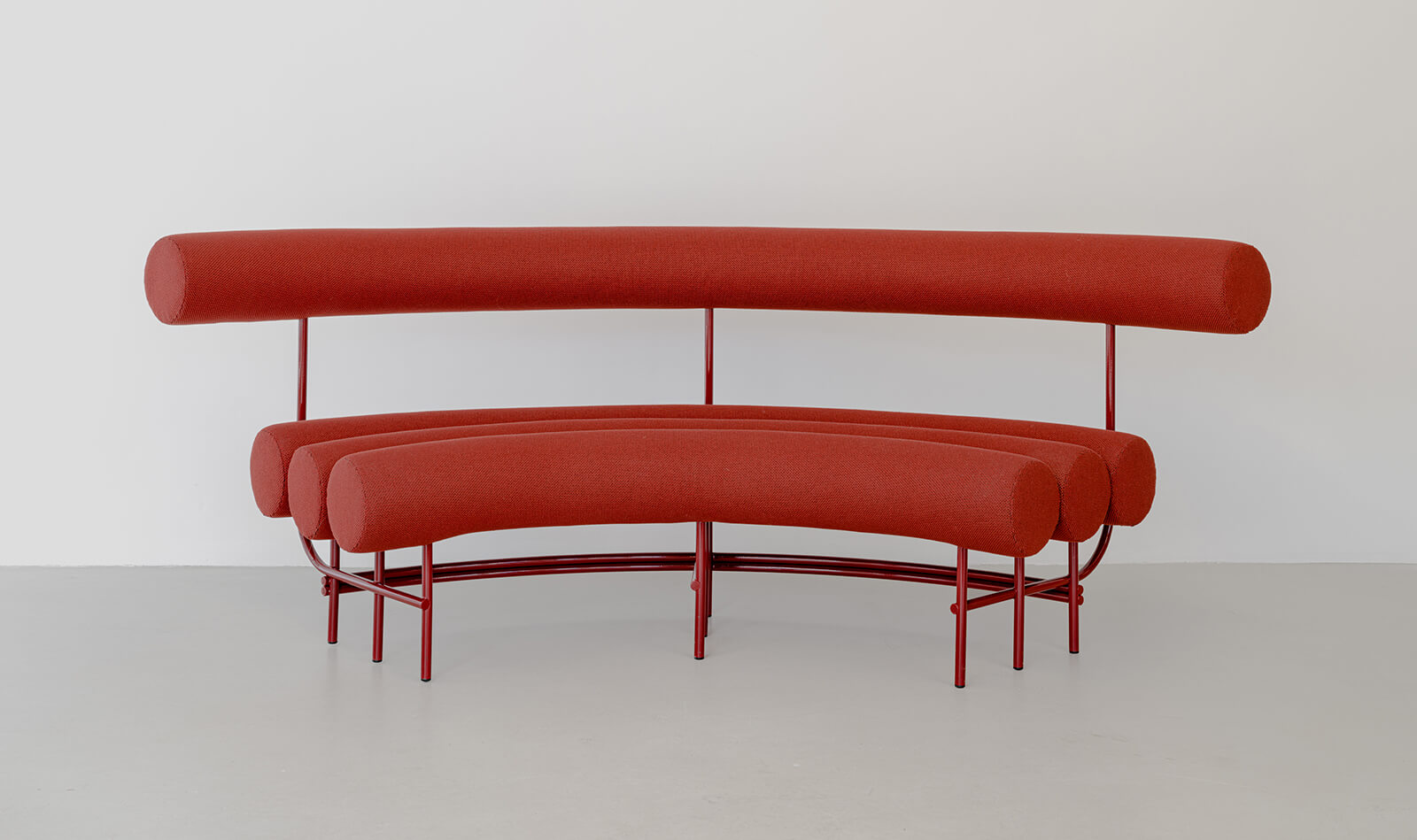 Alongside, MANIERA has taken the opportunity to work with six new teams and individuals. Ghent-based office FELT architecture & design – specialists in turning simple building materials into playful yet sophisticated furniture – offers its ‘Fauteuil’, which is made out of industrial translucent glass fibre panels, a leather cushion, a lambswool blanket and wooden balls. 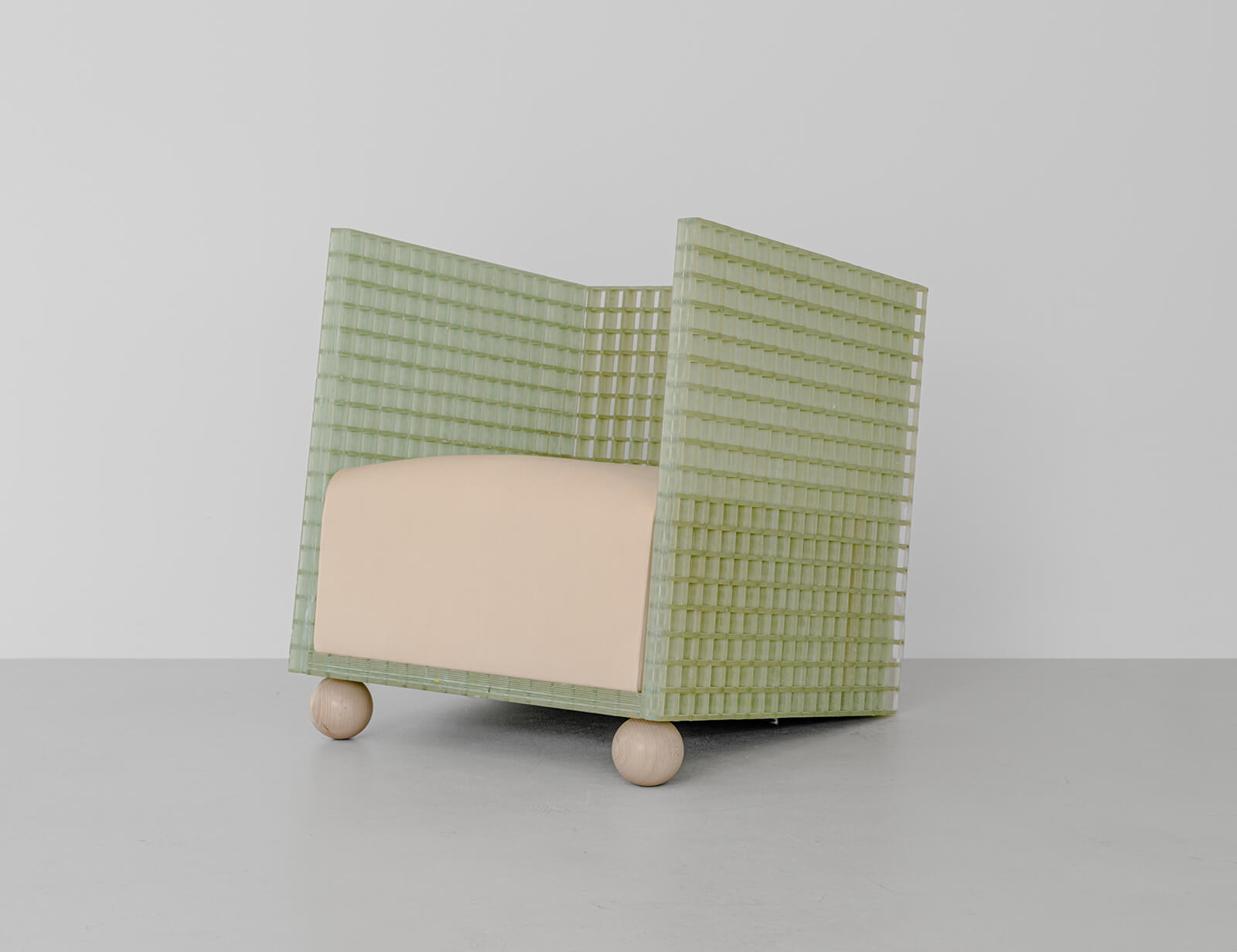 Also from Ghent, architect Maxime Prananto has conceived the ‘Autocrat Table’, which consists of twelve identical, folded sheets of steel, in a parody, perhaps, of enforced uniformity. Rotterdam-based Studio Verter, meanwhile, have produced the adjustable ‘Fontana Table Lamp’, made of industrial materials – galvanised steel panels and a pressed aluminium top – but alluding, with its slit sides, to the Argentine artist Lucio Fontana’s revolutionary slashed paintings, and his fascination with light. 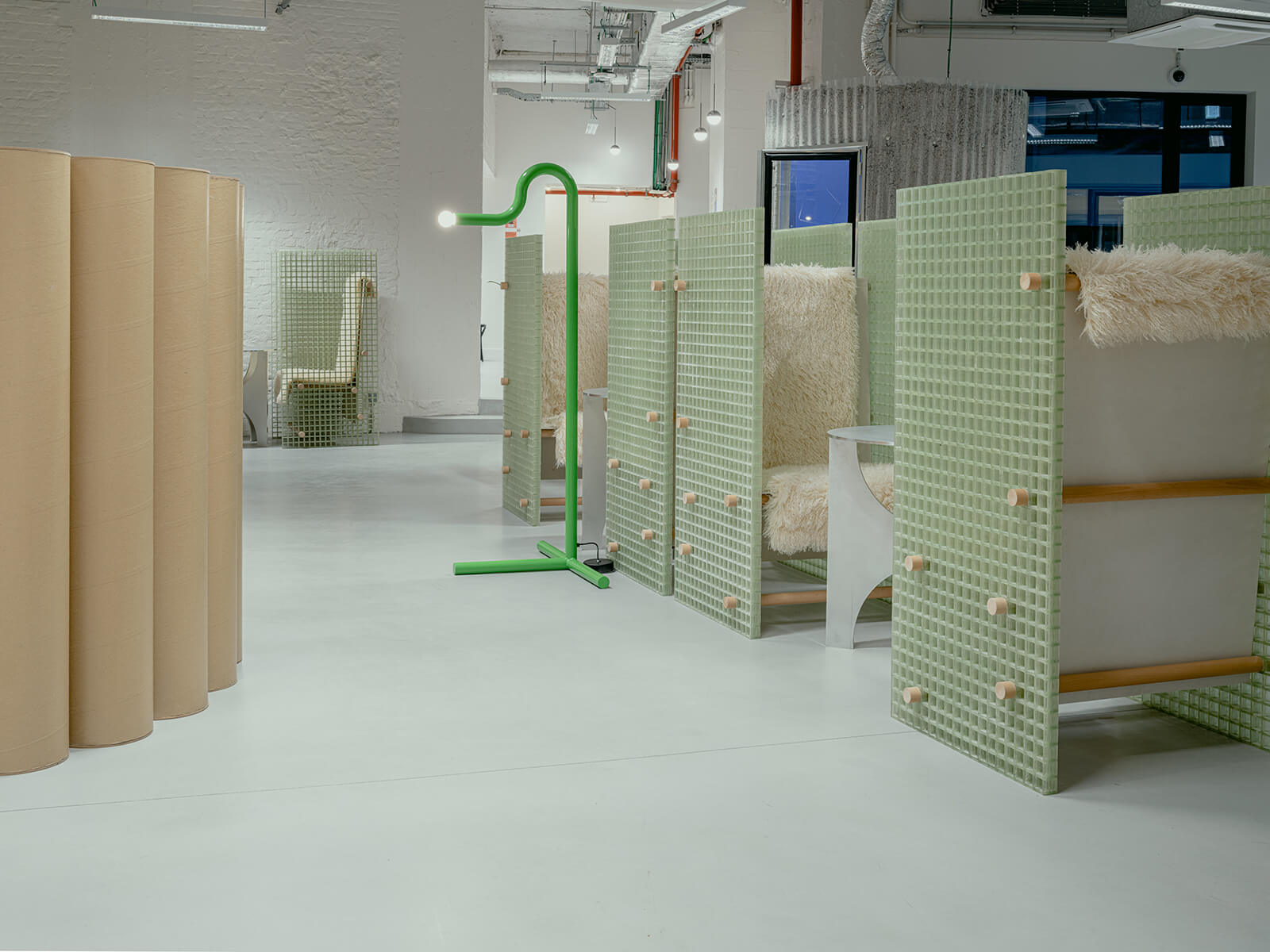 Some pieces were too adventurous to find a final home at SQ Central but are on show in the gallery. These include ‘Adjustable Table’ by Brussels-based Stéphane Barbier Bouvet, produced using advanced technologies in the small space of his own studio, as well as architectural office A JDVIV’s stool ‘Zitbankje’ made out of naked metal studs – a recurrent element in their practice. The seat of the stool is upholstered with recycled fabrics created by Ghent-based collective Onbetaalbaar and textile designer Veerle Tytgat. 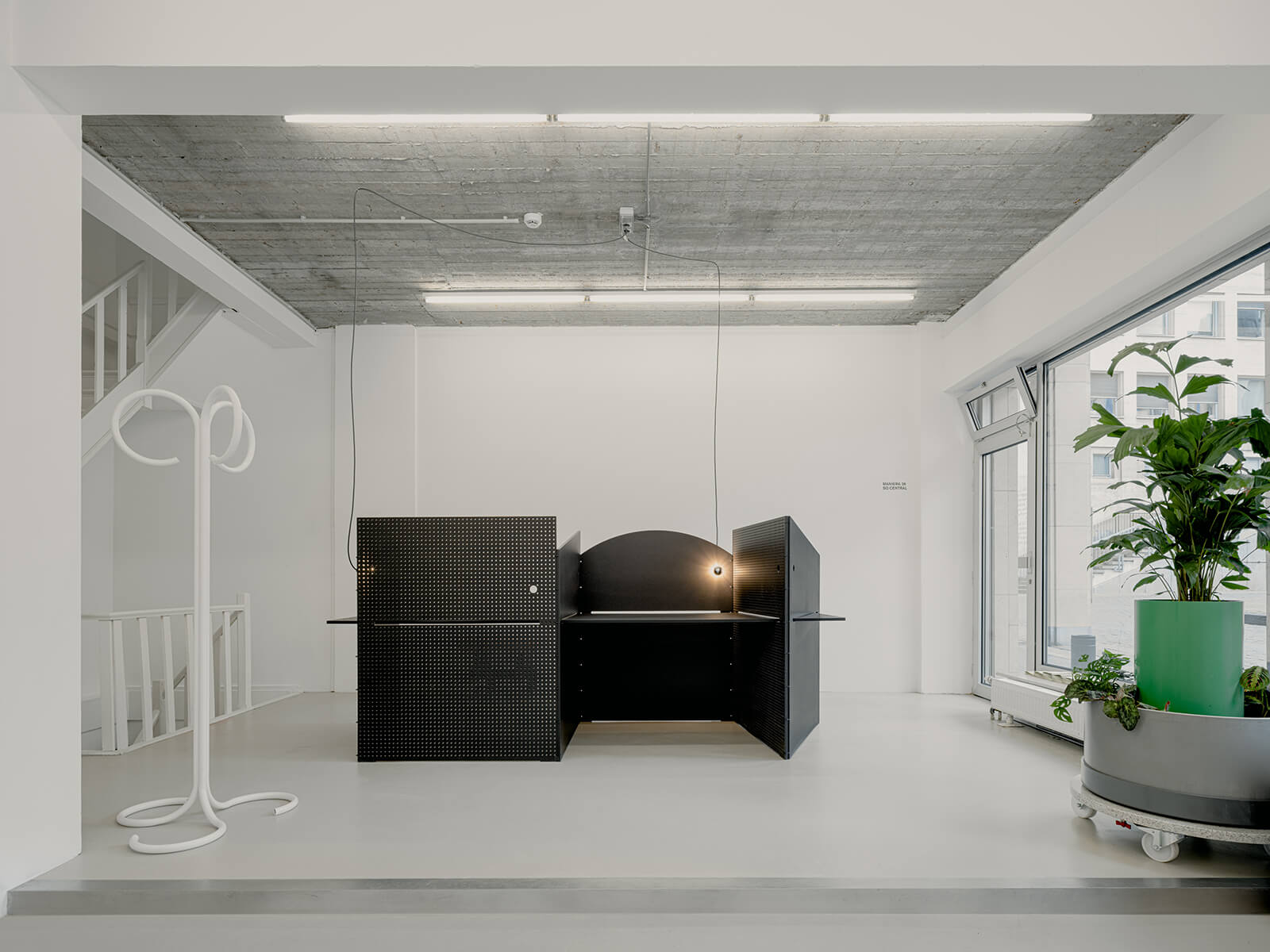 For the many who will not be able to enjoy these new pieces in situ, this is an opportunity to admire and acquire the thoughtful products of an elaborate project. 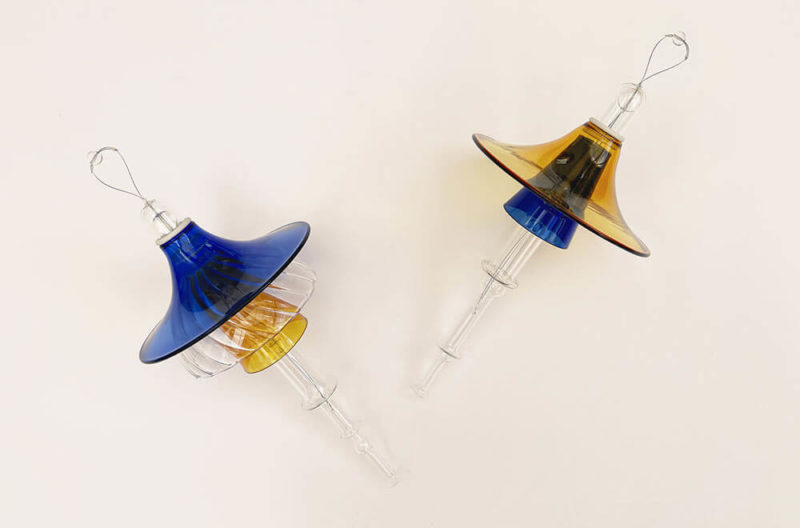 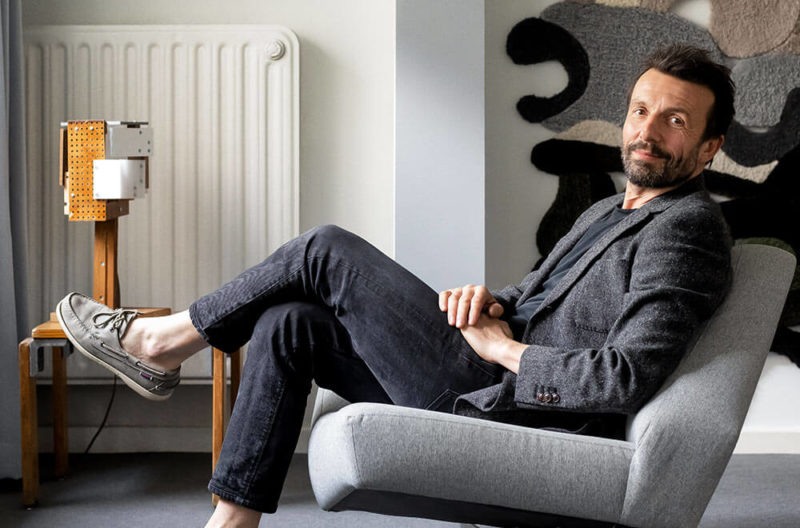 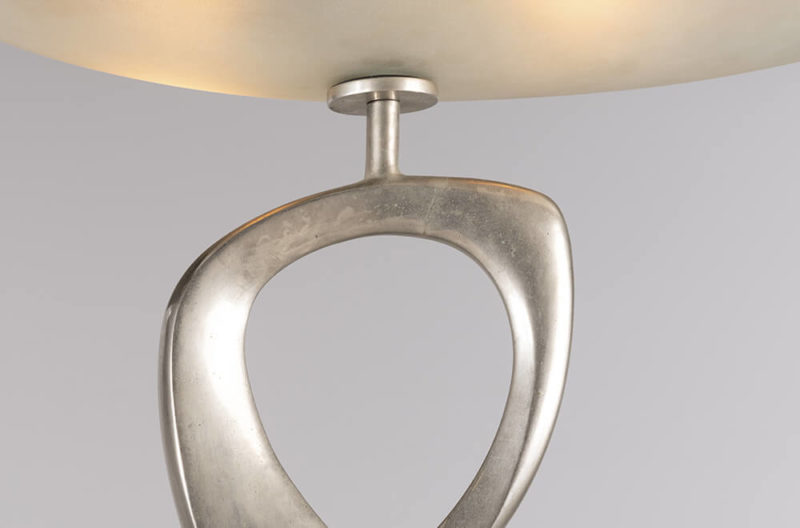 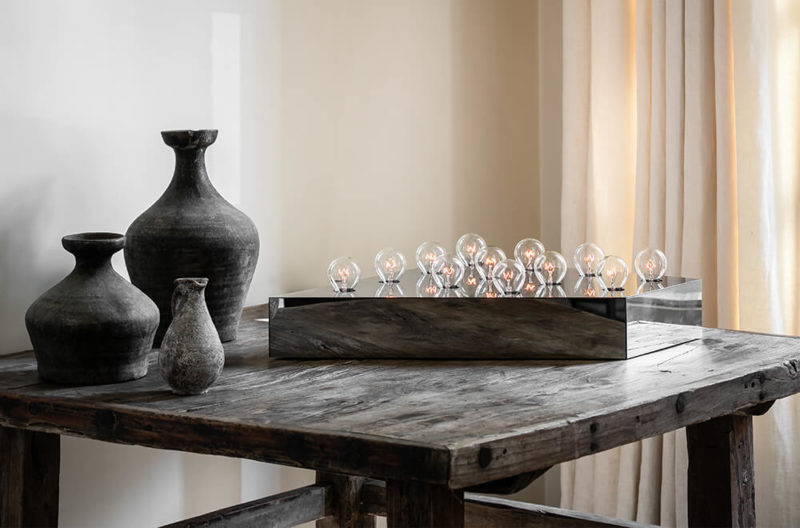