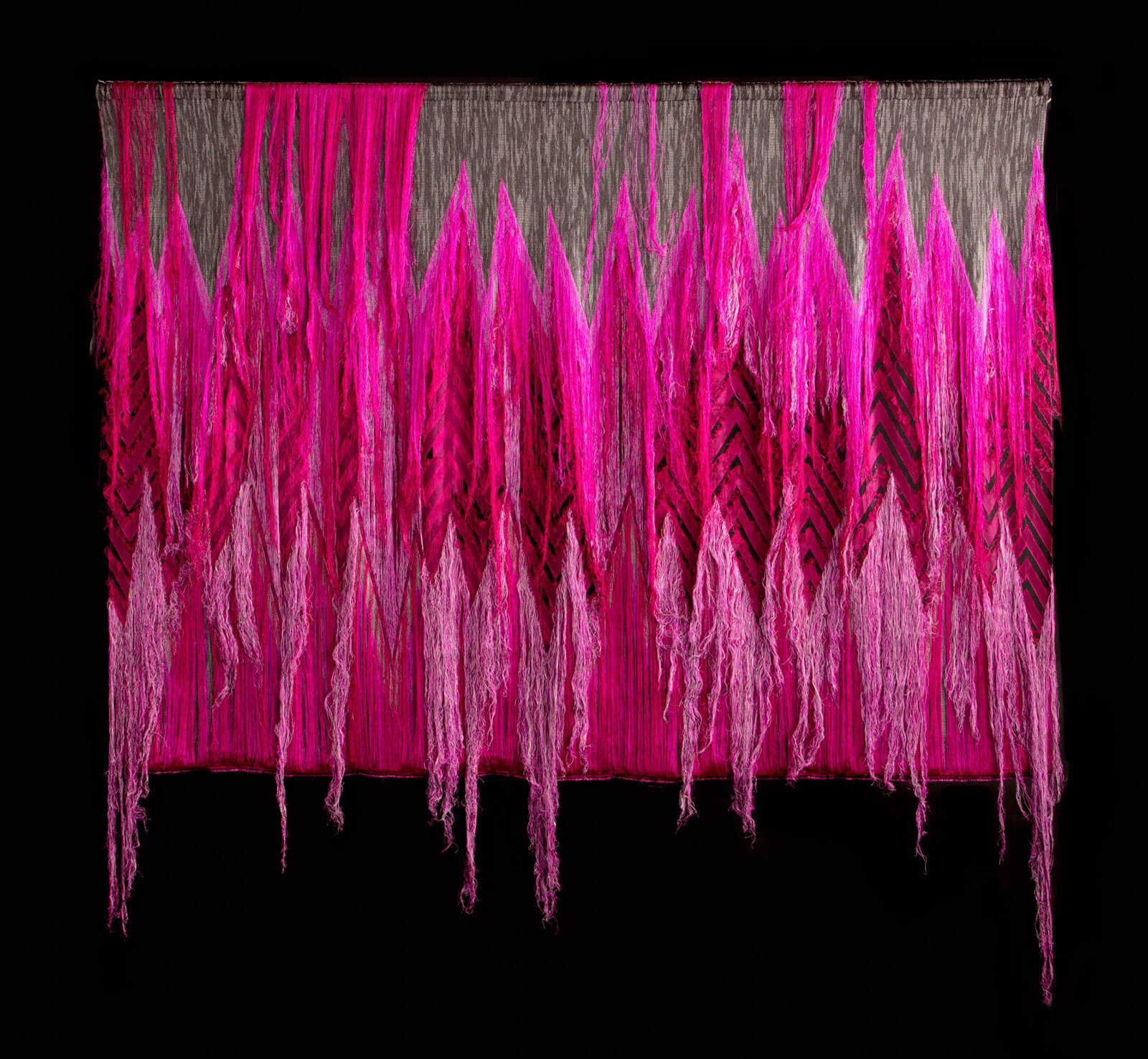 1969 WAS THE year that the ‘Objects: USA’ exhibition opened at the National Collection of Fine Art at the Smithsonian Institution. Lee Nordness, the revered gallerist, organised the show in order to define and draw attention to a movement in which studio-based makers were approaching contemporary art by way of traditional craft techniques. The term ‘object’ dismantled the antiquated distinctions between art and design that could no longer define this collective output. 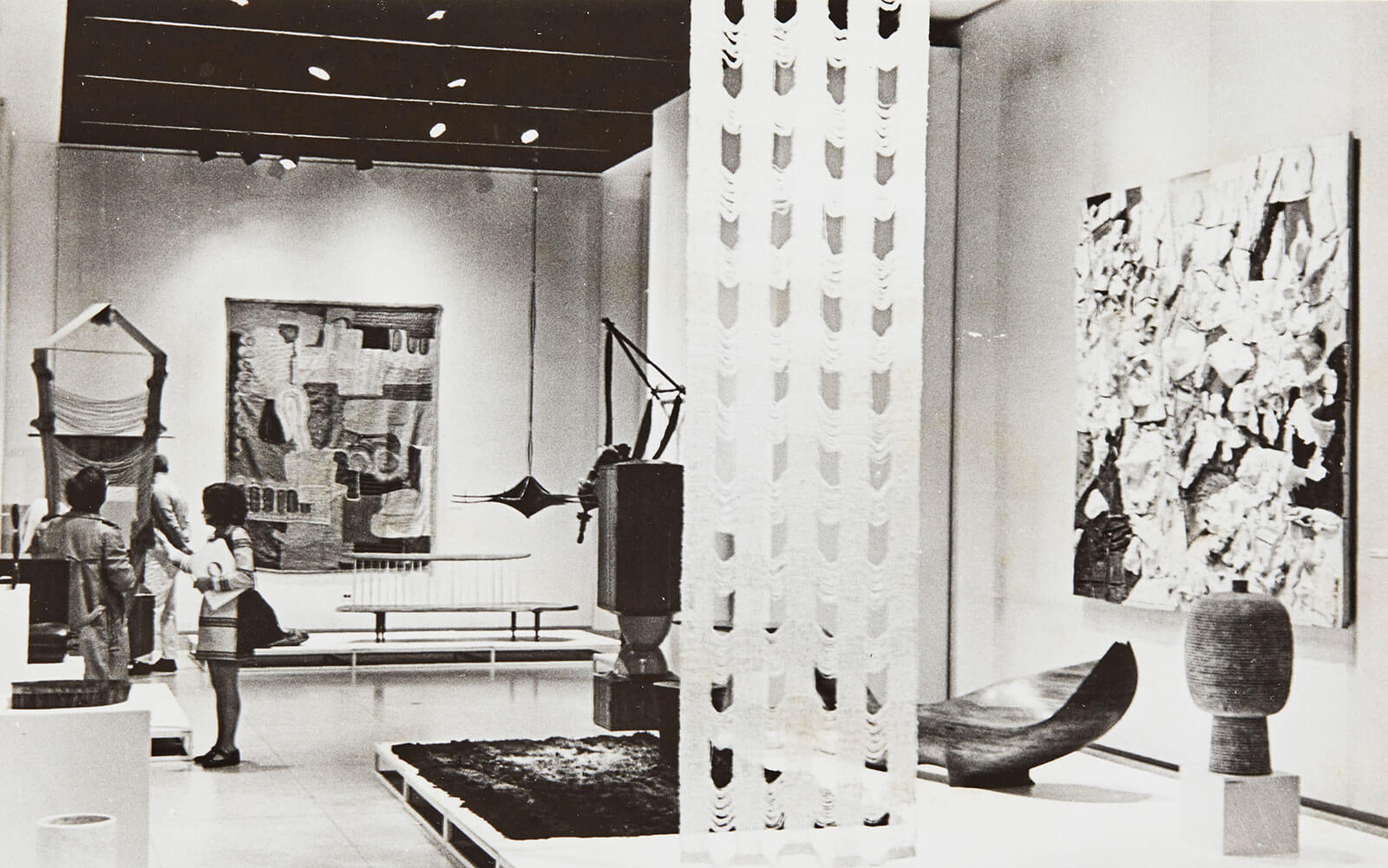 The comprehensive show featured over five hundred works by US-based makers, from groundbreaking artists such as Anni Albers, Wharton Esherick and George Nakashima to younger practitioners, such as Art Smith, Doyle Lane and Sheila Hicks. By the time it closed, the exhibition had travelled to 33 cities around the world, acting as a calling card for the country’s emerging crafts movement and changing the perception of American art and design as it went. ‘Objects: USA’ put many of these talented makers on the map and, in some cases, launched their careers. 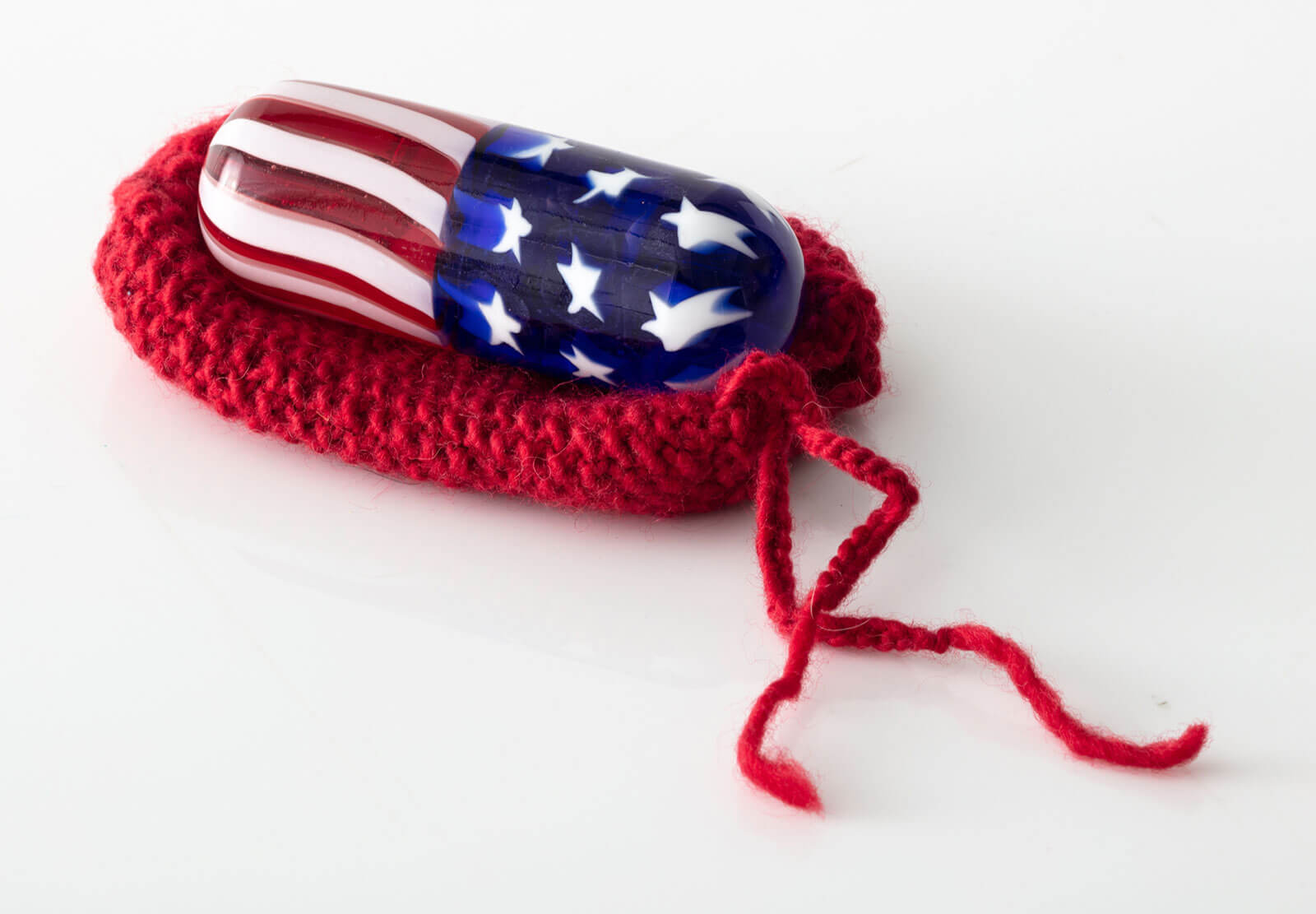 Not unlike 2020, 1969 was also a year of significant social upheaval. The civil rights movement was joined by calls for women’s liberation and gay rights. Youth-driven counter-culture was pushing back against outdated norms and rapidly redefining American society. Within the creative sector, artists and designers were contesting the rigid tenets of Modernism, challenging the standards of mass production, and blurring disciplinary boundaries. Artists and designers sought to re-embrace the fundamental principles of autonomous practice, self-production, and artistic expression. Today’s craft revival might be more stratified, with small producers and independent talents creating work for different markets. Still, the comparisons between the creative output of 1969 and the present day are palpable. 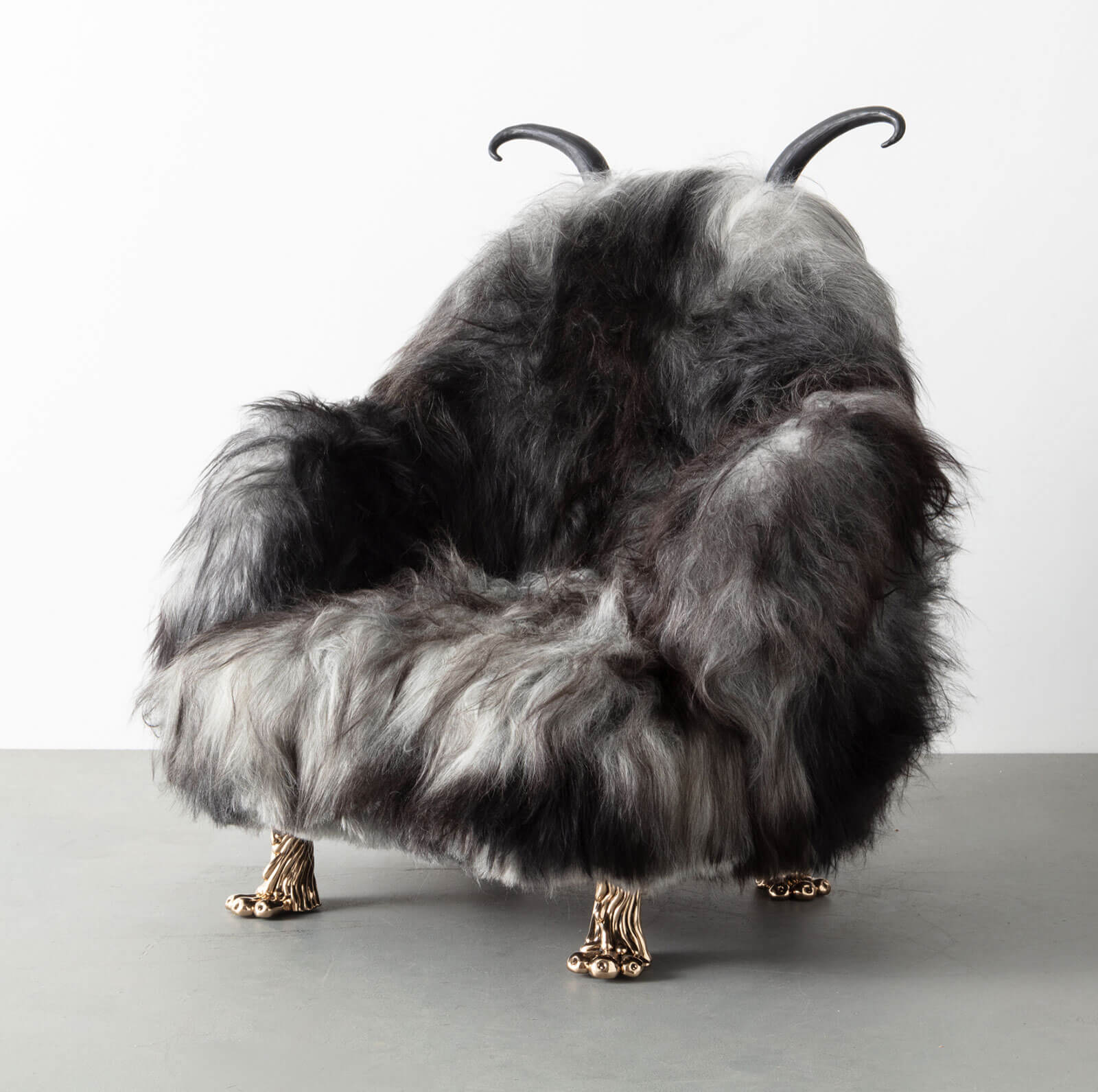 A new survey show at New York’s R & Company gallery, ‘Objects: USA 2020’, seeks to commemorate the original exhibition’s 50th anniversary and draw parallels with contemporary craft-led art and design. Mounted by noted curator and historian Glenn Adamson – in collaboration with Object & Thing founder Abby Bangser, the gallery’s co-principal Evan Snyderman, and director of museum relations James Zemaitis – the exhibition places 50 historical works in dialogue with 50 pieces by some of the most promising talents working today. “‘Objects: USA’ has been on my mind since grad school,” Adamson reveals. “Ever since, I’ve been trying to find the right place and time to explore the topic further. In talking to R & Company a year or two ago, we agreed that it was now or never. If we didn’t do something soon, such a show could never happen.” 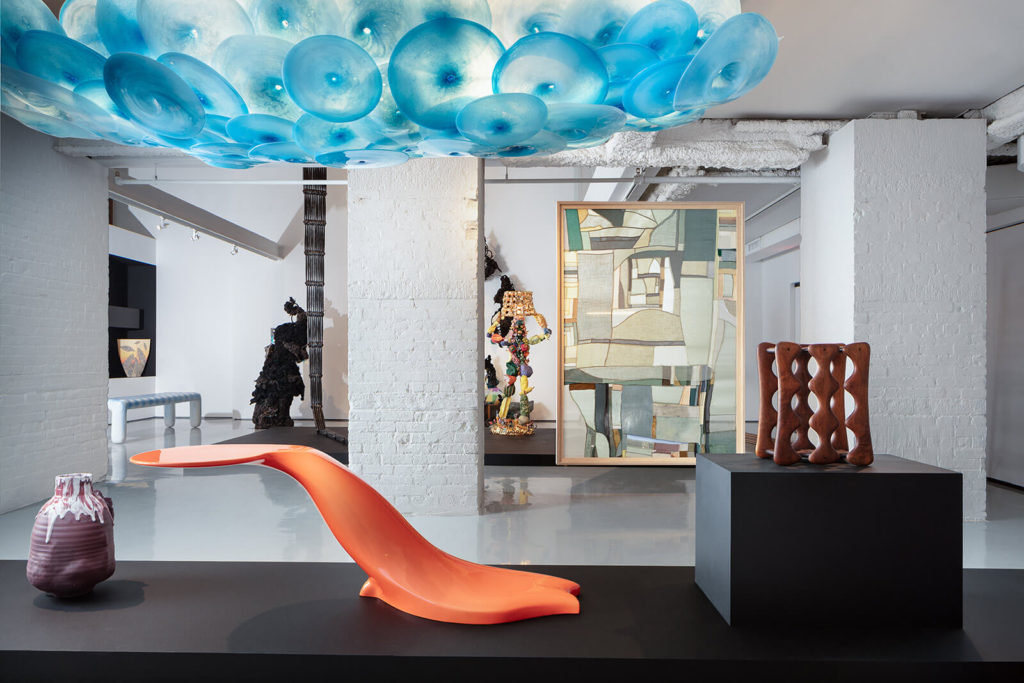 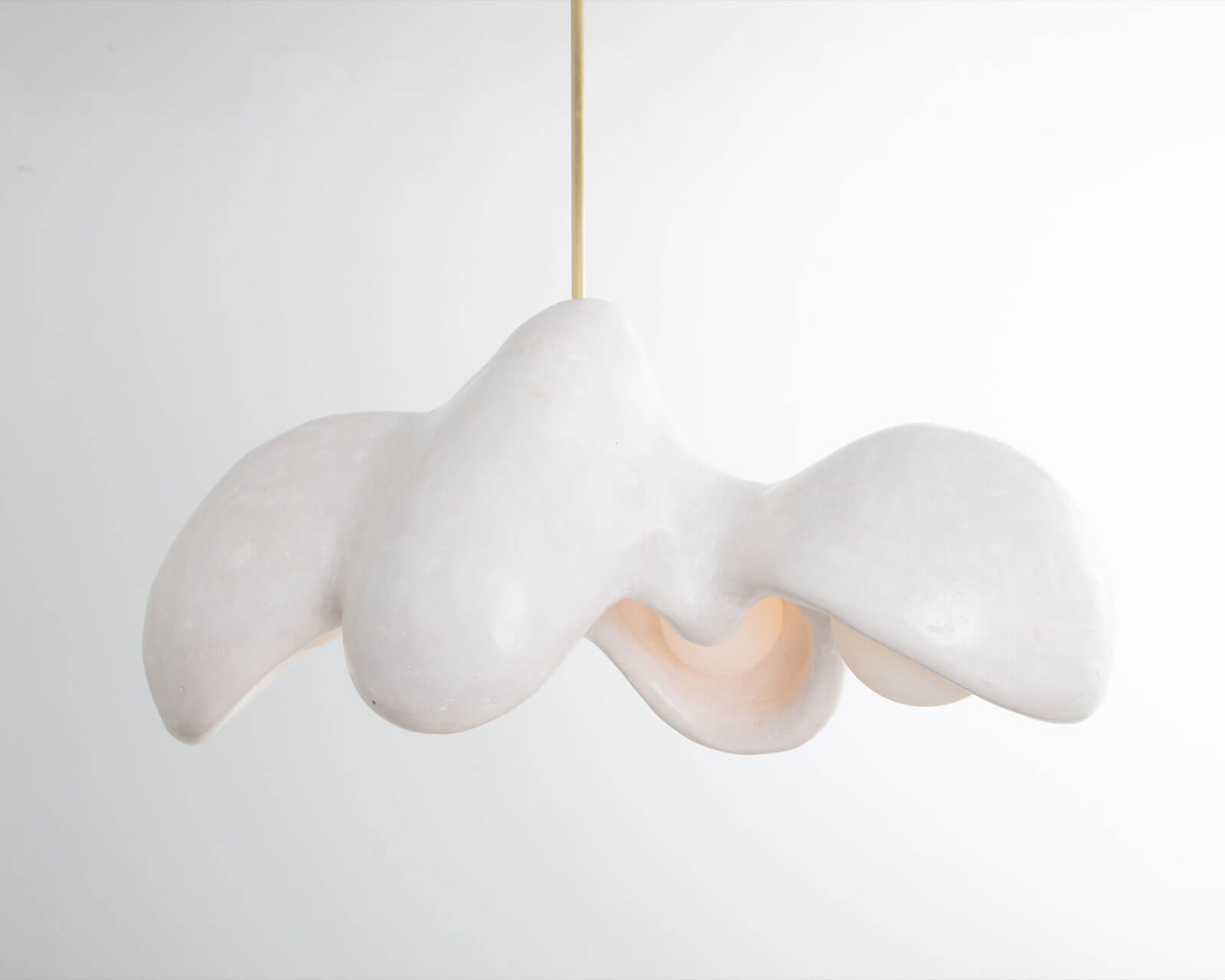 Presented throughout the gallery’s multi-level White Street flagship, works like wooden vessels by Daniel Loomis Valenza – Zemaitis’s personal favourite – are joined by equally organic sculptures by contemporary artists like Anders Ruhwald. Though the exhibition doesn’t explicitly showcase pairings, certain connections have materialised through the curatorial process. “An amazing vertical cabinet by contemporary designer Christopher Kurtz, carved using a traditional technique, has the same generative sculptural quality as a chainsaw-formed Wendell Castle table,” the curator describes. Overall, the exhibition incorporates a diverse range of furnishings, accessories, textiles, paintings, sculptures, and jewellery. “We made sure to cover a range of media, gender, geography, and age groups,” Adamson reflects. “There were a number of key names that we couldn’t imagine leaving out like Ruth Duckworth, J. B. Blunk, John Mason, Michele Oka Doner, and Peter Voulkos. 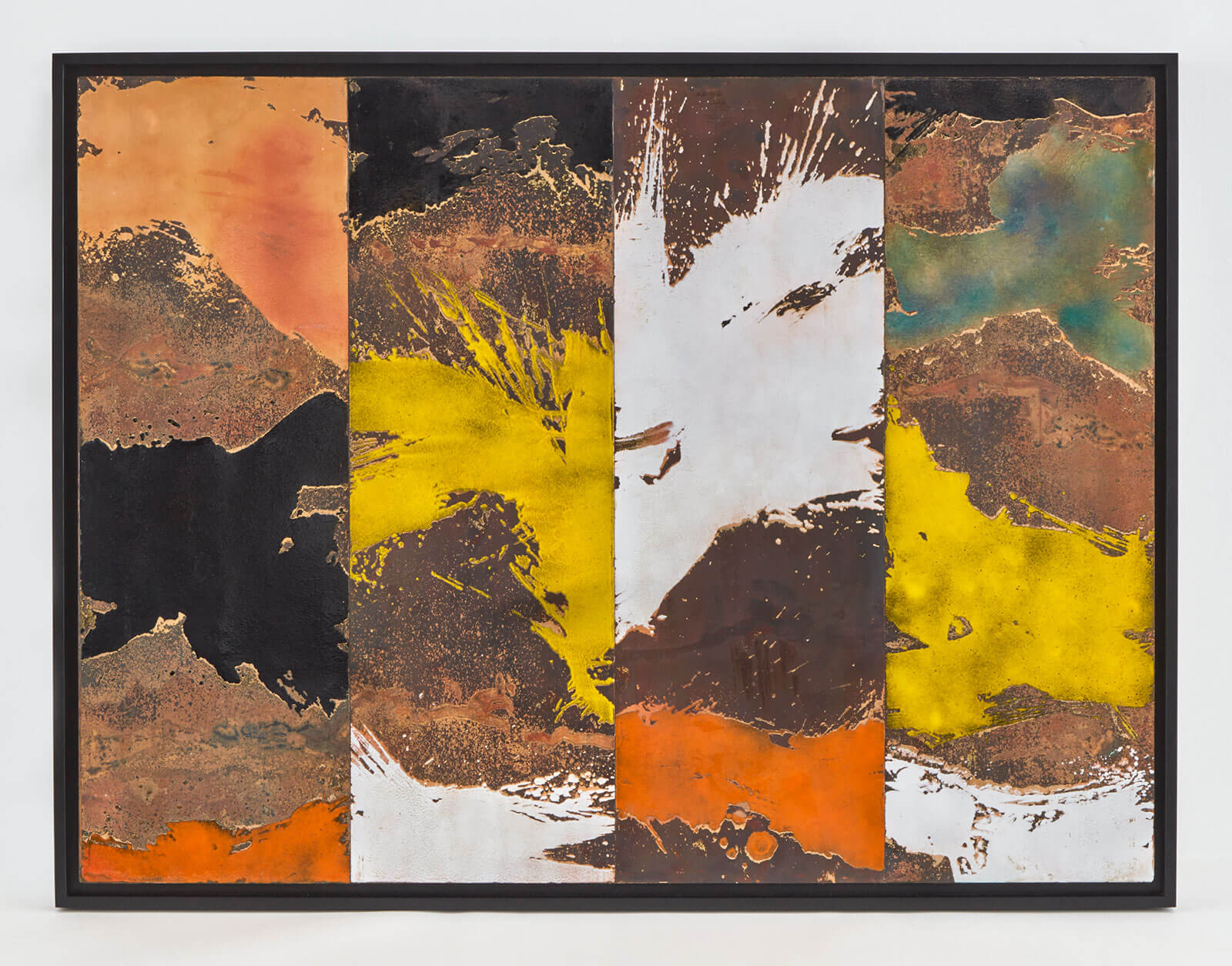 With the exhibition focusing on works created in the 1960s and 2010s, the omission of works developed during the in-between period is a clear message itself. For both Adamson and Snyderman, this period was marked by a diminished interest in handmade objects. “At that time, the critical design scene centred around either unique or limited-run objects with a very high degree of aesthetic, conceptual and physical realisation,” Adamson reflects. “That took away the energy that used to exist in the studio craft movement, which became inflexible to different forms of production. Talents working in this domain today are yet again more experimental and unrestricted by traditional techniques. Particular forms of creativity seem to be valid in design right now: a strong sense of independence, narrative, and an engagement with contemporary art and design history. ” 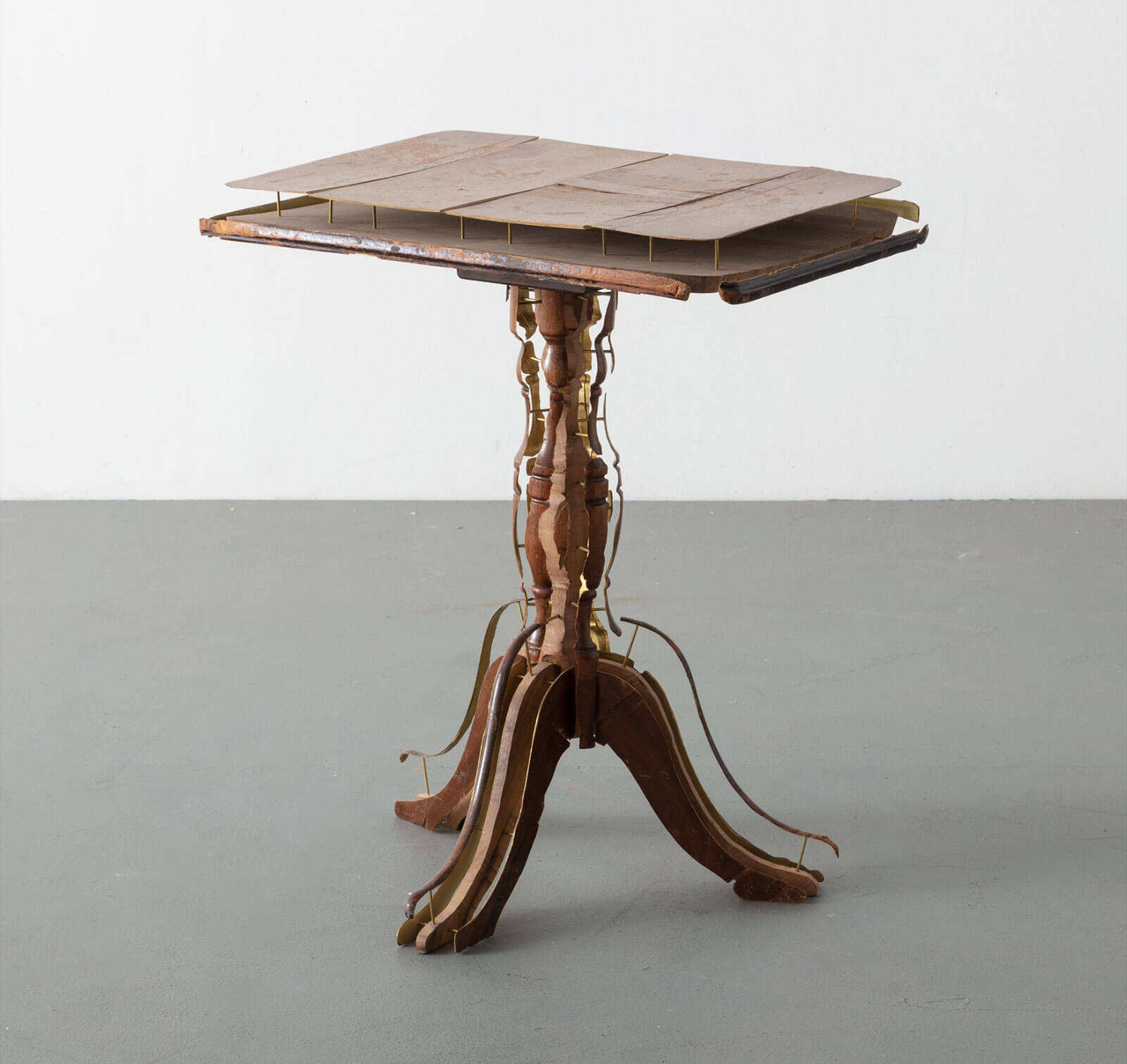 At the core of the exhibition is the original, surviving catalogue that has served as an essential resource for scholars and collectors for many decades. This canon-defining tome solidified what the exhibition first accomplished in identifying the players of a time-specific movement. A newly amended re-edition, published by the gallery, builds on this existing encyclopaedia by profiling a group of contemporary talents working in an equally impactful moment. As COVID-19-induced restrictions continue into the spring, this book can reach interested parties who might otherwise be unable to see the exhibition in person. 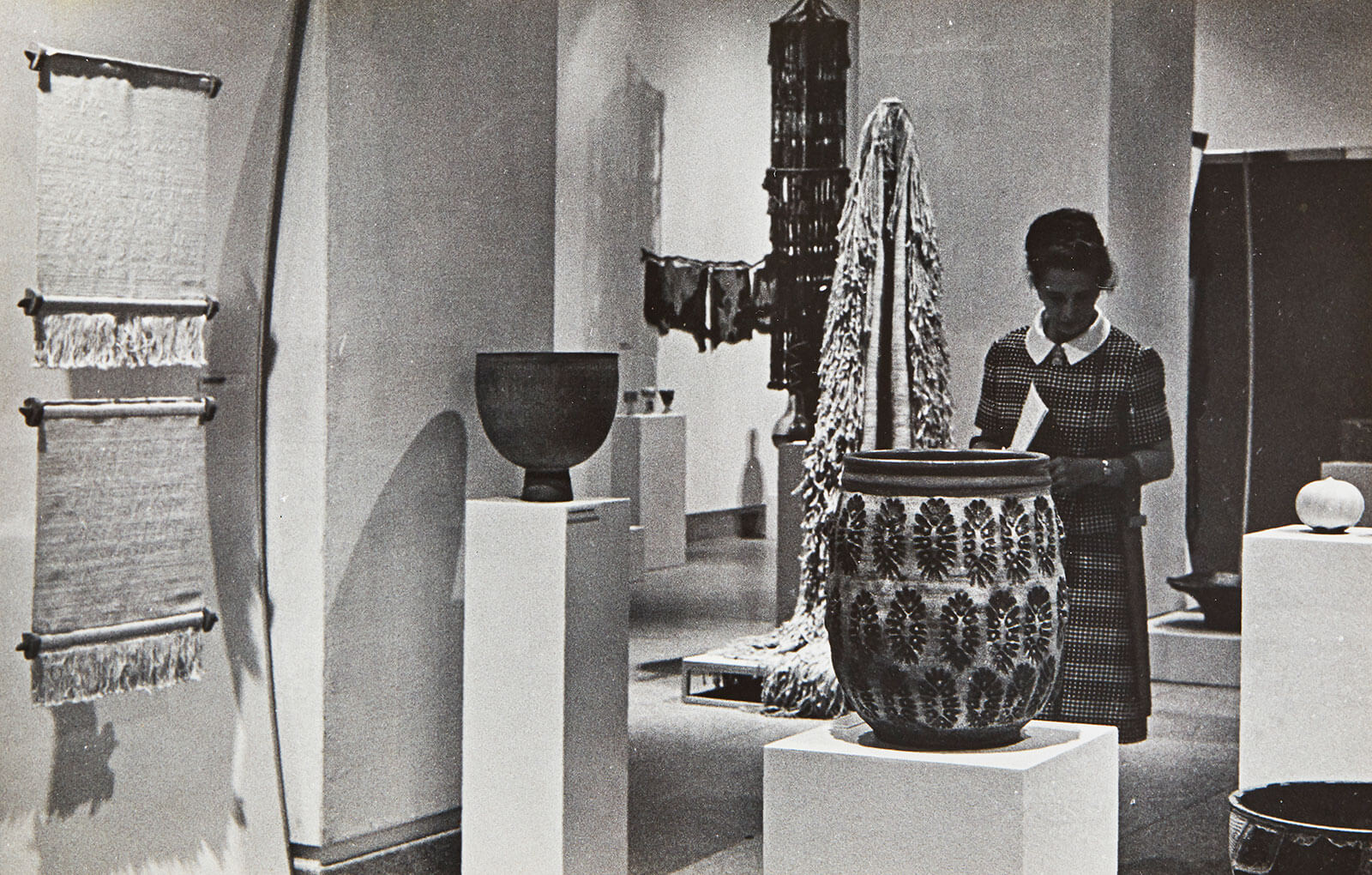 “For the audience, it’s almost like the historical works are made available through the contemporary, which people already have on their radar,” Adamson concludes. “I think while people who are in the craft scene understand that ‘Objects: USA’ was hugely significant, a bible of sorts, others will use the book and the current show as a way of understanding the importance of the original.” 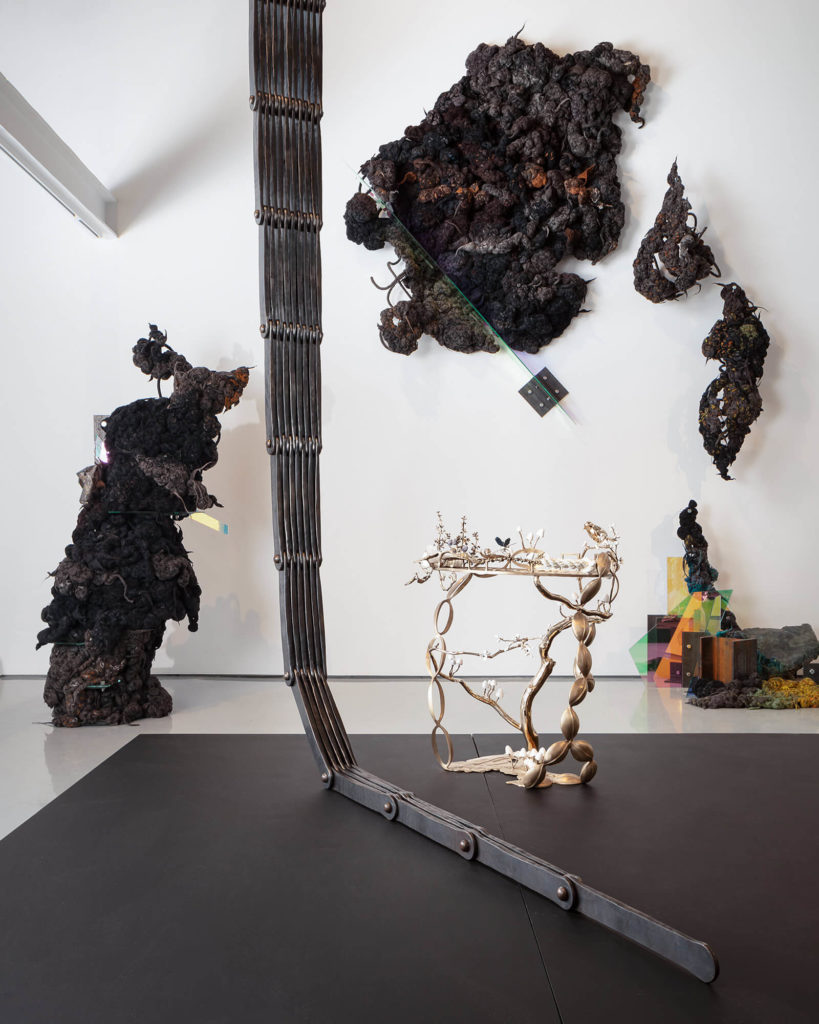 Sales of the new book will directly fund additional research and establish a dedicated archive on this wide-reaching topic. With a commitment to scholarship and to expanding the collectible design market’s interest in craft, R & Company has outlined a set of procedures for other US platforms to mount what will become a travelling exhibition. To further these ambitions, throughout the exhibition’s run this spring, the gallery will be hosting several online talks with various related institutions, thinkers, and practitioners. 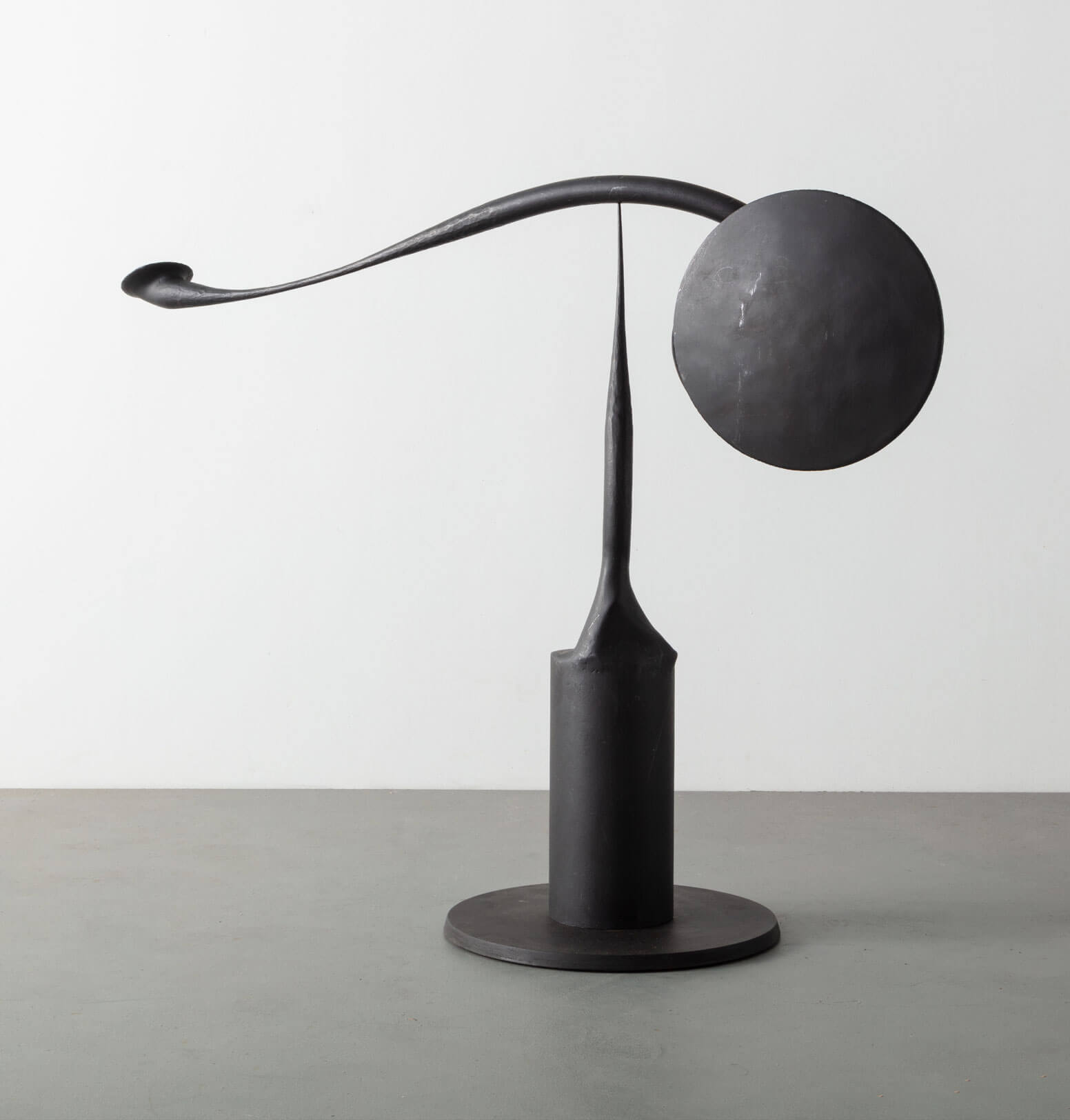 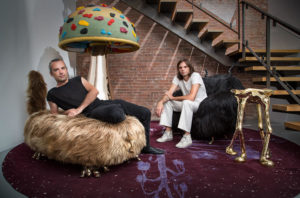 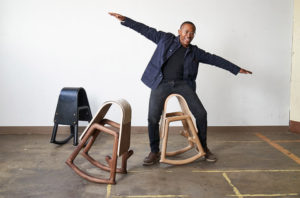 Exhibitions
Norman Teague
An exhibition highlighting the design conversation in plywood, from the early British modernists to a Chicago-based designer.
By Dominic Lutyens 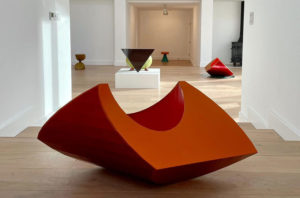 Exhibitions
Fred Baier: form swallows function
He was one of the first designers to embrace computer modelling and CAD, thirty years on he's still on his journey.
By Emma Crichton-Miller

People
In The Hot Seat / Zesty Meyers and Evan Snyderman
R & Company have been championing contemporary collectible design for over twenty years – it all started in the flea markets of Philadephia and Manhattan.
By Judith Gura
The Design Edit
For Collectors and Dreamers
Read
Connect
Legal
Join Our Bi-monthly Mailer
Follow and Share
© 2021 The Design Edit.
All Rights Reserverd