“I endeavour to find innovative ways of transforming ocean microplastics into the building blocks of provocative designs.” 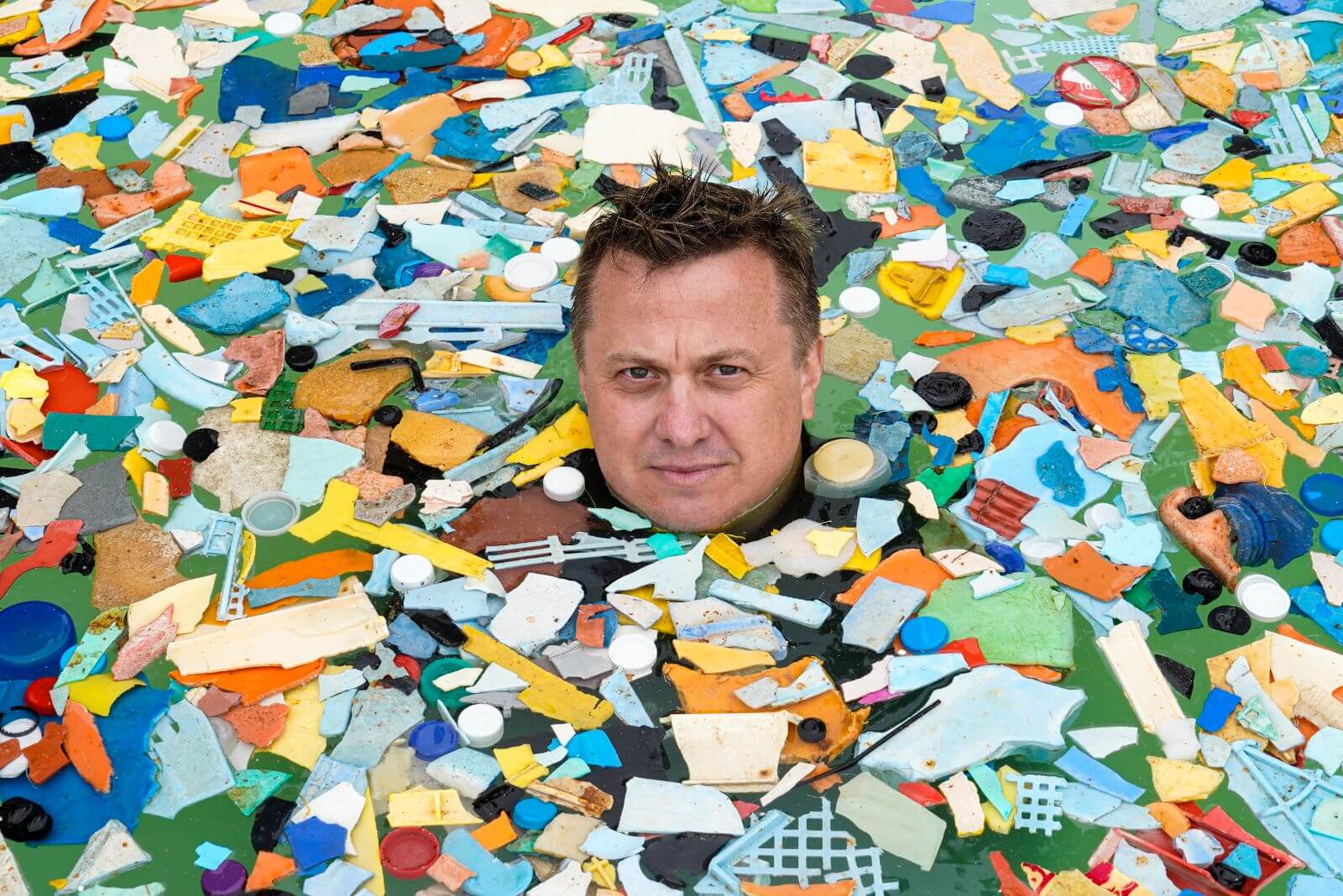 Brodie Neill is a Tasmanian-born industrial designer based in London. Trained at the University of Tasmania and the Rhode Island School of Design in the US, he works across a range of disciplines from product design to private commissions to the creation of limited editions of works close to his heart.

Since establishing his studio in London’s East End in 2006, Neill’s client list has included Riva 1920, Swarovski and Kundalini and he has collaborated with international brands including Microsoft, Mercedes-Benz and Alexander McQueen. In 2013 he created his own furniture brand, ‘Made in Ratio’, which focuses on batch production and open editions for commercial and residential projects. Alongside, Neill’s limited-edition works are sought after by private collectors and museums internationally.

Neill has become particularly identified with his commitment to using ocean plastic waste to create new materials. In 2016, he represented Australia at the inaugural London Design Biennale at Somerset House with a critically acclaimed installation, ‘Plastic Effects’. Here he also launched his ‘Gyro Table’, a 1.8m diameter round table with a kaleidoscopic mosaic pattern depicting the atlas of the world. The piece was inspired by the concept of the 19th century specimen table, but instead of using samples of precious marble, timber and ivory, Neill used his ocean terrazzo – produced by over half a million fragments of ocean plastic. 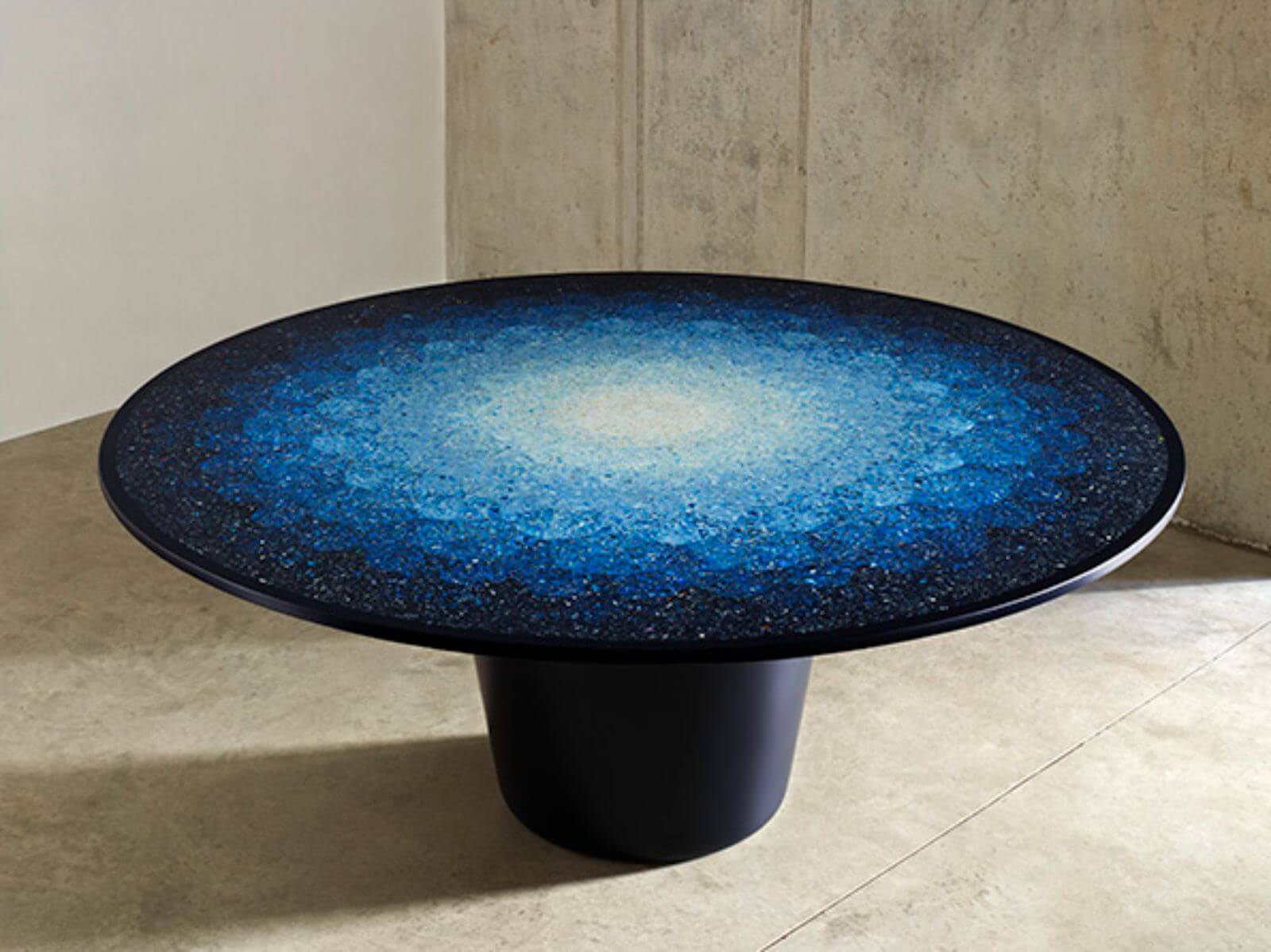 This weekend, on 6th November, as part of a series of London Design Museum Hubs (organised by the Sherman Centre for Culture and Ideas, which is sponsored by the British Council and the Australian Government), Neill will take part in a panel discussion titled ‘Designers, Artists & Artisans’. Ahead of the event, TDE took the plunge, and interviewed the designer in a swimming pool. 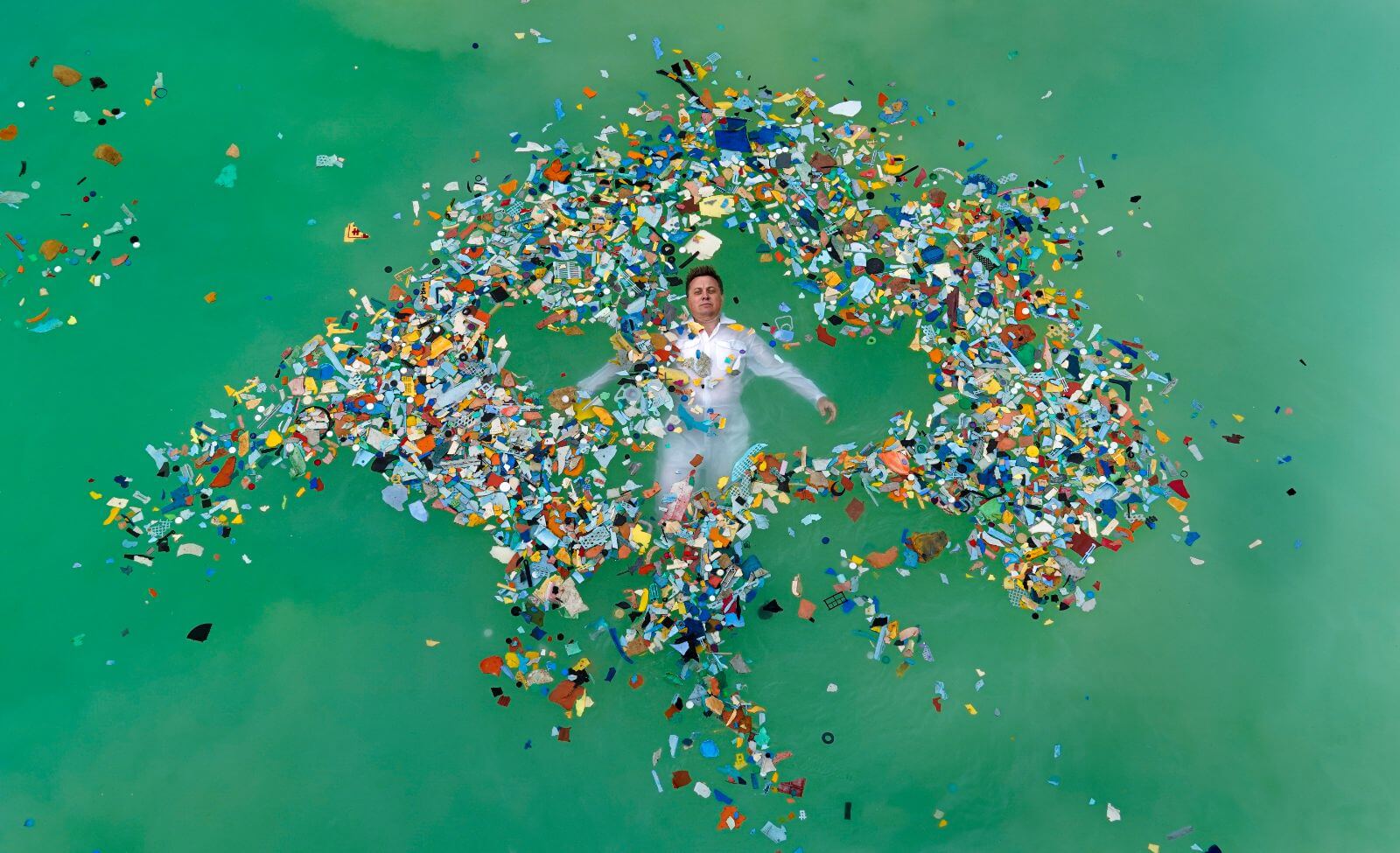 TDE: When did you first start to use ocean plastic?
Brodie Neill: I remember the moment clearly. I was walking along a stretch of beach on Bruny Island in southern Tasmania, a remote area many miles from civilisation. It was September 2015 and of course I was aware of the presence of marine debris elsewhere – but I didn’t for a moment think it would penetrate such remote areas as the pristine beaches of my childhood memory. There before me was a scattering of synthetic fragments splayed along the shoreline, each piece a robust material derived from fossil fuels and built to last, even if only used once and discarded. I realised something had to be done in order to return this material to a new, functional purpose and to free from plastic waste the environment it is choking. From that day on I have endeavoured to find innovative ways of transforming ocean microplastics into the building blocks of provocative designs – to help raise awareness of the issue whilst also repurposing millions of synthetic fragments into long lasting editions. 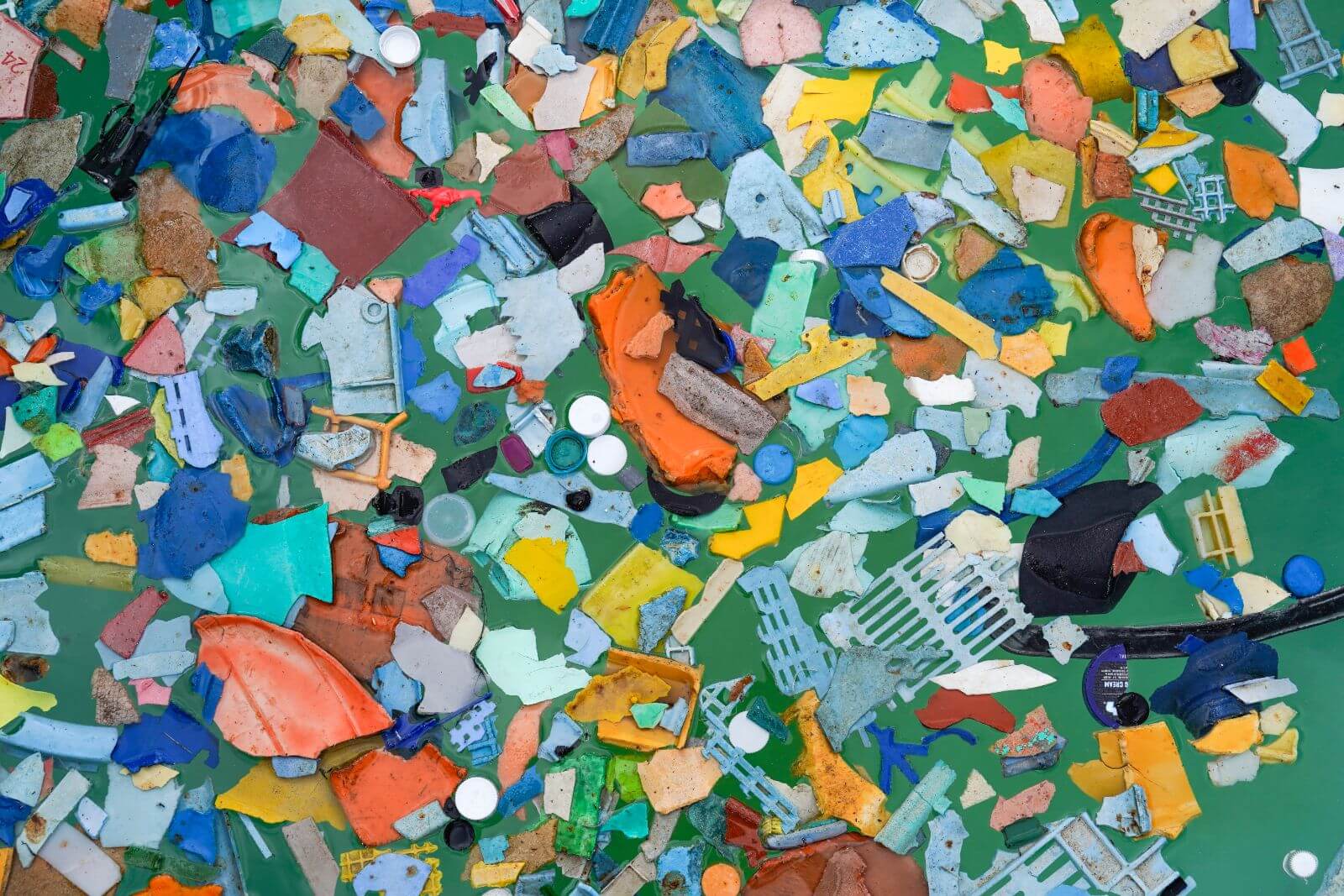 TDE: Why did you want to use this material?
Brodie Neill: My interest in ocean plastic as a material stemmed from a series of recycling projects that date back to 2006, most notably with the ‘Remix’ – a limited edition chaise longue consisting of 44 layers of reclaimed woods and recycled plastics remixed into single smooth organic form. Whilst the idea of what to do with ocean plastic simmered away, the opportunity arose to represent Australia at the inaugural London Design Biennale at Somerset House in 2016.  How better for Australia, the world’s largest island, to take the leading role in the stewardship of the oceans than by bringing the global issue of ocean plastic, physically, to the round table of the world design forum?  Hence the ‘Gyro Table’ was born, along with the intensive research and international network that helped make it happen.

TDE: How has your way of working with plastic changed over the last seven or eight years?
Brodie Neill: The ‘Gyro Table’ was an exceptional piece, but by no way was it going to make a dent into the abundance of microplastic around the world. I needed to find a way to make furniture pieces from single castings rather than mosaic tiles and this research led to the ‘Flotsam’ series, named after the maritime term for debris lost at sea. Both the ‘Flotsam’ bench and pool premiered as part of my multimedia ‘Drop in the Ocean’ exhibition; an immersive installation especially commissioned as a landmark project for the London Design Festival in 2017. 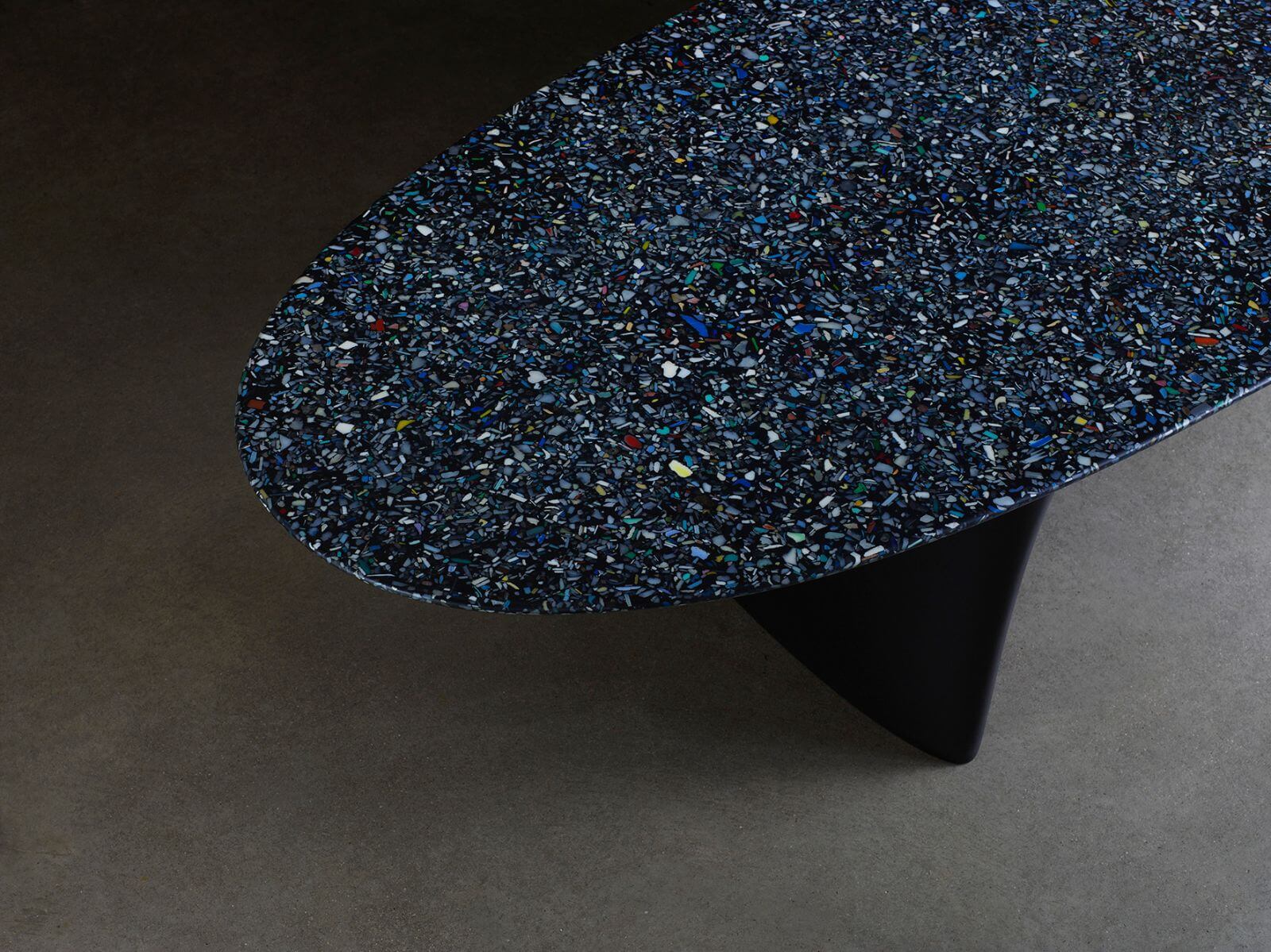 For Milan Design Week 2019, I addressed the urgent call to action in the form of the ‘Capsule’, the ocean plastic hourglass that replaced traditional sand with thousands of tiny fragments of ocean plastic, in a symbolic representation of time running out. More recently, the ‘Flotsam’ technique has been expanded to include the ‘Jetsam’ table, where the leftover microplastic from the ‘Gyro Table’ gets used. 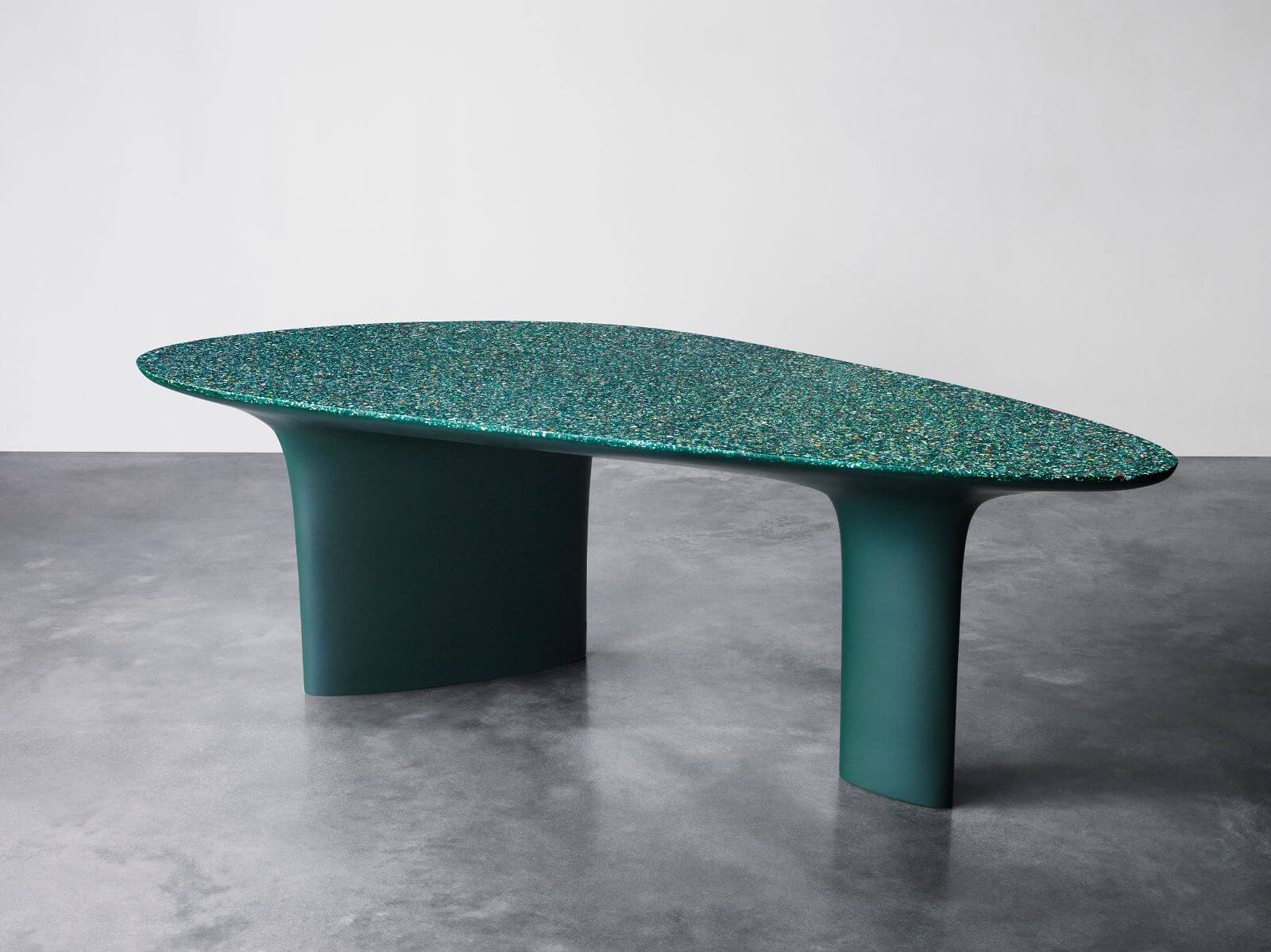 Once the blue hues of the ‘Gyro Table’ are removed, I am left with copious amounts of green, red, yellow and so on, which give ‘Jetsam’ its more vibrant terrazzo tone. 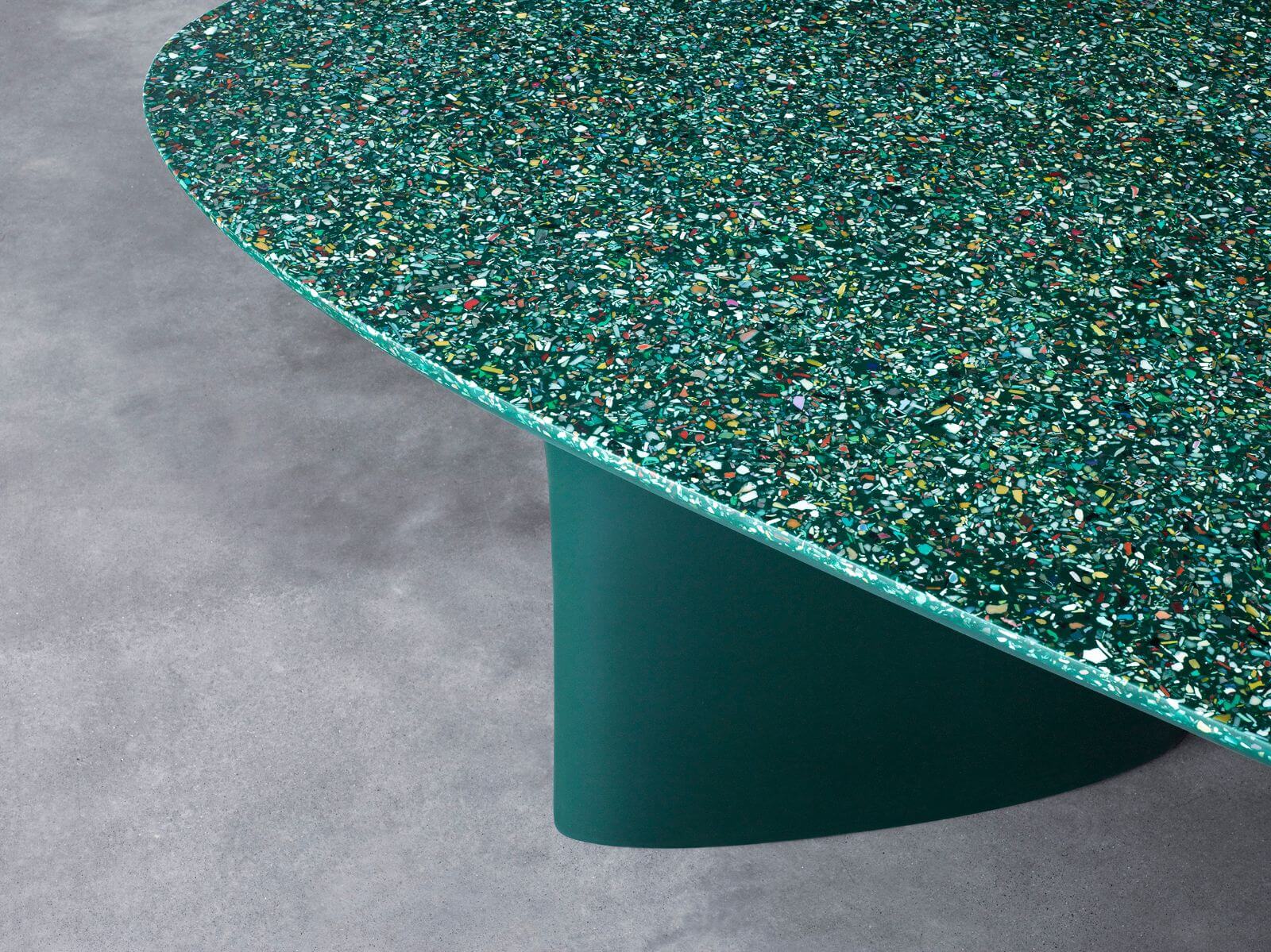 ‘Jetsam’, along with a low ‘Flotsam’ coffee table and a reversed ‘Gyro Table’, featured as part of my ‘Material Consciousness’ show at Sotheby’s earlier this year. 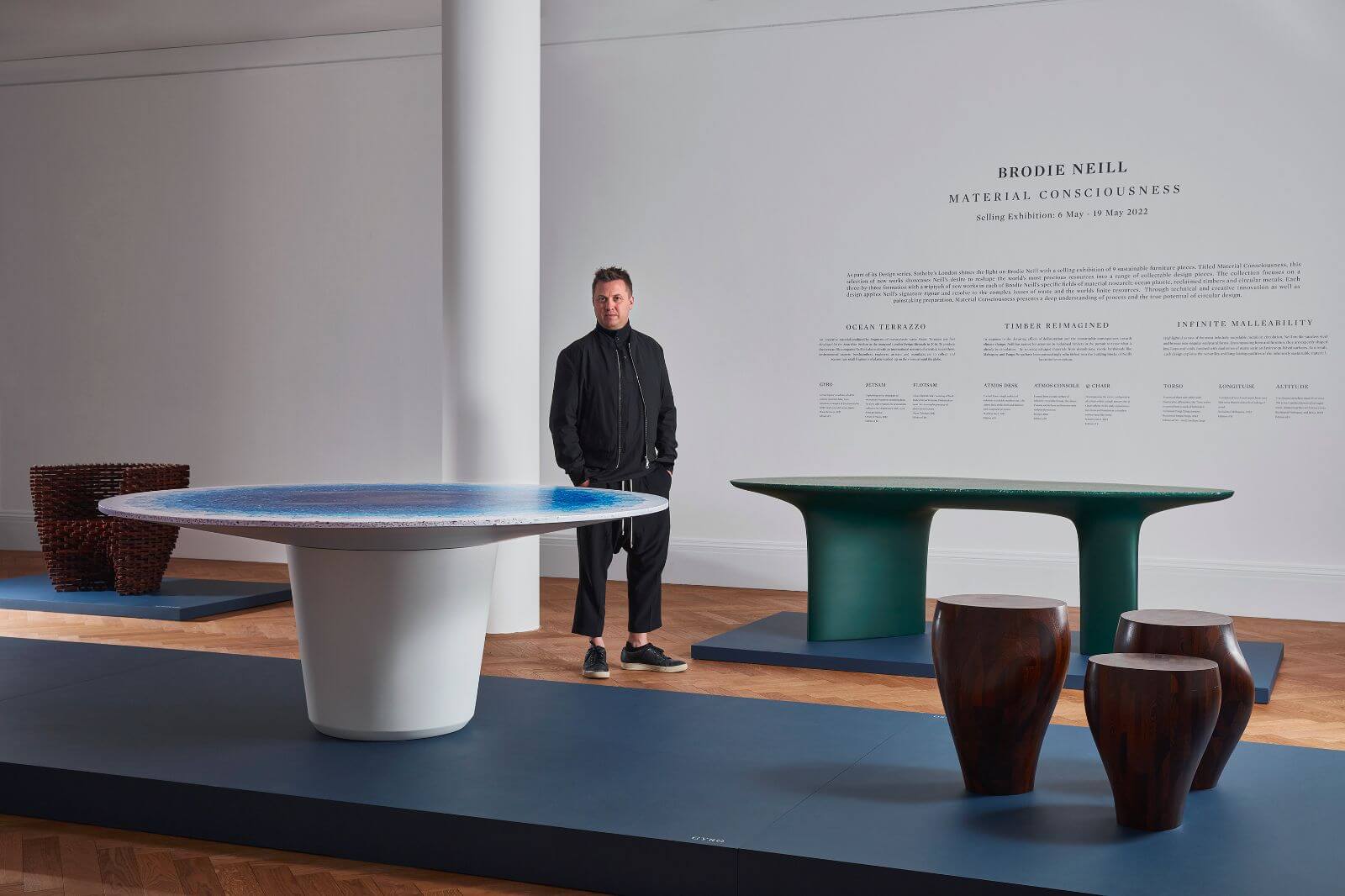 TDE: What has working with this material taught you about the potential for using recycled materials?
Brodie Neill: Working with ocean plastics is by far the most difficult material I have experienced due to the vast complexity of the environmental issue. From beach cleaning to recycling, the odds are stacked against you in finding a golden solution. I’ve had to call on all my prior material knowledge merged with a persistent endeavour to research and engage with the numerous partners who help make it happen. This perseverance has raised the bar in what can be done with other materials such as glass, metal and wood. The levels I go to in repurposing reclaimed wood is almost absurd. Take the 5,000 African hardwood parquet blocks that we painstakingly refurbished before stack laminating and CNC shaping the ‘Origin’ and ‘Torso’ tables and the ‘Meridian’ bench. There’s no way I would use this rare and endangered wood in its virgin form, so I had to source it from a school renovation in Leicester where it had lain since the 1950s.

Two current projects drastically transform wood that has been used in industry and architecture for decades into finely finished contemporary furniture editions, all with forms and functions that pay homage to their original purpose. This depth of narrative in each design is important and it allows my work to become a conduit for more important issues. Ultimately, objects need to transcend their material quality, to go beyond simply being a sum of their parts and represent something much bigger.

TDE: What will you be showing in Tasmania?
Brodie Neill: My exhibition in Tasmania is a mini retrospective featuring 12 career-defining designs under the umbrella title ‘Resonance – the instinctive designs of Brodie Neill’. Each furniture piece has been selected not only to display a diversity of functions but also to reconnect with the foundations from which they are inspired, Tasmania.

TDE: What are you working on next?
Brodie Neill: As well as a string of private and site-specific commissions, 2023 is shaping up to be yet another busy year with exhibitions. Next year marks the 10-year anniversary of my ‘Made in Ratio’ collection, a label I set up in 2013. This collection will premiere at Milan Design Week with designs that reflect the pioneering spirit in which the brand was built. There are also plans for three other exhibitions in Australia and Europe that will feature iconic editions alongside new experiments that are currently in development. 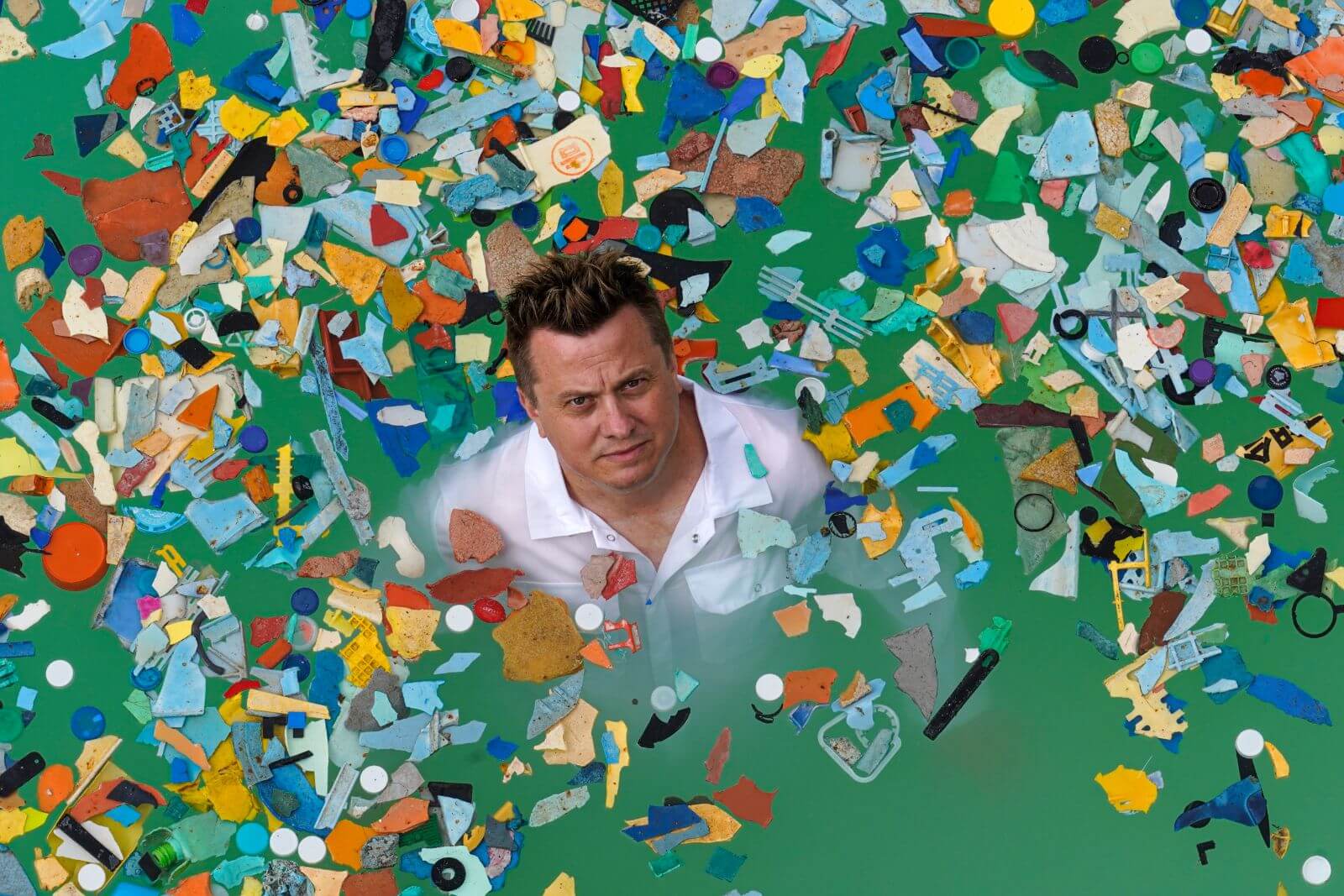 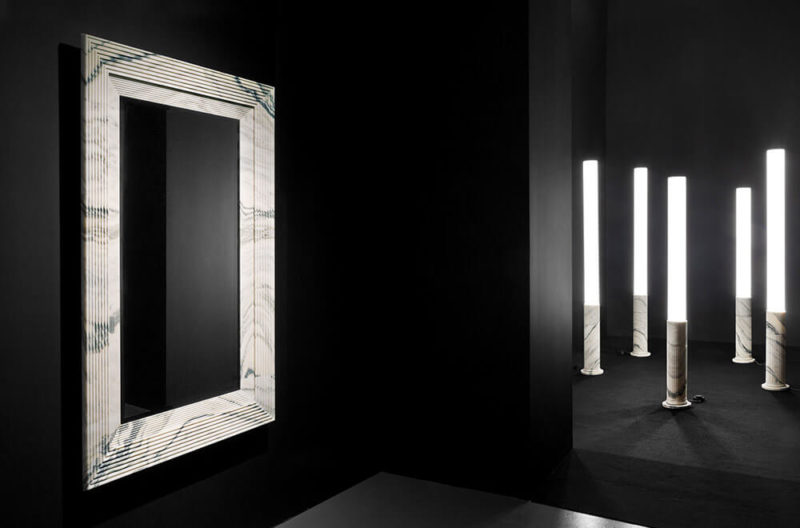 The circular economy: Upcycling, recycling, and using unusual natural products – designers are pushing boundaries in their quest for sustainability. 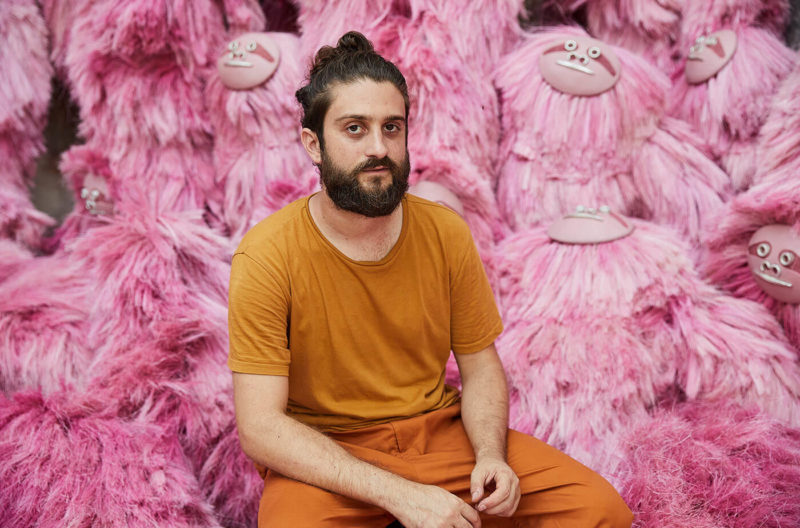 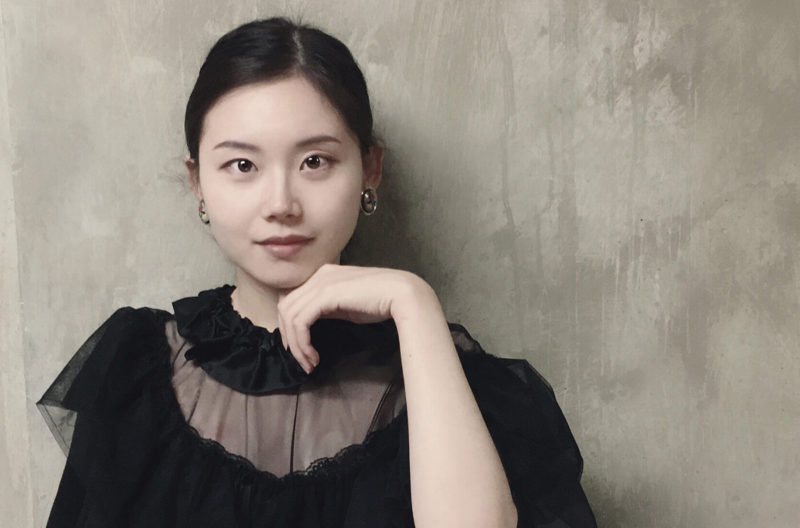 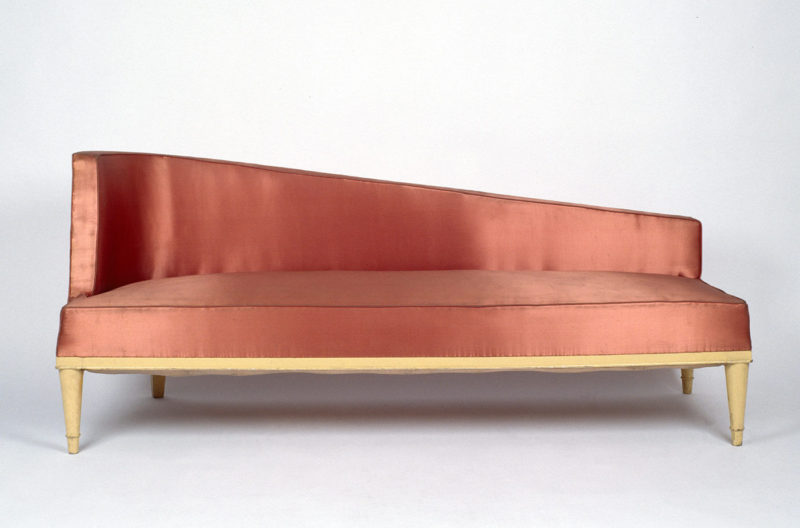