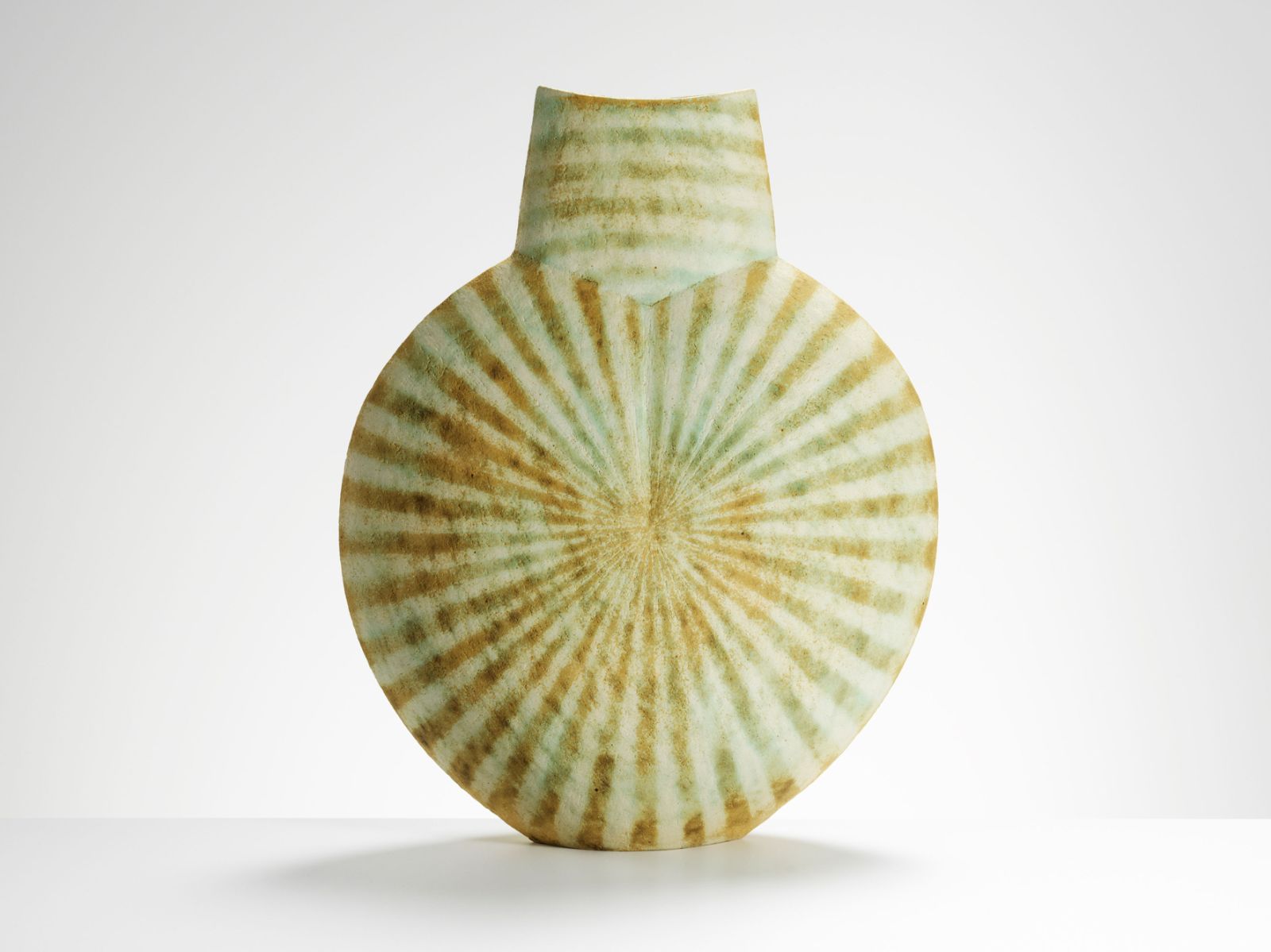 THIS MONUMENTAL STRIPED vessel, on view currently at Oxford Ceramics Gallery, in Oxford, represents the quintessence of British potter John Ward’s art. A statuesque hand-built vessel, it has slowly grown from thin strips of clay before being burnished with a pebble. It owes its form to fundamental geometries – the disc, the funnel – and its surface to a chalky matte white glaze, through which mottled green bands, breaking to rust, emerge in radiating lines, creating a high degree of tension and stasis. Looking both archaic, in its simplicity, and distinctly modern in its form, this vessel has the pleasurably unexpected difference between the oval presented to the viewer from the front and the long, lean elliptical profile offered by the side view. It embodies a highly refined sense of volume, asking to be displayed full frontally but inviting the viewer to imagine the spare space inside.

Ward graduated from Camberwell School of Arts and Crafts in 1970, when British Studio Pottery was at a height of experimental diversity. Among his tutors were Hans Coper and Lucie Rie, two of the most influential potters of the last century. Although they threw their pots, the slow technique of hand-building had become increasingly popular among Ward’s contemporaries as a means of exploring more sculptural forms.

For Ward, every part of his process is designed to enhance the appreciation of form. As he puts it, “I make pots which can be used but with no prescribed function. This gives me a freedom to explore a wider variety of hollow forms, but I would still describe myself as a potter rather than a sculptor, with a strong connection to the design world and also to architecture.”

It was in 1982, three years after he had moved from London to the North Pembrokeshire coast in Wales, that Ward developed a recipe for mottled green bands beneath a white glaze. The pots created with this skin are among John’s most recognisable. The rhythm of green ripples varies depending upon the geometry of the pot, enhancing our appreciation of the dynamism of the form. Although Ward is hesitant about attributing any particular characteristics of his pots to the beautiful landscape of beaches, sea cliffs, hills and valleys that he inhabits, he does acknowledge that the use of banded decoration to enhance the form, could also “have derived from observing water rippling over grooves or ridges on the beach.” The appeal of these highly sophisticated vessels is undoubtedly the extent to which they reflect nature as much as culture. 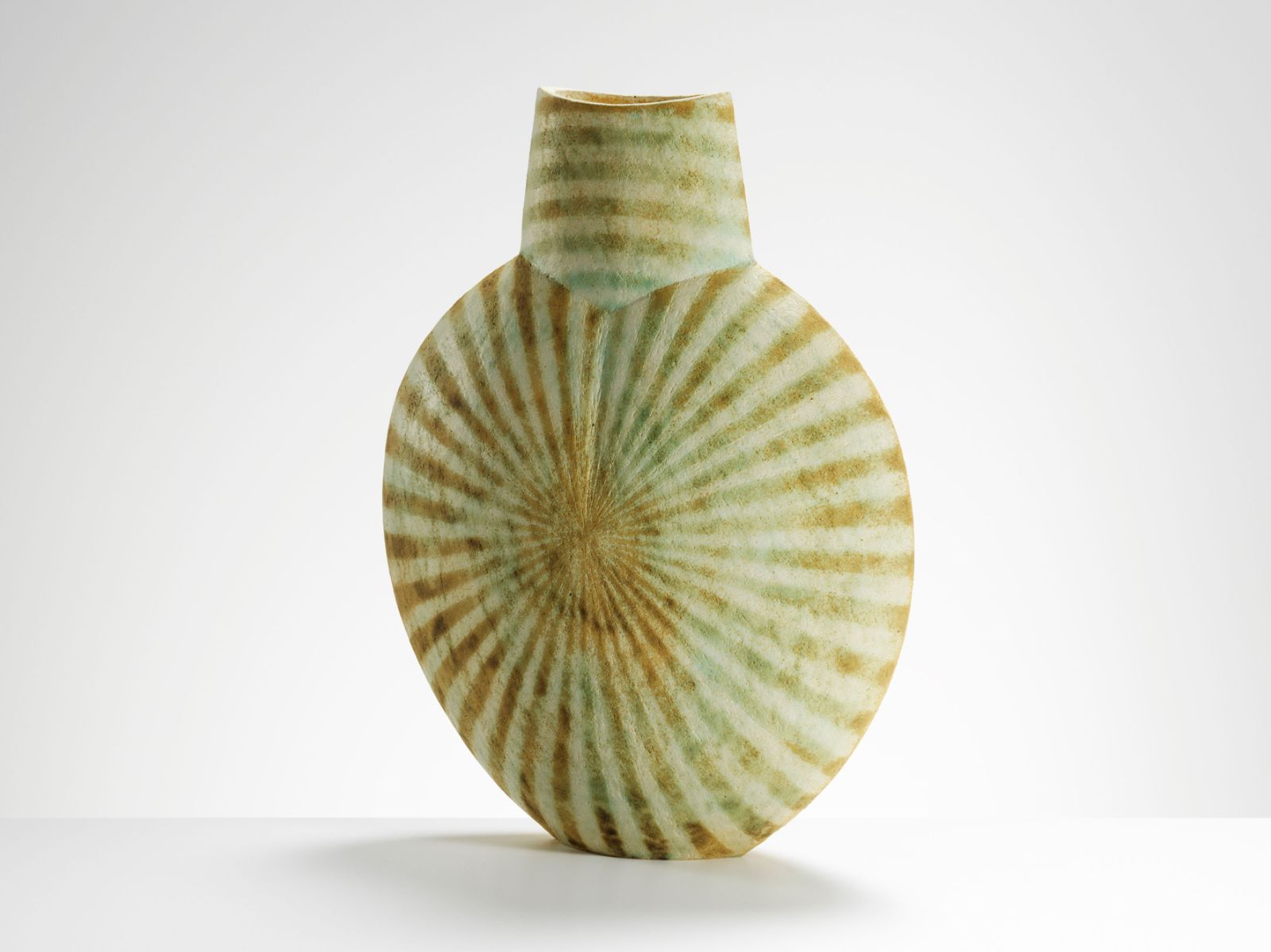 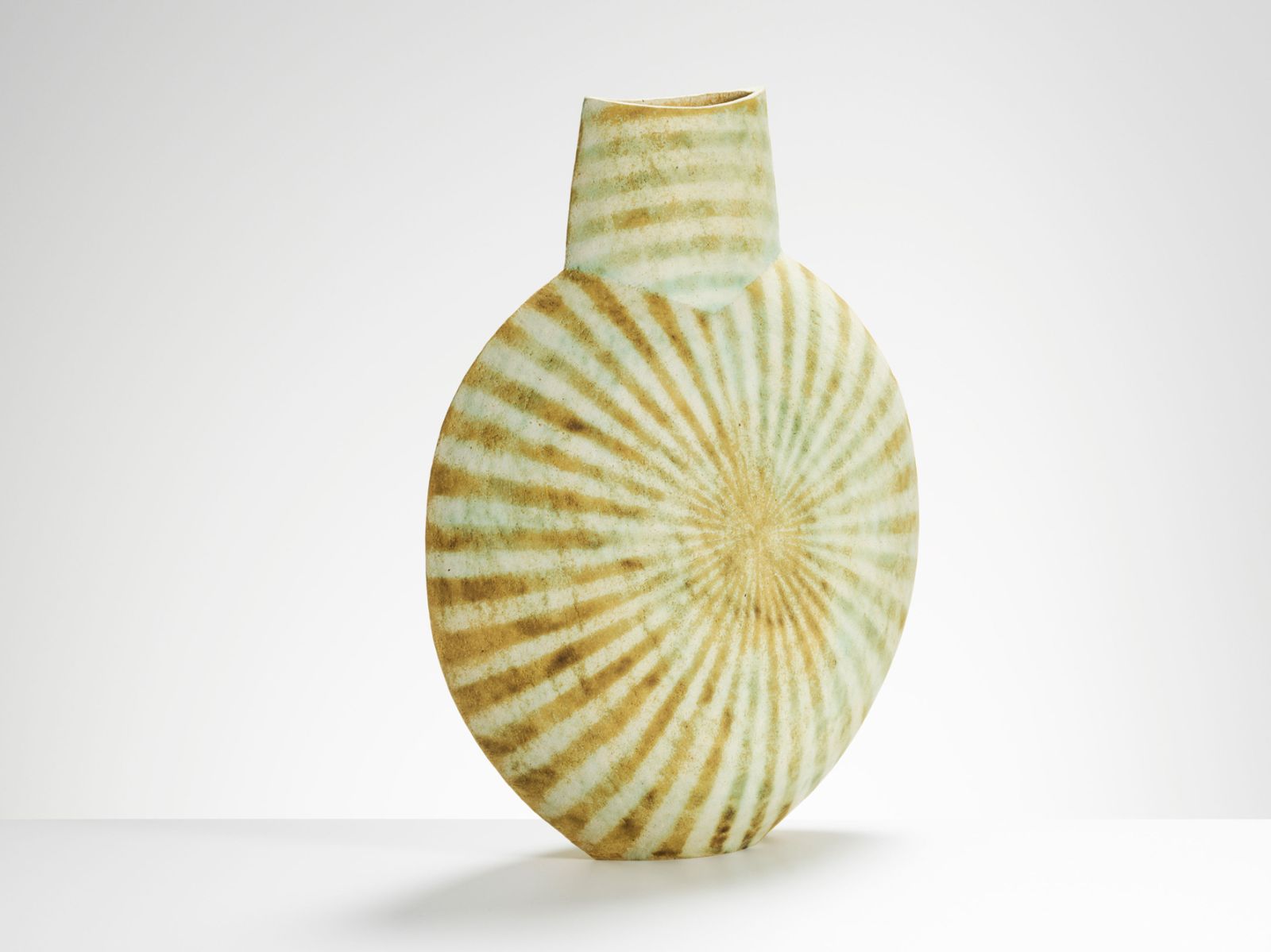 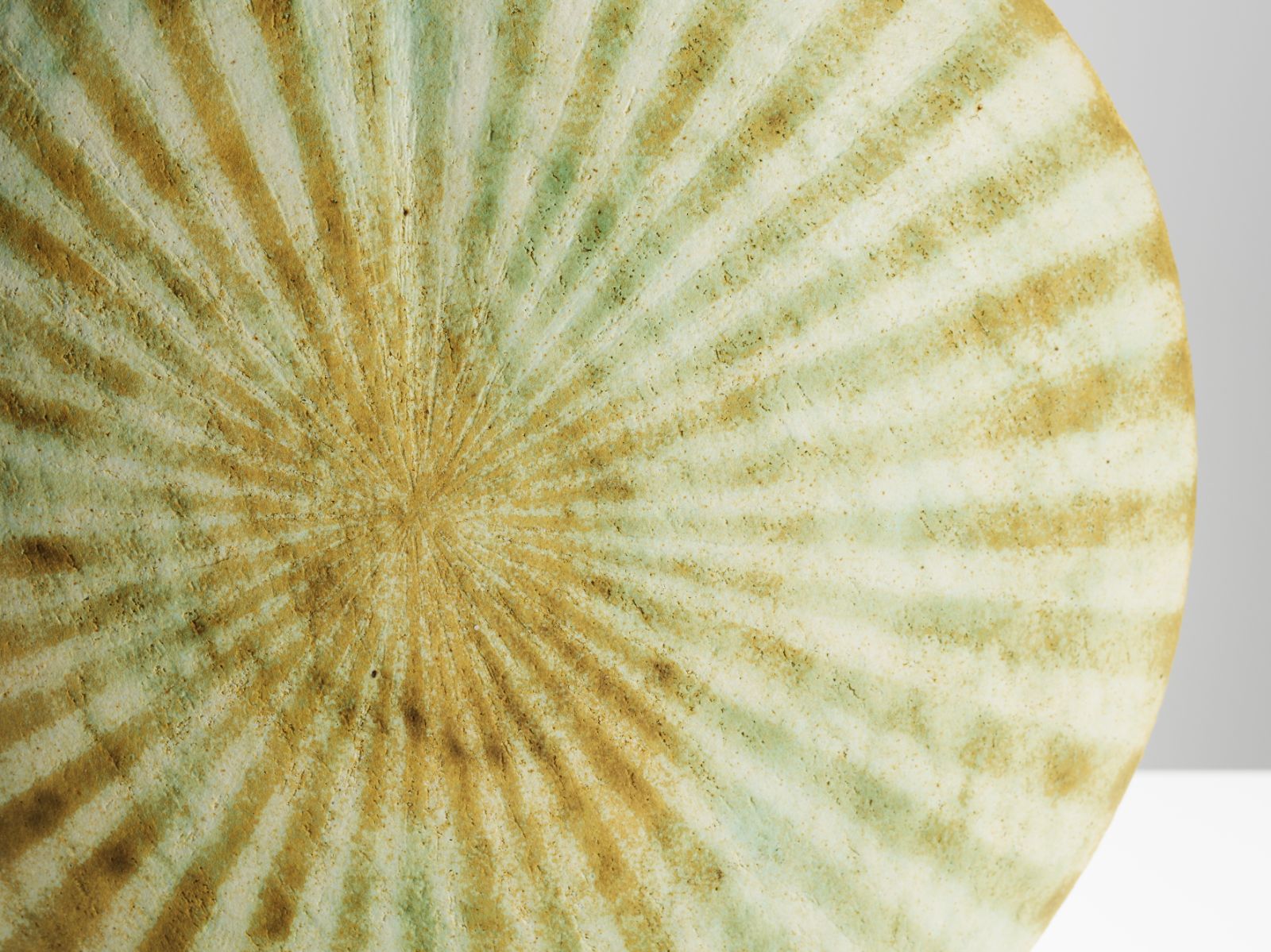 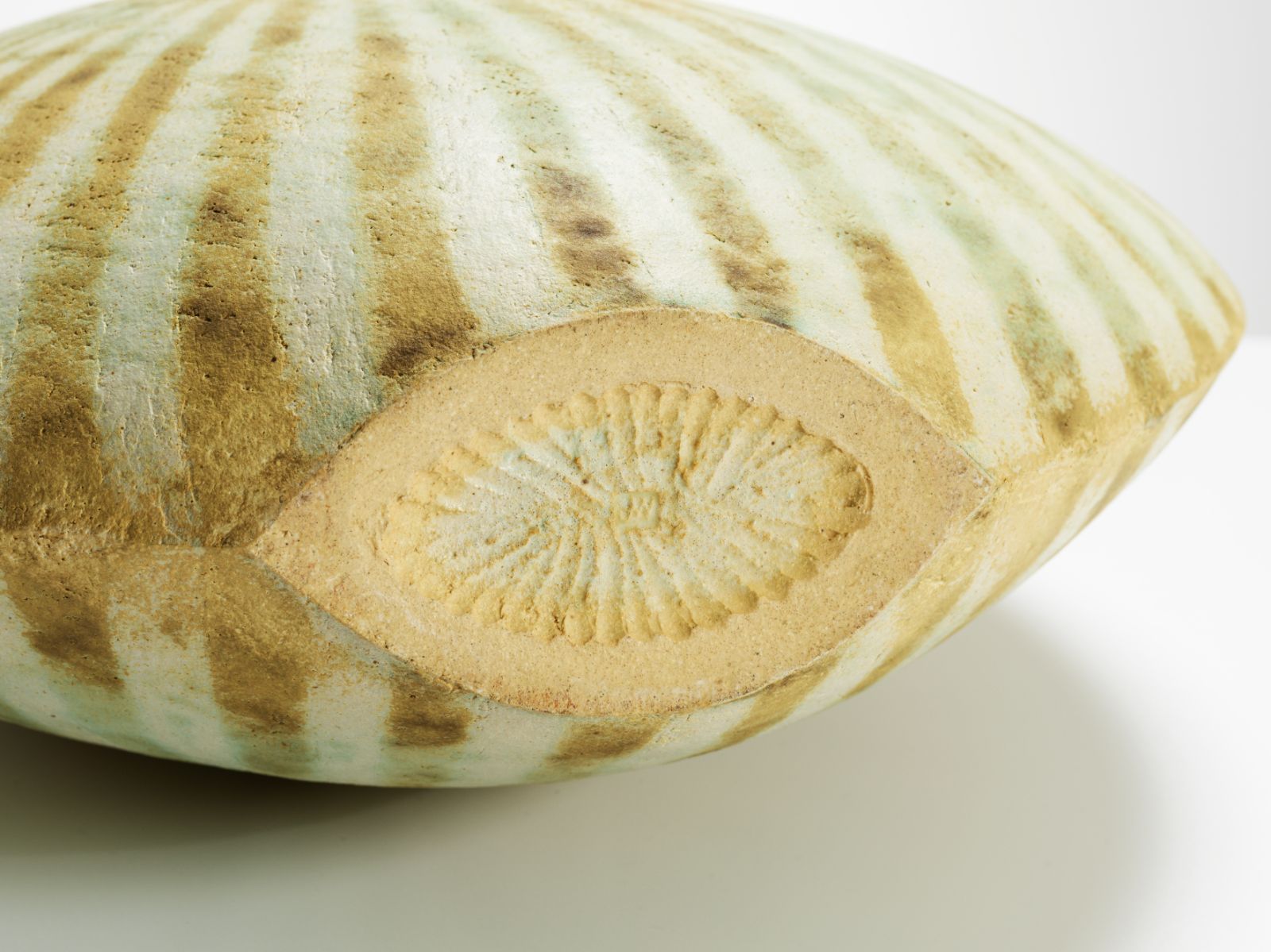 Virginia Leonard: The New Zealand-based ceramicist talks to TDE about how she moved from canvas to clay, and how her work gives a voice to trauma and chronic pain.

By TDE Editorial Team
Object of the Week 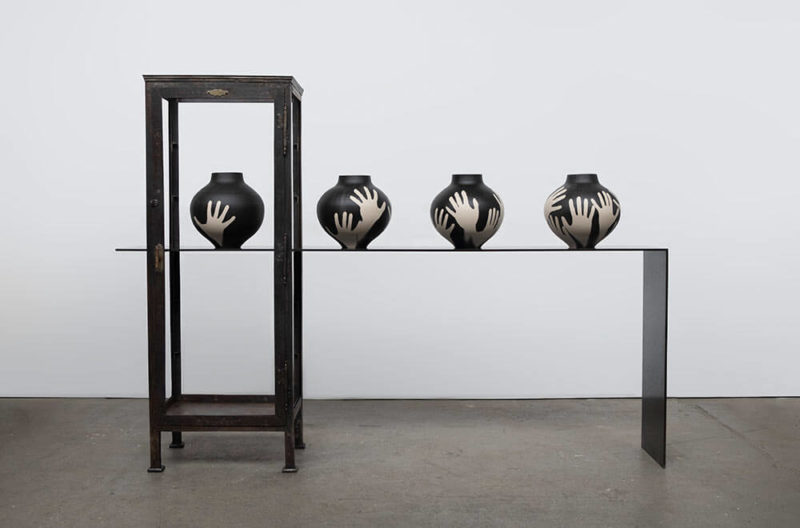 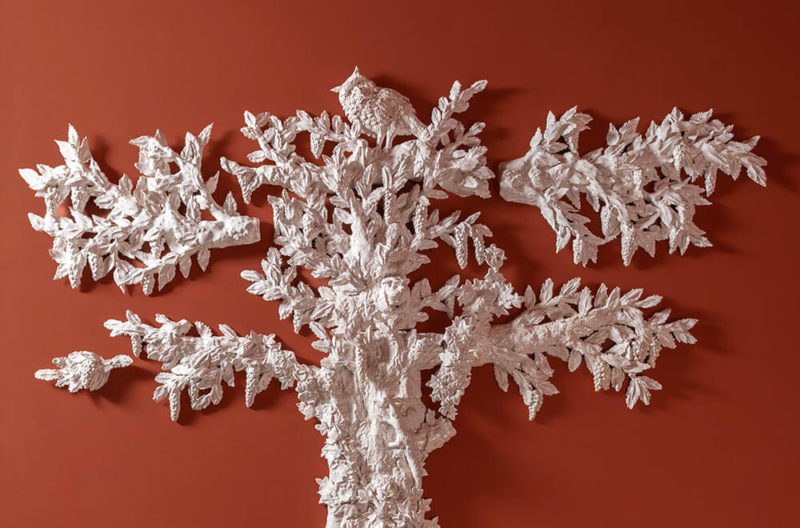 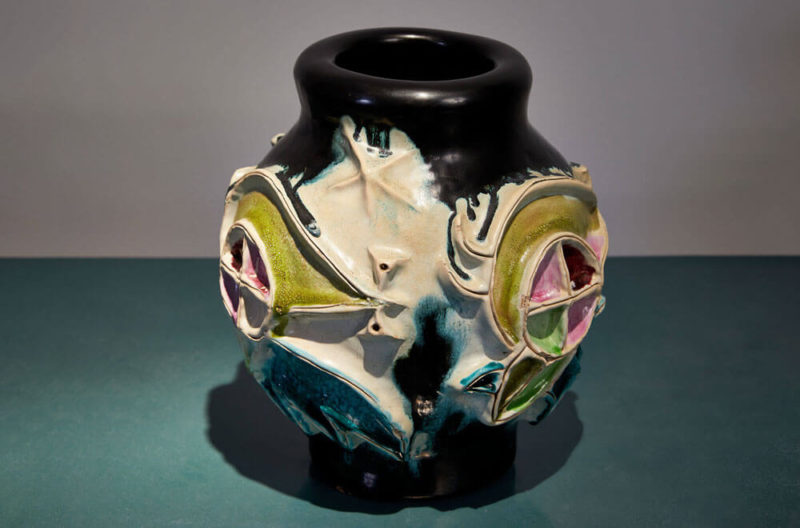